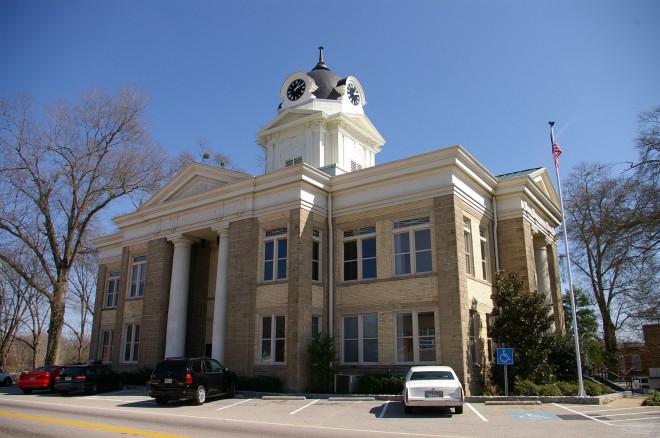 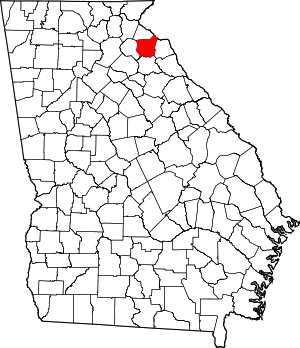 Description:  The building faces north and is a two story buff colored brick, stone and concrete structure. The building sits on the highest point on edge of a wide ravine on landscaped grounds in the center of Carnesville. The building is a Greek Cross plan with entrances on four sides. The entrances on each side are extended from the building and have two large white colored Doric columns each having a full entablature with triglyphs and metopes and a pediment. A wide horizontal band runs below the protruding cornice at the roof line. On the center of the roof is a large square white colored dome with clock and black colored roof. In the interior, wood paneling has been used on the plaster walls and acoustical tile ceilings are used throughout. The courtroom is located on the second story. The building houses the Superior Court of the 10th Judicial District. The building was renovated in 1997. The contractor was Bowen & Watson Inc, of Toccoa.

See:  The architect,  Walter Chamberlin of Knoxville, Tennessee also designed the courthouse in 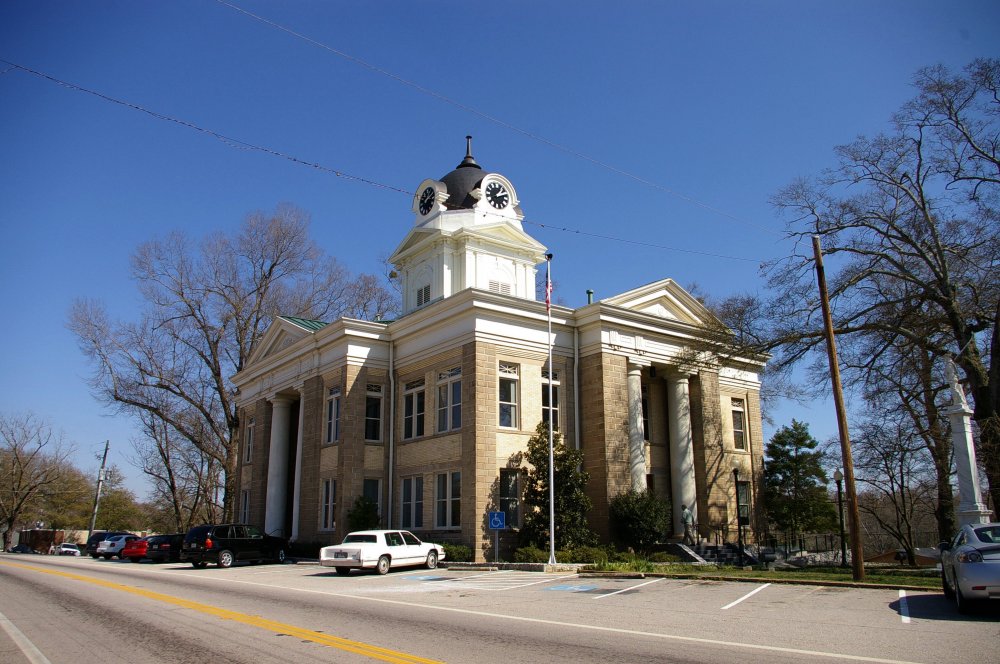 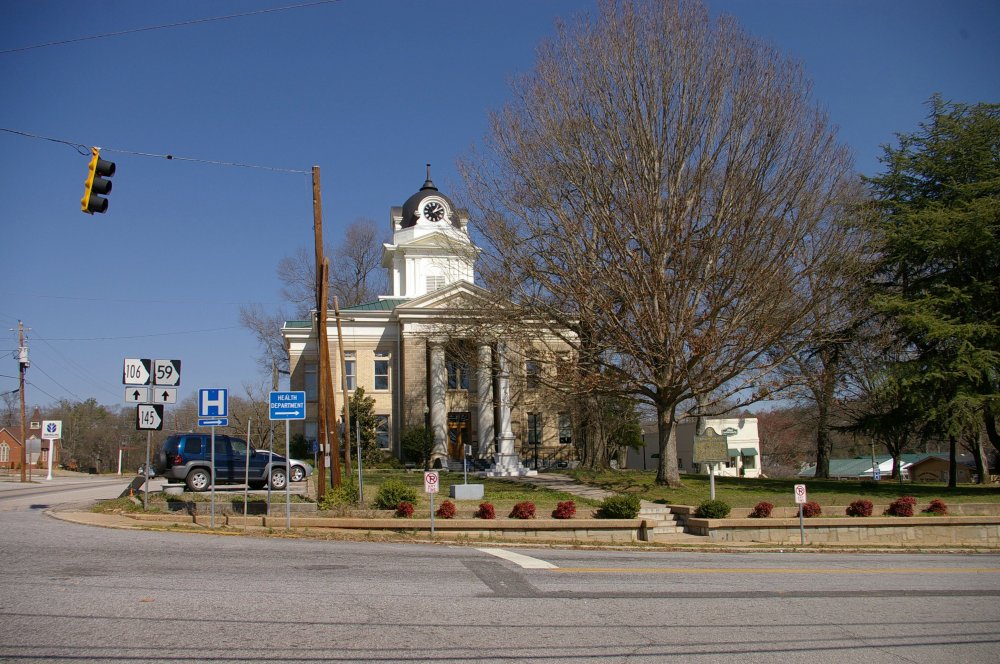 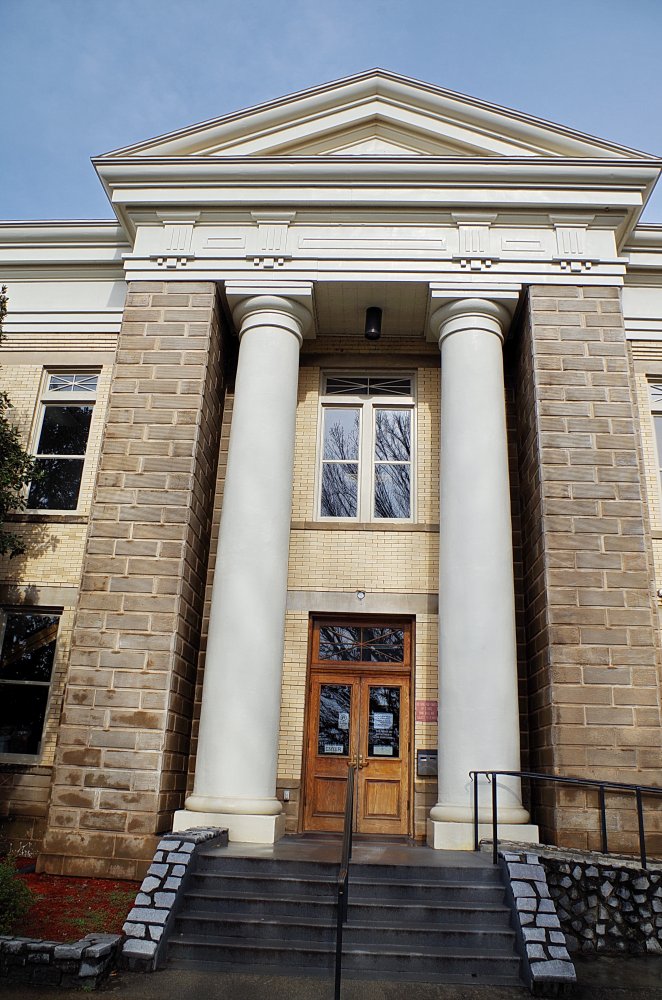 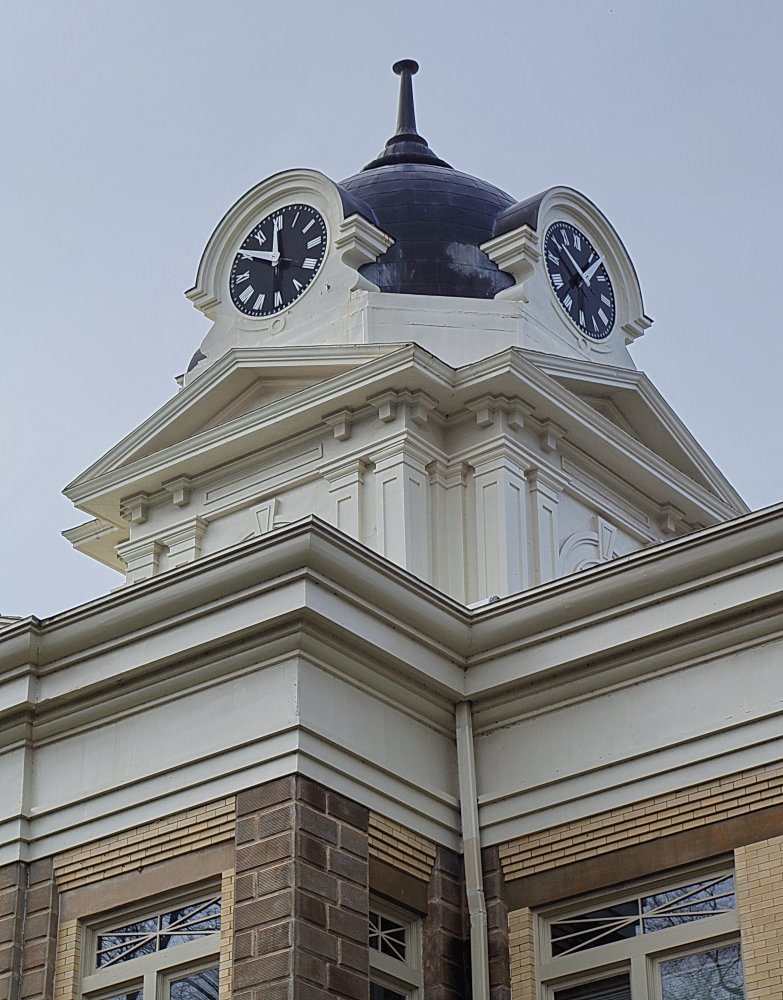 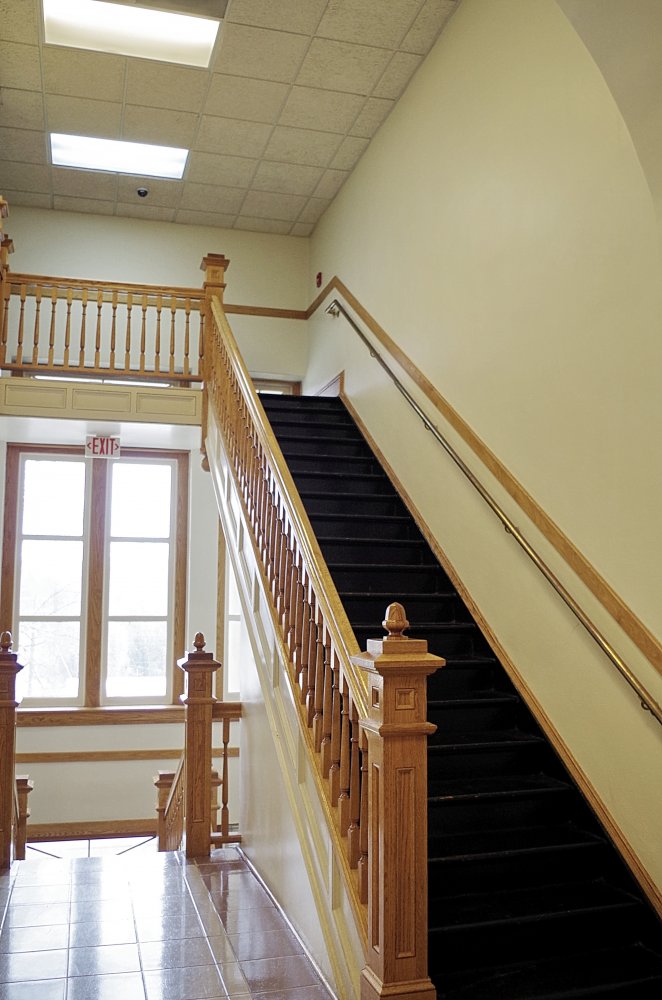 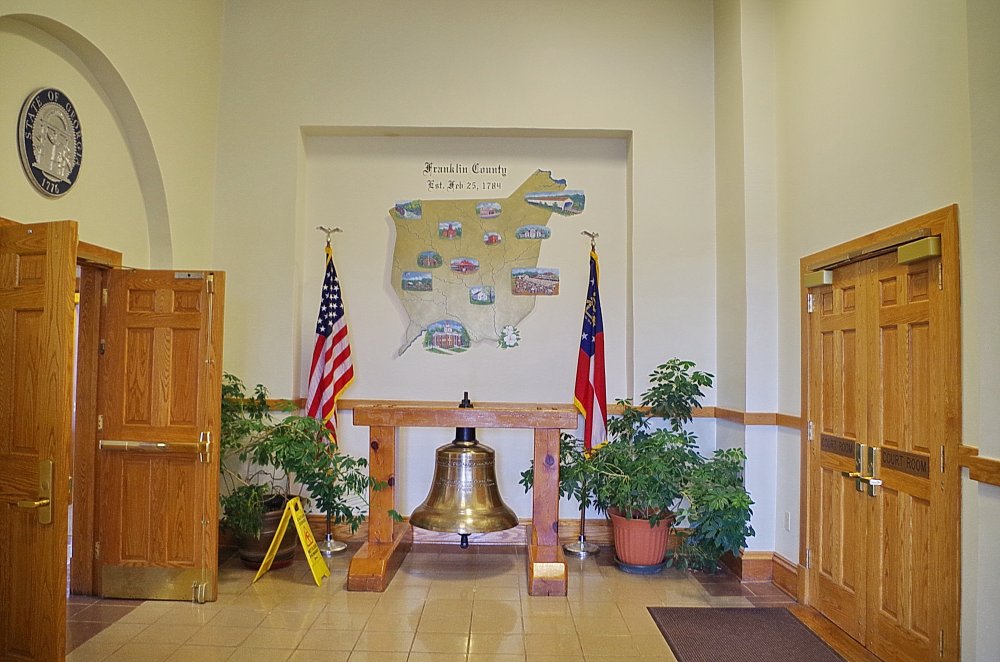 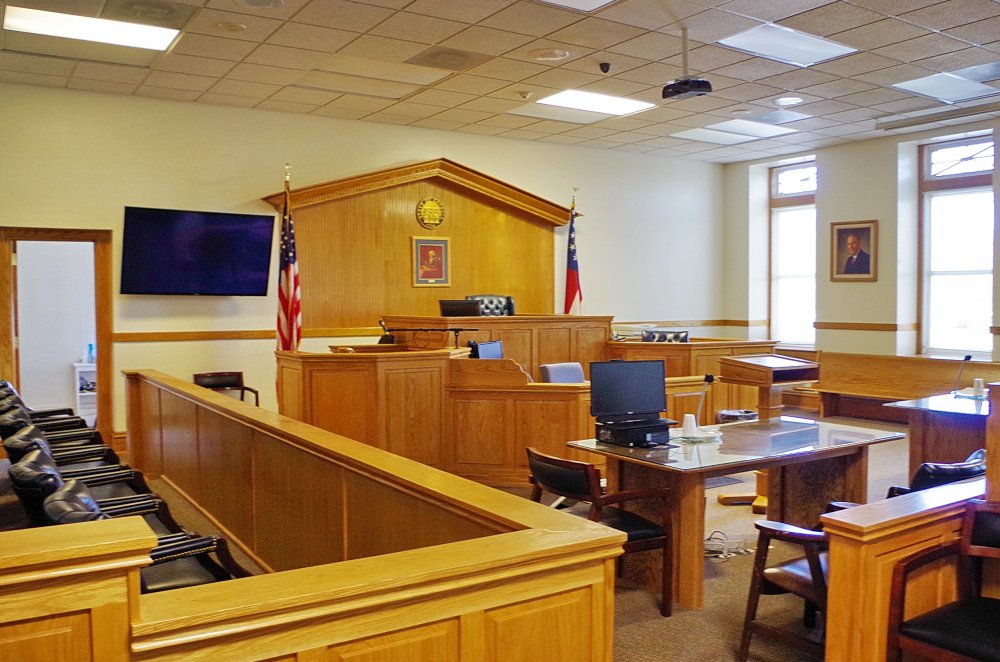 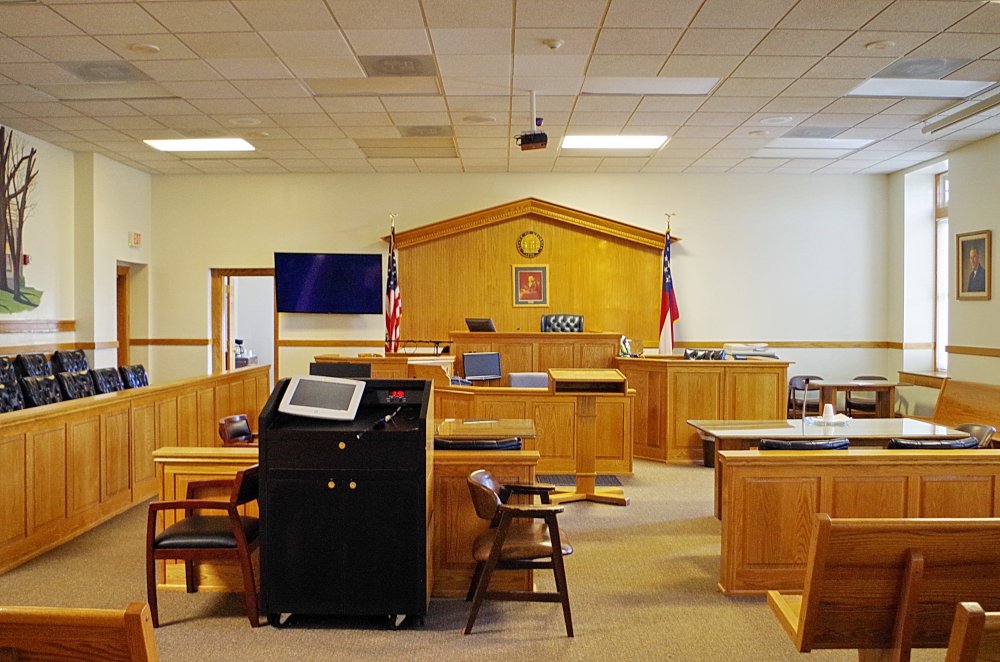 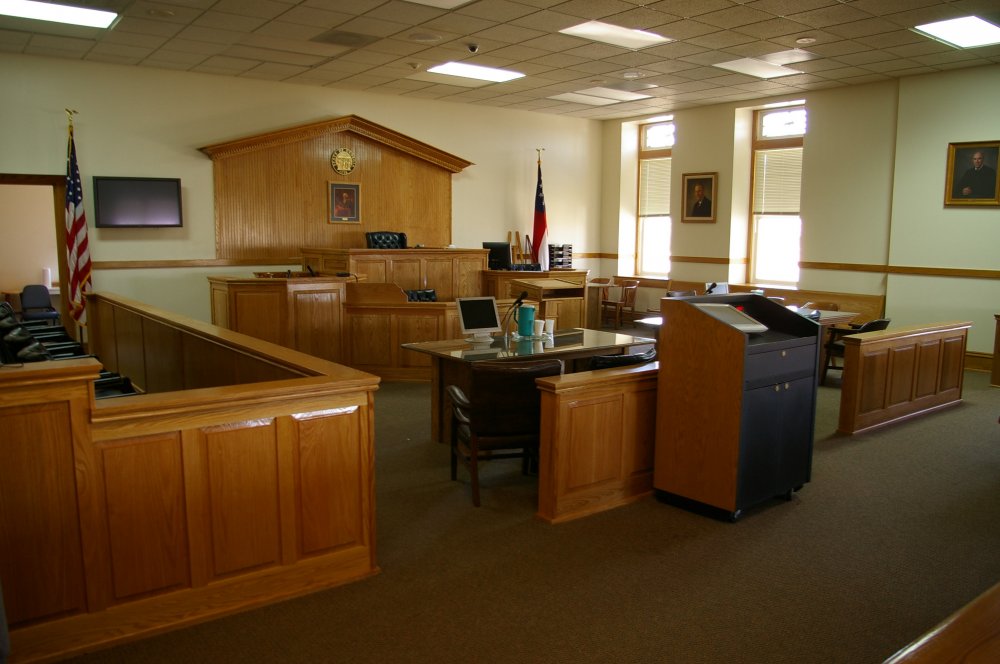 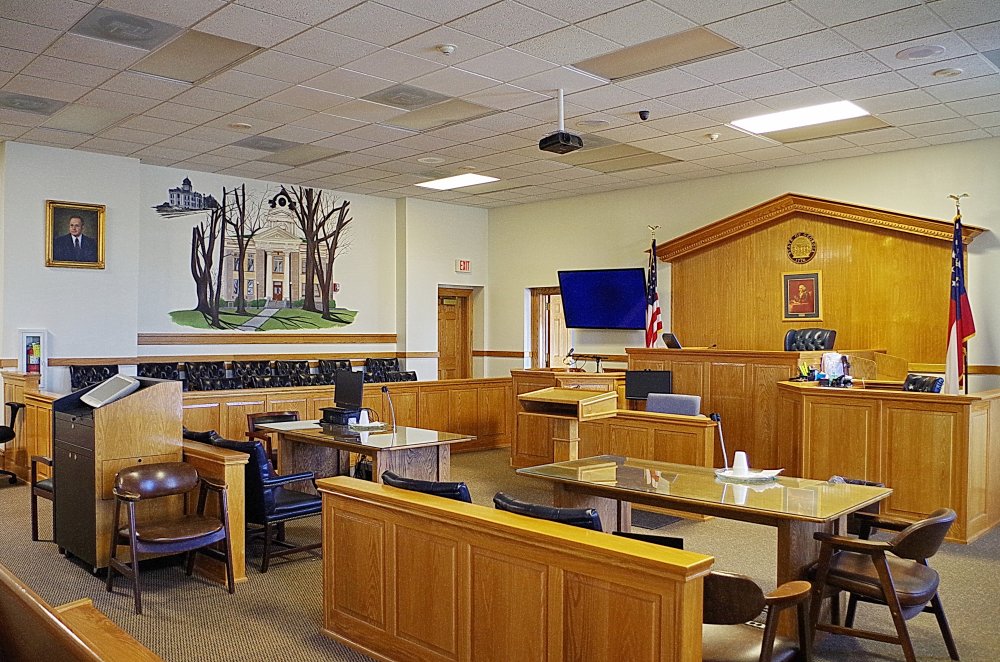 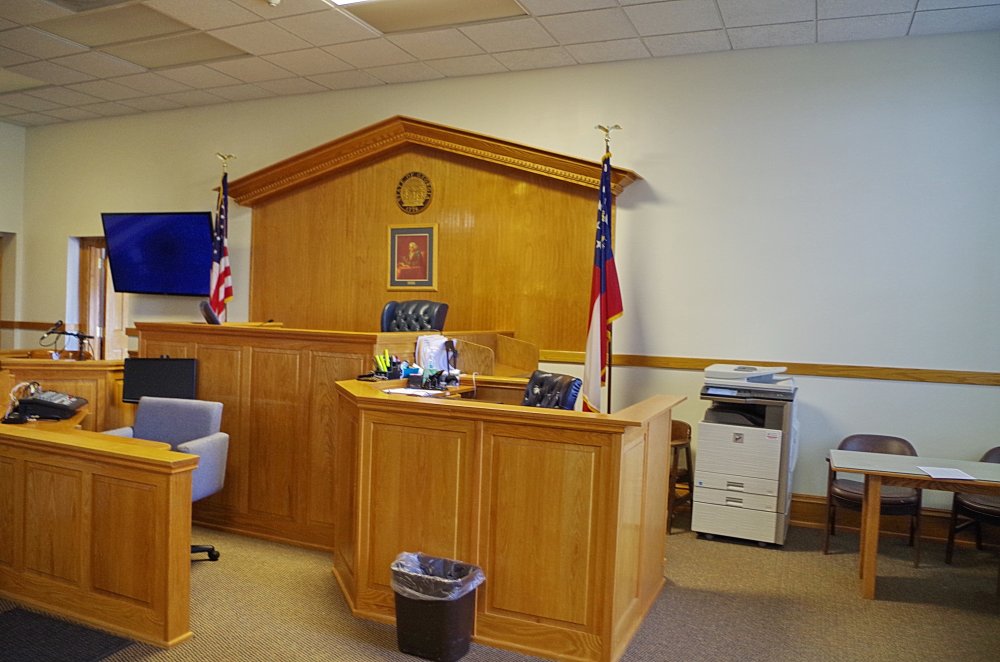