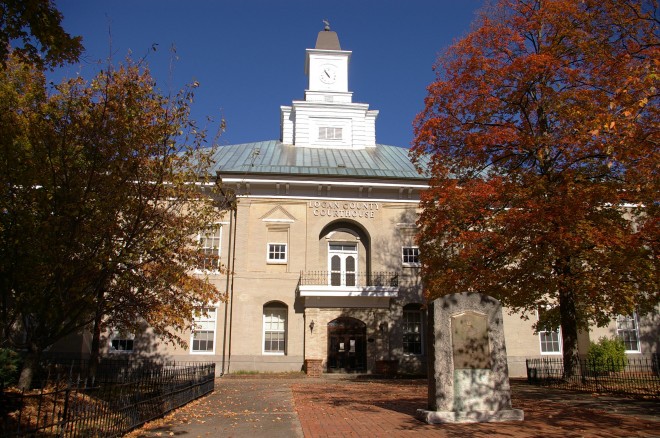 Logan County is named for Benjamin Logan, who was a military general from Virginia, and who lived from 1742 to 1802.

Description:  The building faces northwest and  is a two story light colored stone structure. There is a small stone portico at the arched entrance on the northwest side. Above the portico is an arch with recessed doorway. The main section of the building extends north and south with a green-gray colored title roof. At each corner of the building is a square pavilion. The architect was and the contractor was . In 1972 and 1973, renovations added a new white colored square cupola with clock. The architect was Harrison, Hisle and Associates and the contractor was Faulkner Construction Company. Description:  The building faces north and is a two story buff colored brick and concrete structure. The building is located on landscaped grounds in the center of Russellville to the west of the courthouse. The north front has a large portico with four columns rising to a pediment at the roof line.  The center section of the building projects with east and west wings. The green colored roof is hipped. On the center of the roof is a tall white colored cupola. 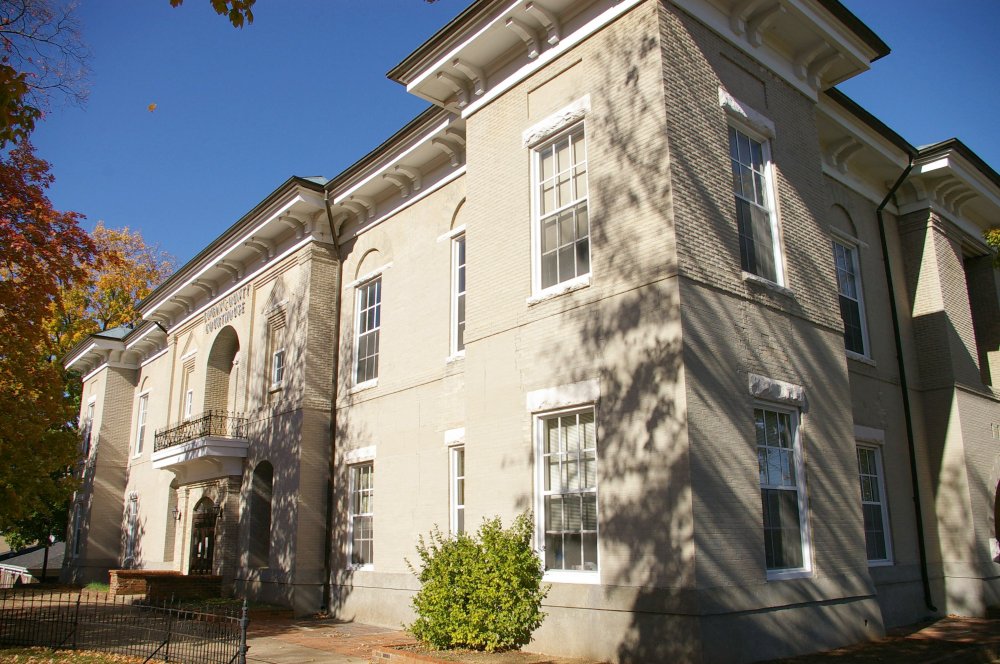 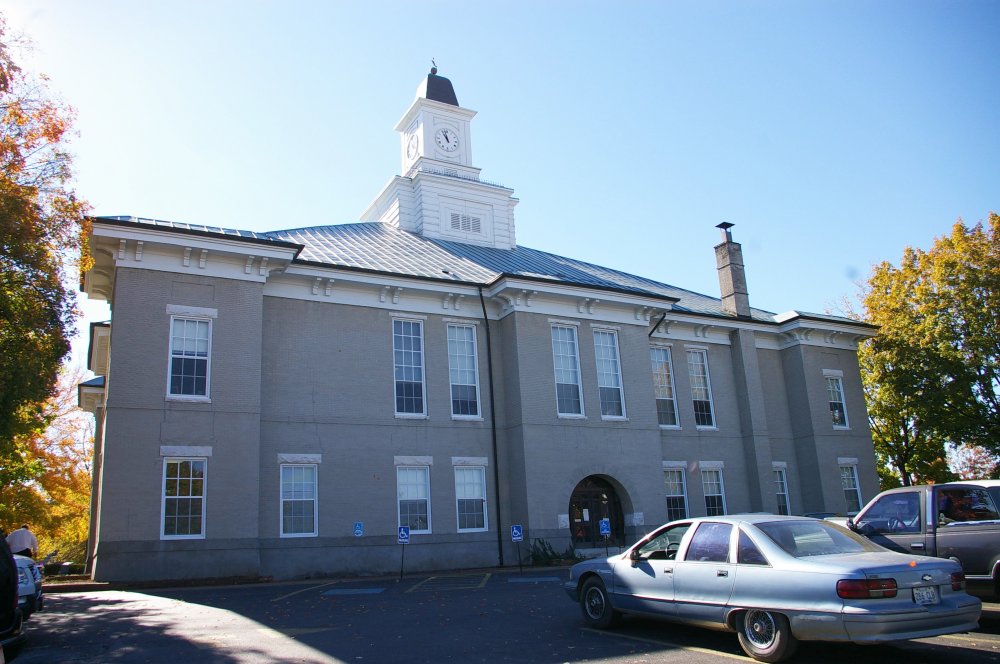