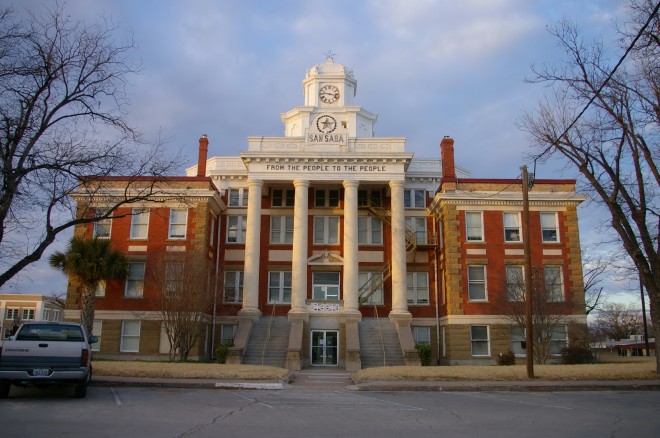 San Saba County is named for the Saba River which was named by the governor of Spanish Texas, Juan Antonio Bustillo, in 1732 as “Rio de San Saba de las Nueces”  as his troops had arrived on the feast day of St. Sabbas, a sixth century monk. 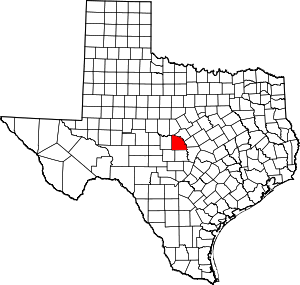 Description:  The building faces north and is a four story red colored brick and concrete structure. The building is located on landscaped grounds in the center of the city. The north front has a large portico with four white colored columns rising from the second story to top of the fourth story with a wide header at the roof line. The first story has dual steps ascending to the second story. There is a similar portico on the south side of the building. The east and west wings project from the main building. On the roof is a large white colored drum with cupola at the top with clock. 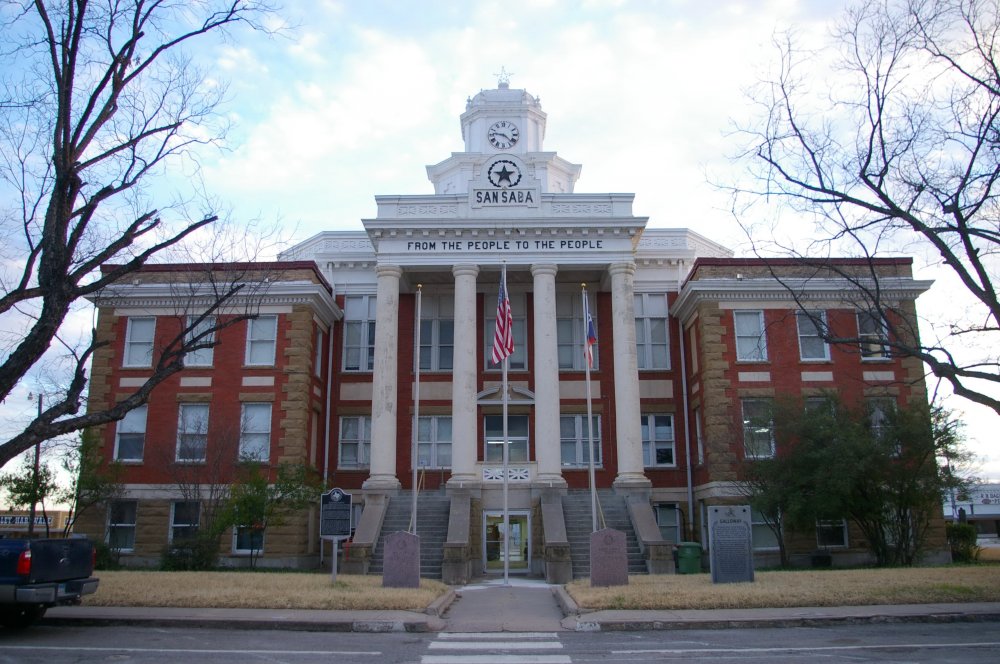 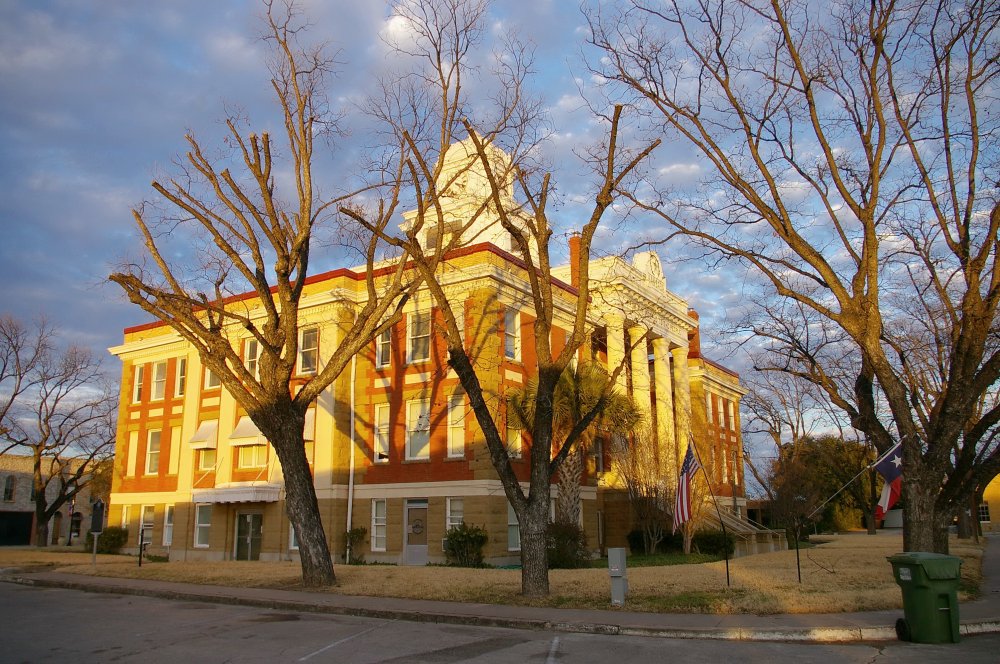 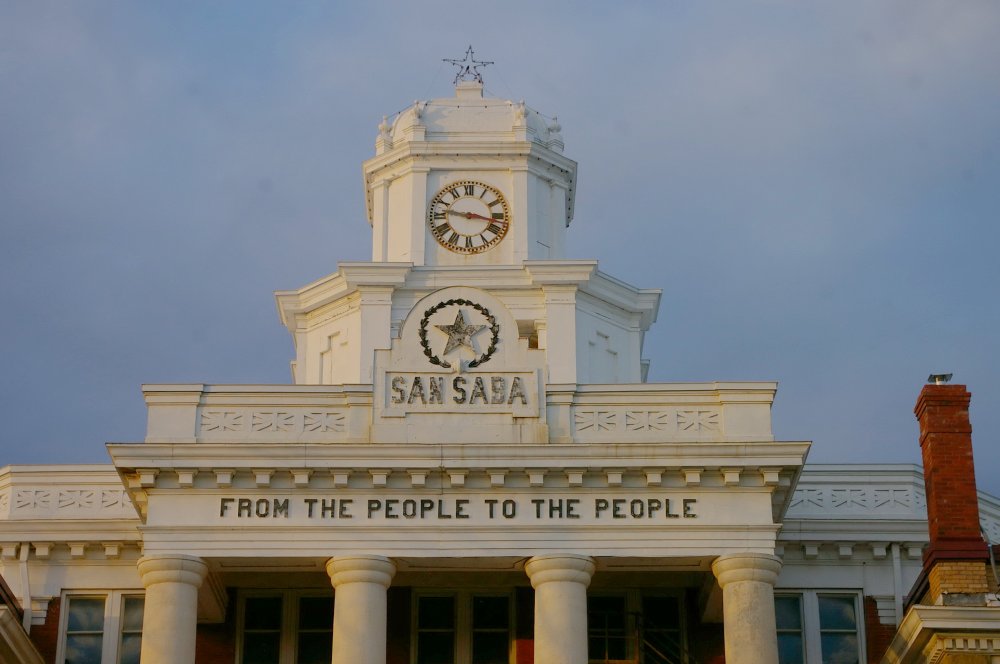 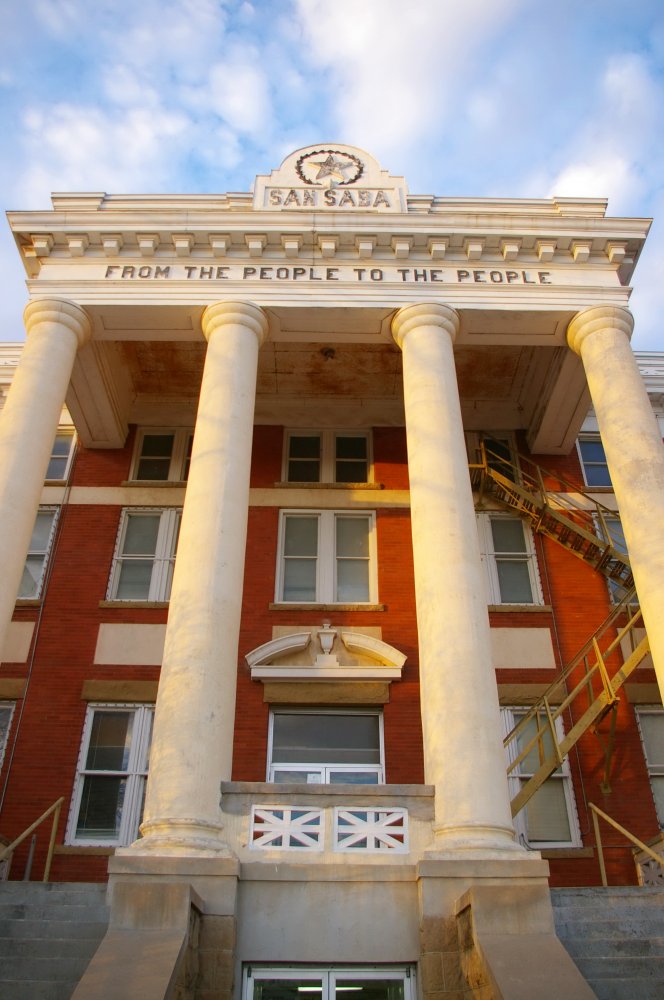 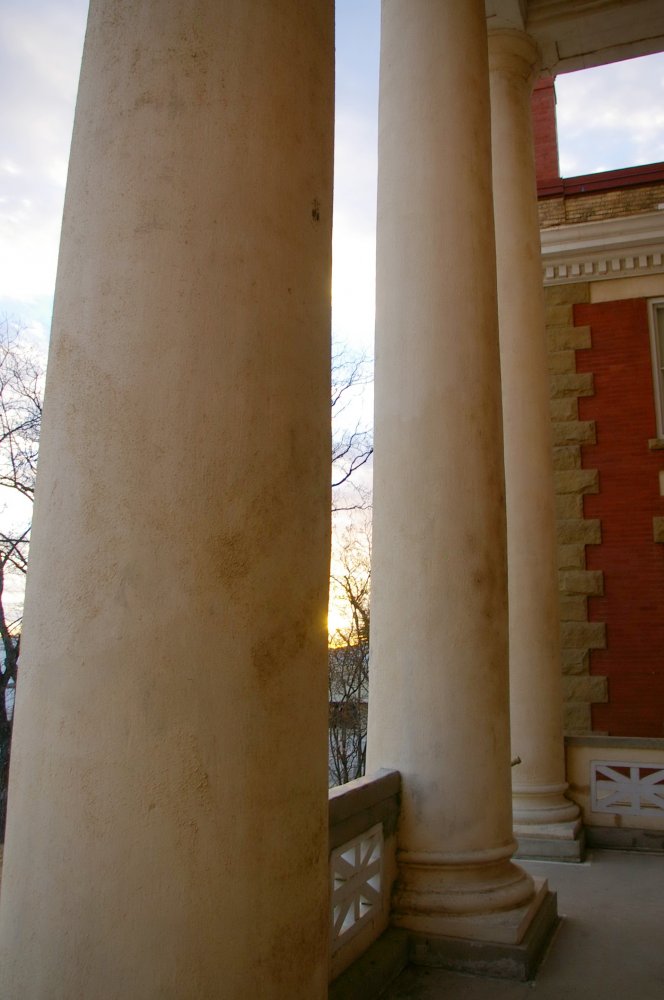 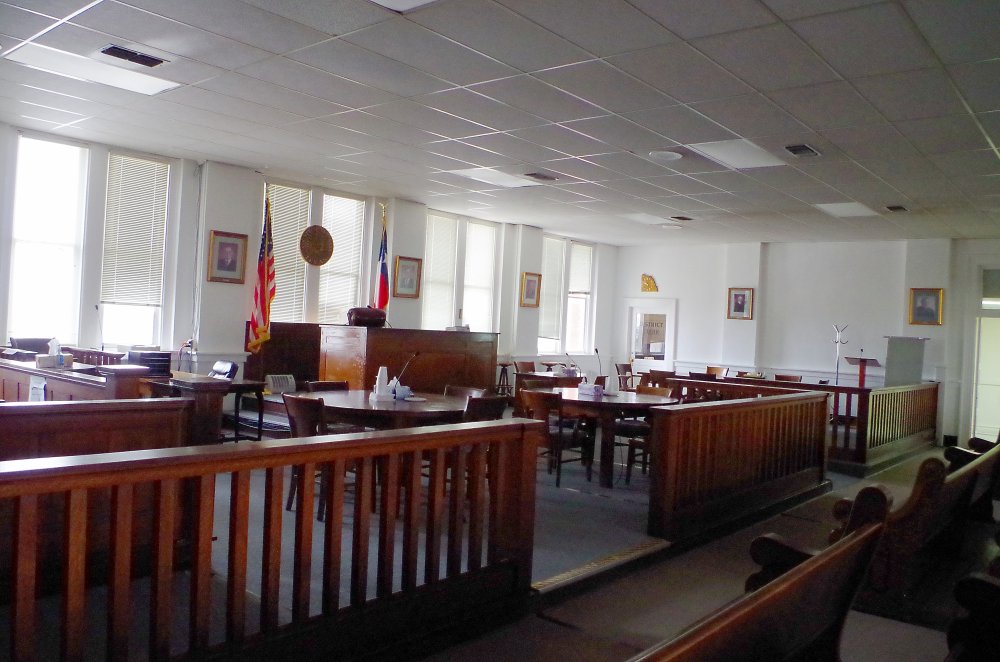 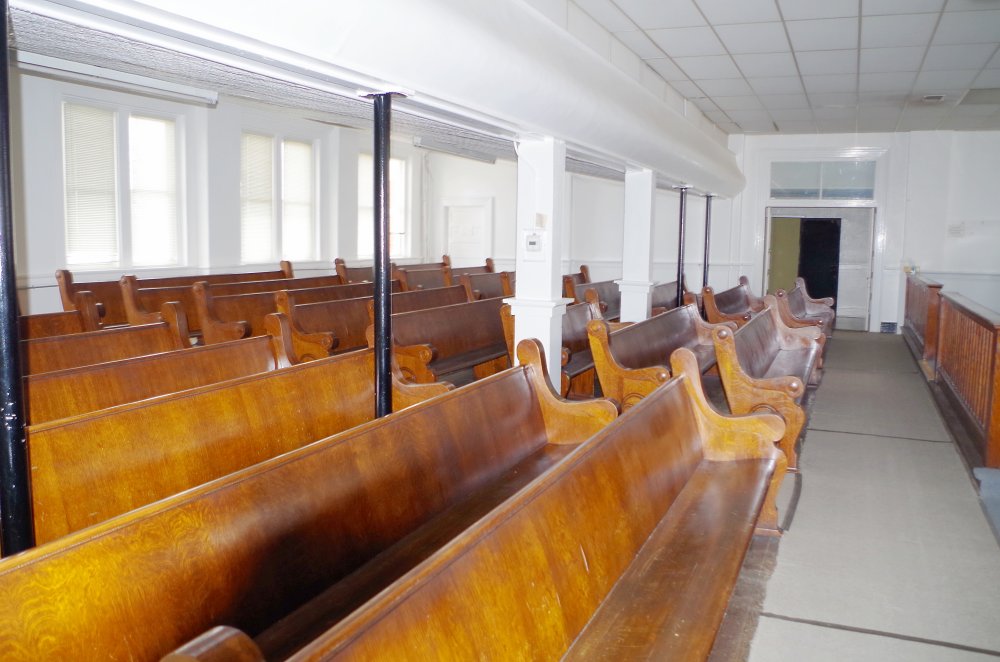 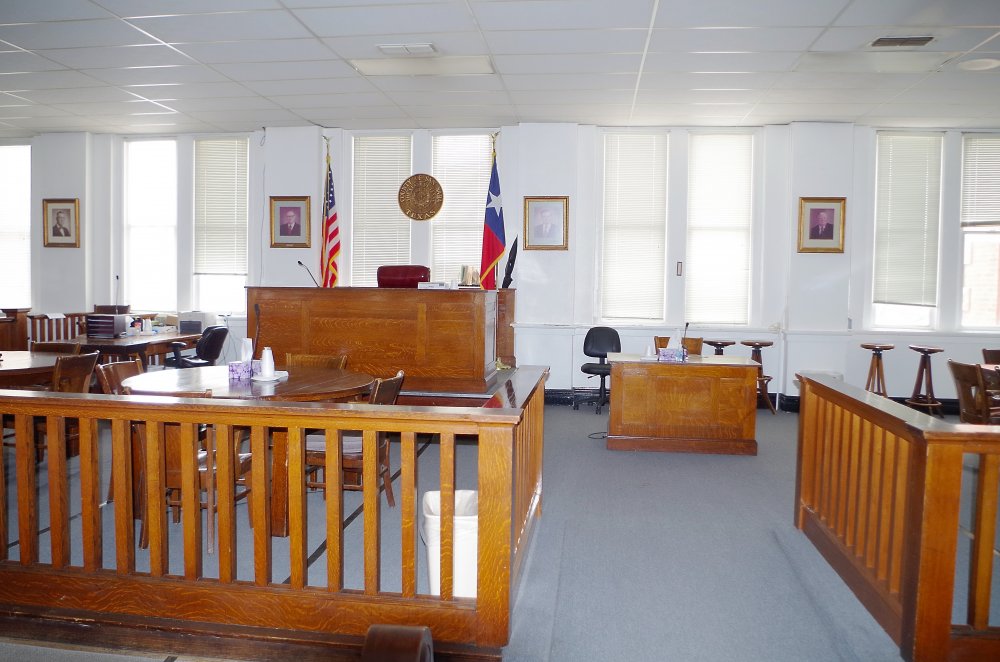 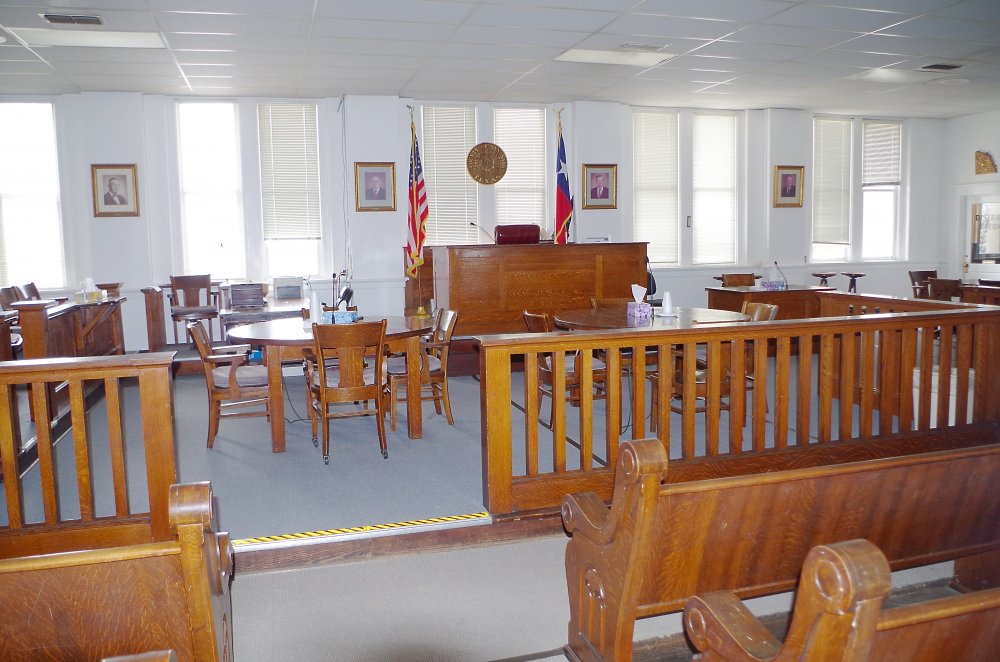 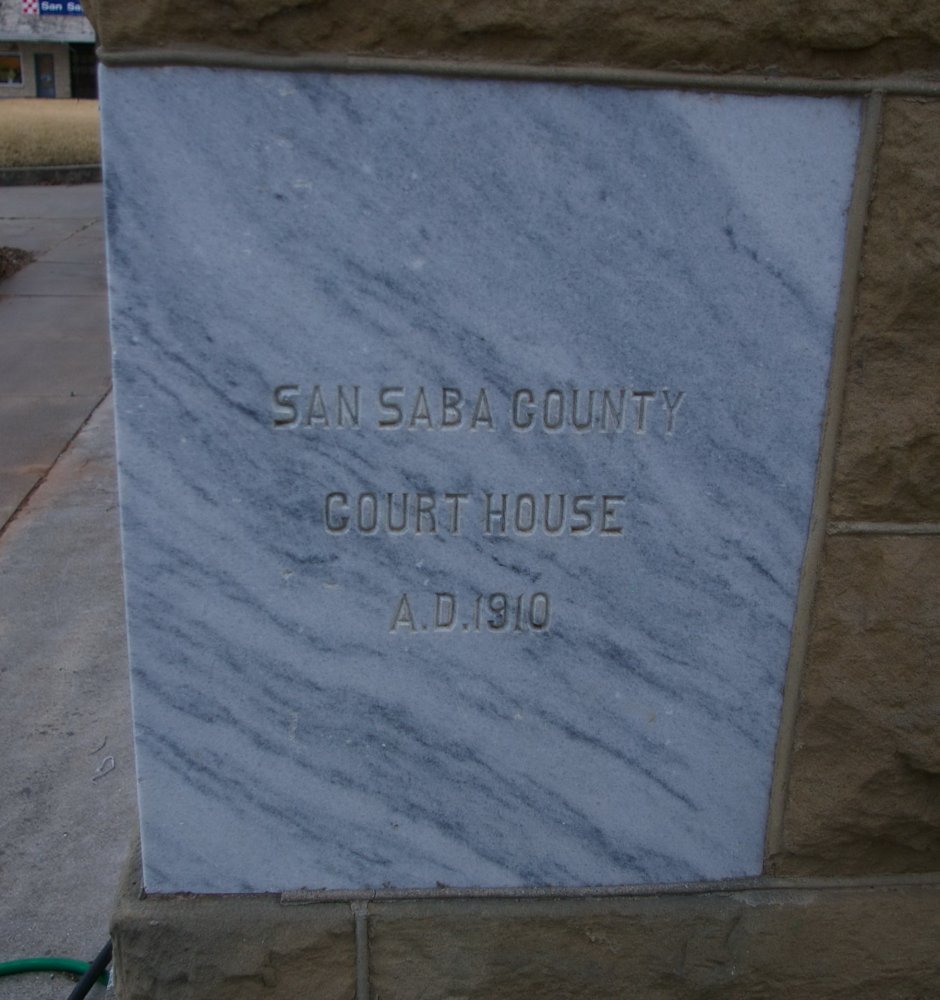