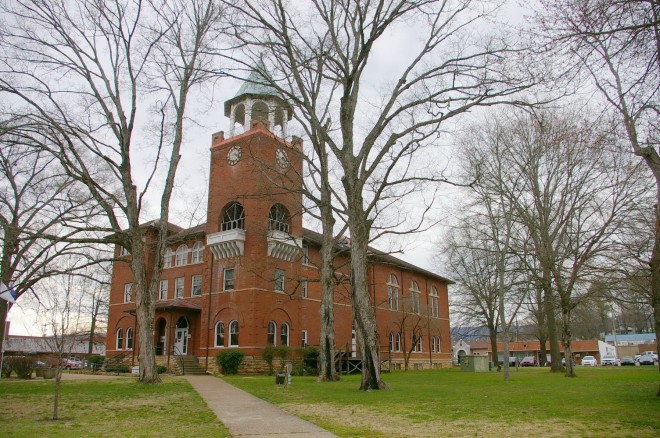 Rhea County is named for John Rhea, who was a United States Representative in Congress.

Description:  The building faces southeast and is a three story red colored brick structure. The building is located on the spacious landscaped grounds of the Courthouse Square in the center of Dayton. The building is rectangular shaped measuring 70 feet by 120 feet with a limestone base. On the east corner is a high square tower with round cupola with conical roof. In the interior,the first story is bisected kengthwise by an east-west cirridor dominated by a open-well wooden staircase rising to the second story central hall. The spaceous high-ceiling courtroom with plaster walls painted green color on the lower portion and off-white on the upper portion. The juge’s bench is against the north wall. The building houses the County Circuit Court, County Chancery Court, County General Sessions Court – Civil, Criminal and Probate and County Juvenile and Family Court of the 12th Judicial District. The building was restored in 1978 to 1979. The architect was Franklin Group Architects of Chattanooga and the contractor was Vickers Construction Company of Knoxville. 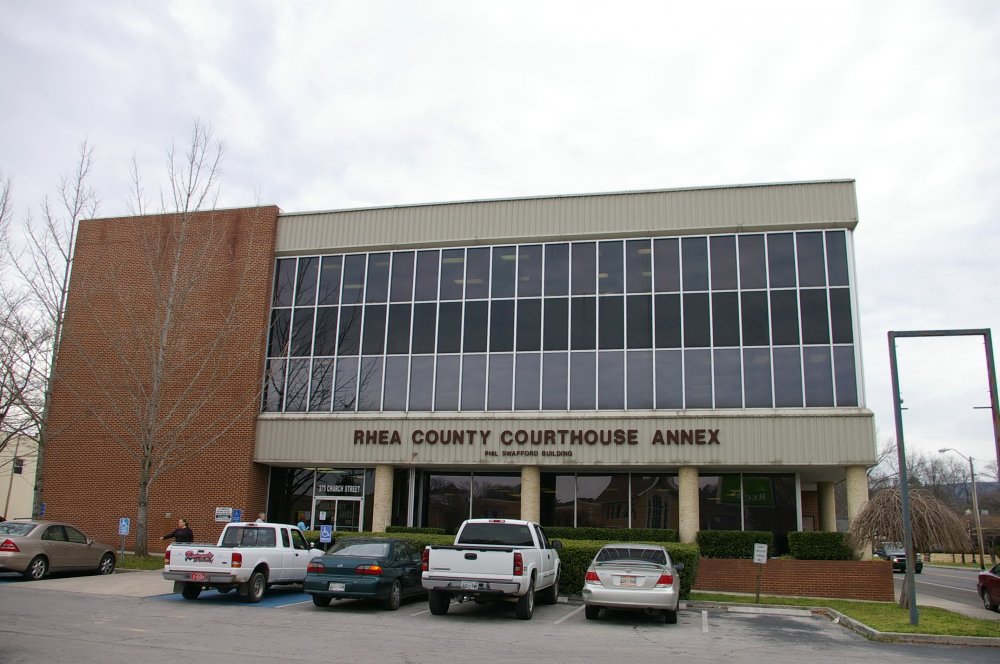 Description:  The building faces south east and is a three story red colored brick, glass and concrete structure. The building is located in the center of Dayton to the south east of the courthouse.  The southeast front has concrete columns and recessed glass walls on the first story. The second and third stories has glass panel walls. The roof line is flat. There is a meeting room on the second story. The building was purchased by the County in 1997 and is named as the Rhea County Courthouse Annex – Phil Swafford Building. 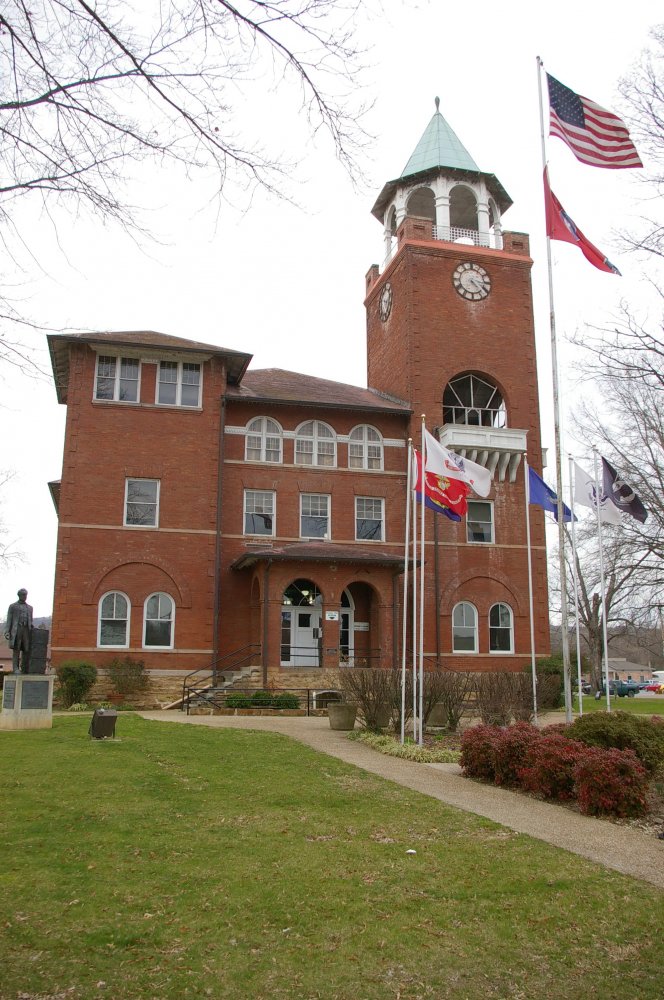 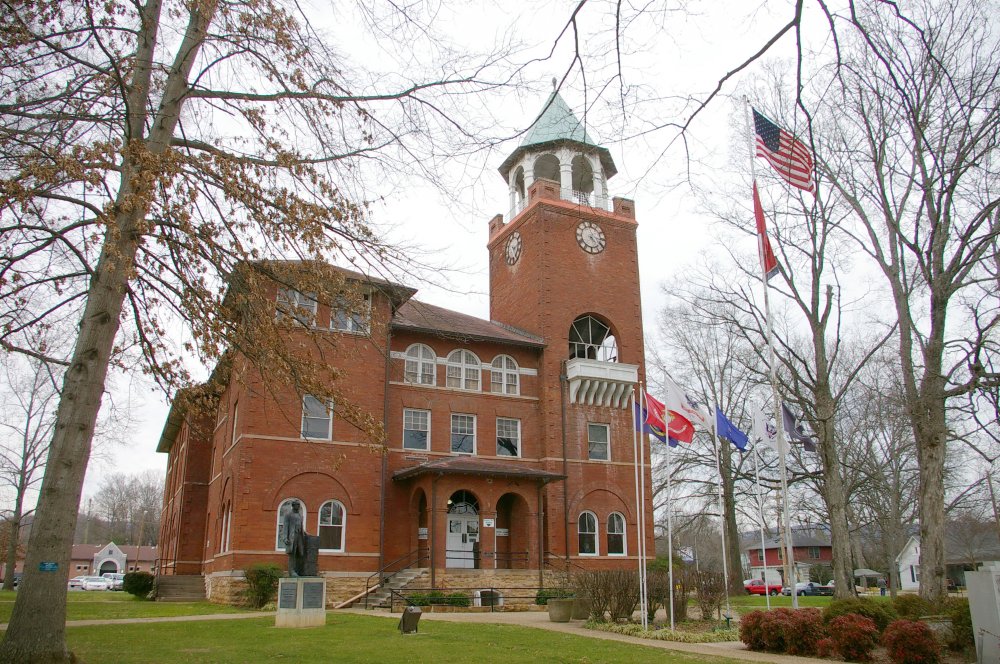 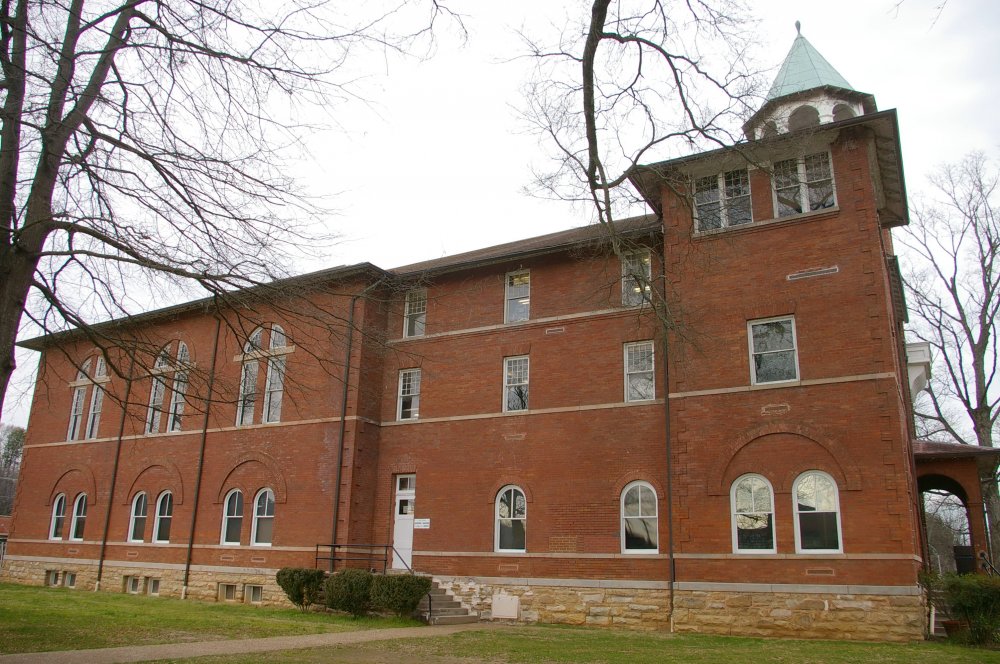 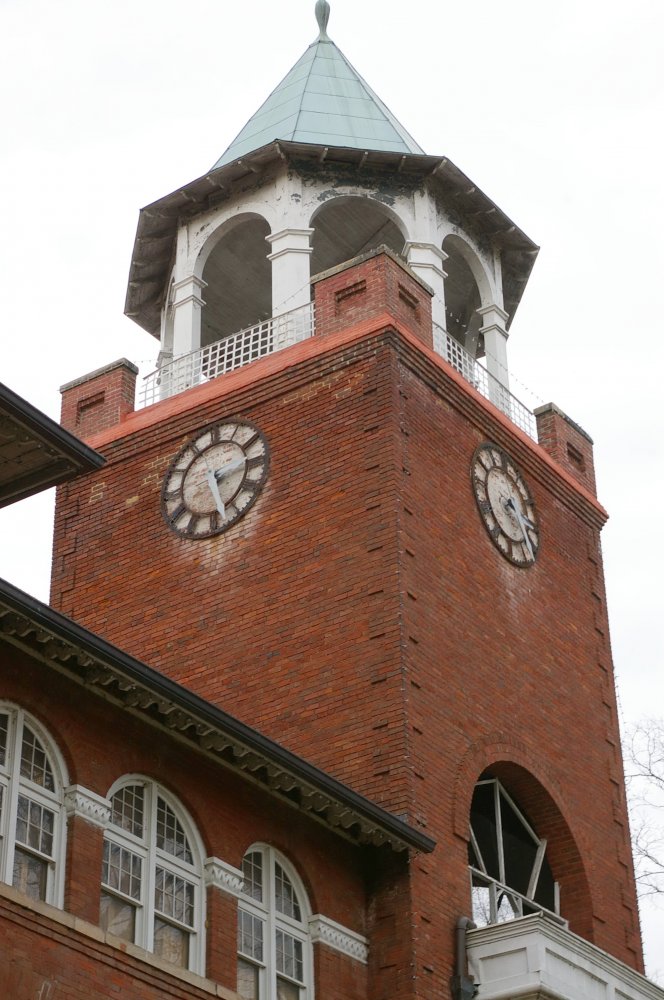 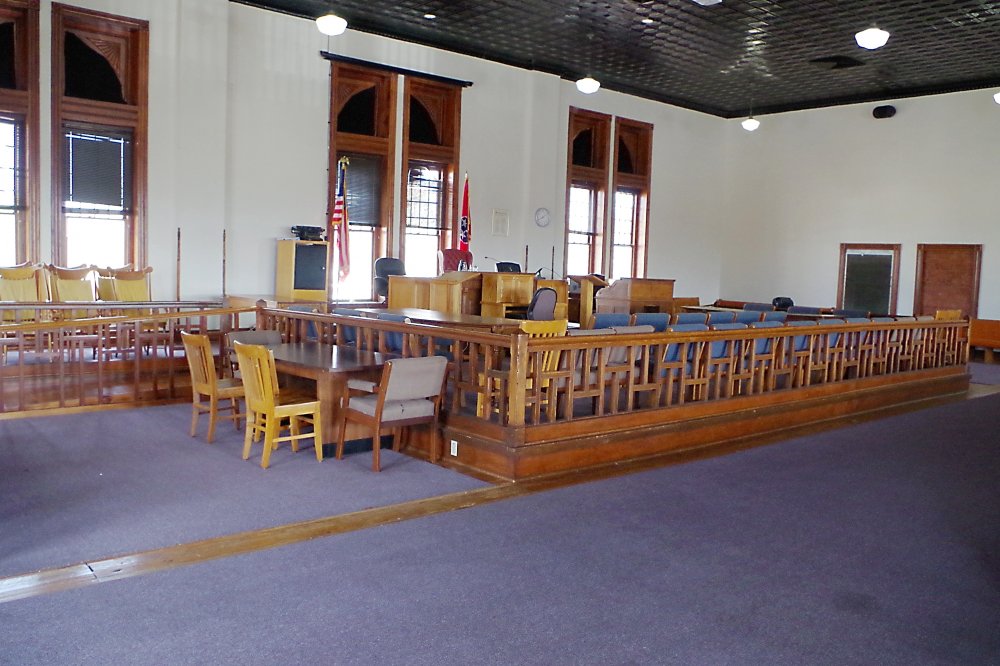 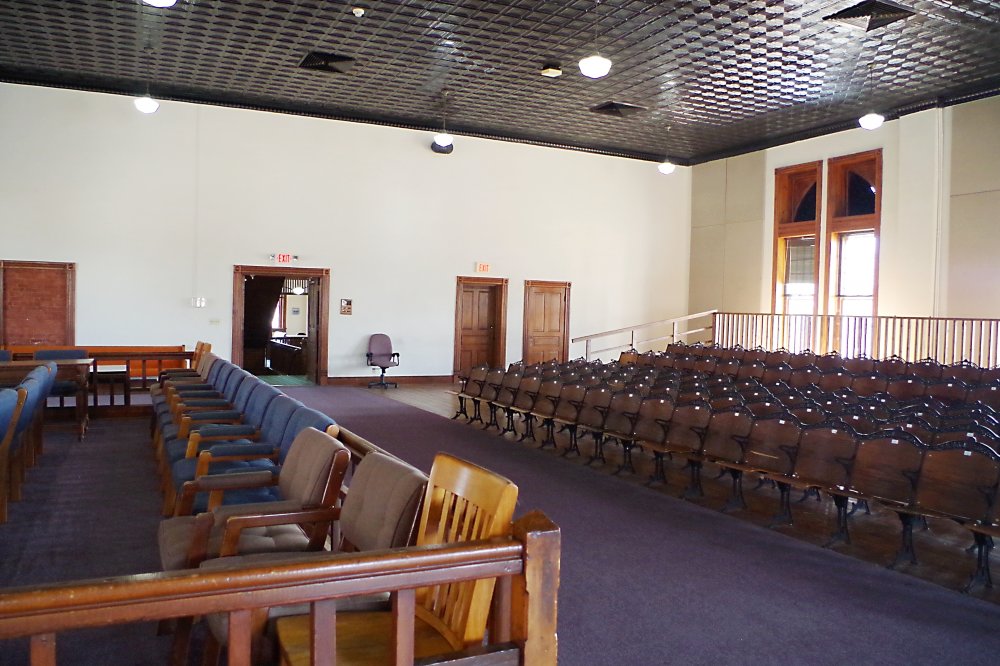