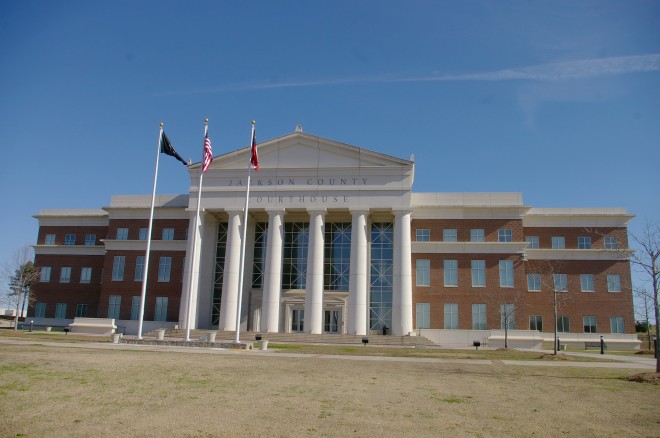 Jackson County is named for James Jackson, who was a general during the American Revolutionary War, a United States Senator and Governor of Georgia. 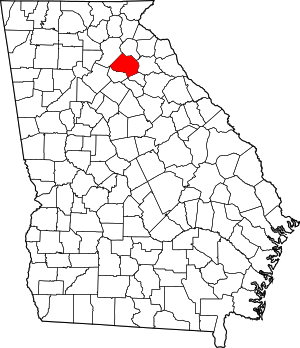 Description:  The building faces southwest and is a three story red colored brick and concrete structure. The building is located on landscaped grounds in the center of Jefferson. The southwest front has a large portico with six columns rising to a wide pediment at the roof line. The recessed entrance has glass panels on either side and rising to the third story. A wide horizontal cornice runs below the third story and along the roof line. The roof is flat. The interior has a large central atrium. Description:  The building faces northeast and is a two story brown colored stucco and wood structure. The building is located on landscaped grounds in the center of Jefferson. The northeast front has a central entrance on the first story with small overhang above. On the second story are four narrow arched windows with a wide peak above at the roof line. There are east and west wings. On the center of the roof is a square dome with clock and red colored roof at the top. 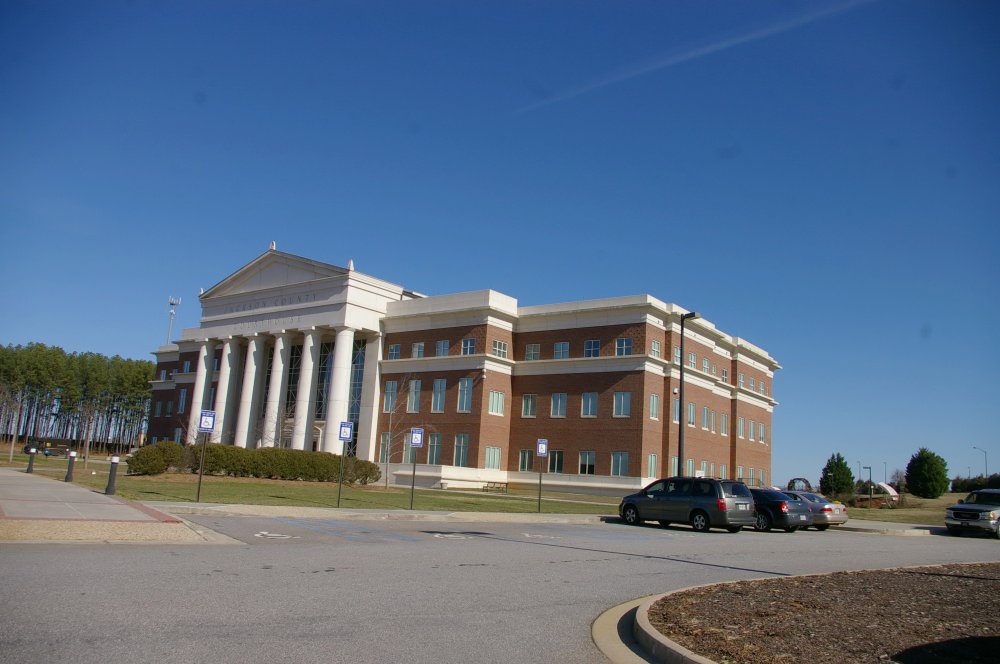 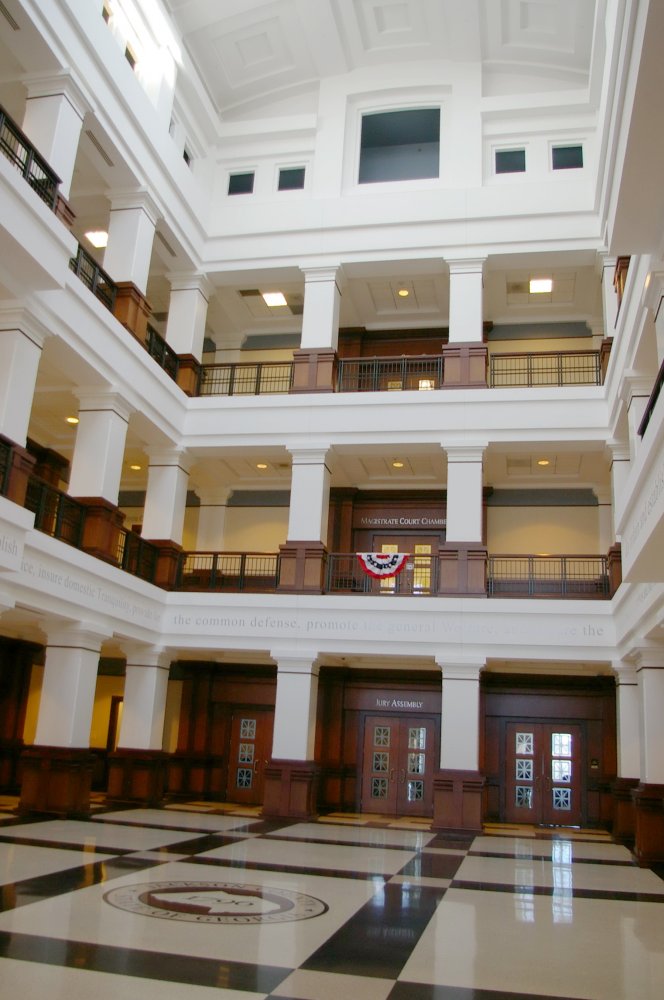 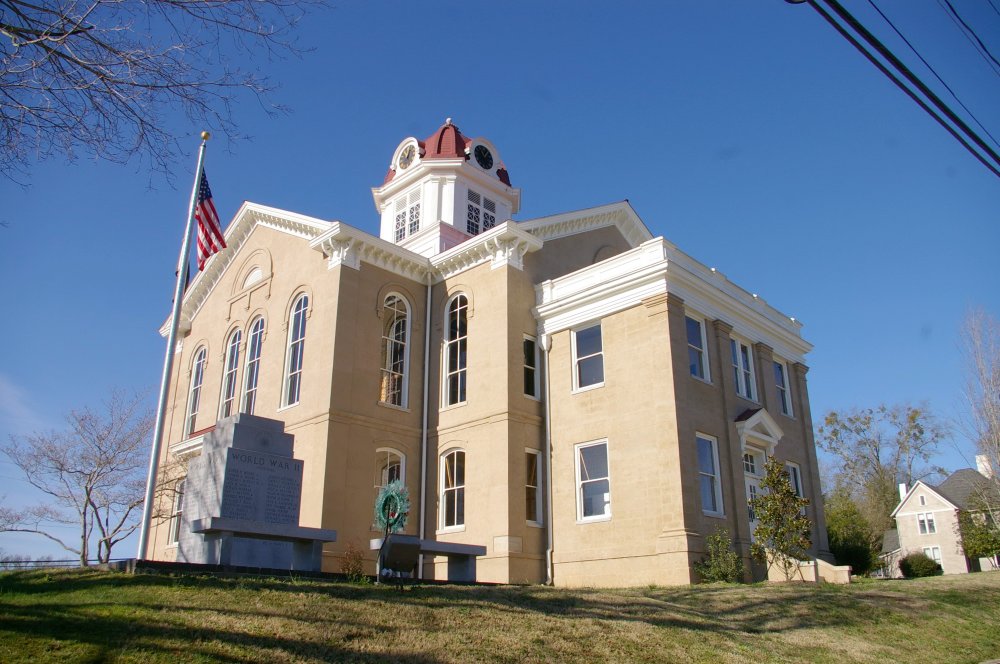