Newton County is named for John Newton, who was a hero of the American Revolutionary War.

Description:  The building faces  south and is a two story red colored brick and stone structure. The south front has two large central arches on the first story with arched windows on the second story. On the southeast corner is a large square red colored brick clock tower rising four stories with black colored dome at the top. On the southwest corner is a larger square brick tower with mansard roof. The building has a mansard roof. The building overlooks the Public Square on the south side. The building was renovated in 2003. The architect was Jack Pybus and the contractor was Potts Company. 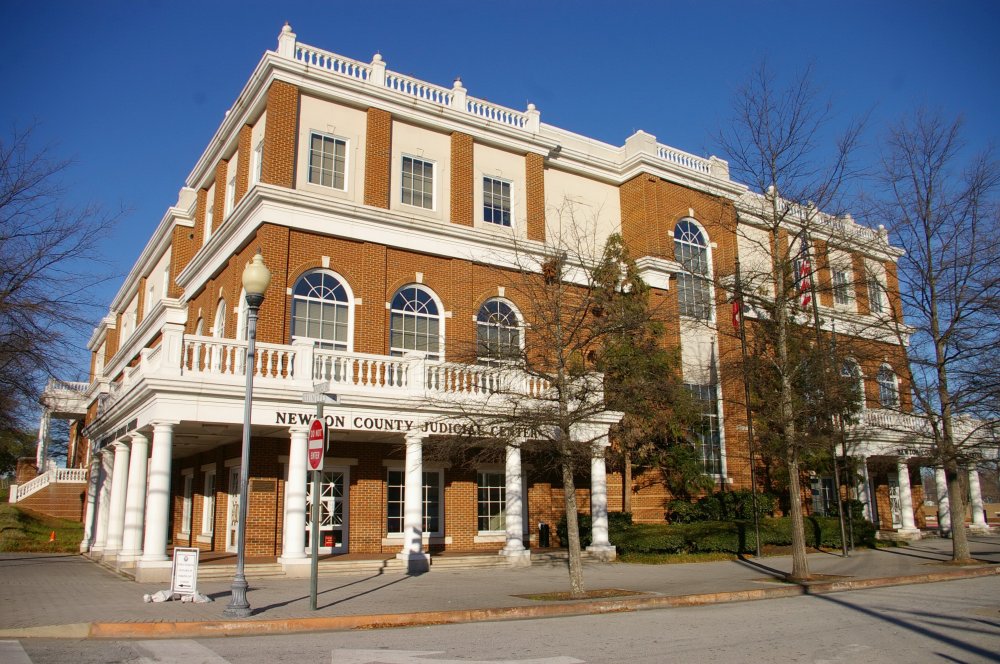 Description:  The building faces east and is a three story red colored brick and concrete structure. The east front has porches on the southeast and northeast corners with balconies on the second story. The center section has a long arched window. A cornice runs along the top of the second story which has arched windows. The third story has a white colored railing along the flat roof line. 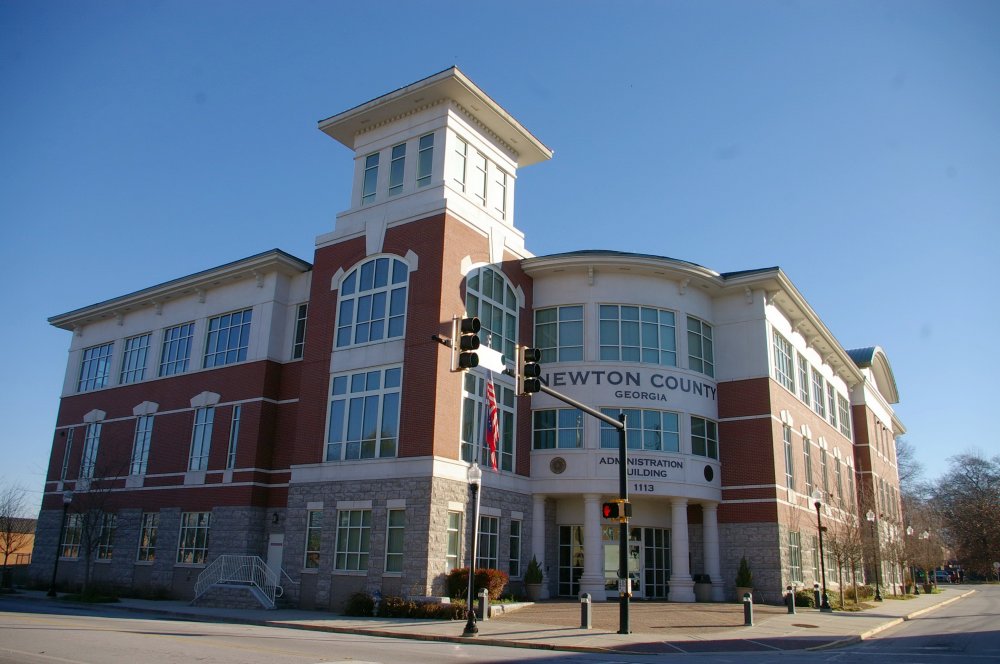 Description:  The building faces southwest and is a three story red colored brick and concrete structure. The southwest front is rounded with four columns on the first story with recessed glass entrance. The first story is faced with rough stone. On the west side is a square tower rising four stories, The roof line is flat. . 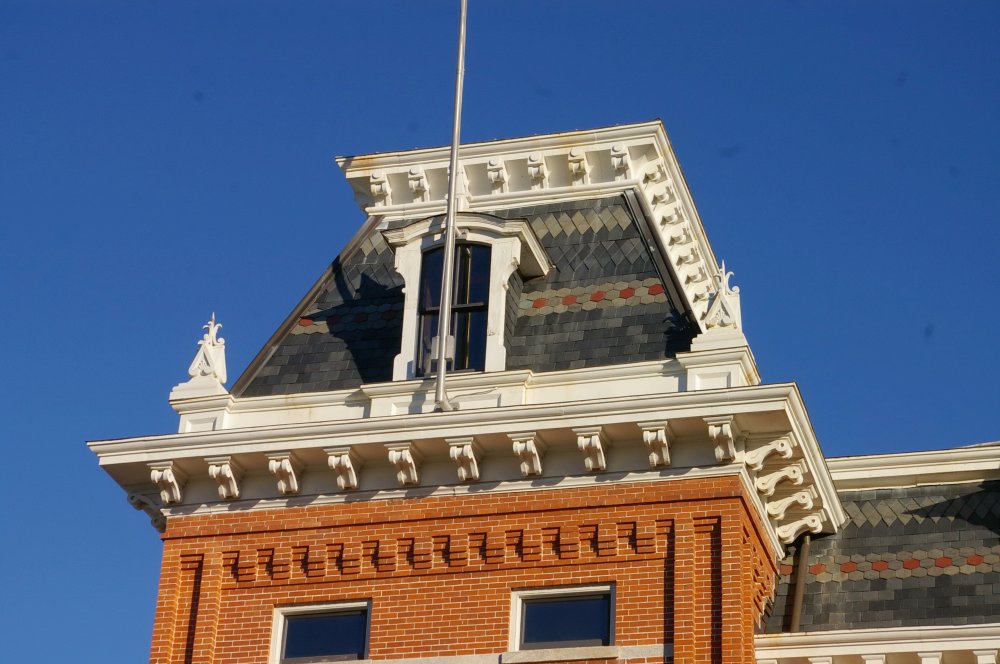 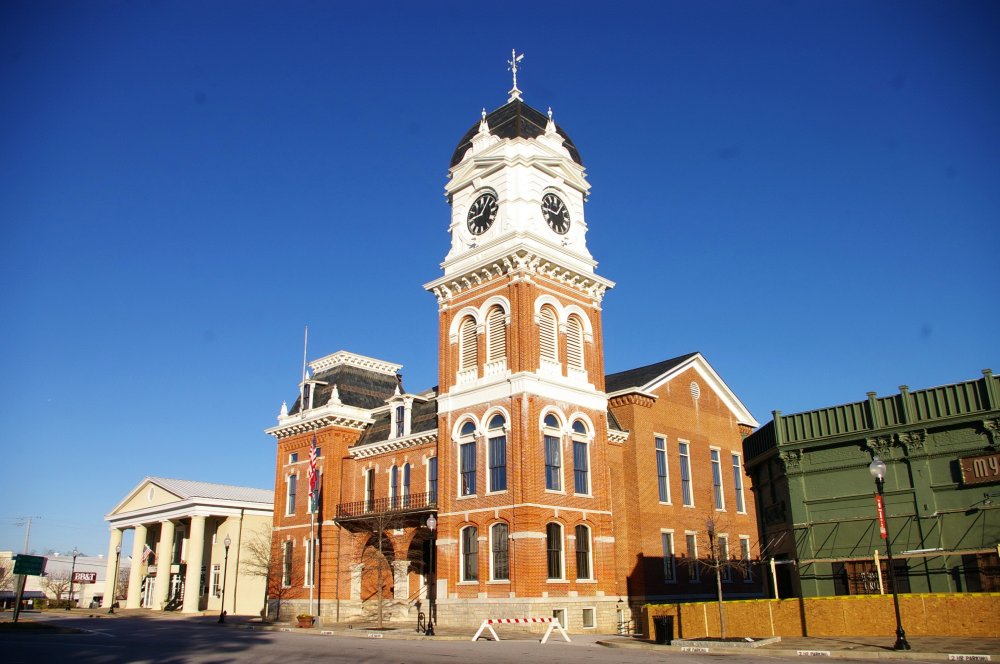 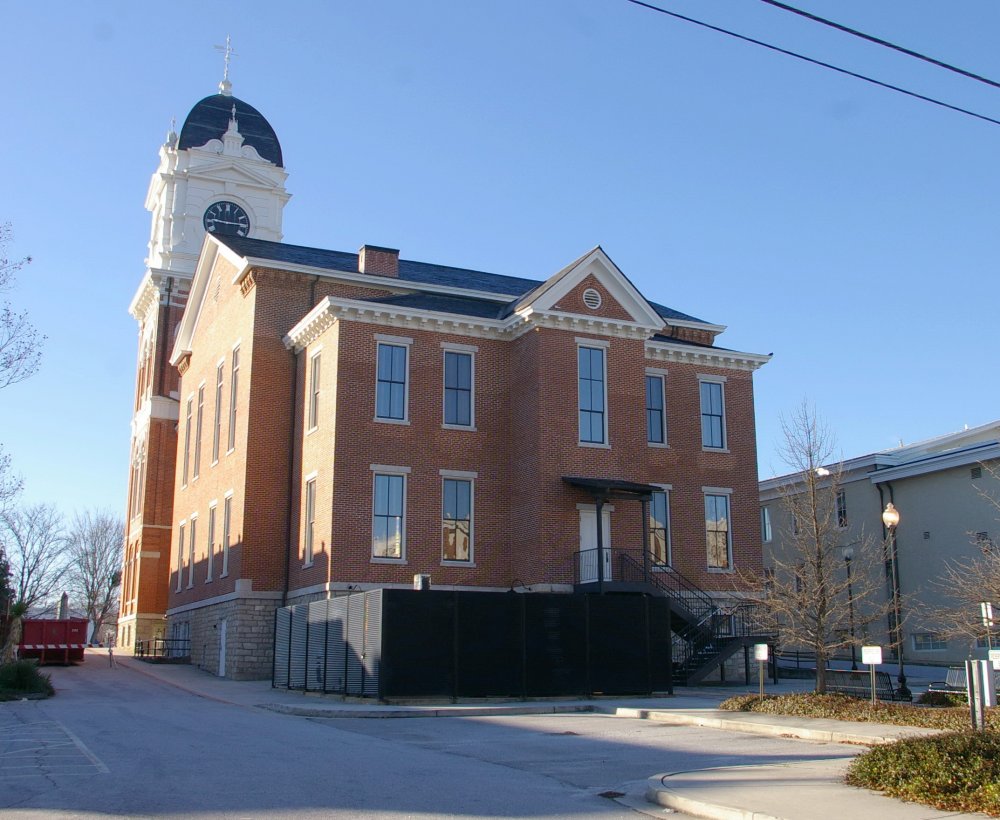