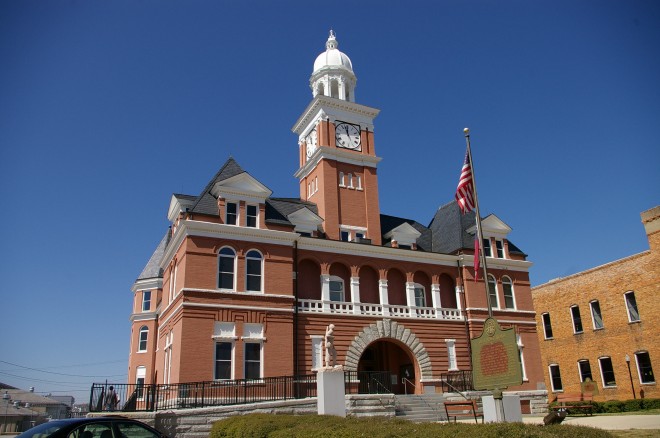 Elbert County is named for Samuel Elbert, who was the fifteenth governor of Georgia.

Description:  The building faces east and is a two story red colored brick structure. The building is located on landscaped grounds in the center of Elberton. The building has a large stone trimmed arch at the center of the first story with recessed entrance. Above is a long balcony with white railings and white vertical columns rising to the protruding cornice. The roof has dormer windows. At the center over the entrance is a high square brick tower with clock and open octagonal white cupola with smaller cupola at the top. The large courtroom is located on the second story. 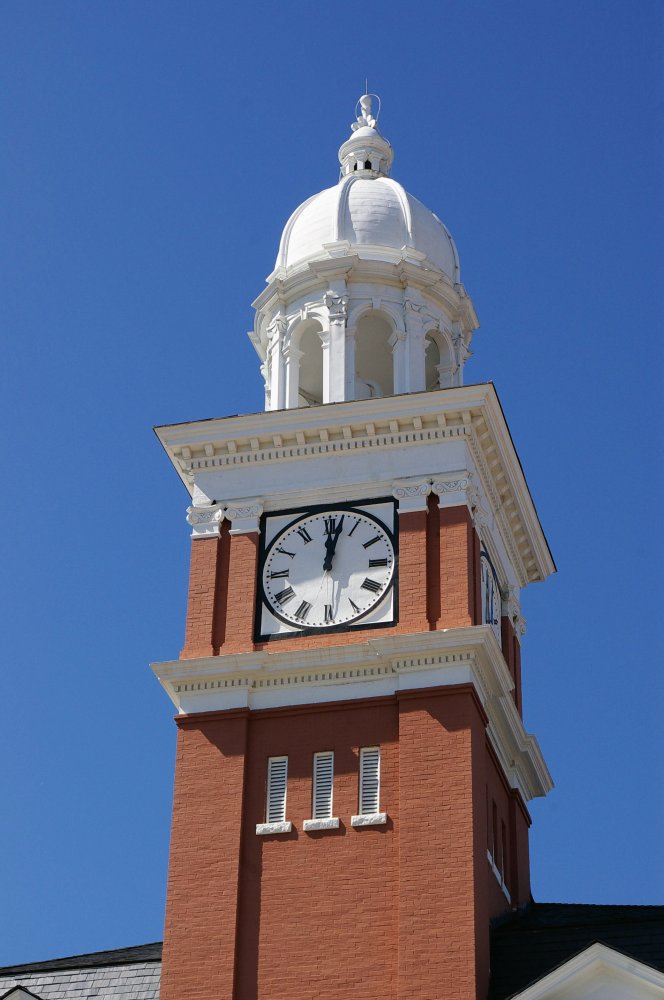 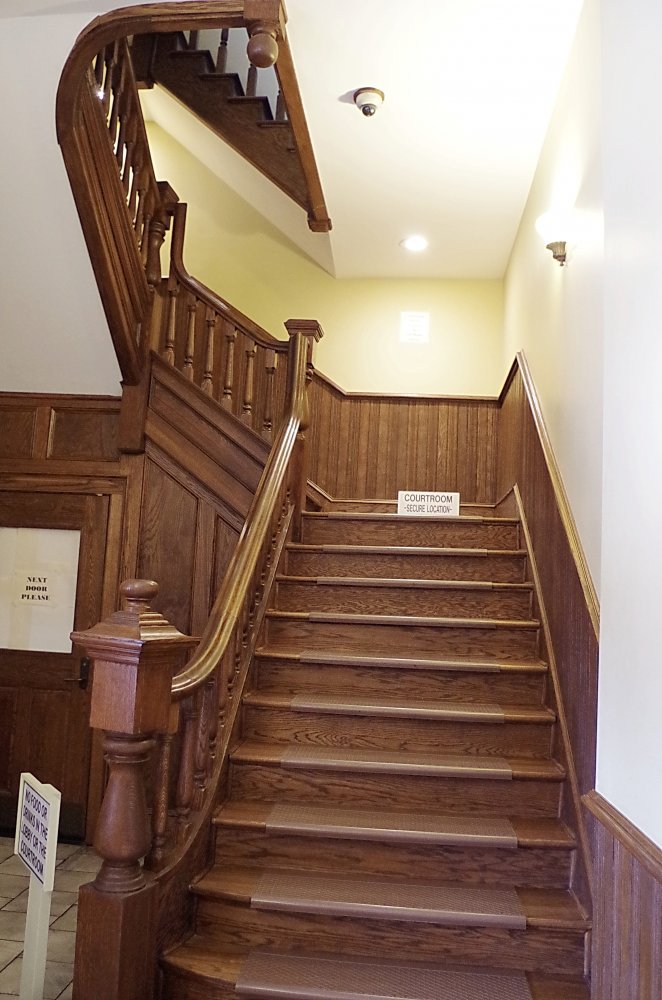 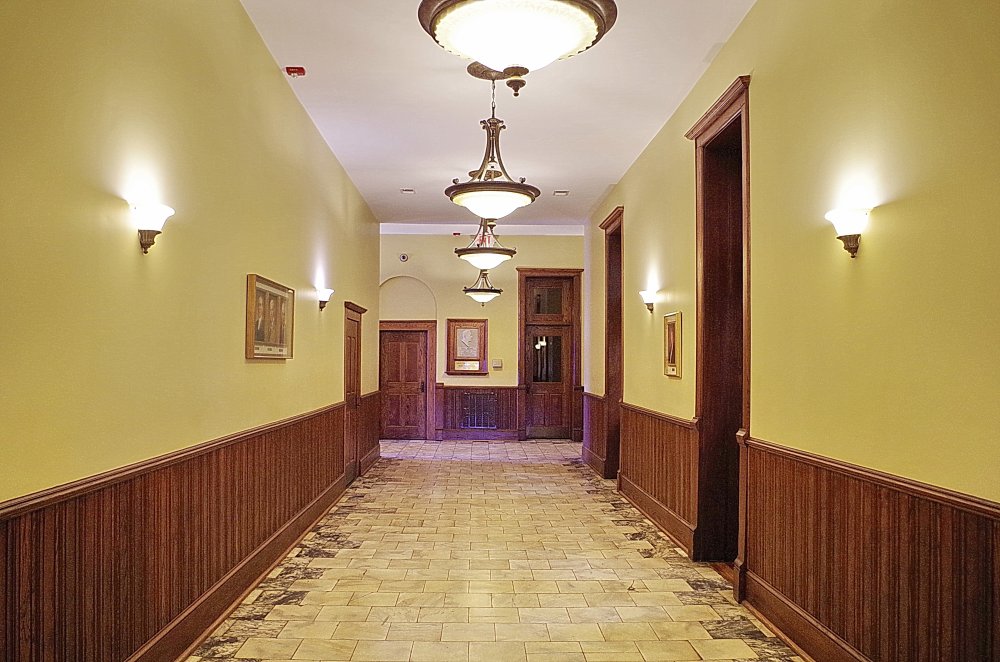 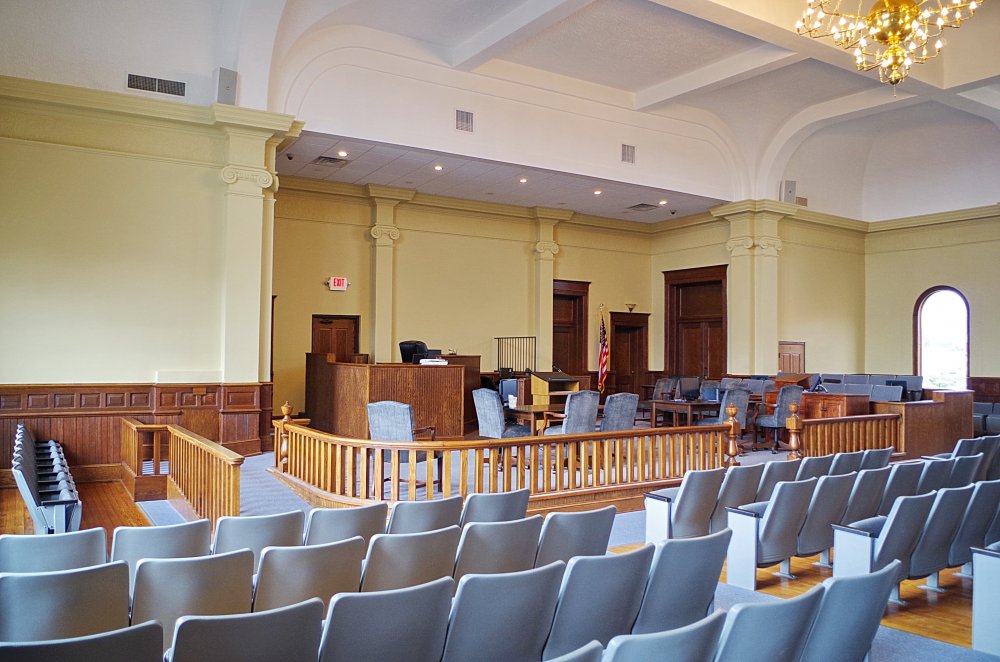