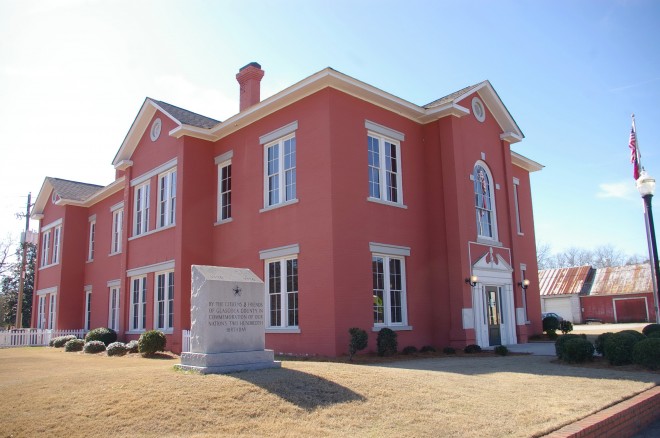 Glascock County is named for Thomas Glascock, who was a general in the War of 1812 and the Seminole War and later served in the Georgia General Assembly and Congress.

Description:  The building faces north and is a two story red colored brick and concrete structure. The rectangular shaped building is located on landscaped grounds in the center of Gibson. The north front has a projecting center section with white colored framed entrance on the first story and large Georgian Revival arched window on the second story and rising to a peak at the roof line with oculus in the gable. On the east and west sides are projecting center sections and south section rising to peaks at the roof line. The roof is hipped. In the interior is a wood staircase ascending to the second story courtroom which has wooden benches and wooden judge’s bench. The building houses the Superior Court and Magistrate Court of the 10th Judicial District. The building was remodeled and expanded on the south side in 1942 and renovated in 1973. 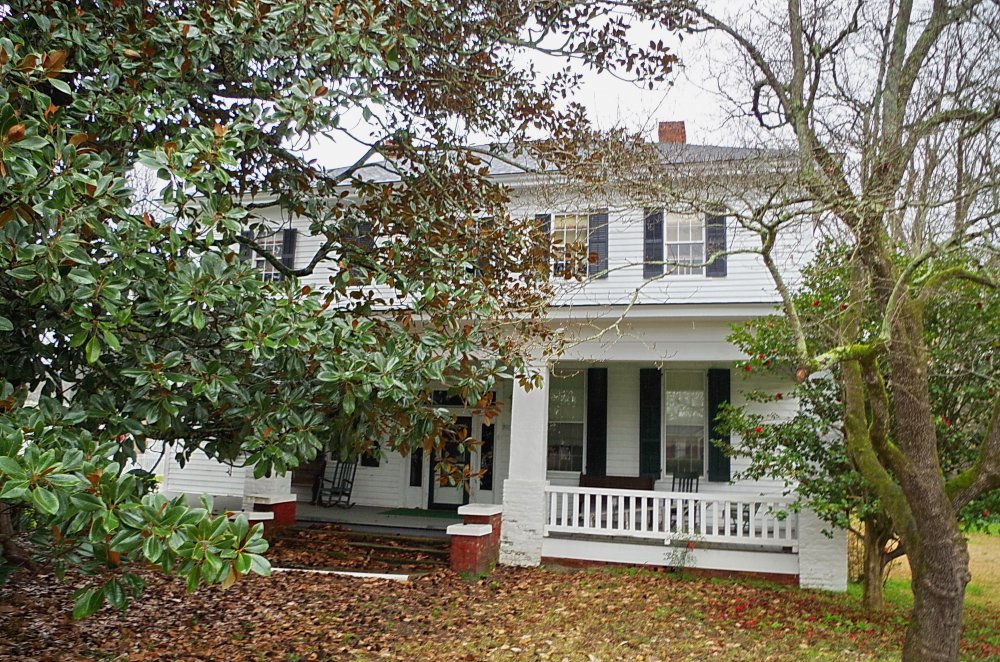 History:  The county was created in 1857 and Gibson was selected as the county seat. The first courthouse was built in 1858 and is still standing. The second and present courthouse was constructed in 1919 to 1920. 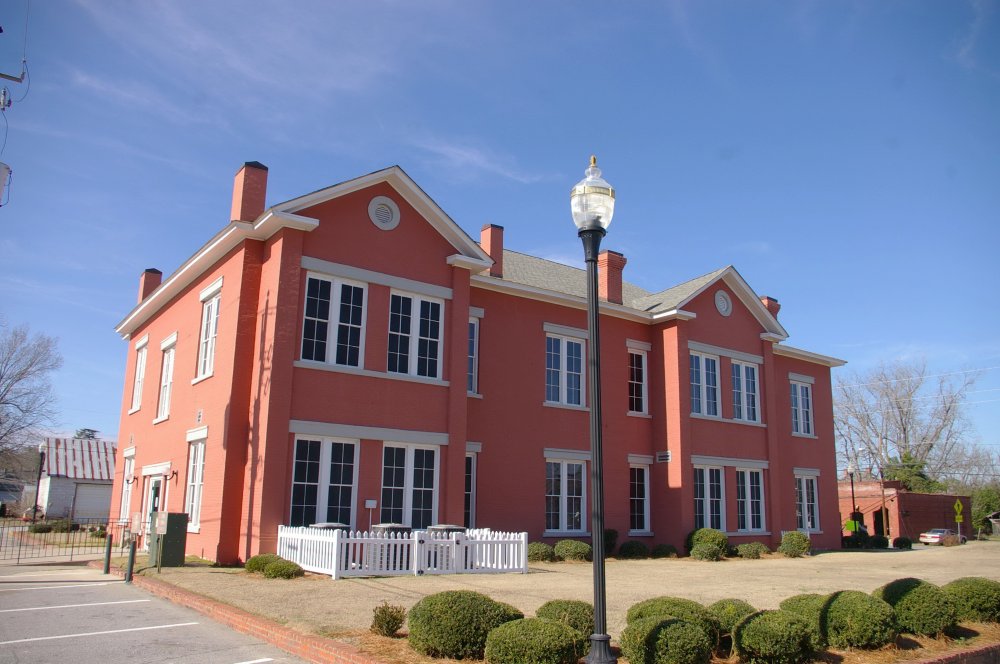 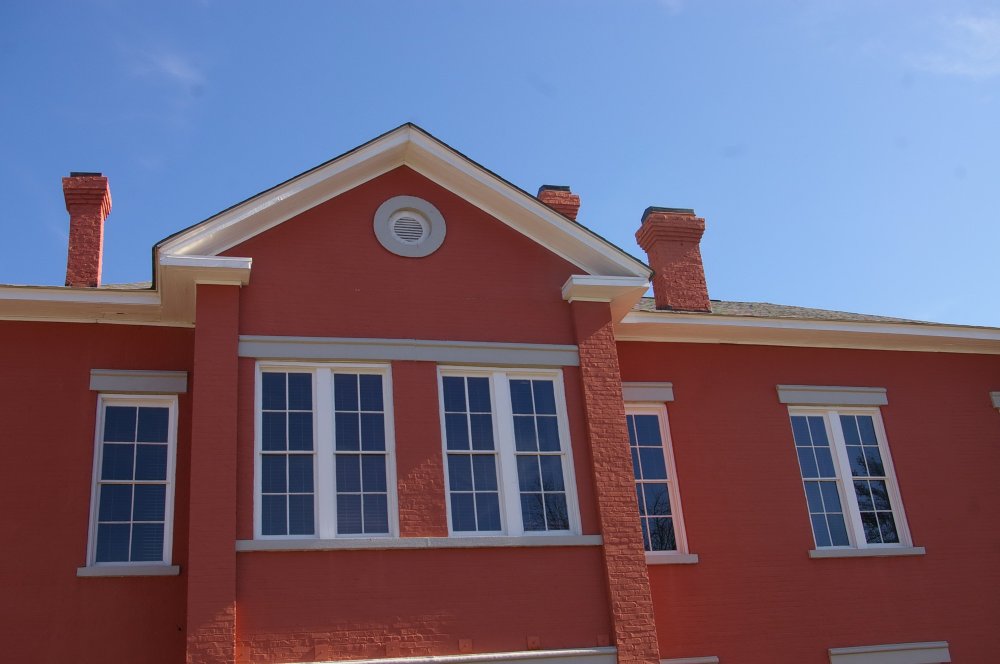 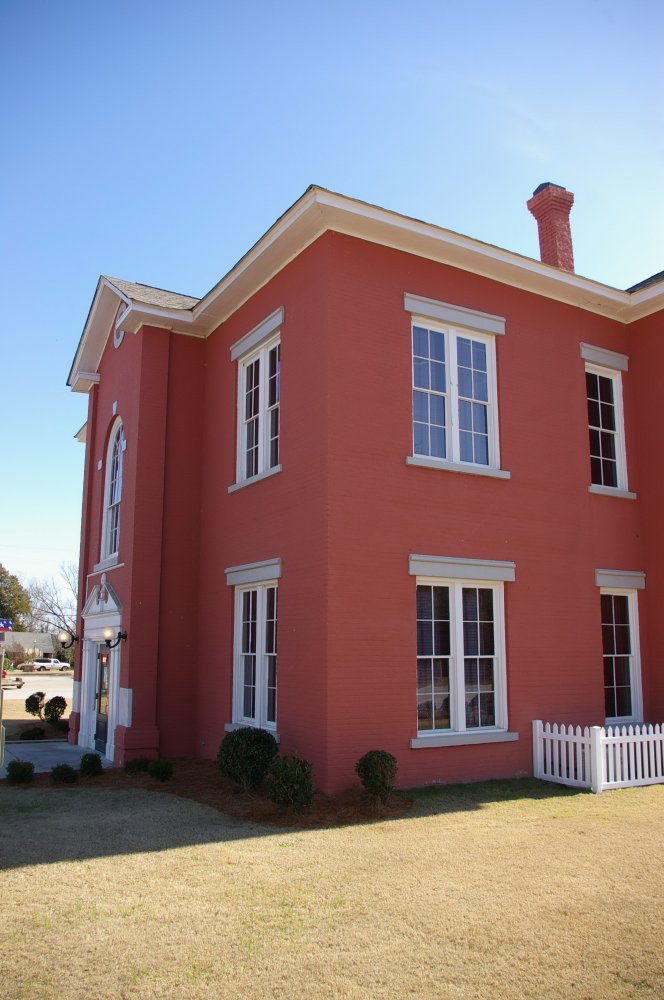 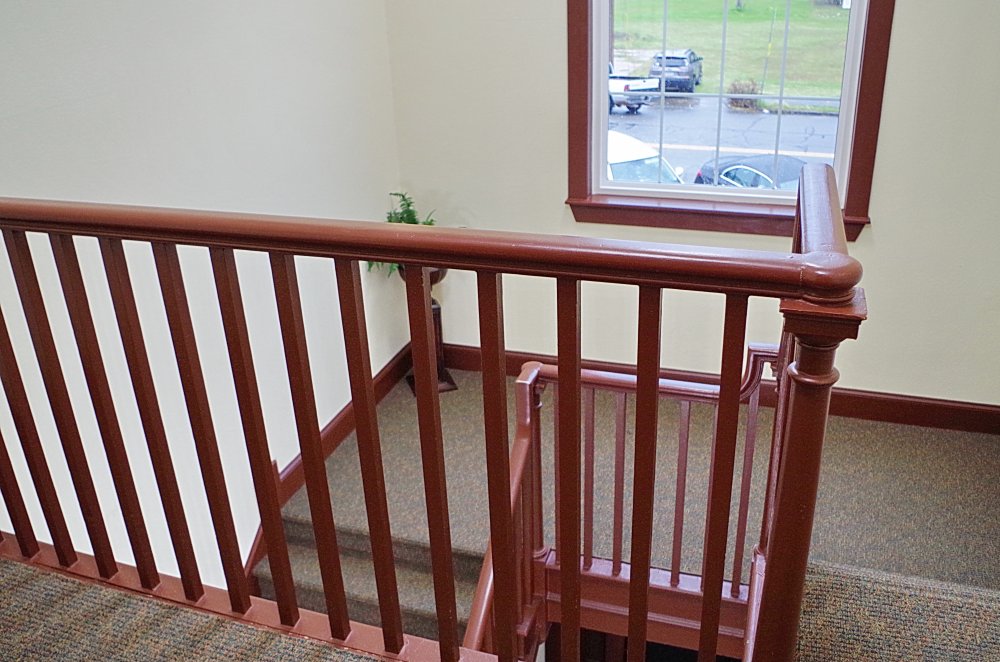 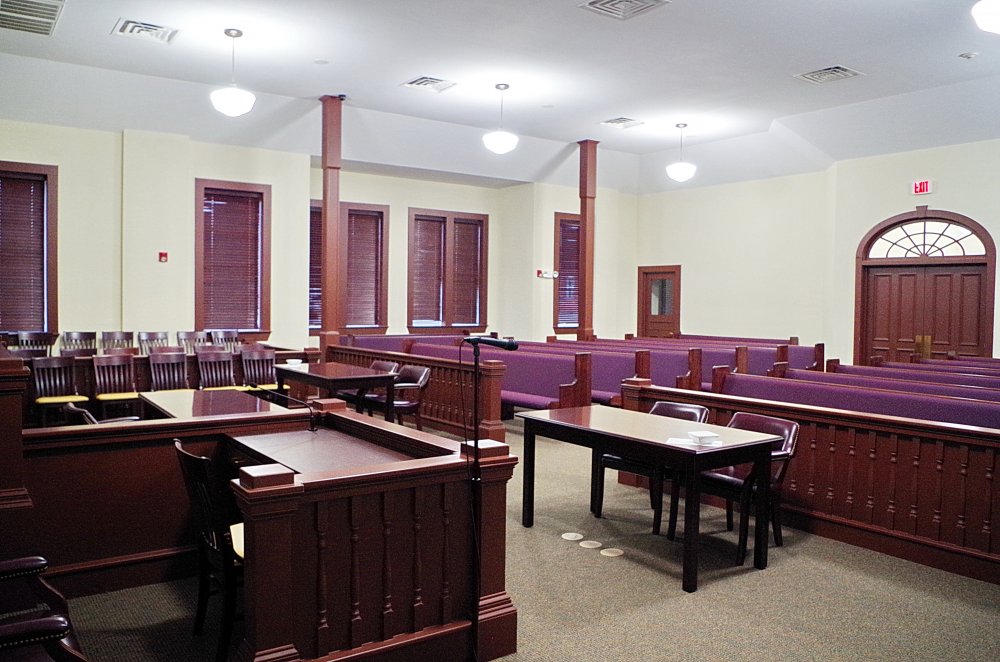 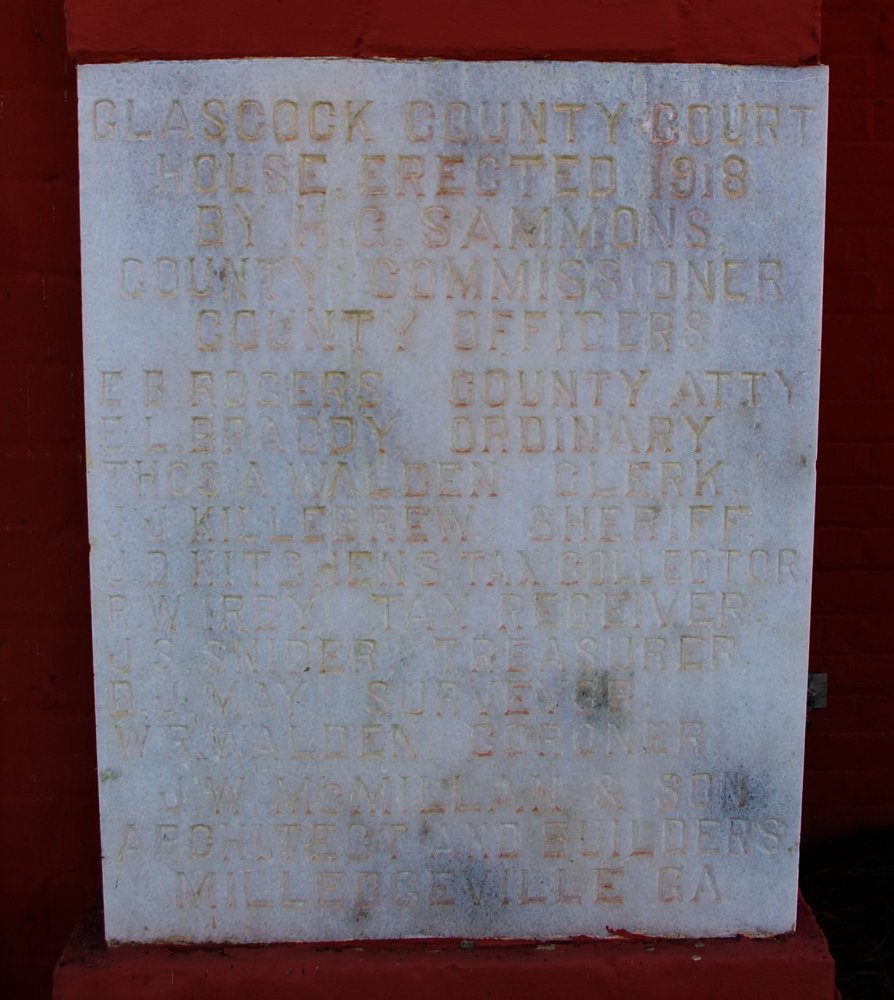