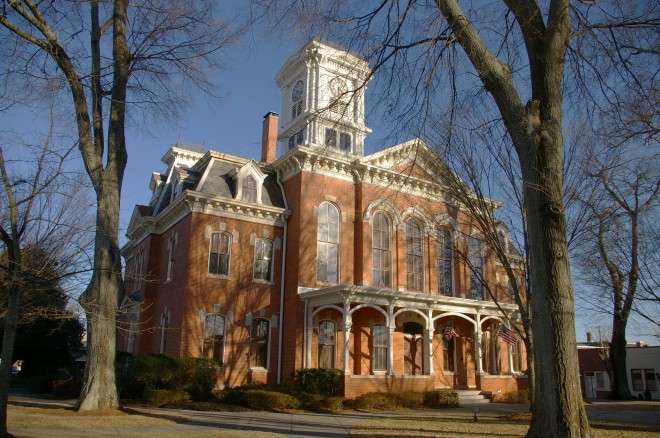 Walton County is named for George Walton, who was a signer of the Declaration of Independence, member of Congress and a Governor of Georgia.

Description:  The building faces west and is a two story red colored brick and stone structure. The building is located on landscaped grounds of Courthouse Square in the center of Monroe. The west front has a one story porch supported by six narrow pillars and rising to a flat roof. On the second story are three high arched windows on the projecting center section and high arched windows on the north and south sides. Above is a pediment at the roof line with wide cornice following the roof line. The north and south wings are lower and have mansard roof with dormers. On the center of the roof is high square white colored clock tower with flat roof. One story additions ere added on the north and south of the east side. The clock tower was added in 1907, and the building underwent major restorations in 1933 under the Works Progress Administration. The building was further renovated in 1969 and 1996. The 1996 renovation left the building’s exterior in pristine condition. The building houses county offices. On the north side is the County Courthouse Annex.

Note:  The original clock tower and dome of the courthouse were destroyed in 1885 by a tornado. The courthouse remained with a flat roof until the current tower was constructed in 1907. In 1910 the four clock faces, the bell and the clock motor were added. The bell and motor were made by the E. Howard Clock Company and the 42″ solid bronze bell is one of the largest in the state. The motor was weight driven when originally installed but was eventually replaced with electricity. 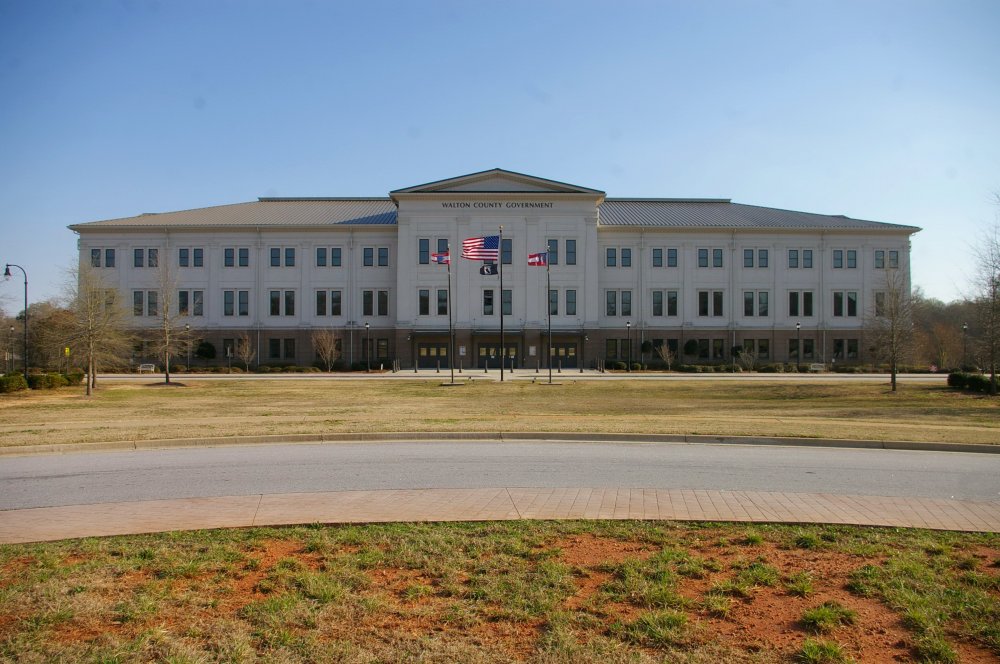 Description:  The building faces north and is a three story red and white colored brick and concrete rectangular shaped structure. The building is located on spacious landscaped grounds to the east of the center of Monroe. The north front has a projecting center section which rises to a pediment above the roof line. The roof is sloped. The building is the County Government Center. 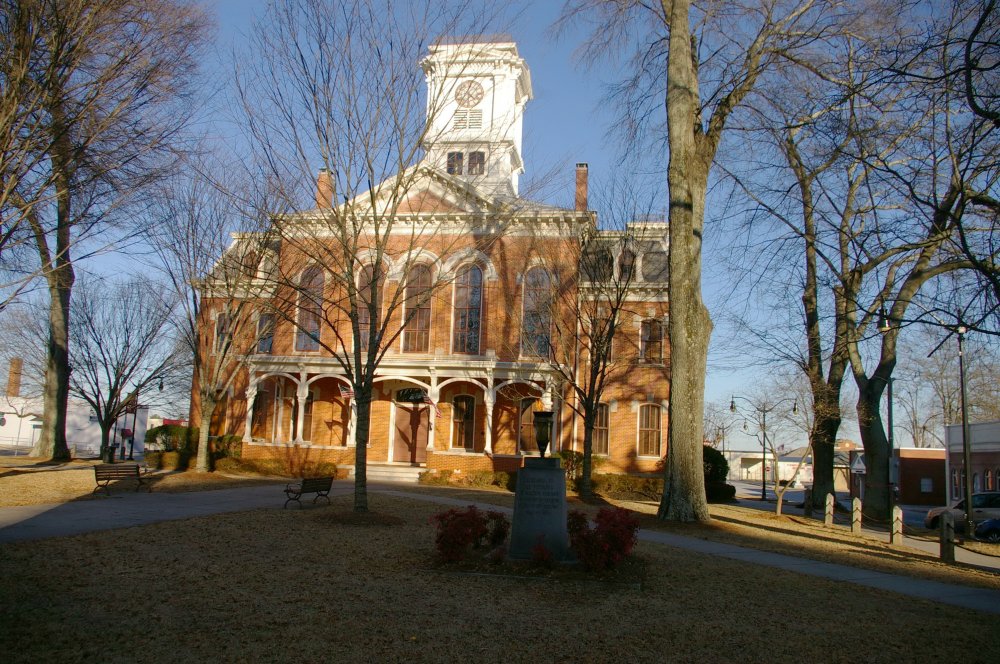 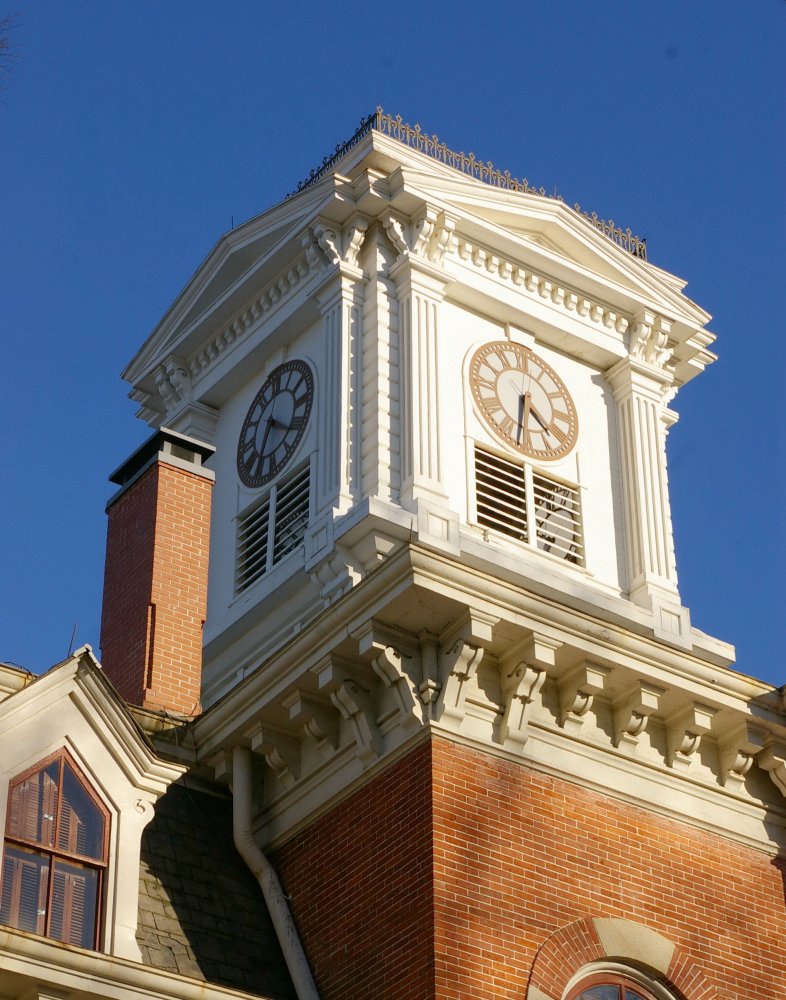 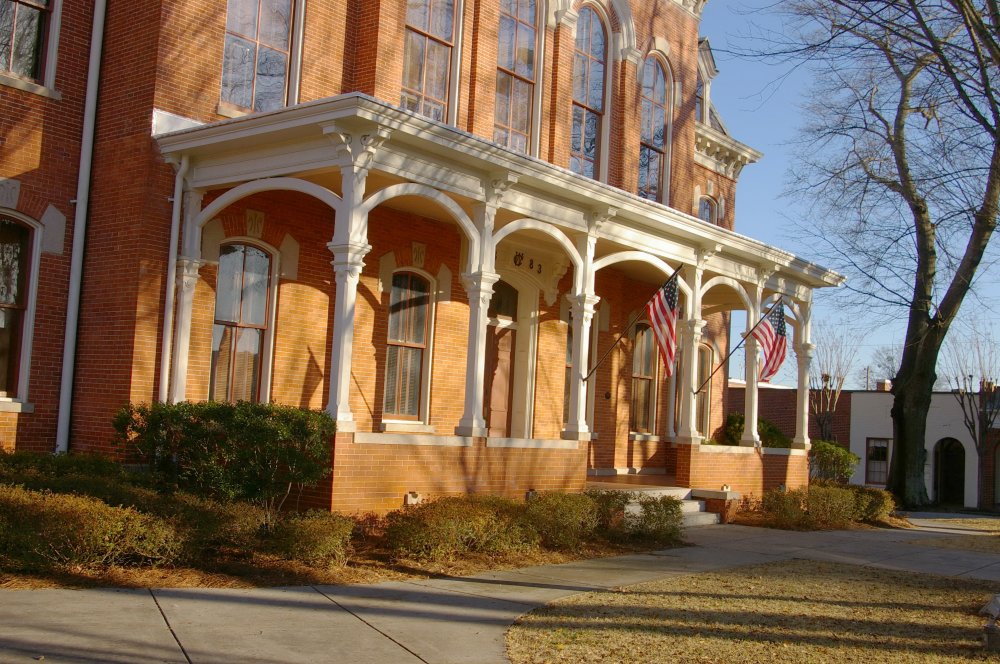 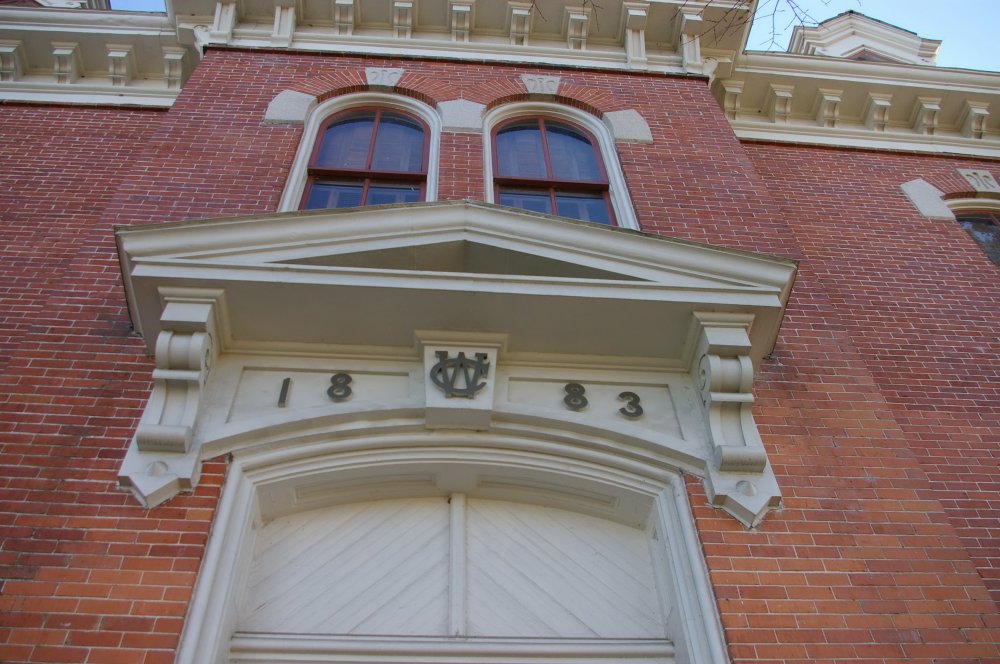 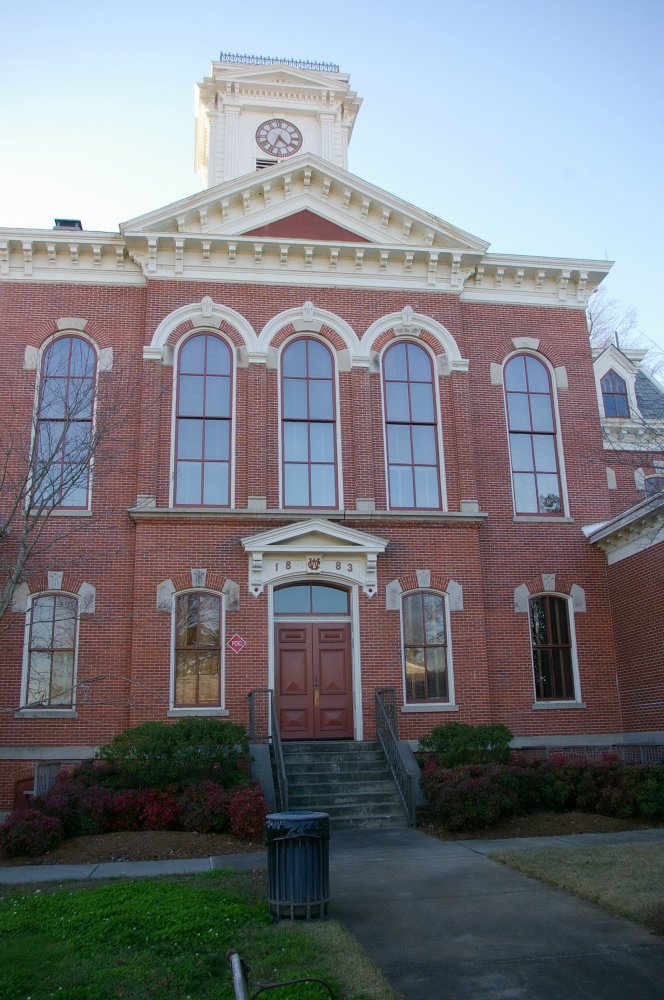 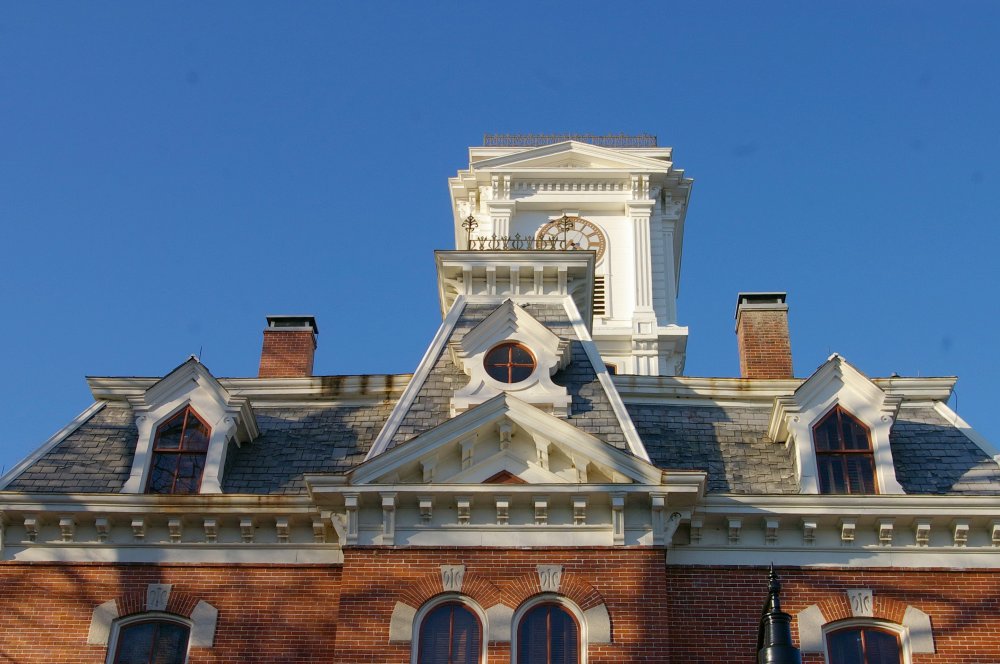 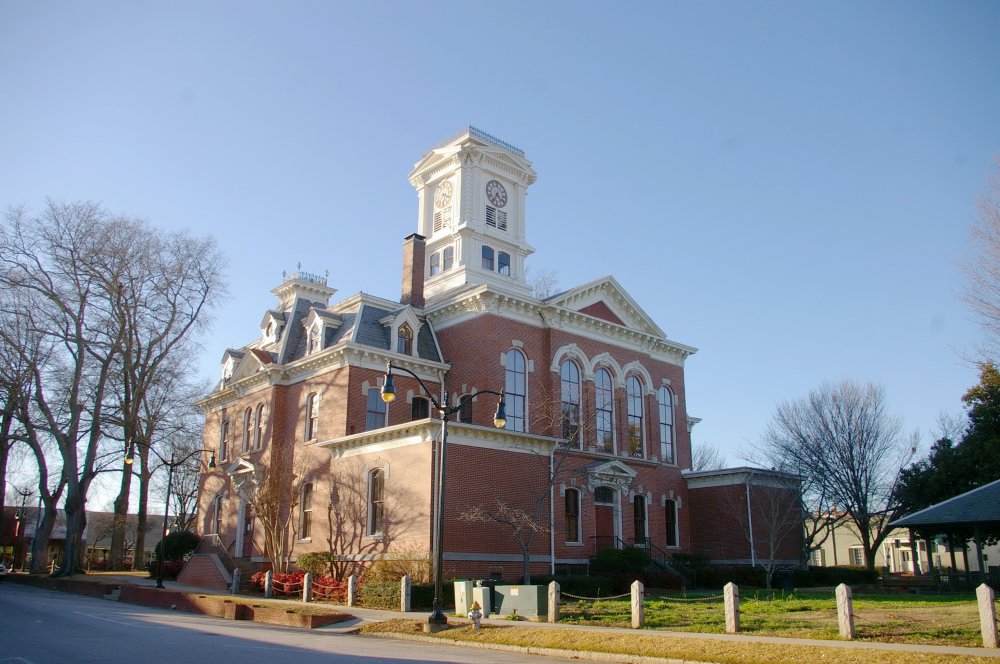 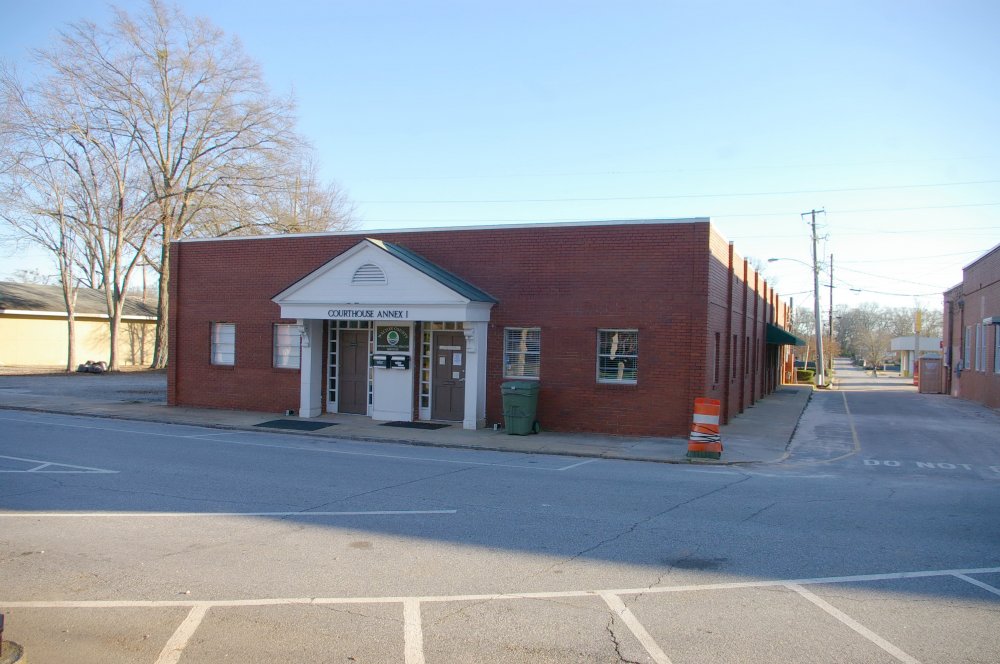