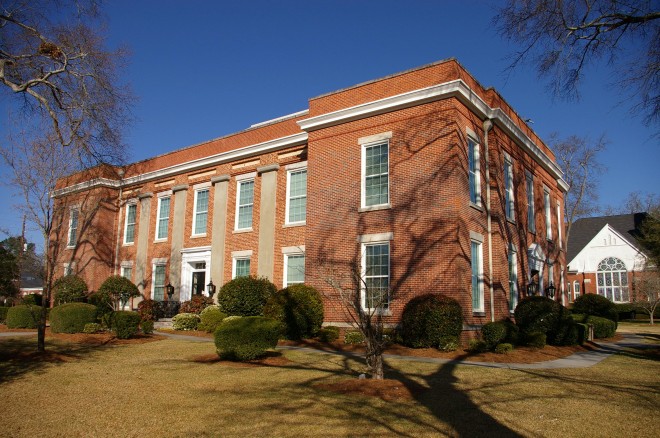 McDuffie County is named for George McDuffie, who was the thirteenth governor of South Carolina and a United States Senator.

Description:  The building faces south and is a two story red colored brick structure. The building is located on spacious landscaped grounds in the center of Thomson and has protruding east and west sections. Along the front are vertical concrete bands rising to the top of the second story windows. The entrance is framed in white wood trim. A white projecting cornice runs below the roof line. In 1930, the building was enlarged and wings added. The building was renovated in 1970. The architect was Dort B Payne and the contractor was Griffin-Carter Construction Company, Inc. The building ceased to function as a courthouse when the Government Center was completed. 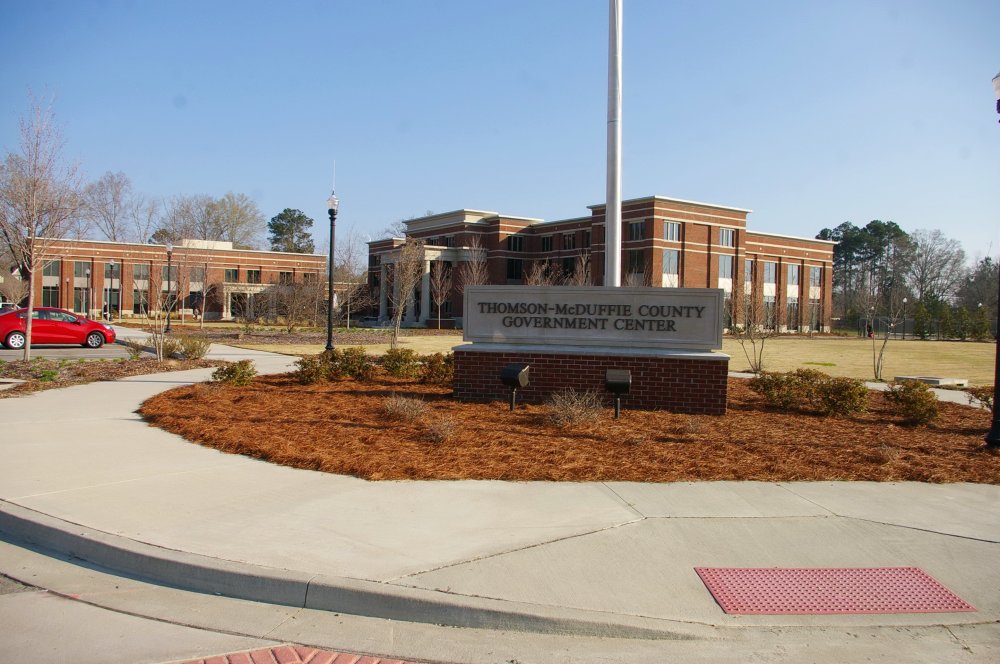 Description:  The building faces southwest and is a three story red colored brick, glass and concrete structure. The building is surrounded by spacious landscaped grounds in the center of Thomson. The southwest front has a two story portico with four columns rising to a wide header. Behind the portico, the center section rises above the roof line. The south and north corners have projecting corner sections. The windows are vertical with panels between the first and second stories. The roof line is flat. On the north side is the rectangular two story Administration Building which is connected by a one story section to the courthouse on the east side. The building is named as the Thomas-McDuffie County Government Center. The program manager was Judson Bryant Associates. 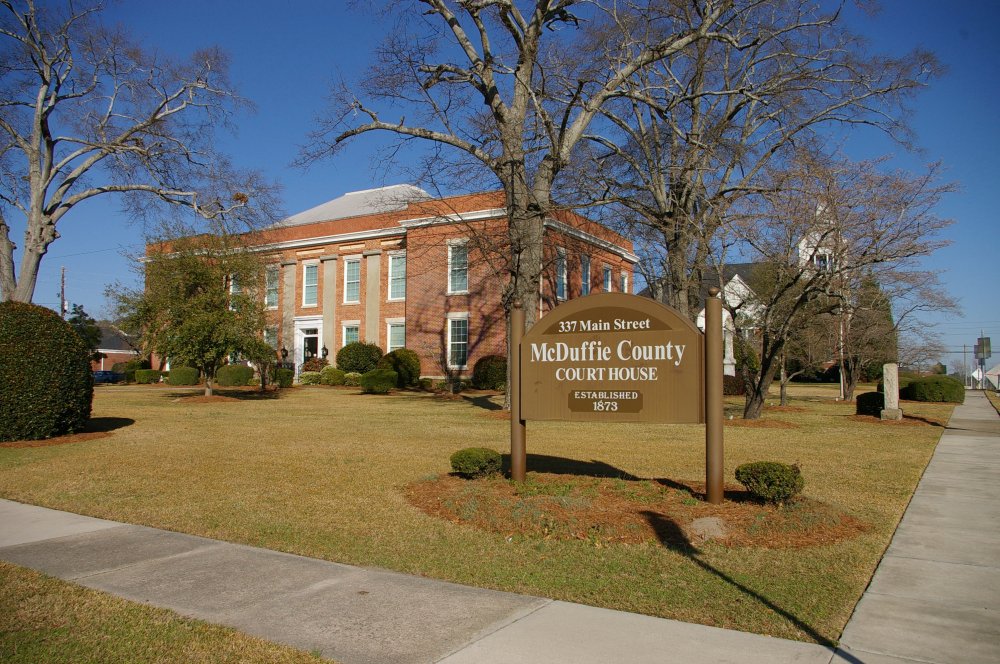 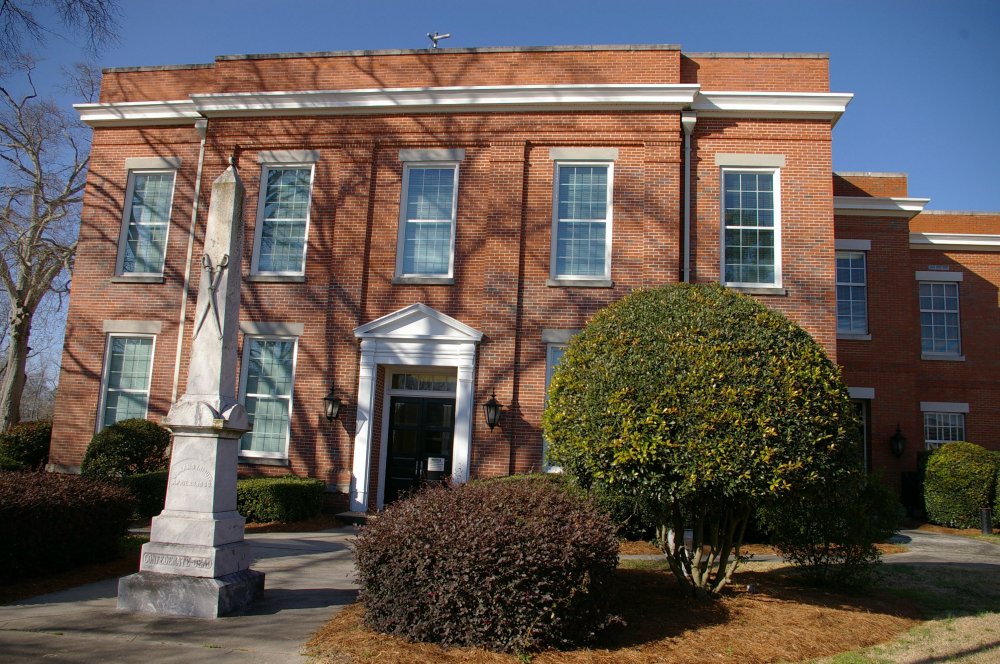 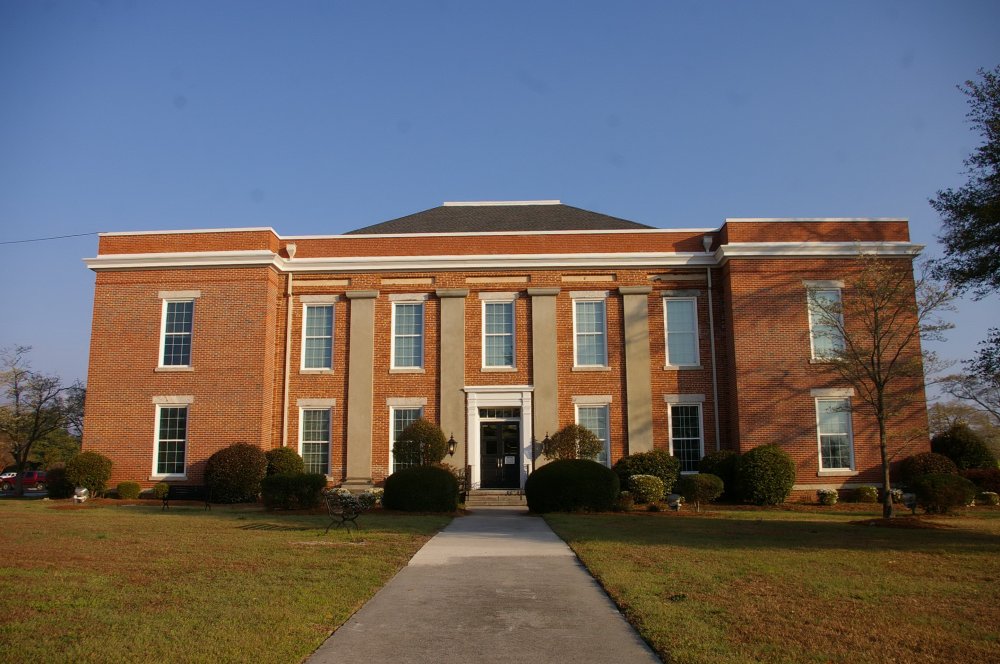 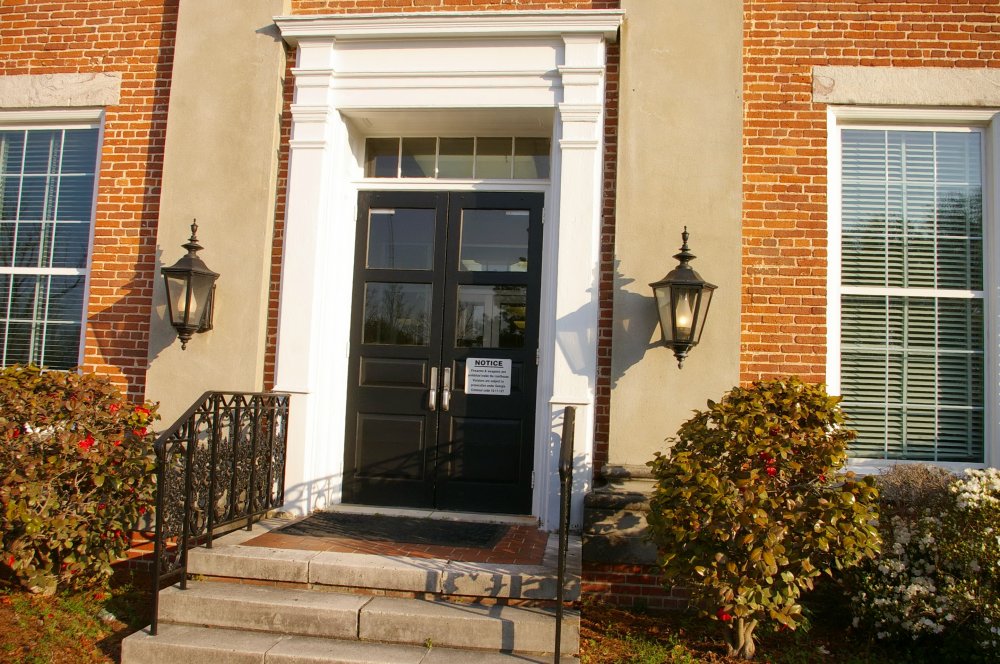 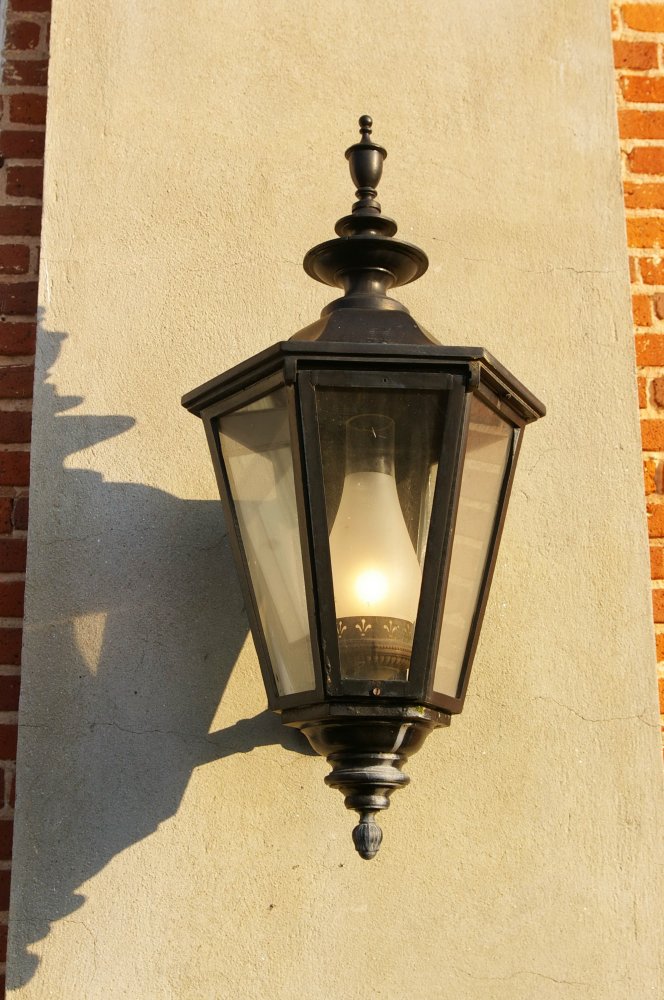 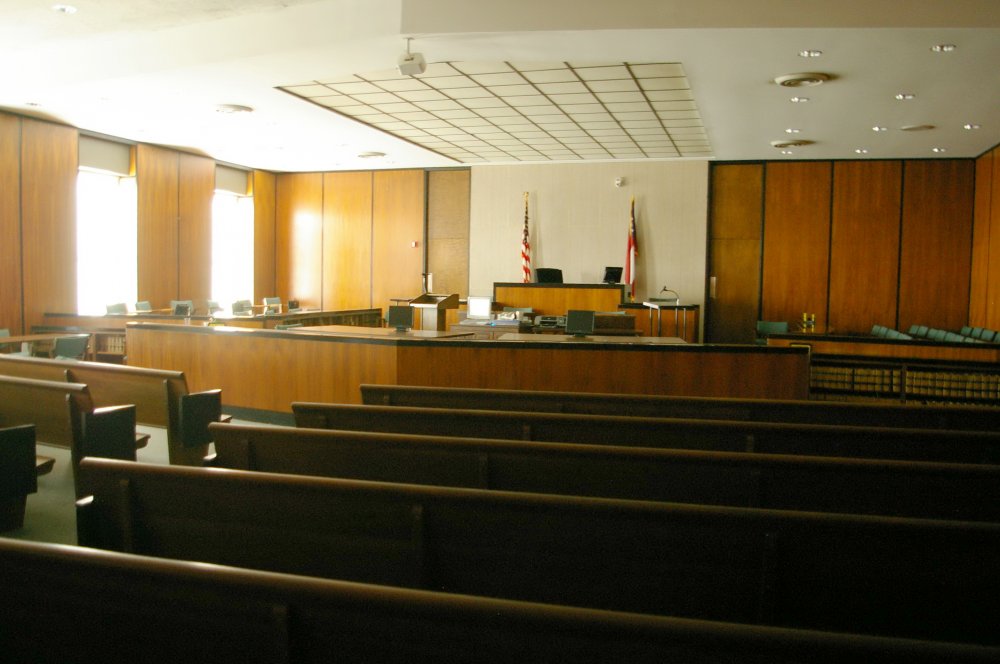 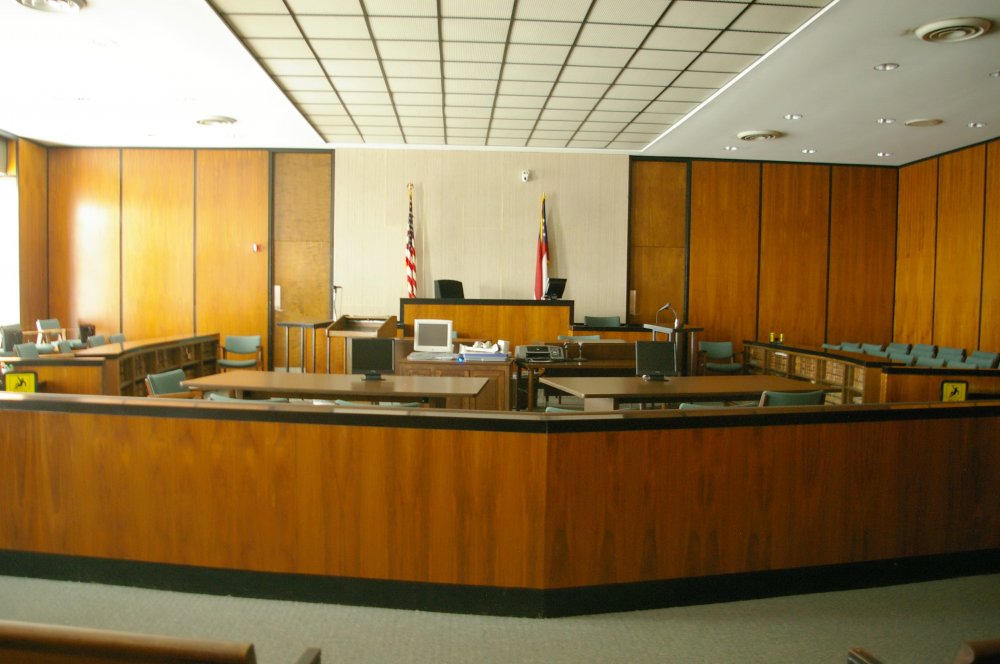 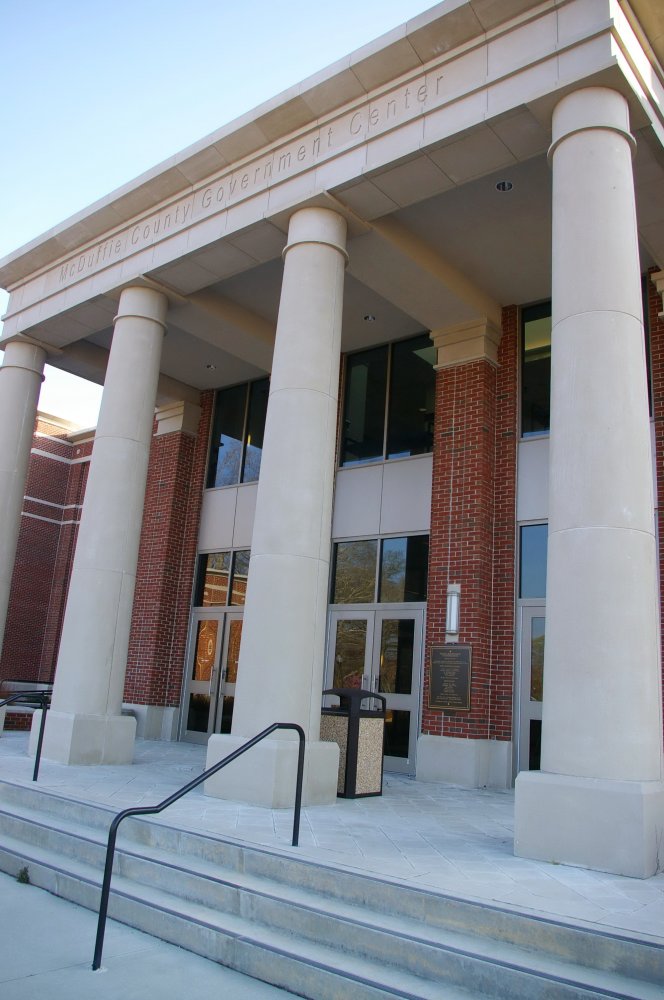