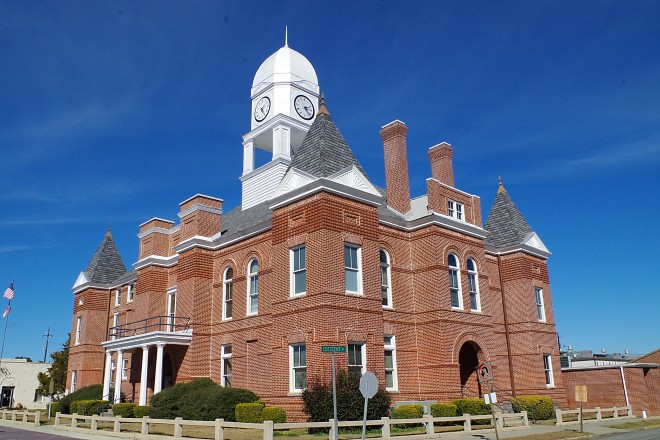 Macon County is named for Nathaniel Macon, who was a United States legislator from North Carolina.

Description:  The building faces southwest and is a two story red colored brick and wood structure. The building is located on landscaped grounds in the center of Oglethorpe. The southwest front has a central one story porch with four columns rising to a balcony on the second story. On the second story is a large central window. Square brick towers flank the central entrance and rise above the roof line. On each corner of the building are square tower with steep roofs. On the center of the roof is a large white colored cupola with open belfry and clock and dome above. The building was renovated in 1994. The architect was W Lane Greene and the contractor was Daniel Construction Company.

See:  Walter Chamberlin of Knoxville, Tennessee used the similar design for the courthouses at Berrien County and Gibson County, Tennessee. 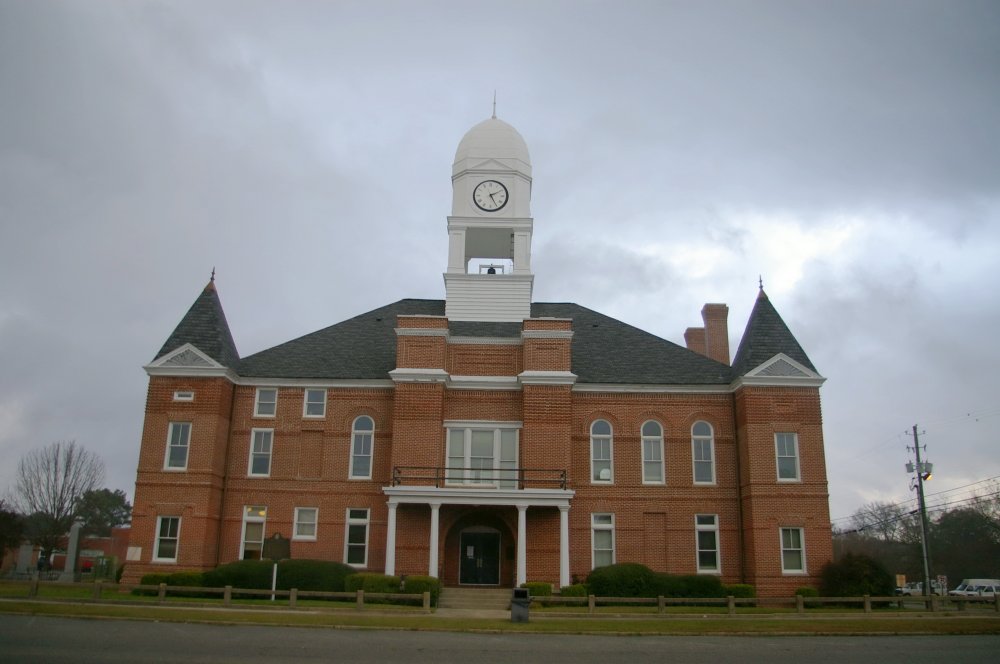 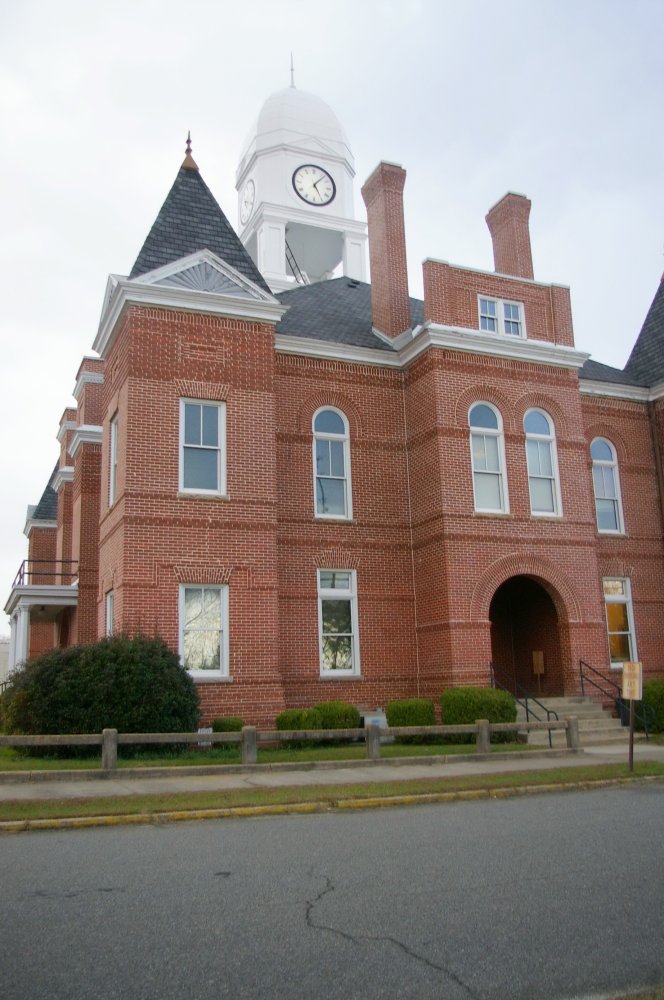 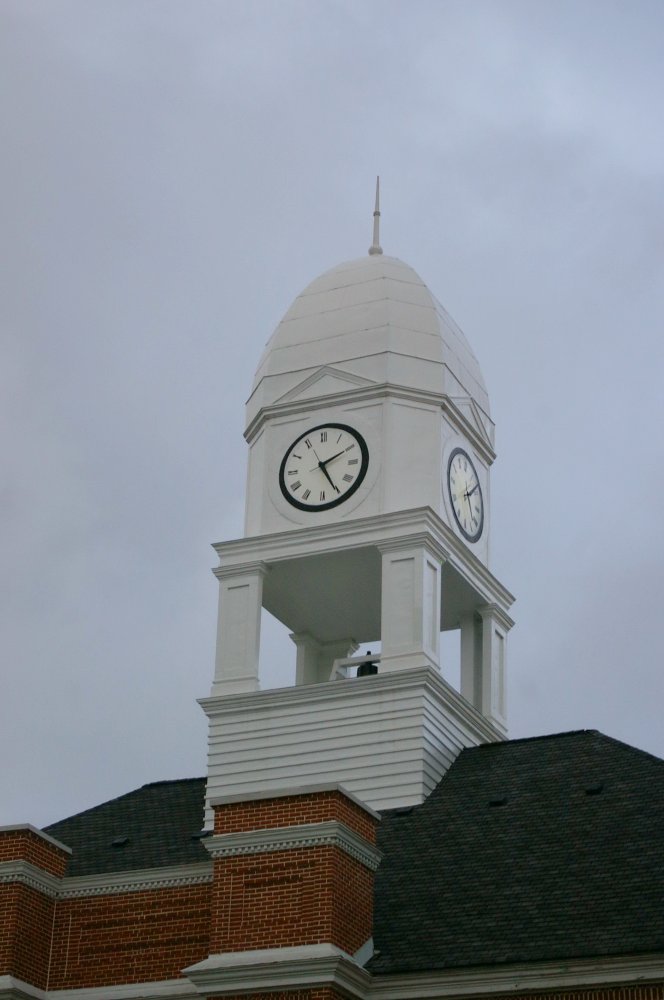 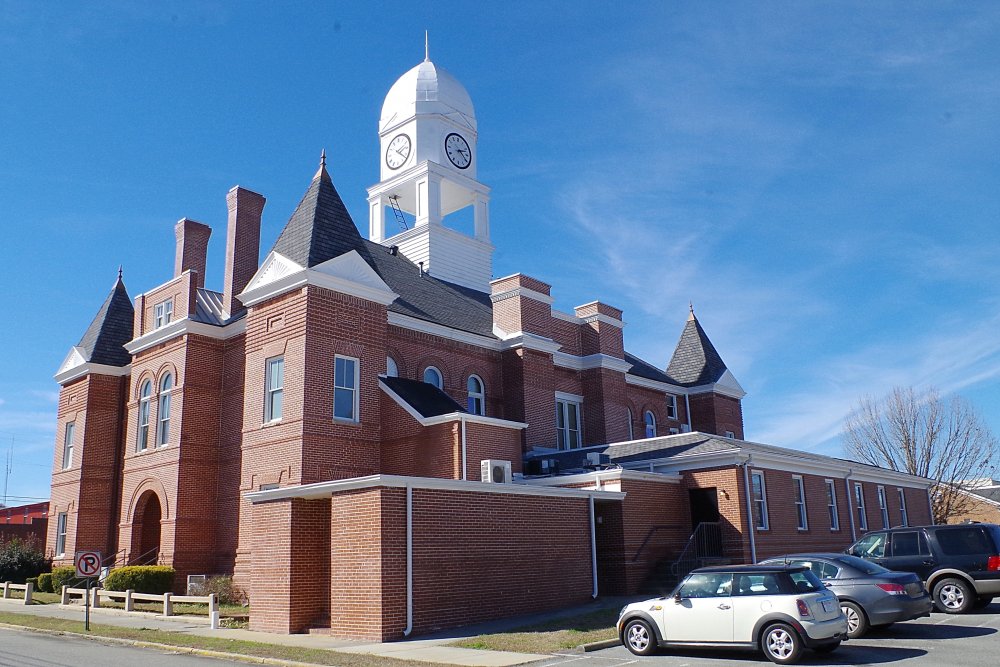 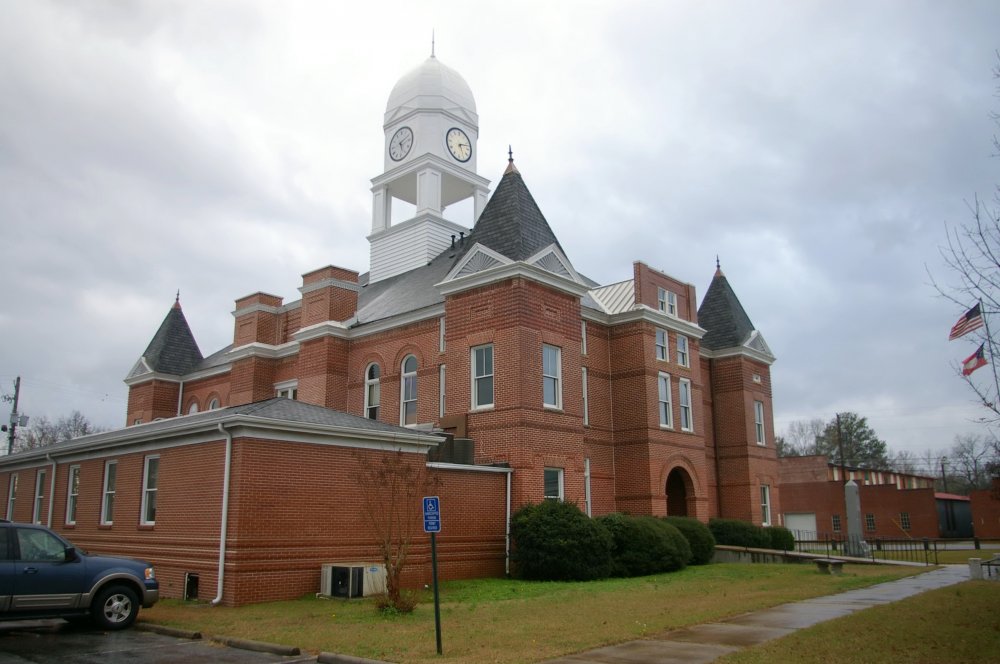 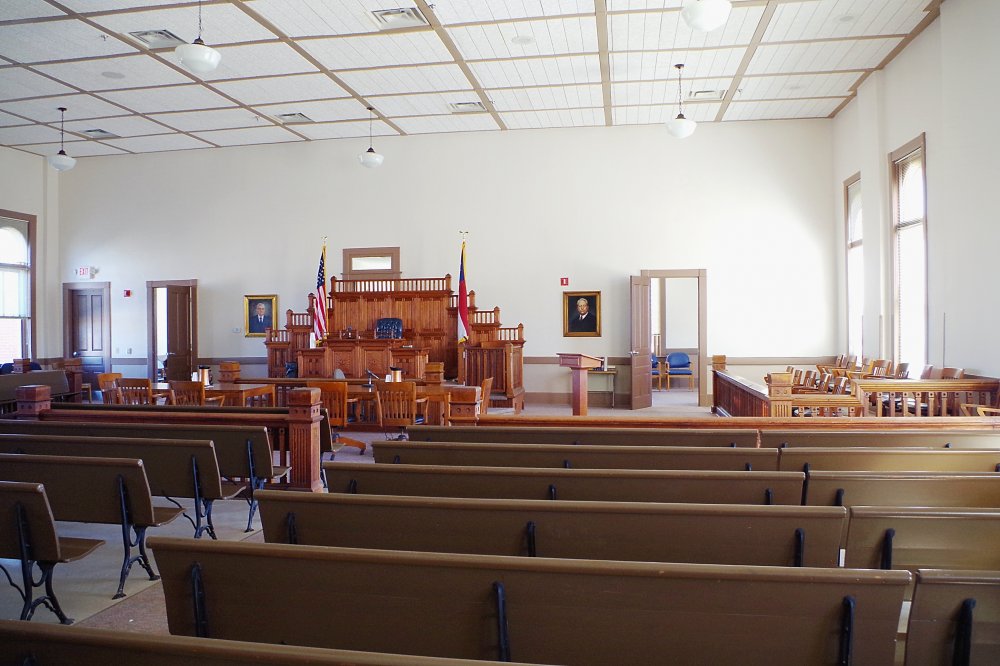 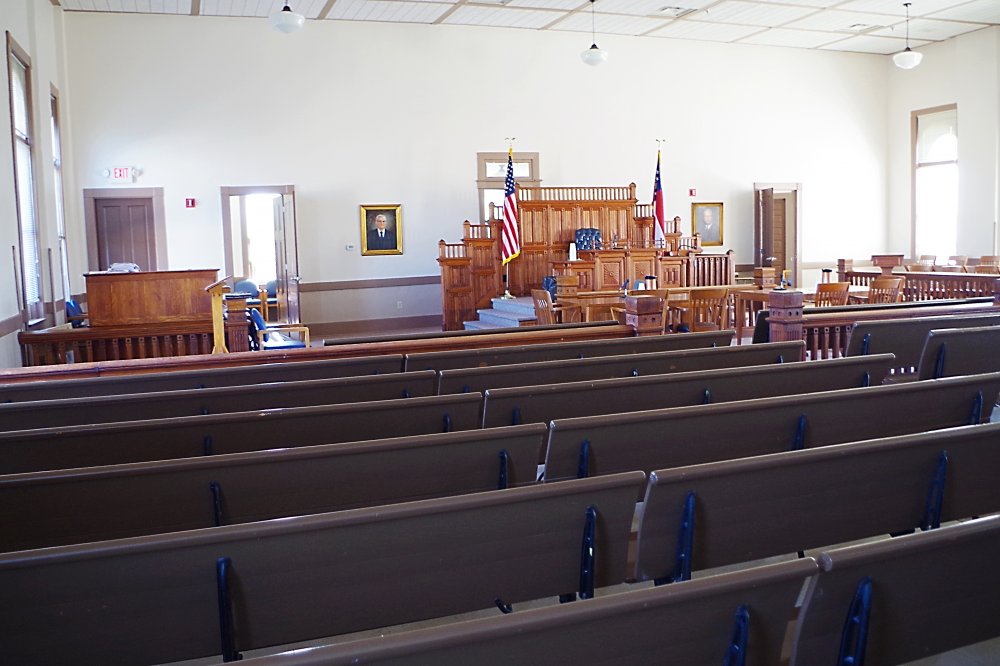 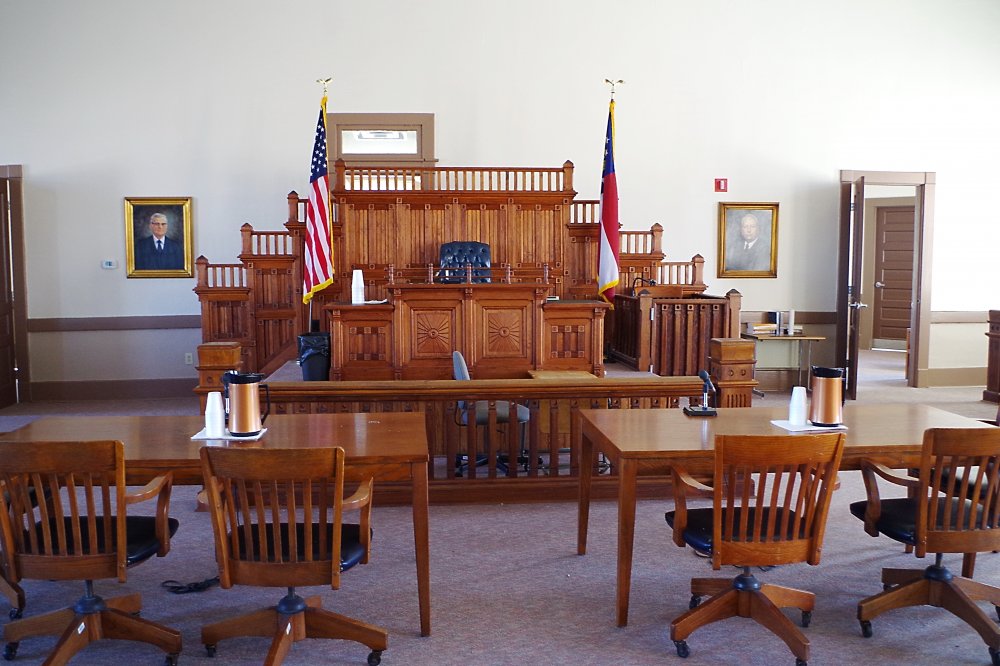 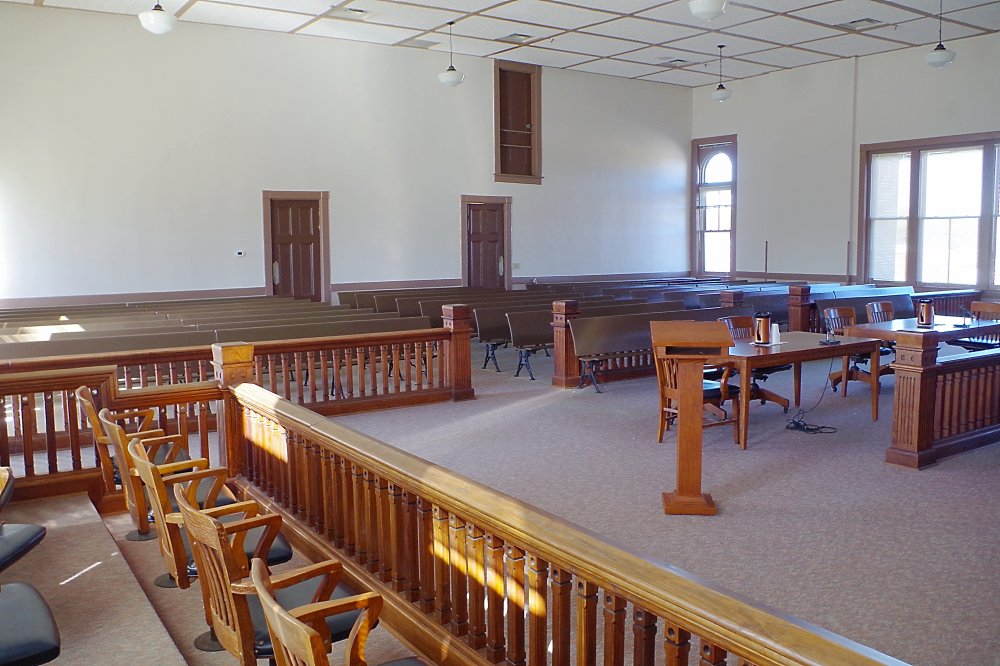 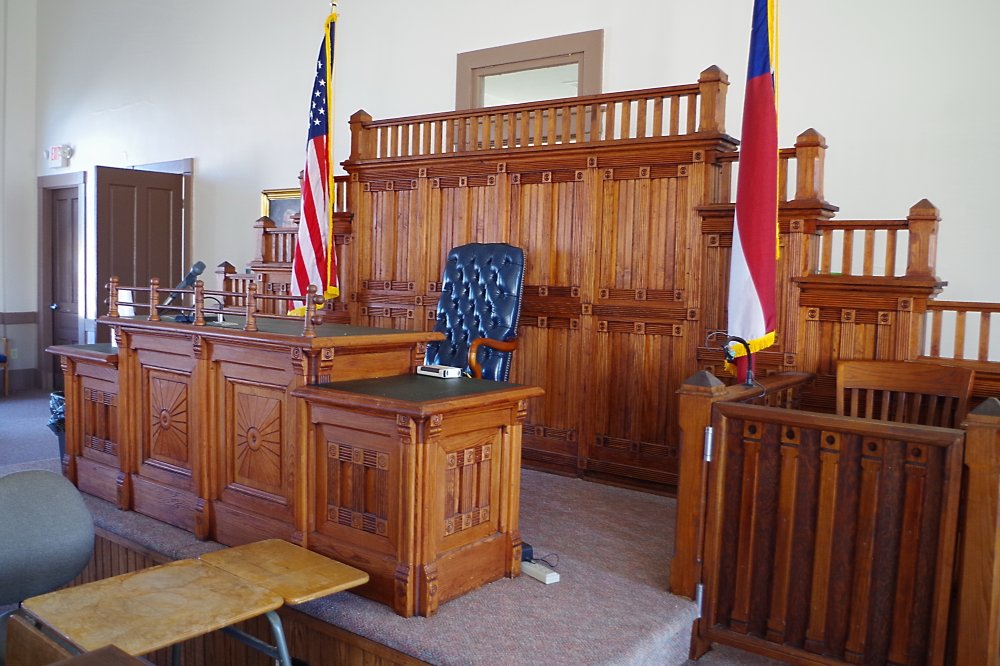 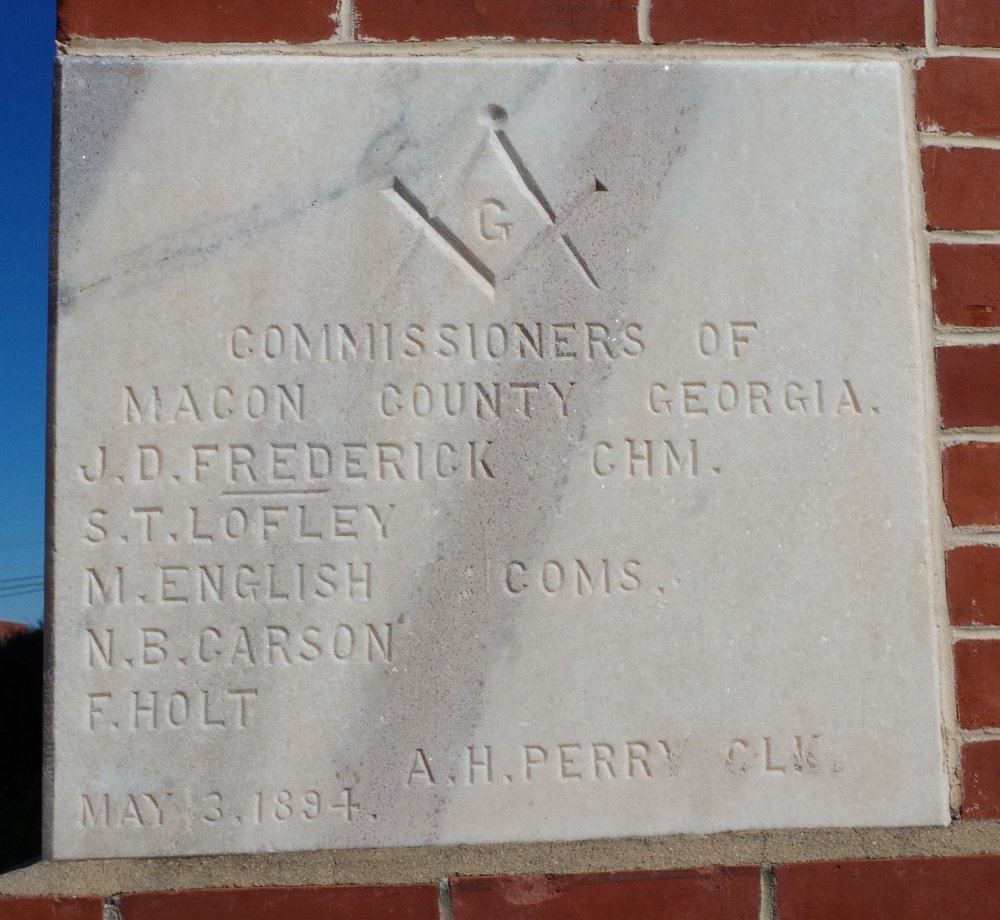 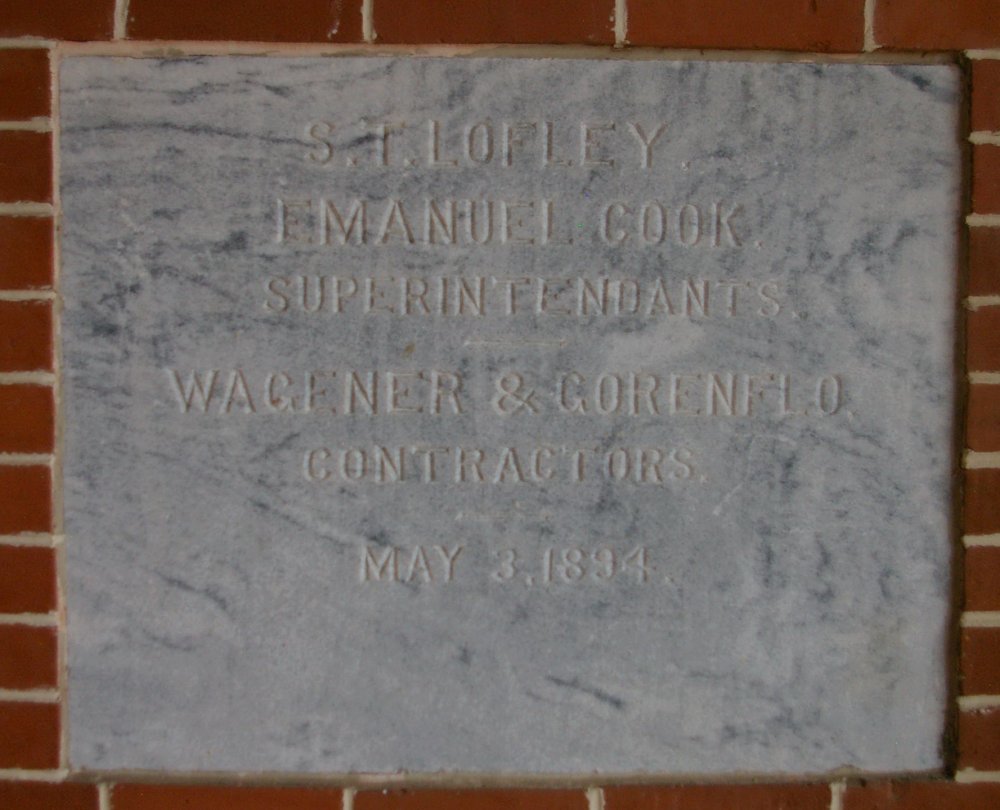 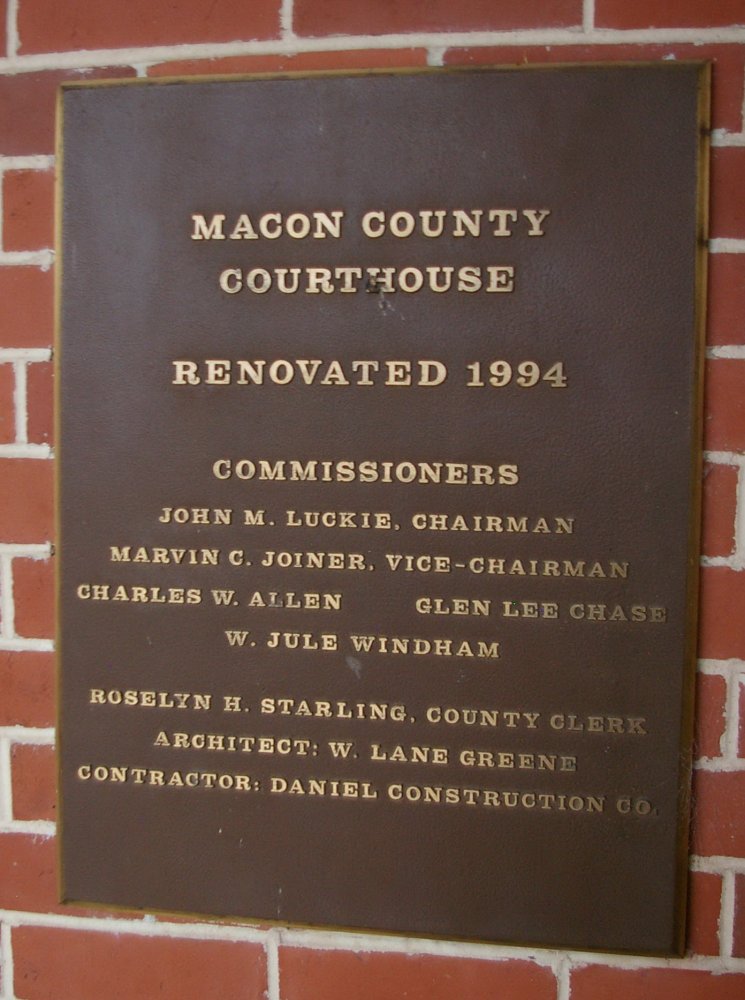 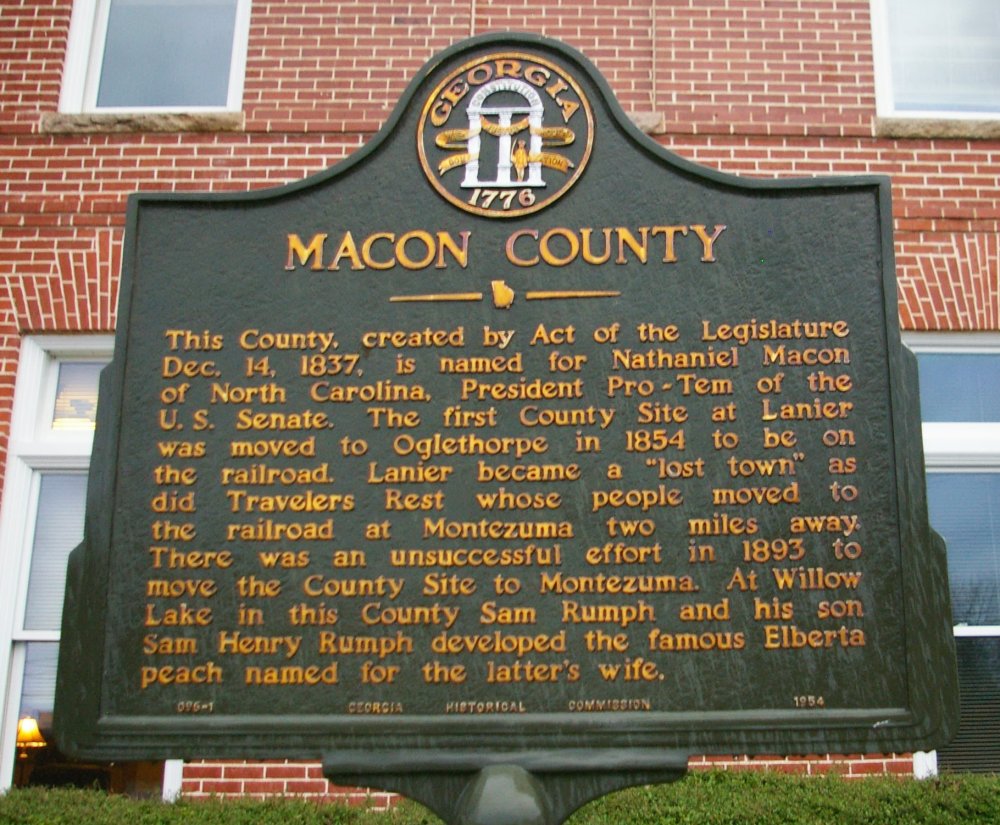