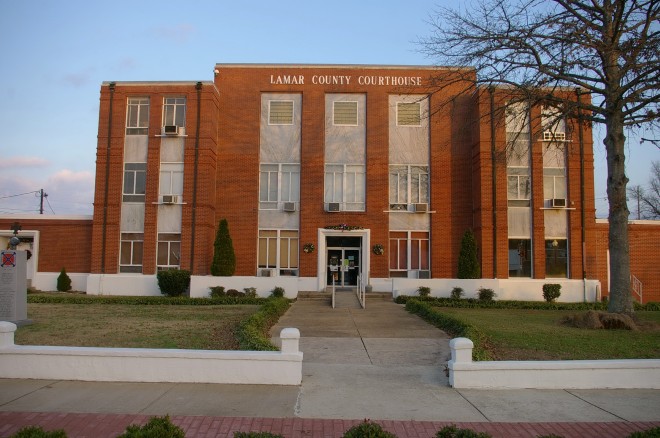 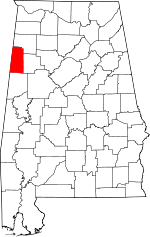 Description:  The building faces west and is a three story red colored brick and concrete structure. The building is located on landscaped grounds in the center of Vernon. The north and south sections of the west front project from the main building. The recessed center section has vertical windows with panels between The roof line is flat. The building houses the County Probate Court of the 24th Judicial District. The building was remodeled in 1948. The architect was William Rosamond and the contractor was Daniel Construction Company. 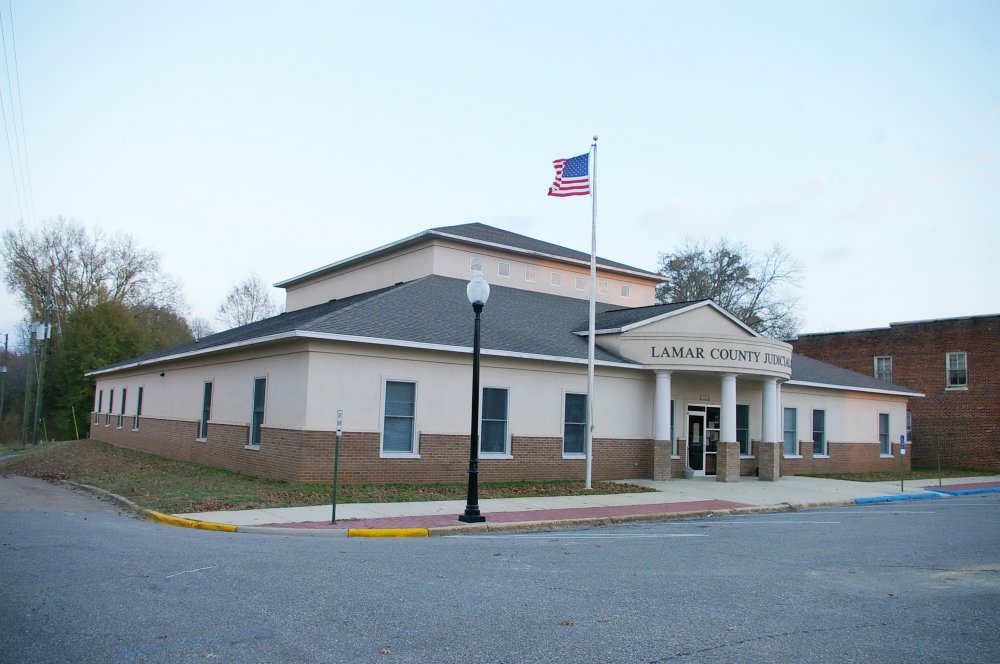 Description:  The building faces west and is two story brick and concrete  structure. The building is located on the east side of the courthouse in the center of Vernon. The west front has a semi-circular central entrance with three columns rising from brick pedestals with peaked roof at the roof line. The lower part of the building is faced with red colored brick. And the upper part is a cream colored stucco. The center of the building rises to a hipped roof. The building houses the County Circuit Court and the County District Court of the 24th Judicial District.

History:  The county was created in 1867 and Vernon was selected as the county seat. The first courthouse built in 1870 for Sanford County which later became Lamar County developed leaks and cracks. In 1894 D S McClanhan of Columbus, Mississippi remodeled the building at a cost of $2,300. In 1909, the second courthouse was designed by Chamberlain and Company of Birmingham and the contractor was B C Bynum Construction Company of Birmingham. 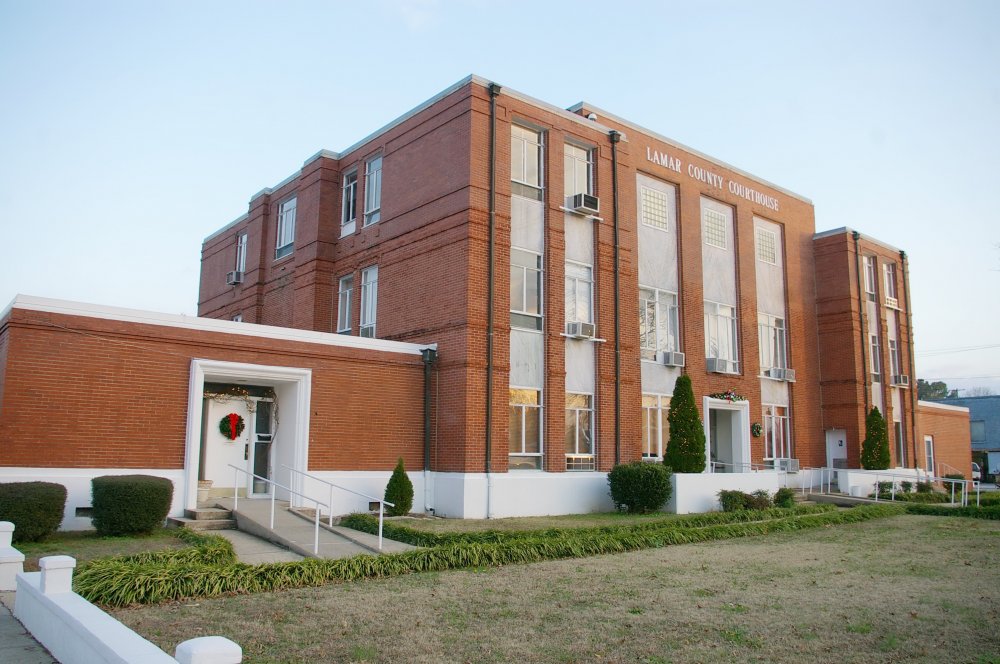 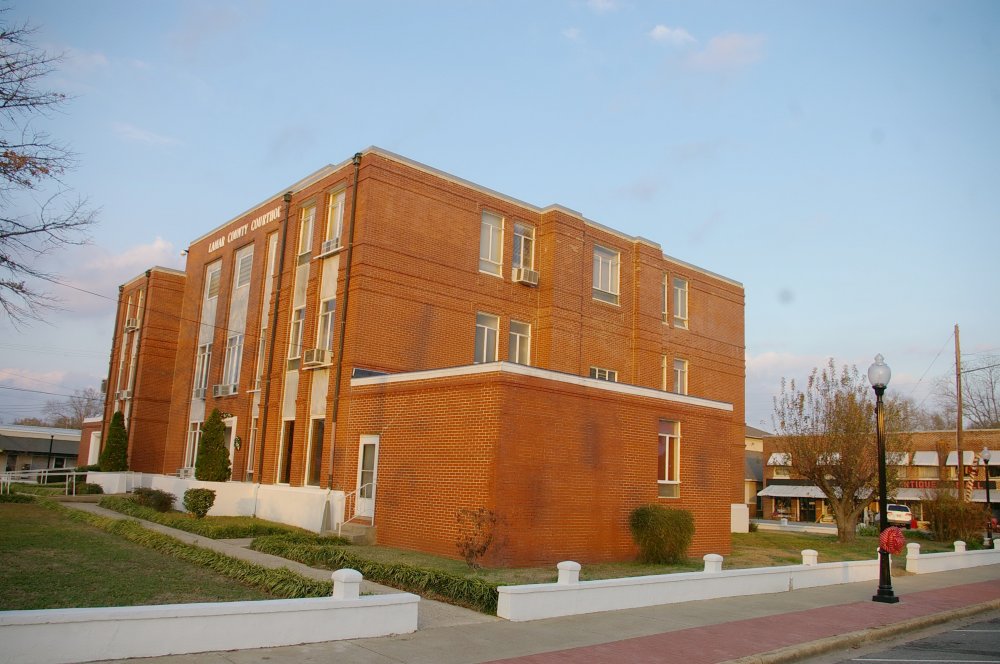 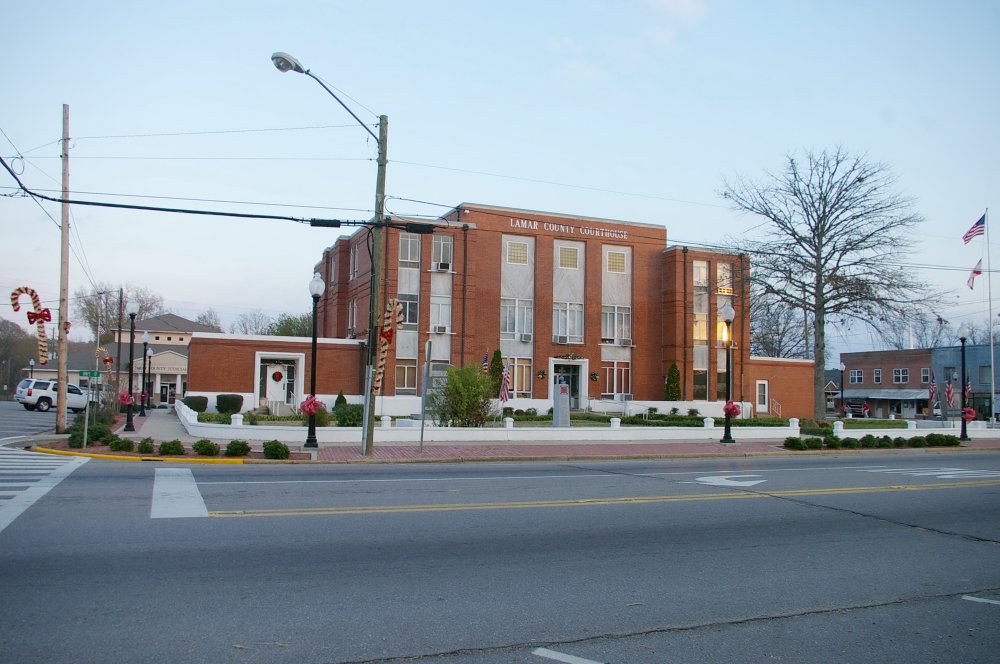 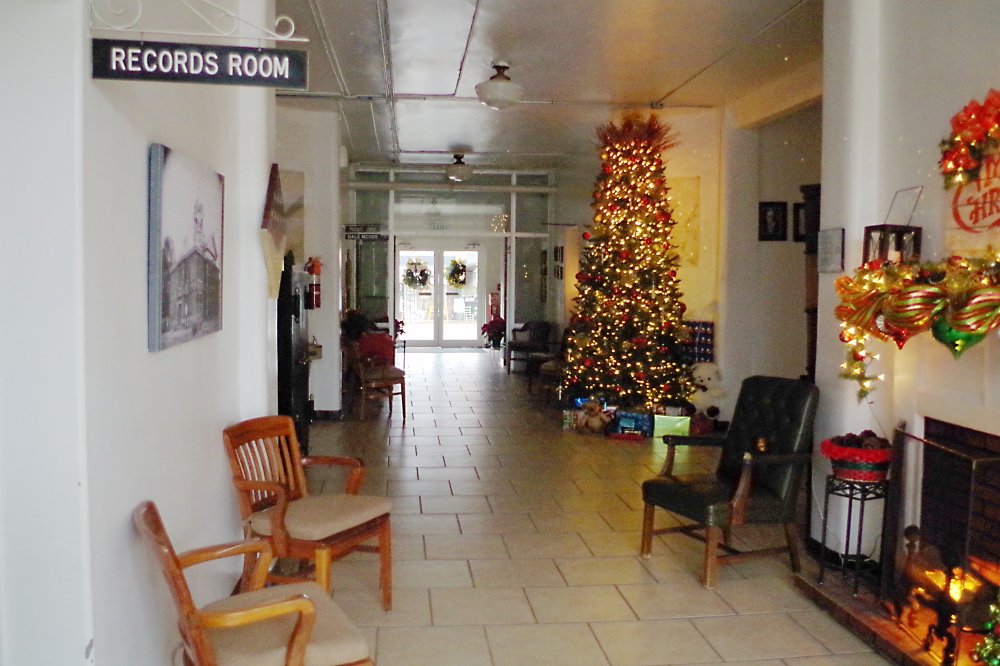 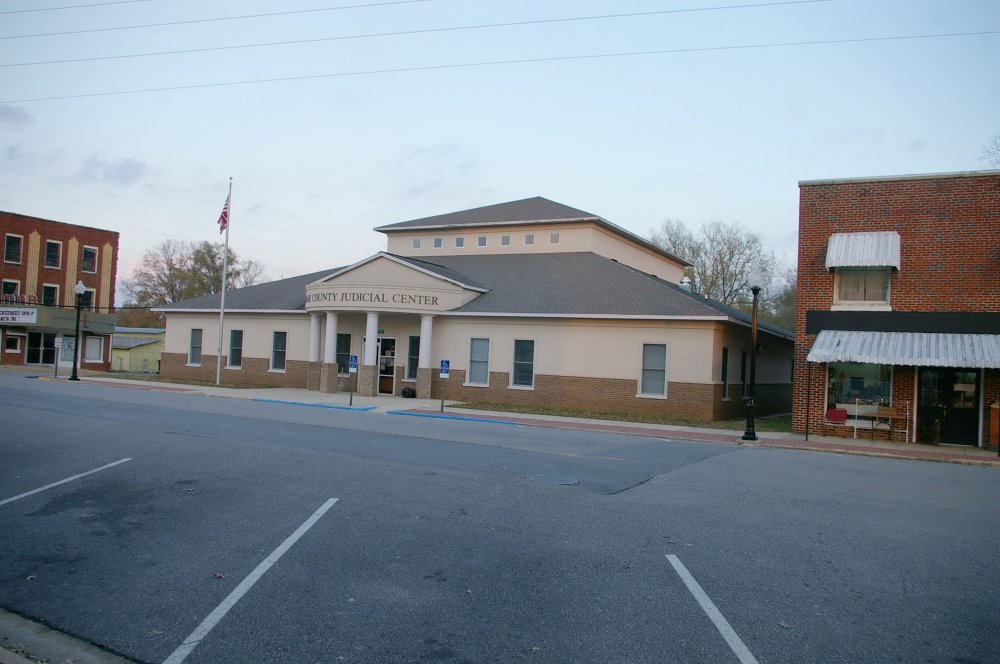 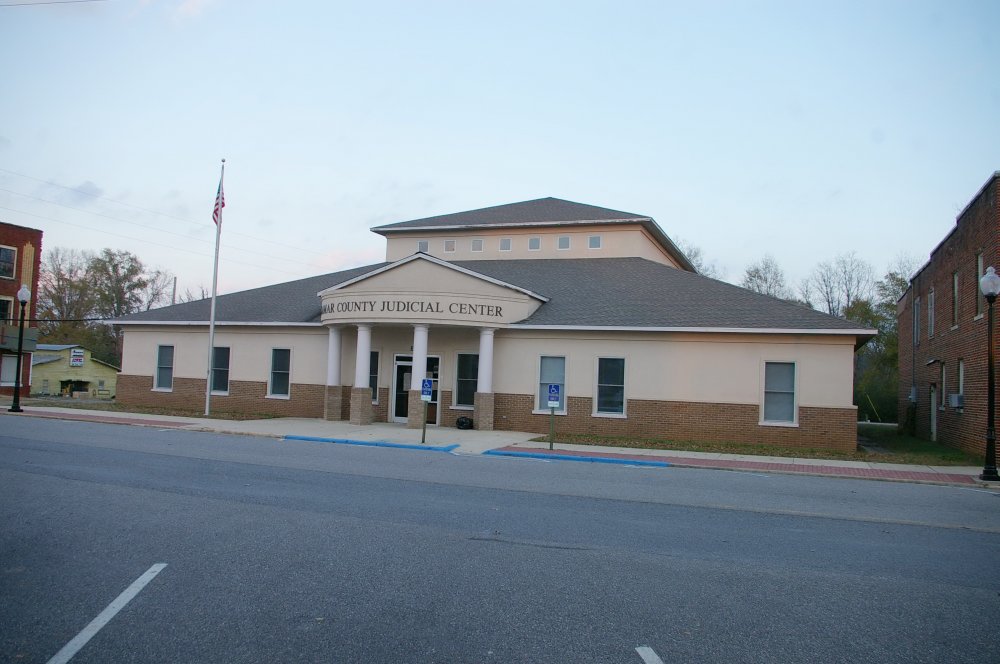