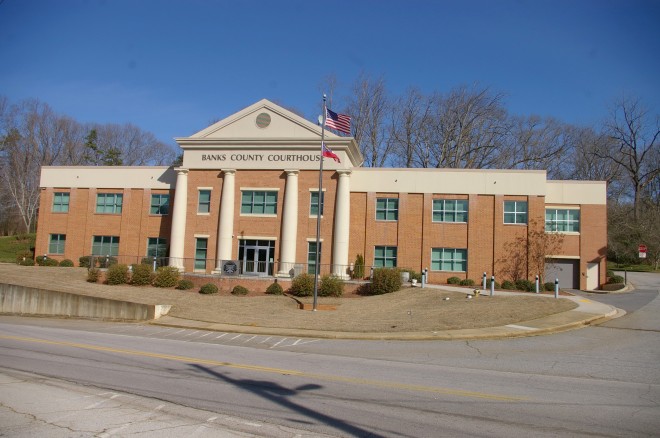 Banks County is named for Richard Banks, who was a noted Gainesville physician and surgeon.

Description:  The building faces southwest and is a two story buff colored brick and concrete structure. The building is located on landscaped grounds in the center of Homer. The southwest front has a projecting center section with four high columns rising to a wide header with pediment rising above the roof line. A wide band runs along the flat roof line. Horizontal brick pilasters divide the windows. The building was remodeled in 2009 changing the appearance of the front of the building. The architect was Pieper O’Brien Herr Architects and the contractor was Turner Construction Company. To the south is the old County Jail built in 1900. 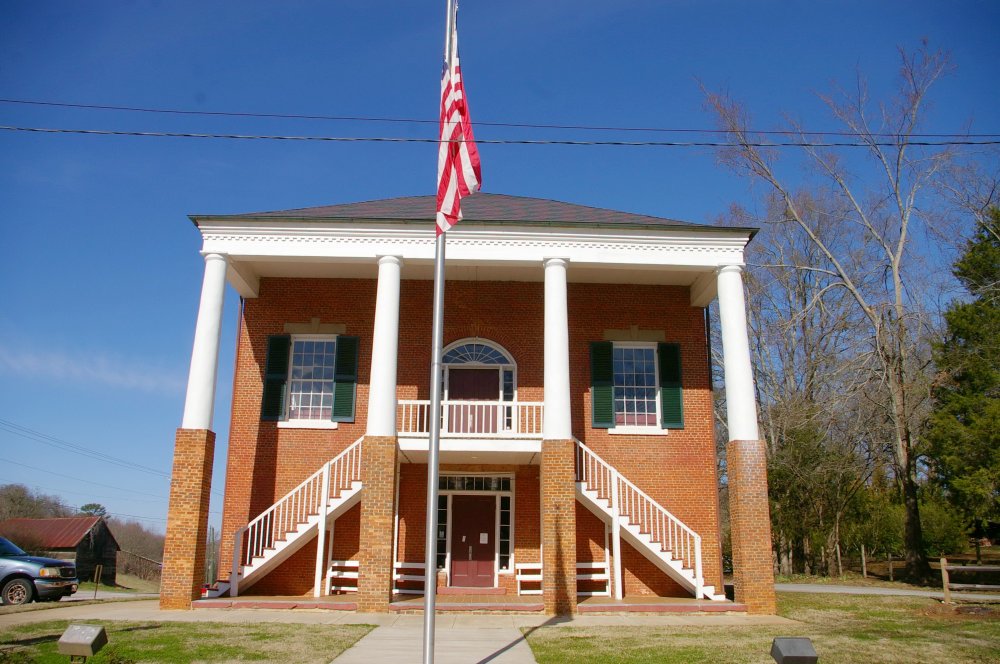 Description:  The building faces southeast and is a two story red colored brick, stone and wood structure. The building is located on landscaped grounds in the center of Home to the south of the courthouser. The southeast front has a large porch supported by four brick pillars rising to white colored columns. There are stone headers above the windows. Stairs ascend on either side to the courtroom entrance on the second story. The roof is hipped. The building now serves as a museum and community meeting hall.

History:  The first county seat was New Lebanon and in 1860, the county seat was moved to Homer. Construction of the first courthouse started in 1860, but completion was delayed due to the Civil War. Reportedly the courthouse was built with $6,600 in Confederate currency. The date of construction is carved in the wood frame of the southeast door on the first story  The second courthouse was constructed in 1986 to 1987. 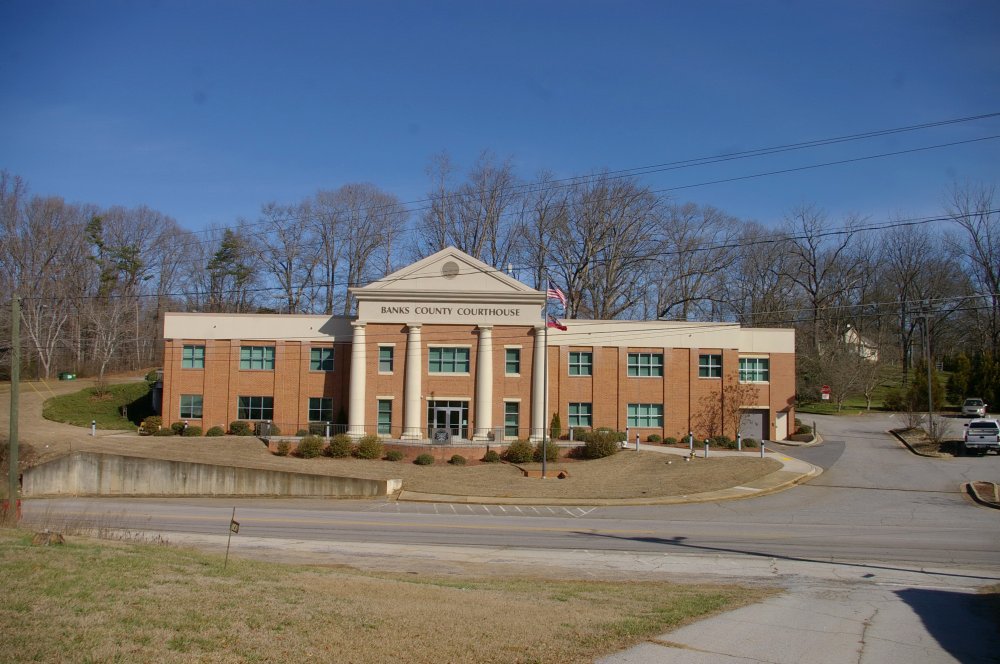 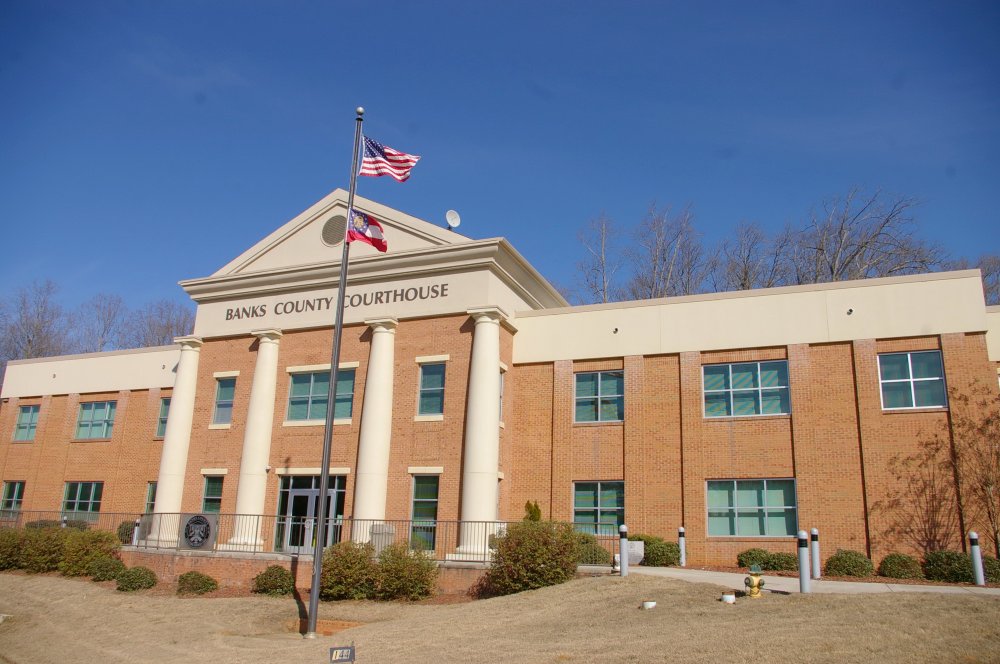 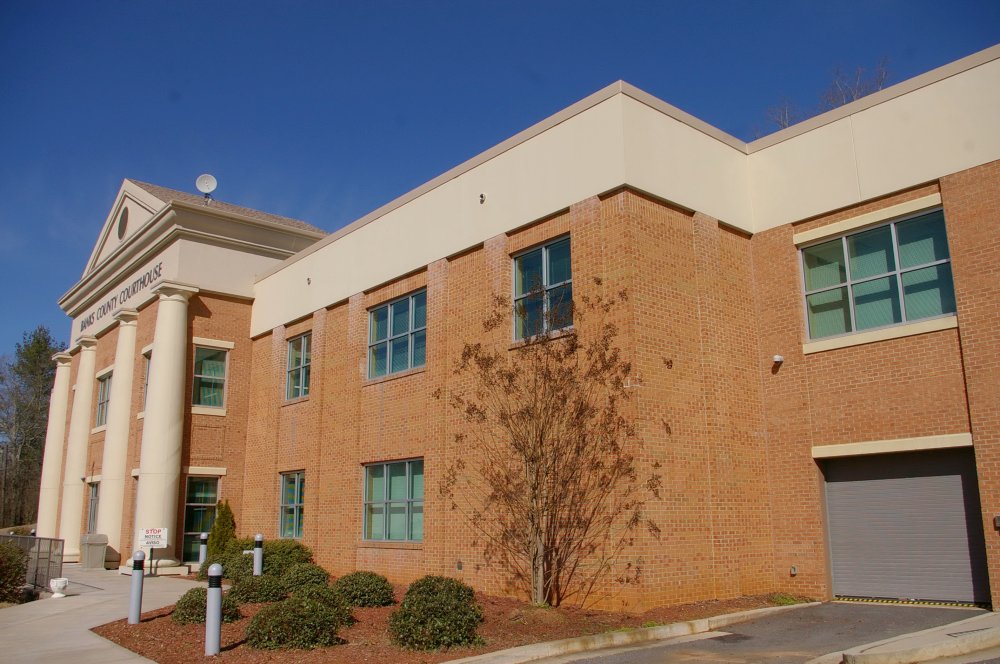 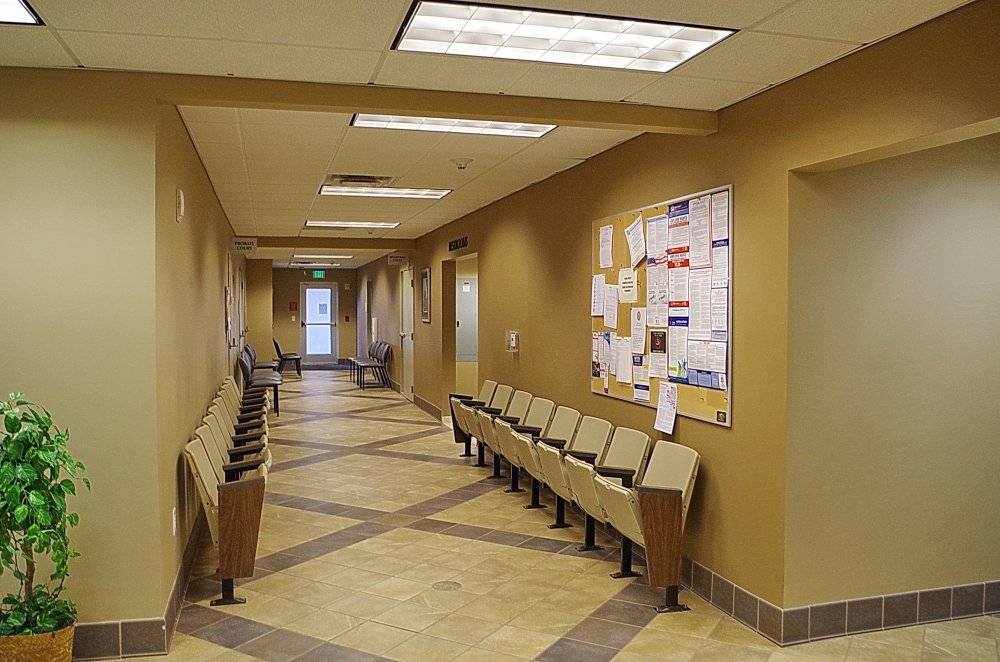 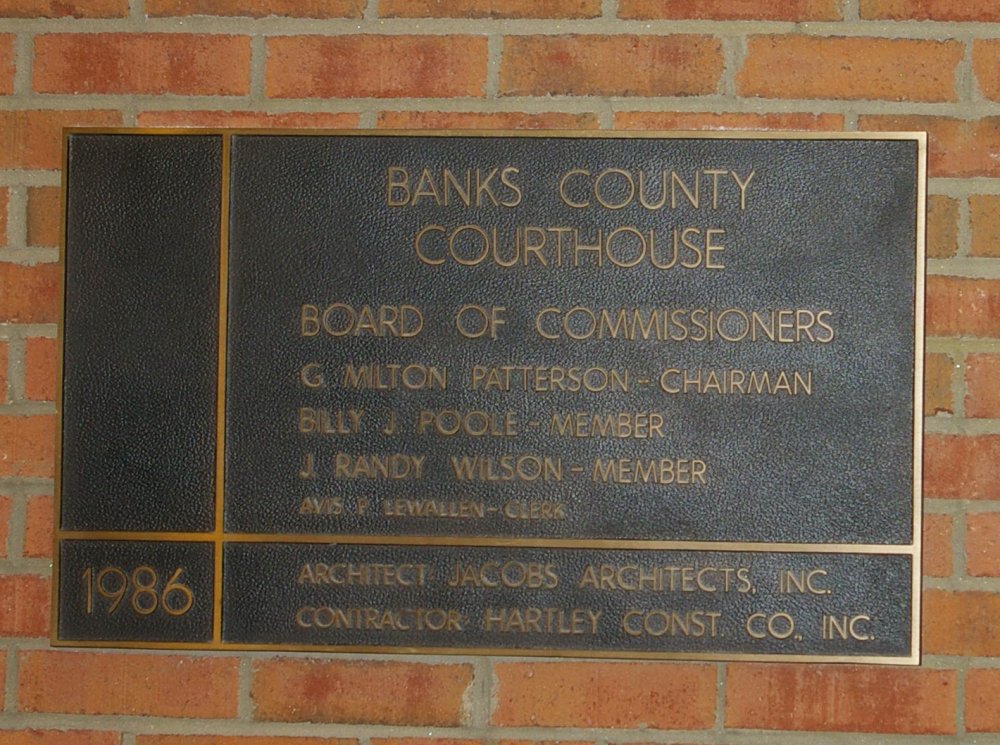 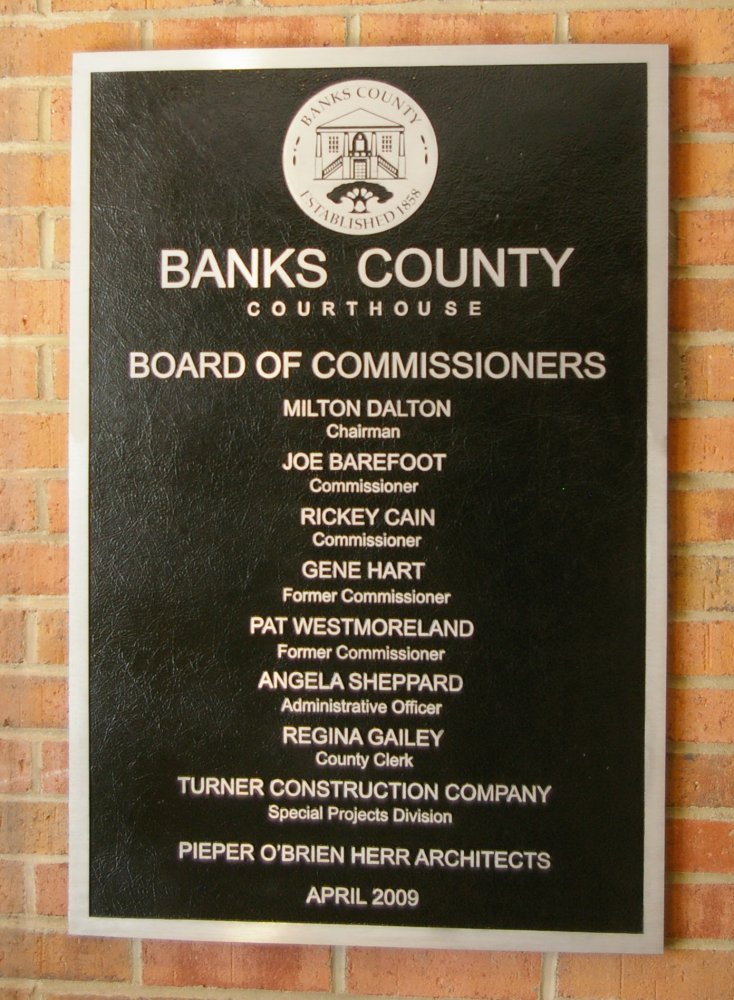 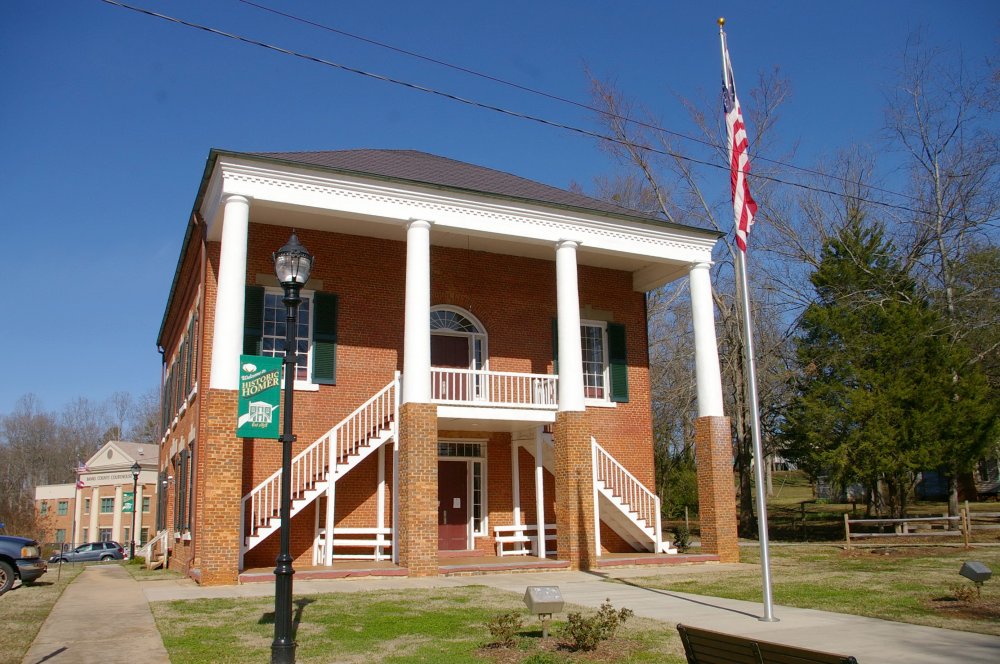 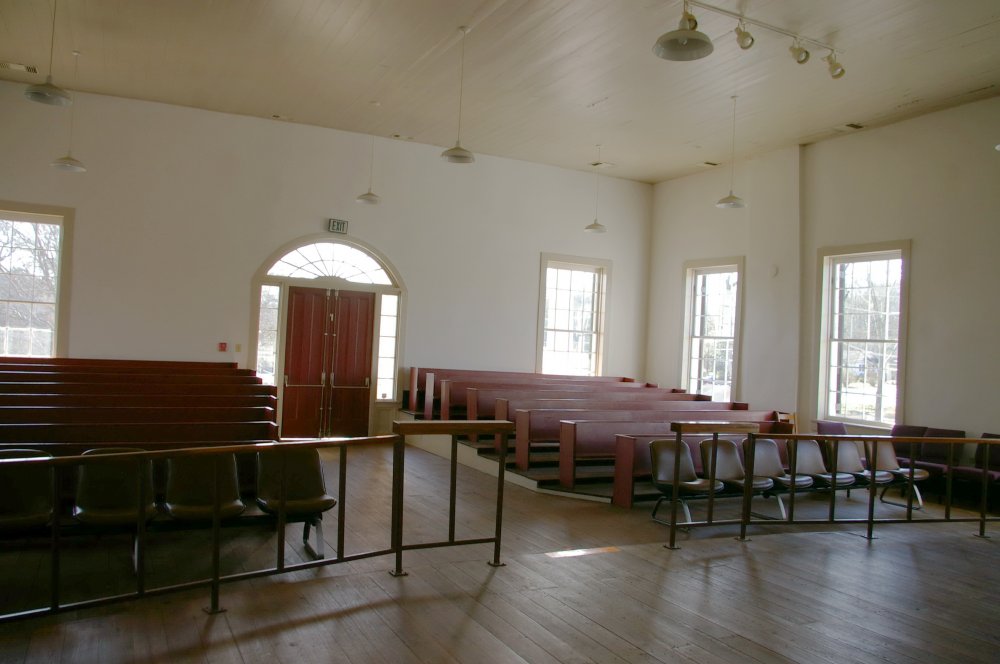