Natrona County is named for the natron or soda that is produced in the region and the Spanish “Natrona” means “soda”.

Description:  The building faces east and is two story white colored limestone structure. The east front has vertical windows with a central entrance on the first story. The lower north and south wings project from the main building. There are friezes on the building and the roof line is flat. The building is connected to the Hall of Justice on the west side by skywalks.

Note:  The previous courthouse was designed by A Randall and constructed by Schmidt & Esmay in 1908. The Statue of Justice from the old courthouse stands in the lobby of the present courthouse. 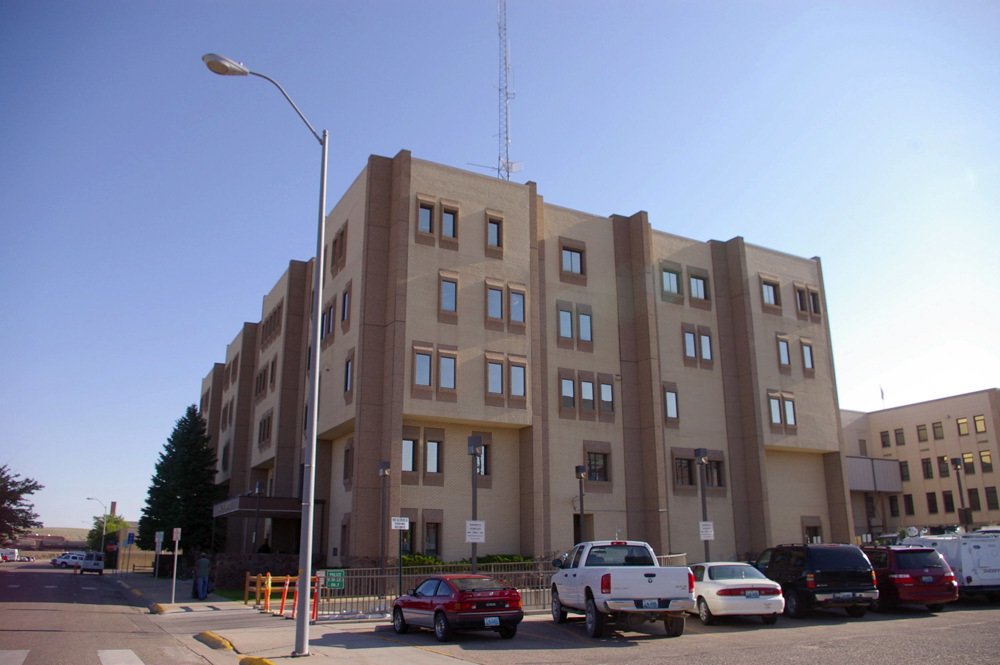 Description:  The building faces west and is a five story brick, concrete and glass structure. The building has projecting corner sections and center sections. The windows are framed. The roof line is flat. 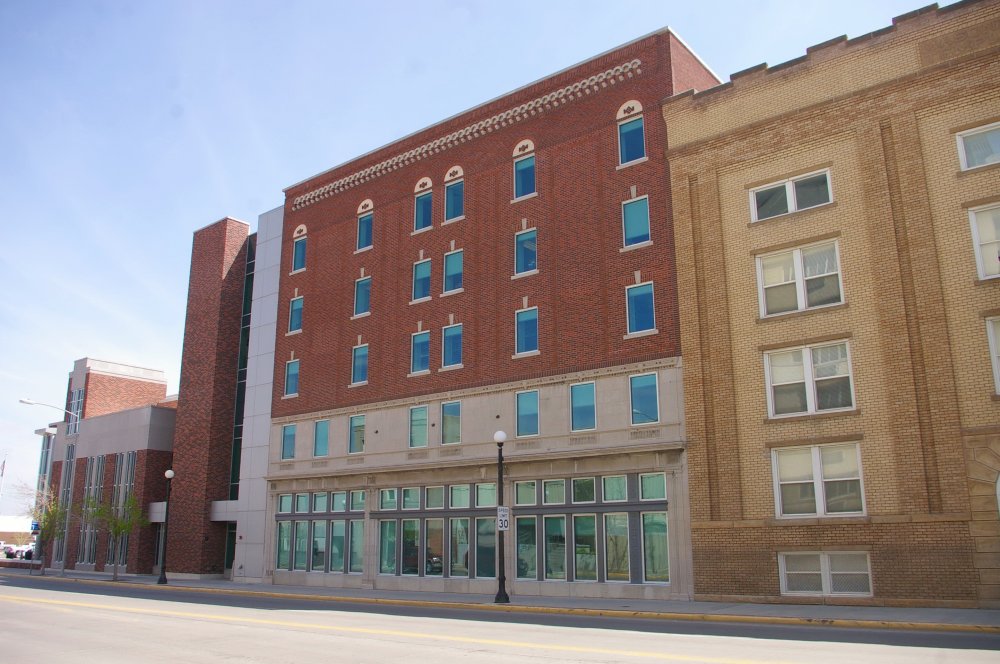 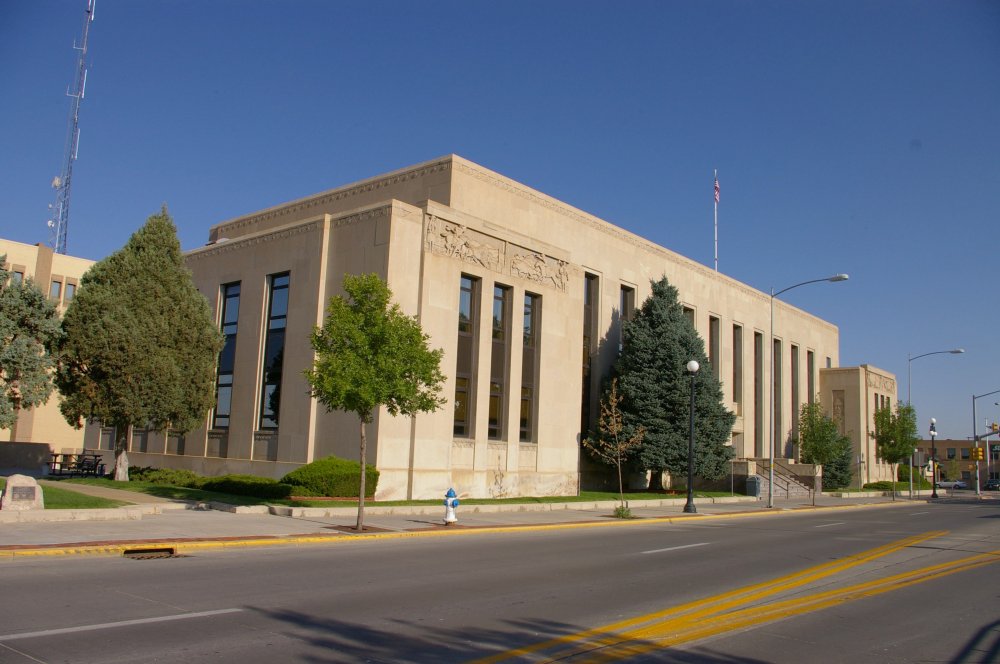 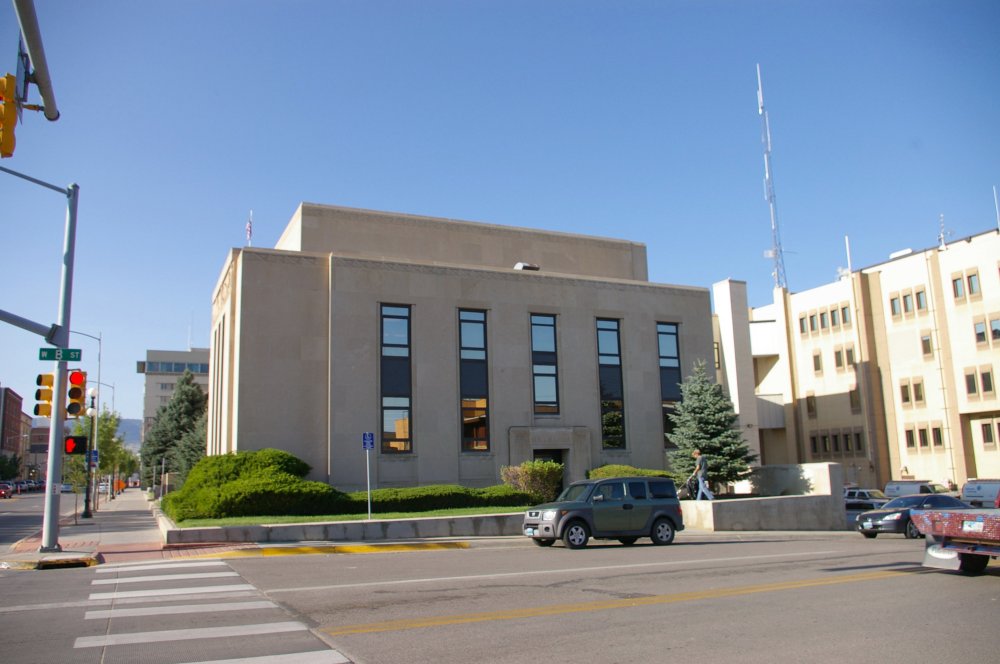 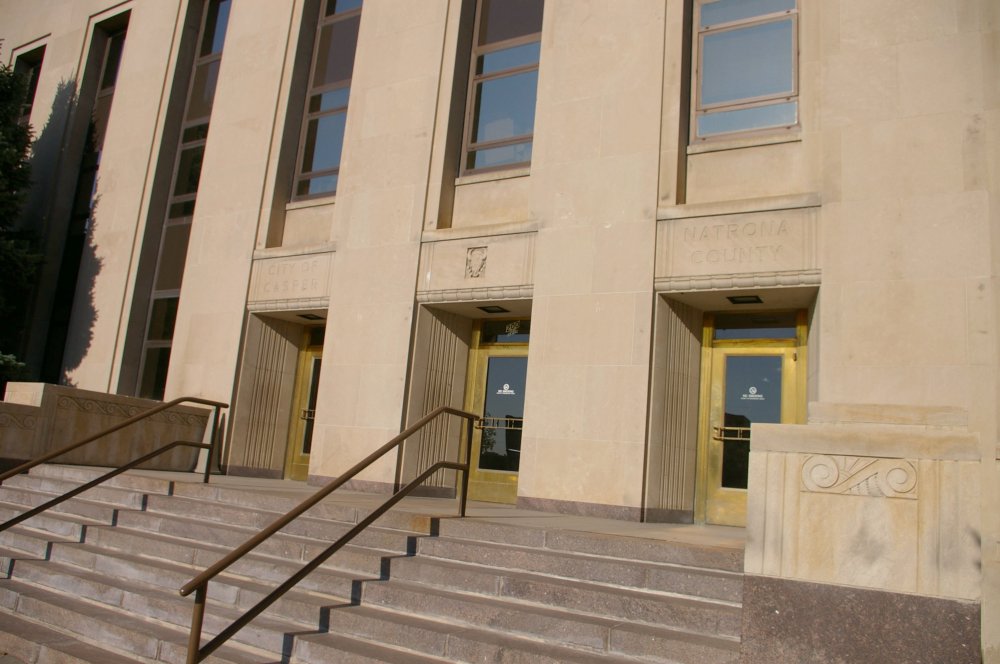 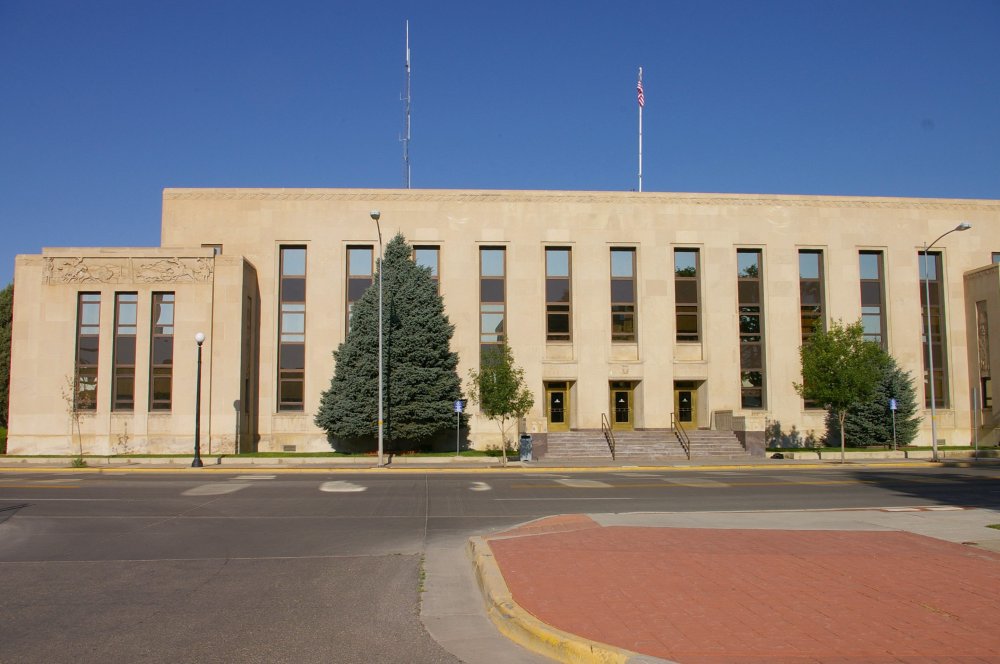 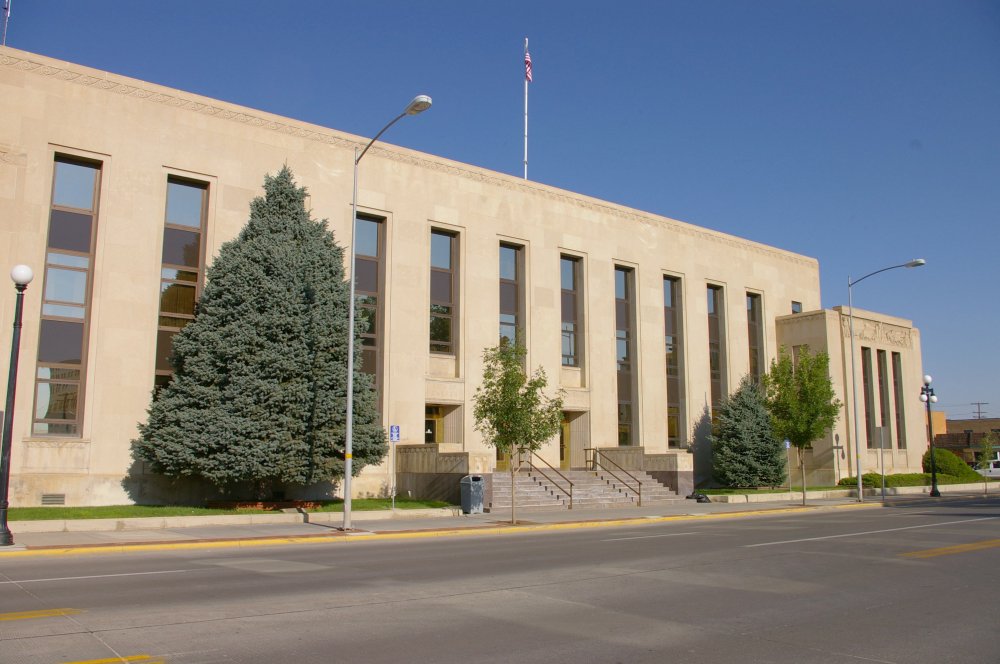 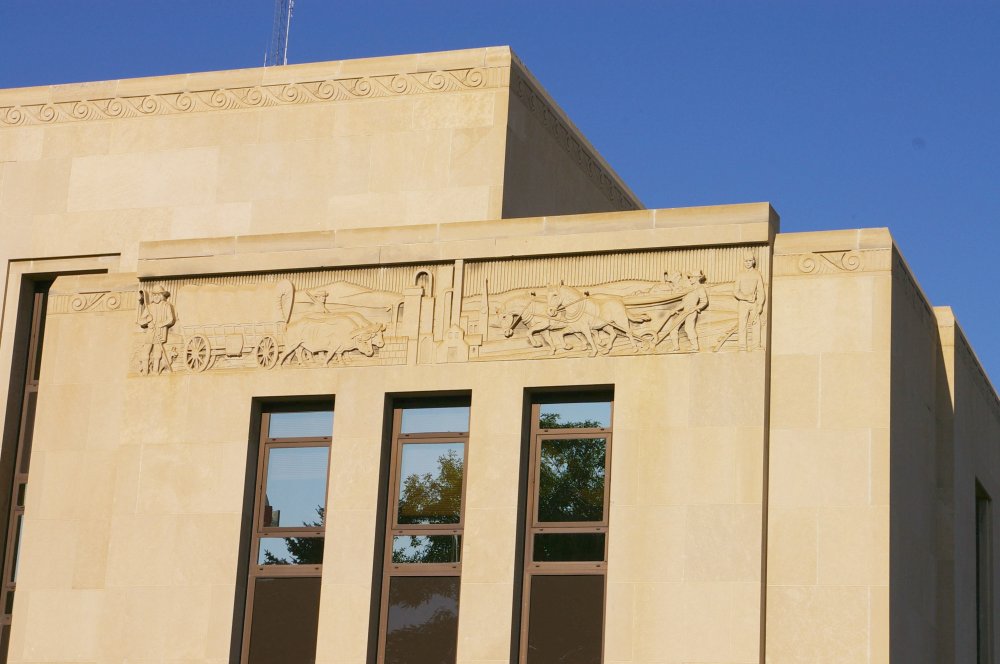 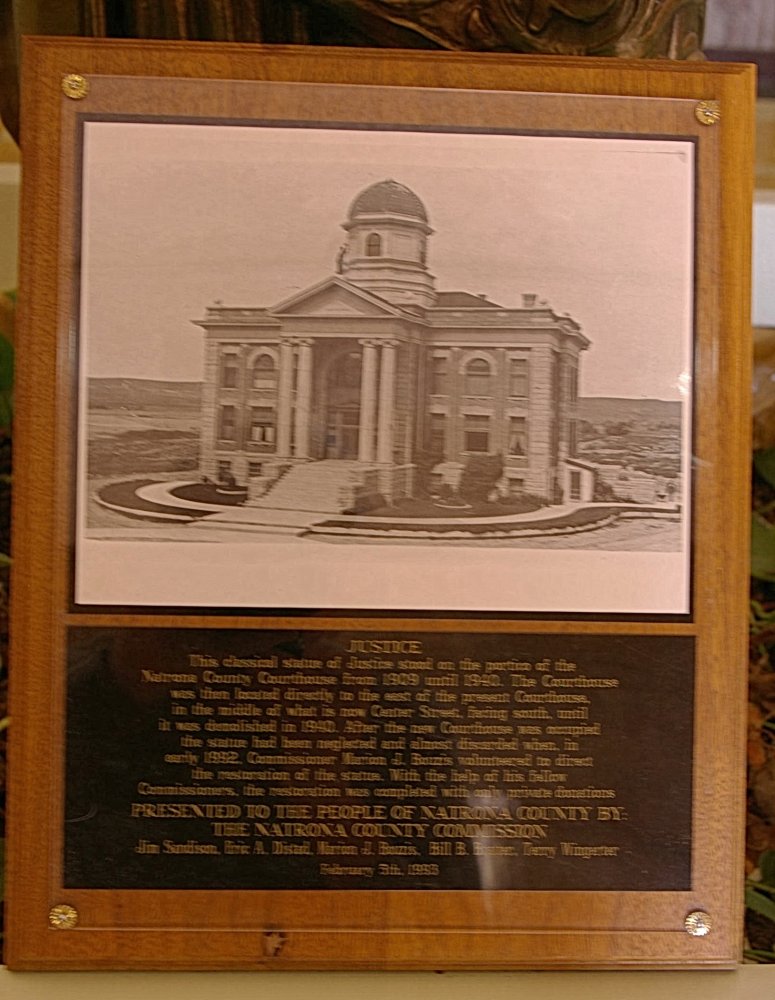 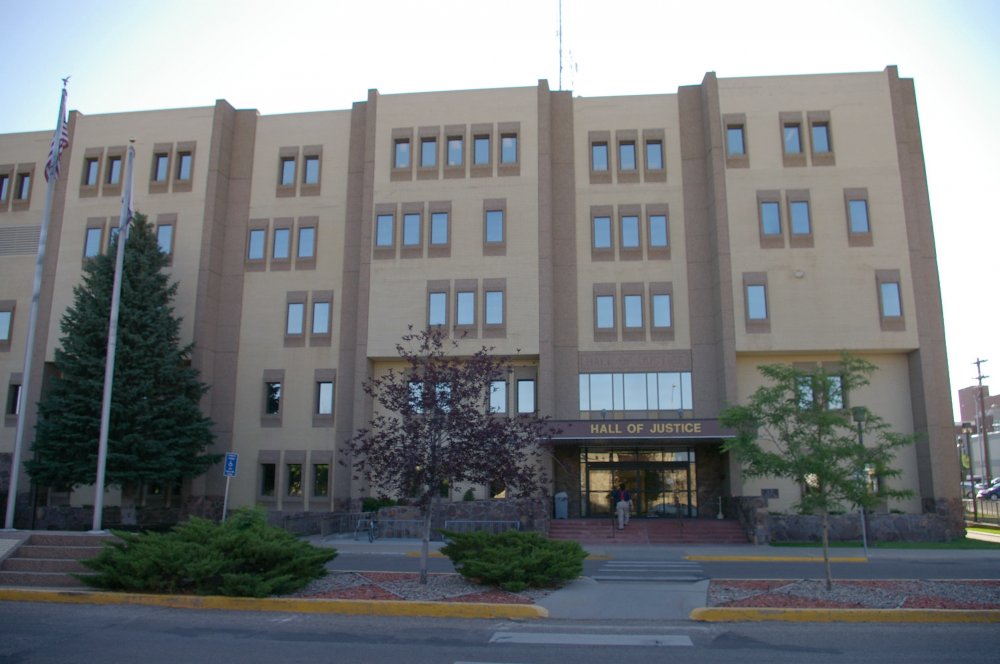