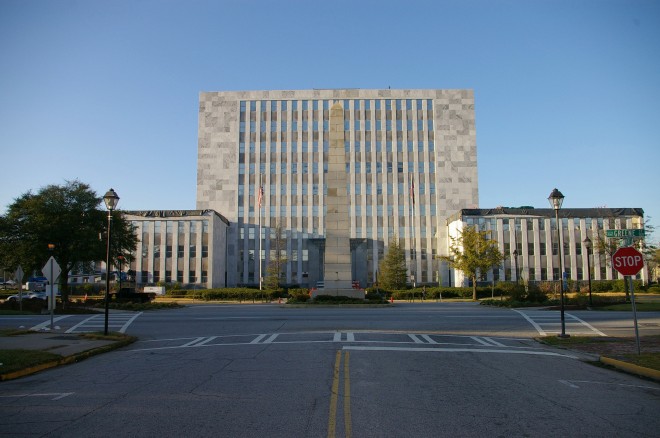 Richmond County is named for the third Duke of Richmond, who was the British Secretary of State and sympathetic to the cause of the American colonies.

Description:  The building faces north and is a nine story stone, glass and concrete structure.  The building is located on landscaped grounds in the center of Augusta and  has protruding three story wings on the east and west sides. The building is faced with a gray colored polished stone and vertical dividers run between the windows. The roof line is flat. The building houses the City of Augusta offices. An addition is being constructed in 2014 on the south side. The architect was Virgo Gambill Architects and the contractor was Turner Corporation and Heery International Inc. Description:  The building faces east and is a four story red colored brick, glass and concrete structure. The building is located on landscaped grounds to the south of the center of Augusta. The building has a extended south wing with projecting glass windows on the second and third stories, In the center of the east front is a large portico with four columns rising two stories to a header and with three vertical glass sections. On the north side is a large circular section with vertical windows. On the center of the roof is a large square tower with vertical openings at the top. The roof line is flat.  The building is named as the John H Ruffin Courthouse. The construction manager was Heery International Inc. Description:  The building faces north and two story brick and wood structure. The building is located on landscaped grounds in the center of Augusta. The building was later stuccoed, with parapet end chimneys. Wings are recessed from the front facade and project in four-sided sections in the rear. Delicate iron filigree work on the front facade forms a first story portico and supports an iron railing balcony at the second story. Iron work also forms horizontal panels in front of small recessed rectangles of the attic. Across the rear facade, the projecting wings are connected by a colonnade of square Doric columns at each story level. The building served as the courthouse from 1801 to 1821. 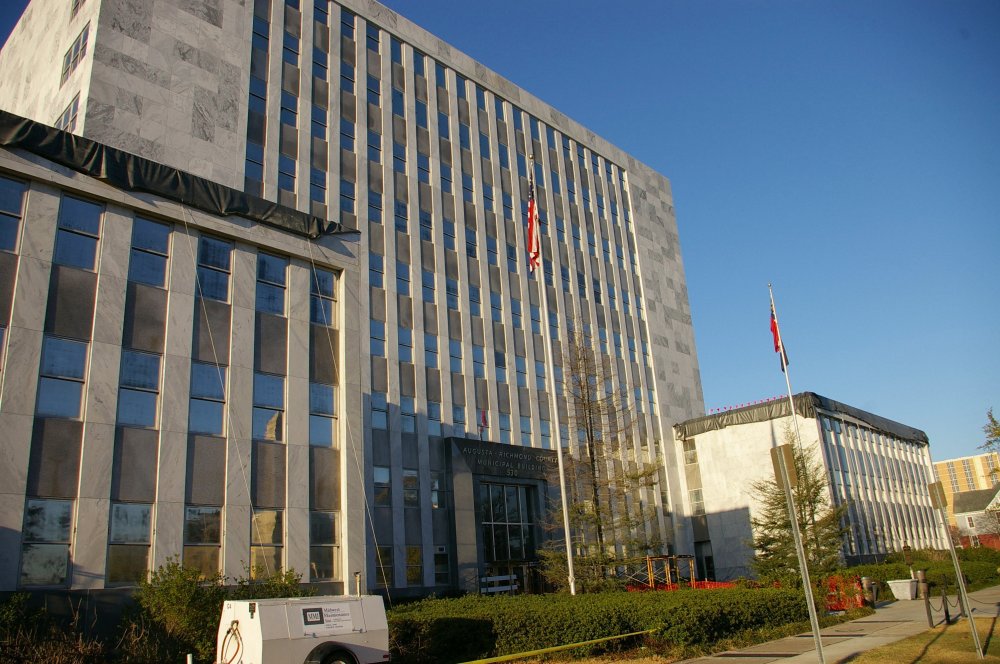 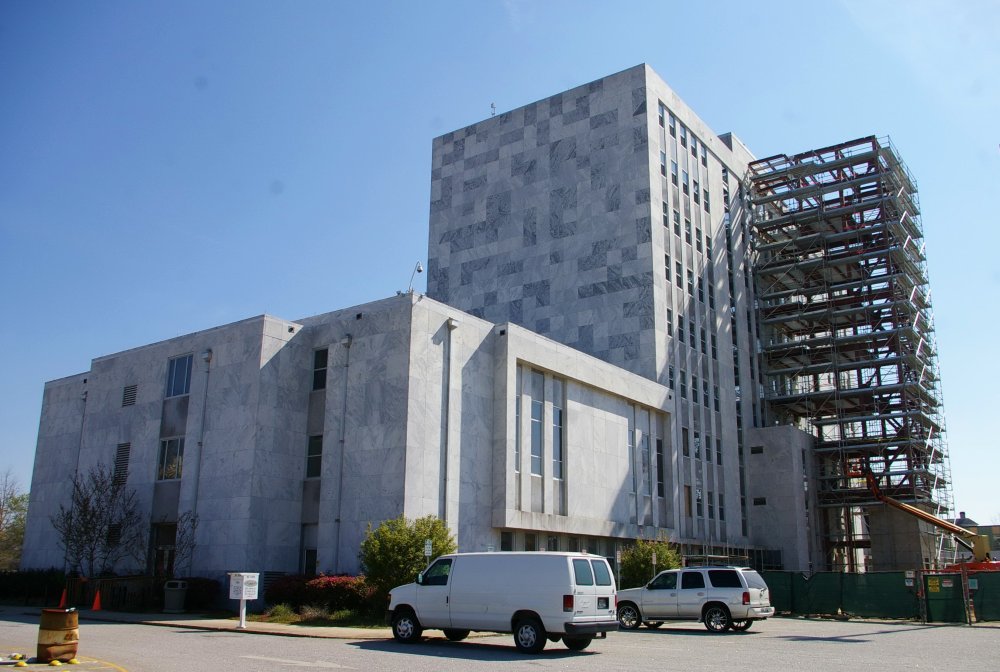 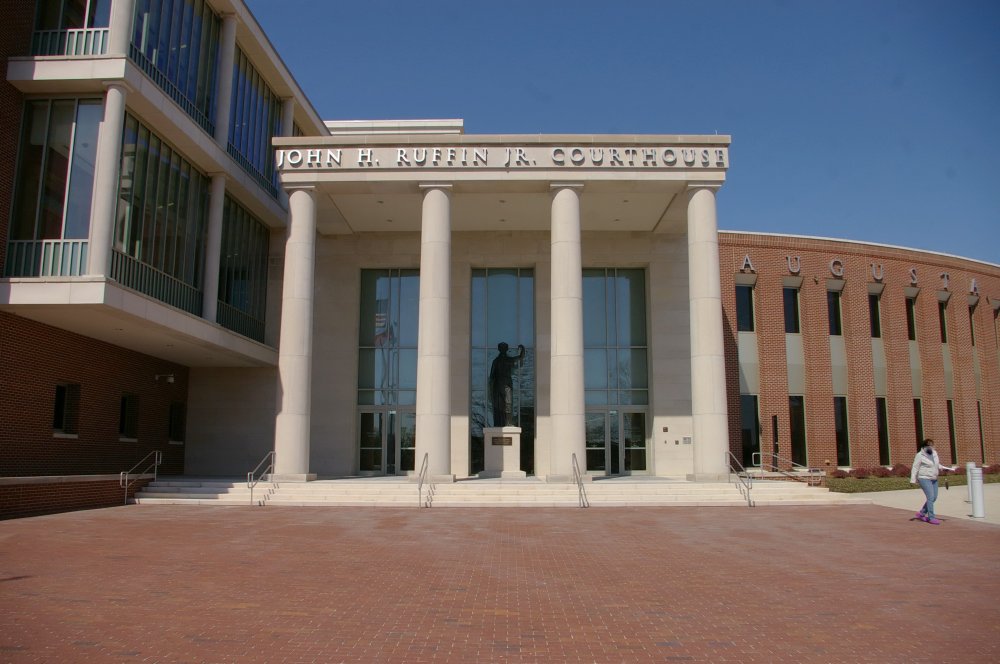