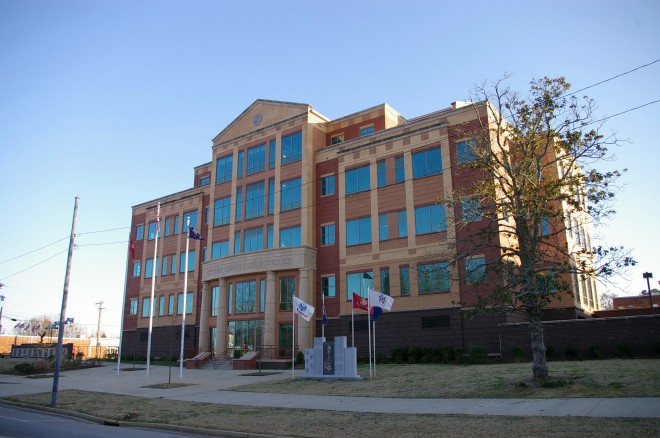 Oconee County is named for the Native American Hitichi Creek word meaning “land of springs” and the name was picked up from the Yuchi Tribe which resided in the region.

Description:  The building faces north and is a five story red colored brick, glass and concrete structure. The building is located on landscaped grounds in the center of Wahalla. The building has a rounded central section on the first and second stories having a glassed entrance. The central section rises to a peak with vertical concrete bands between the window sections. On the east and west are similar protruding sections with vertical dividers. Dark red colored  brick faces the base of the building. 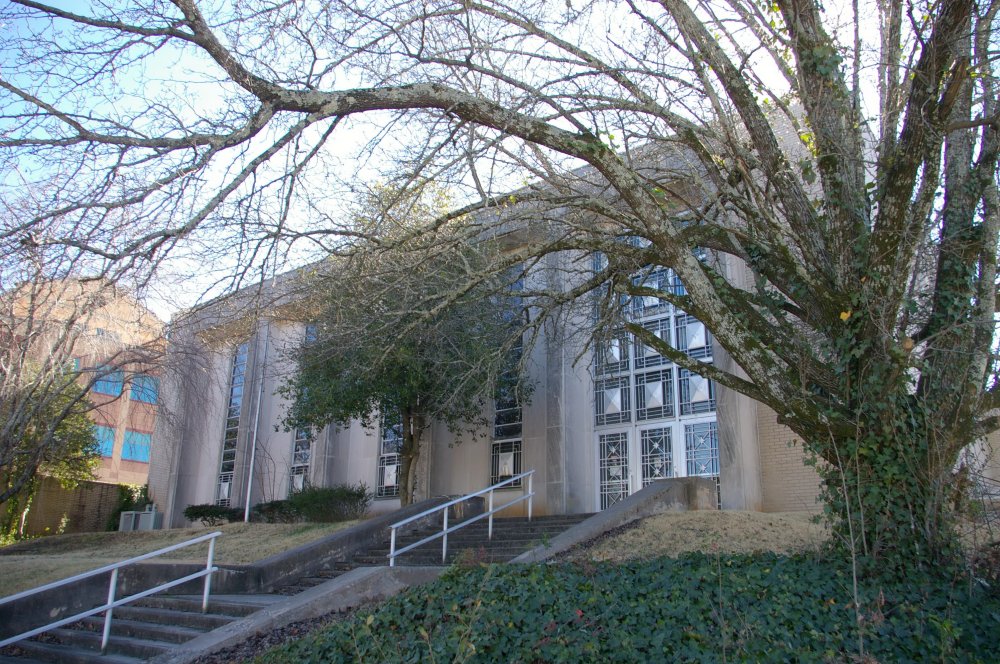 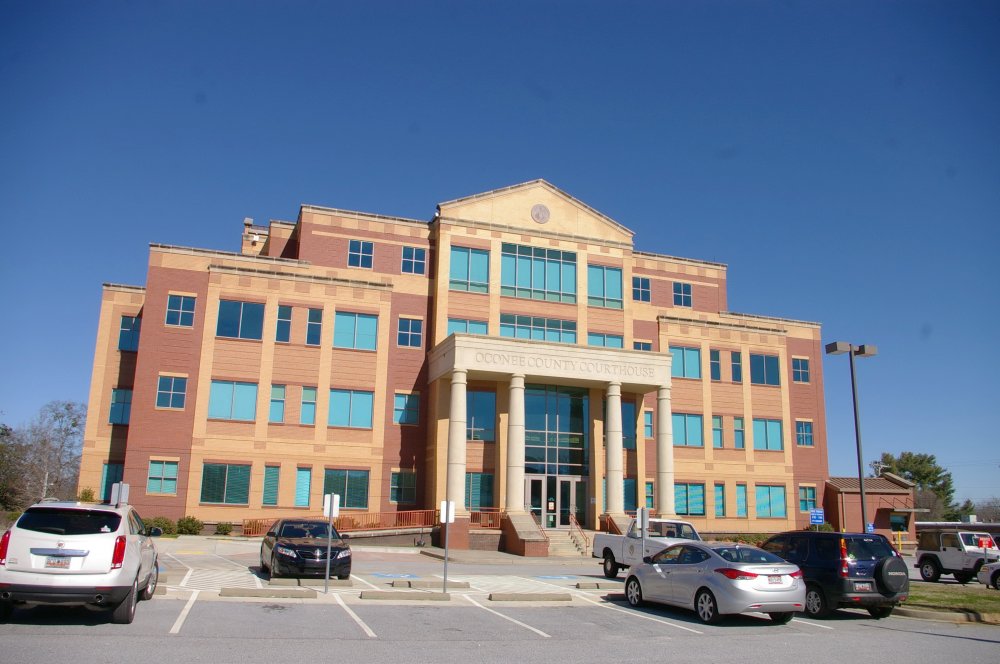 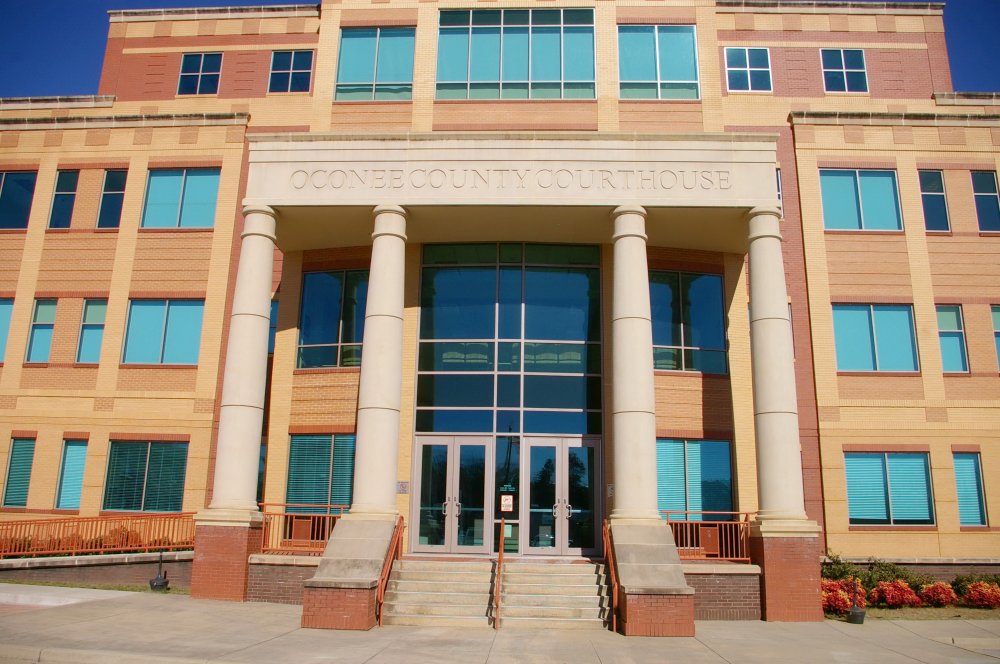 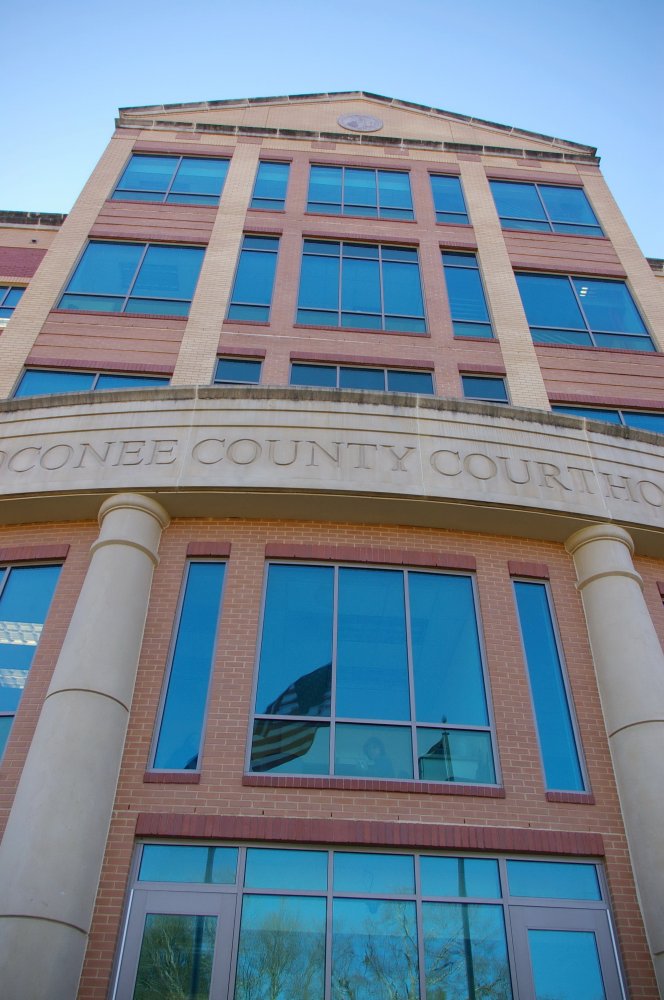 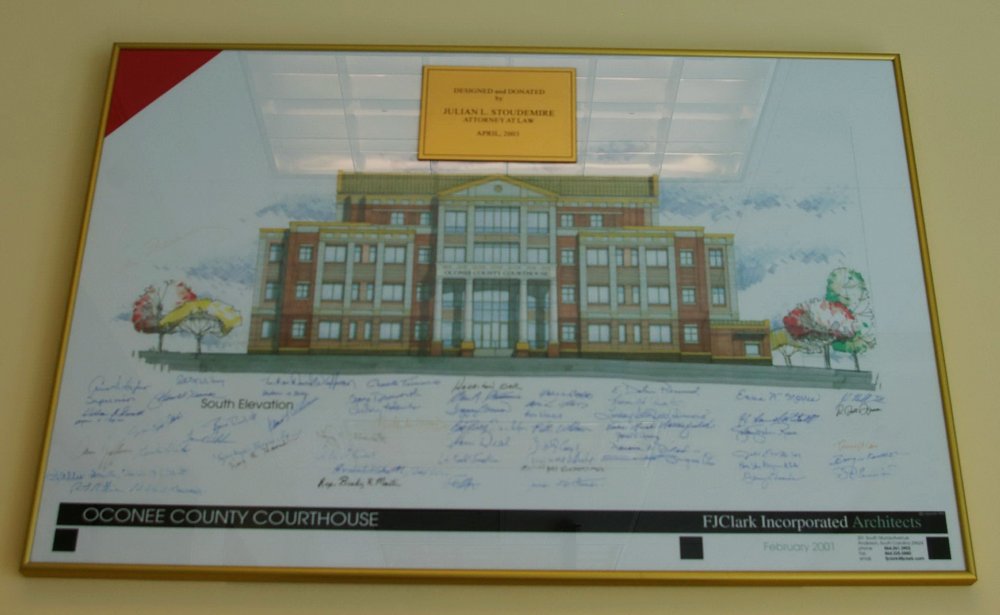 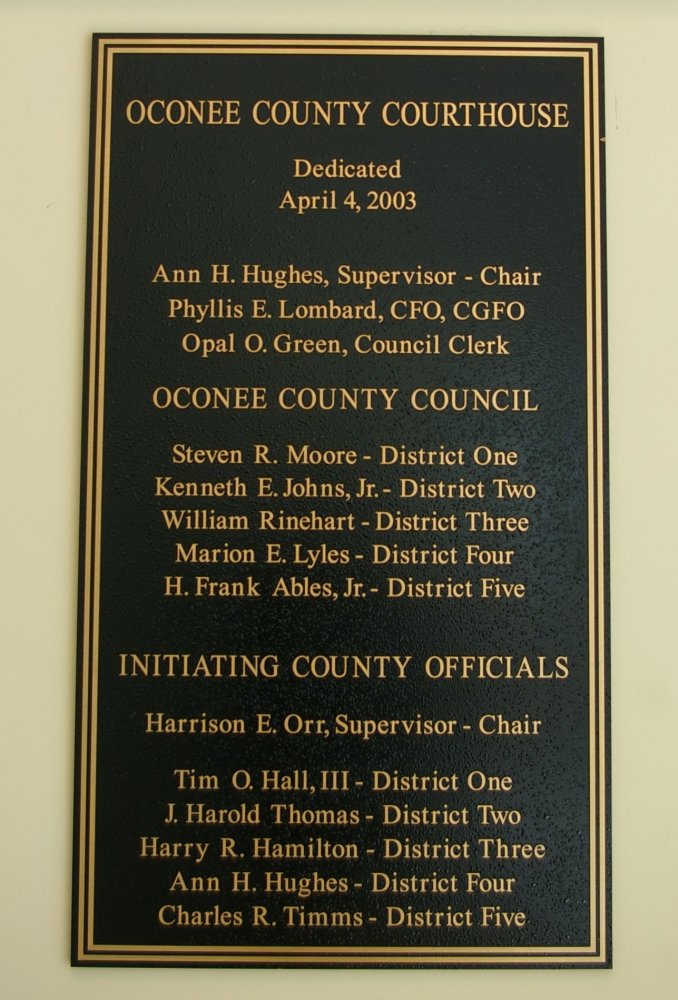 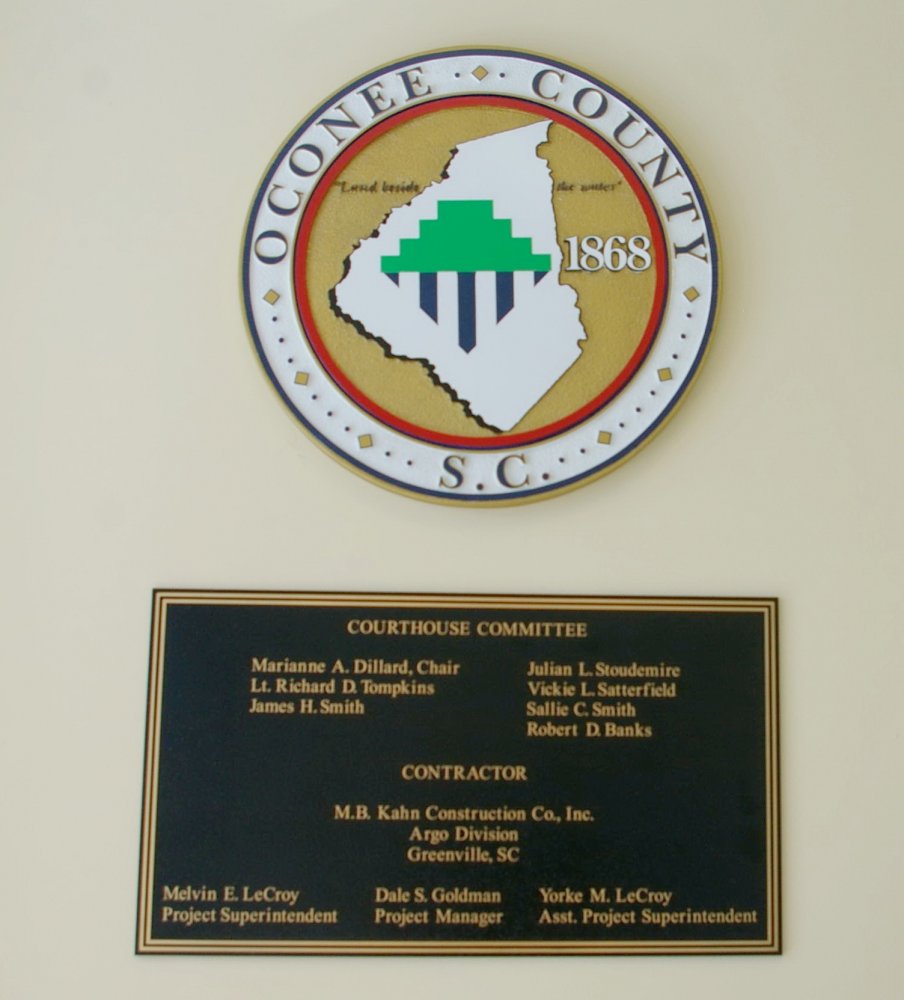 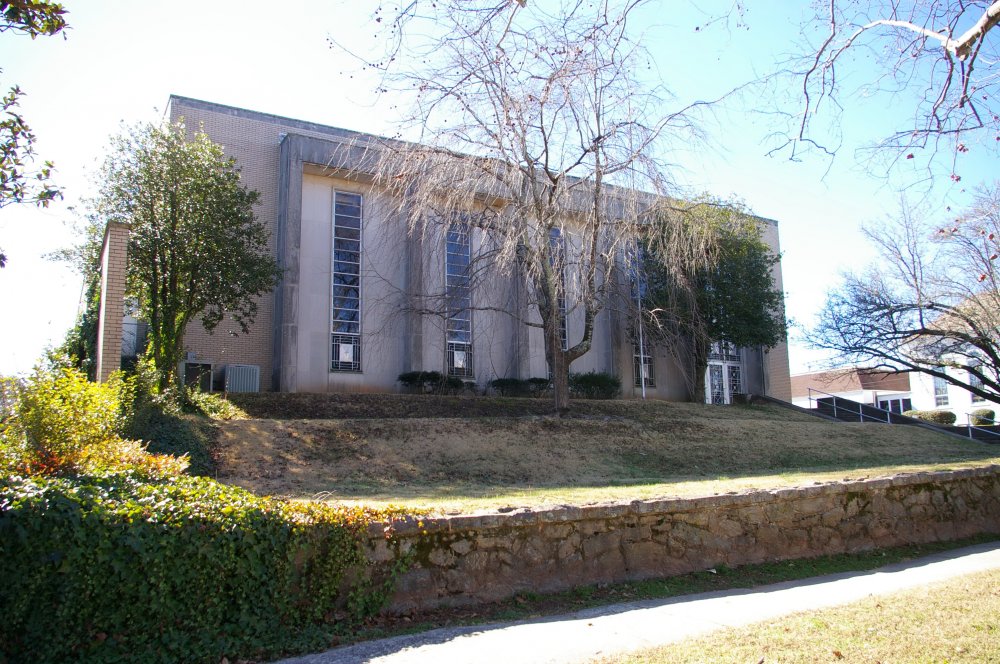 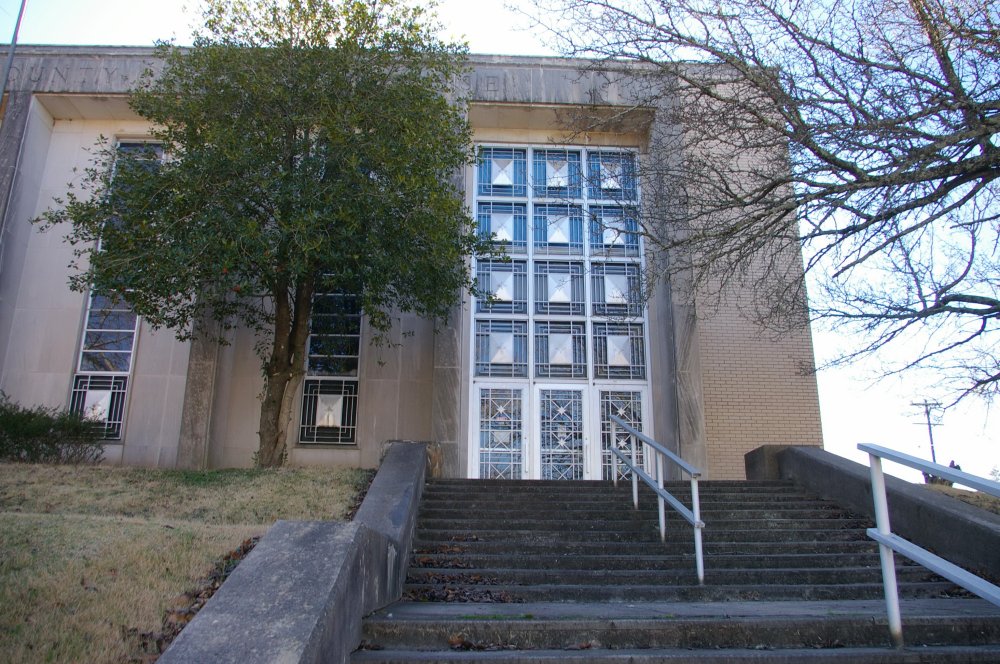 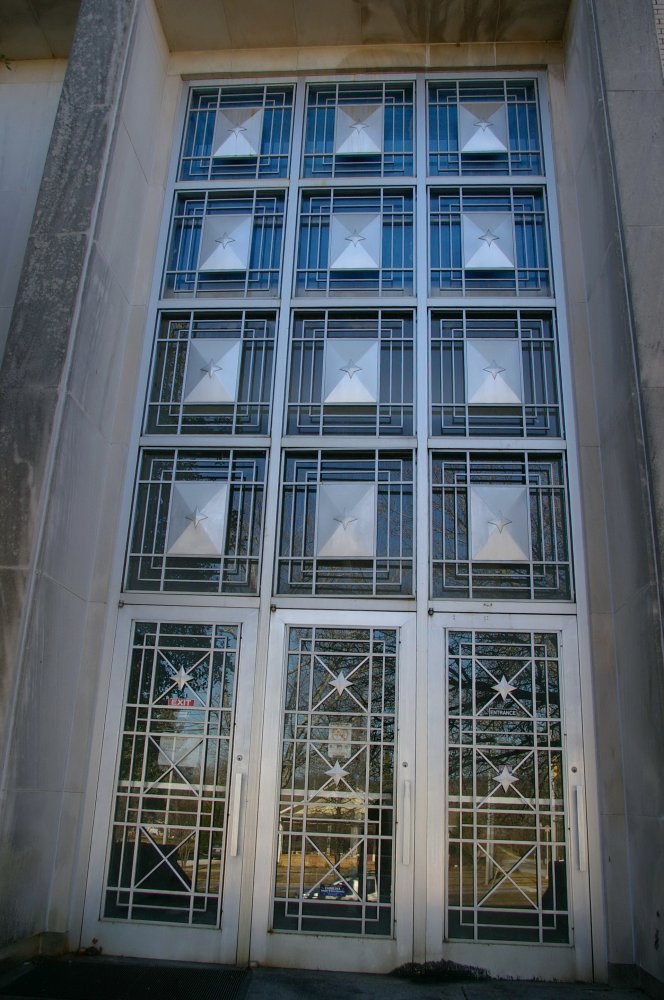