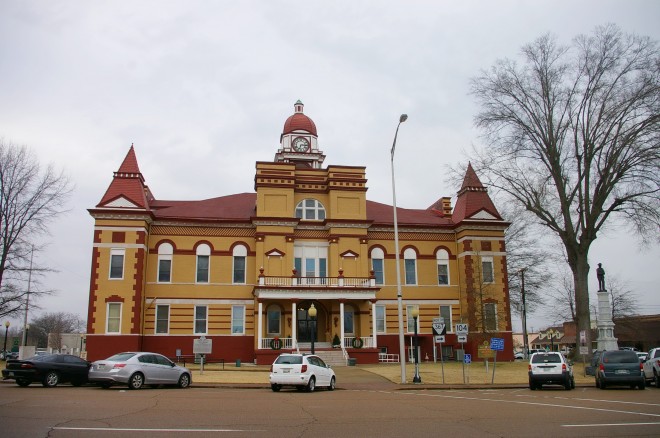 Gibson County is named for John H Gibson, who was a soldier of the Natchez Expedition and the Creek War.

Description:  The building faces south and is a two story buff and red colored brick structure. The rectangular shaped building is located on the landscaped grounds of Court Square in the center of Trenton. The south front has a porch on the first story with balcony on the second story with decorated balustrade and rising to a third story section above the roof line. Each corner of the building has a square tower with steep red colored roof. Granite gray colored stone is used for the belt course. On the center of the sloped roof is a cupola with red colored dome and clock. In the interior, the center hall plan is designed with three identical entrances. There are wide hallways, metal stairs and red, white and yellow colored tiles. The first story courtroom and the former courtroom on the second story have been converted into offices. 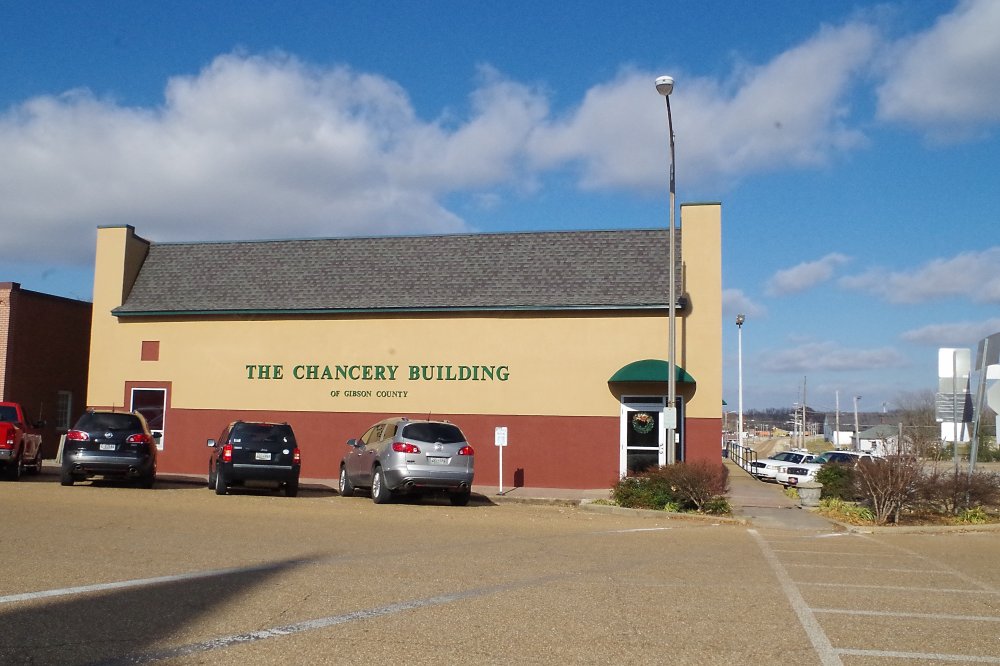 Description:  The building faces north and is a one story yellow and red colored brick and concrete structure. The rectangular shaped building is located in the center of Trenton on the north side of the courthouse. The building houses the County Chancery Court of the 28th Judicial District. 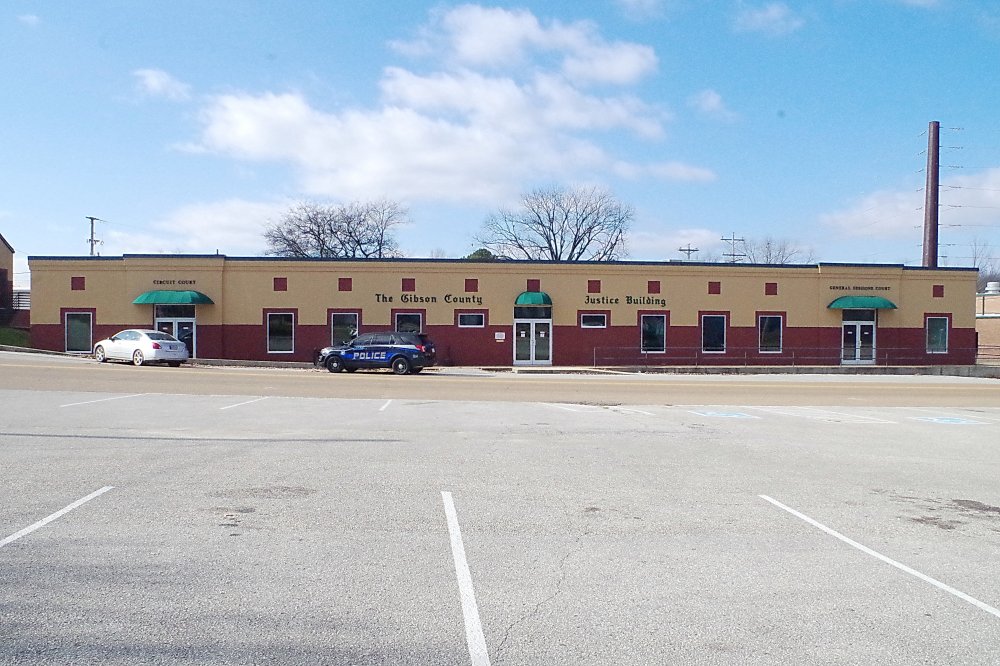 Description:  The building faces east and is one story yellow and red colored brick and concrete structure.  The long rectangular shaped building is located in the center of Trenton on the north side of the courthouse and the Chancery Court Building. Along the east front are three entrances with green colored canopies. The roof lone is flat. At the south end is the Circuit Court and at the north end the General Sessions Court. The building houses the County Circuit Court and County General Sessions Court of the 28th Judicial District. 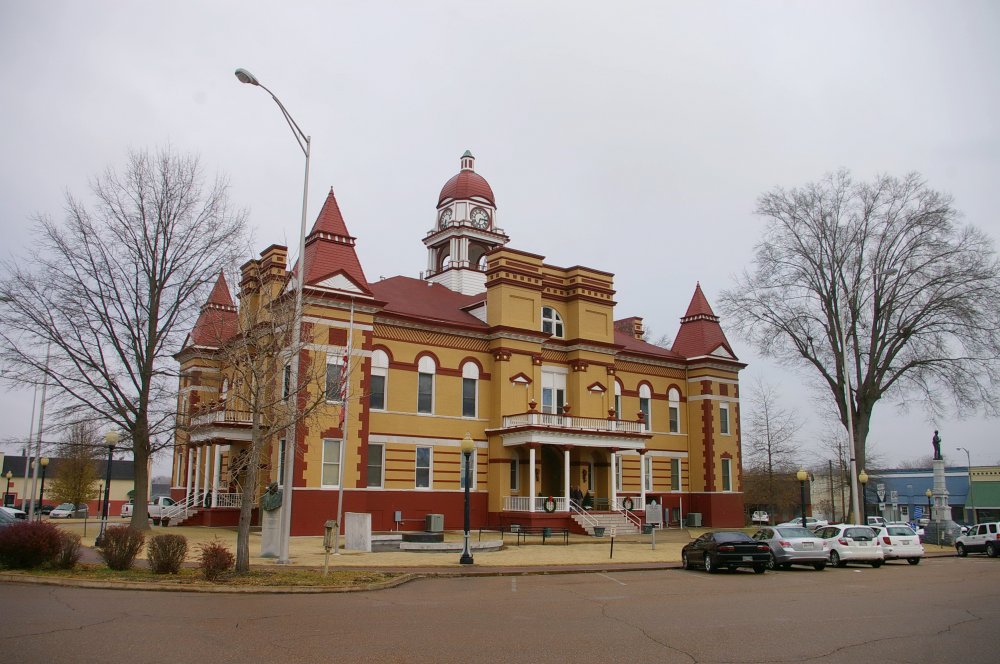 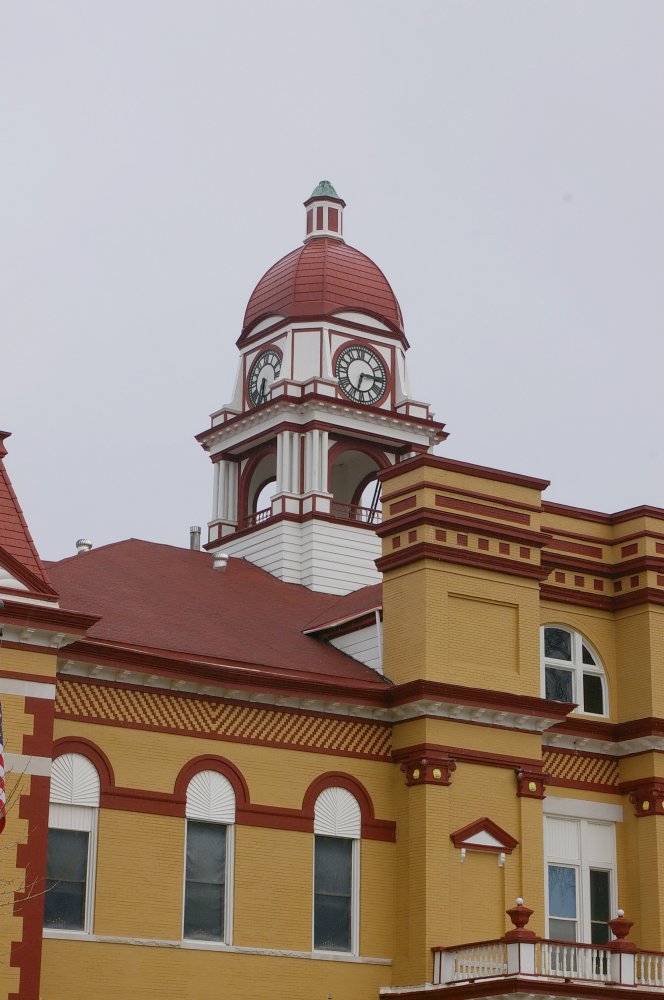 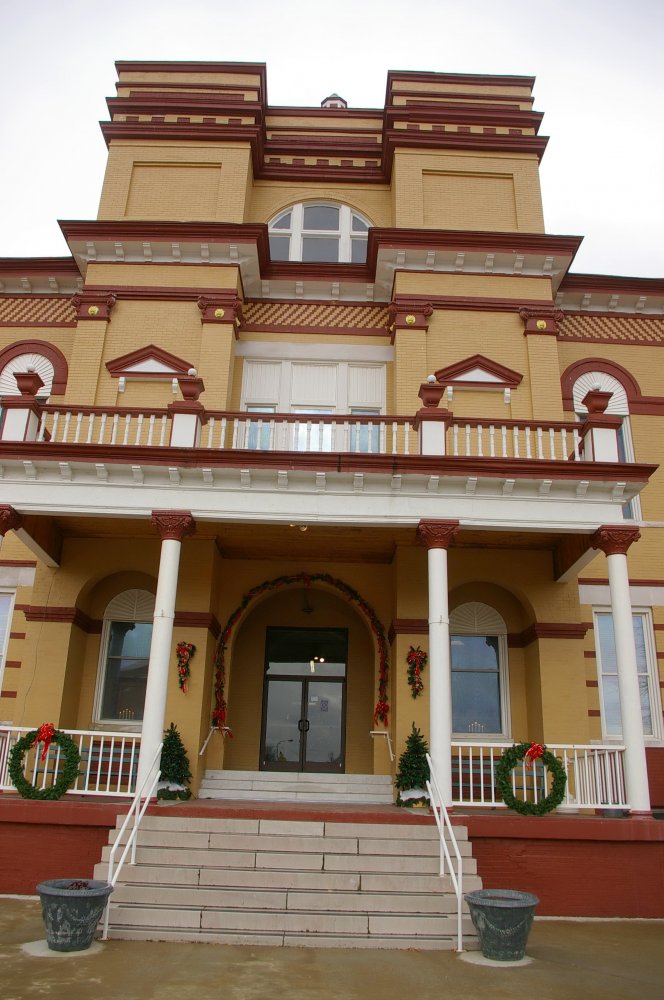 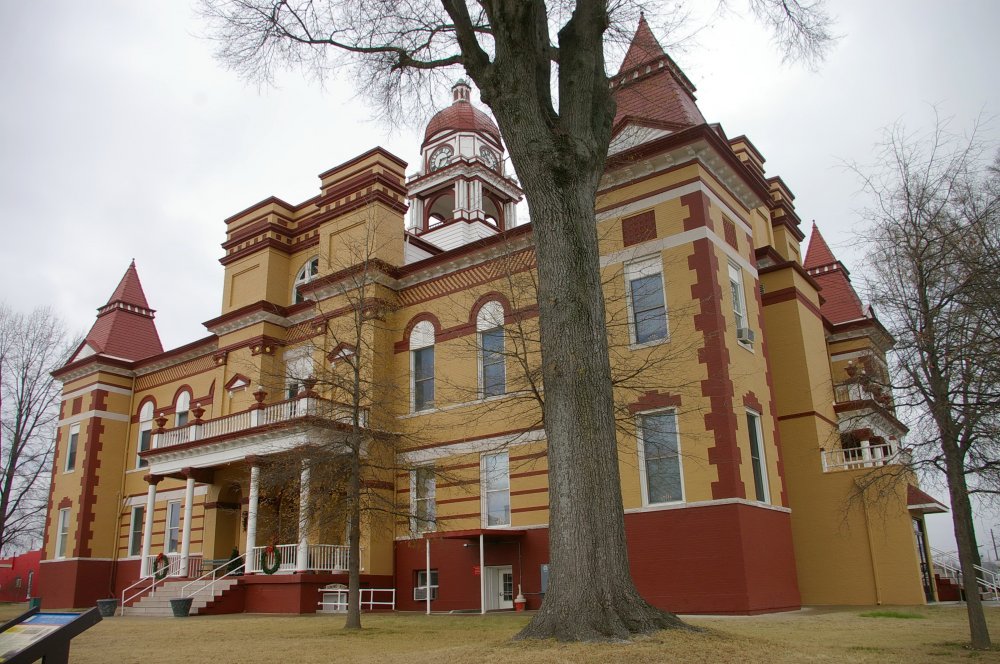 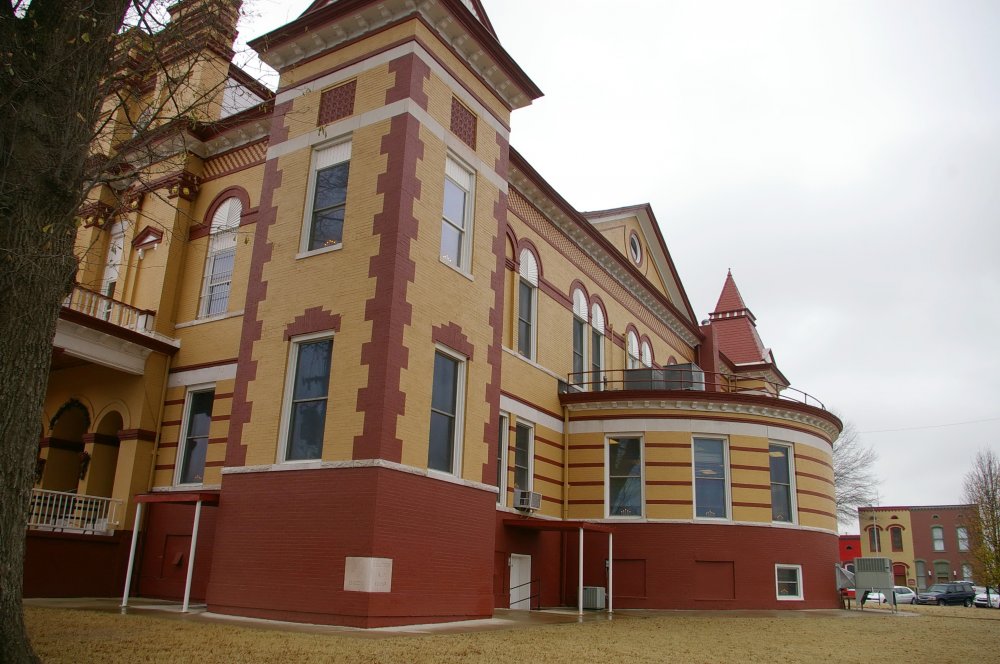 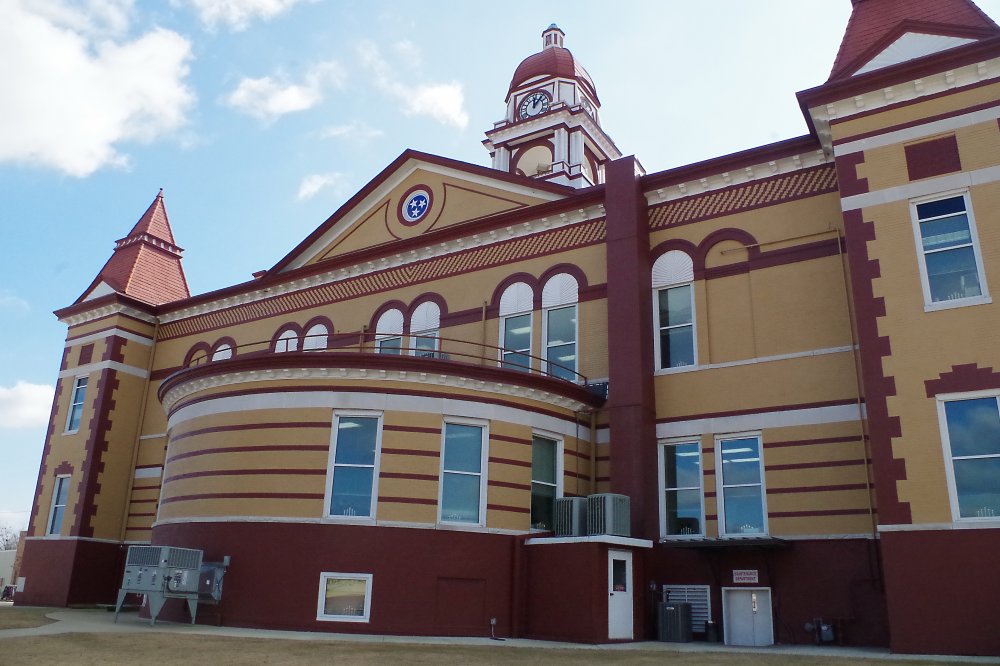 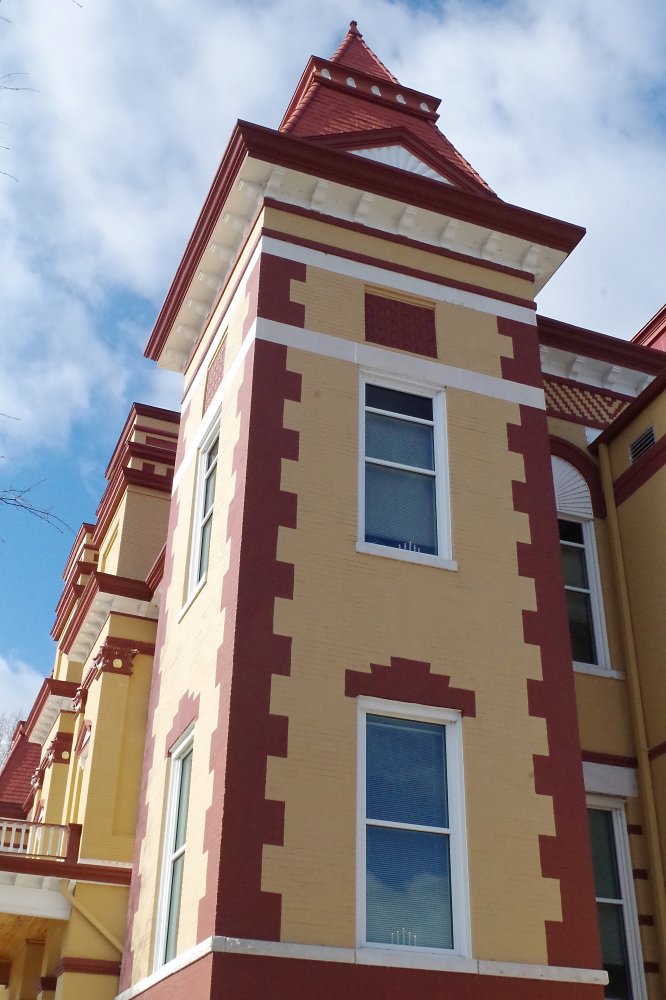 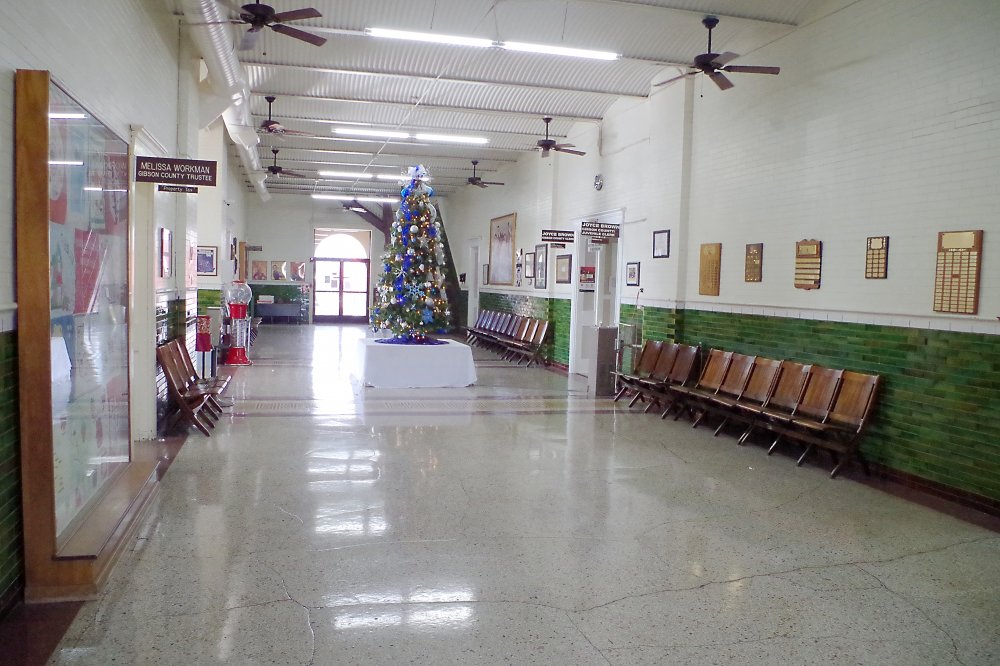 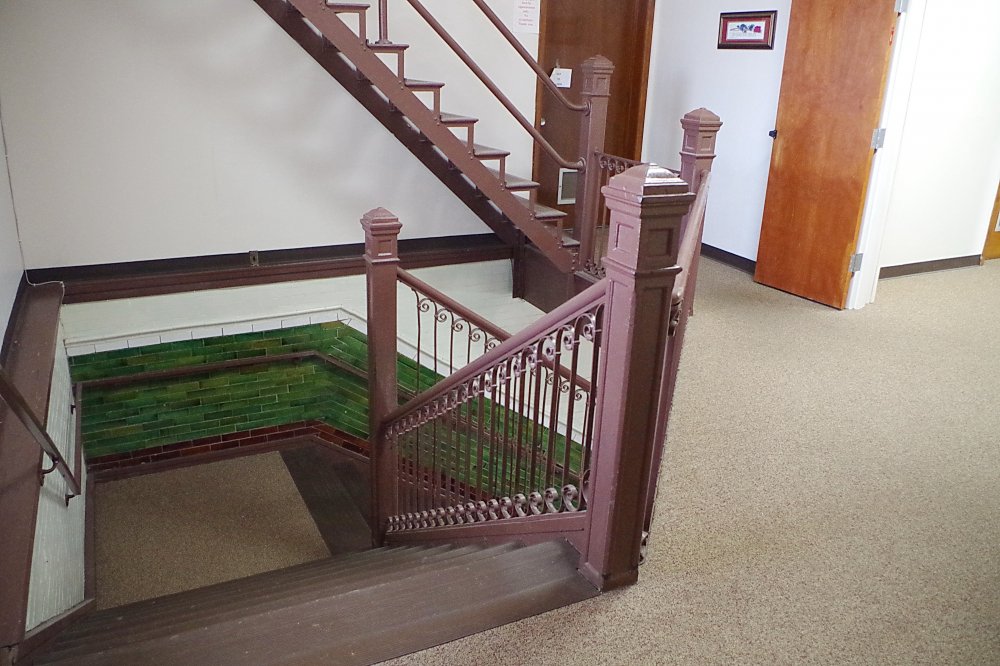 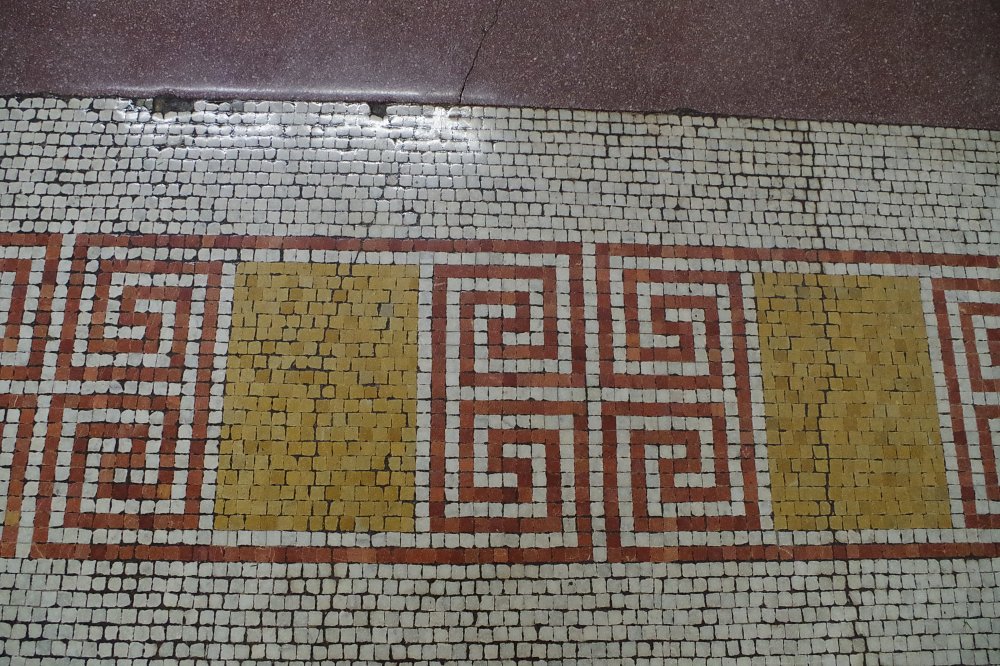