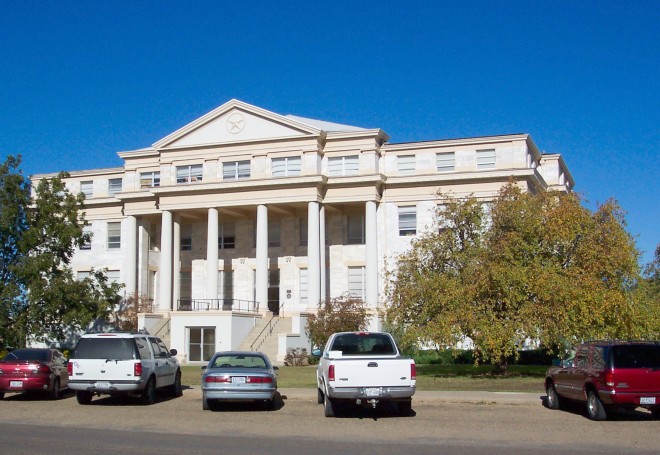 Deaf Smith County is named for Erastus “Deaf” Smith, who was a scout during the Texas Revolution. 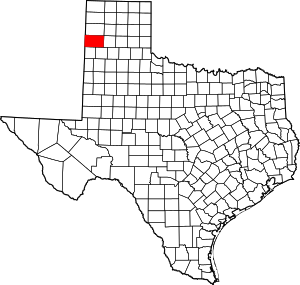 Description:  The building faces south and is a three story white colored stone and concrete structure. The building is located on landscaped grounds in the center of Hereford. The building is faced with white colored marble. The south front has a large portico supported by eight large columns rising to the third story which has windows and a pediment above containing a large star in a circle. The steps are divided with an east and west set up to the portico. A protruding horizontal cornice runs between the second and third stories. In the interior, the walls and floors are white colored marble and the stairs have black colored iron railings. The courtroom is located on the south side of the second story. The building houses the State District Court, Constitutional County Court and County Justice Court.  The building was renovated in 1959 to 1960. The architect was John Preston Work and the contractor was Timmons Construction Company. A one story addition was constructed on the north side in 1986. 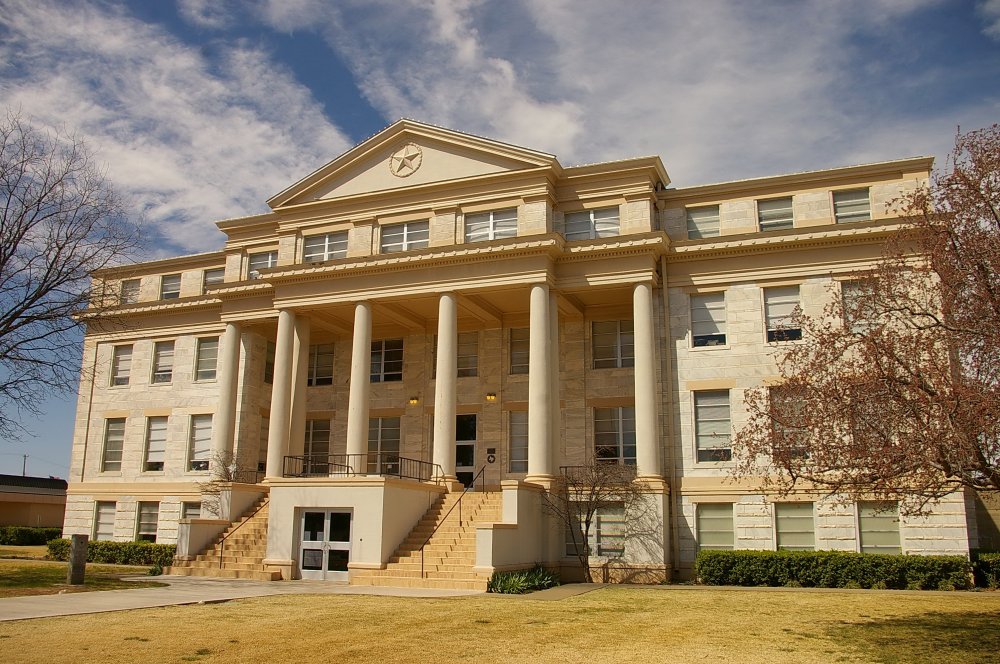 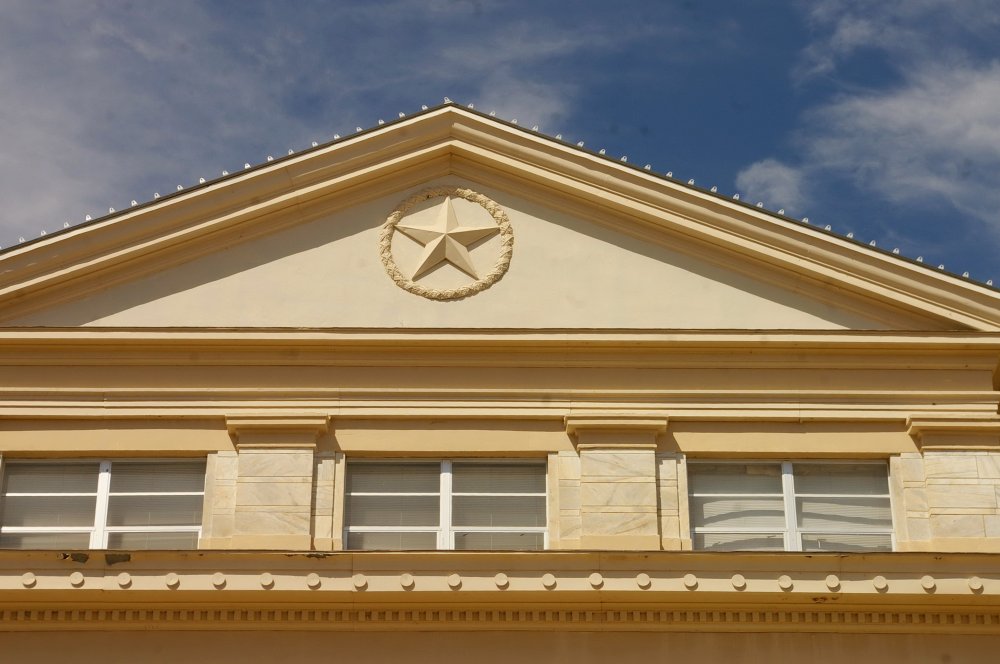 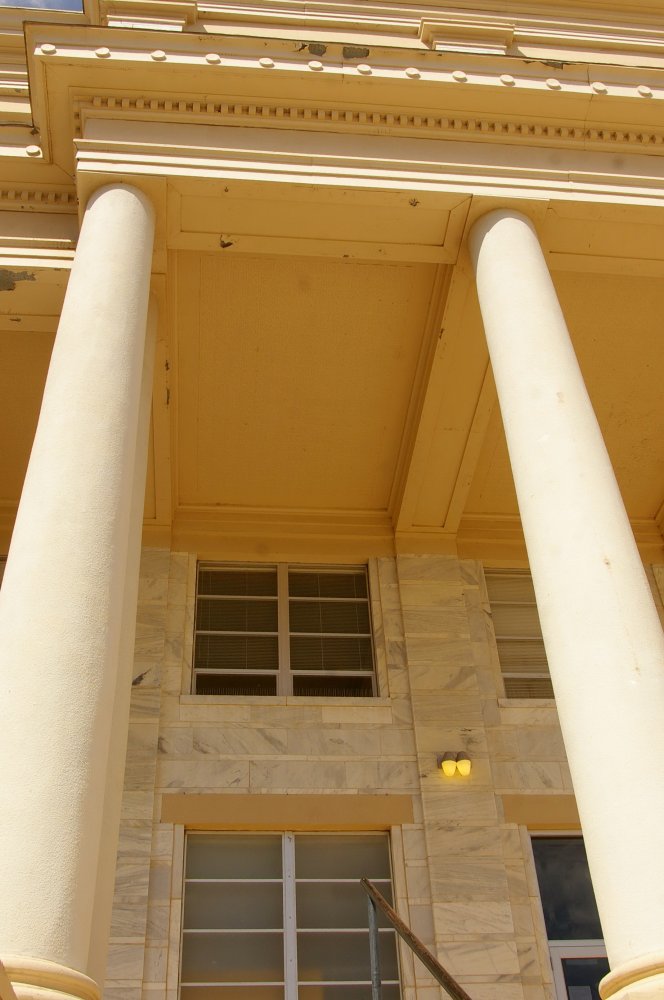 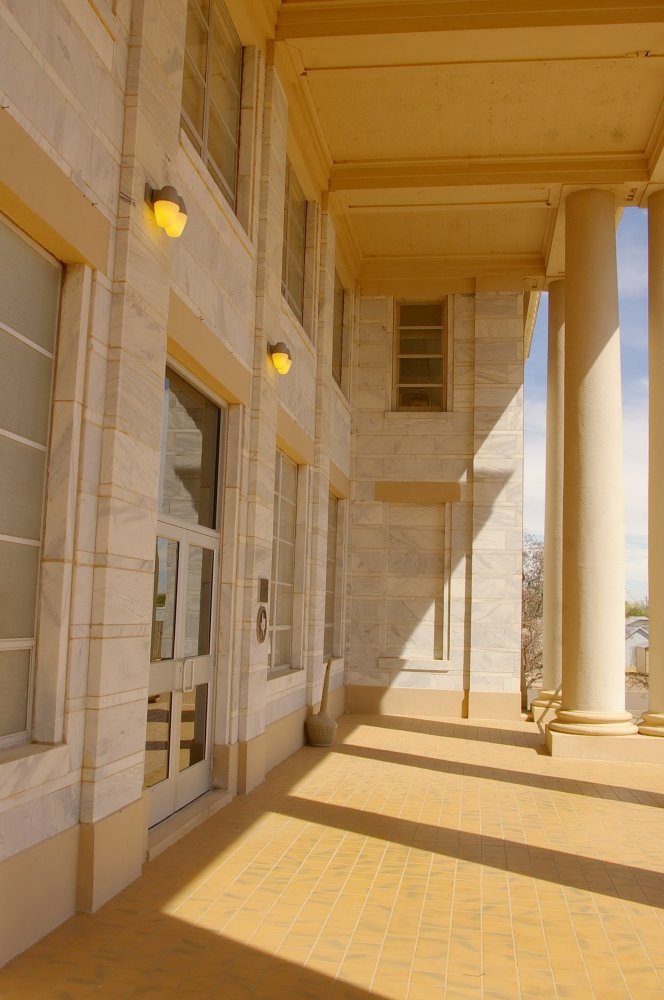 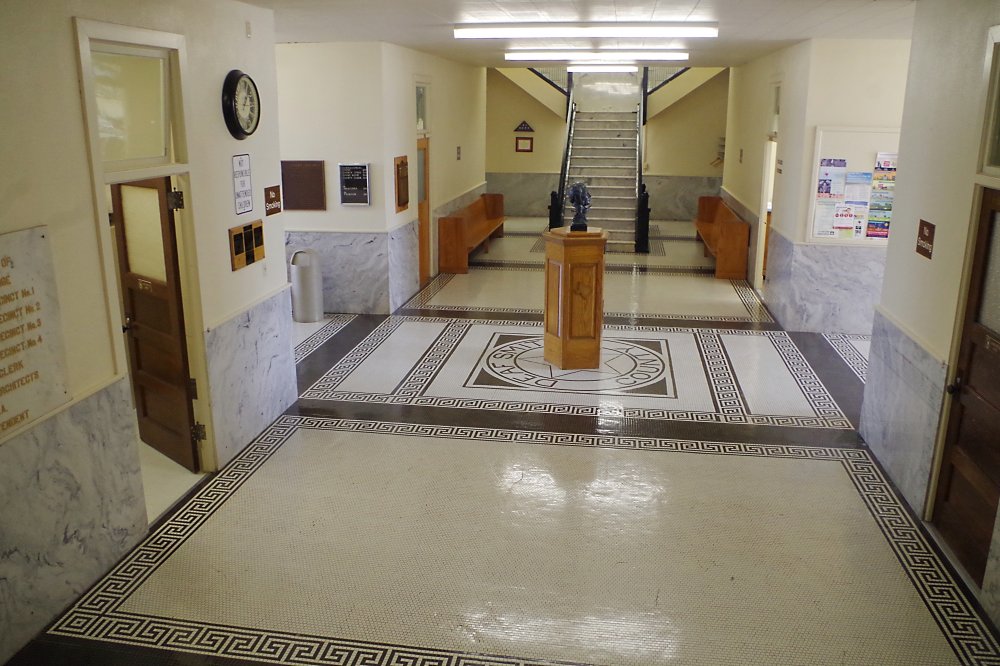 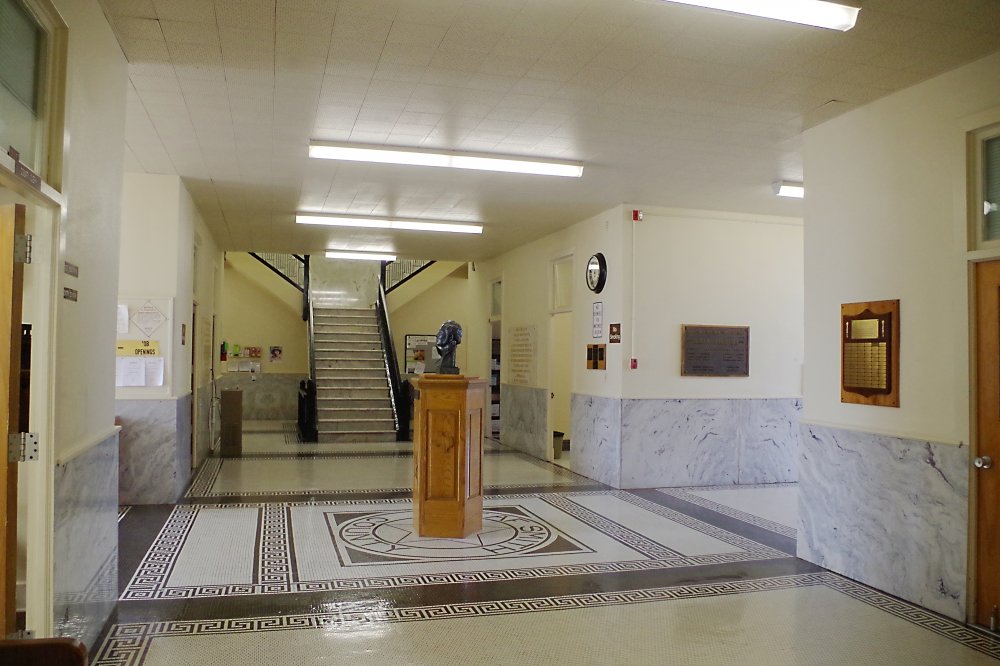 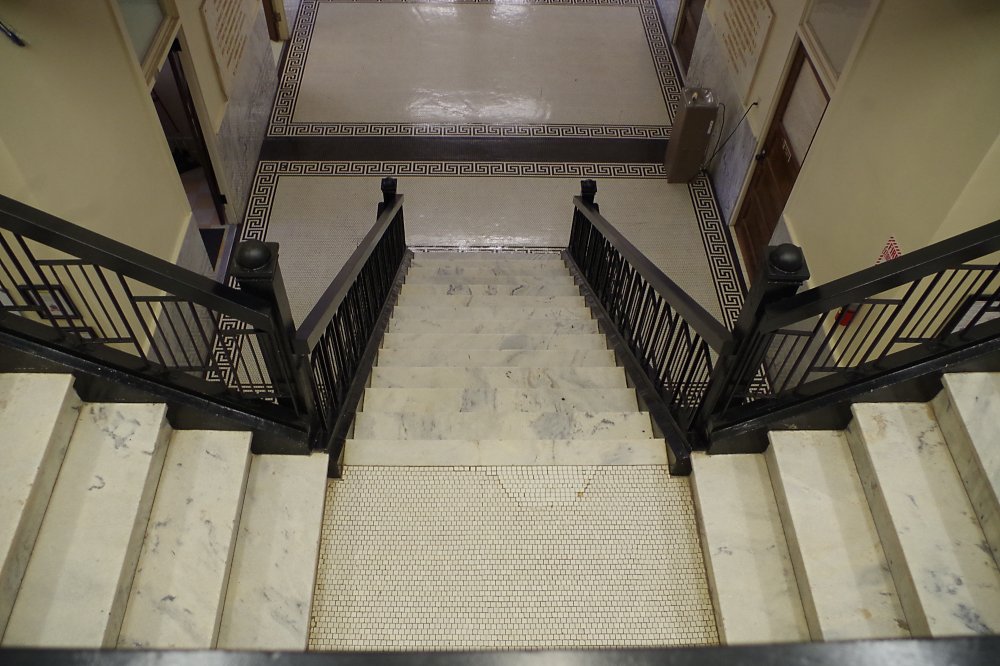 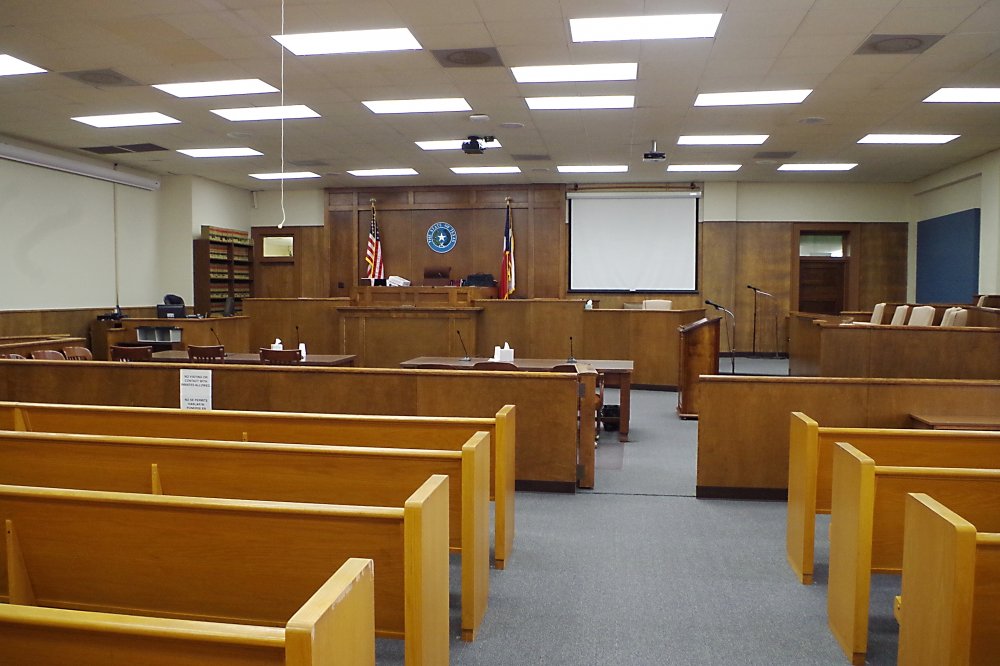 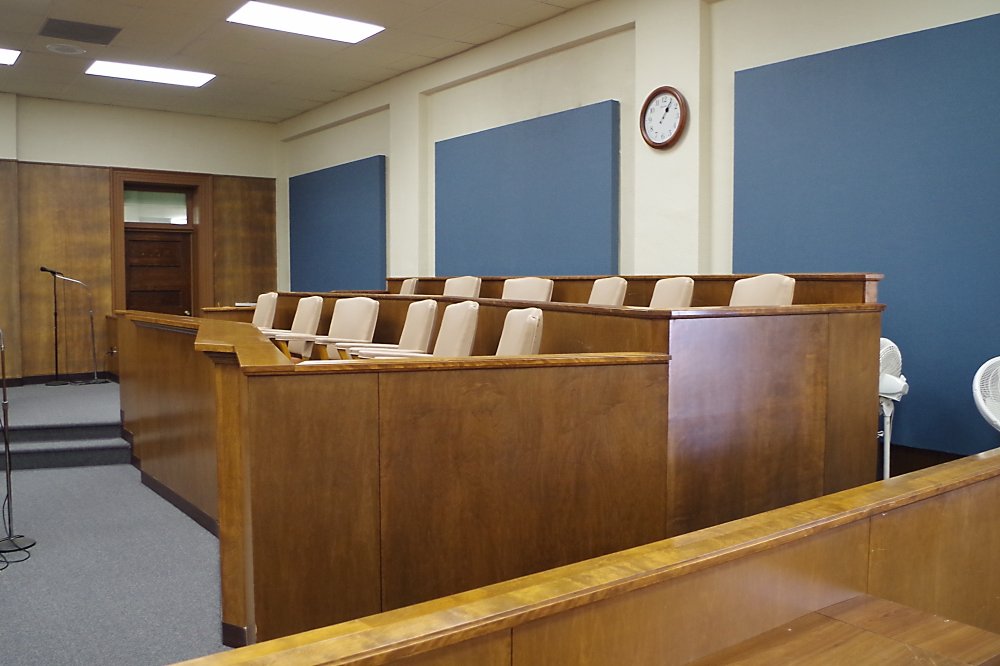 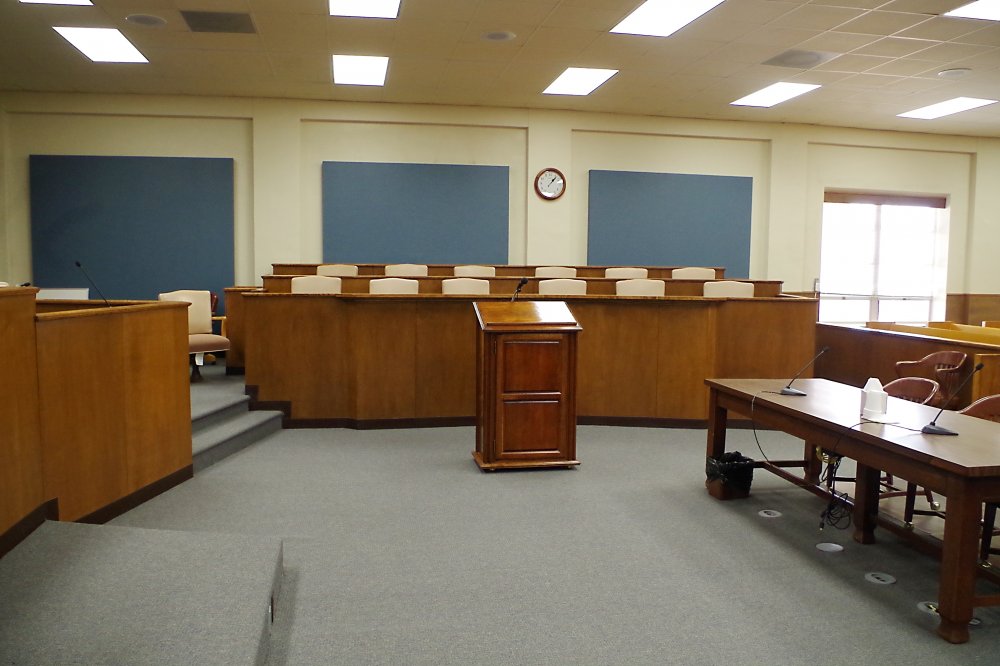