Stephens County is named for Alexander Stephens, who was a United States Representative, the Vice President of the Confederate States of America and the fifty-third governor of Georgia.

Description:  The building faces south and is a two story red colored brick, stone and concrete structure. The building sits on a rise on landscaped grounds in the center of Toccoa.  The south front has a large portico with four large white colored columns rising to a pediment. The east and west wings extend from the main building. The building was remodeled in 2007 and 2008 and will be used as county offices. The old courtroom on the second story is now the commissioners room. 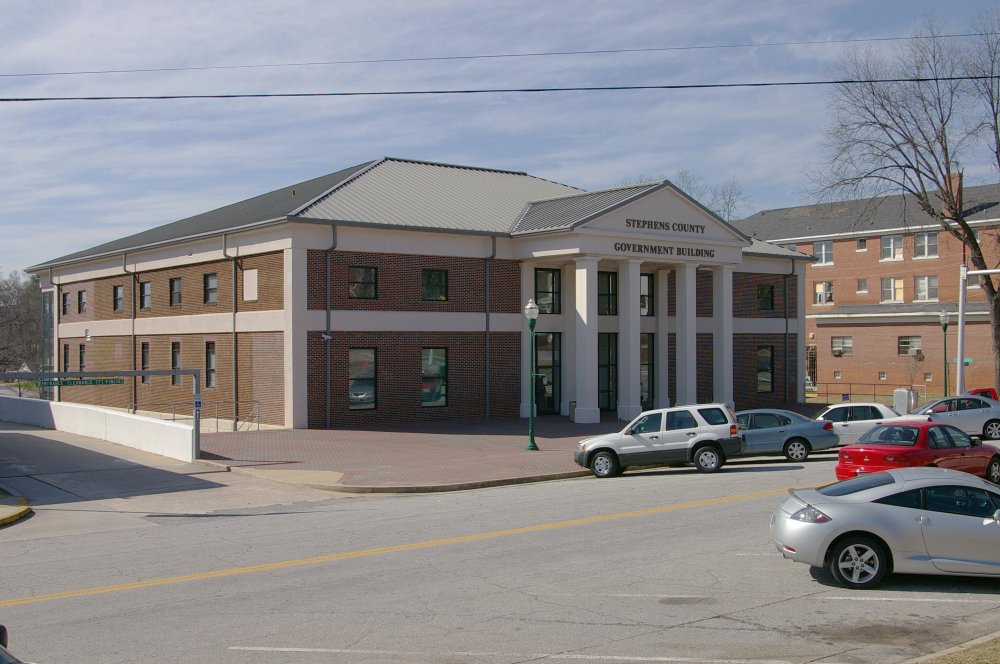 Description:  The building faces east and is a three story brown colored brick and concrete structure. The building is located in the center of Toccoa. The building has a high portico supported by four square white colored pillars rising to a pediment at the roof line. A wide white colored horizontal band runs between the second and third stories. The north entrance is on the second story and the courtroom is located on the west side of the second story. The building is the Stephens County Government Building and was originally constructed as the Burrell Chevy Dealership. The County acquired the building and it was reconstructed in 2000 to 2001. The contractor was  Bowen & Watson, Inc. of Toccoa 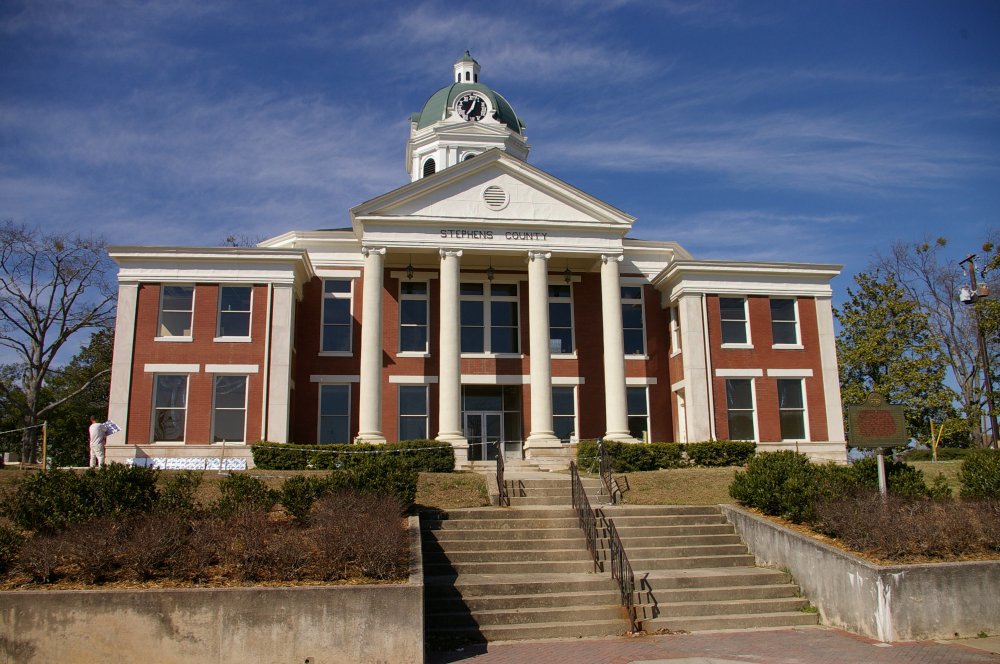 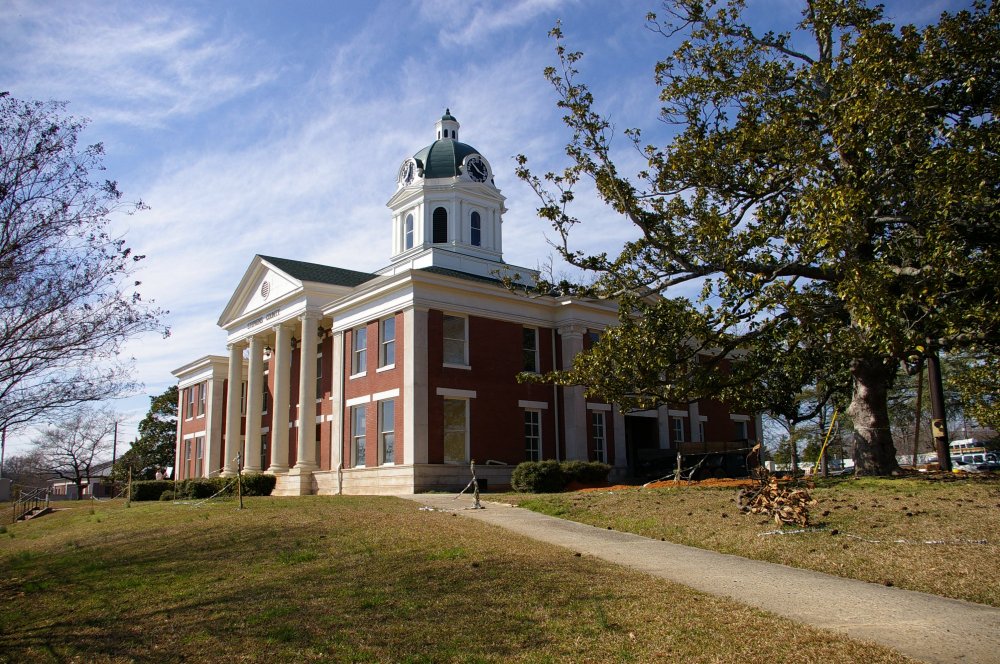 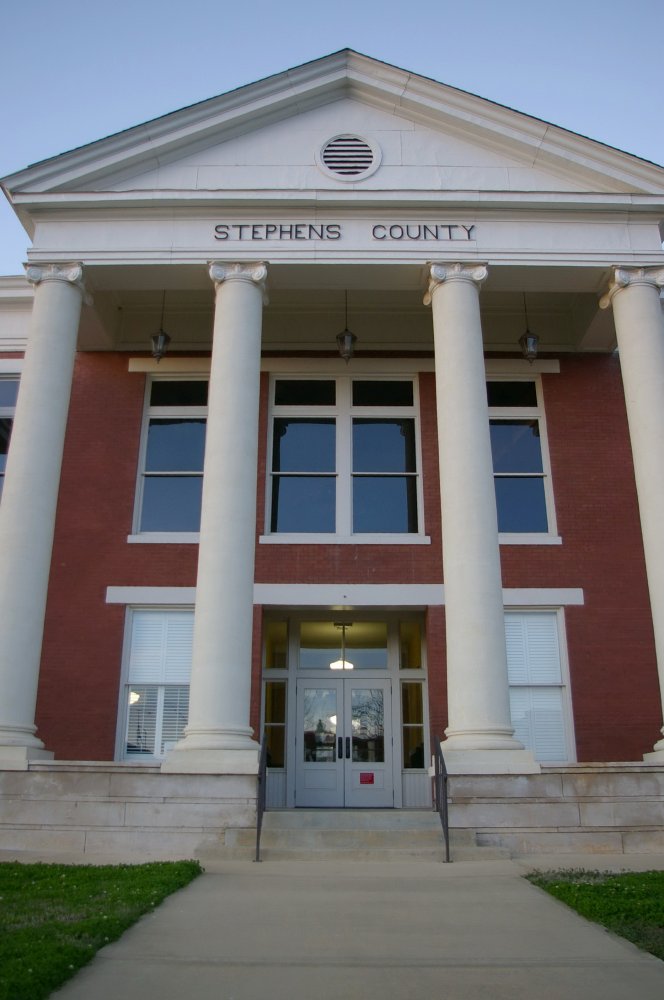 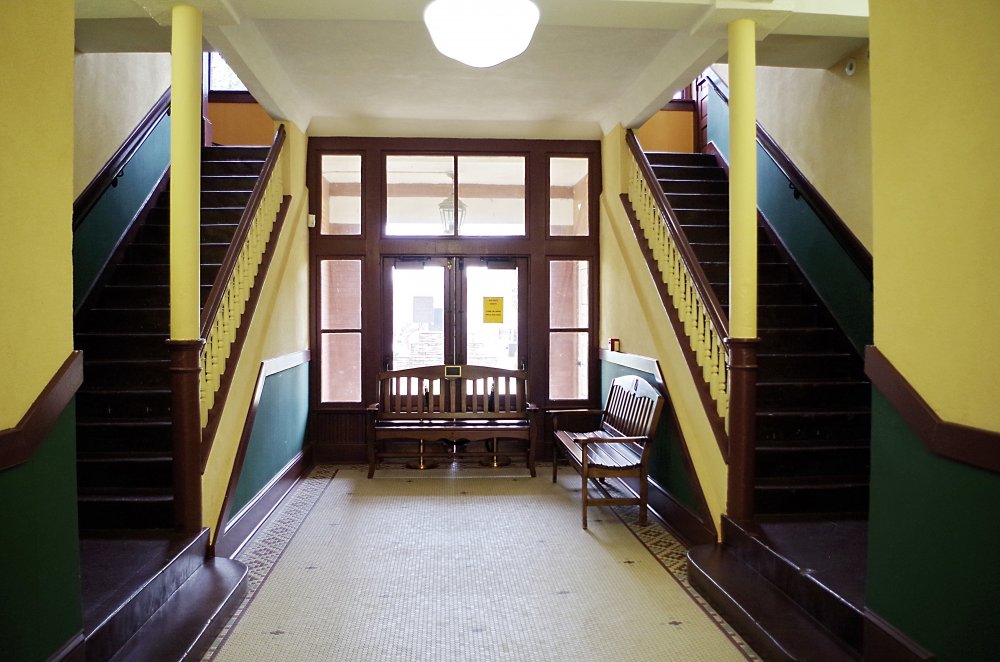 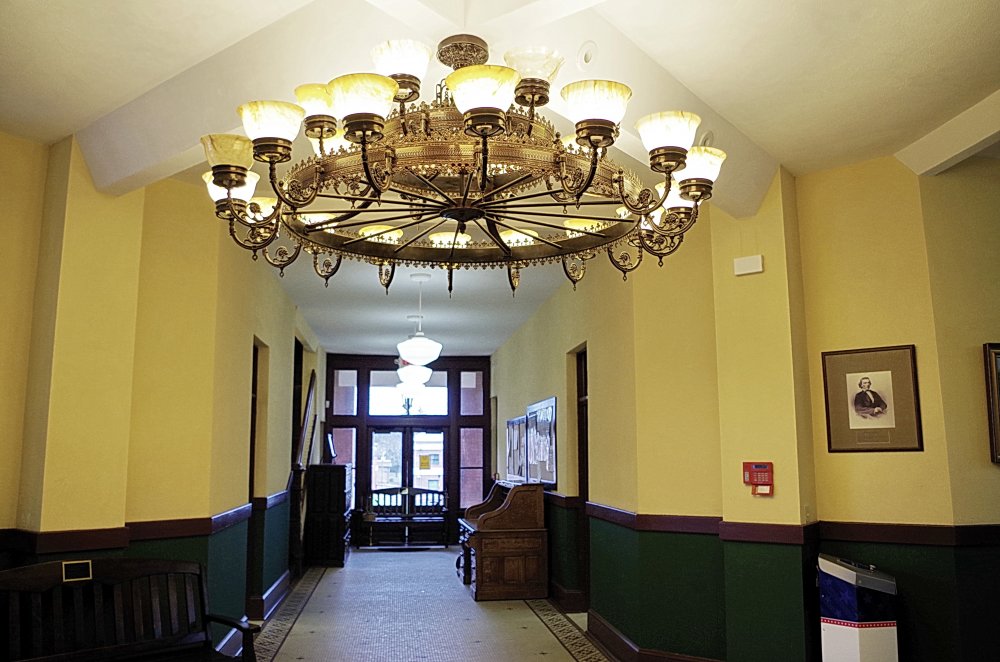 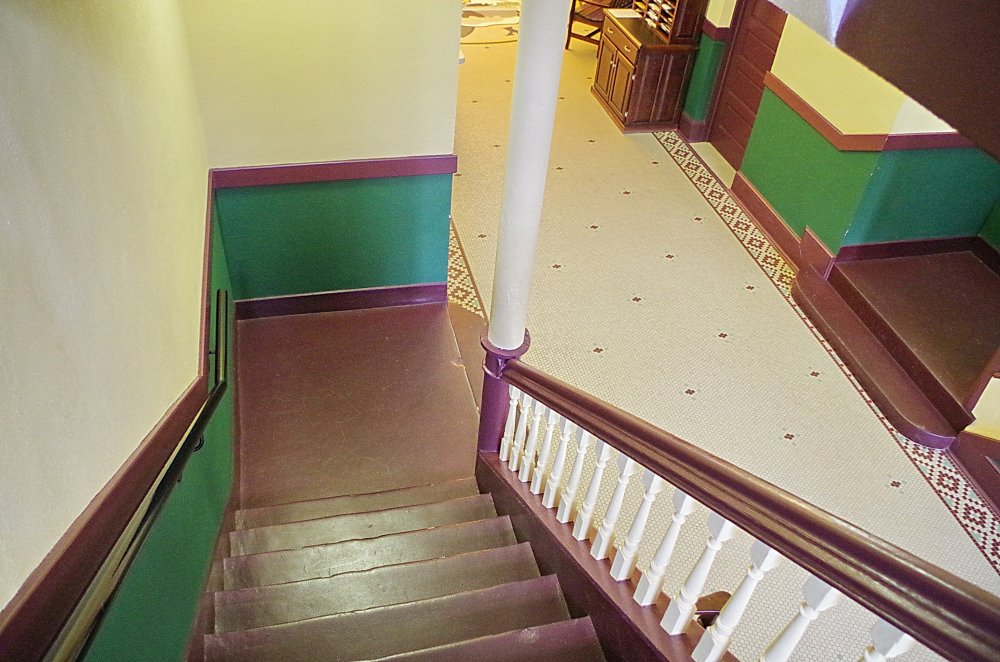 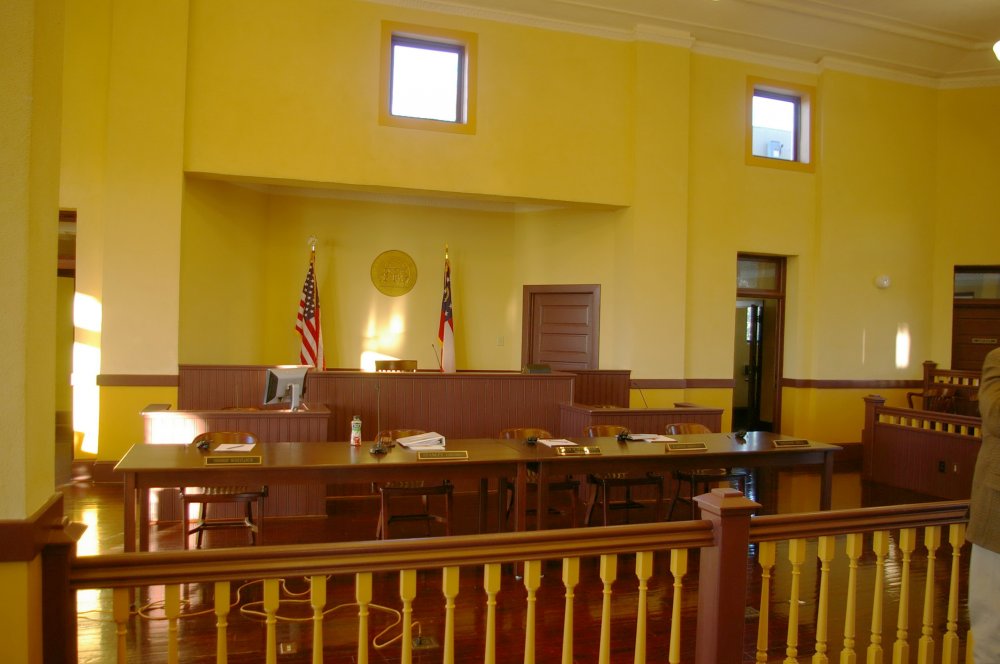 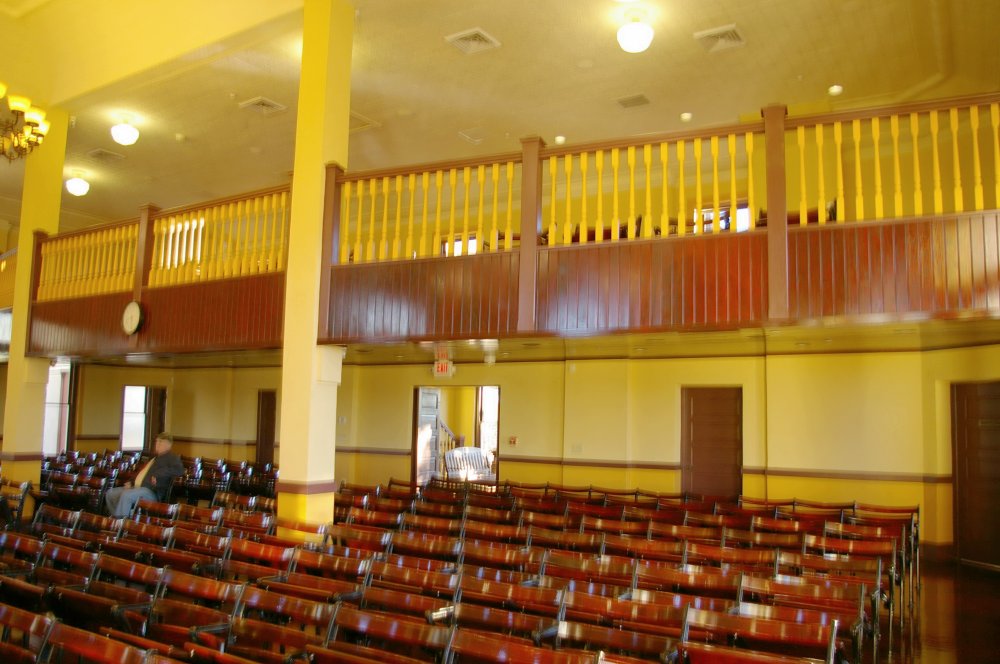 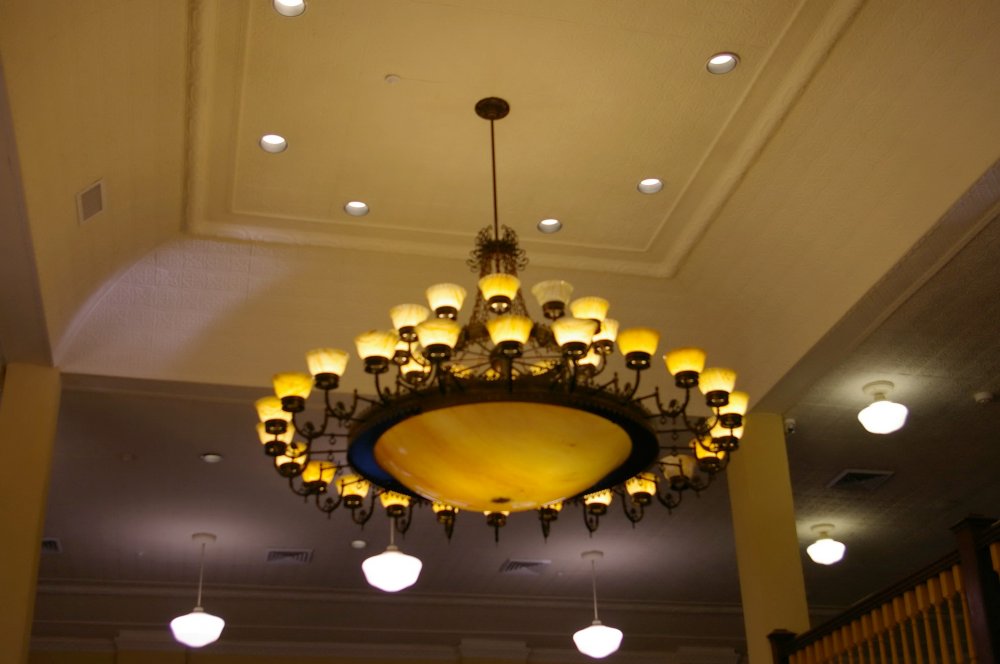 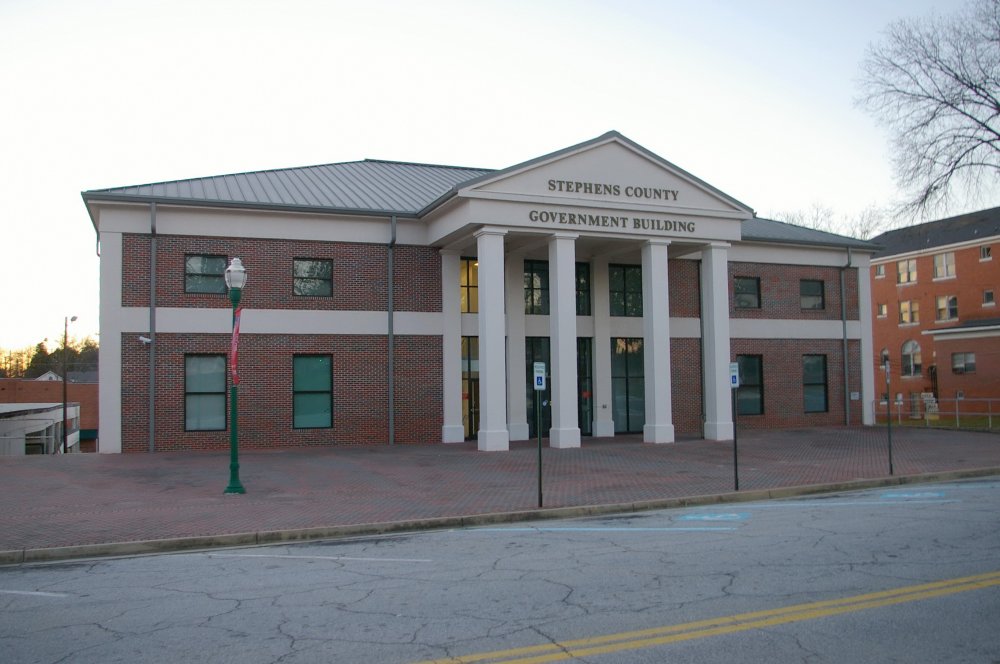 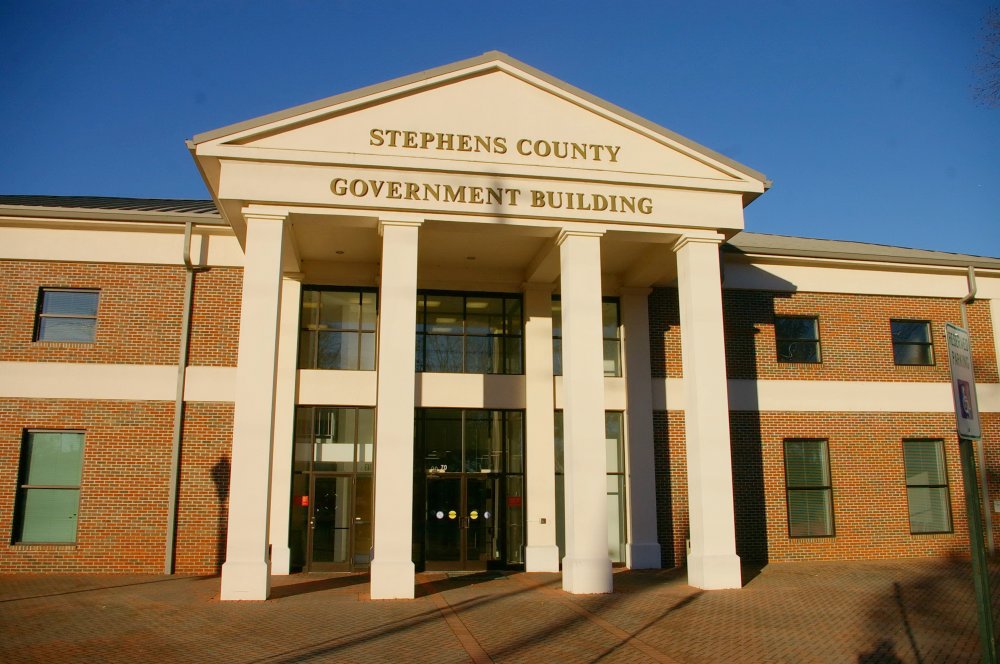 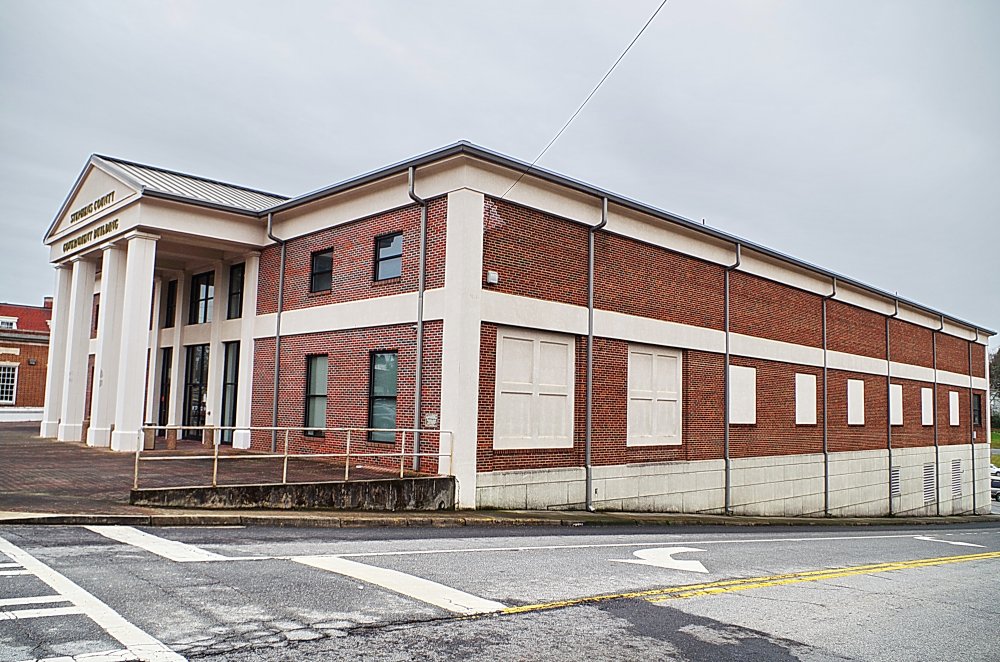 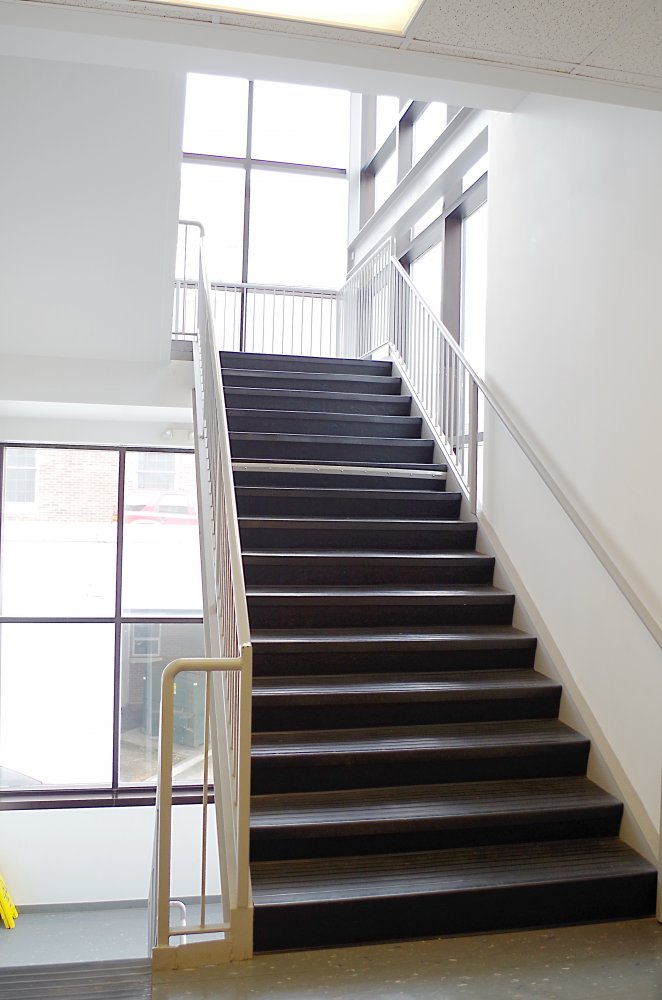 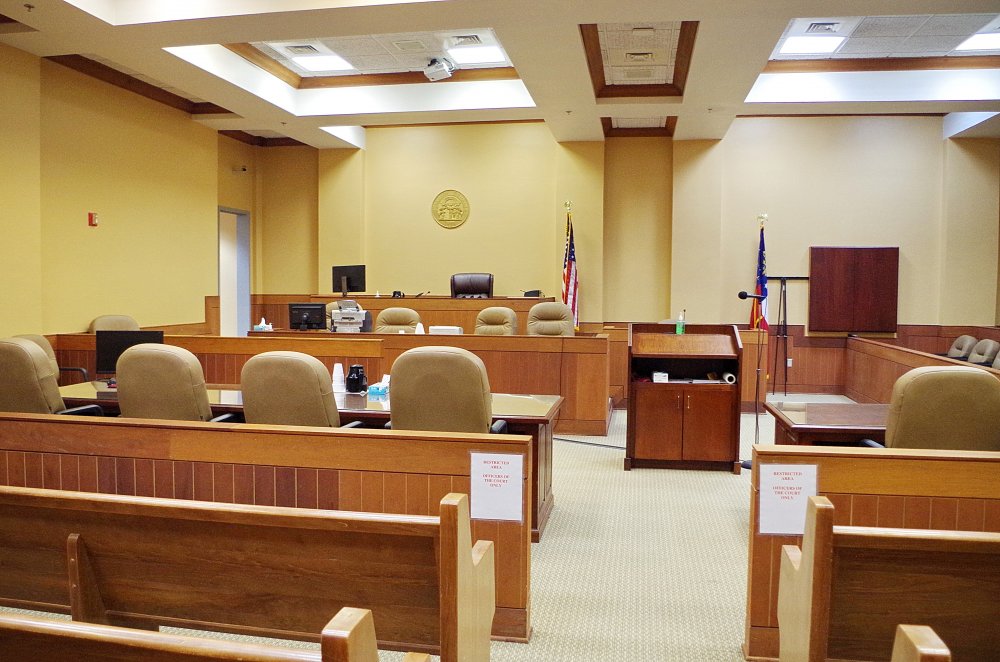 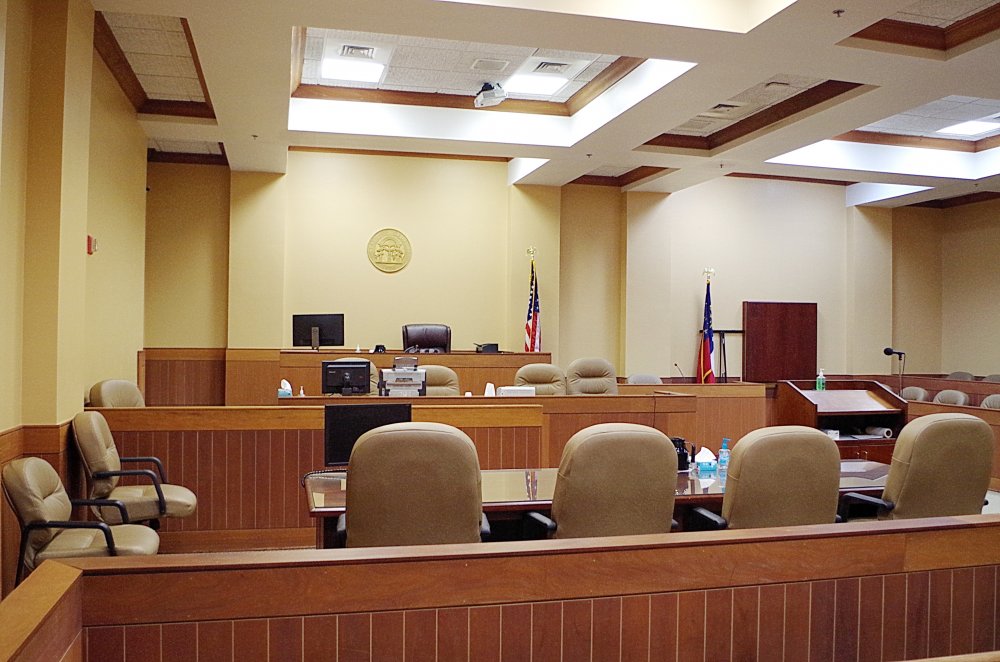 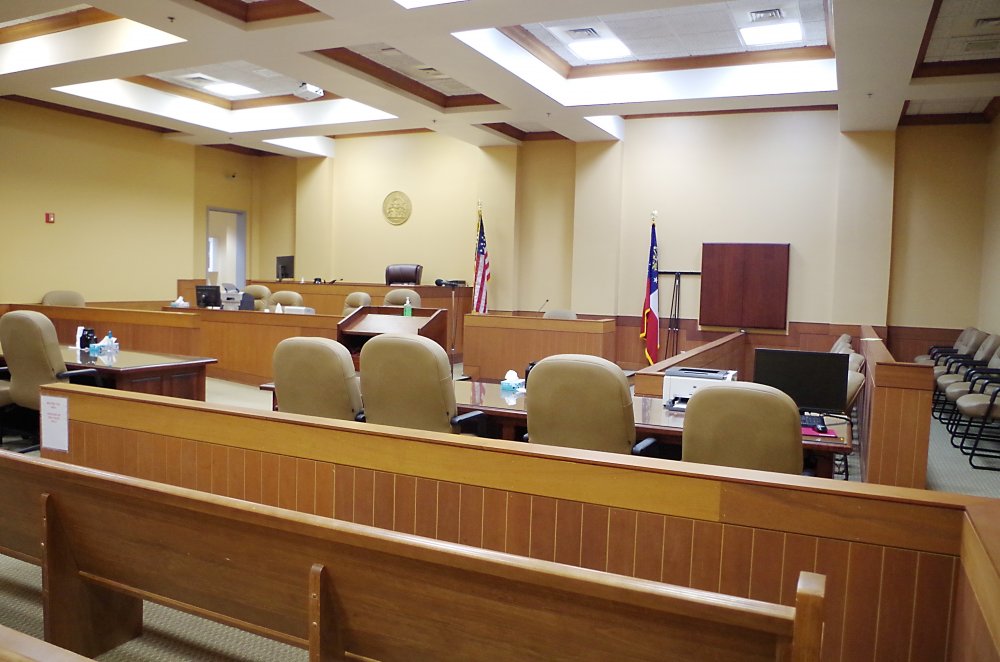 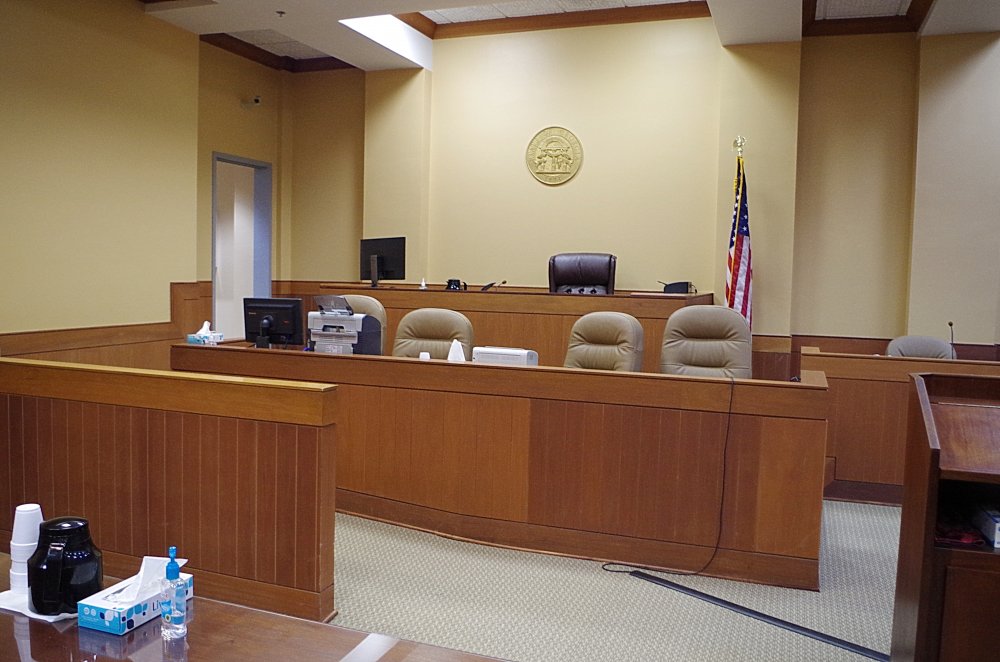 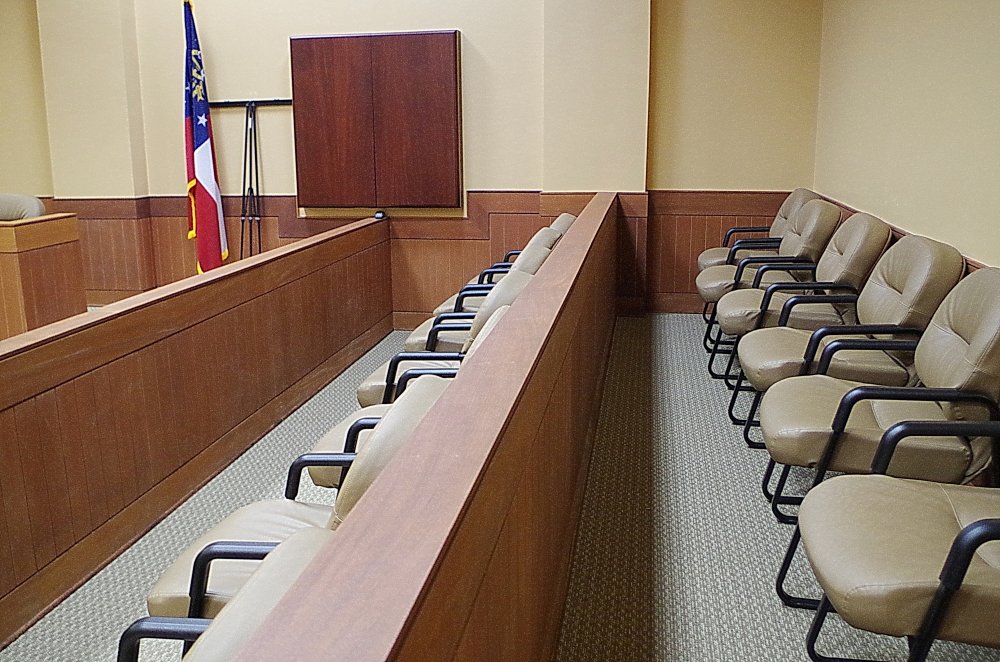 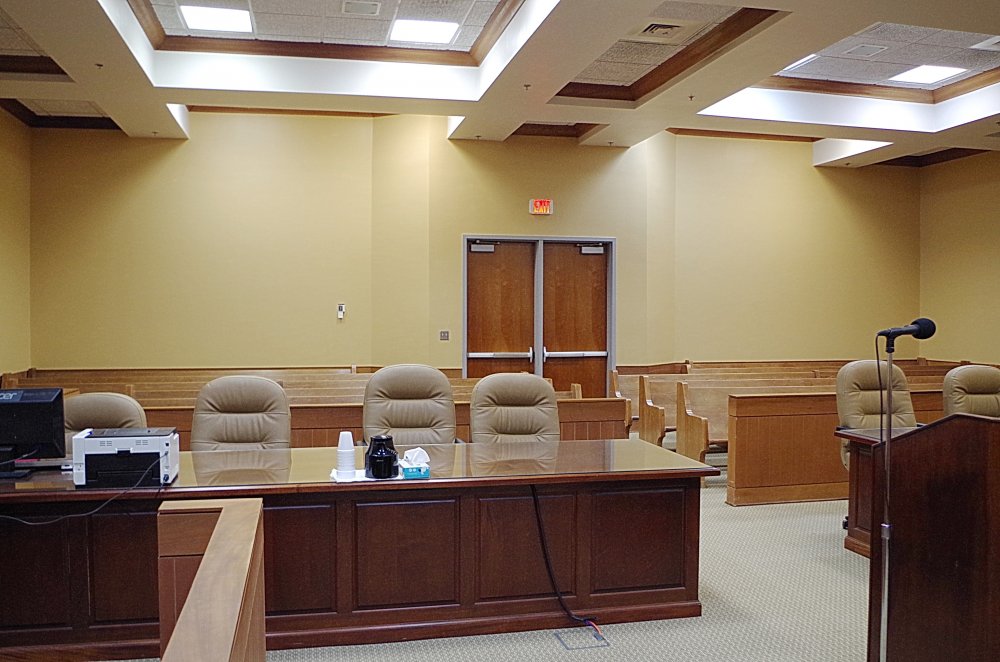