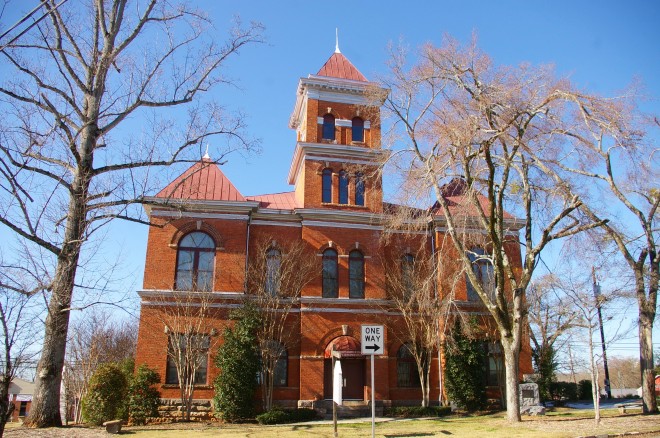 Description:  The building faces east and is a two story red colored brick, stone and concrete structure. The building is located on the landscaped grounds of Courthouse Circle in the center of Danielsville. The east front has a high central tower with arched entrance on the first story and open belfry and steep pyramidal roof at the top. On the southeast and northeast corners are square brick pavilions with steep pyramidal roofs. The rear pavilions are octagonal with similar caps. The brick is laid in an American bond. A stringcourse encircles the building between the first and second stories as does a water table at the base of the first story. Round arched and rectangular windows are on the first story and round arched windows are on the second story. The roof is hipped. The interior has plaster walls with wooden wainscoting and wood floors. The former courtroom is located on the second story. The building has been vacant since 1996.

See:  The cross plan of this courthouse is similar to the courthouse plan in Twiggs County. 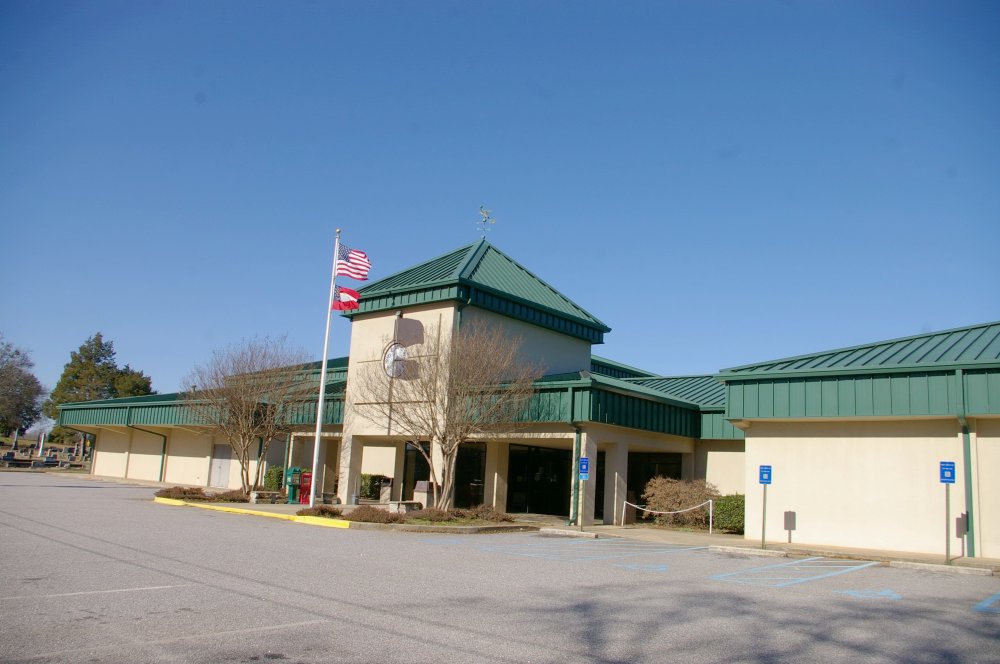 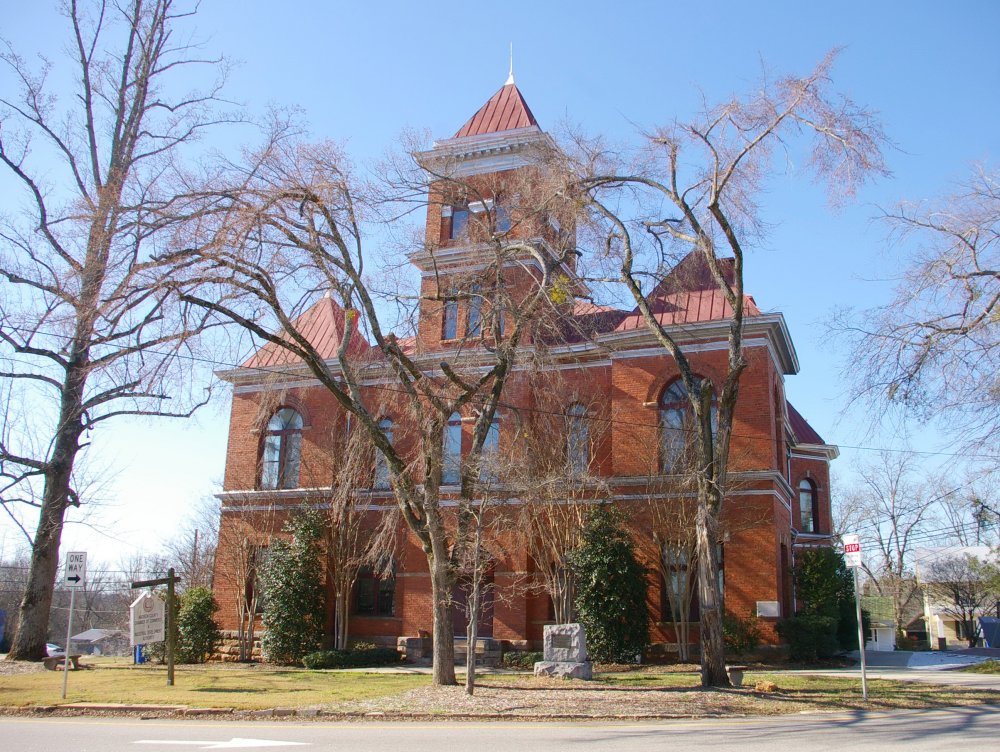 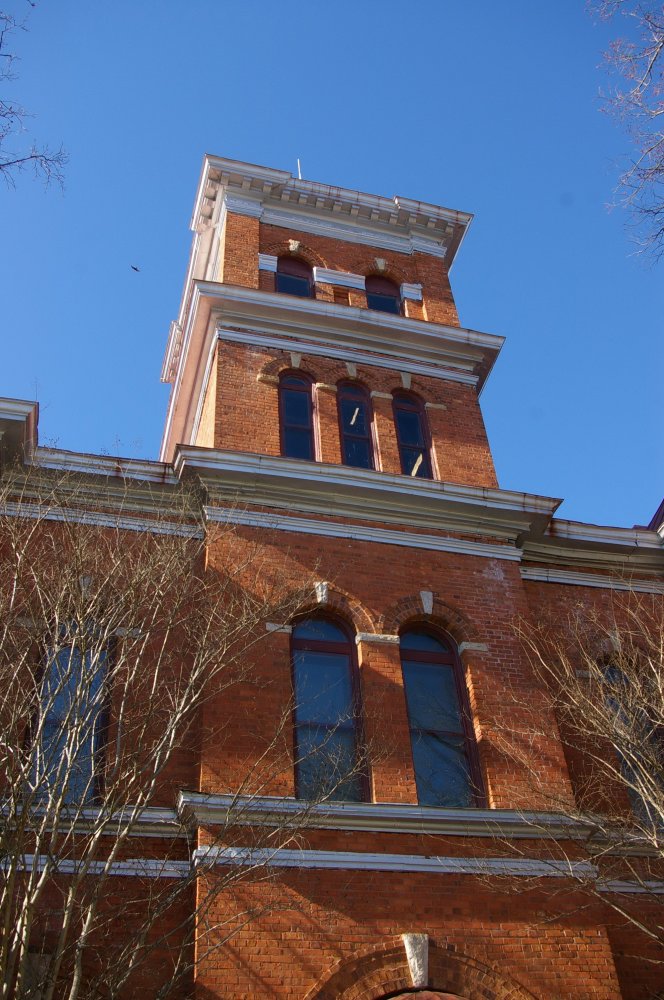 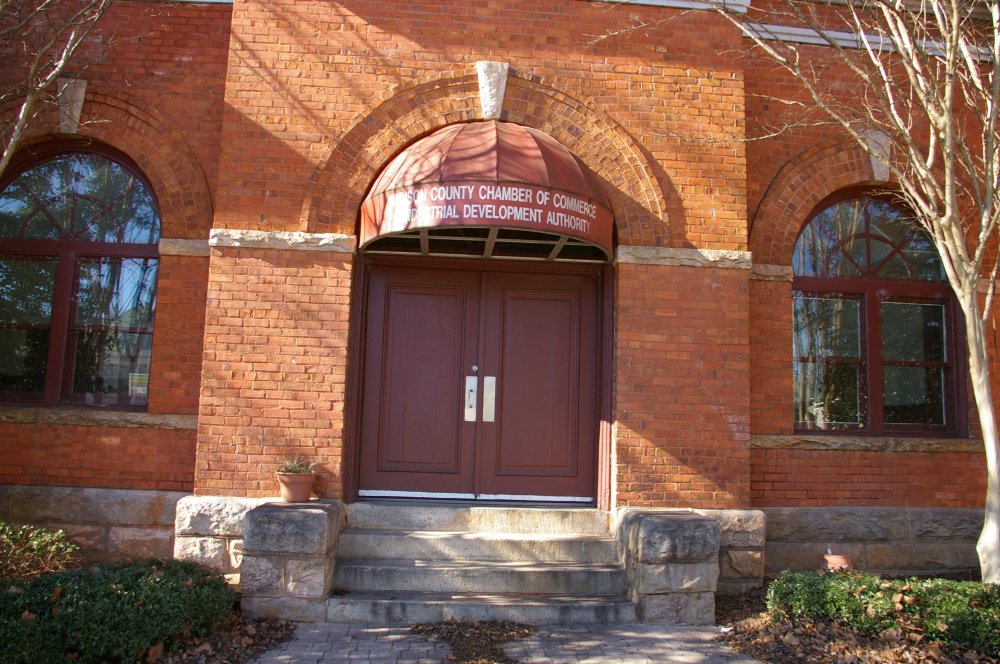 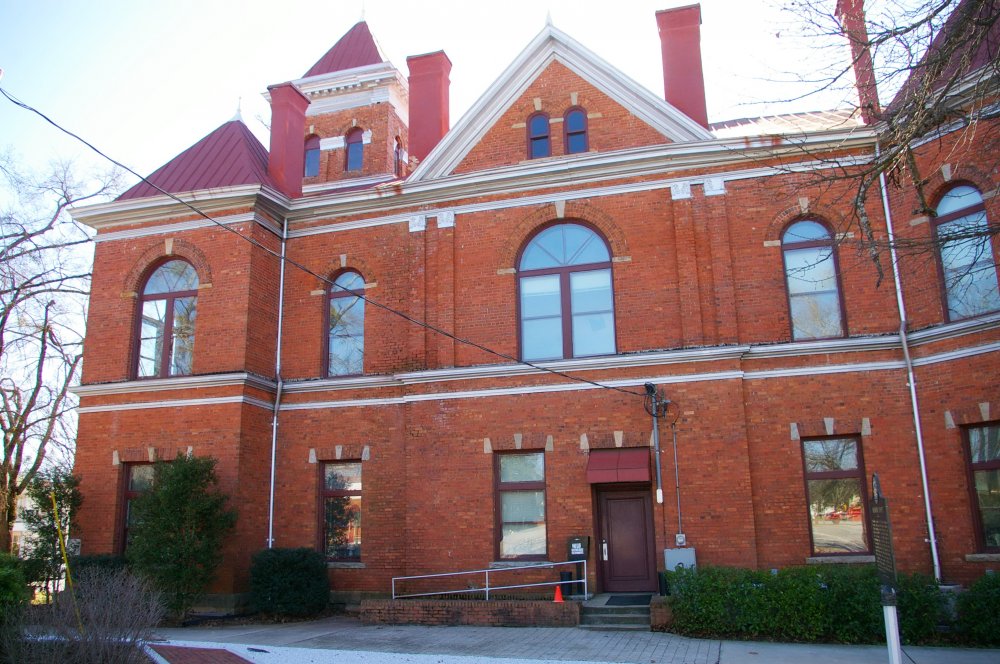 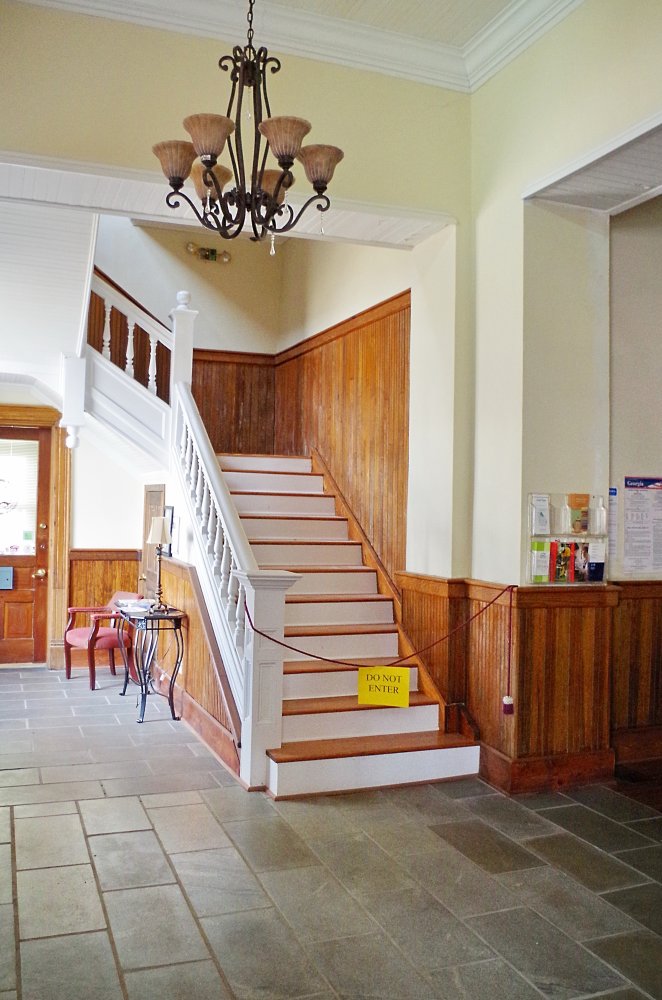 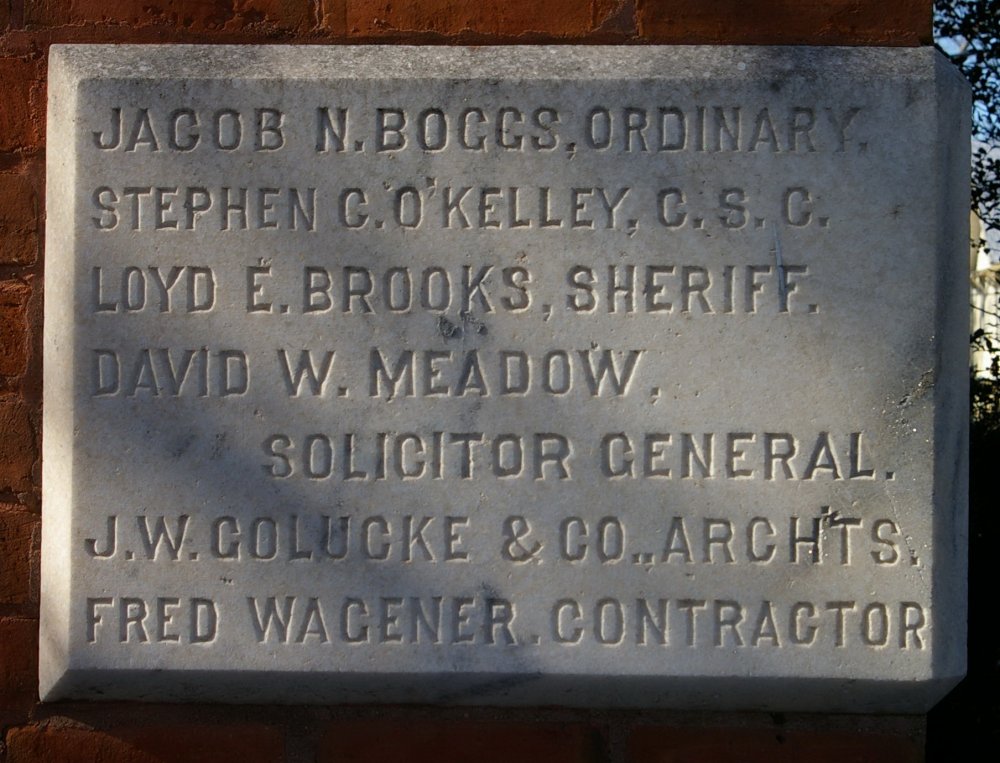