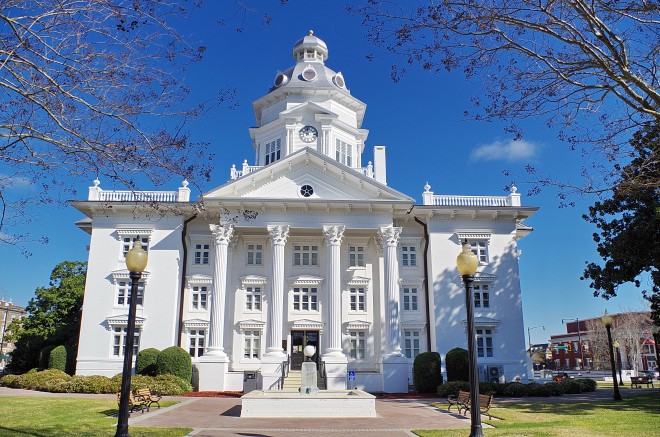 Colquitt County is named for Walter T Colquitt, who was a United States Senator and lived from 1799 to 1855.

N – Worth County and Tift County 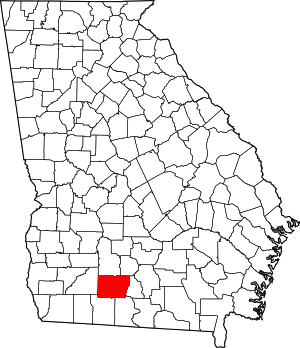 Description:  The building faces south and is a two story white colored brick and concrete structure. The building is located on the landscaped grounds of the Courthouse Square in the center of Moultrie. The south front has a large portico supported by four columns rising to a pediment at the roof line. There are porticoes on each side of the building. A balustrade runs along the roof line. In the center of the building is a large octagonal dome with clock and small octagonal white colored cupola at the top. The courtroom is located at the center of the second story. The building was renovated in 1956 to 1957. The architect was Wilholt & Smith and C C Huber and the contractor was Barber Contracting Company.  The building was renovated in 1994 and again in 2001. The architect was Camila C McLean and David J Hill and the contractor was Hedges Construction Company.

Note:  County commissioners authorized a complete remodeling and modernization of the courthouse in 1956 to 1957 at a cost of $285,000. Using convict labor, the interior of the building was stripped to the first floor, and a new second and third floor created–with 12-foot ceilings instead of the former height of 20 feet. The original windows were bricked up, and new smaller windows installed for each floor. Also, some of the distinctive architectural features of the 1902 building were removed.

See: The architect,  Andrew J Bryan, designed the courthouses in Alabama in Coffee County, Lee County and Monroe County; in Georgia in Pulaski County and Stewart County; in Kentucky in Bracken Couinty and Mercer County; in Louisians in Pointe Coupee Parish;  in Mississippi in Attala County and Simpson County; and in Texas in Rains County. 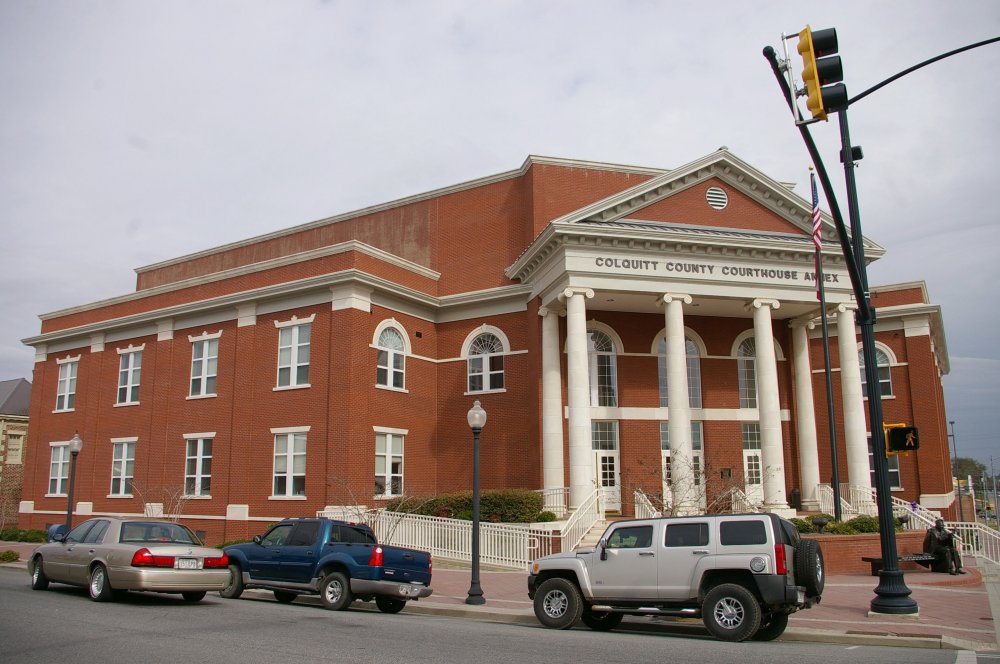 Description:  The building faces southwest is a three story red colored brick and concrete structure. The building is located to the northeast of the courthouse in the center of Moultrie. The southwest corner has a large portico with four columns rising to a pediment below the roof line. The south and west wings are lower than the main building. The roof line is flat. The county administration occupies the first and second stories with the Commissioners Chamber on the second story. The courts are located on the third story with an entrance on the east side of the building. 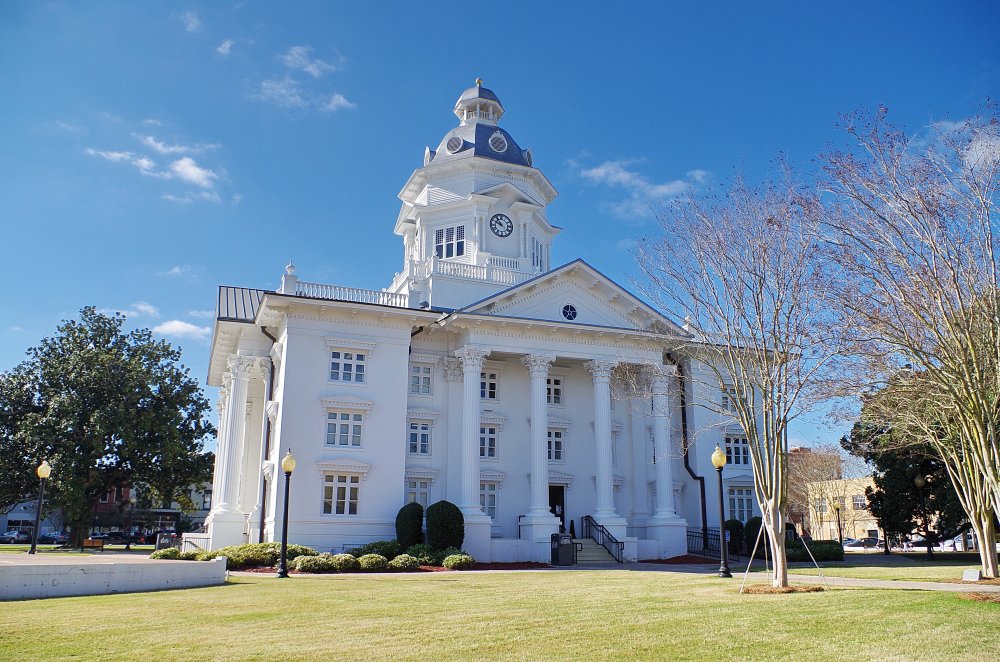 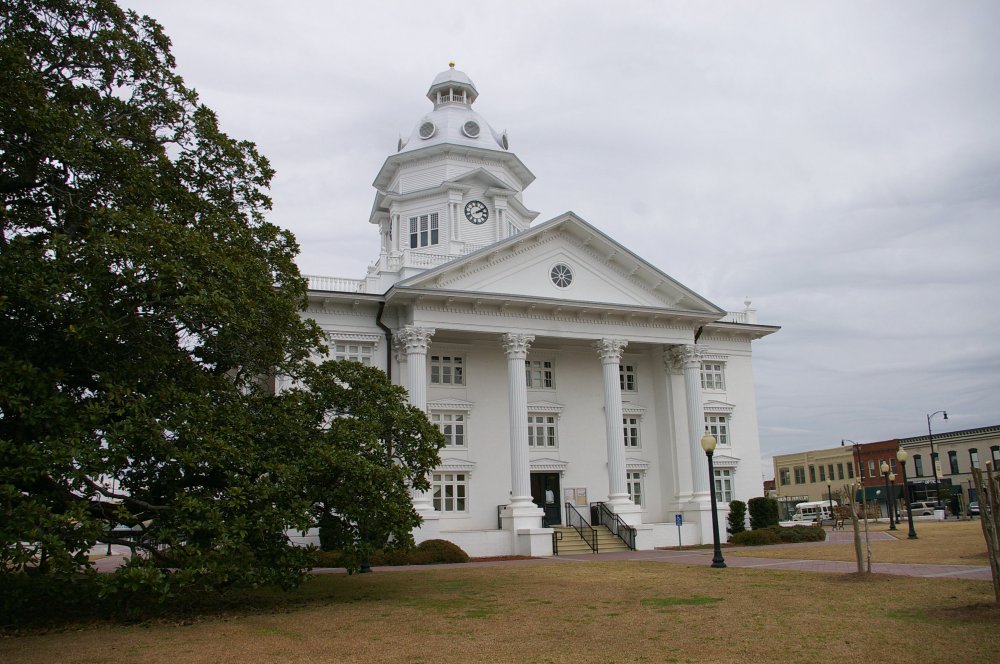 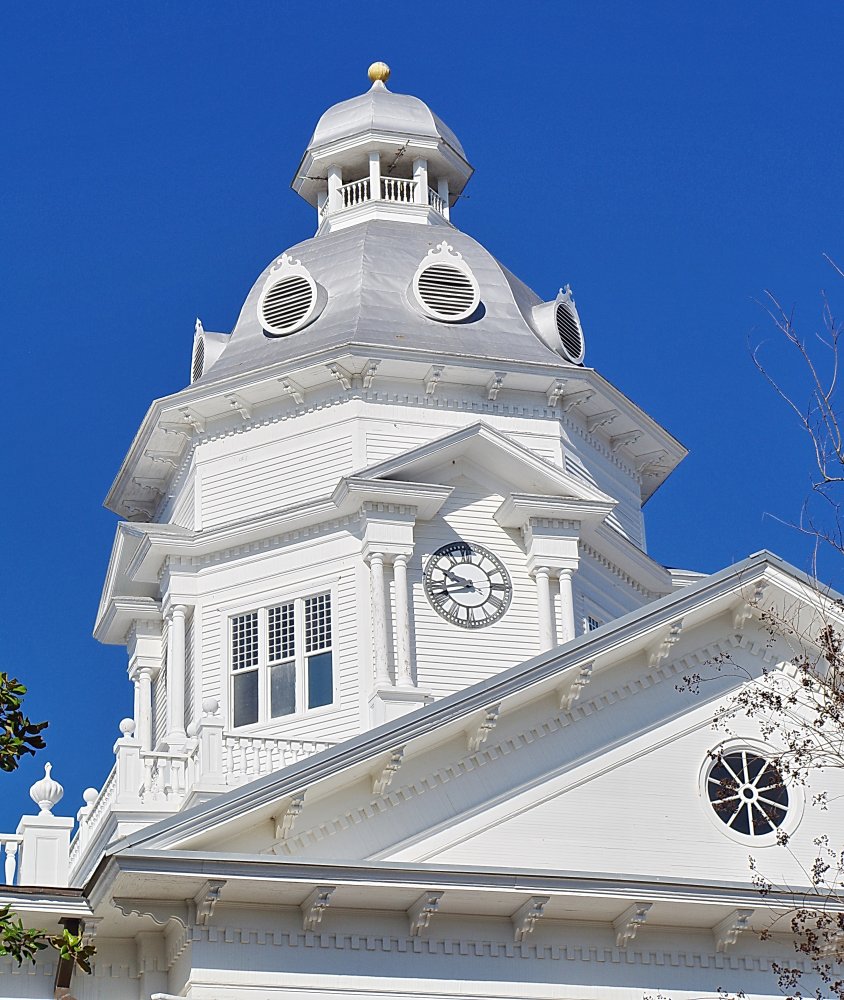 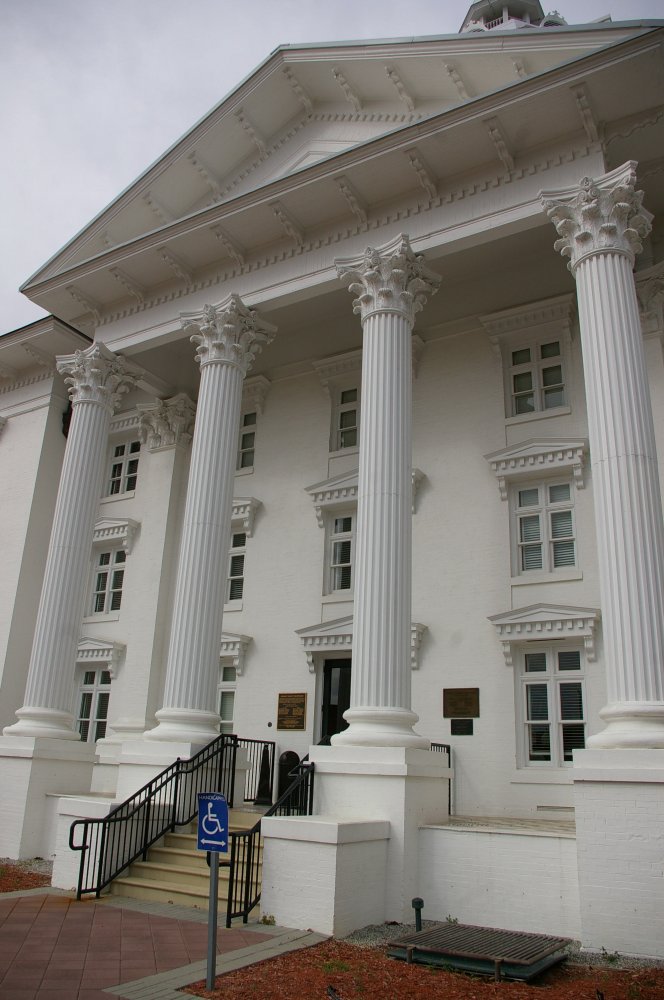 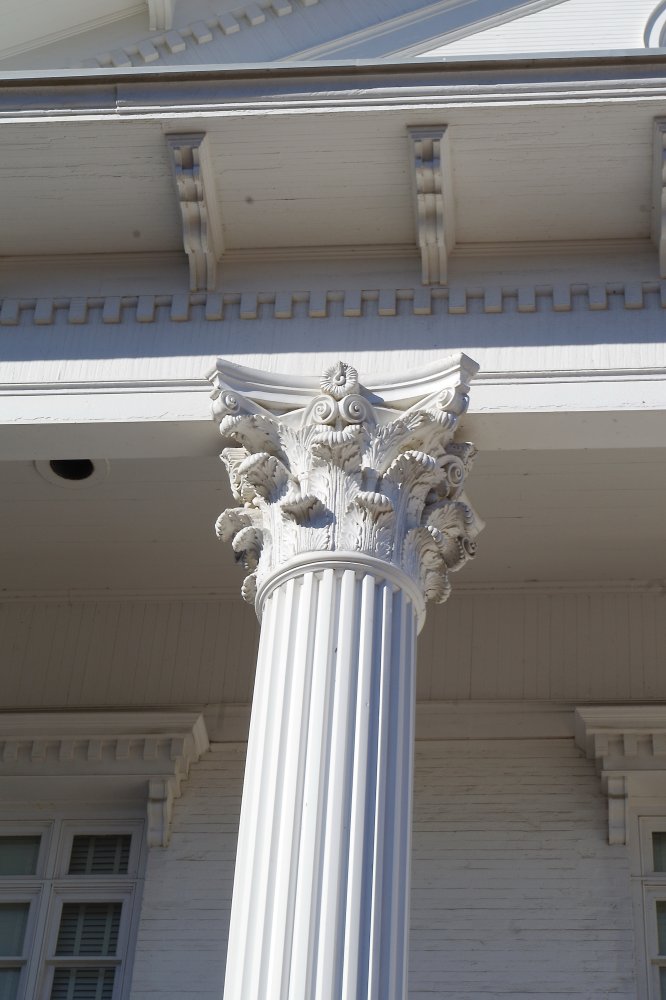 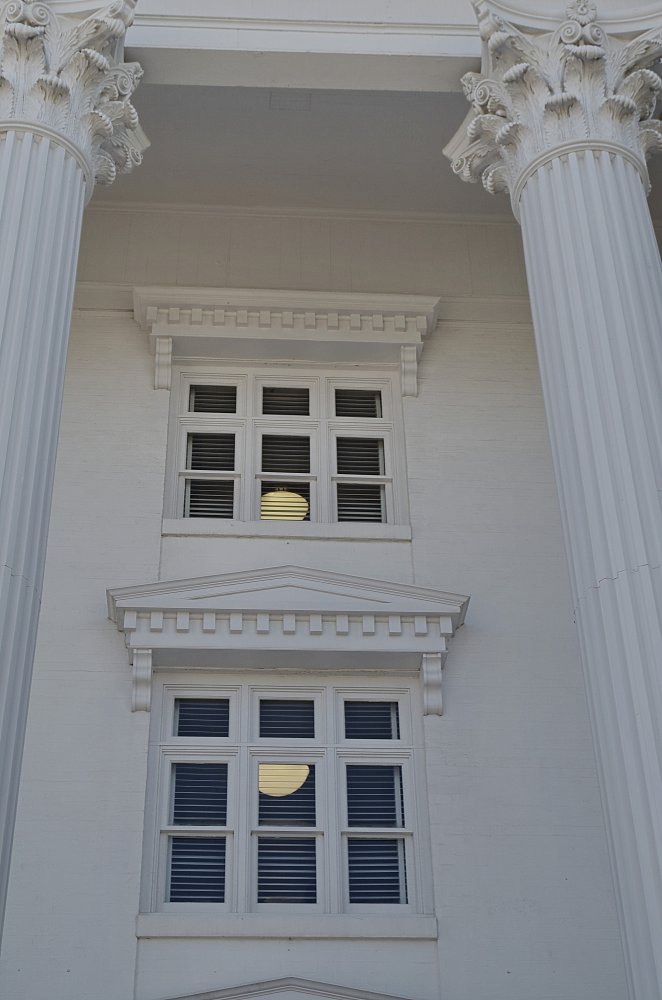 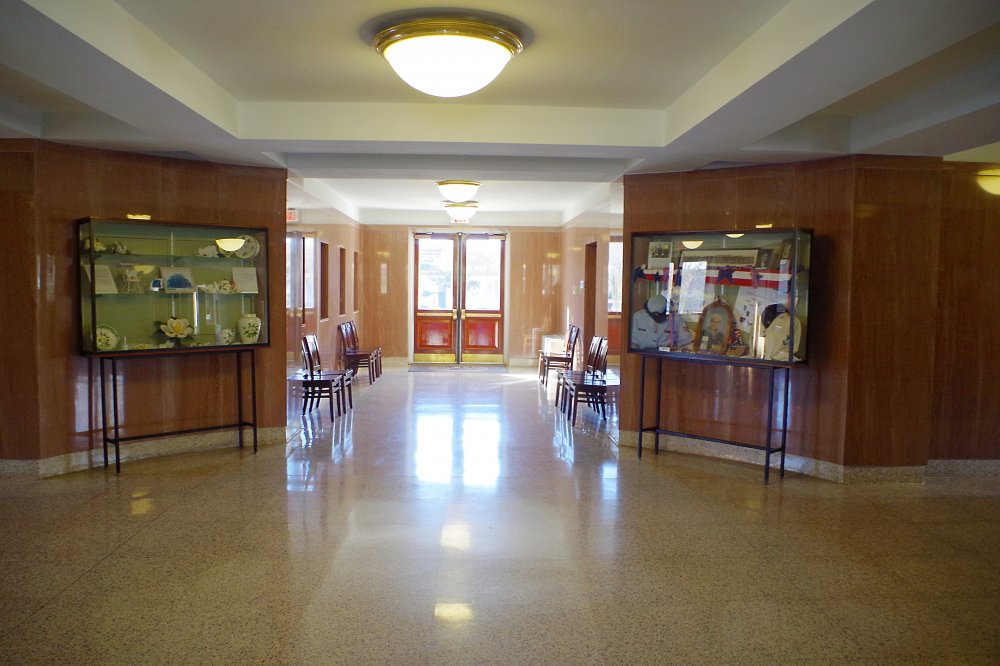 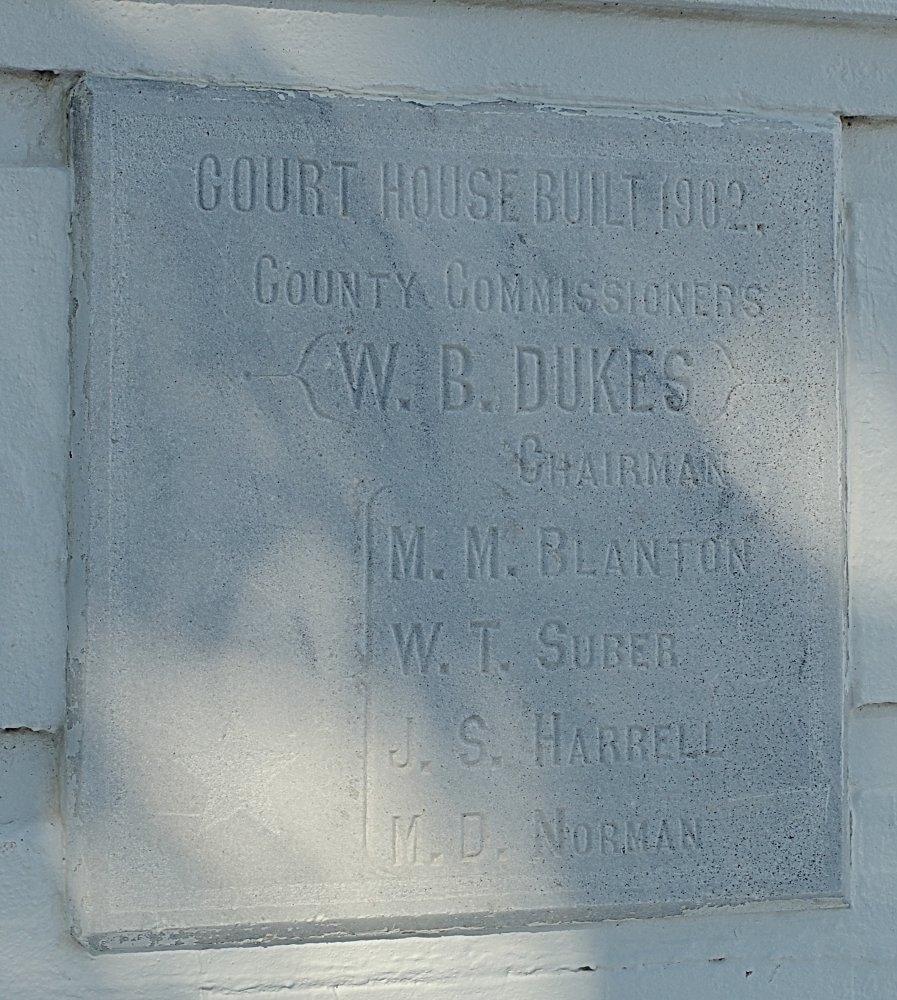 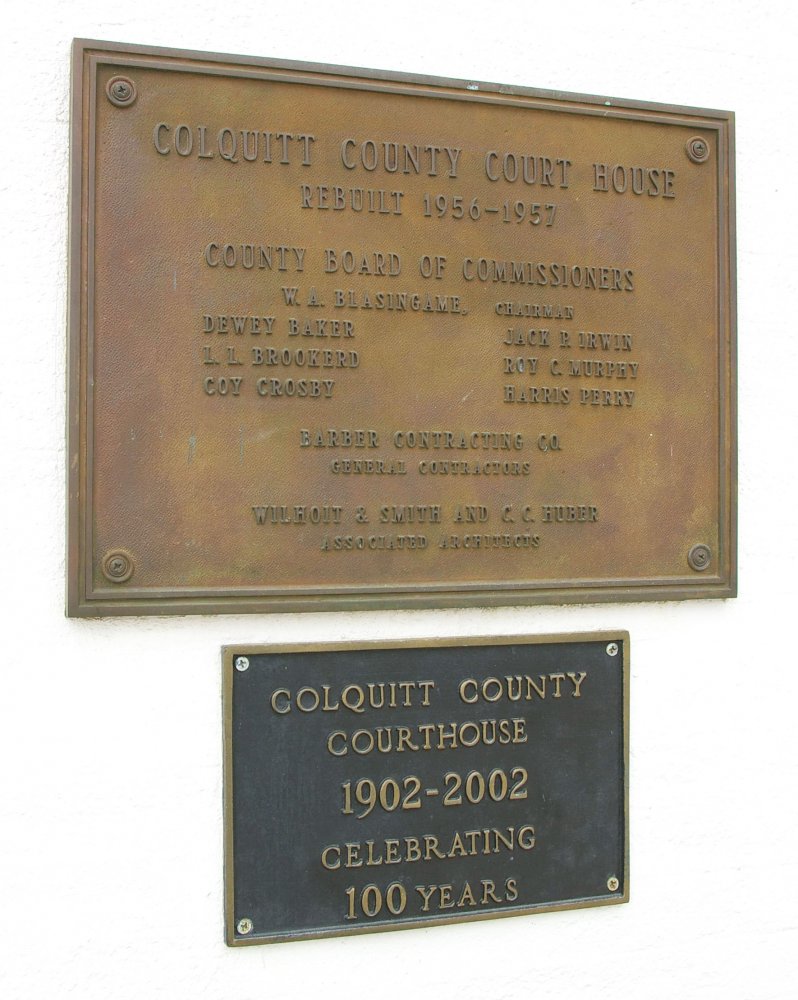 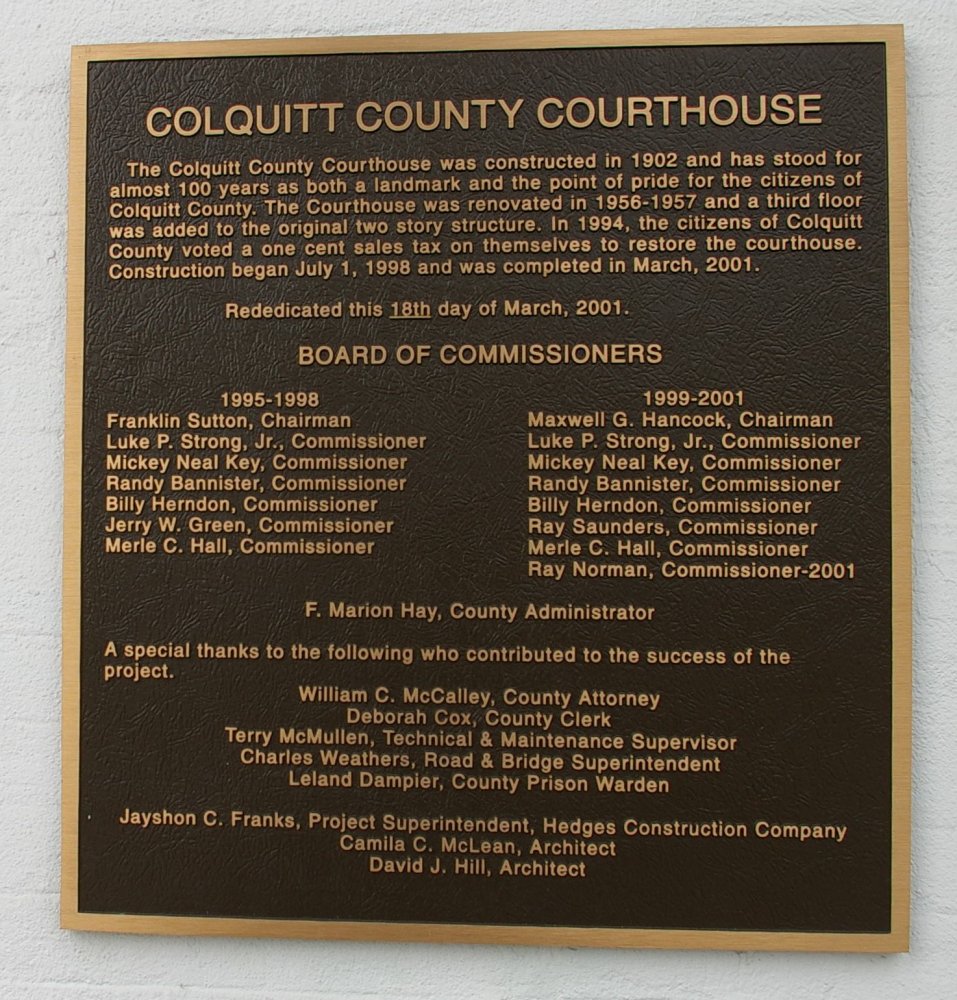 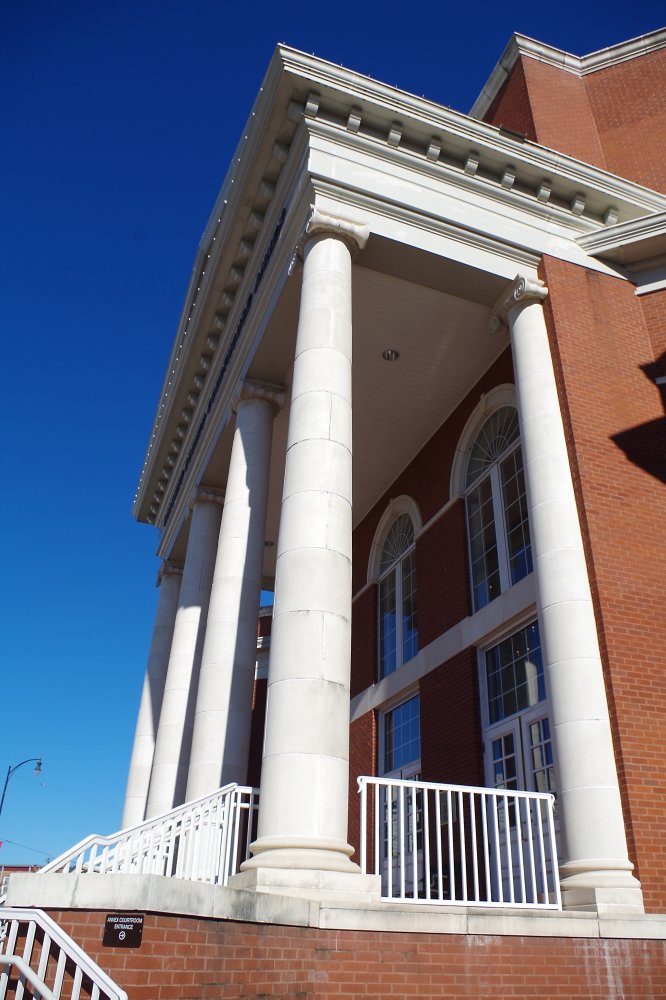 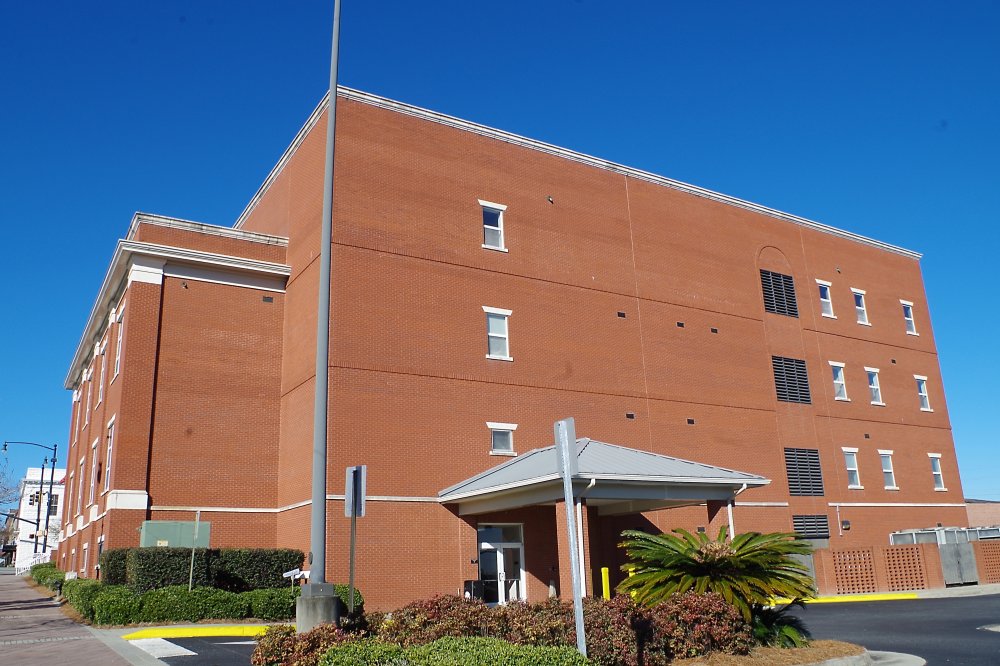 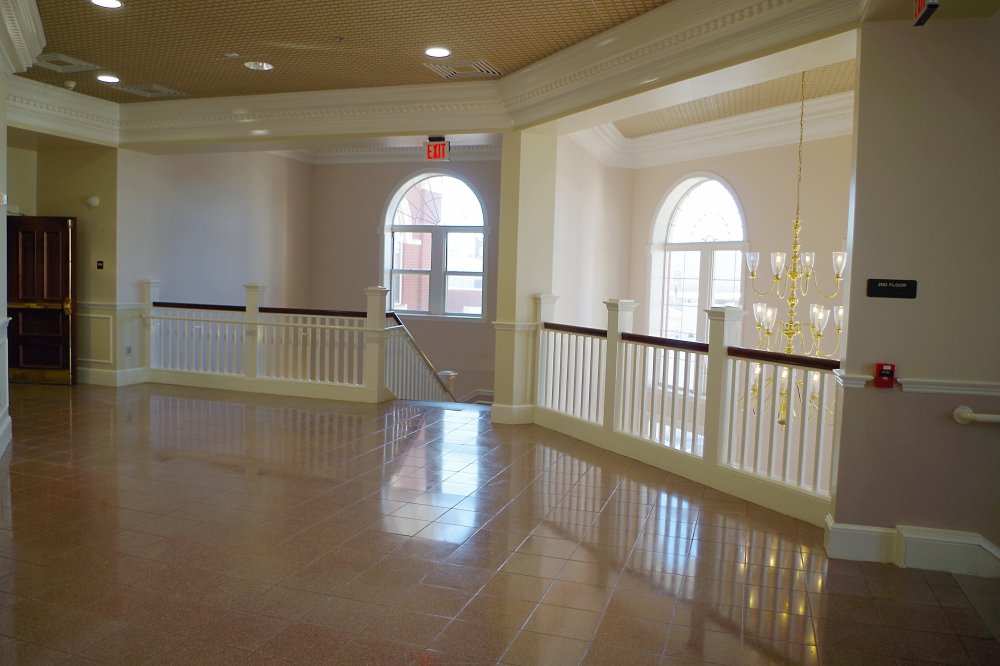 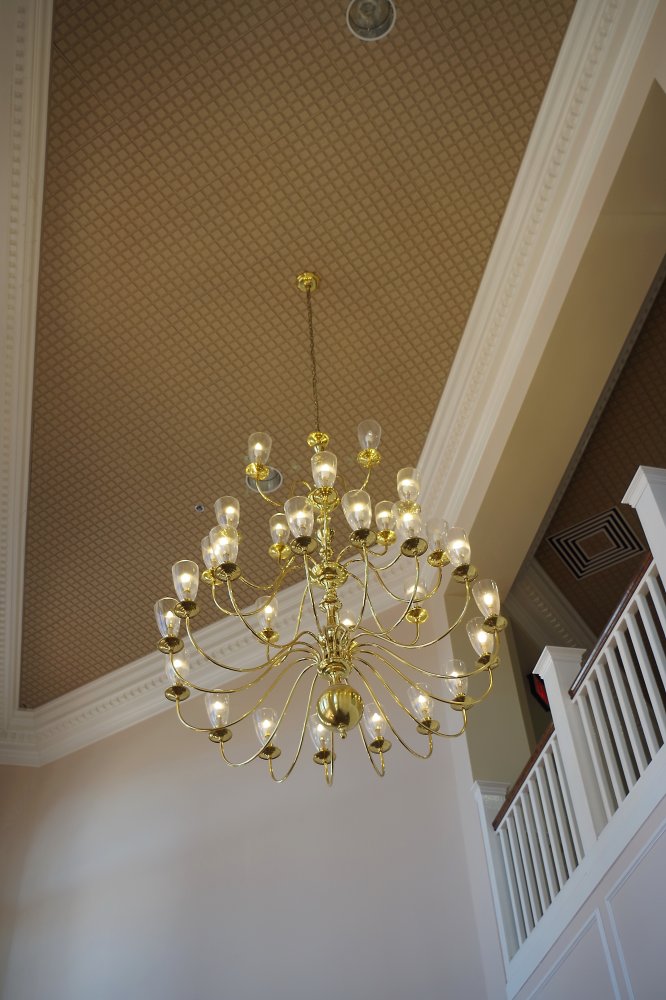