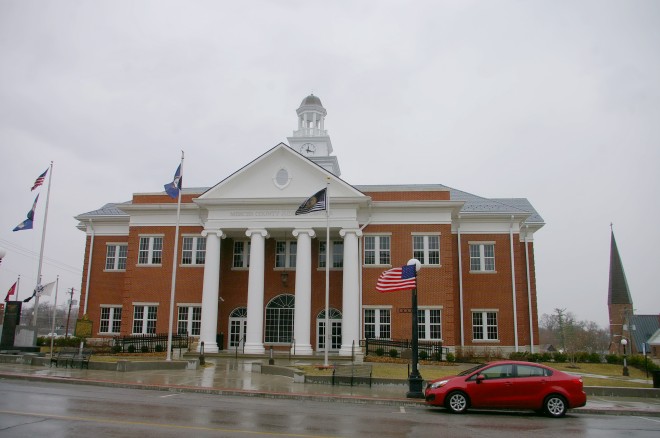 Mercer County is named for Hugh Mercer, who was killed at the Battle of Princeton and who lived from 1726 to 1777.

Description:  The building faces east and is a two story red colored brick and concrete structure. The building is located on landscaped grounds in the center of Harrodsburg. On the east front is large portico with four large white colored columns rising to the pediment above the second story. There is a wide white colored belt running below the roof line. On the roof is a white colored square wood cupola with clock and a small round cupola at the top. The roof is hipped. The building houses the County Circuit Court and County District Court of the 50th Judicial District. 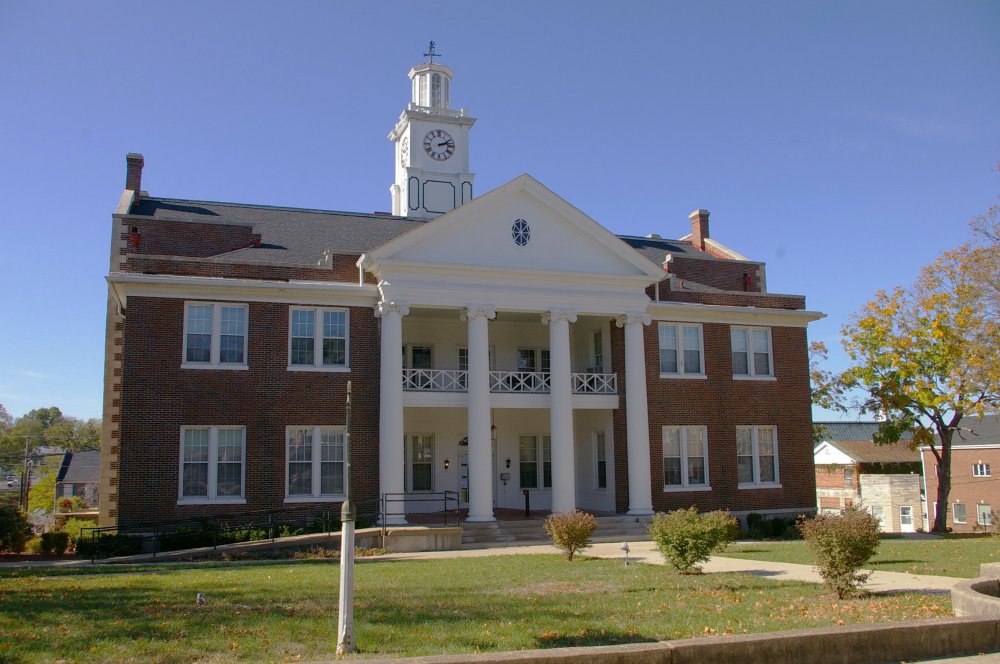 Description:  The building faced east and was a two story red colored brick and concrete structure. On the east front was large portico with three large white colored columns rising to the pediment above the second story. There was a small oval window in the center of the pediment. On the second story was a balcony. On the roof was a white colored square wood cupola with clock and a small round cupola at the top. The roof was hipped. In 1928 there was a fire and the building was restored. The architect was Churchill & Gillig of Lexington and the contractor was Peter Noland Wilson. The supervising architect was Martin Geertz of Lexington. In 2010, the building was replaced with the fourth courthouse.

See: The architect,  Andrew J Bryan, designed the courthouses in Alabama in Coffee County, Lee County and Monroe County; in Georgia in Colquitt County, Pulaski County and Stewart County; in Kentucky in Bracken County; in Louisiana in Pointe Coupee Parish;  in Mississippi in Attala County and Simpson County; and in Texas in Rains County.

Note:  Harrodsburg is the oldest town in Kentucky, settled in 1774 and the second oldest town is Hardinsburg in Breckinridge County. 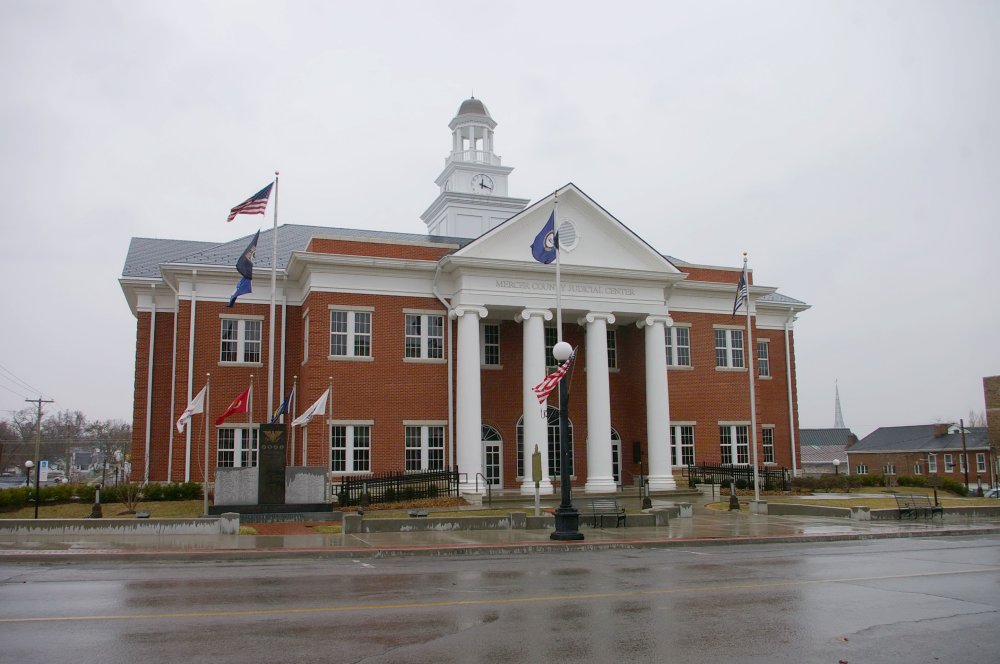 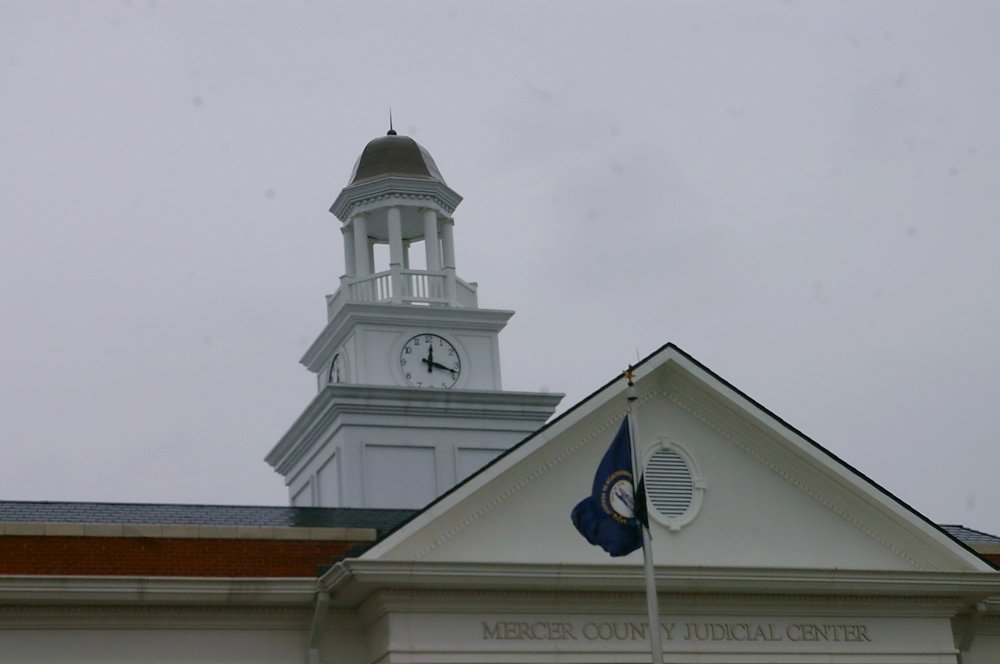 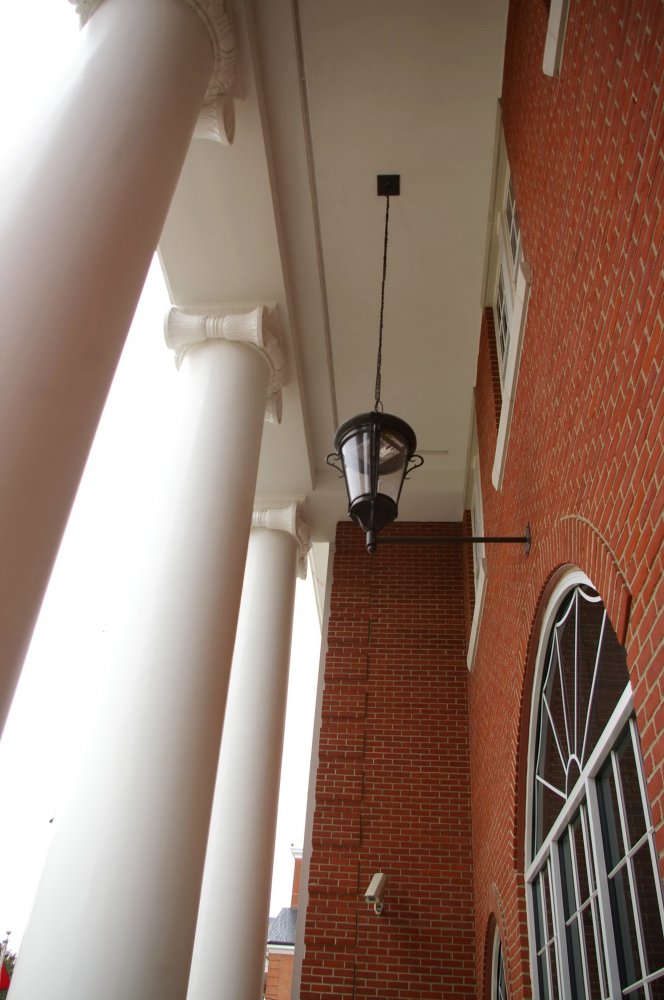 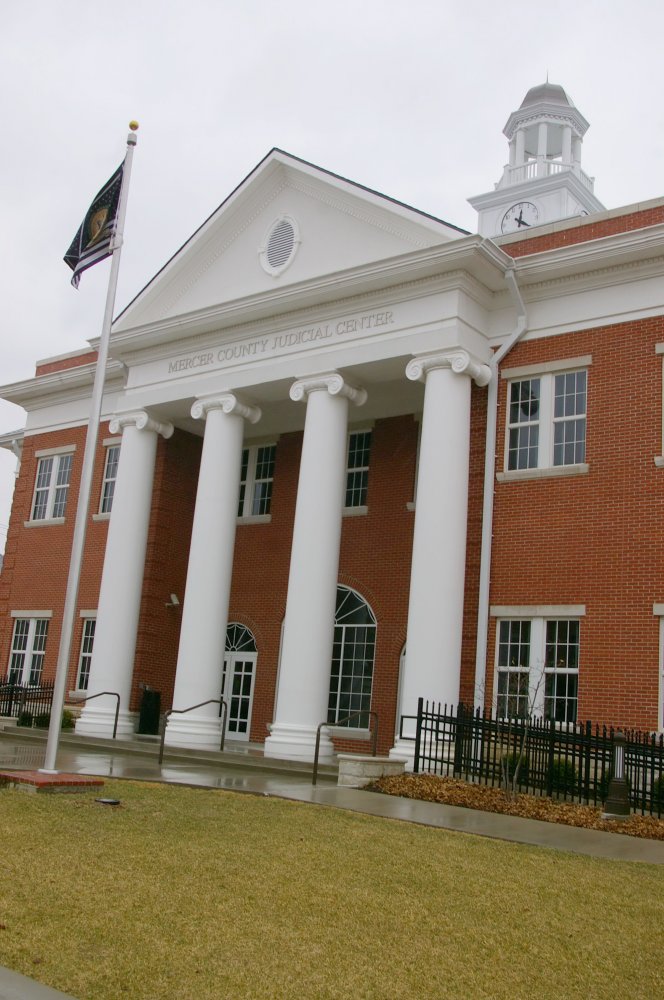 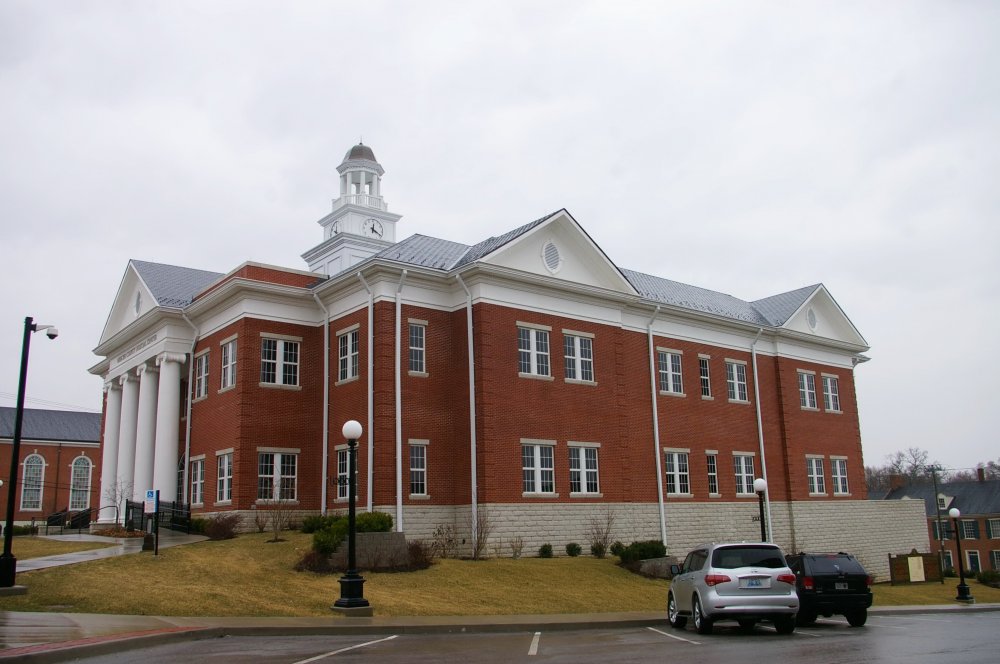 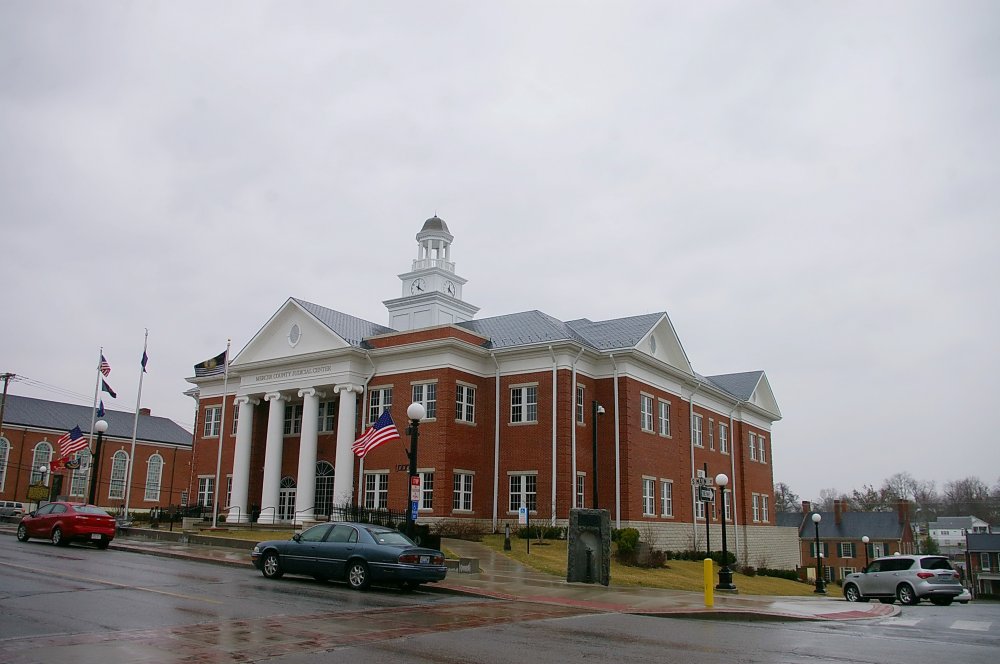 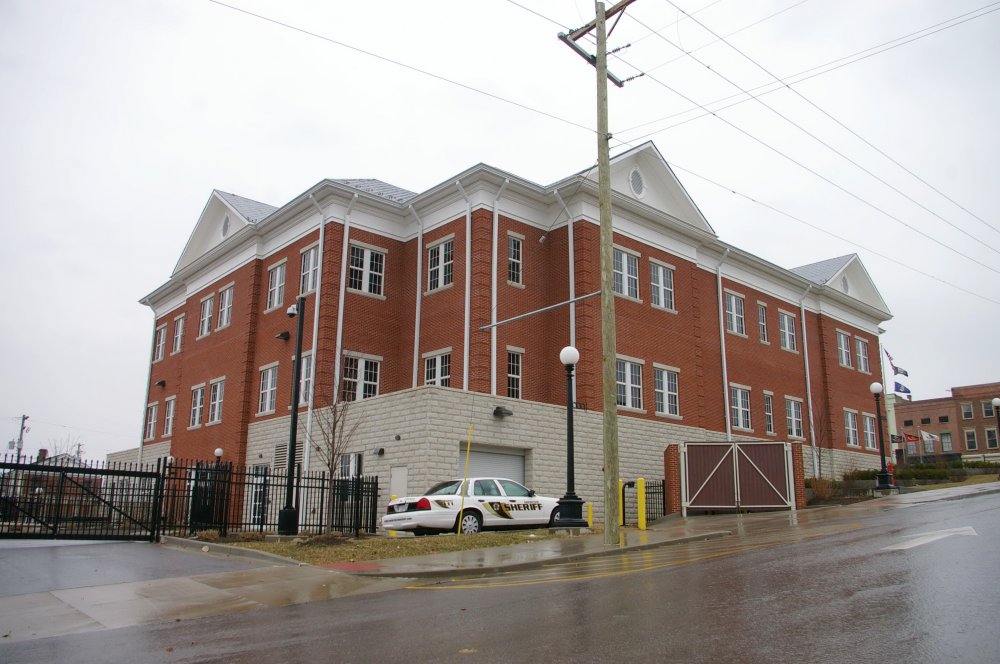 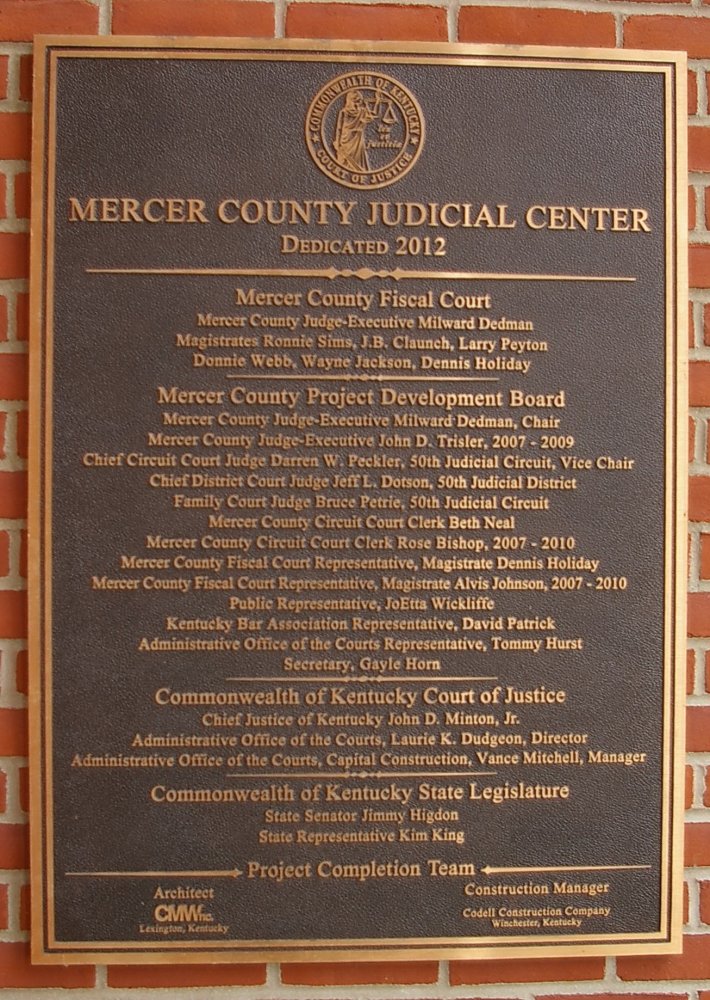 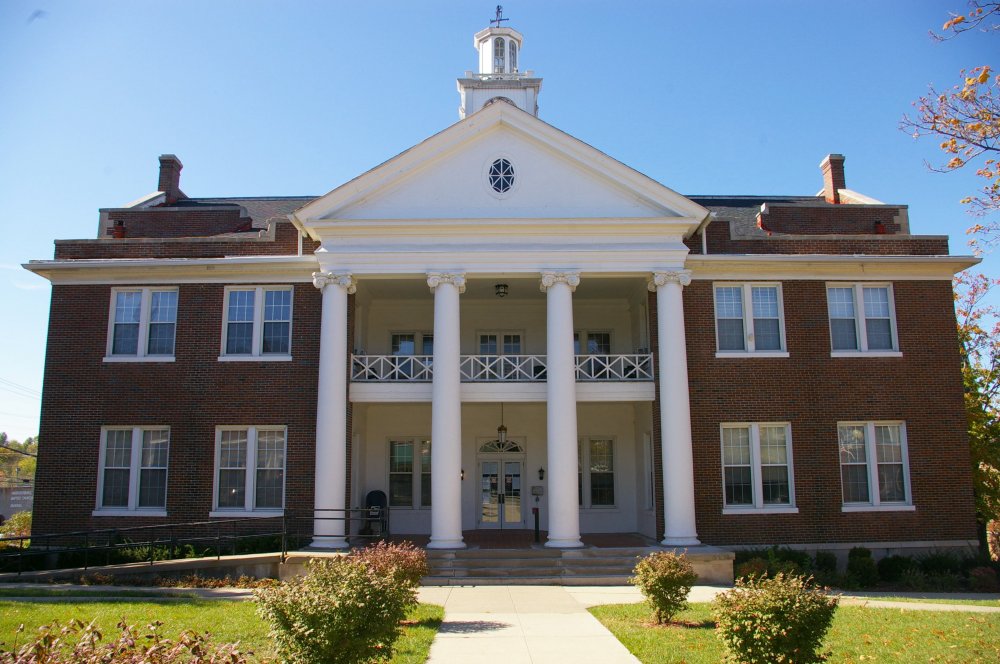 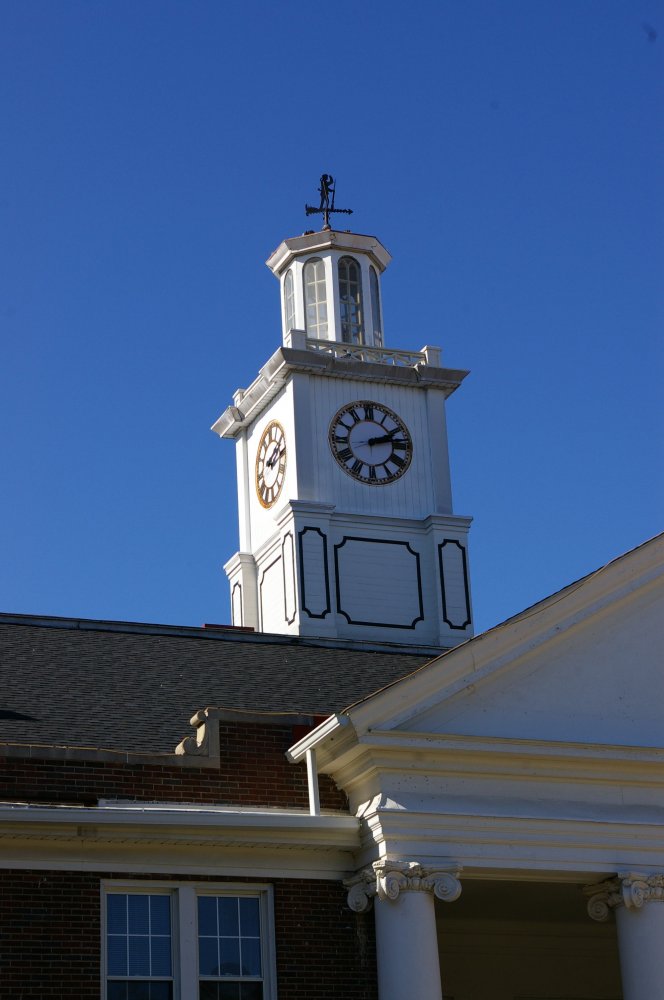 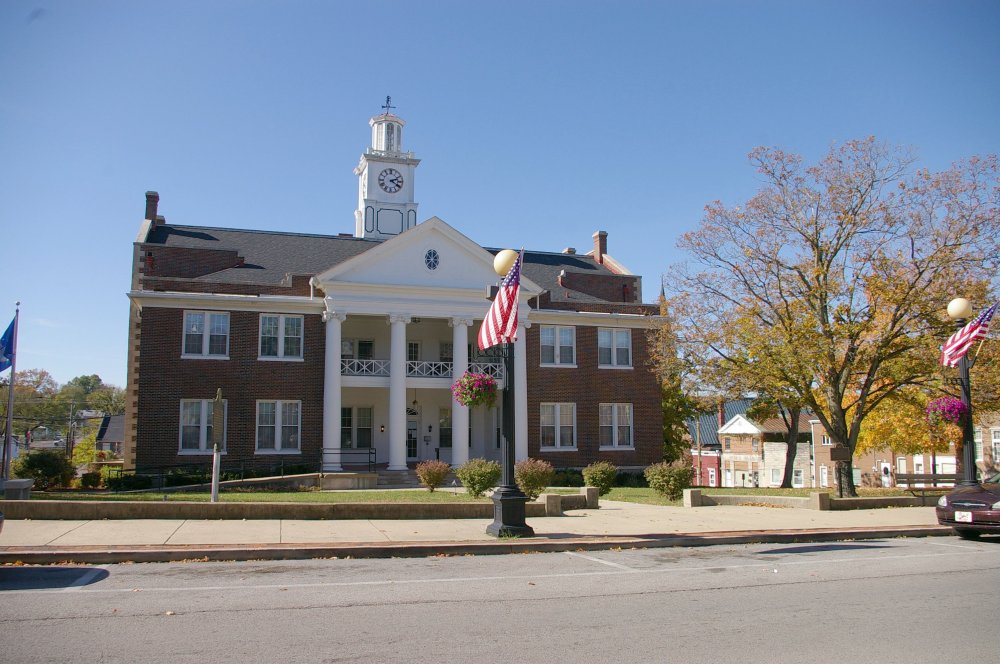 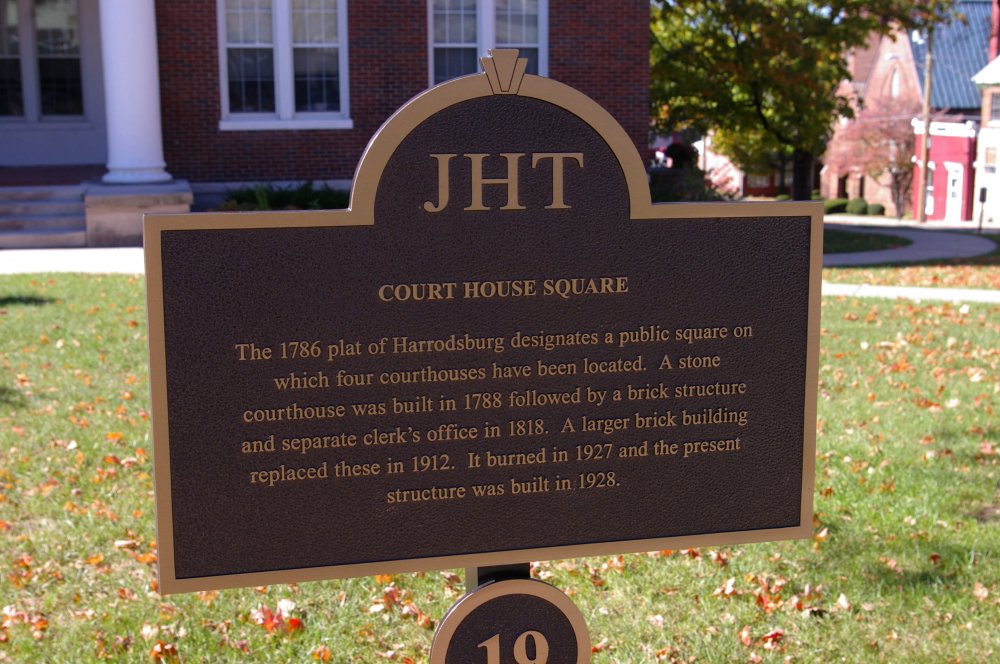 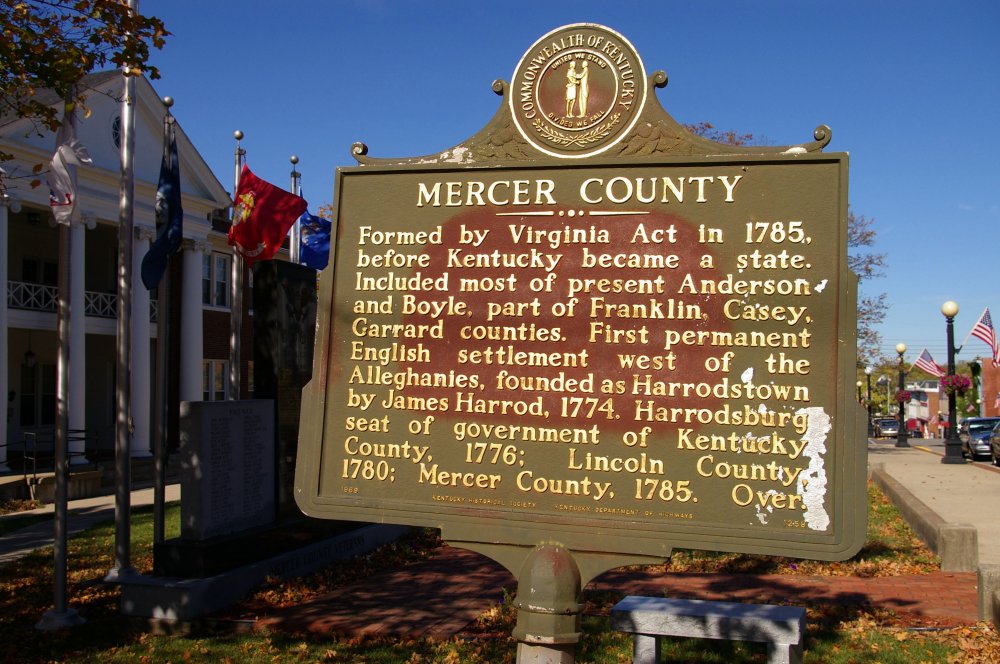