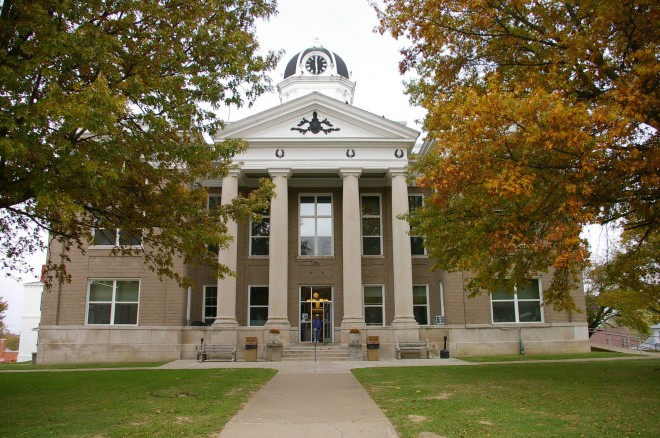 Bracken County is named for William Bracken, who was a trapper and frontiersman.

Description:  The building faces southeast and is a two story buff colored brick and concrete structure. The building is located on landscaped grounds in the center of Brooksville. The southeast front has a large portico with four large columns rising to a pediment at the roof line. On the center of the roof is a white colored dome with clock at the top. In the interior, the courtroom is located on the second story. The supervisor was O G Wilson. In 2002 and 2003, a three story addition was constructed on the northwest side. The architect was Architectural Plus Inc. and the contractor was Klenco Company. On the northwest side is the Old Sheriff Residence.

See: The architect,  Andrew J Bryan, designed the courthouses in Alabama in Coffee County, Lee County and Monroe County; in Georgia in Colquitt County, Pulaski County and Stewart County; in Kentucky in Calloway County and Mercer County; in Louisiana in Pointe Coupee Parish;  in Mississippi in Attala County and Simpson County; and in Texas in Rains County. 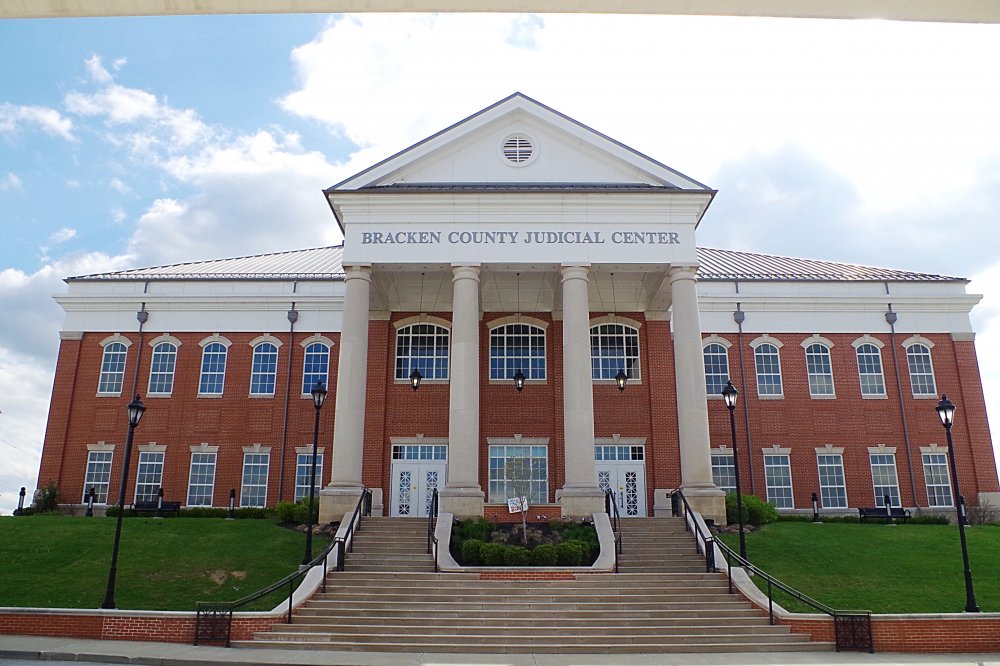 Description:  The building faces northeast and is a two story red colored brick and concrete structure. The building is located on landscaped grounds in the center of Brooksville to the northwest of the courthouse. The northeast front has a large portico with four white columns rising to a pediment at the roof line. The green colored roof is hipped with gable ends on three sides. The building houses the County Circuit Court and County District Court of the 19th Judicial District. 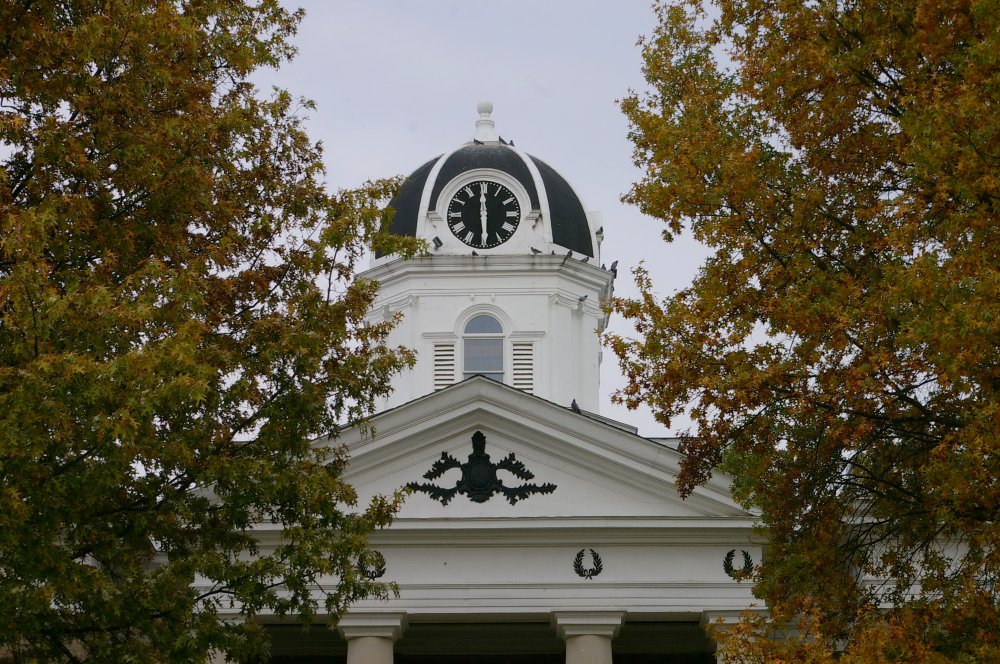 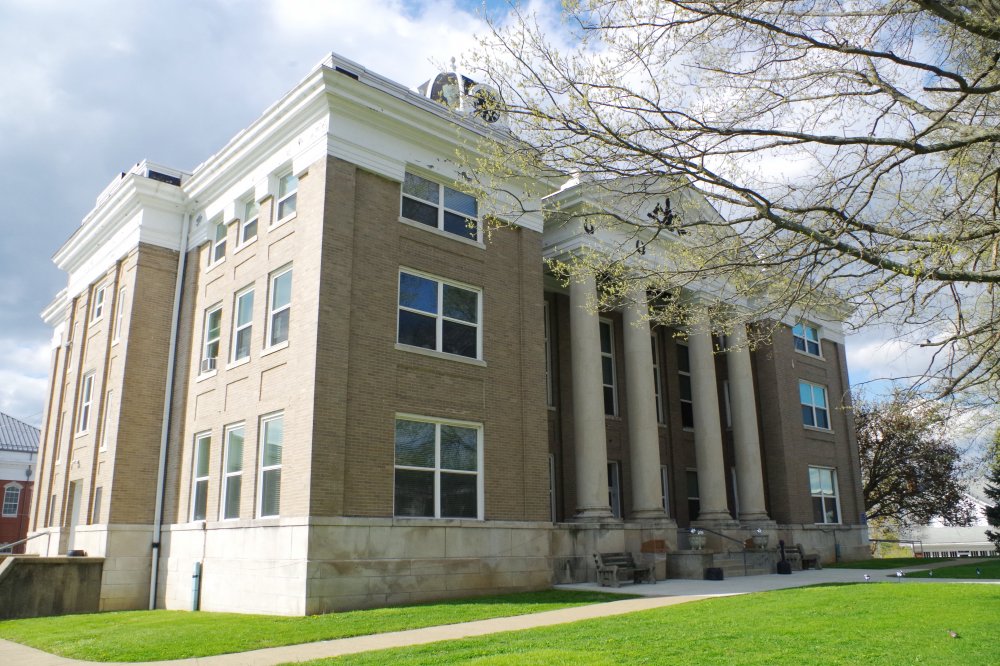 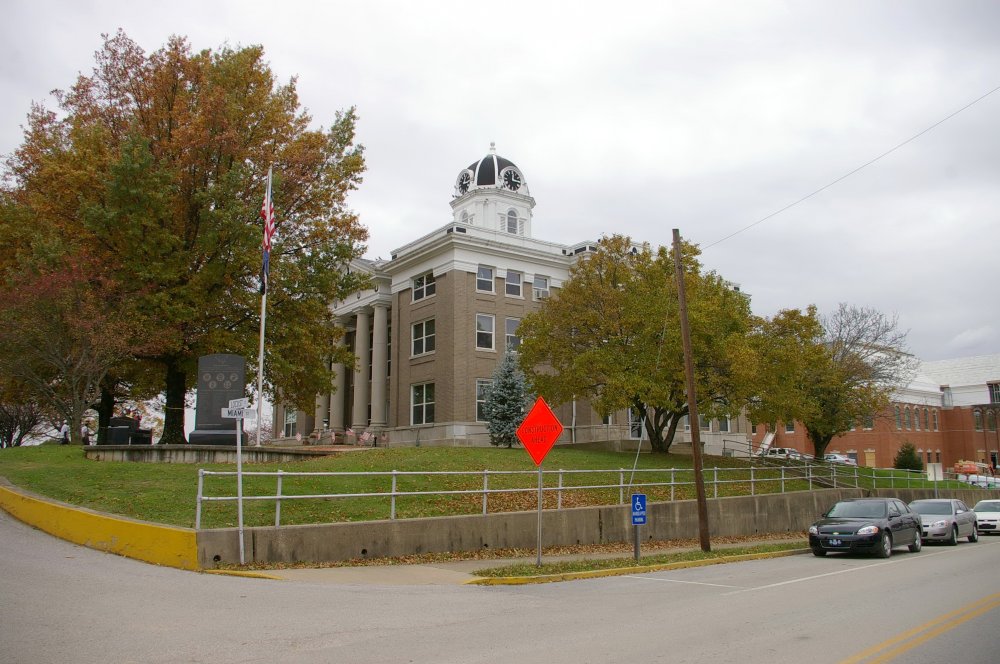 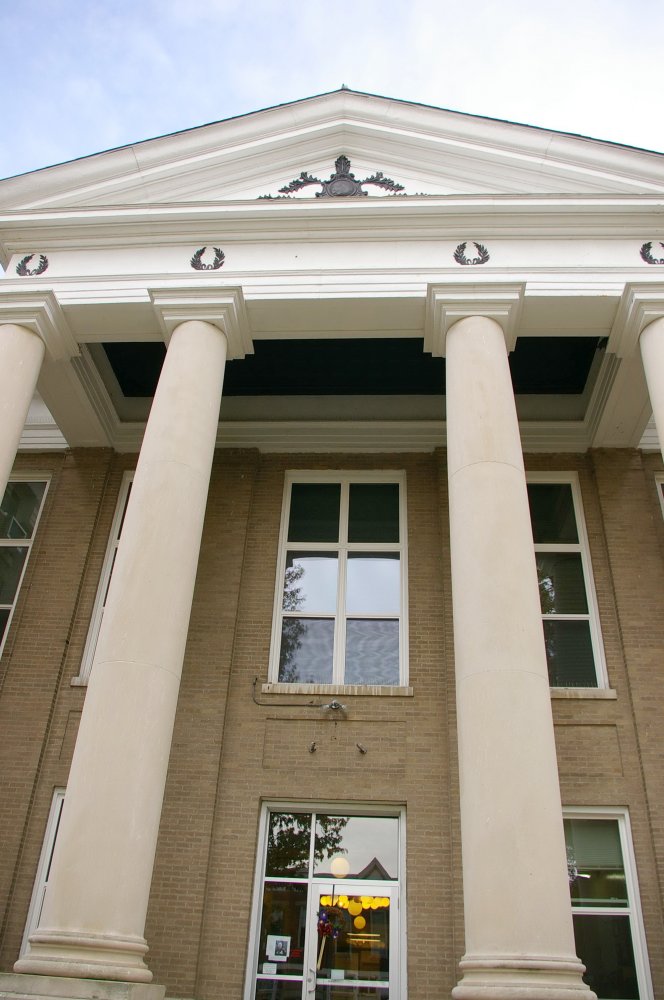 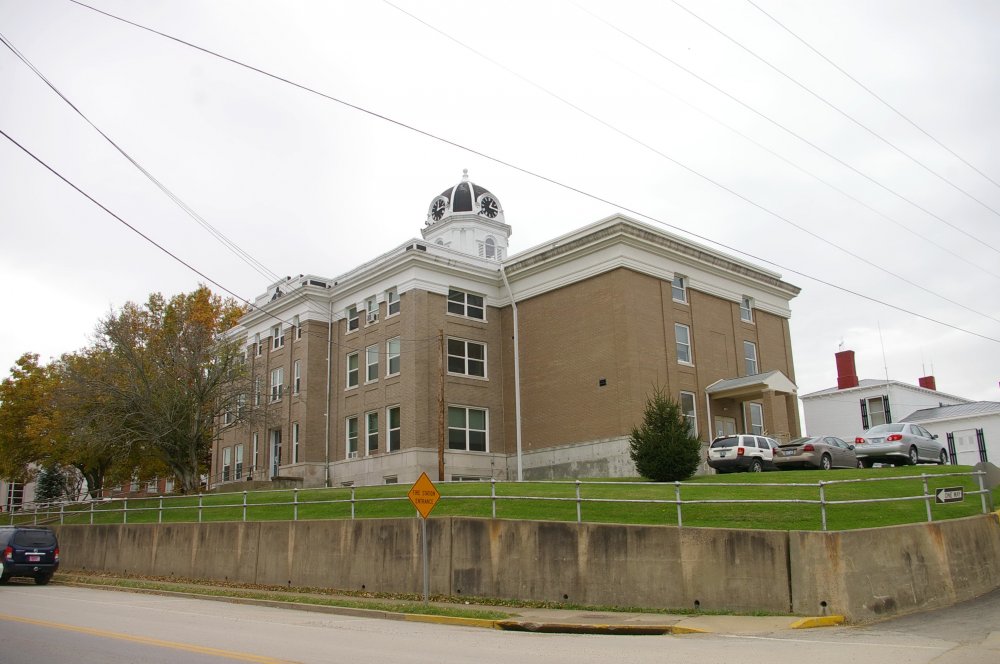 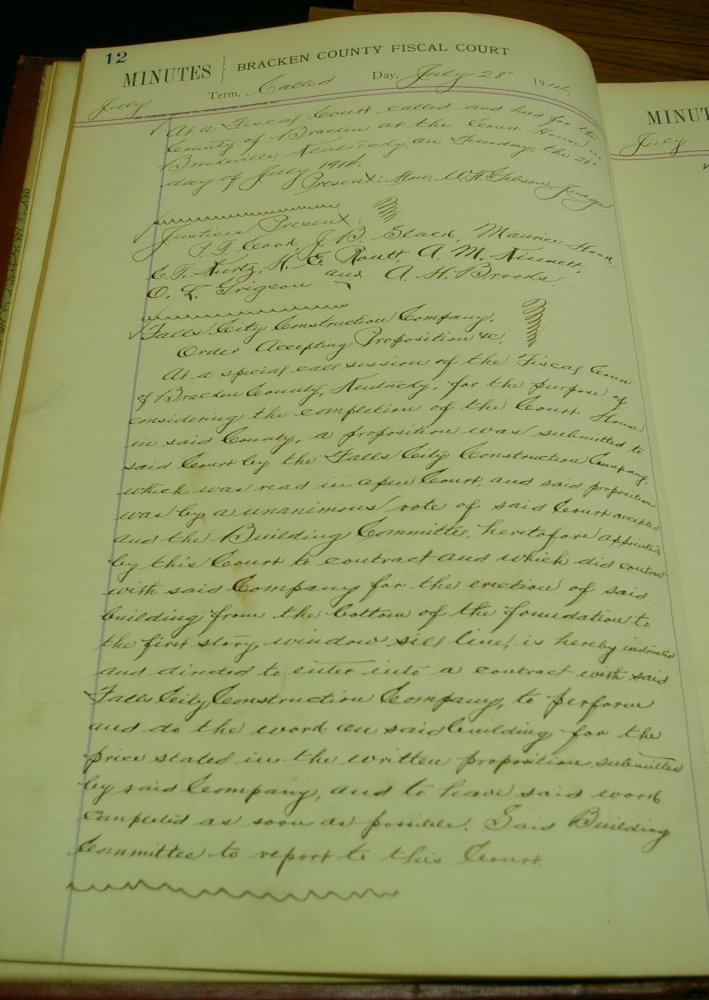 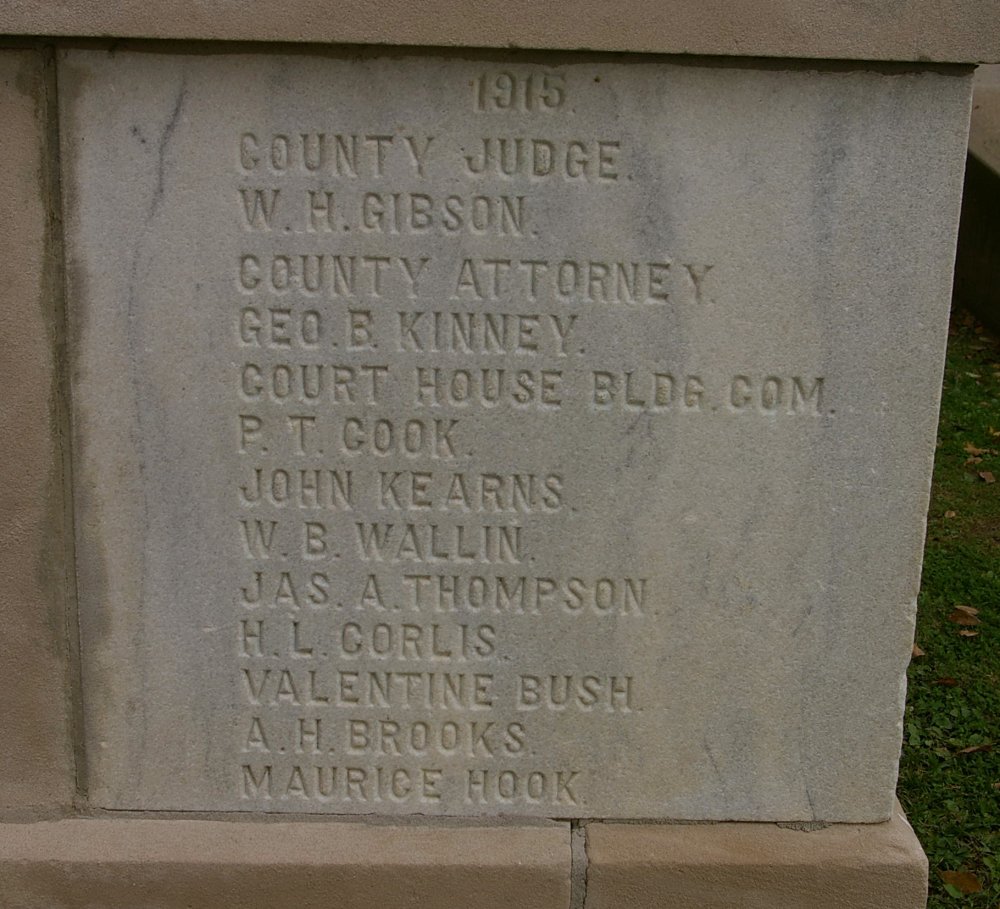