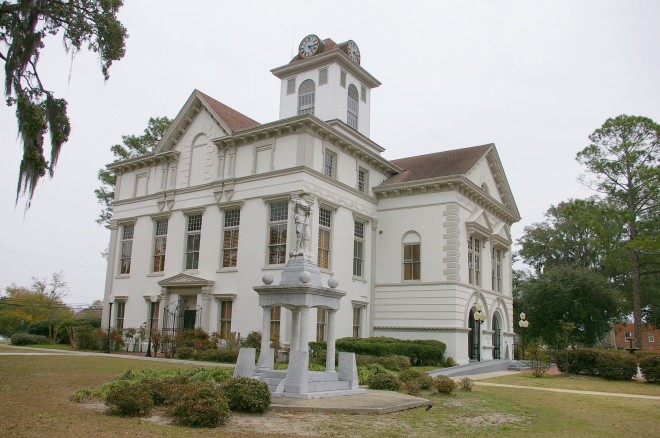 Brooks County is named for Preston Smith Brooks, who was a United States congressman from South Carolina.

Description:  The building faces south and is a three story stone structure. The building is located on spacious landscaped grounds in the center of Quitman. The south front has a projecting section with two arches on the first story with recessed entrance. On the center of the roof is a square clock tower. The roof is sloped. The courtroom is located on the second story. The building was extensively remodeled in 1892. The architect was Bruce & Morgan and the contractor was James Smith. The building was remodeled in 1967 to 1968. Further remodeling was completed in 2003. The architect was Jim Jamison of Quoin Design Group and the contractor was Hutchinson Construction Inc. 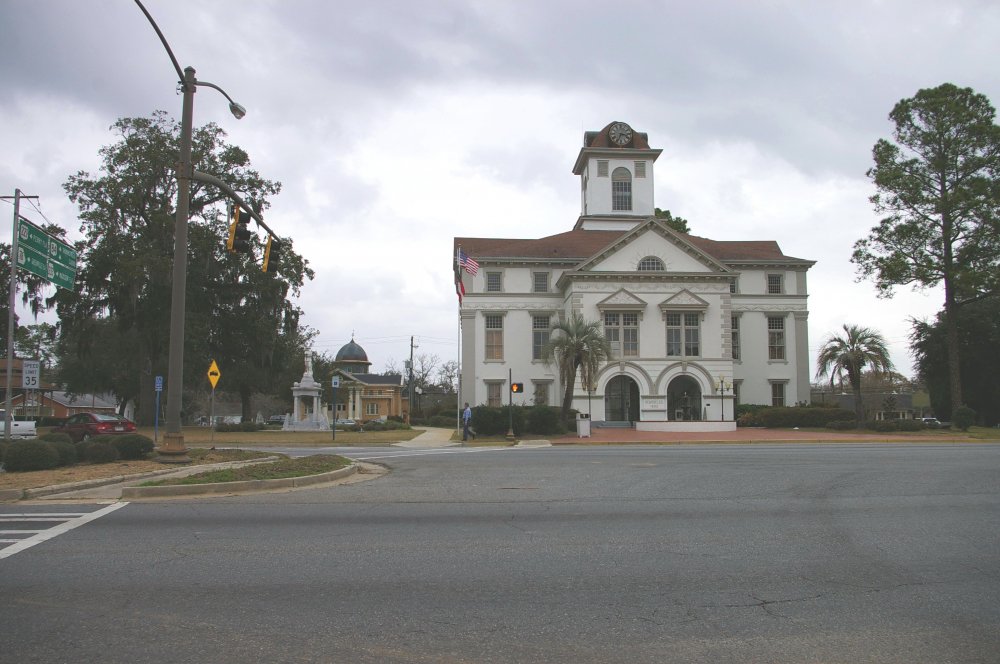 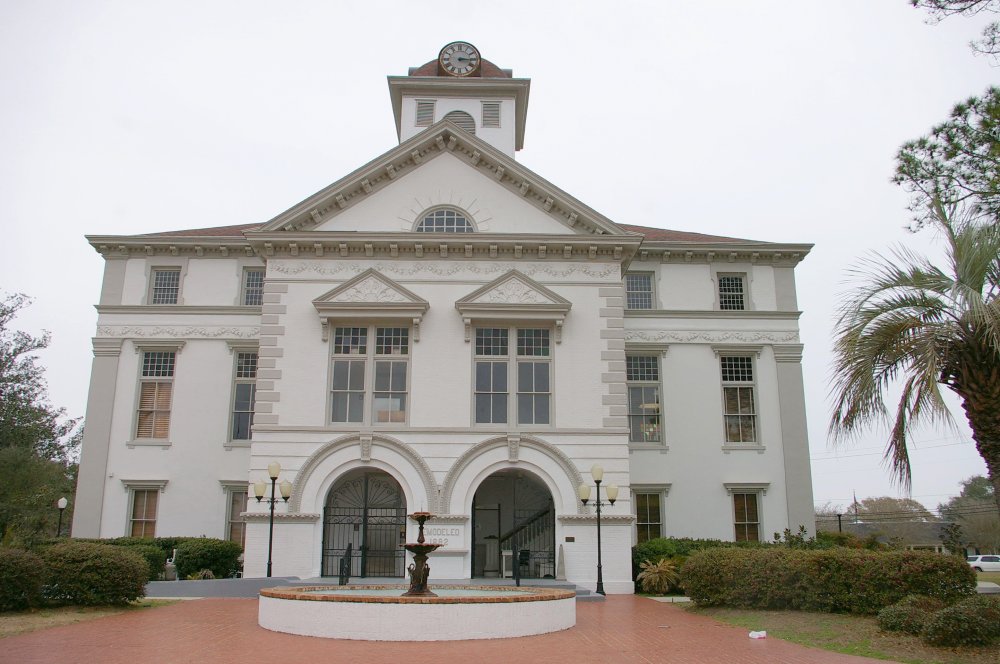 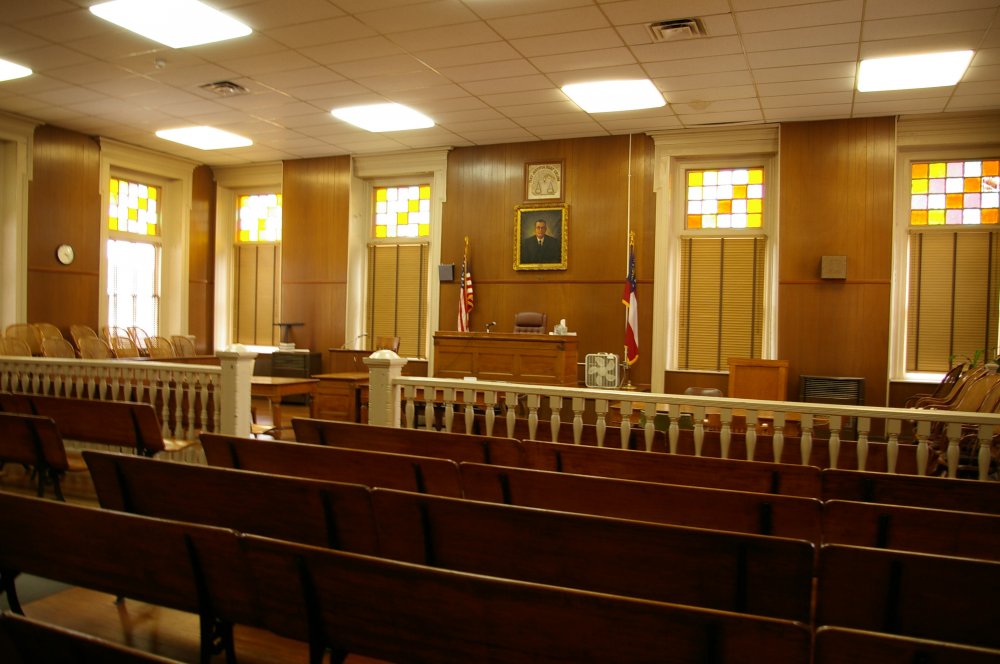 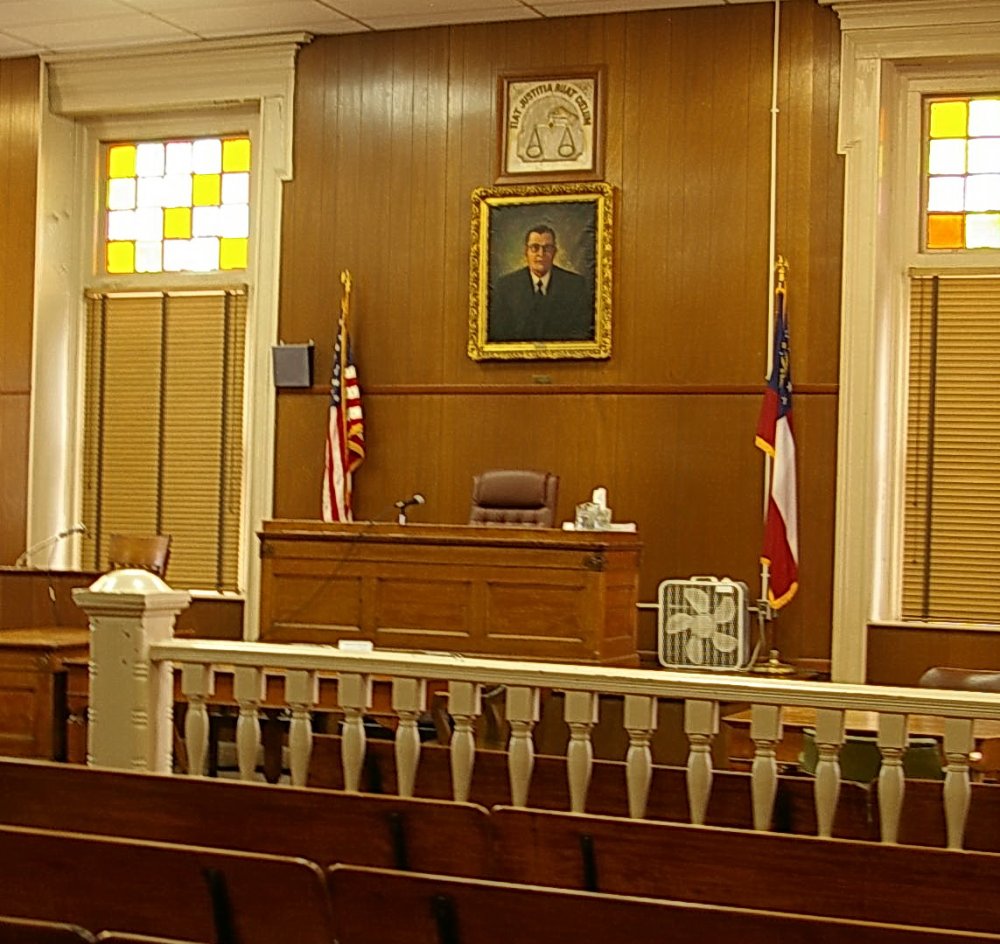 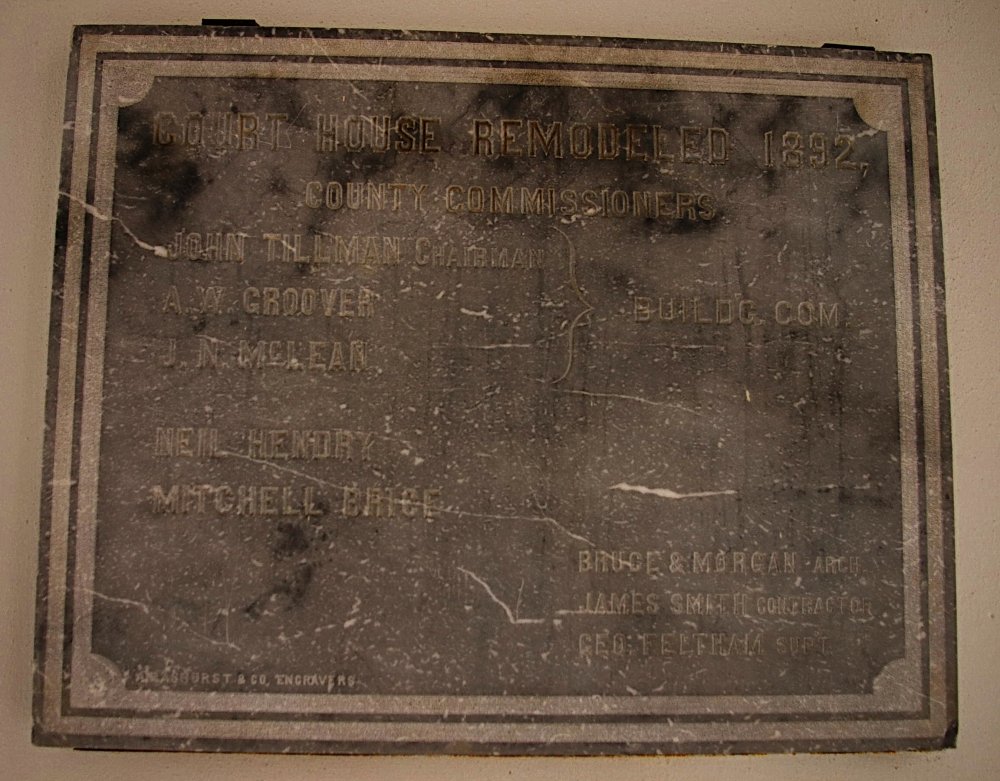 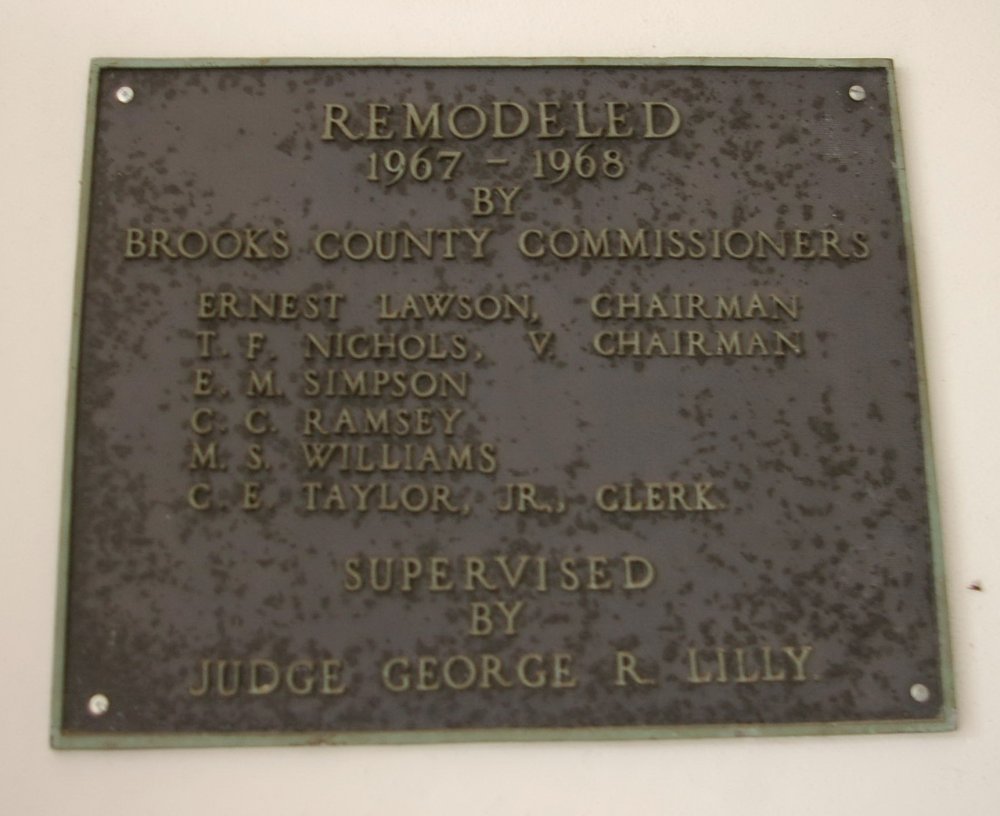 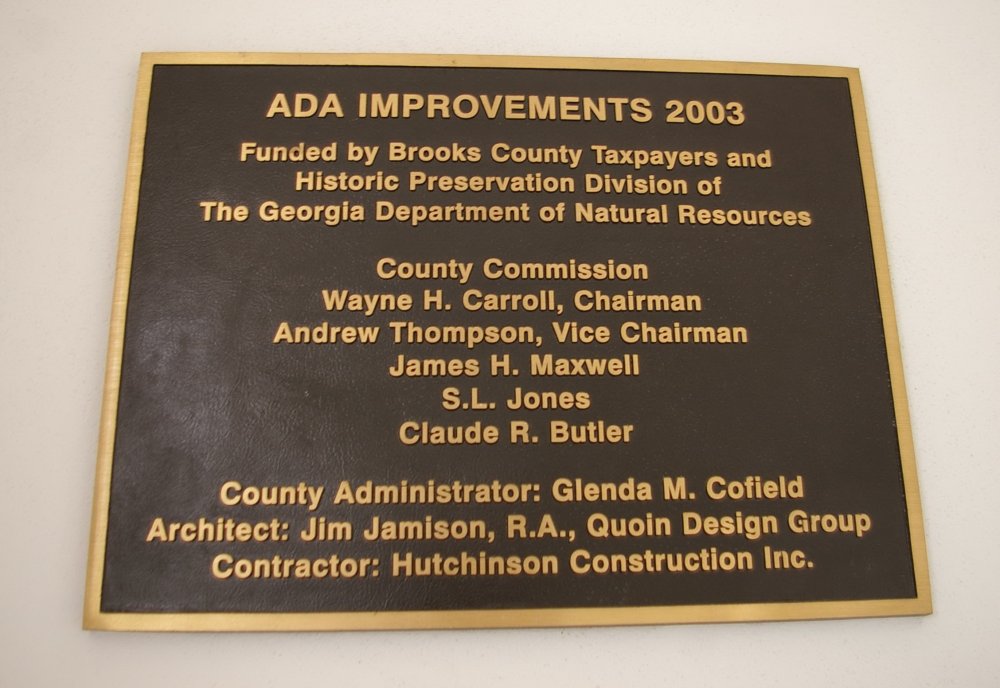 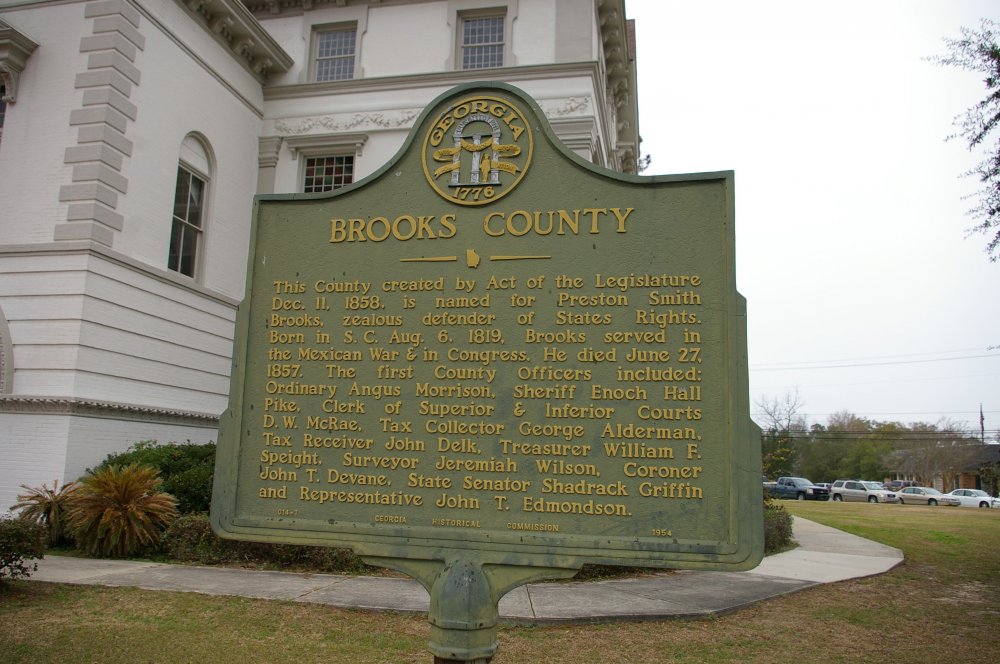