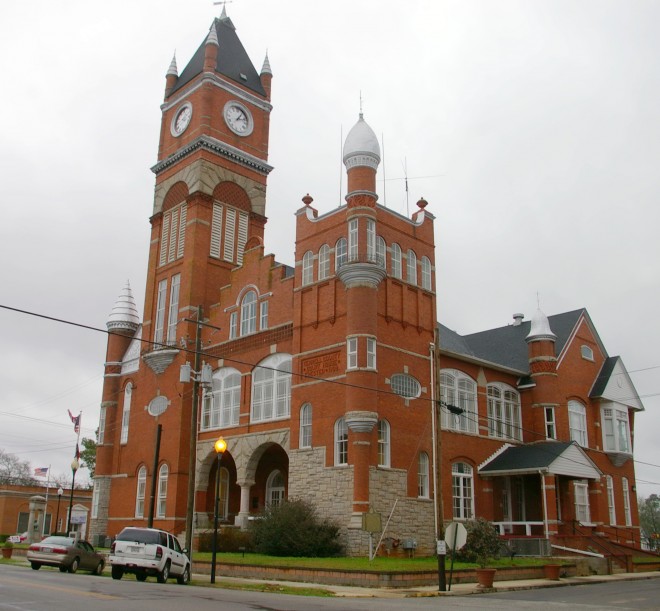 Terrell County is named for William Terrell, who was a planter, Congressman, state legislator from Sparta.

Description:  The building faces north and is a three story red colored brick and stone structure. The building is located on landscaped grounds in the center of Dawson. The north front has two large granite stone arches in the center with recessed porch and entrance. On the east side is a five story square red colored brick clock tower with clock, turrets and steep roof. Further east is a tall narrow round tower with silver colored conical roof. On the west side is a large square red colored brick tower rising four stories with a tall narrow tower on the northwest corner. On the first story is rough granite stone facing. The roof is hipped. The building was renovated in 2009. The architect was Robert W Brown and the contractor was Warden James W McClung.

History:  The first courthouse was built in Dawson in 1857. The second and present courthouse was constructed using Georgia clay for the bricks and Georgia granite. The cost of construction was $36,832. 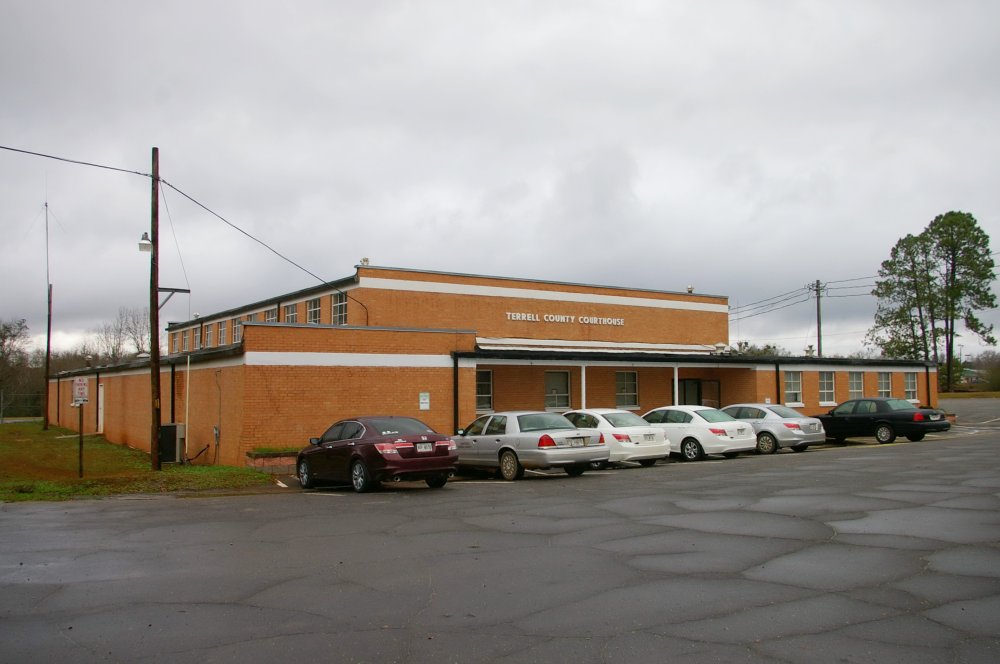 Description:  The building faces east and is a two story buff colored brick structure.  The building has a flat roof line and was the old National Guard Armory. The building houses the county offices. 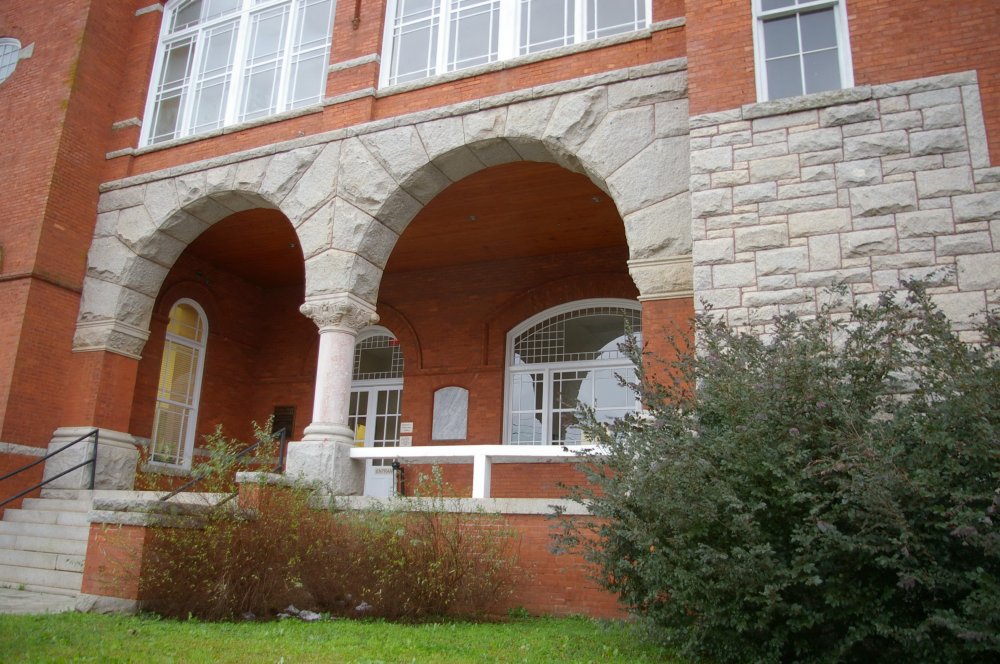 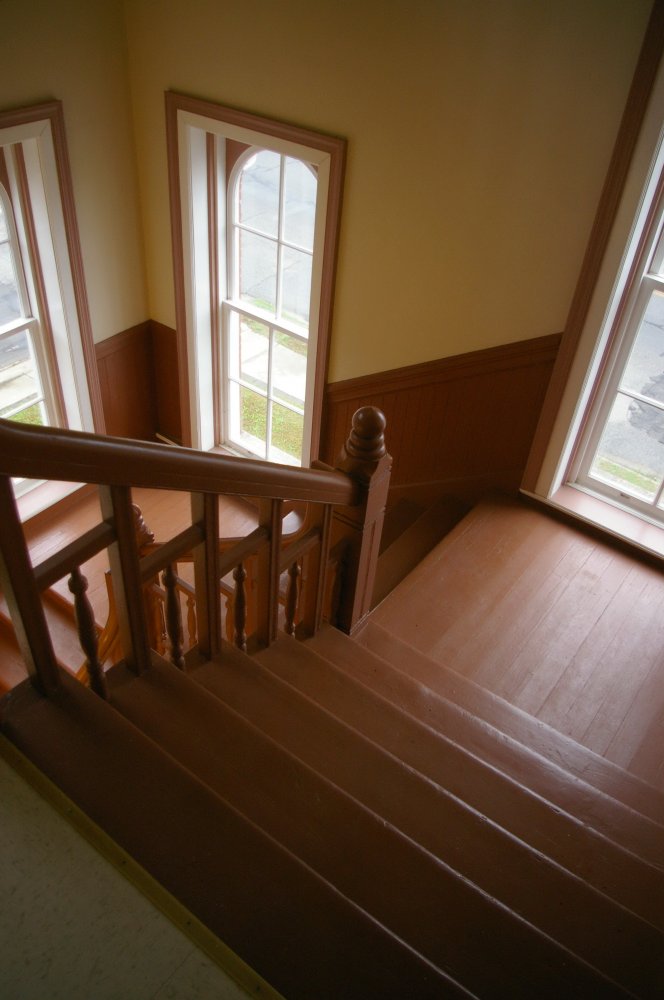