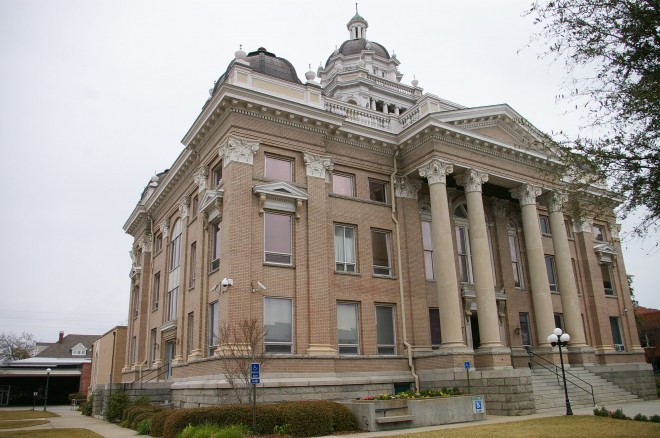 Description:  The building faces south and is a three story buff colored brick and concrete structure. The building is located on landscaped grounds in the center of Valdosta. The south front has a large portico supported by four large columns rising to a pediment at the roof line. There is a balustrade around the roof. On each corner are small domes. In the center of the roof is a large octagonal dome with a higher octagonal dome and topped by a small cupola. An addition was designed by architect Joe E Bright and constructed in 1962. The addition was later demolished. The building was remodeled in 1992. 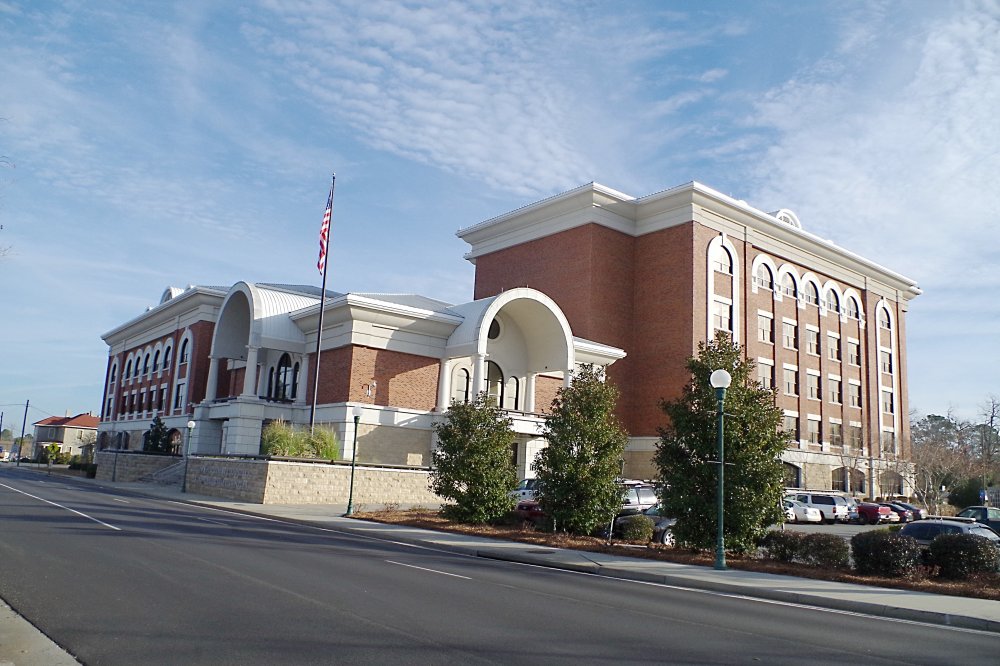 Description:  The building faces south and is a five story red colored brick and concrete structure. The building is located on landscaped grounds in the center of Valdosta to the north of the courthouse and has a one story section on the southwest with curved canopy at the central entrance on the south and on the west sides. On the north side is a three story section which houses the administration and on the east side is a five story section which houses the courts. The building is named as the Lowndes County Judicial and Administrative Complex. 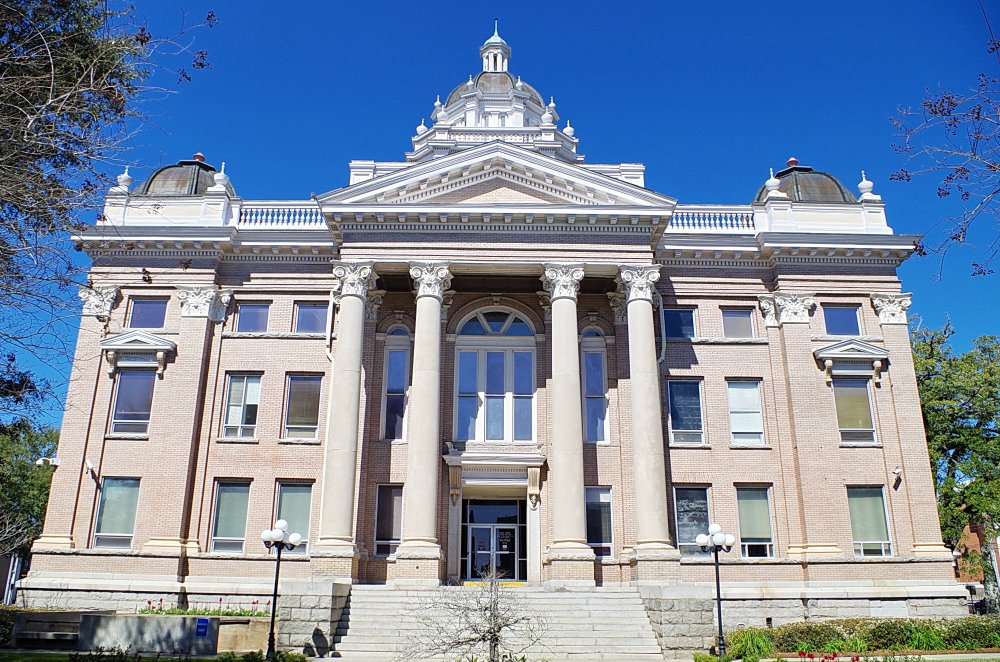 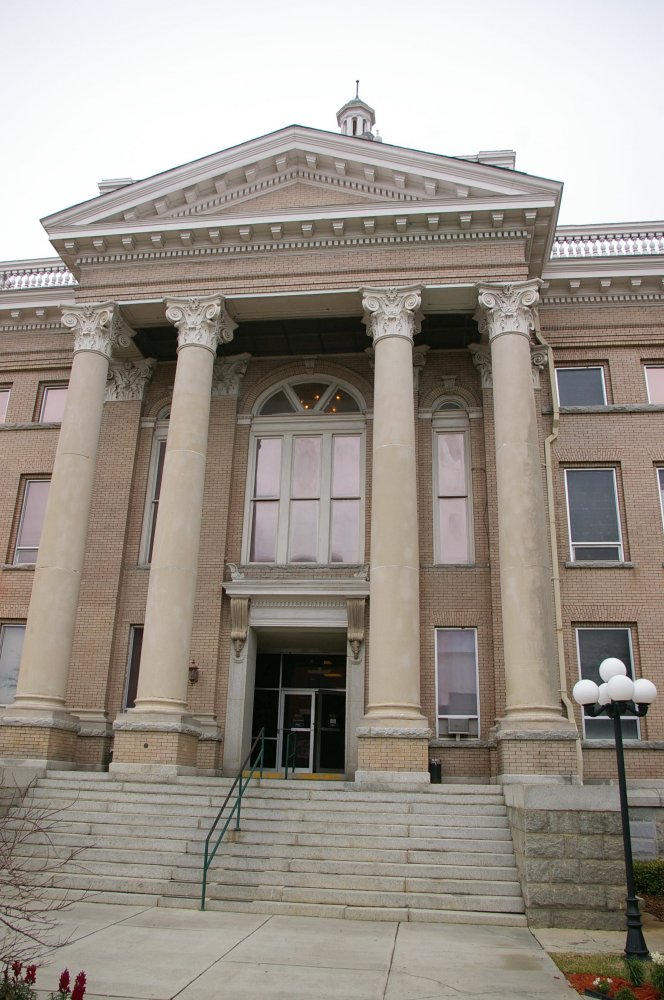 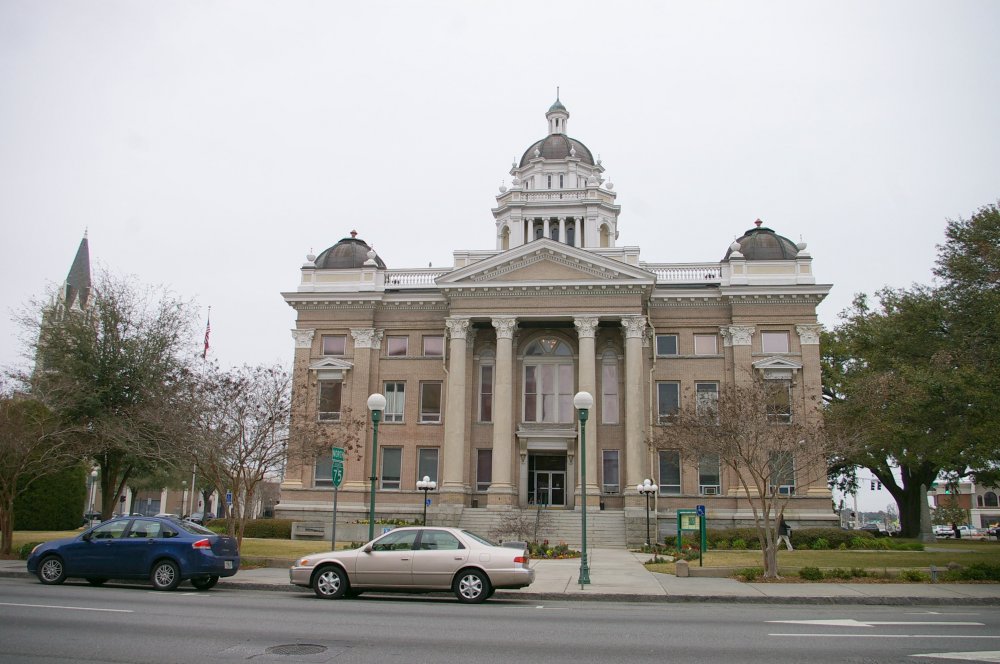 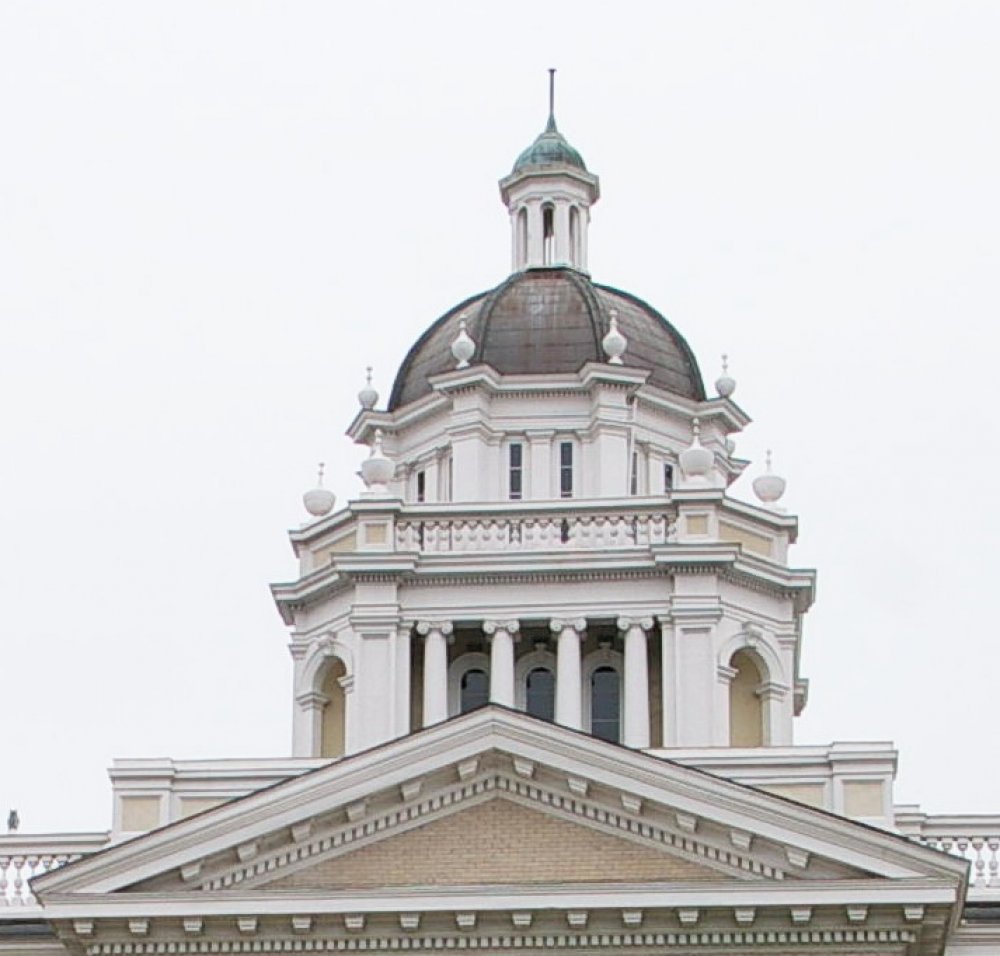 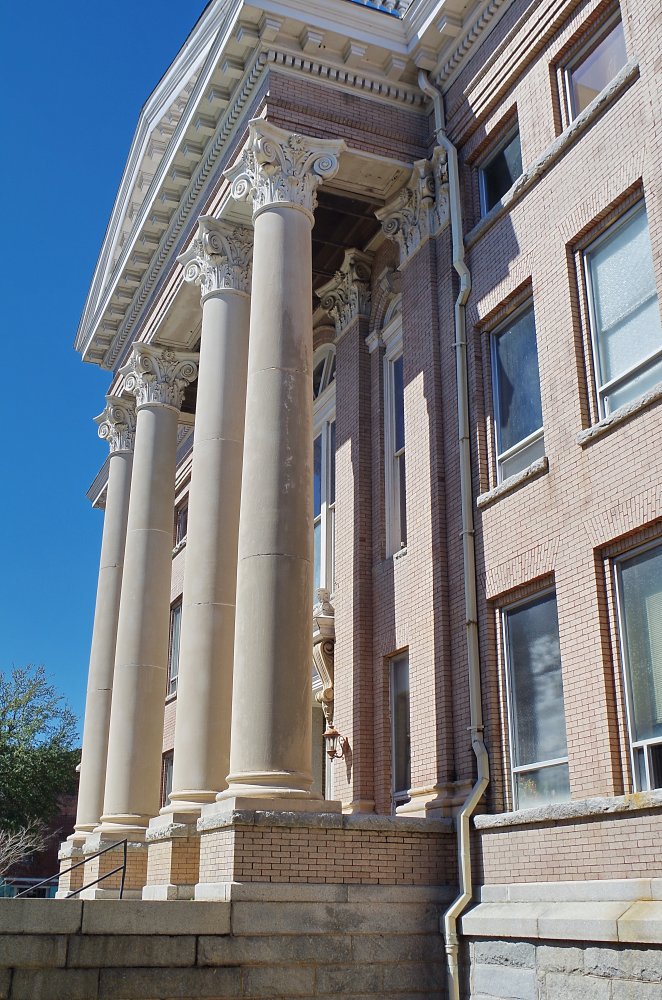 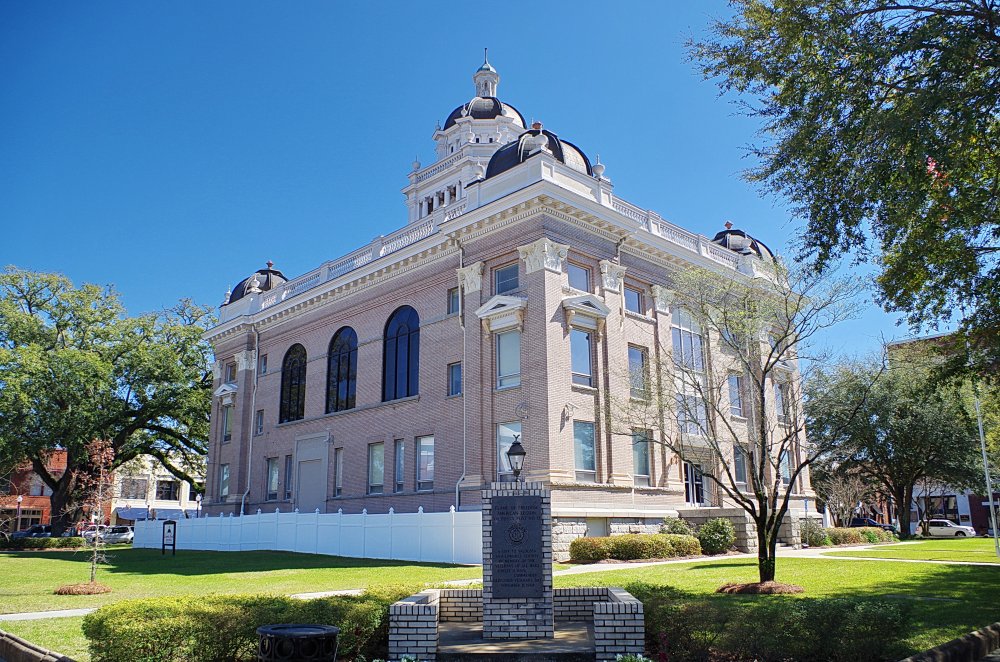 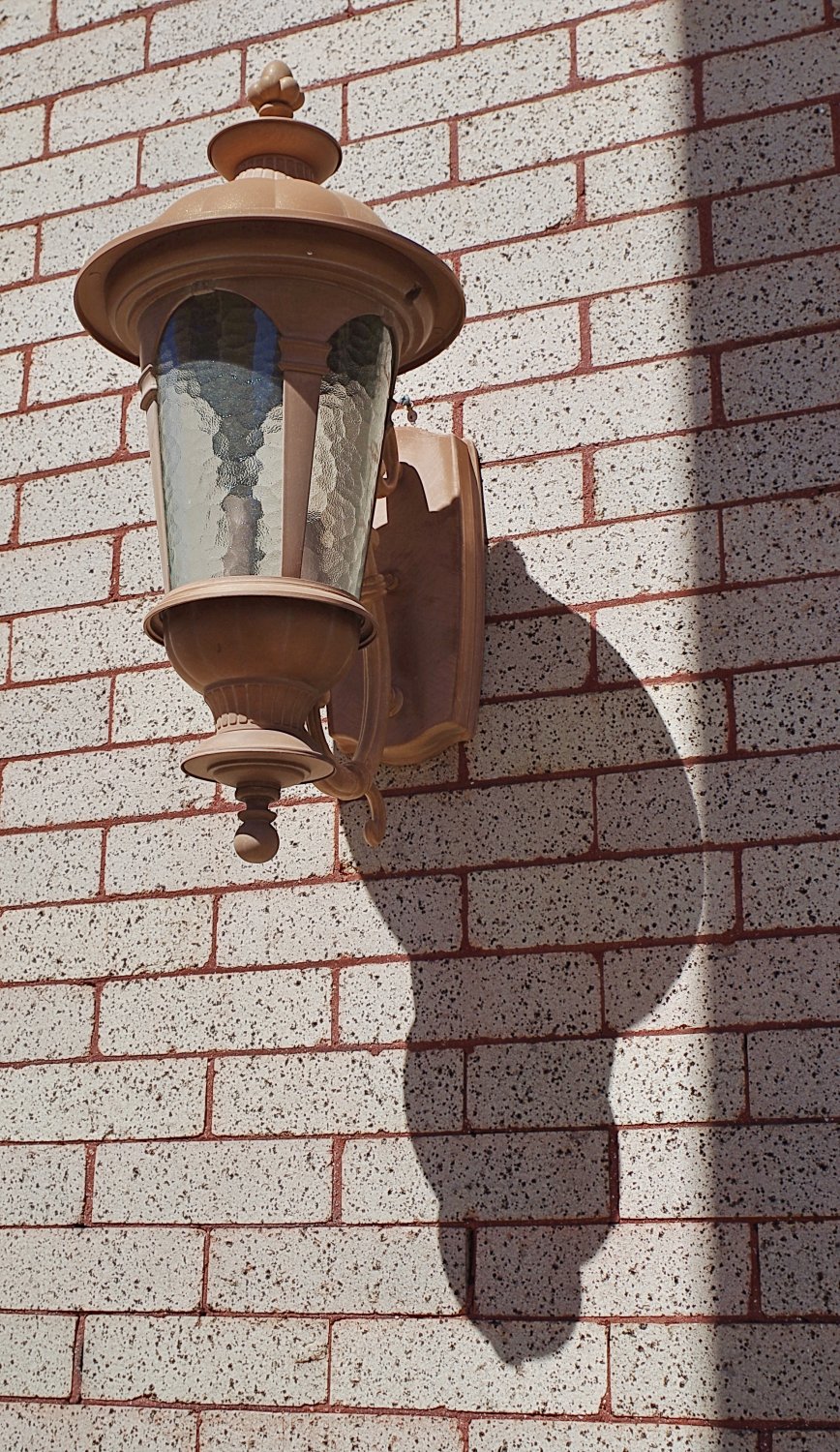 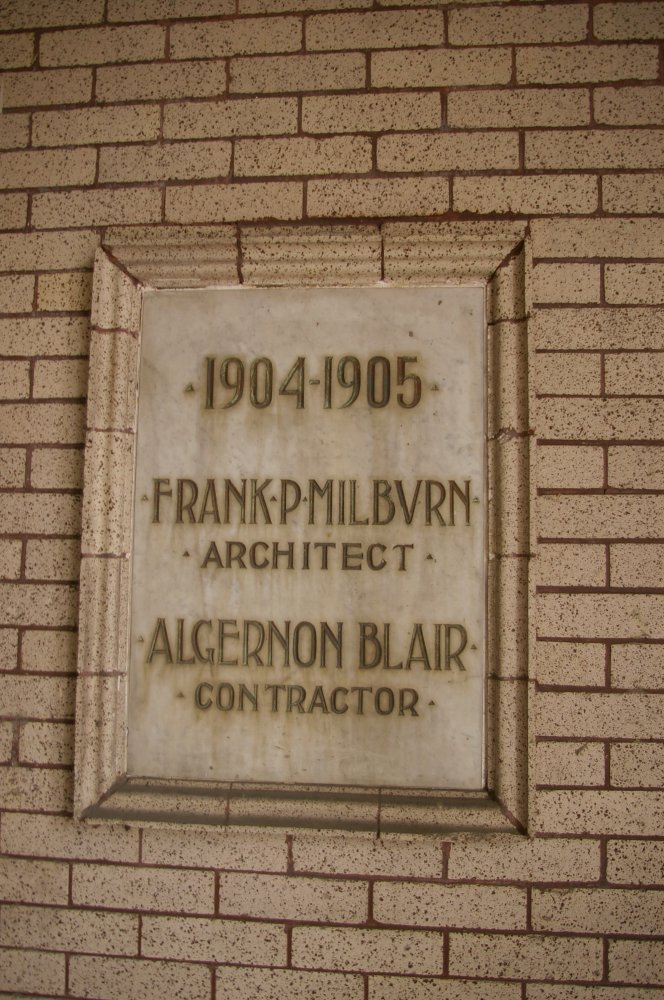 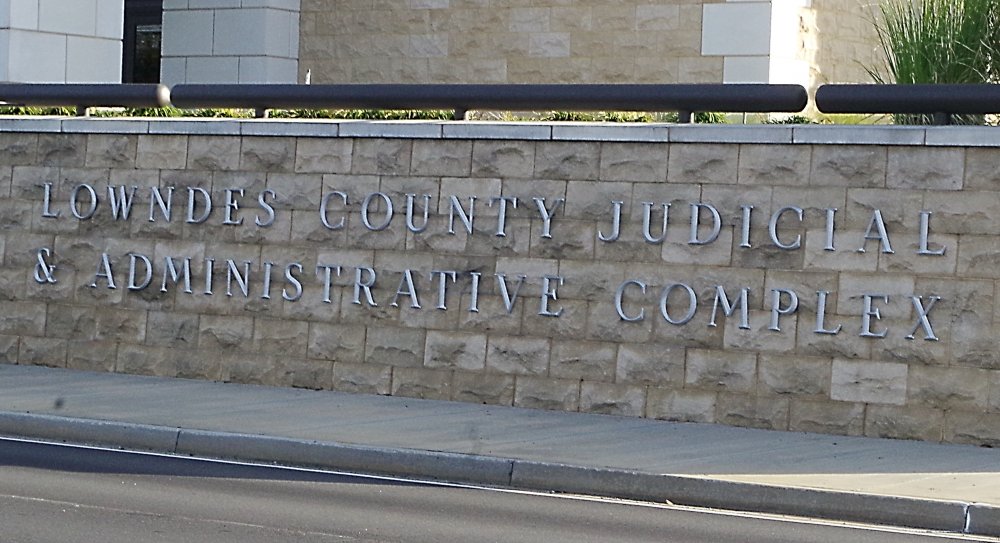 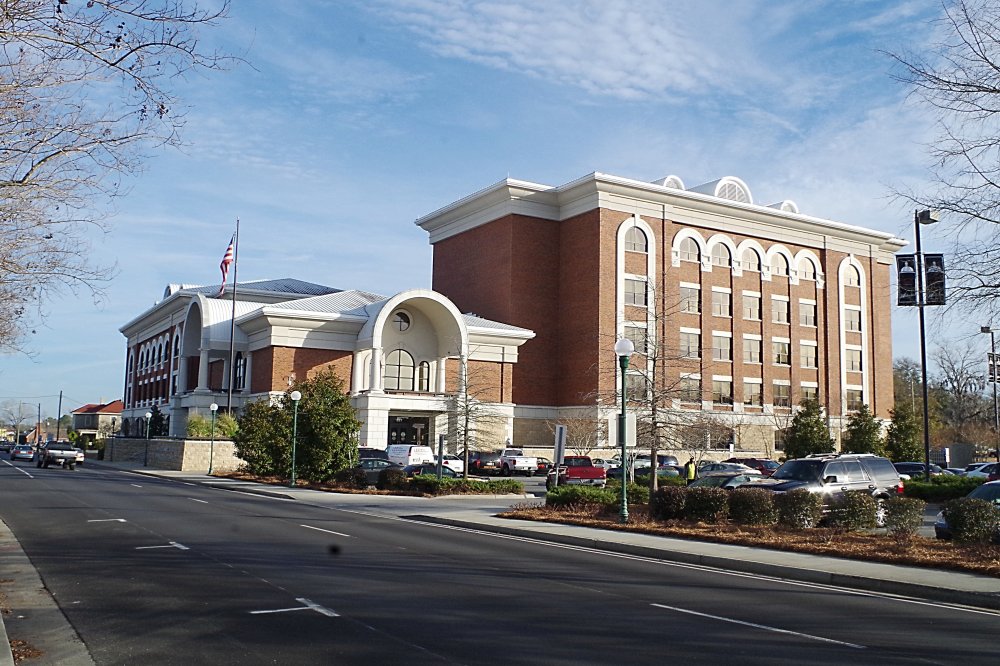 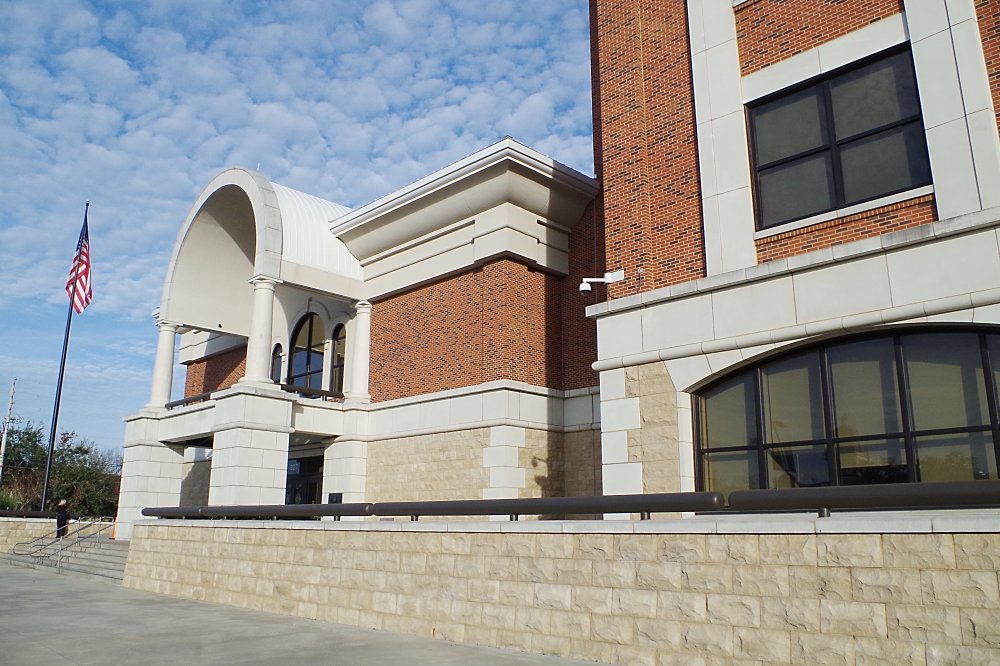 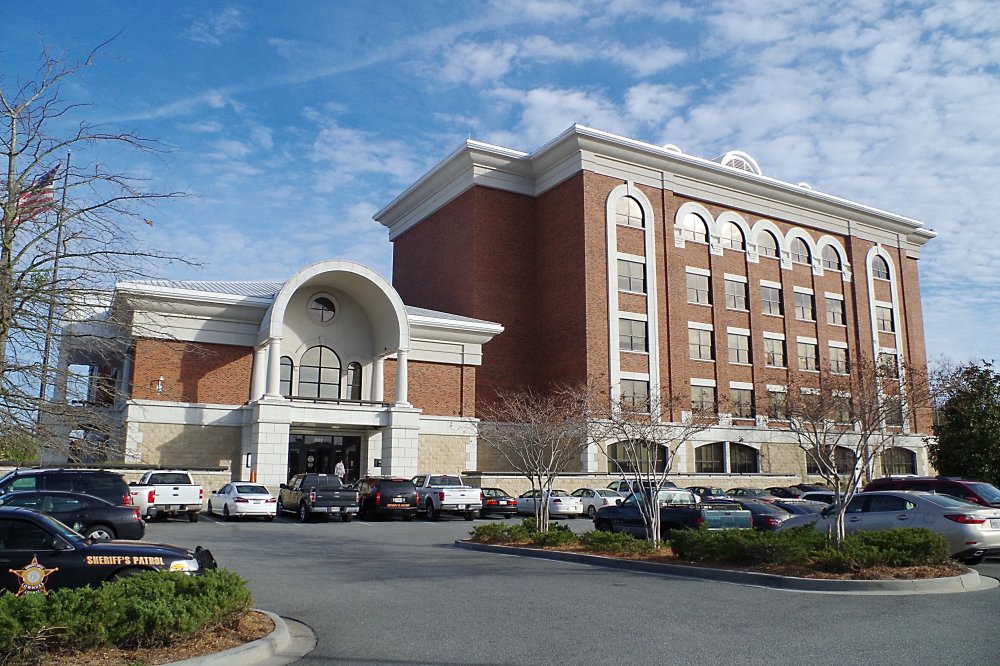 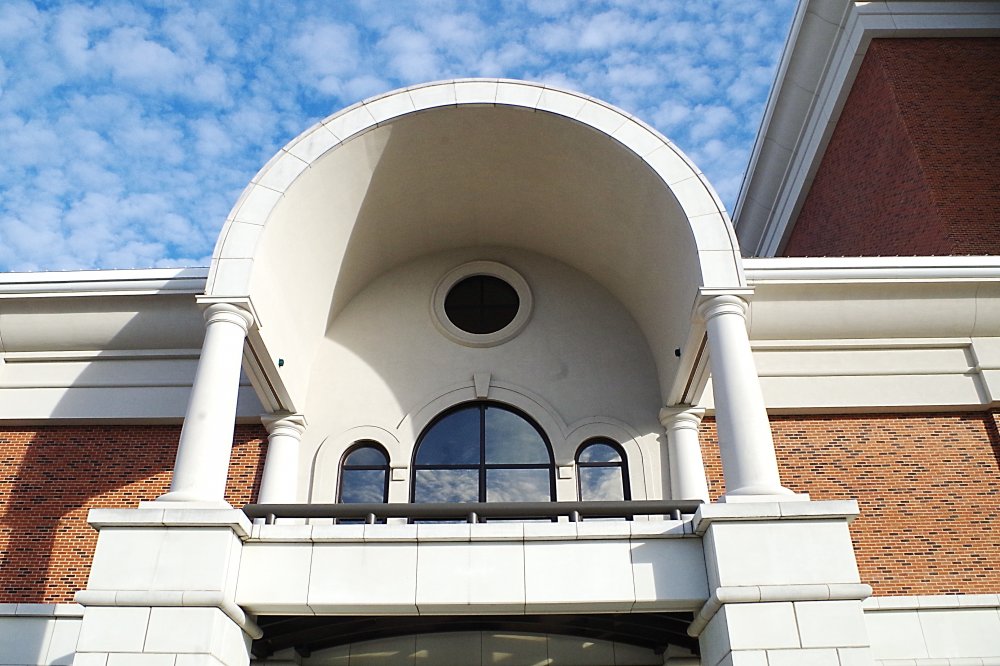 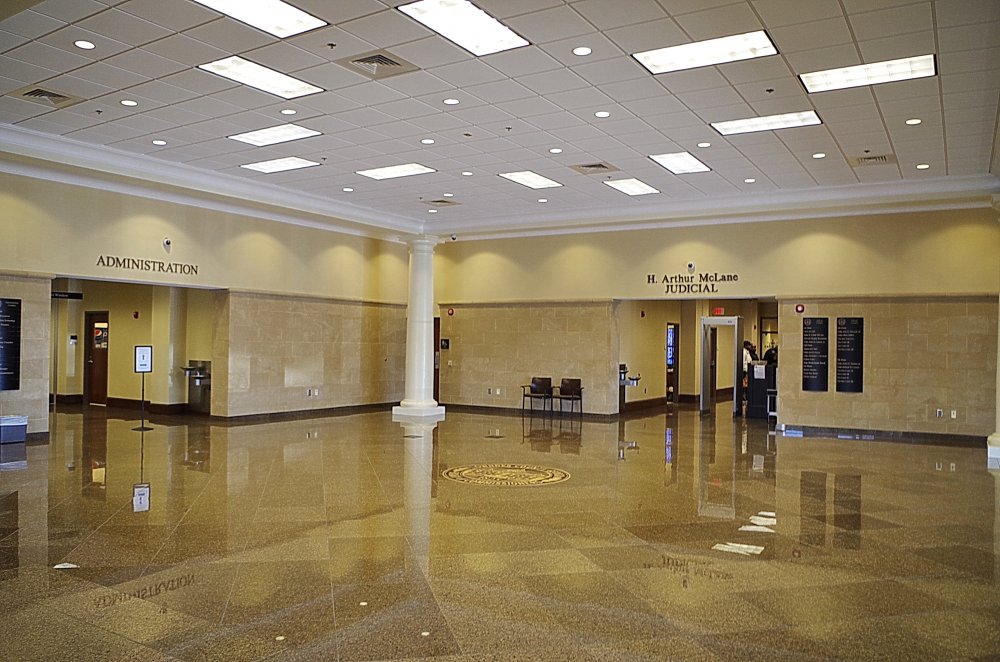 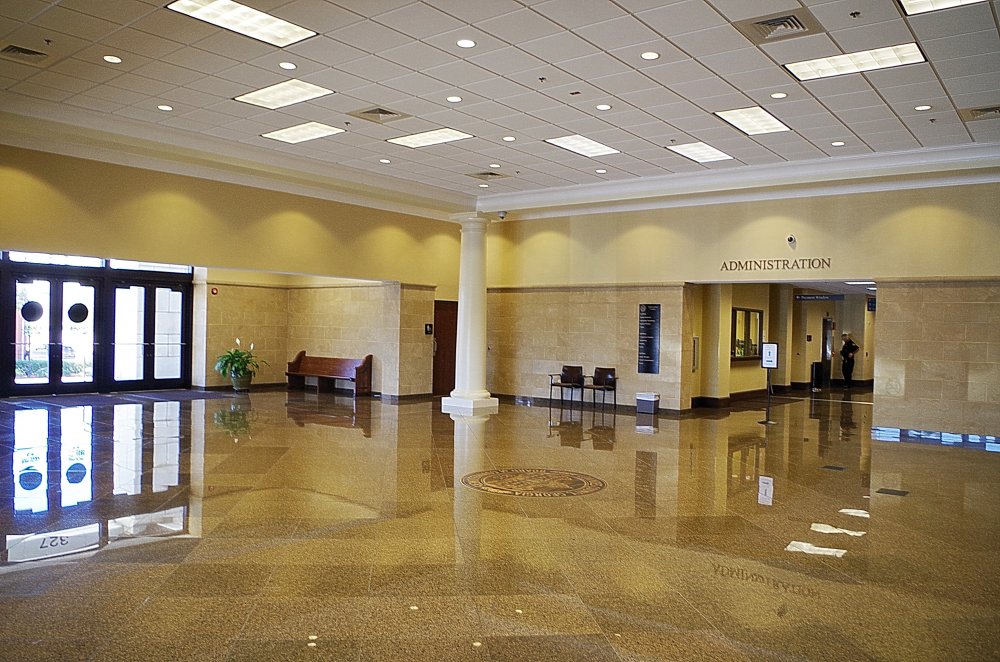 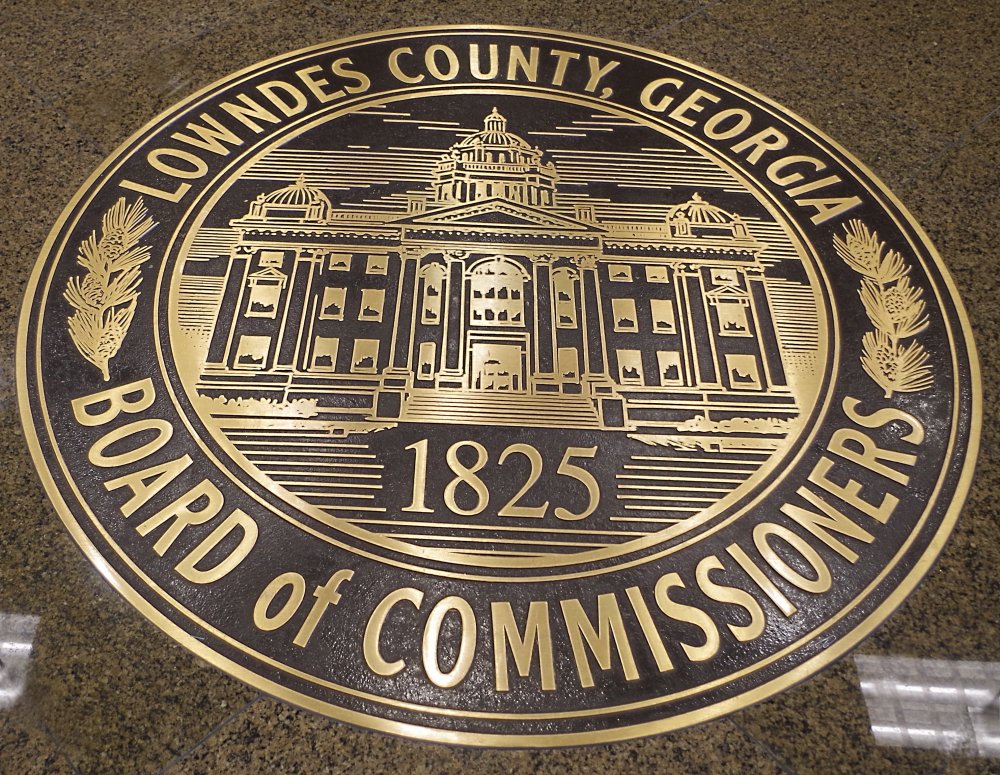 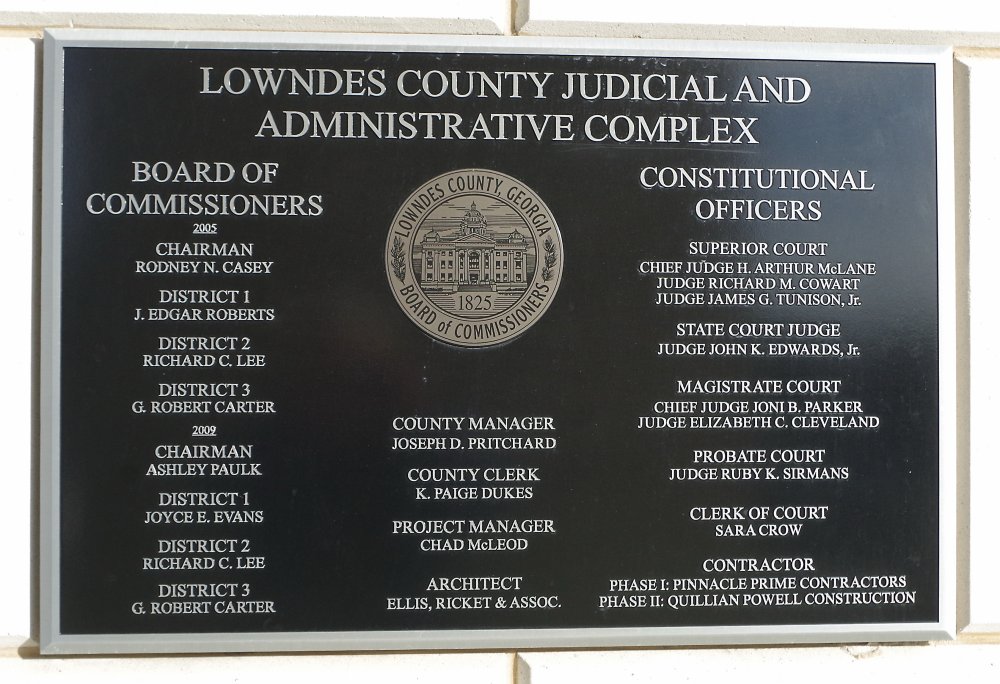