Decatur County is named for Stephen Decatur, who was served in the Barbary war and War of 1812 as a naval officer.

Description:  The building faces east and is a two story dark red colored brick and concrete structure. The building is located on landscaped grounds in the center of Bainbridge. The east front has a large portico supported by four large white colored columns rising to a pediment at the roof line. On the second story are large arched windows and the center window has a balcony. On the southeast corner of the building is a four story square brick clock tower with open cupola at the top. The south side of the building has two large arches on the first story and a large square tower on the southwest corner with balustrade around the top. The courtroom is located on the second story and has the original louvered blinds, the old pressed metal ceiling, beaded board wainscoting and old wooden bench.  The building was renovated in 1978 and 1979.. To the west is the two story red colored brick Courthouse Annex. 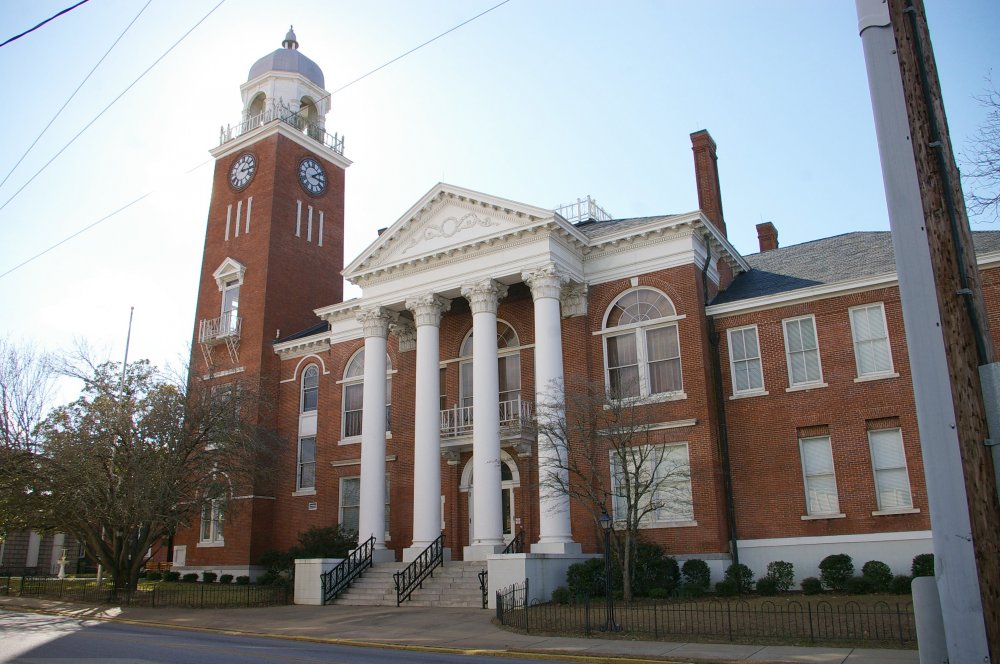 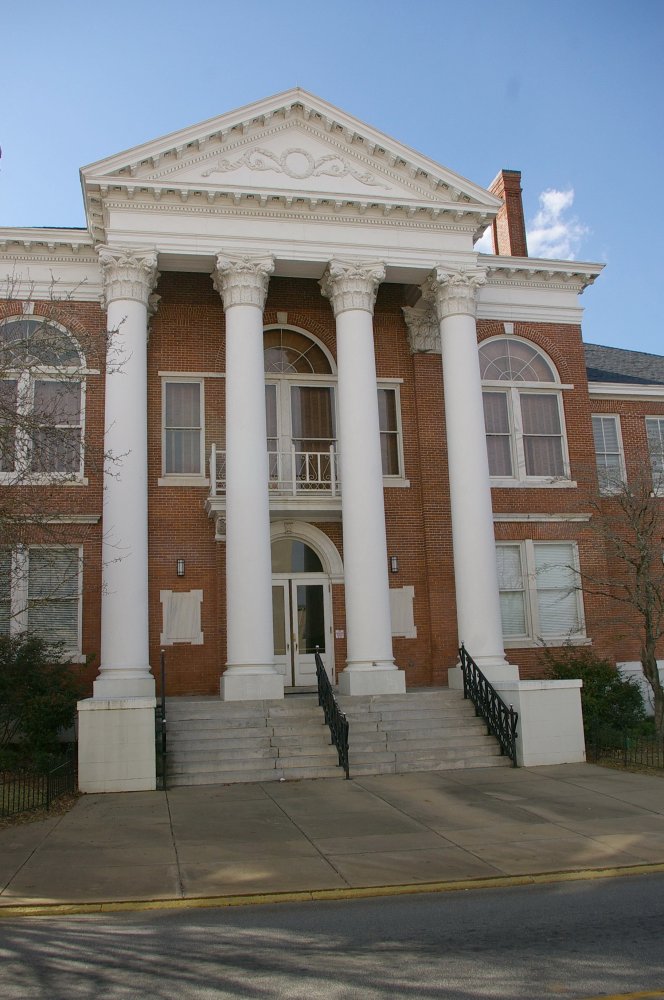 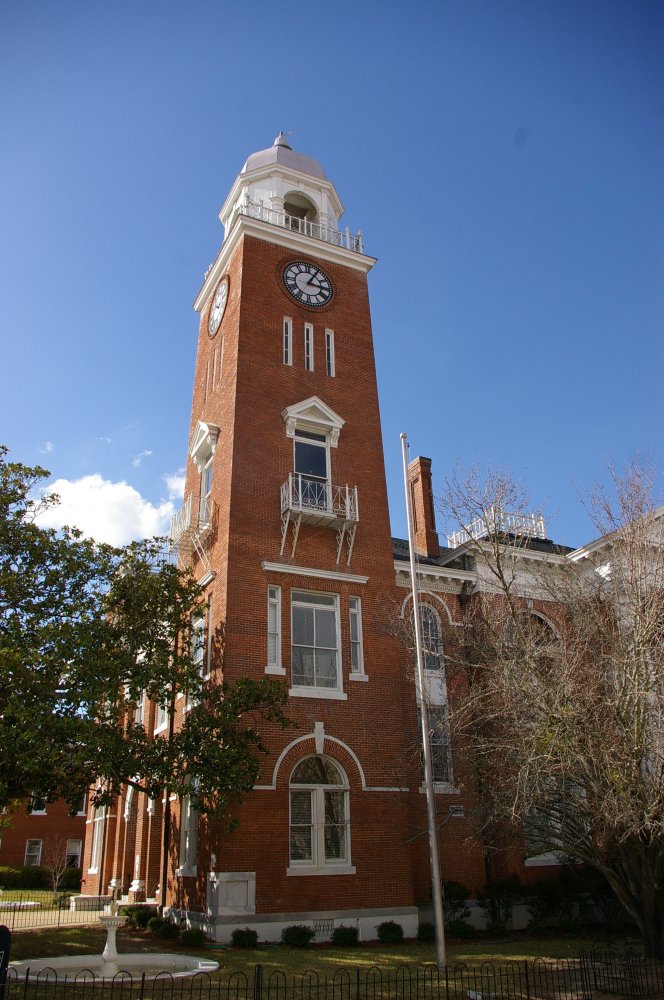 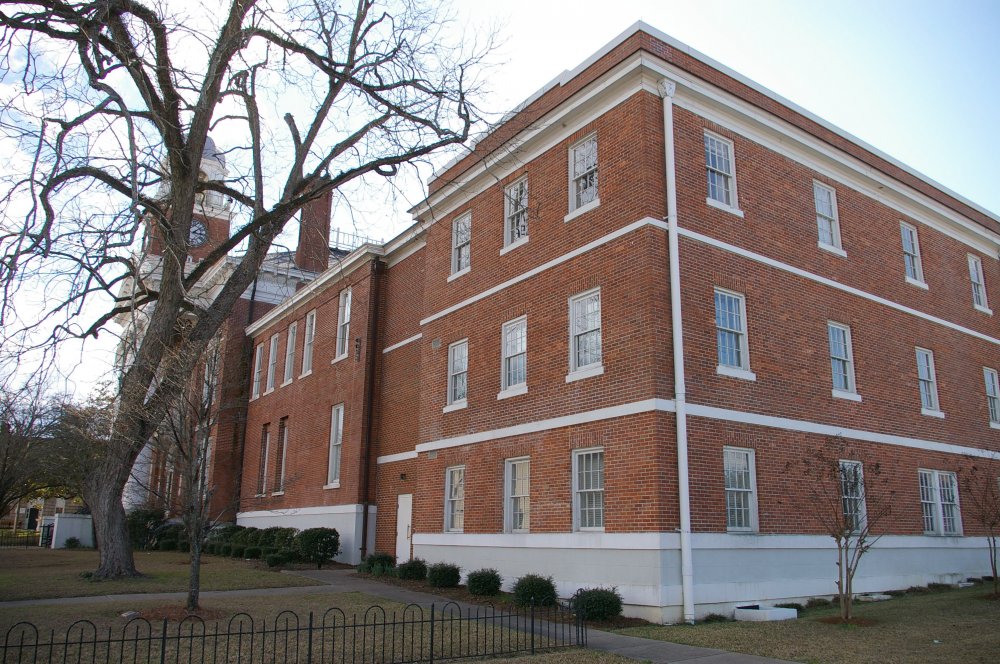 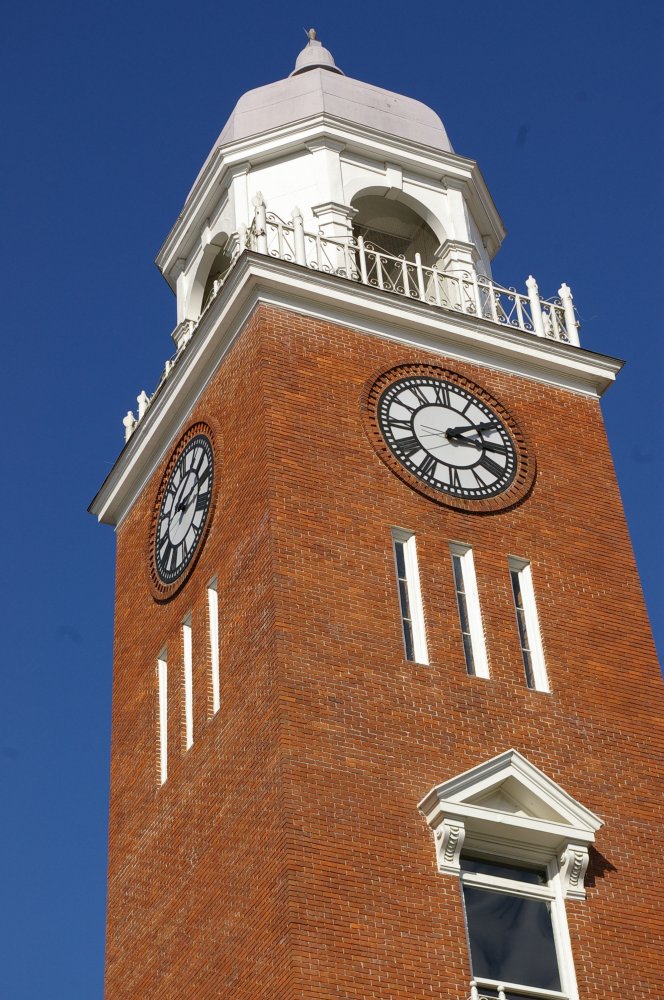 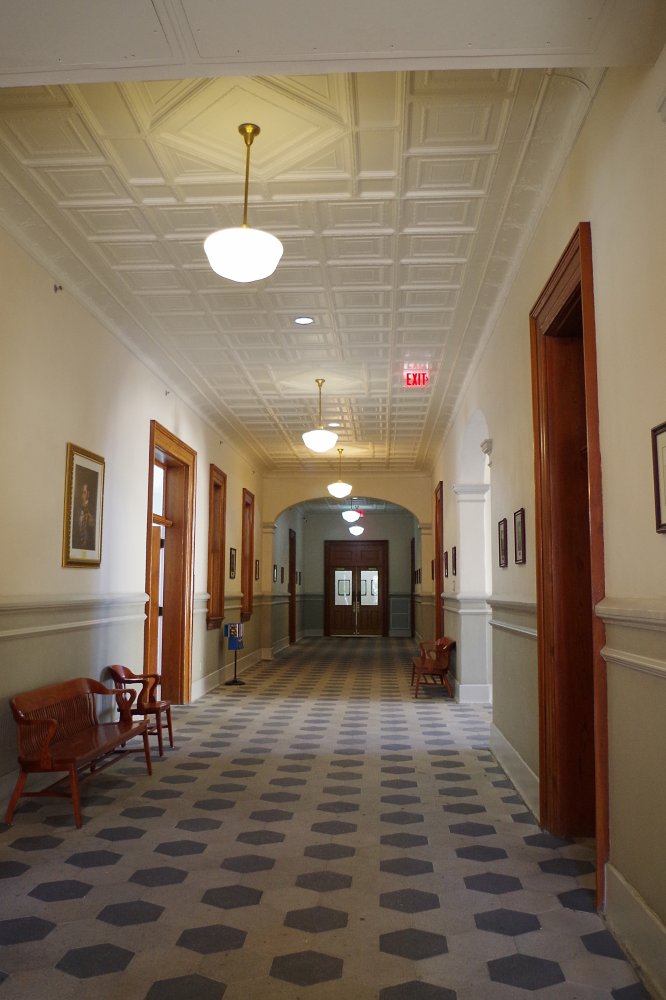 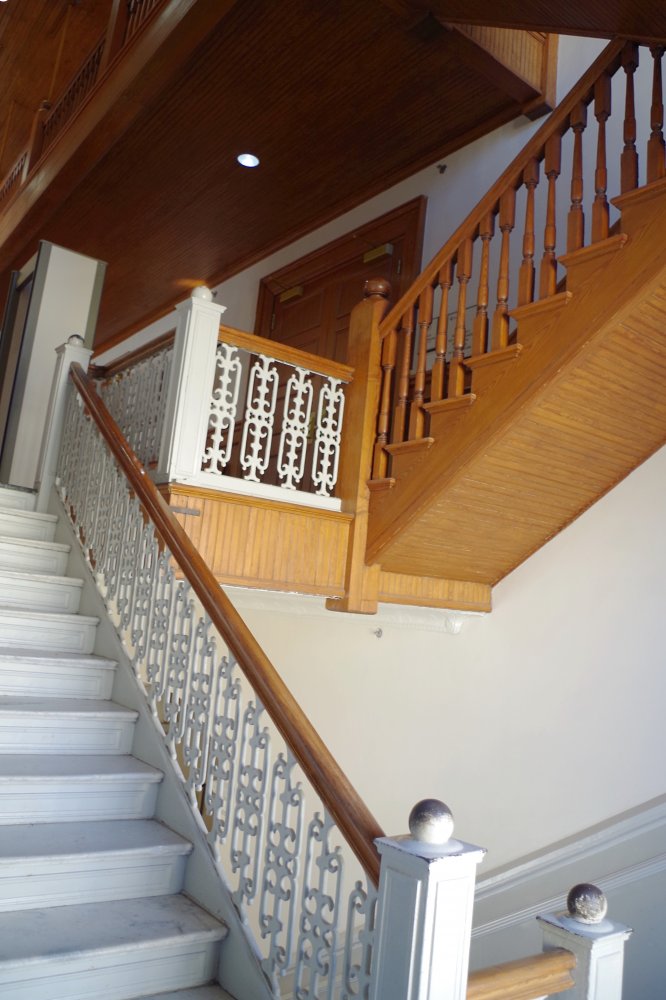 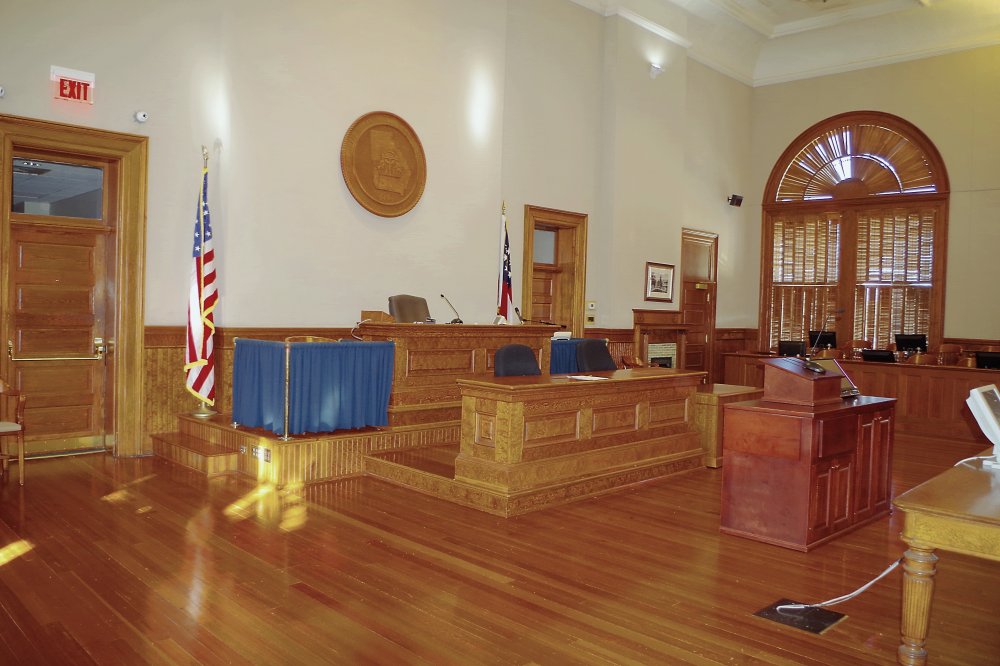 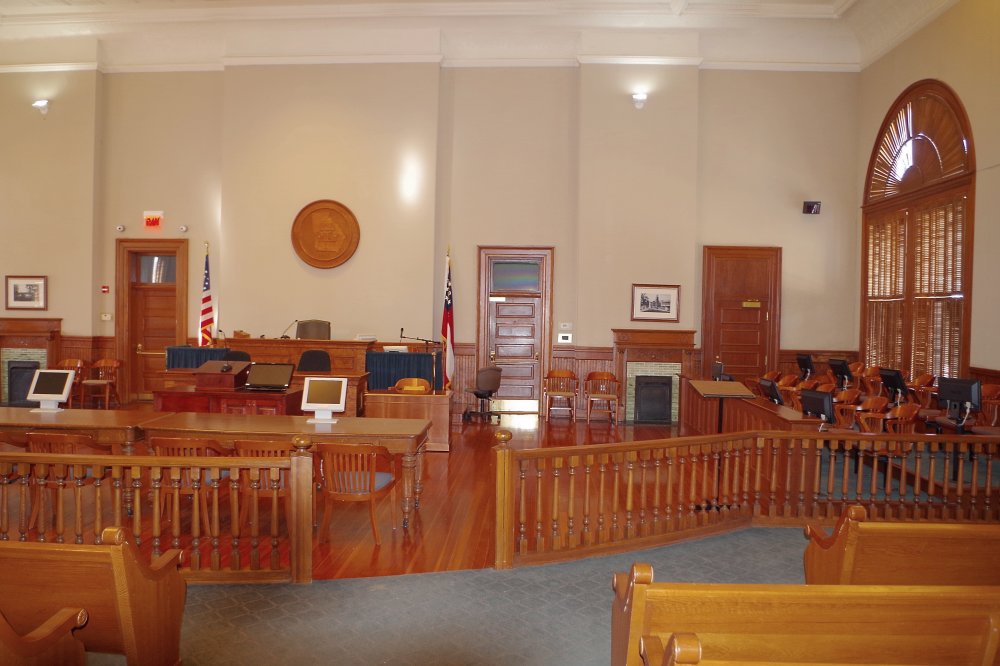 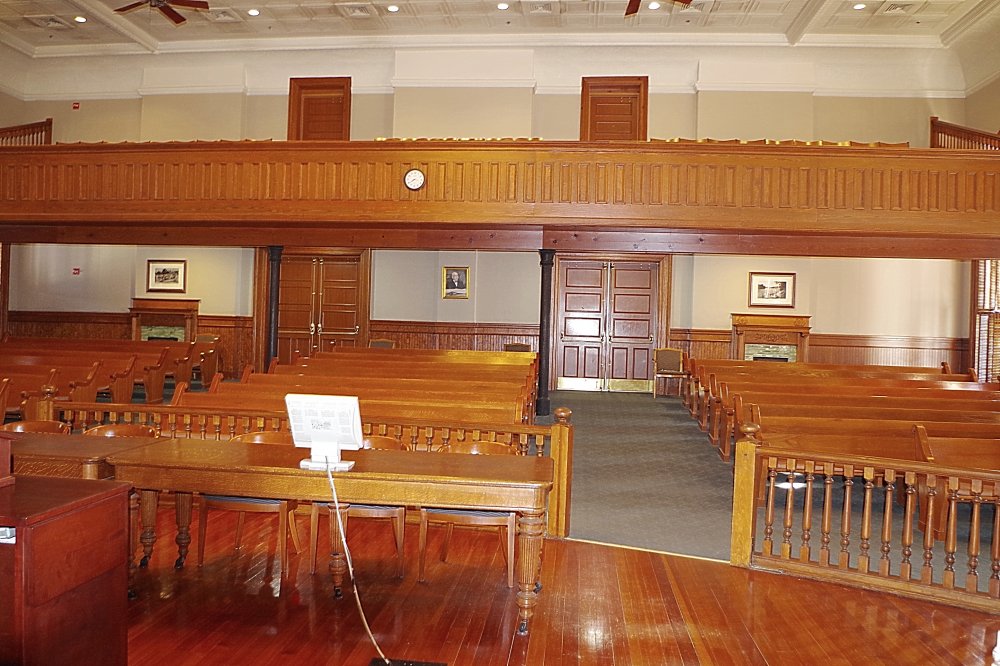 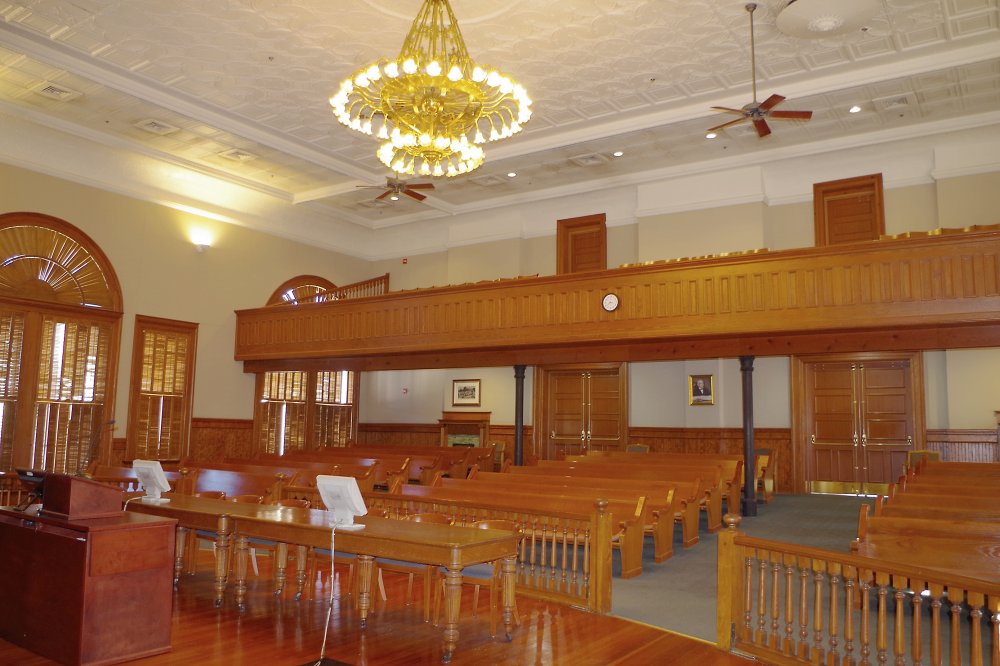 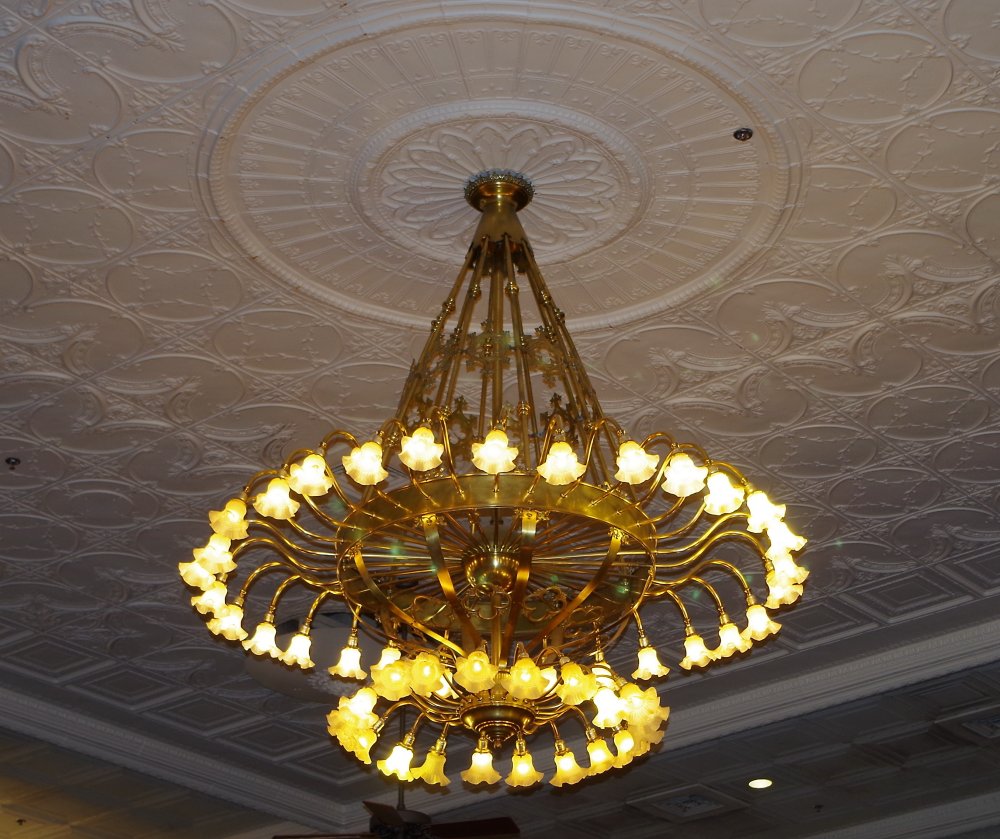 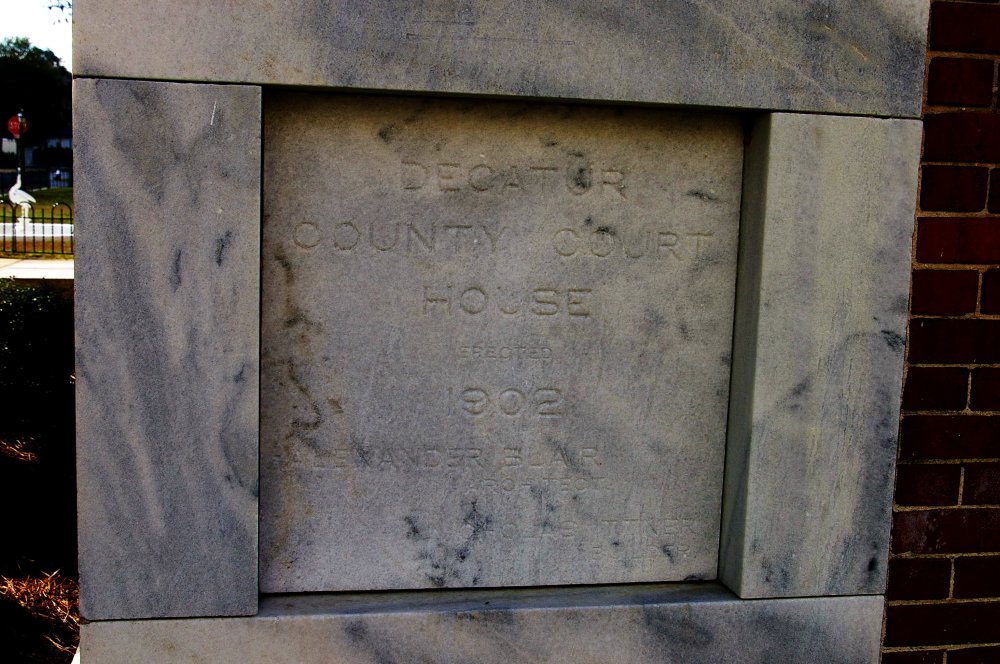 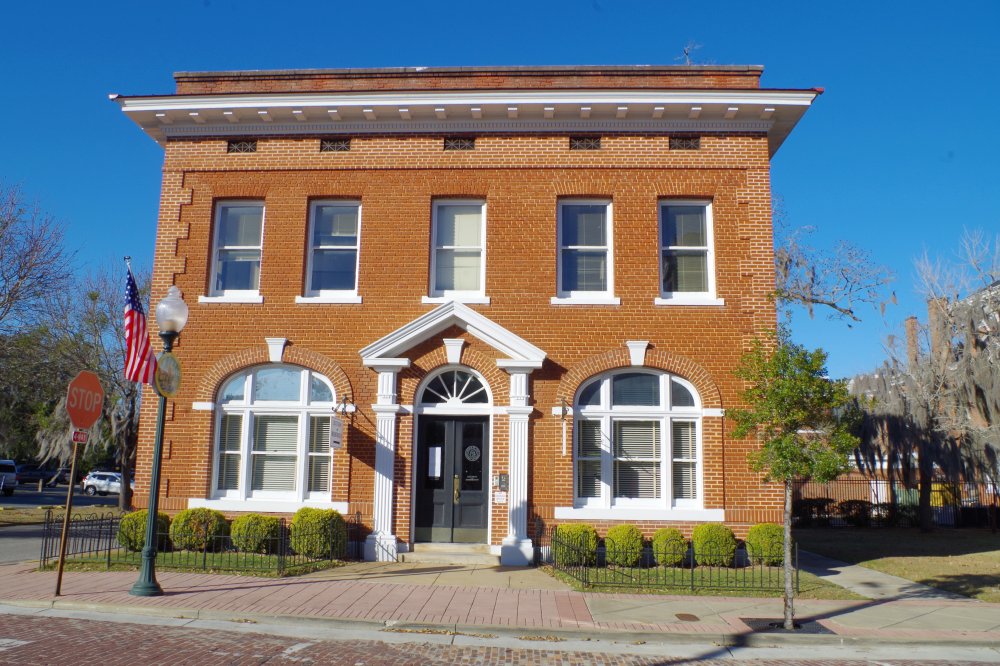 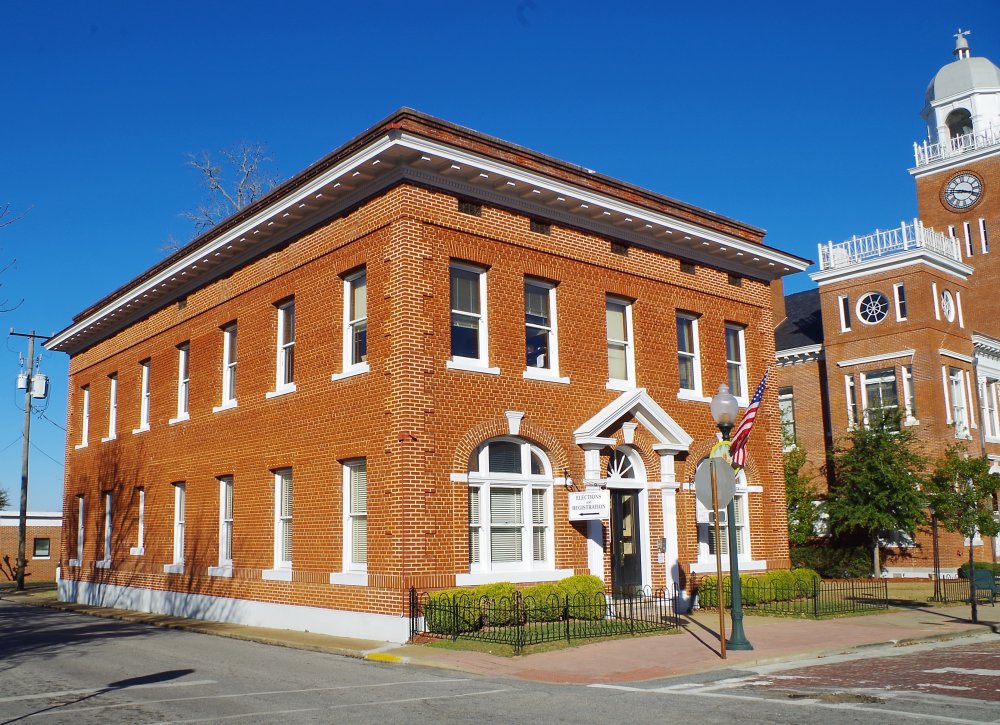 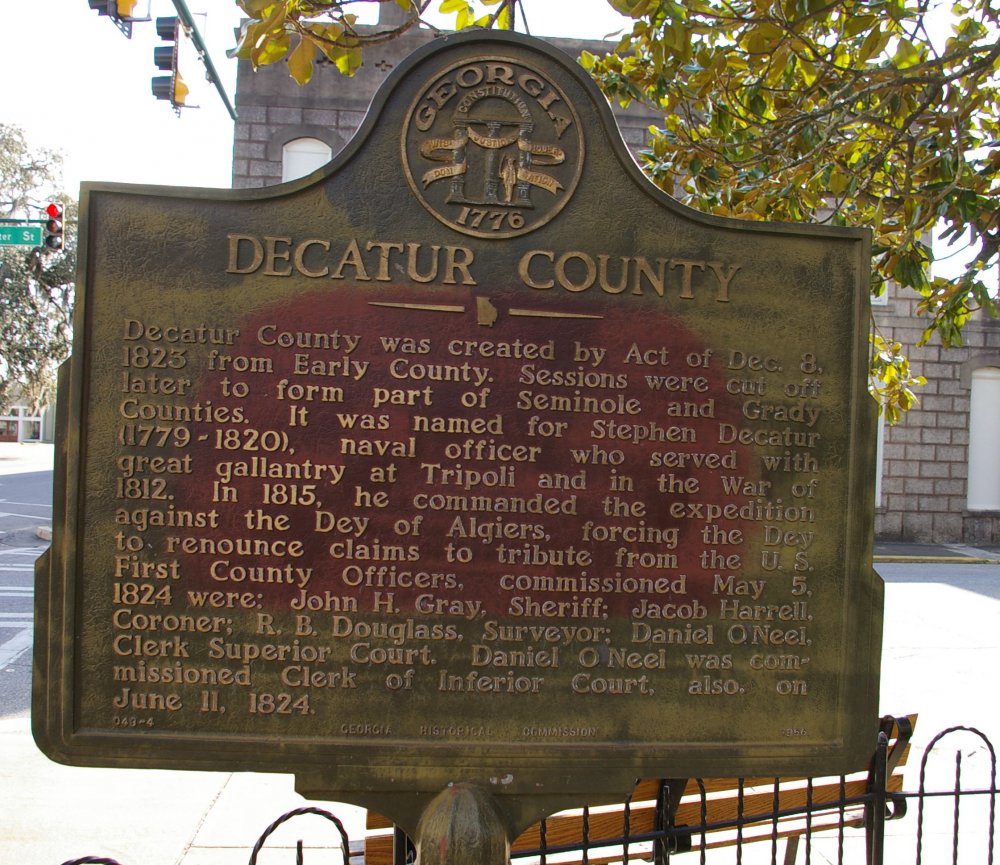