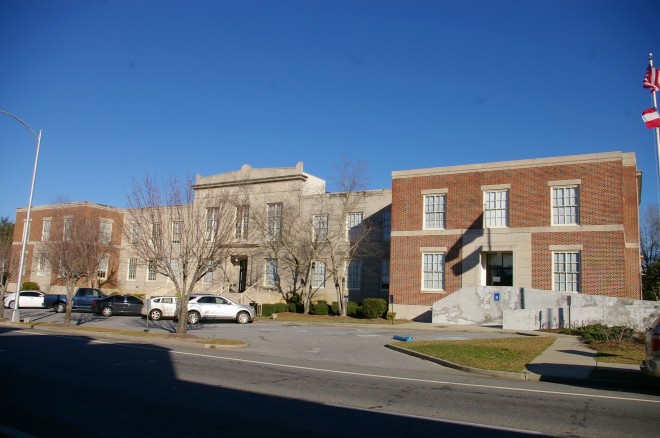 Coffee County is named for John E Coffee, who was a soldier, state legislator and congressman. 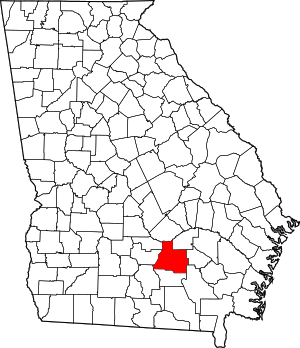 Description:  The building faces east and is a two story red colored brick, stone and concrete structure. The building is located on landscaped grounds in the center of Douglas. The east section of the building has a central recessed entrance flanked by a single column on each side. Stone facing rises to the top of the second story. The lower north and south wings are red colored brick. Horizontal concrete bands run along the roof lines. The center section has stone facing with recessed entrances flanked by a single column on each side. The west section is red colored brick. The roof line is flat. The courtroom is located on the second story.  In 1989 to 1990, a large addition was added on the west side. The architect was Brittain, Thompson, and Bray Inc. and the contractor was Charles E Lewis Construction Company, Inc. On the west side is the old Sheriff Residence. 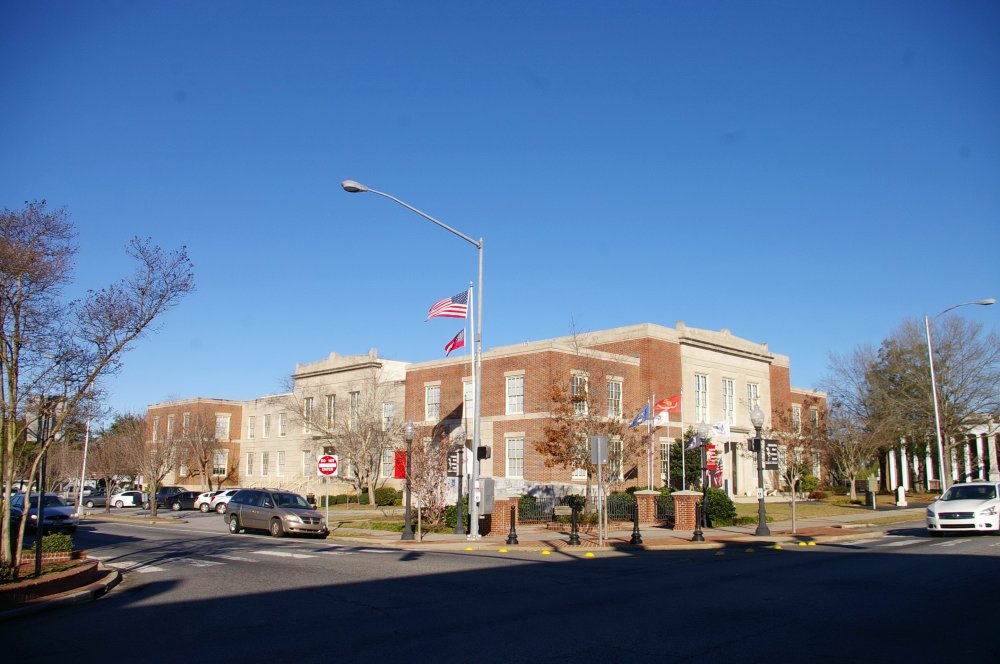 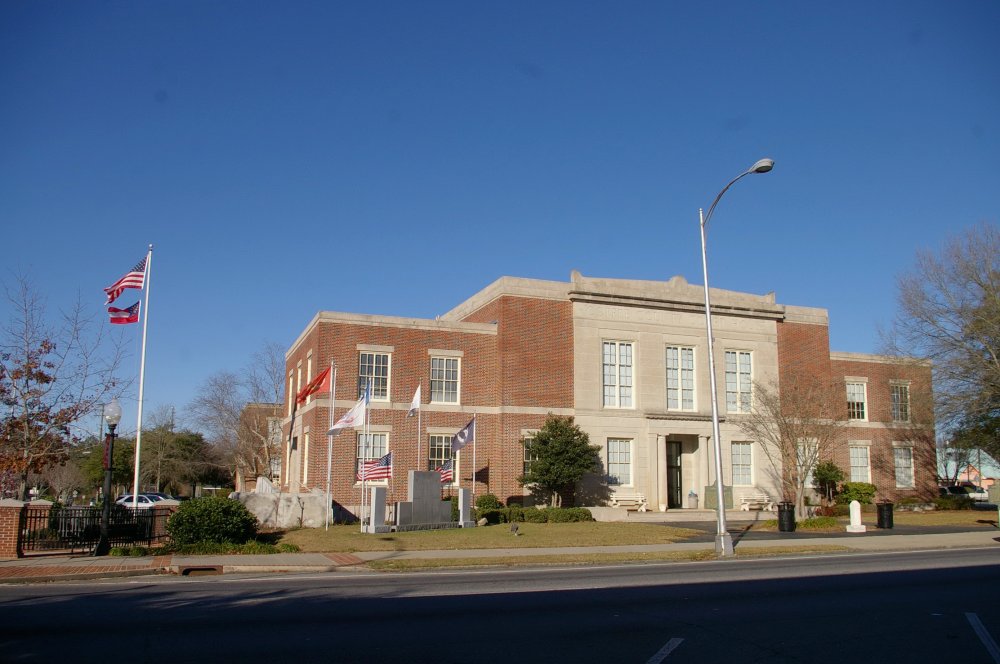 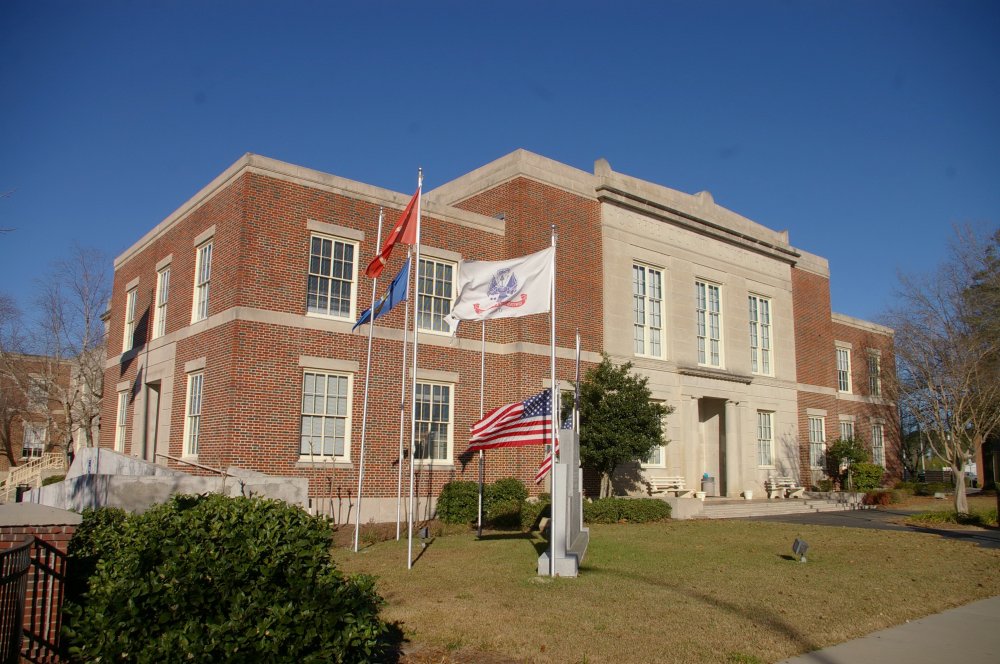 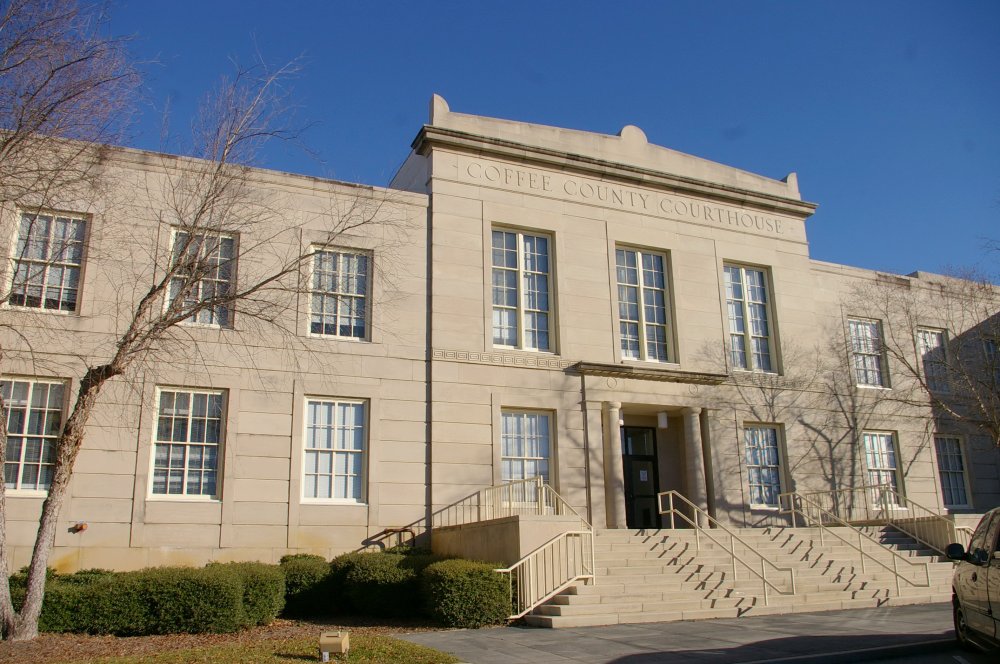 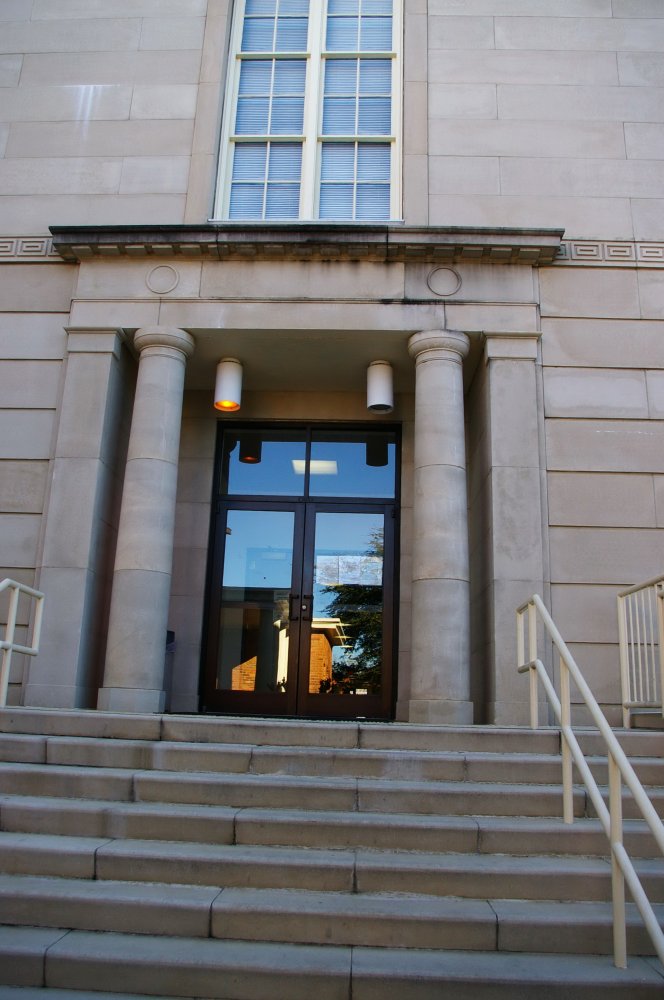 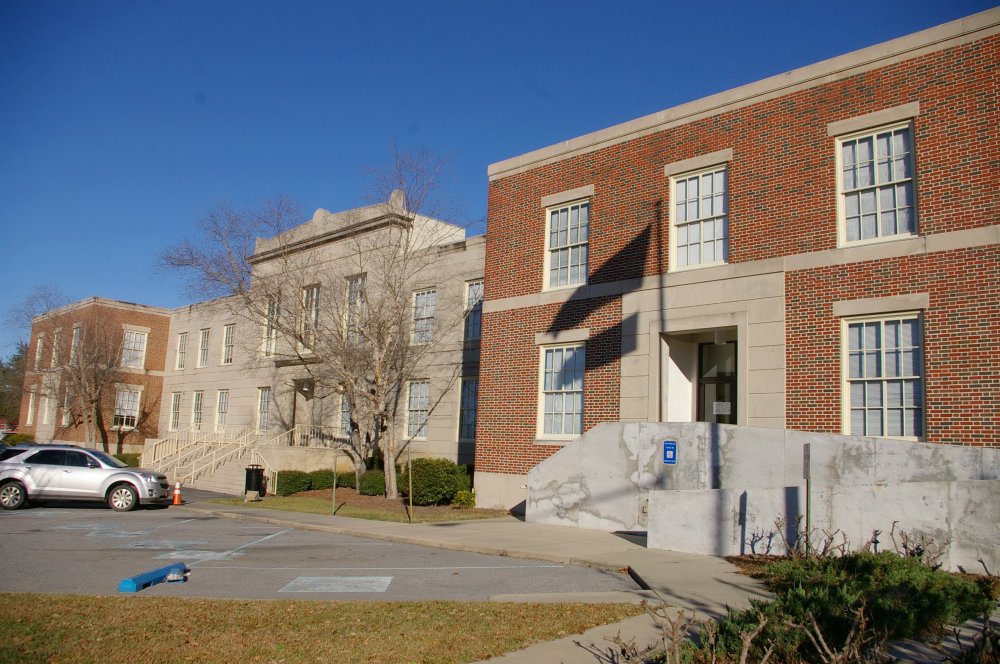 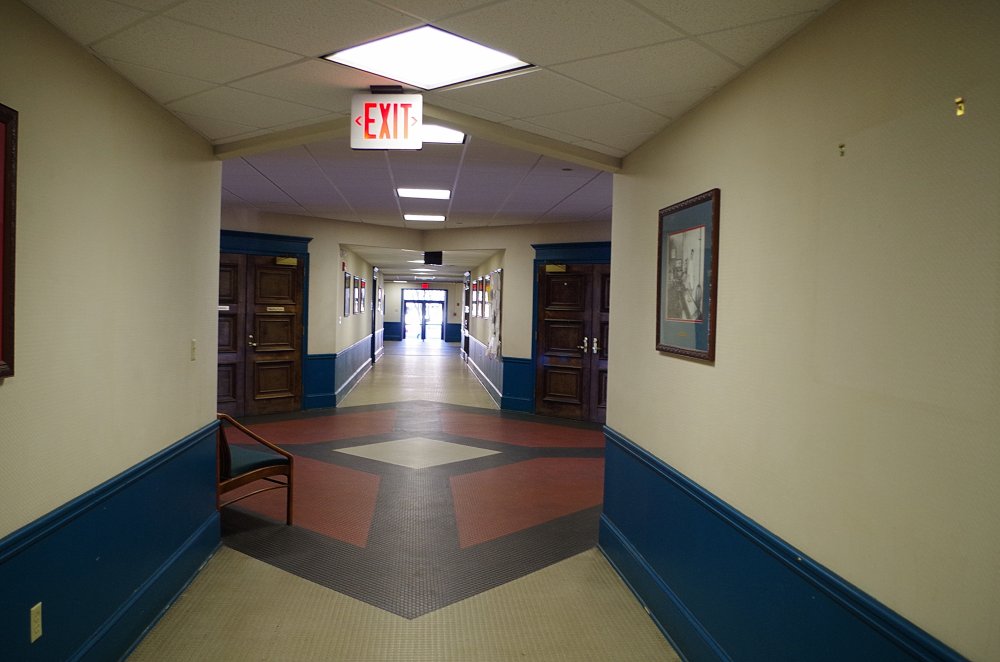 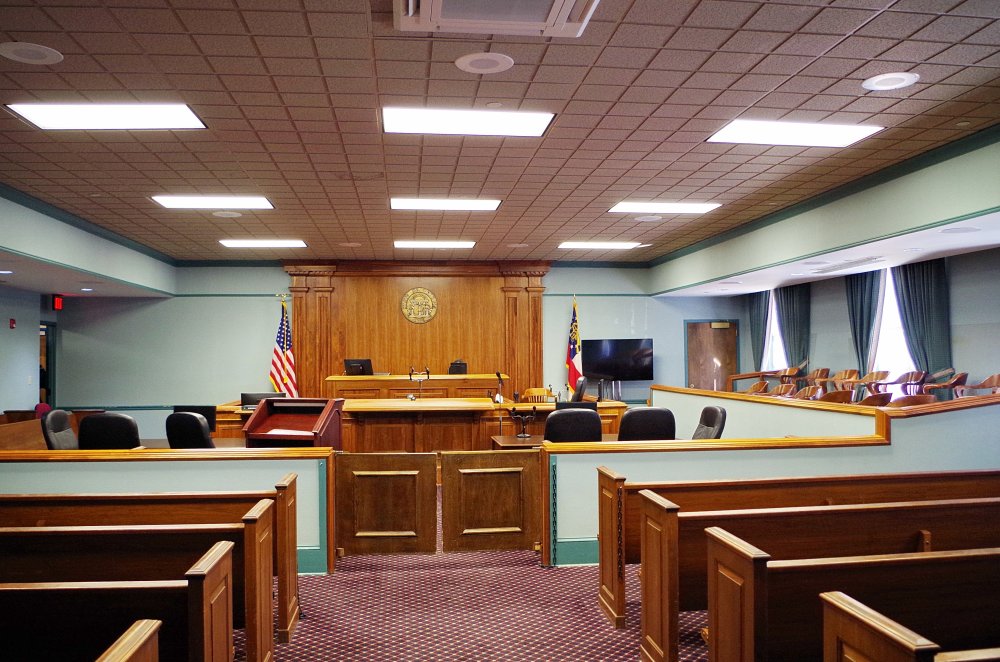 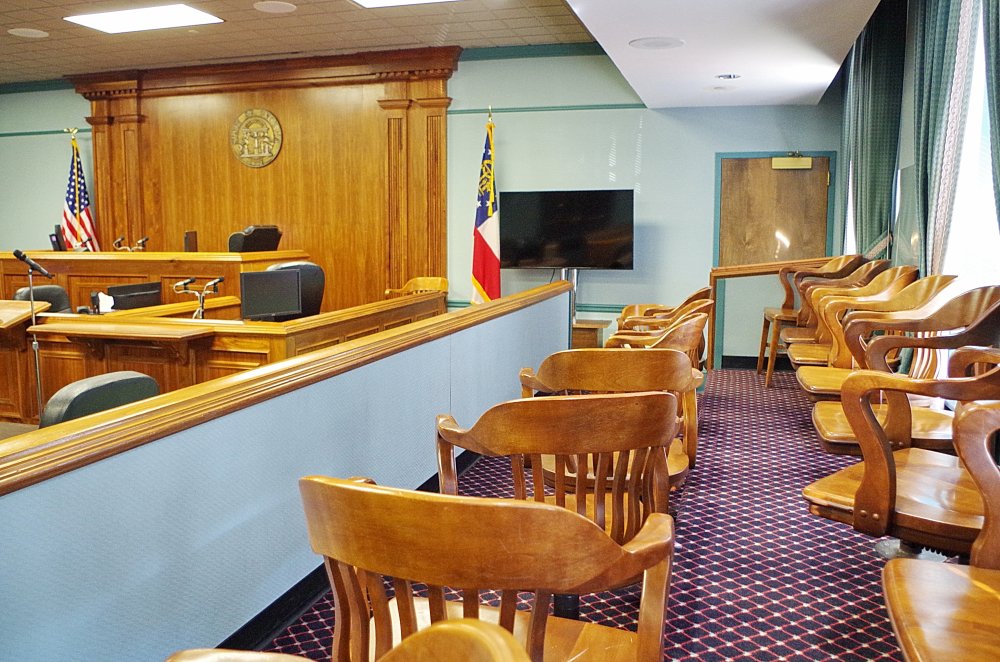