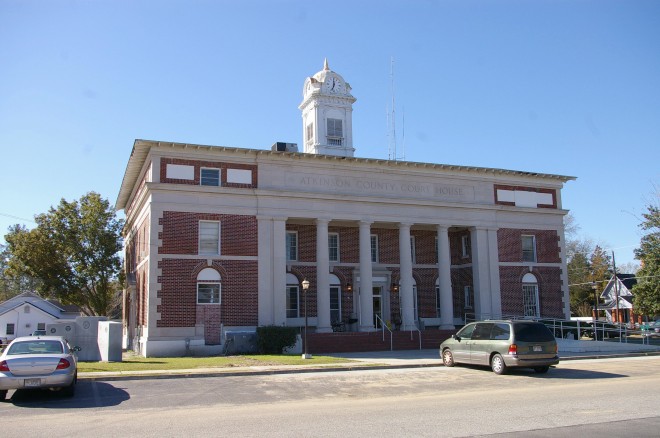 Atkinson County is named for William Y Atkinson, who was a former governor of Georgia.

Description:  The building faces north and is a three story red colored brick and concrete structure. The building is located on landscaped grounds in the center of Pearson. The north front has a porch with four large columns rising to a wide header. The entrance is trimmed with stone and recessed. The corners of the building are trimmed with stone and a horizontal band runs between the first and second stories. On the center of the roof is a square white colored cupola with clock and white colored dome at the top. The roof line is flat. The courtroom is located on the second story. The old jail is on the south side of the building. 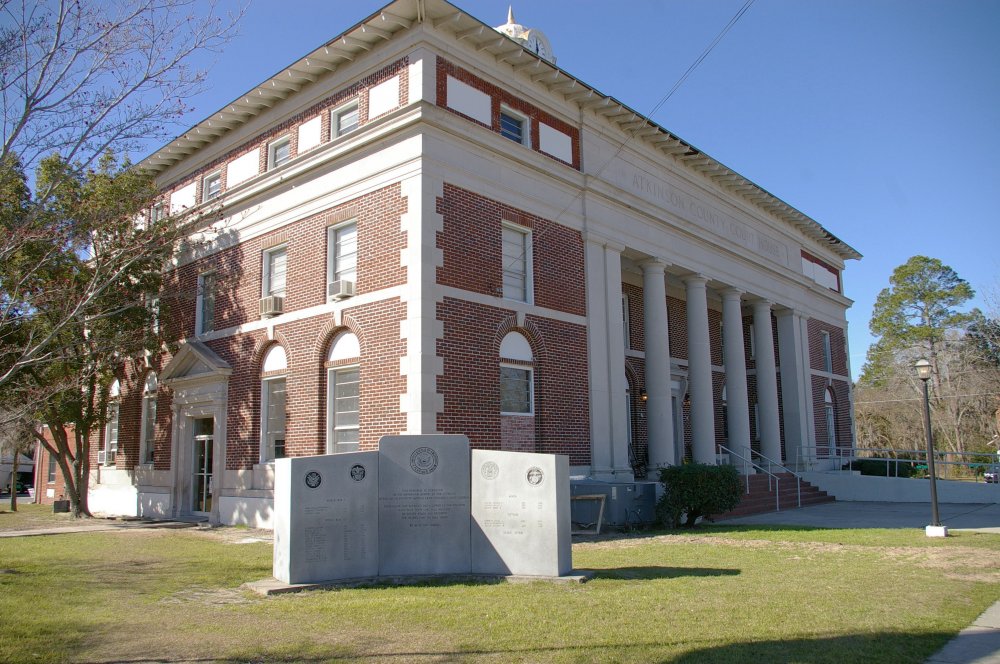 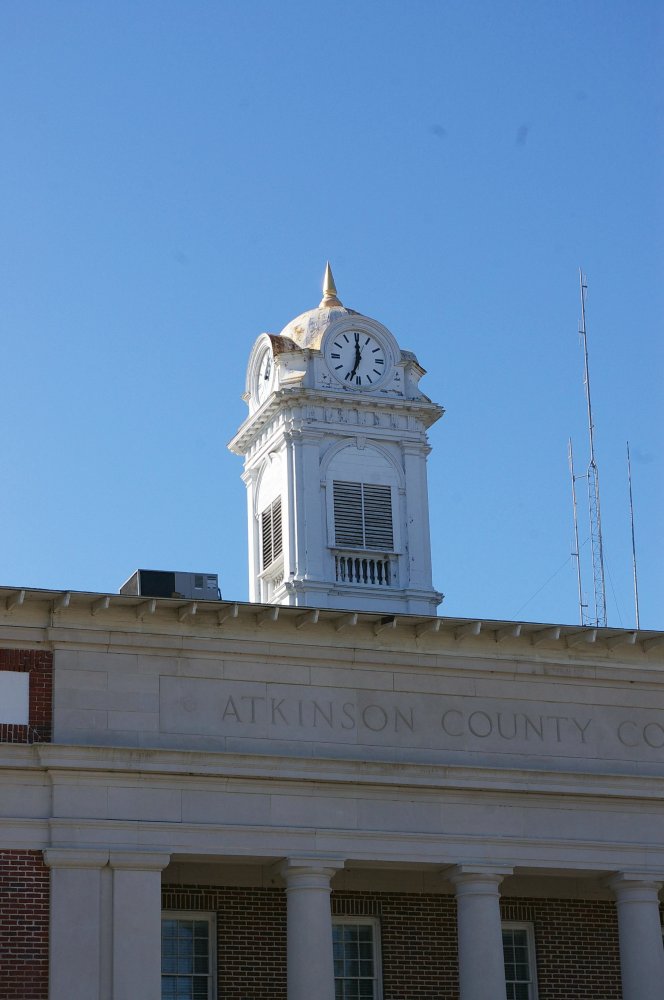 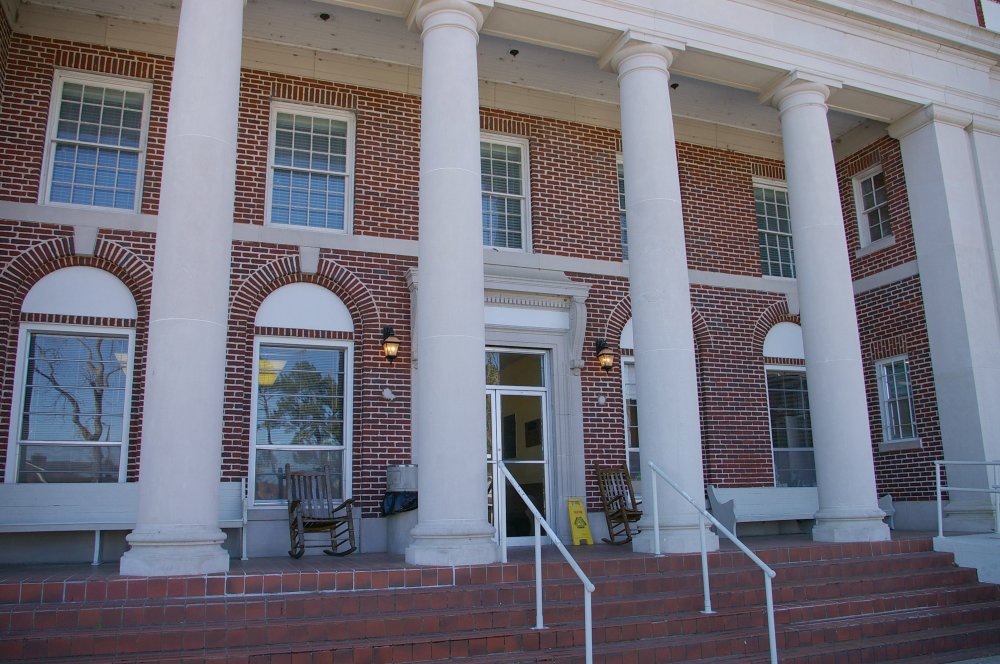 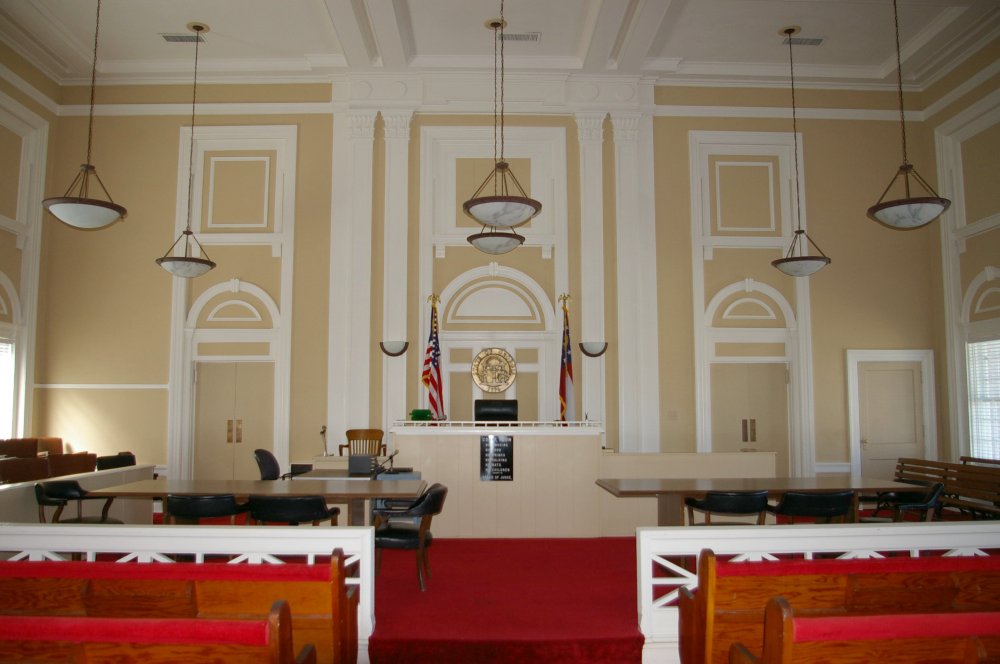 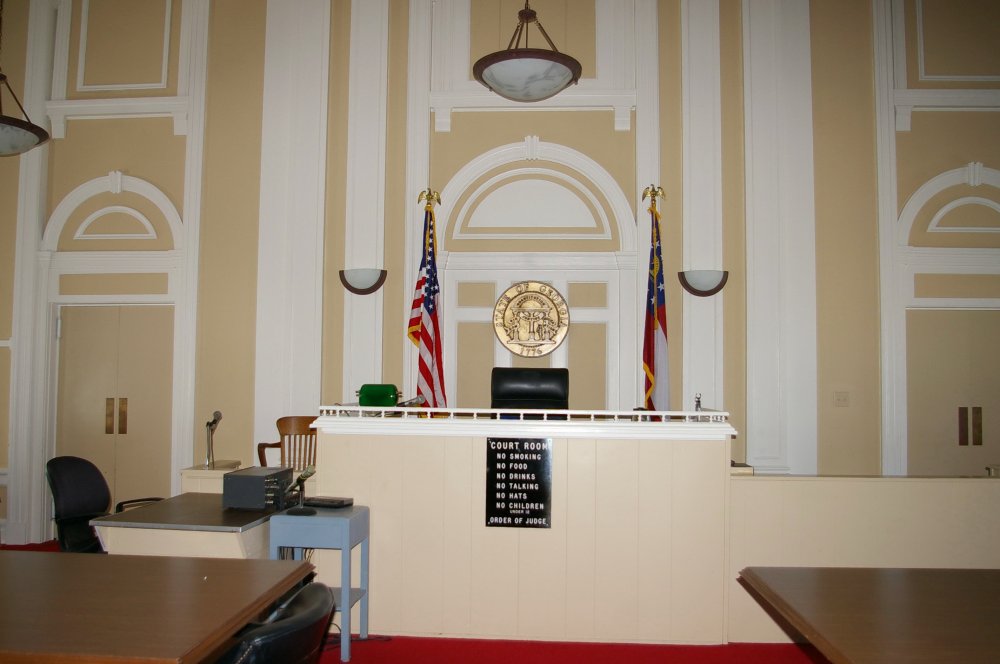 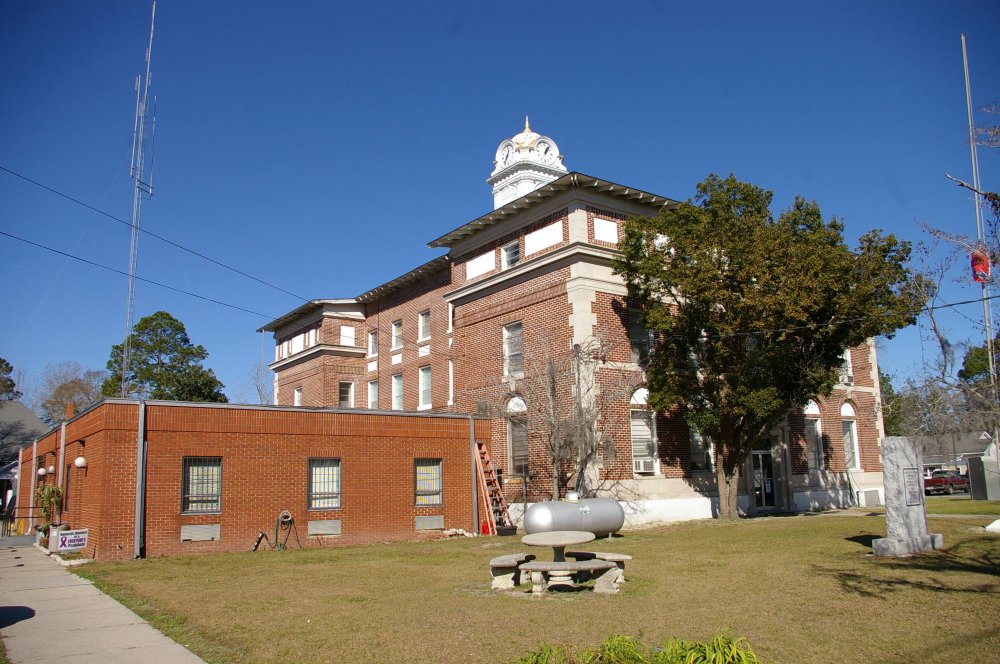 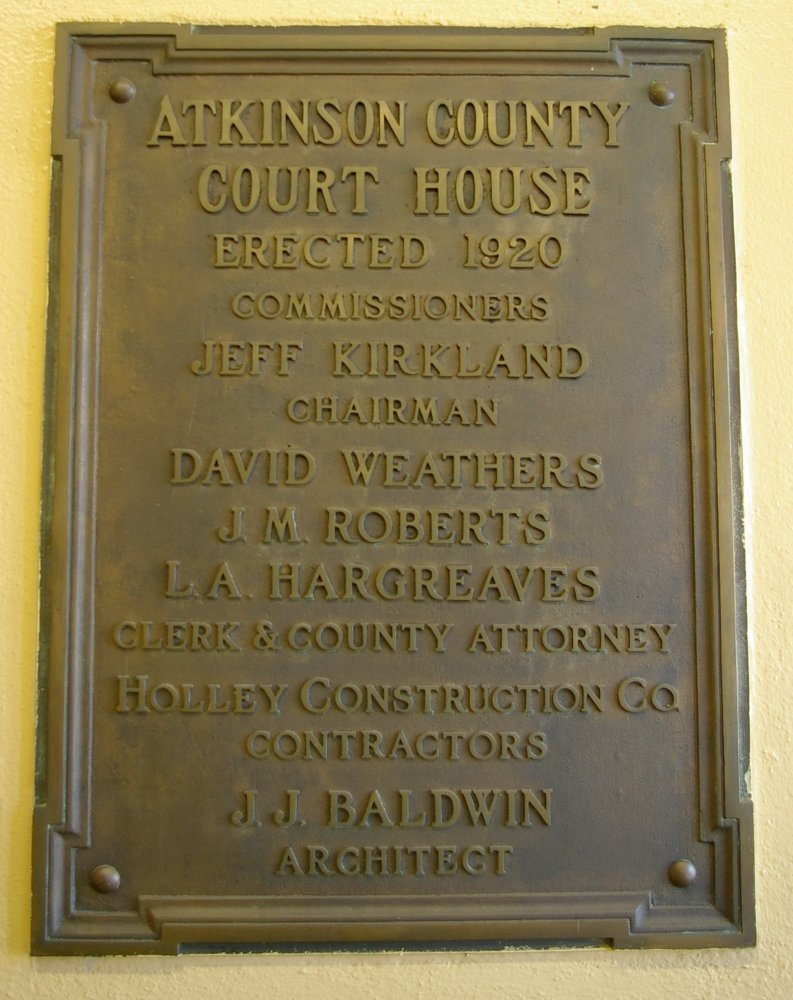 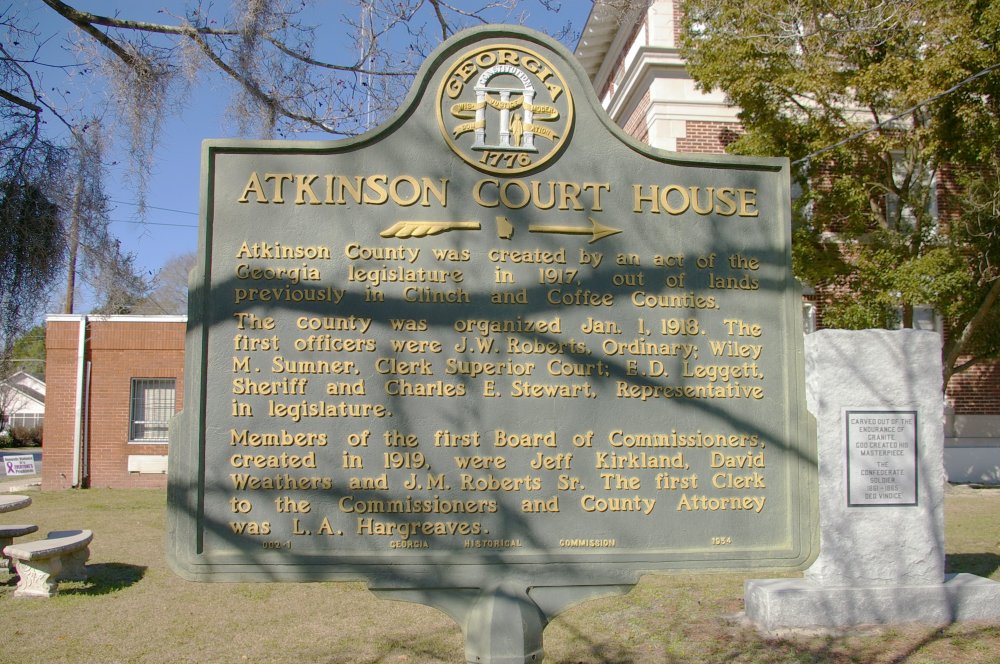