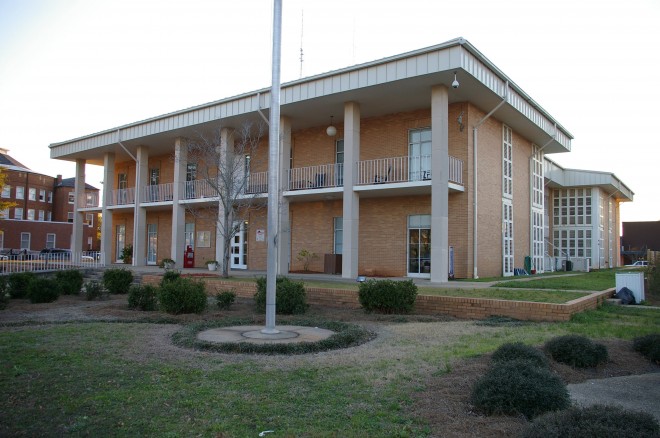 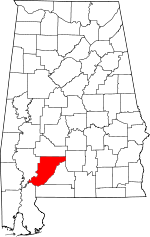 Description:  The building faces east and is a two story orange-red colored brick and concrete structure. The building is located on landscaped grounds in the center of Monroeville on the north side of the old courthouse. The east front has a long porch across the front supported by eight concrete pillars with balcony on the second story. The flat roof line has a wide band running below the eaves.  The building houses the County Circuit Court and the County District Court of the 35th Judicial District. 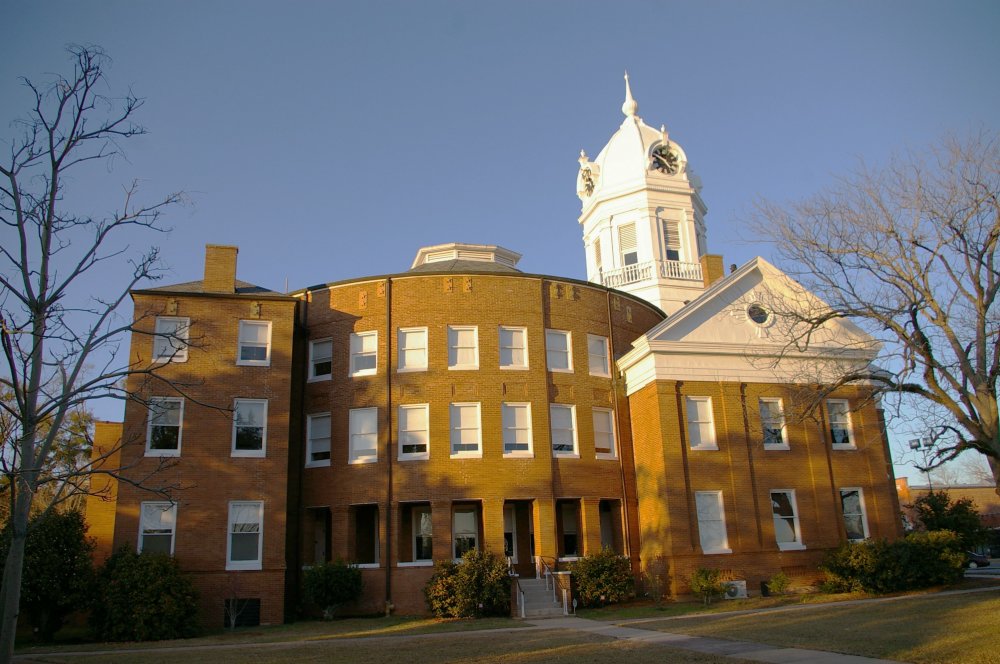 Description:  The building faces east and is a three story orange-red brick structure.  The building is located on landscaped grounds in the center of Monroeville. The east two story front has a projecting center section rising to a pediment at the roof line. On the north and south sides of the center section are the entrances. On the east side are north and south wings which also rise to pediments at the roof line. Behind is a circular three story section containing the oval shaped courtroom on the second story. The west section is rectangular. Above the east front rises a high white colored octagonal dome with clock and steep roof. Above the center circular section is a low wide octagonal cupola. The building was restored in 1991 to 2002. The architect was Holmes & Holmes of Mobile and the contractor was Donnie Evans Construction and Creel Construction. The building houses the Monroe County Heritage Museum.

See:  The architect,  Andrew J Bryan, designed the courthouse in Coffee County and Lee County, in Georgia in Colquitt County, Pulaski County and Stewart County; in Kentucky in Bracken Couinty and Mercer County; in Louisiana in Pointe Coupee Parish;  in Mississippi in Attala County and Simpson County; and in Texas in Rains County. Also in Virginia in Tazewell County. 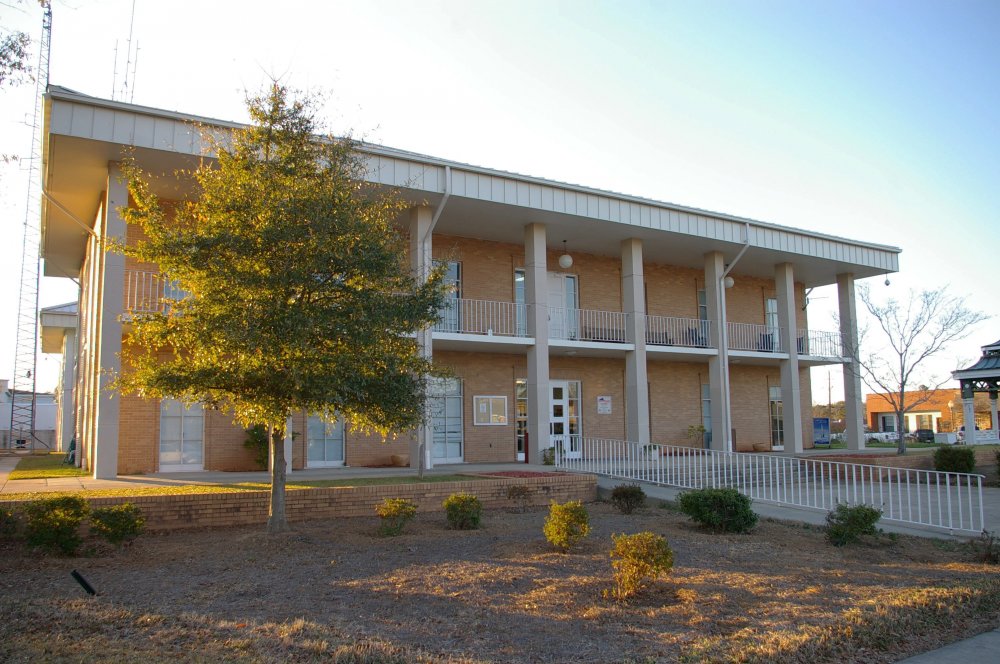 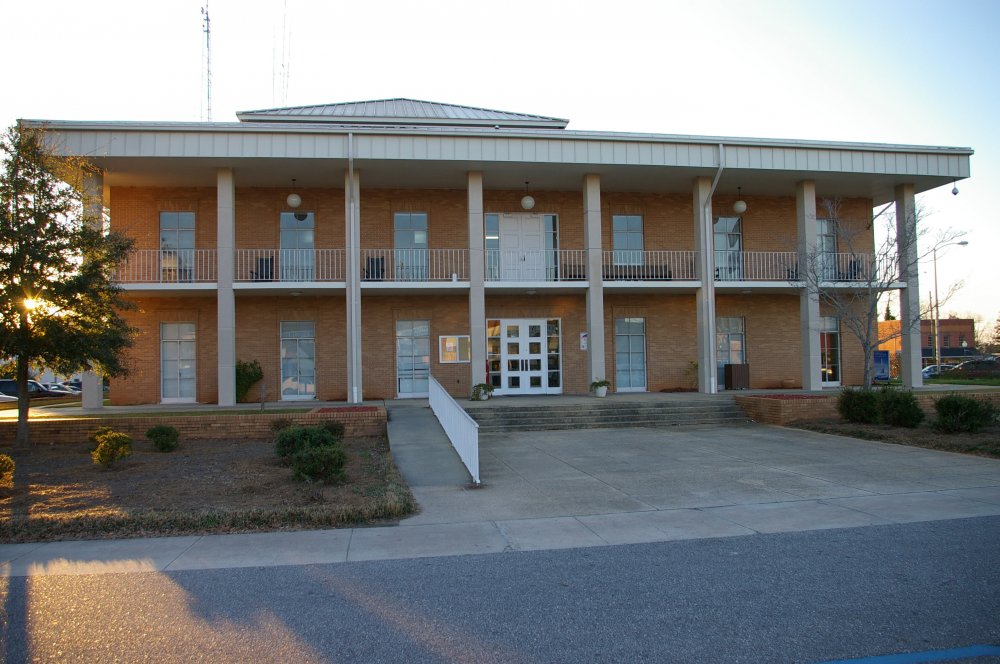 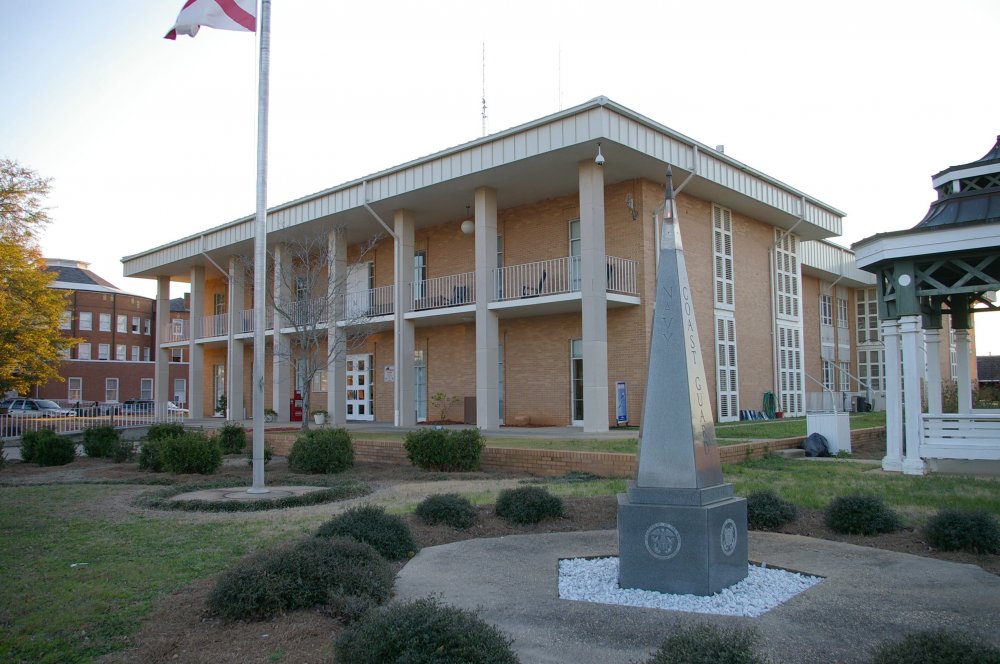 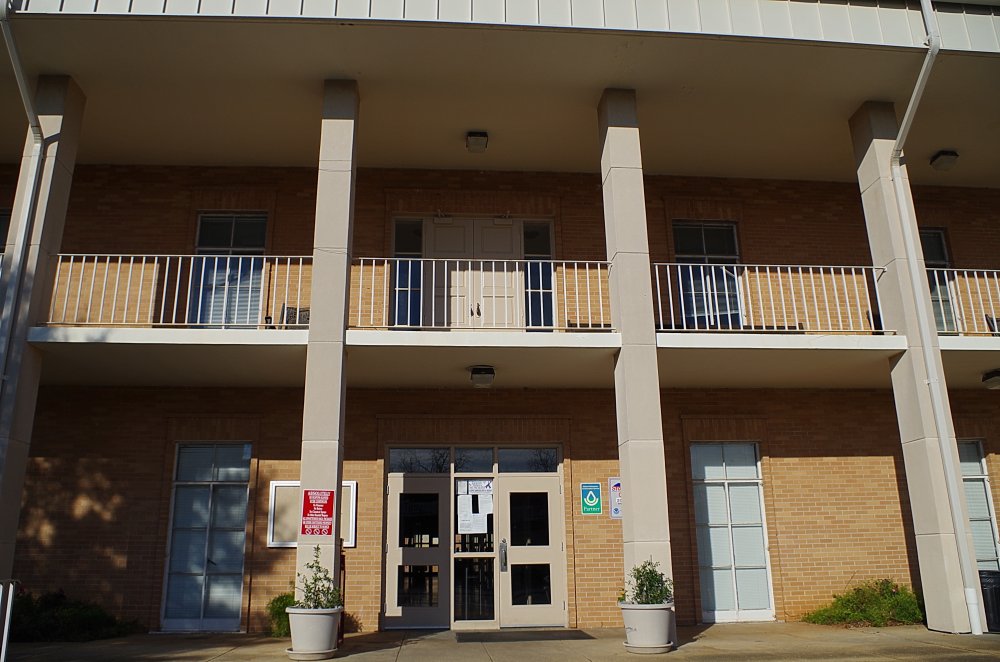 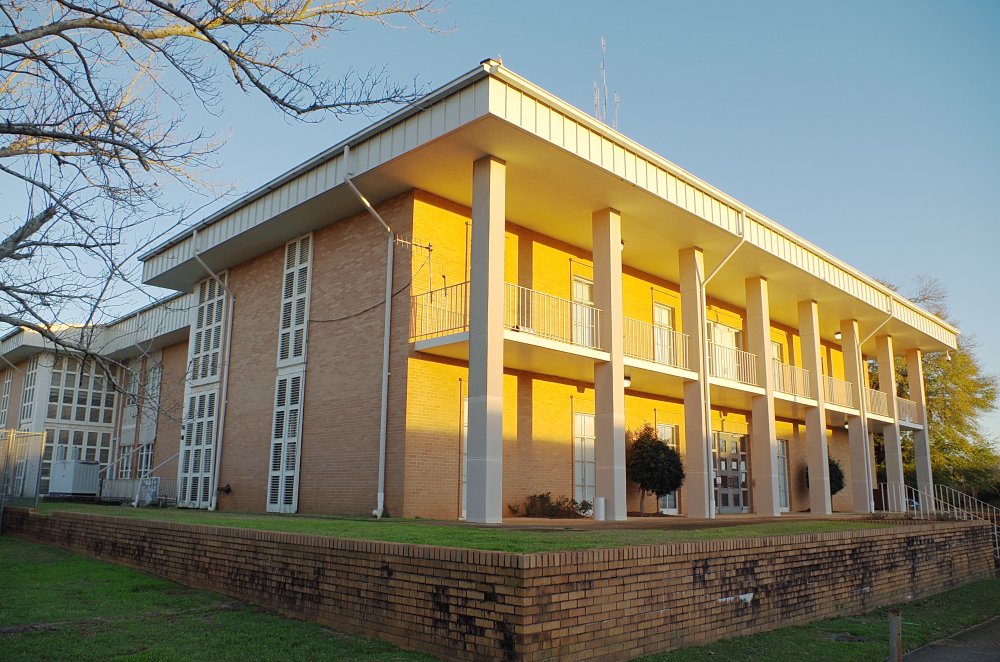 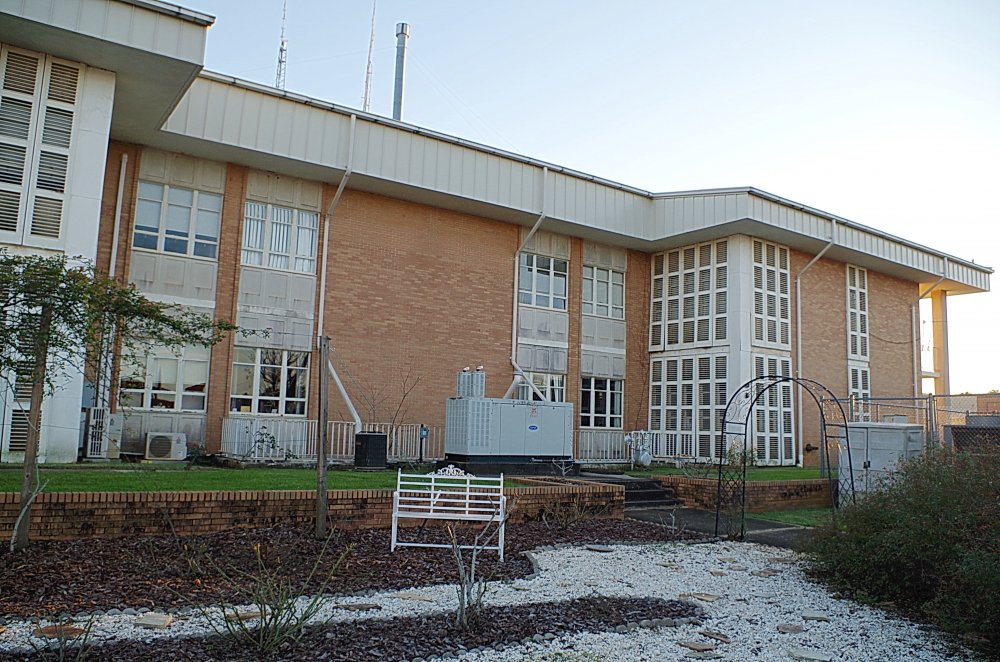 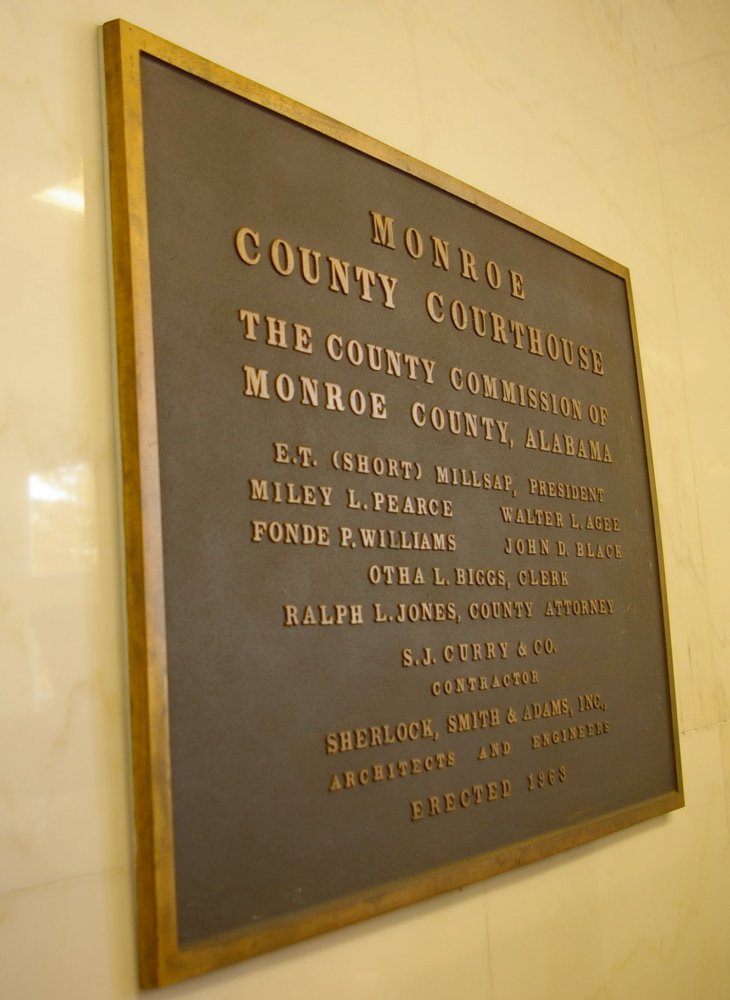 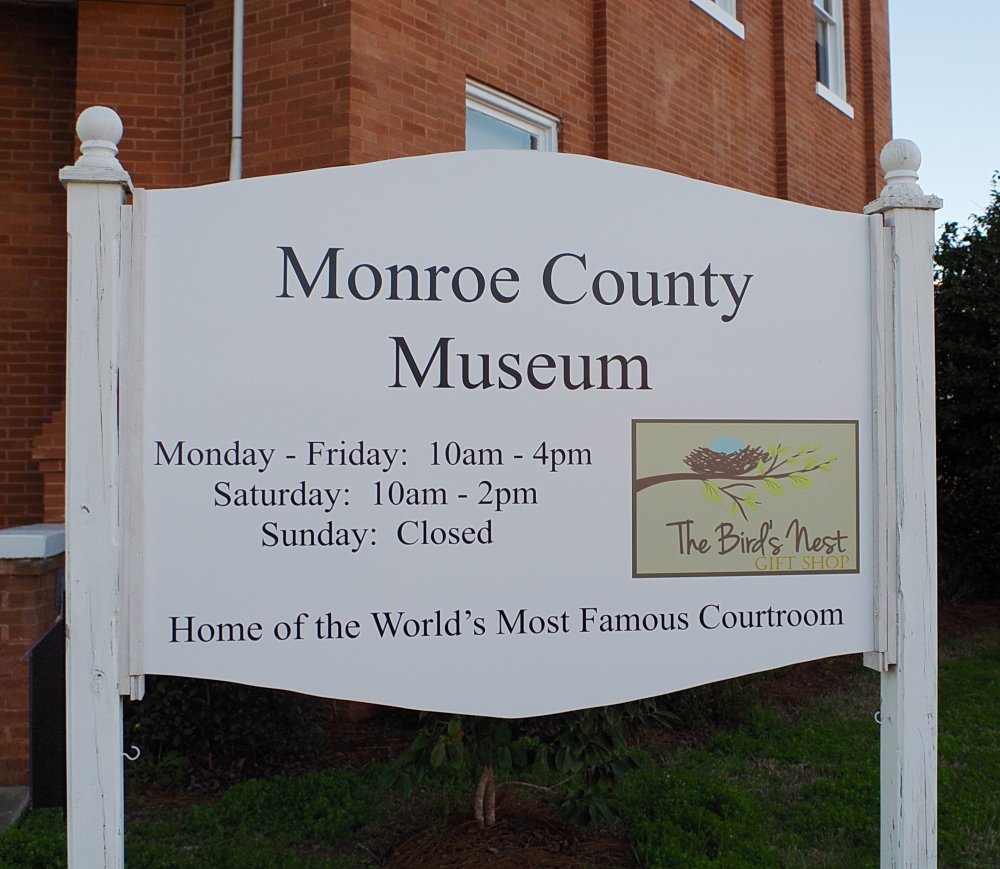 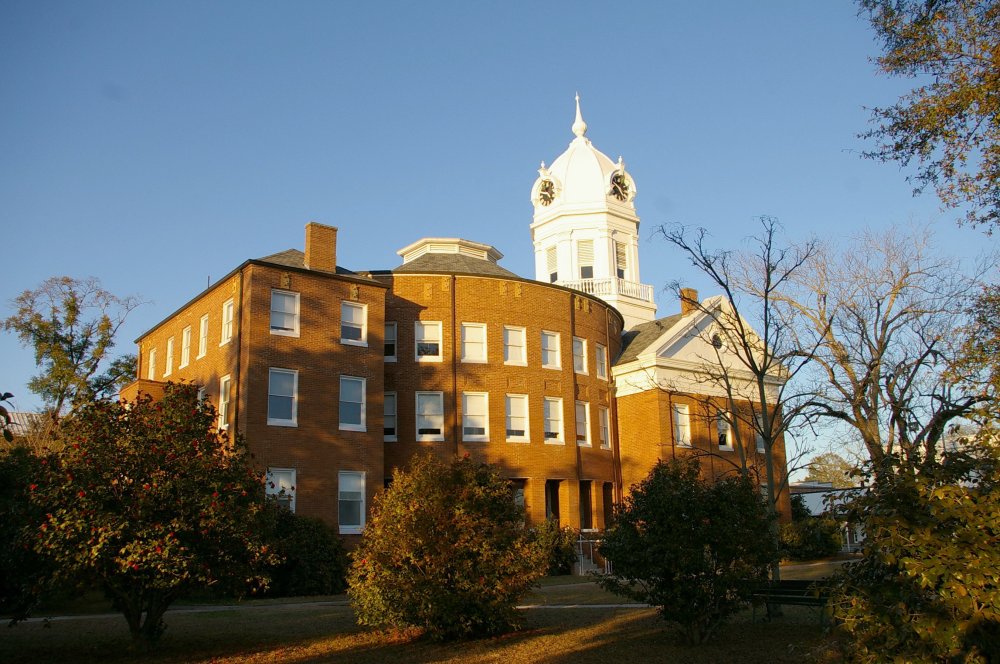