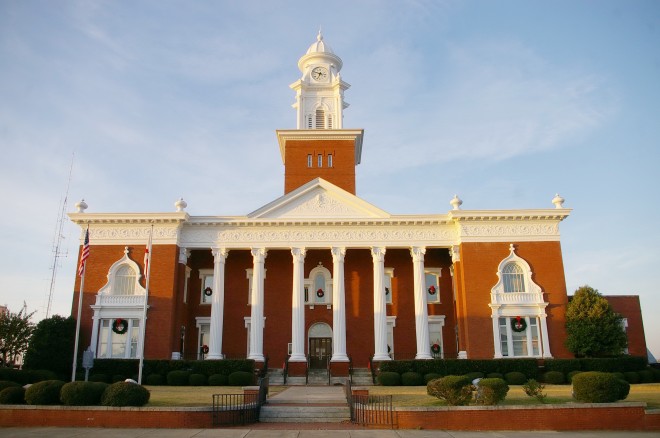 Lee County is named for Robert E Lee, who was the Commander of the Confederate States Army during the Civil War. 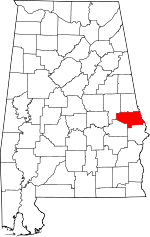 Description:  The building  faces northeast and is a two story red colored brick structure. The building is located on landscaped grounds in the center of Opelika. The northeast front has a large porch with six high white colored columns and recessed arched entrance on the first story. The north and south sections project from the main building and have large decorative windows. At the top of the porch is a pediment. On the center of the roof is a high red colored brick clock tower with white colored cupola and clock at the top with white colored dome.  The building houses the County Probate Court of the 37th Judicial District. The building was renovated in 1987. The architect was Lancaster and Lancaster of Auburn and the project manager was W J Duncan of Auburn. In 2017 to 2019, a modern red colored brick and concrete three story Courthouse Annex was constructed on the northwest side. The architect was John Randal Wilson of Auburn and the contractor was Carmon Construction of Albertville.

See: The architect,  Andrew J Bryan, designed the courthouse in Coffee County and Monroe County; in Georgia in Colquitt County, Pulaski County and Stewart County; in Kentucky in Bracken Couinty and Mercer County; in Louisiana in Pointe Coupee Parish;  in Mississippi in Attala County and Simpson County; and in Texas in Rains County. 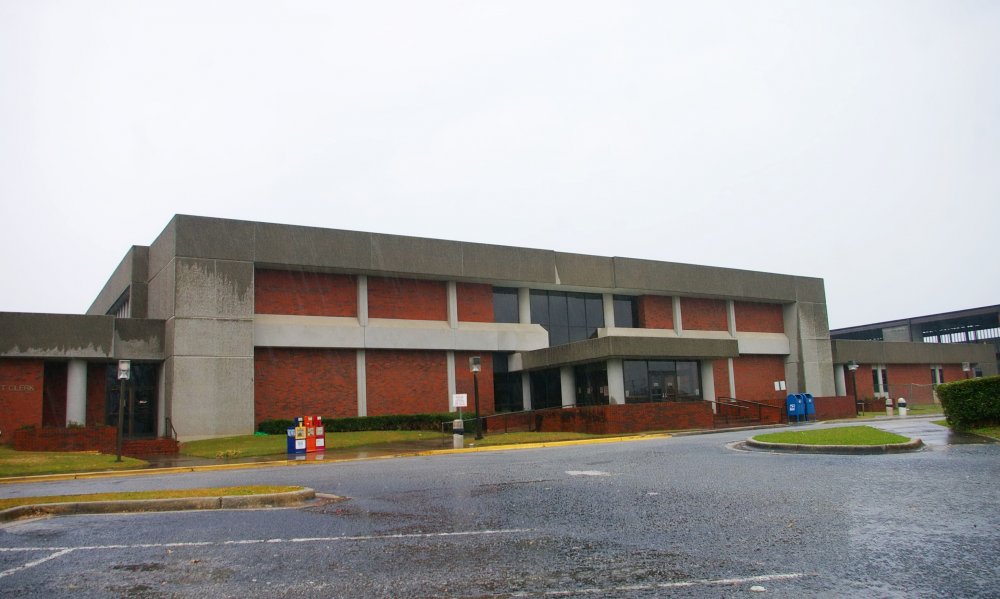 Description:  The building faces west and is a two story brick and concrete structure.  The building is located on landscaped grounds to the south of the center of Opelika and is called the T K Davis Justice Center Complex. The west front has a central one story porch supported by concrete pillars. Red colored brick is between the vertical and horizontal concrete dividers. There are one story north and south wings. The roof line is flat. The building houses the County Circuit Court and the County District Court of the 37th Judicial District. On the south and east sides, is the new addition constructed in 2014 to 2015. The entrance is semi-circular. The architect was HDR Achitecture and the contractor was Rabren General Contractors.

History:  The county was created in 1866 and Opelika was selected as the county seat. The first courthouse was built in 1867 by Horace King and stood across from the present courthouse until it was torn down in 1897. The cost of construction of the second and present courthouse and jail was $35,000. The Justice Center was constructed in 1982 to 1984. 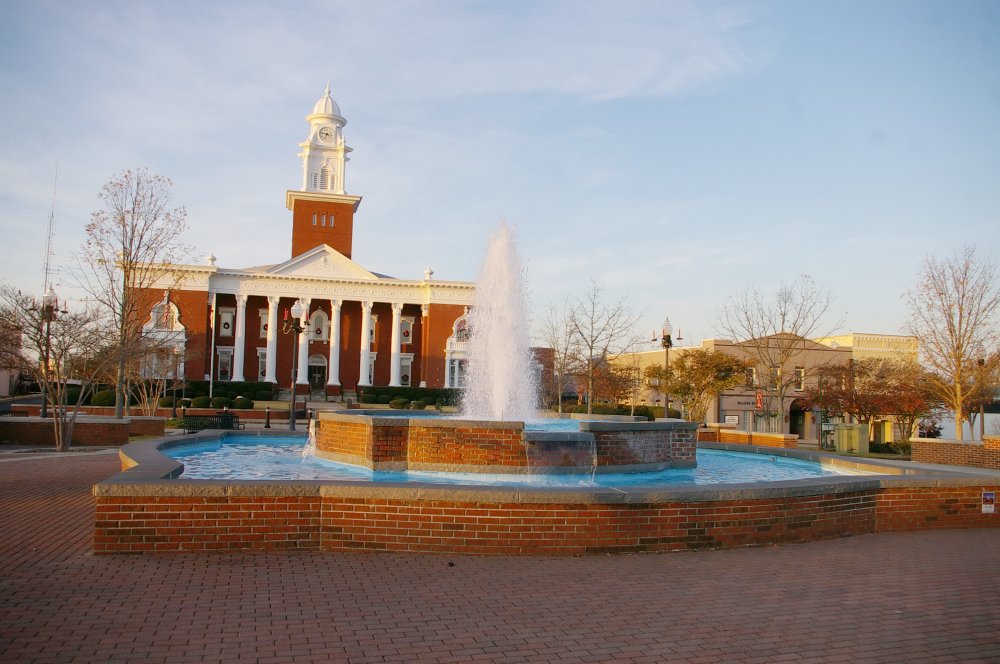 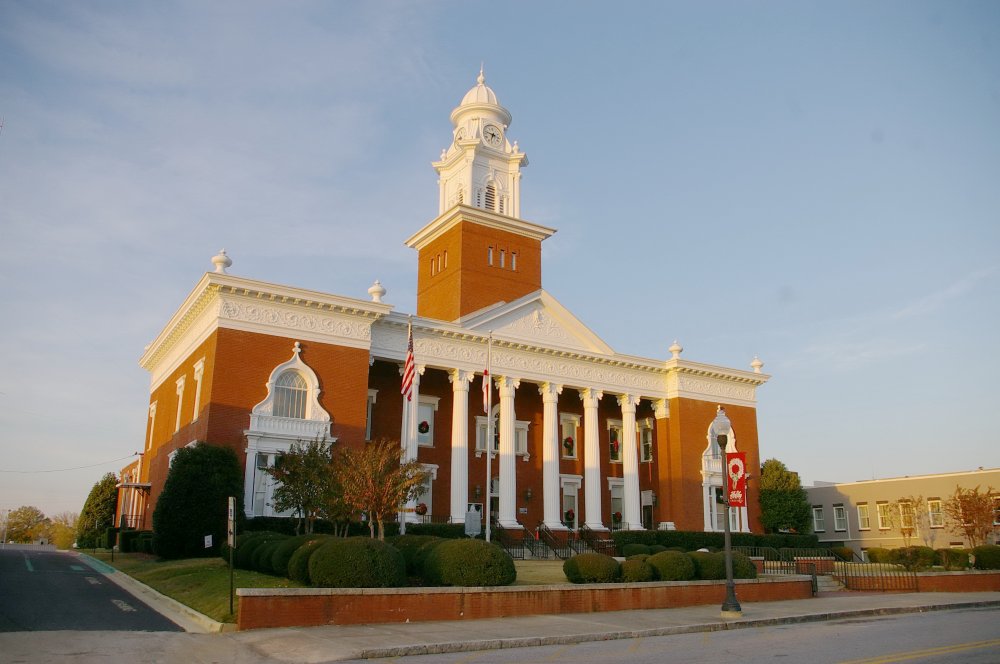 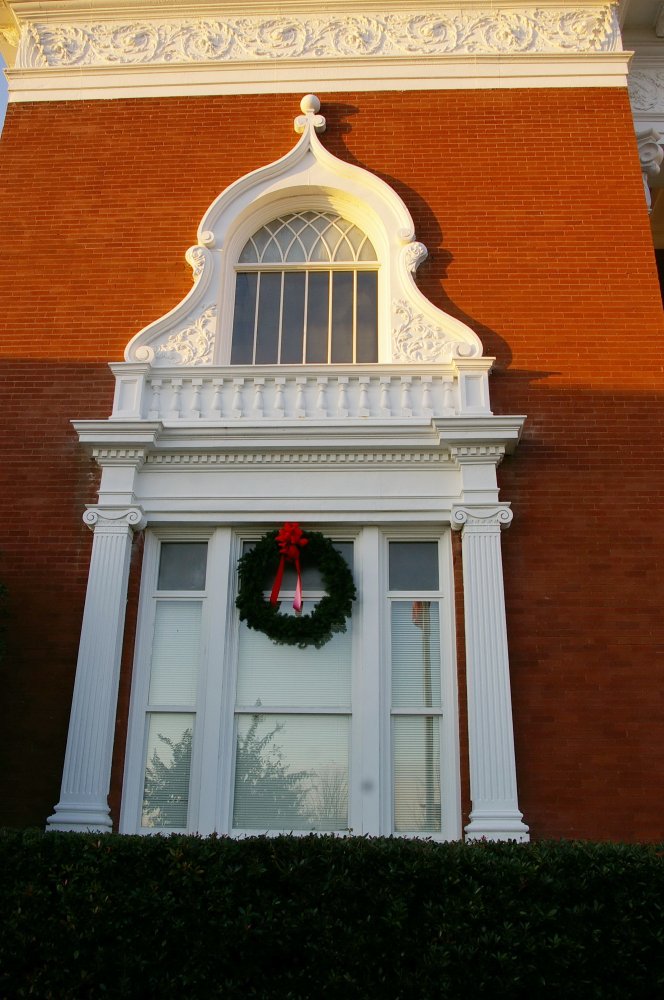 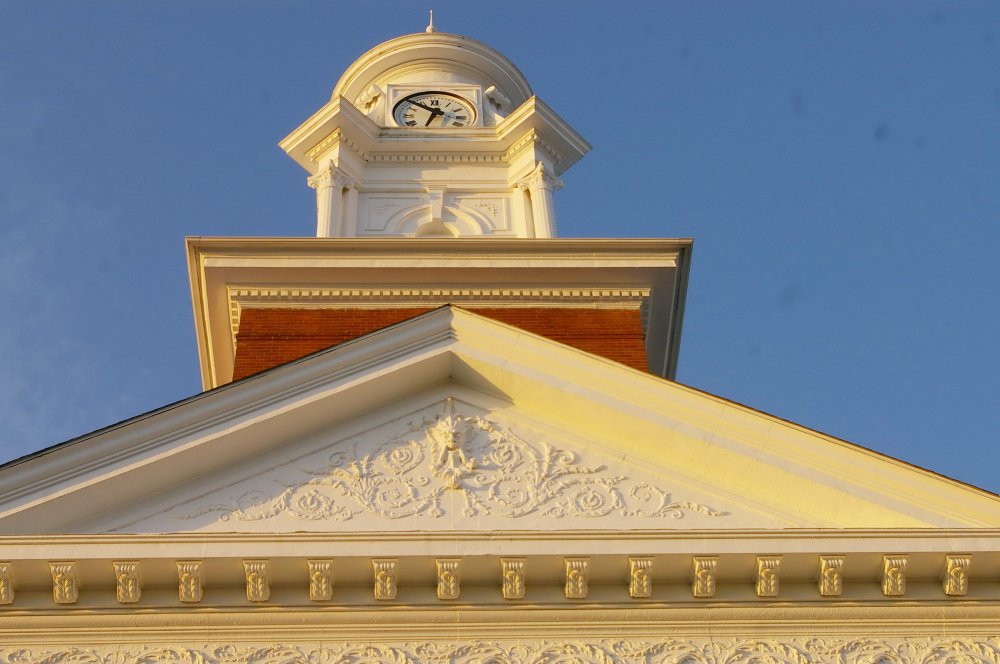 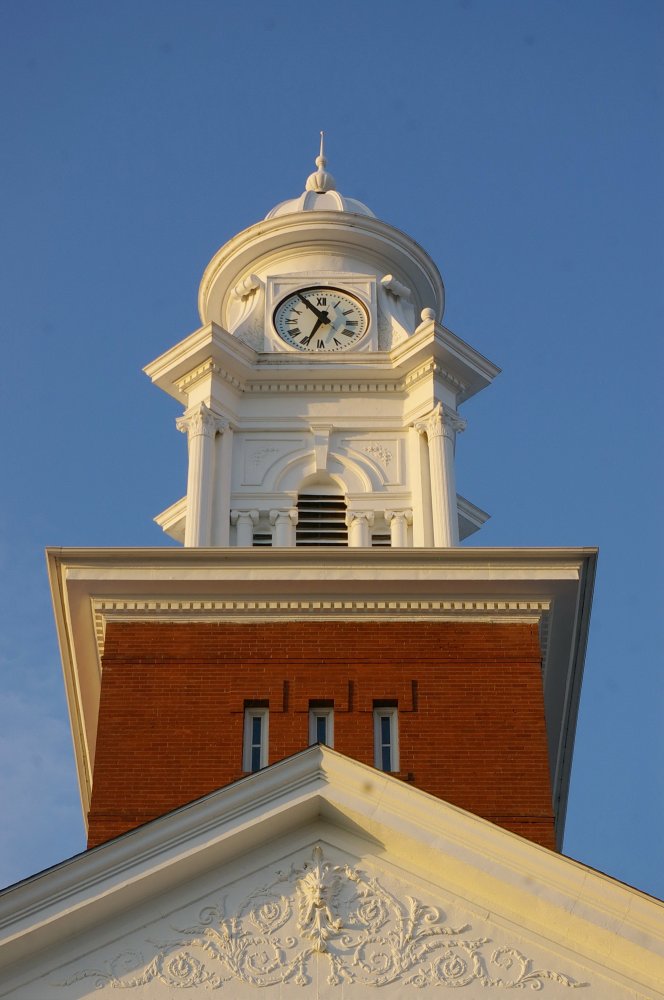 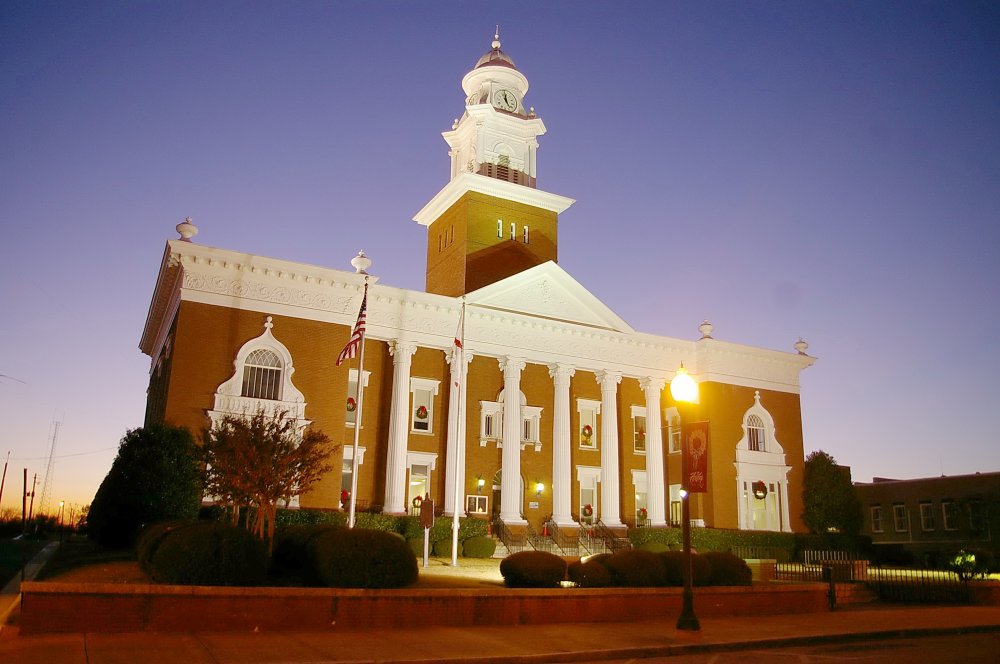 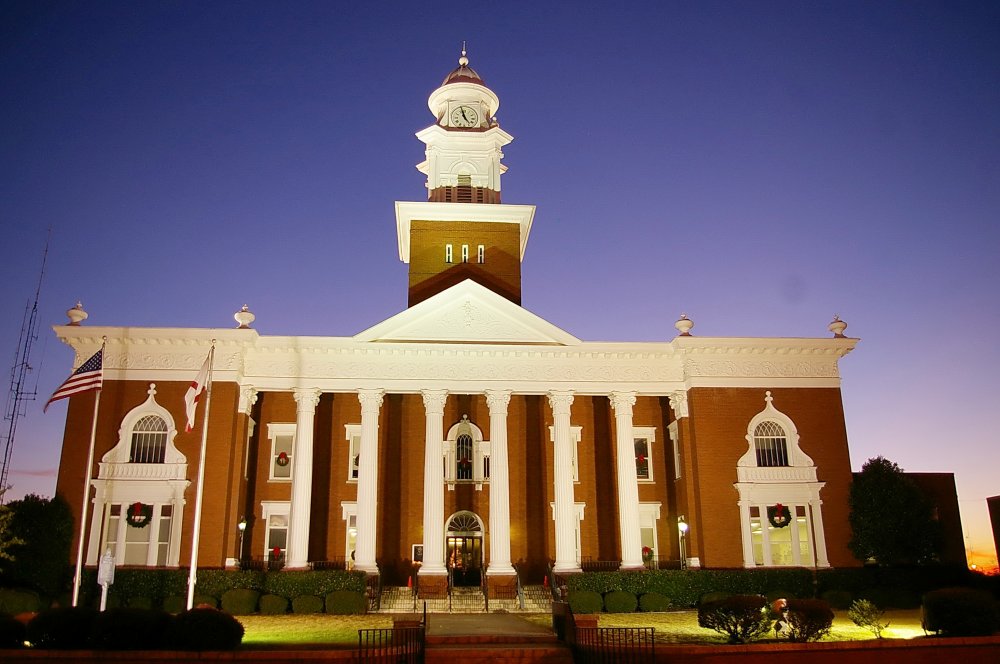 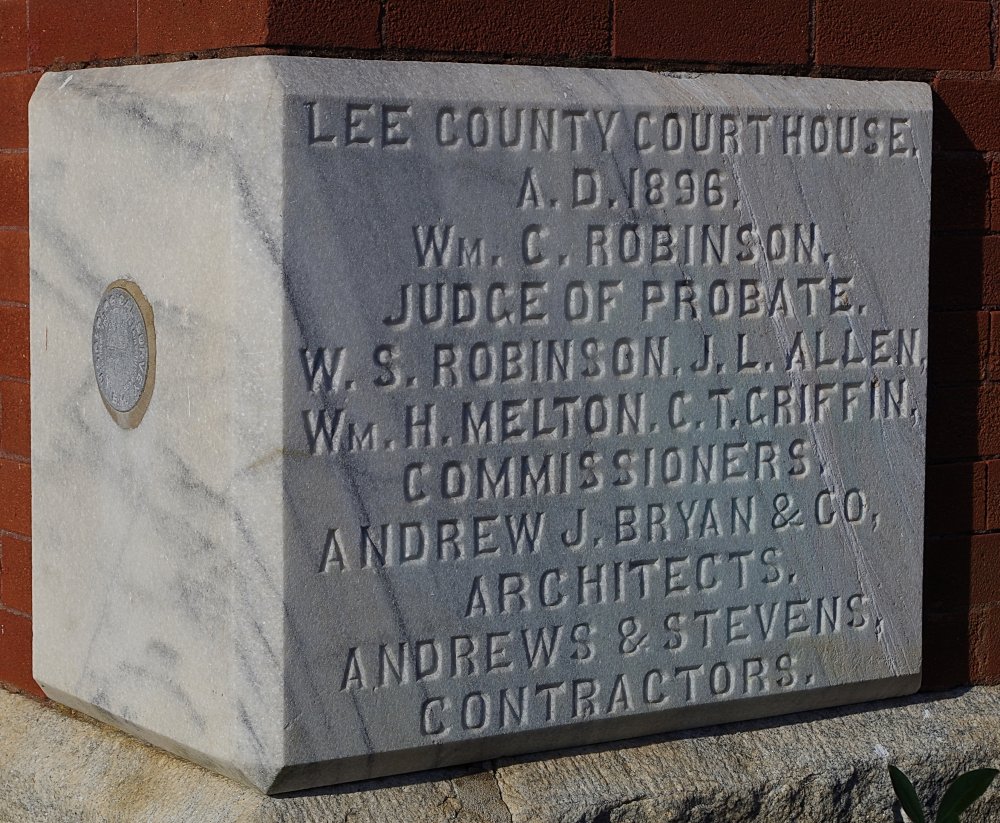 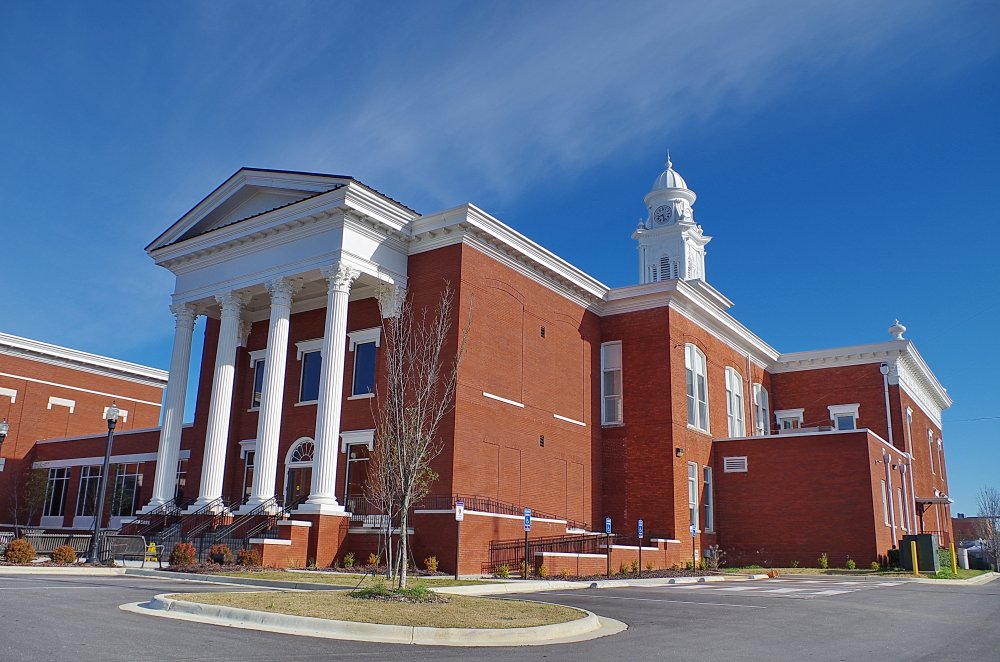 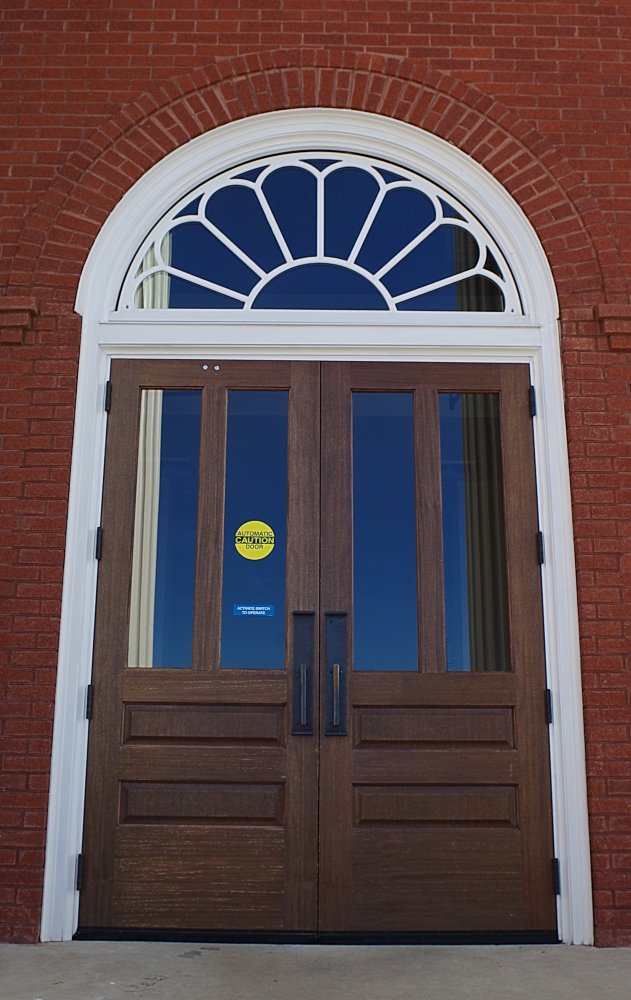 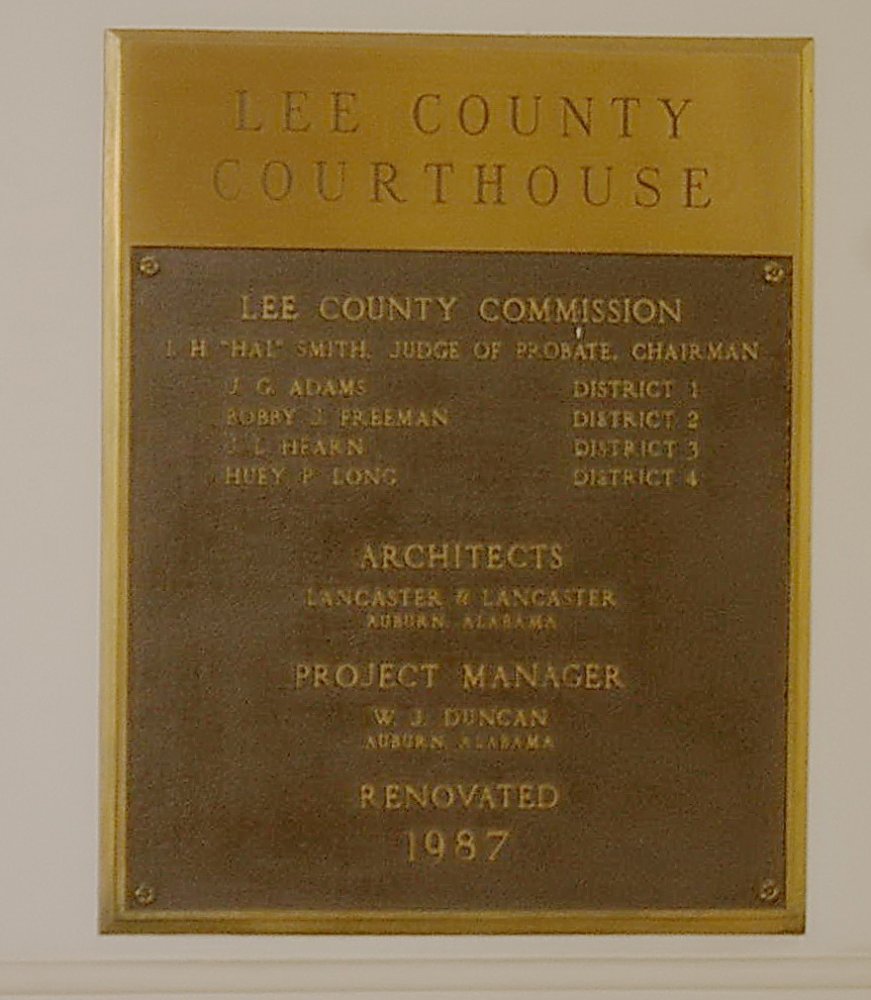 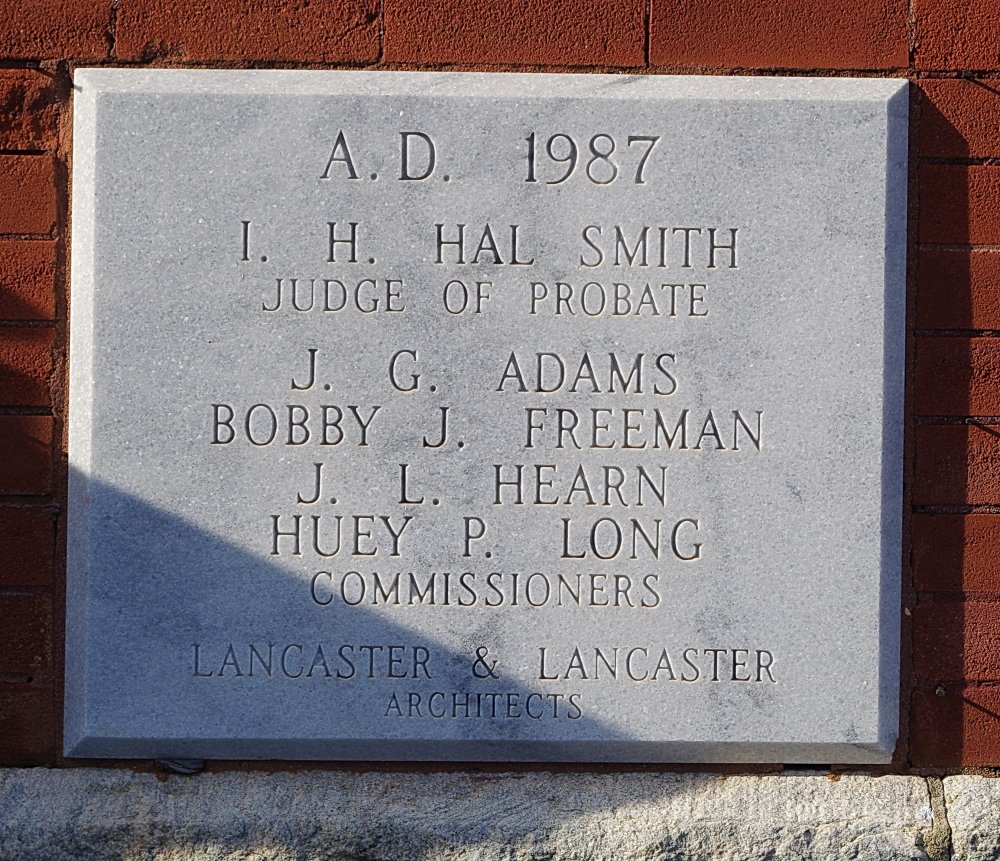