Simpson County is named for Josiah Simpson, who was a judge during the Mississippi Territory period. 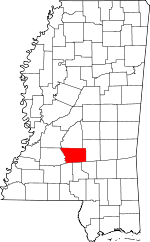 Description:  The building faces south and is a three story buff colored brick, stone and concrete structure. The rectangular shaped building is located on landscaped grounds in the center of Mendenhall. The south front has a large portico with four large columns rising to a pediment at the roof line. There is a balcony on the second story. The east and west ends of the building are rounded. A wide band runs below the roof line. On the center of the roof is a large octagonal dome with clock at the top. On the east and west are rounded domes on the roof. The interior has on-axis hallways which intersect on the first story. The courtroom occupies the western part of the second story with a curving balcony which rises into the third story. The ceiling has pressed metal and a cornice and the courtroom is lighted by one of the two saucer-domed cupolas. The building houses the County Circuit Court of the 13th Judicial District. The building was renovated in 1987 to 1988. The architect was Chemmer and Clark and the contractor was Leon C Miles Inc. The building was renovated in 2007. The architect was Barrance Architectural PLLC and the contractor was Mayrant & Associates, LLC.

See: The architect,  Andrew J Bryan, designed the courthouses in Alabama in Coffee County, Lee County and Monroe County; in Georgia in Colquitt County, Pulaski County and Stewart County; in Kentucky in Bracken Couinty and Mercer County; in Louisiana in Pointe Coupee Parish;  in Mississippi in Attala County; and in Texas in Rains County. Description:  The building faces south and is a two story buff colored brick and concrete structure. The building is located in the center of Mendenhall. The south front has a recessed section on the east half of the first story. The second story has vertical dividers between the windows. The roof line is flat. On the east side is the County Multi Purpose Building. The building houses the County Chancery Court and County Youth Court. 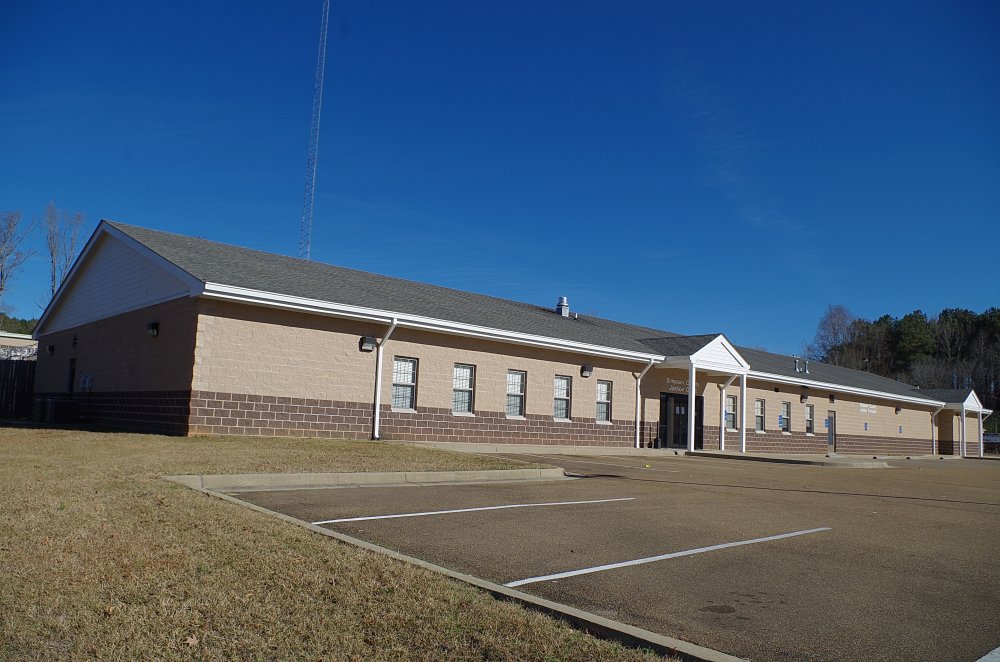 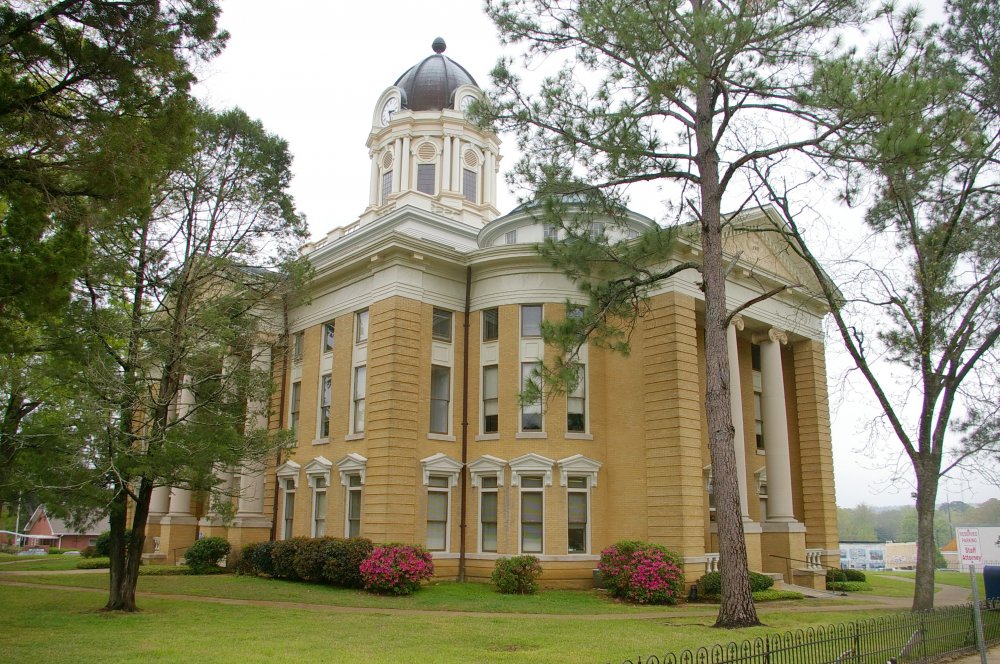 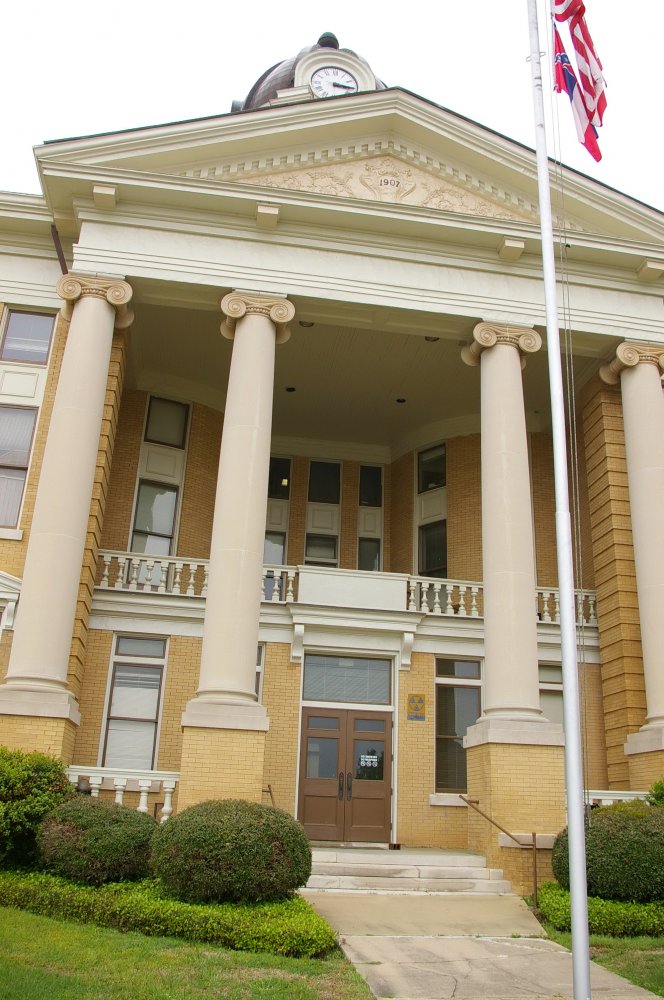 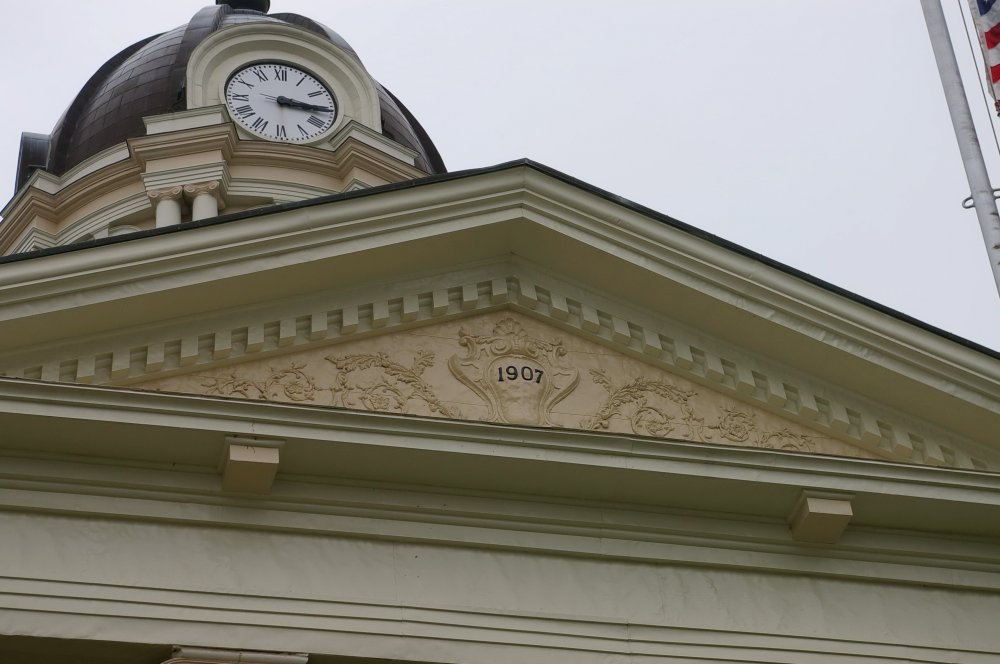 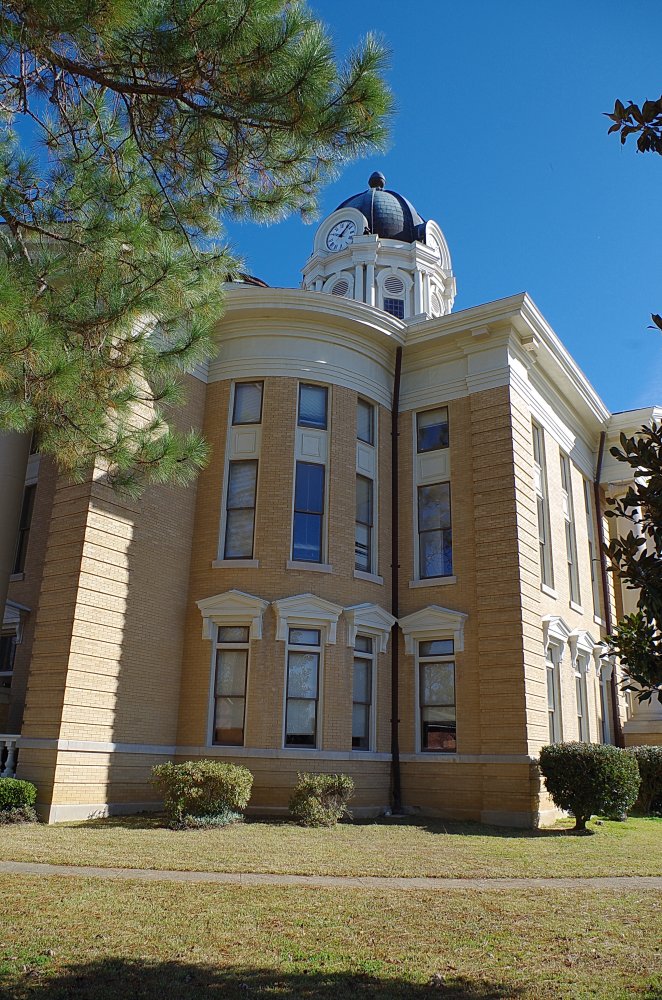 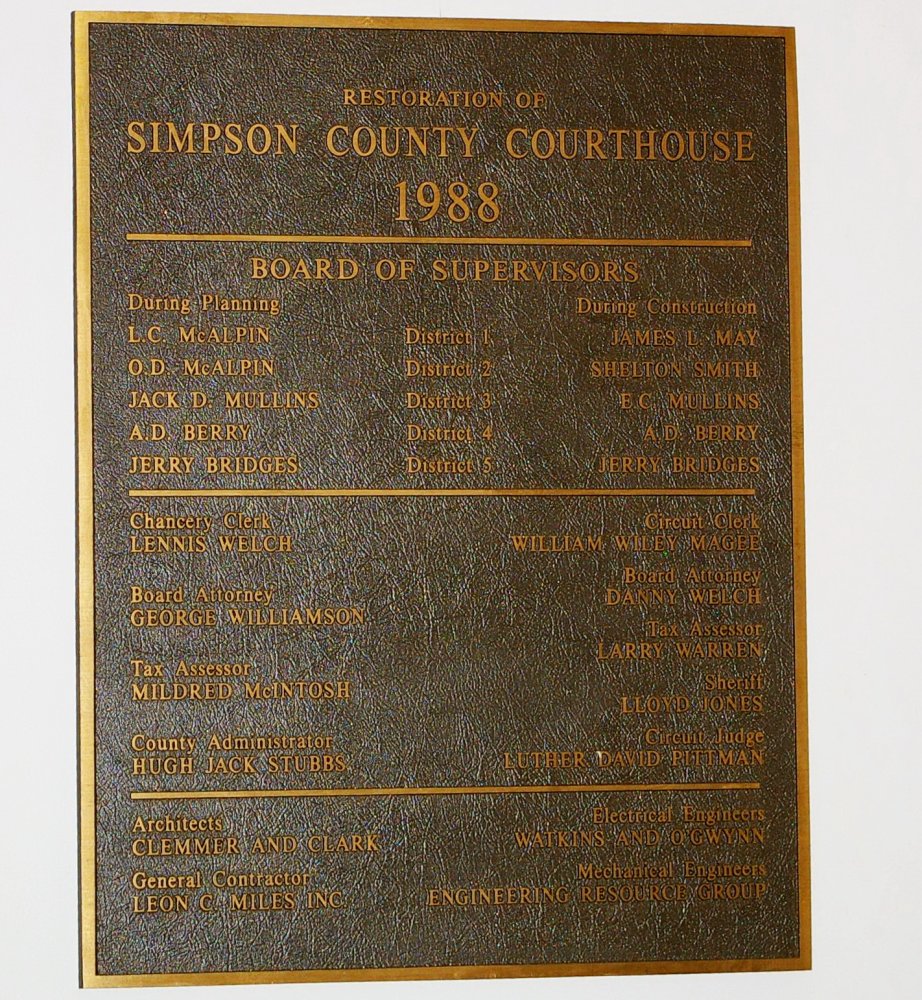