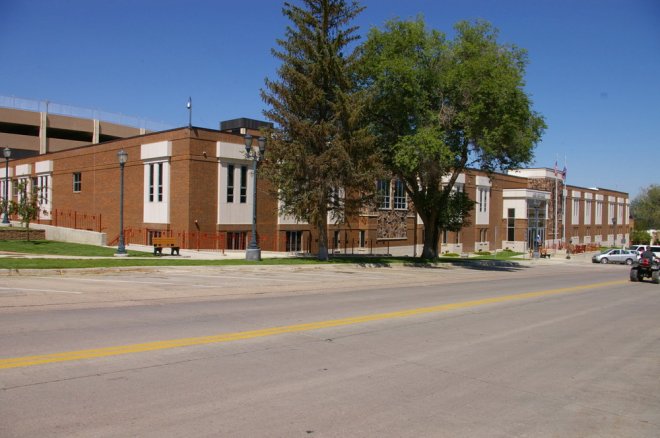 Campbell County is named for John Allen Campbell, who was the first Governor of the Wyoming Territory.

Description:  The building faces east and is a two story red-brown colored brick, stone and concrete structure. The building is located on landscaped grounds in the center of Gillette. The east front has a central entrance on the first story which projects from the main building and has flagstone vertical sections on each side of the entrance. There are white colored concrete blocks around the windows. The roof line is flat. The building houses the County District Court and County Circuit Court of the 6th Judicial District. The North Addition was constructed in 1980 to 1982. The building was remodeled in 1986 adding courtrooms A and B. In 2004 to 2005, the Vault Addition on the south side was constructed. The architect was Schultz Foss Architects and the contractor was Van Ewing Construction Inc.

History:  The county was created in 1911 and Gillette was selected as the county seat. The first courthouse was a small one story frame structure located at 4th Street and Kendrick Avenue. In 1924, the county purchased thea two story brick house owned by John T Daly and his wife located at Gillette Avenue and 5th Street. The second courthouse was converted for use as a courthouse. The architect was Randall & Jorday and the contractor was N A Pearson. A reinforced concrete addition with courtroom on the second story was constructed. The third and present courthouse was constructed in 1970 to 1971 at a cost of $900,000. The cost of the 1980 to 1982 addition was $1,800,000 and the 2004 to 2005 addition was $10,700,000. 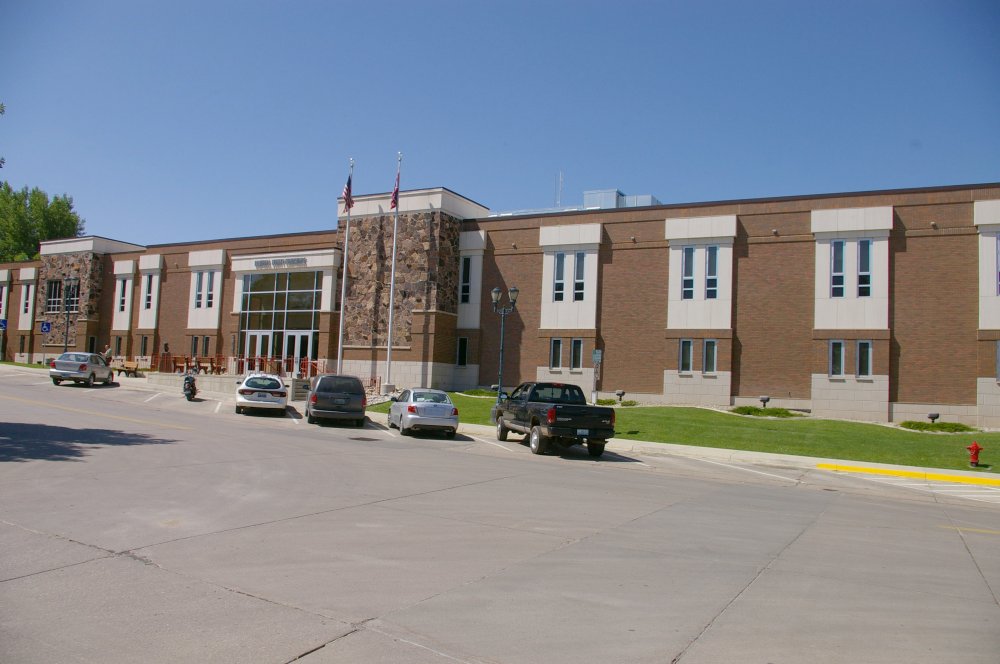 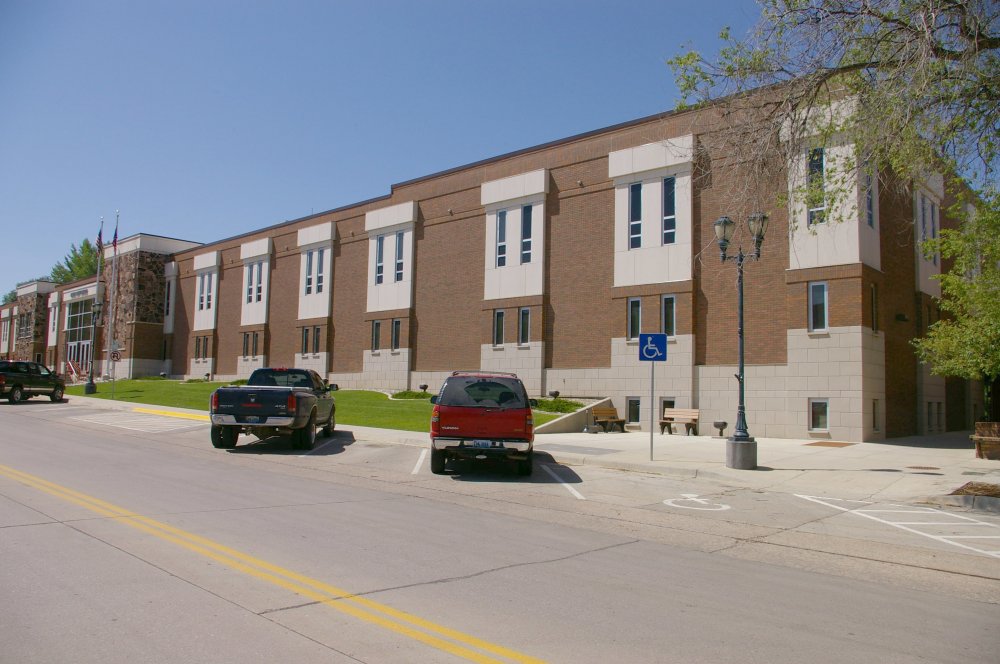 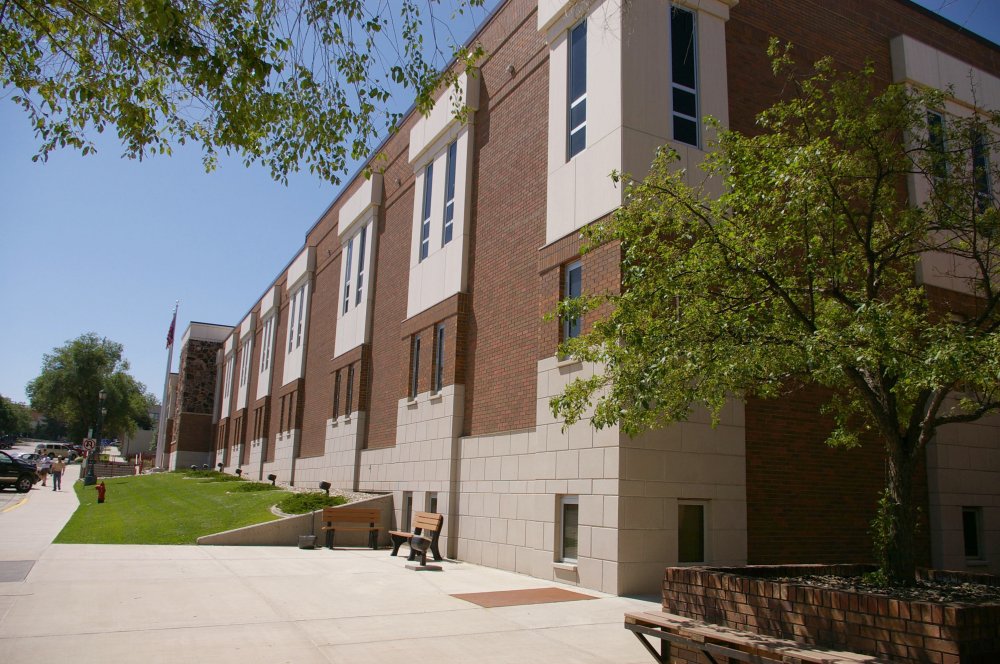 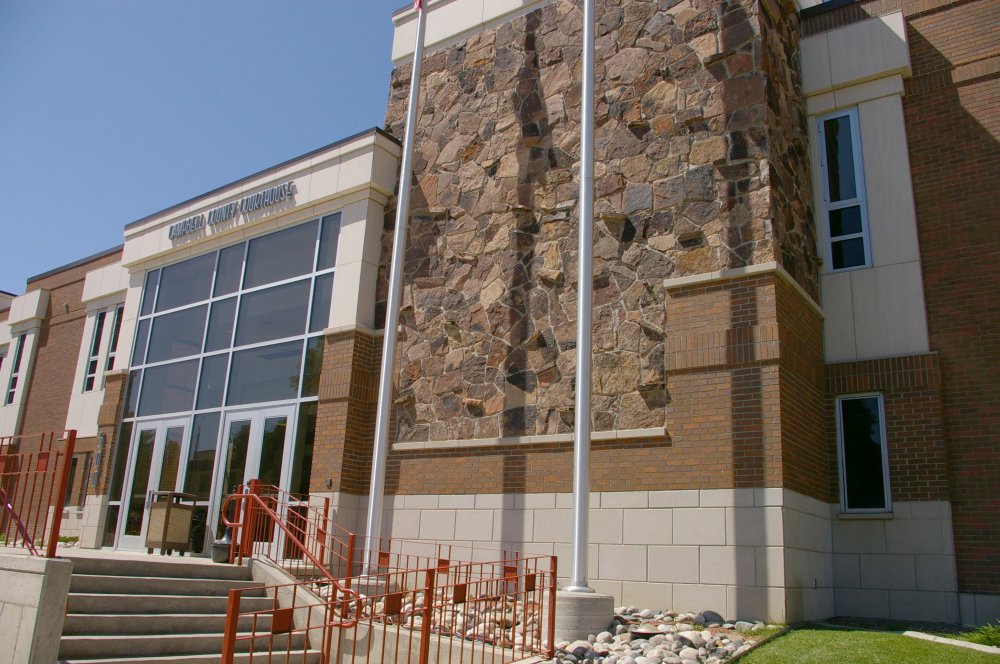 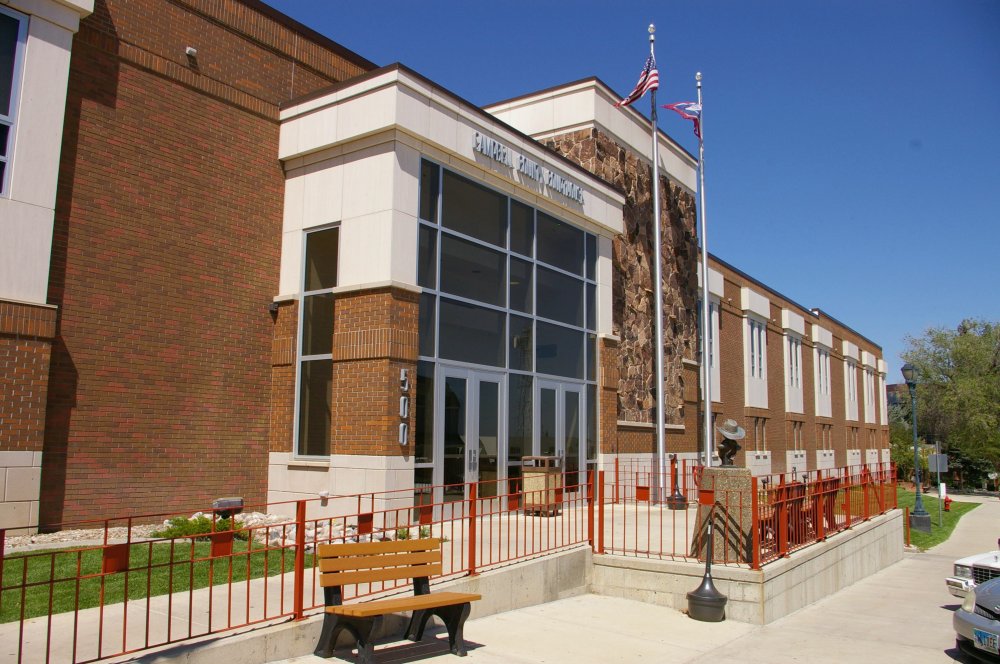 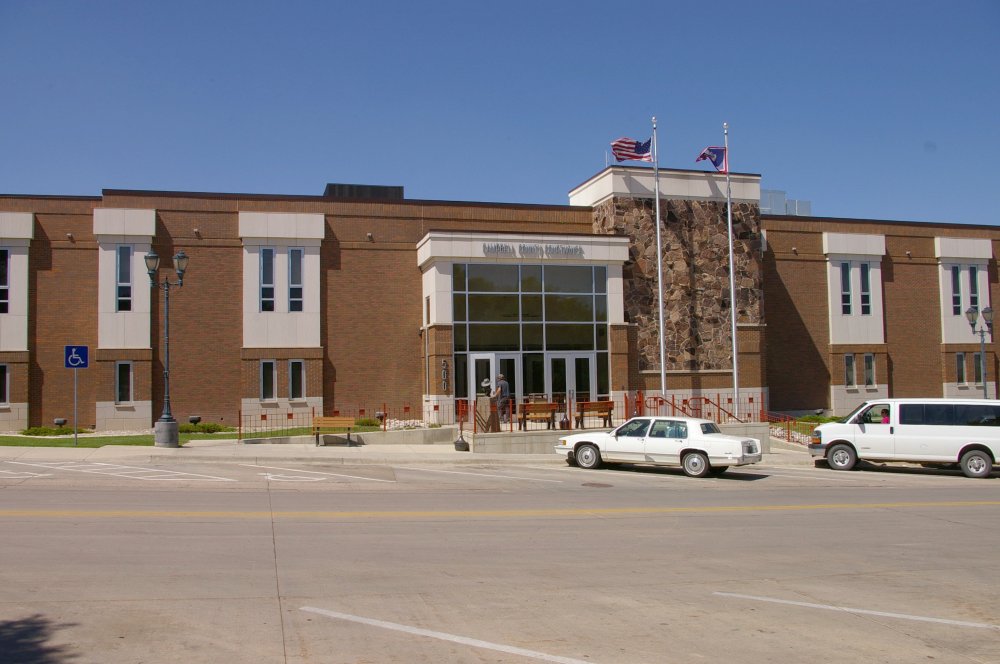 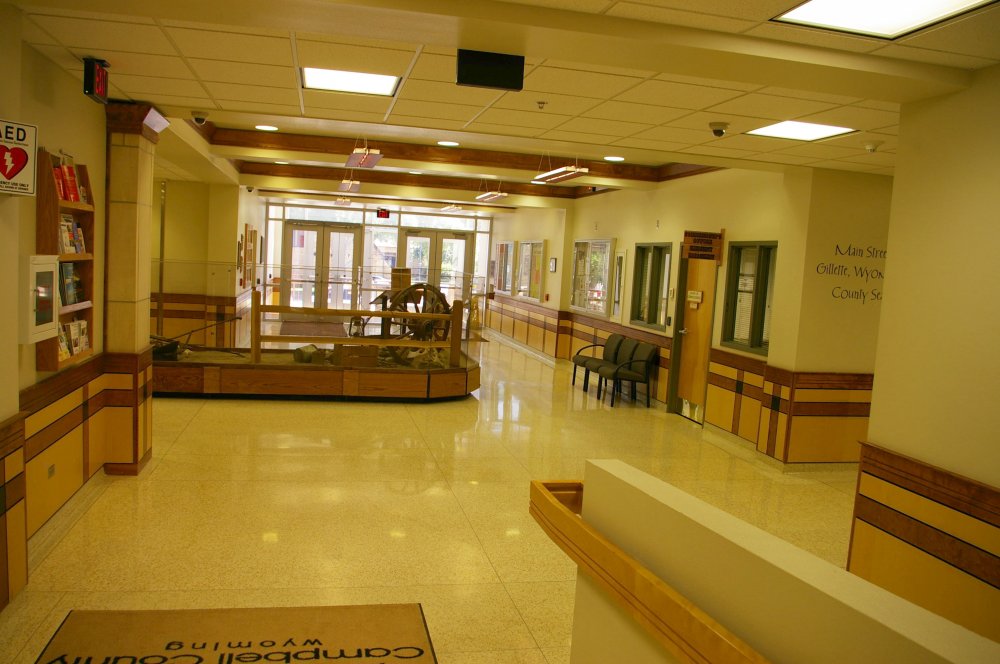 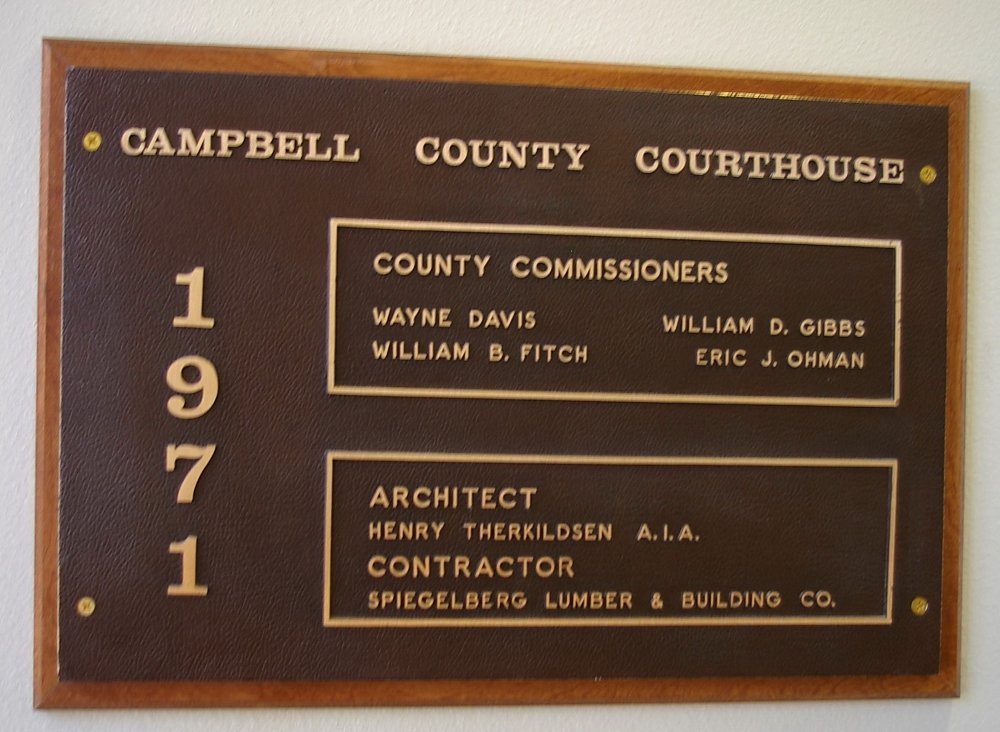 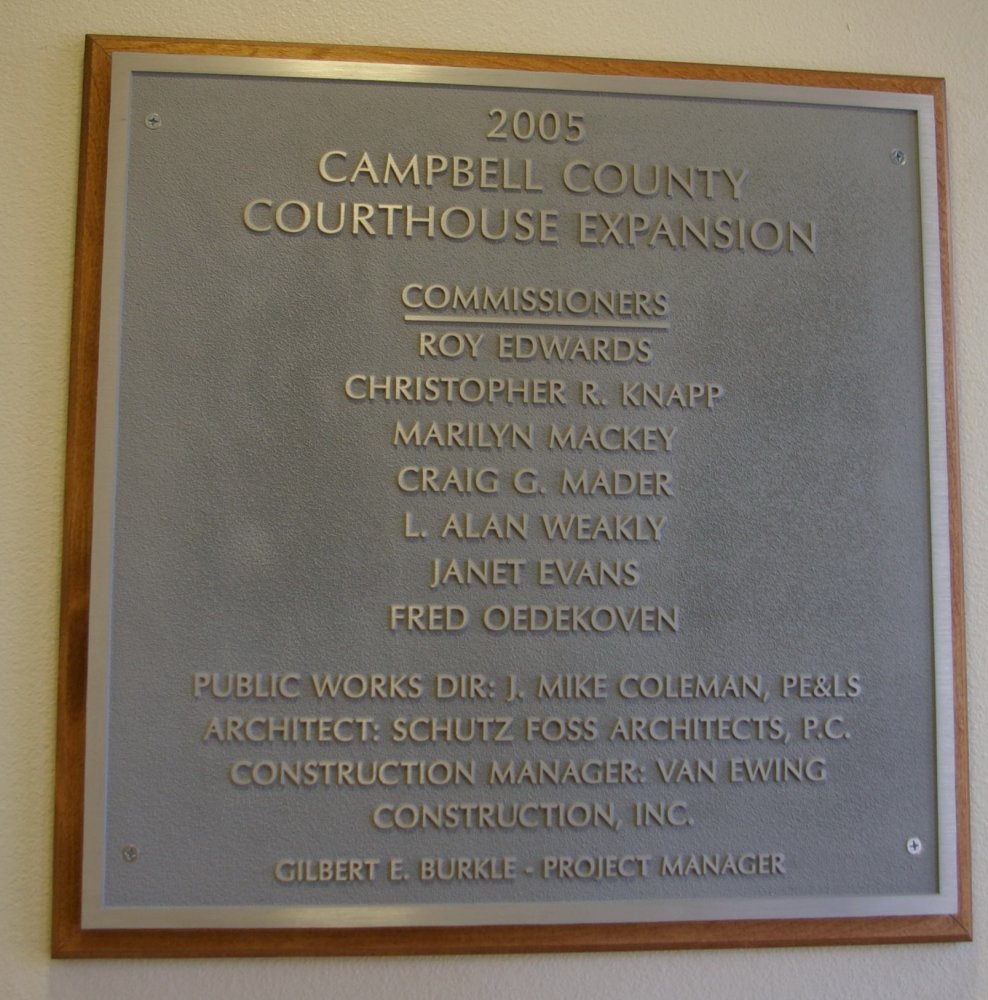