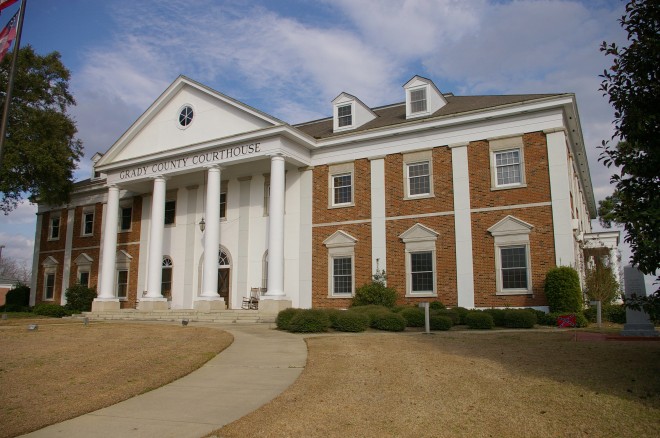 Grady County is named for Henry W Grady, who was an editor or orator from Athens, Georgia. 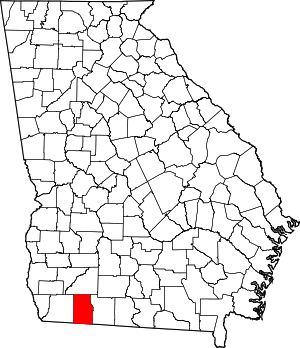 Description:  The building faces west and is a two story red colored brick and concrete structure. The building is located on spacious landscaped grounds in the center of Cairo. The west front has a large portico supported by four large white colored columns rising to a pediment at the roof line. Behind the portico is white colored facade. Vertical white colored dividers separate the windows. A wide horizontal band runs below the roof line. On the roof are two small dormers on either side of the portico. On the north and south sides are small porticoes. The courtroom is located on the second story. 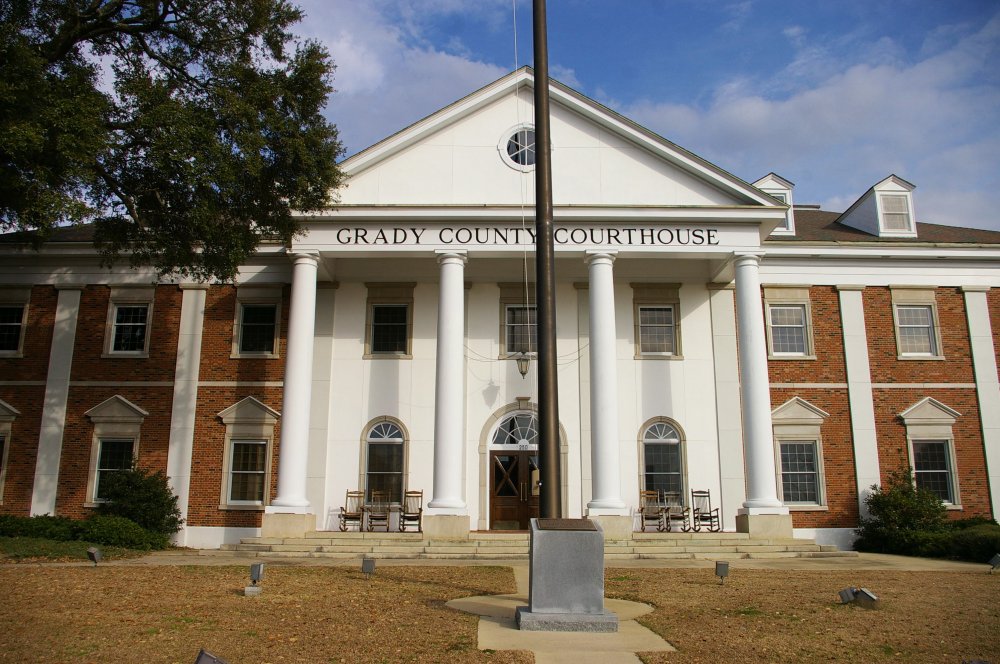 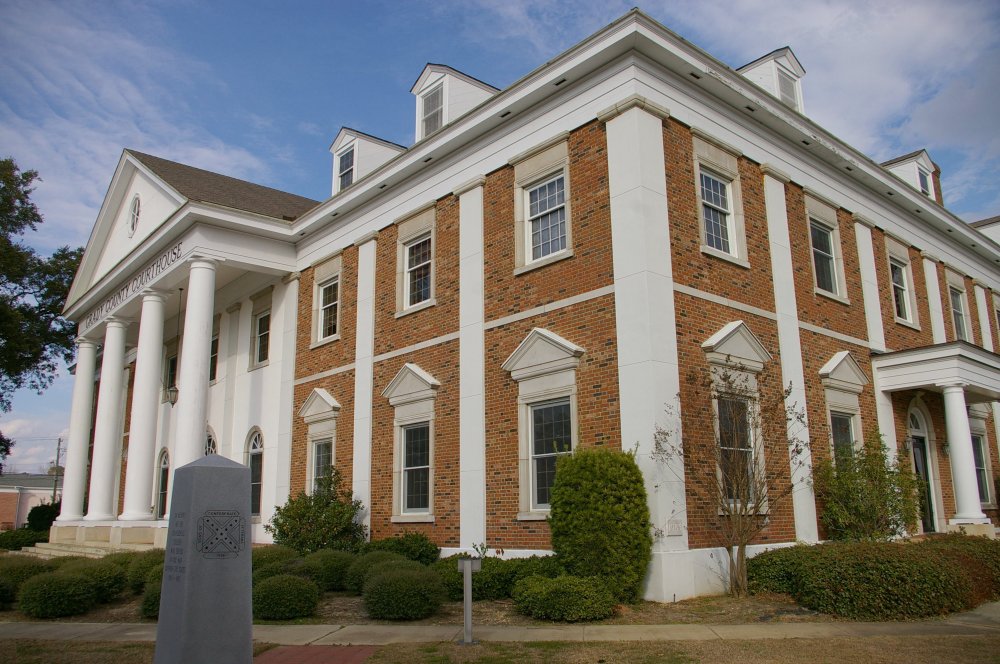 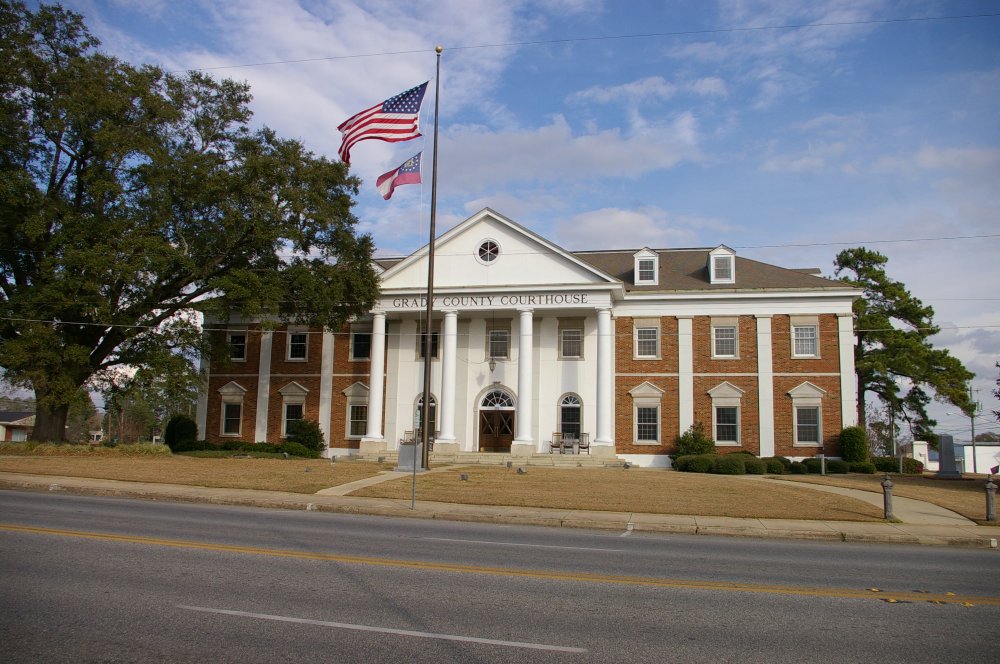 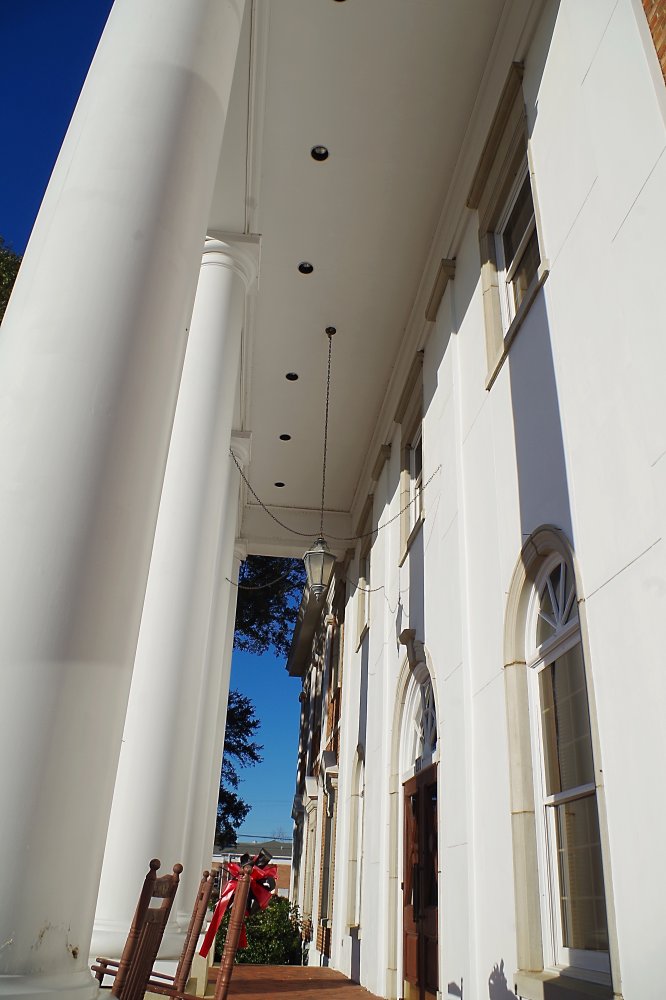 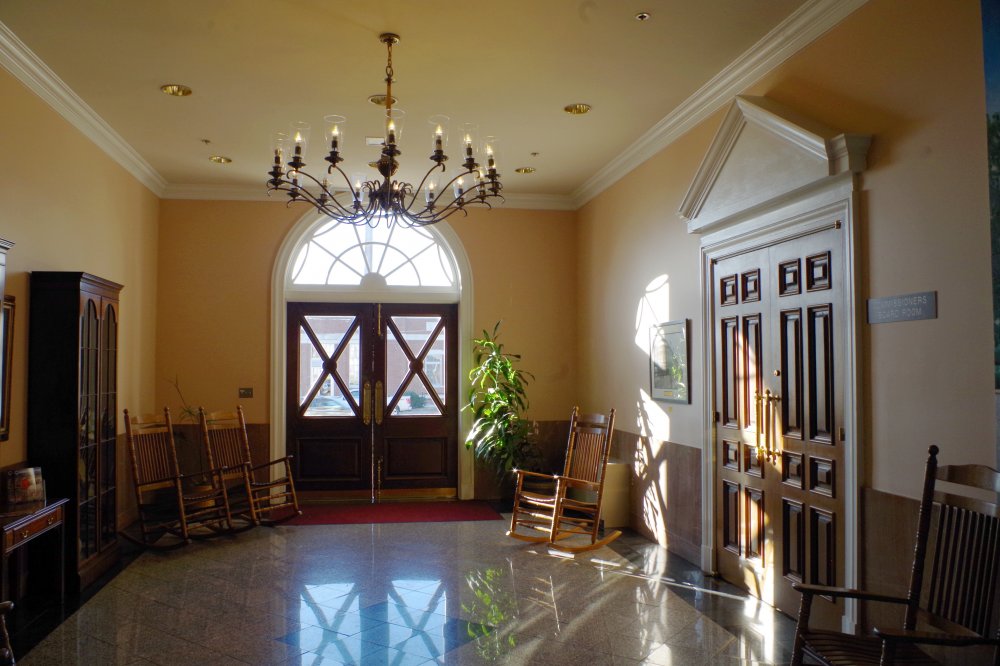 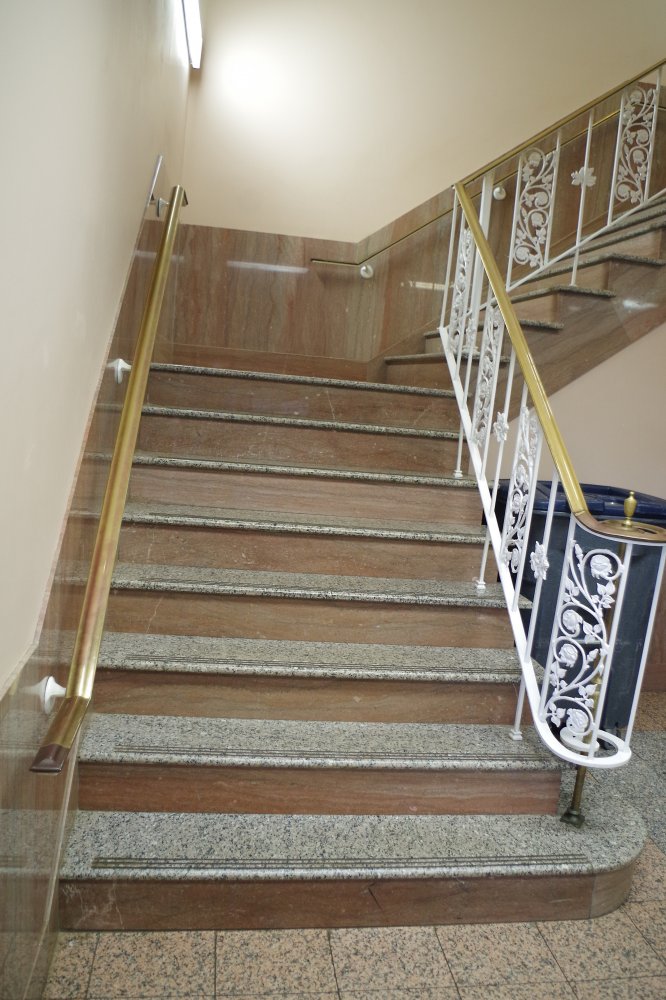 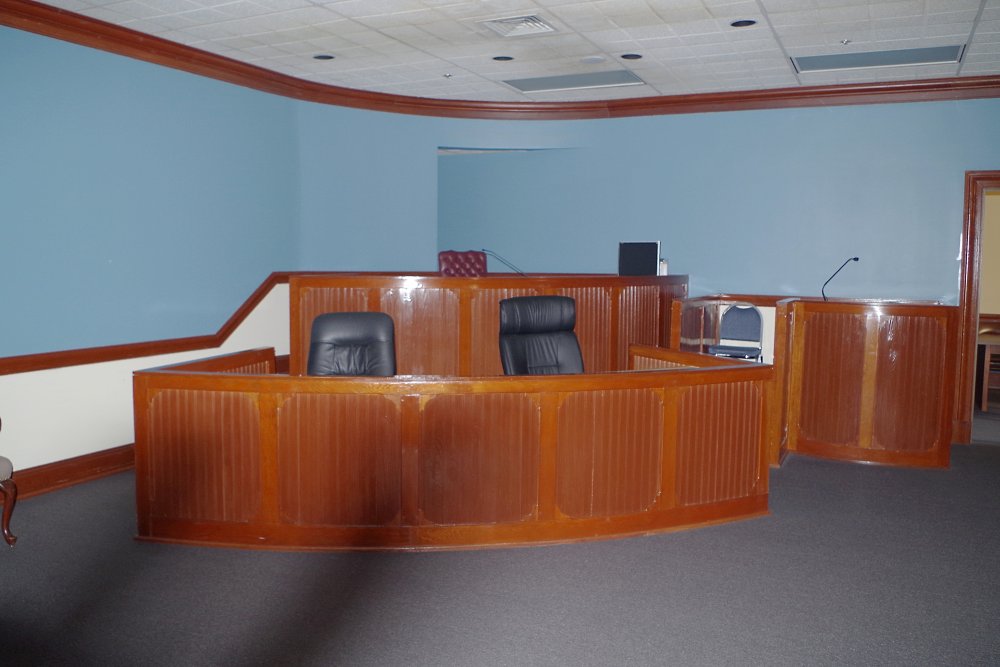