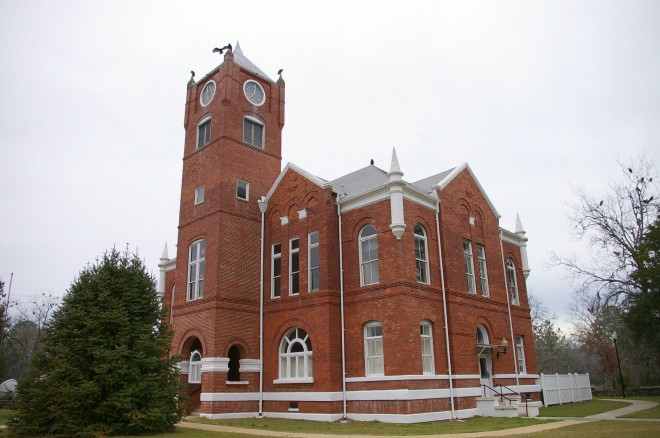 Baker County is named for John Baker, who was a member of the Provincial Congress of Georgia in 1775 and who served in the American Revolutionary War. 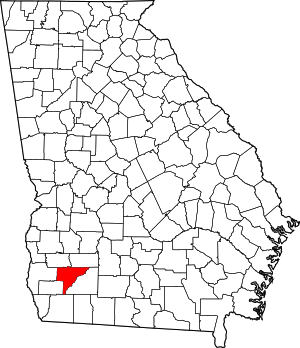 Description:  The building faces south and is a two story red colored brick, stone and concrete structure. The building is located on spacious landscaped grounds on the southeast side of the center of Newton.  In the center of the south front is a four story red colored brick clock tower with peaked roof. On either side the building rises to a peaked roof line. On each corner is a small round white tower with steep roof. The large courtroom is located on the second story. 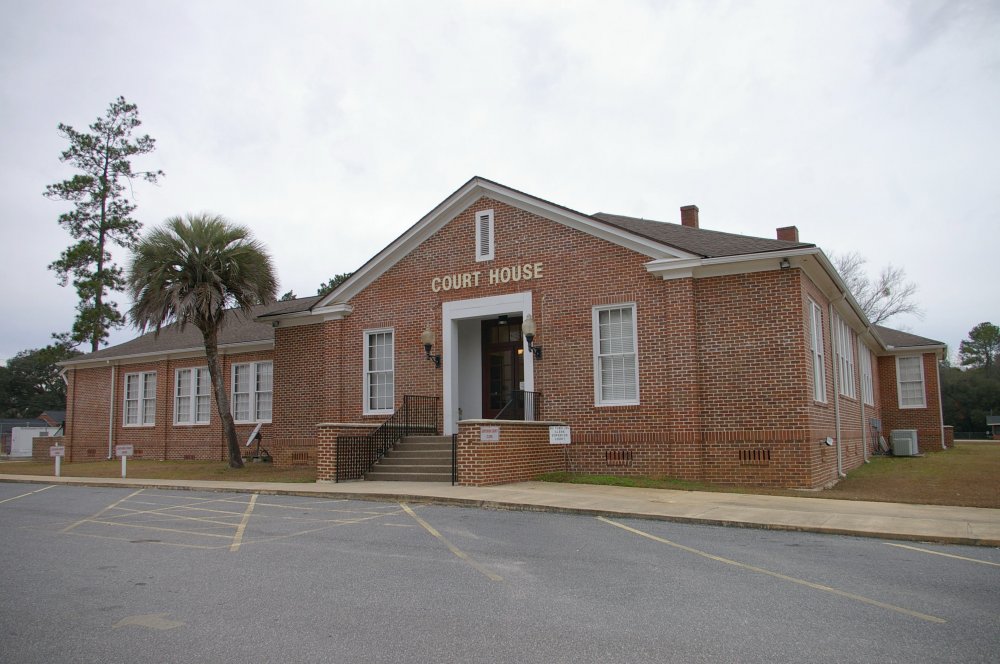 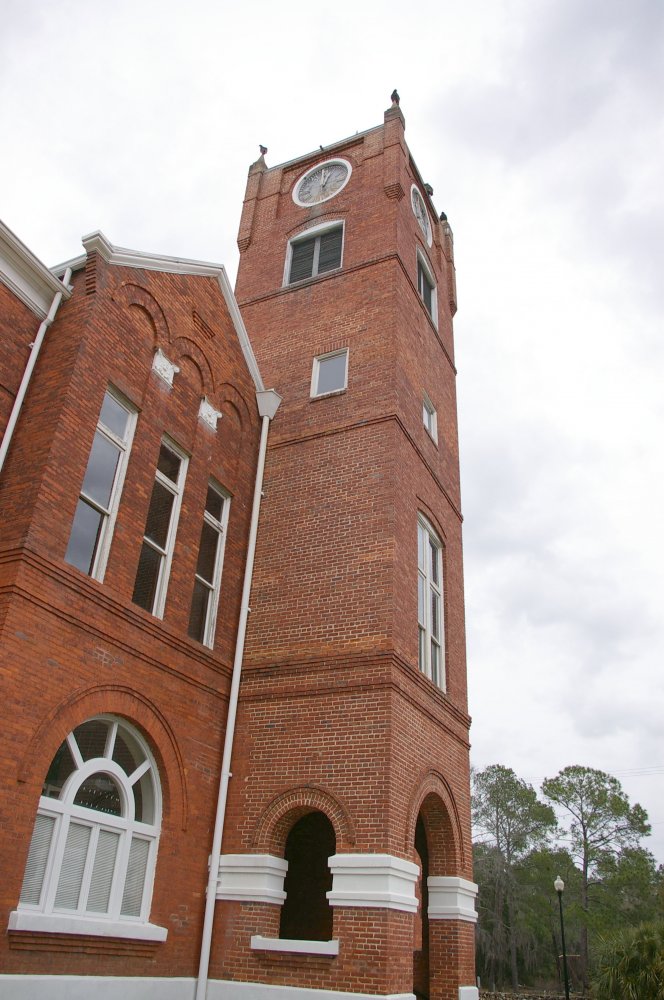 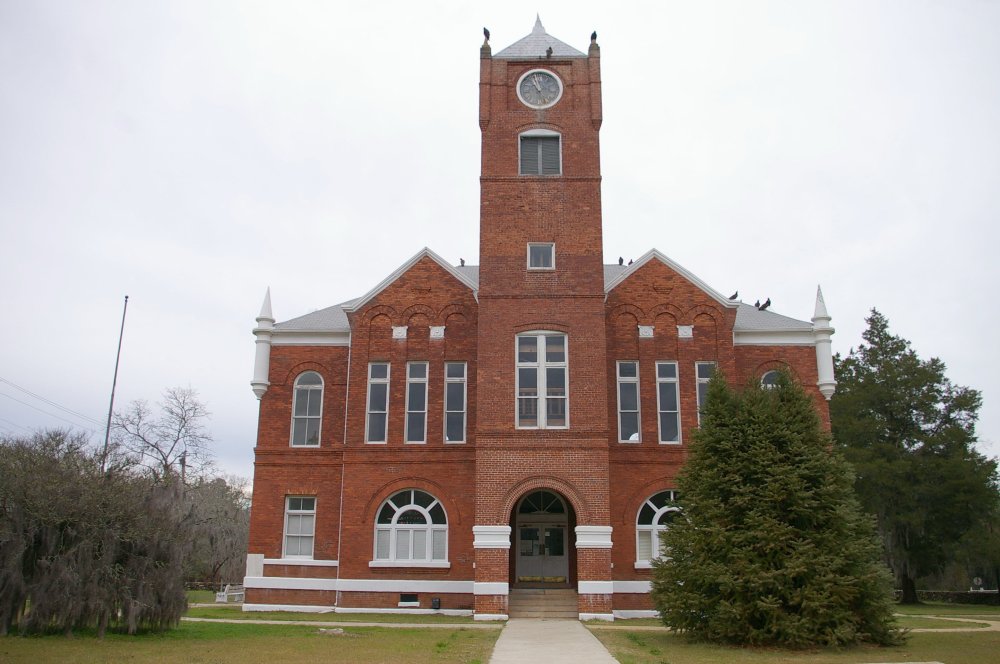 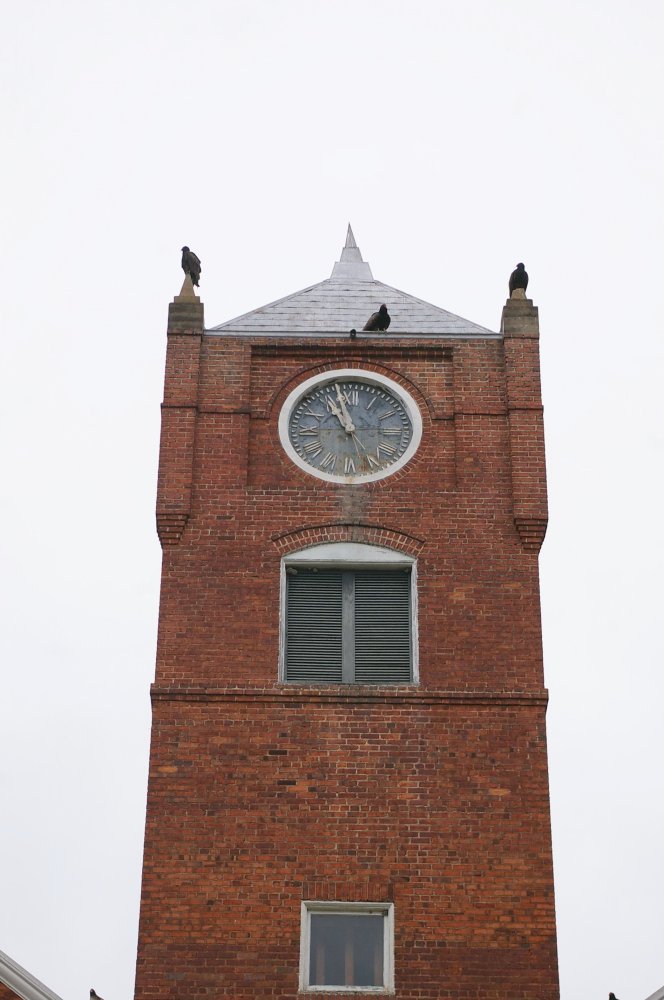 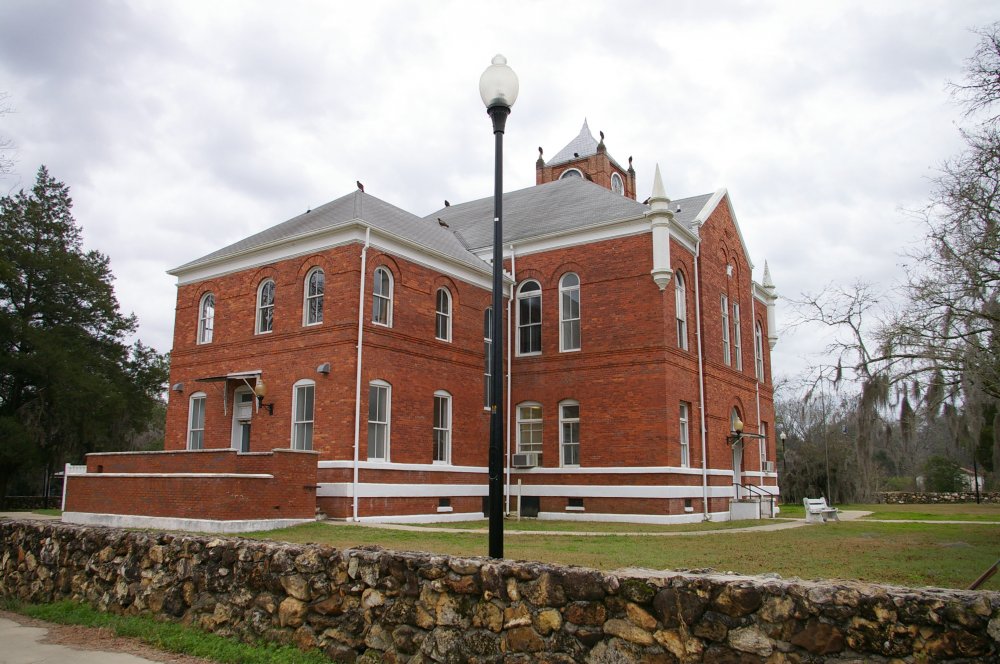 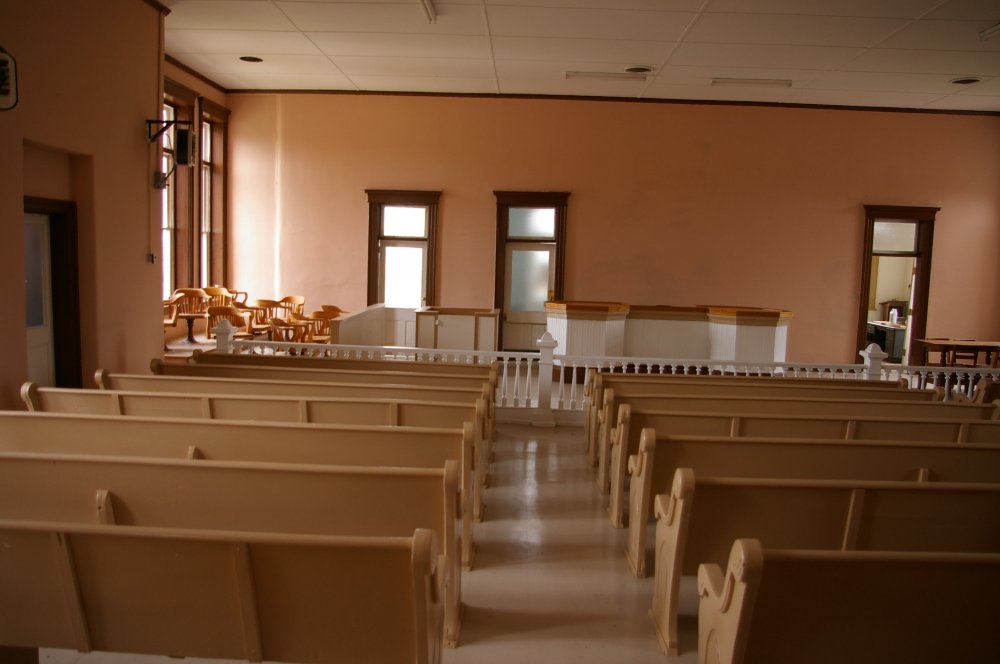 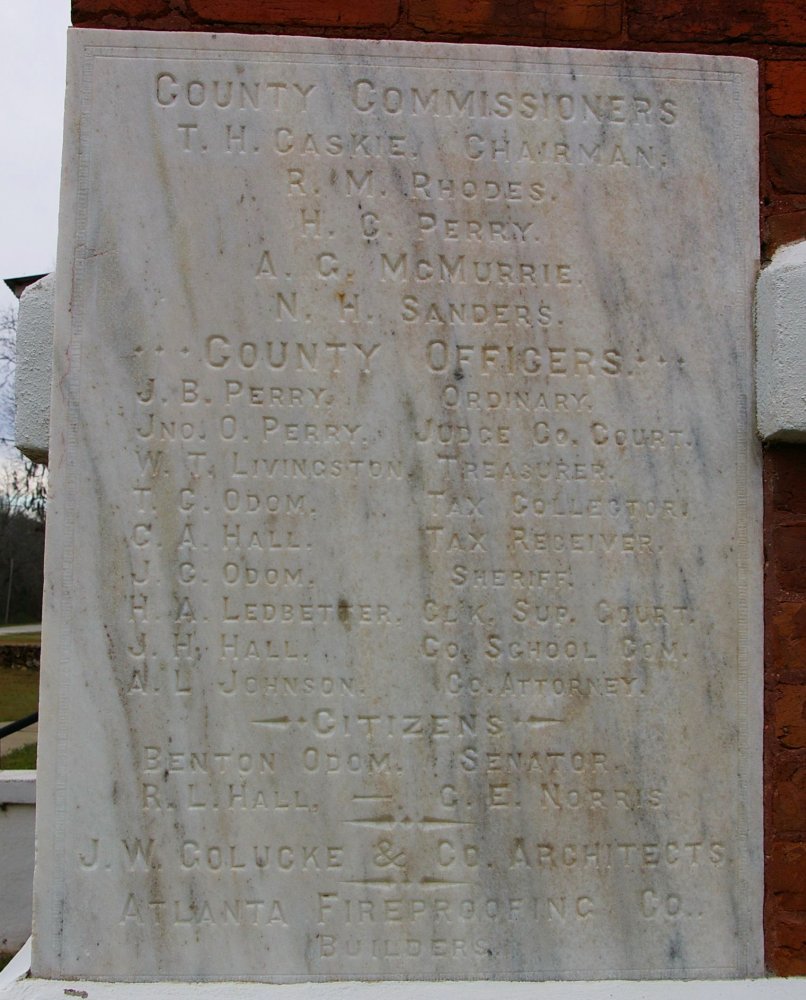 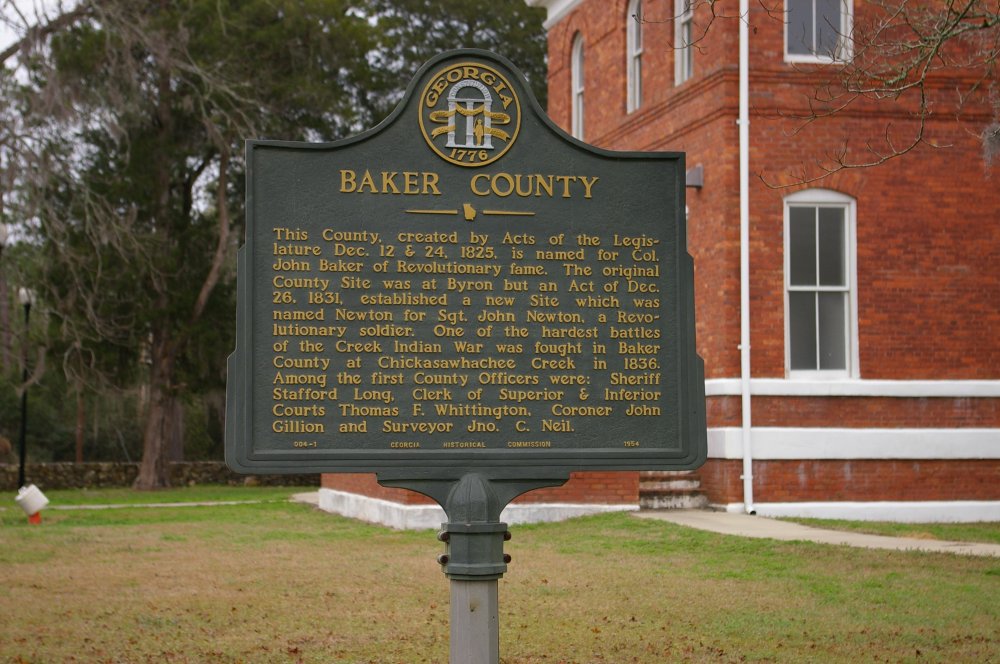 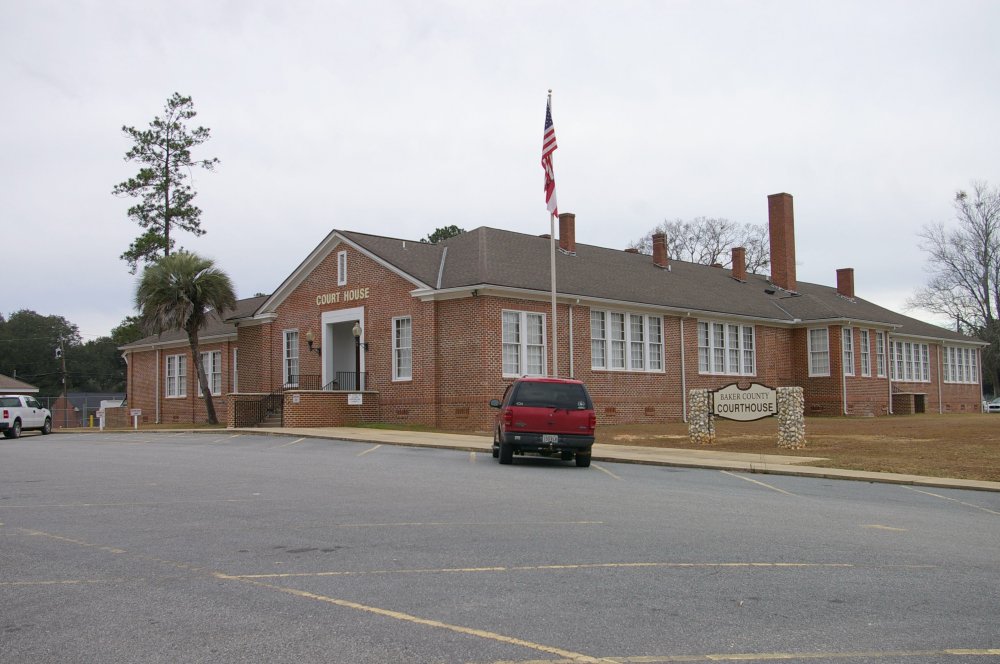 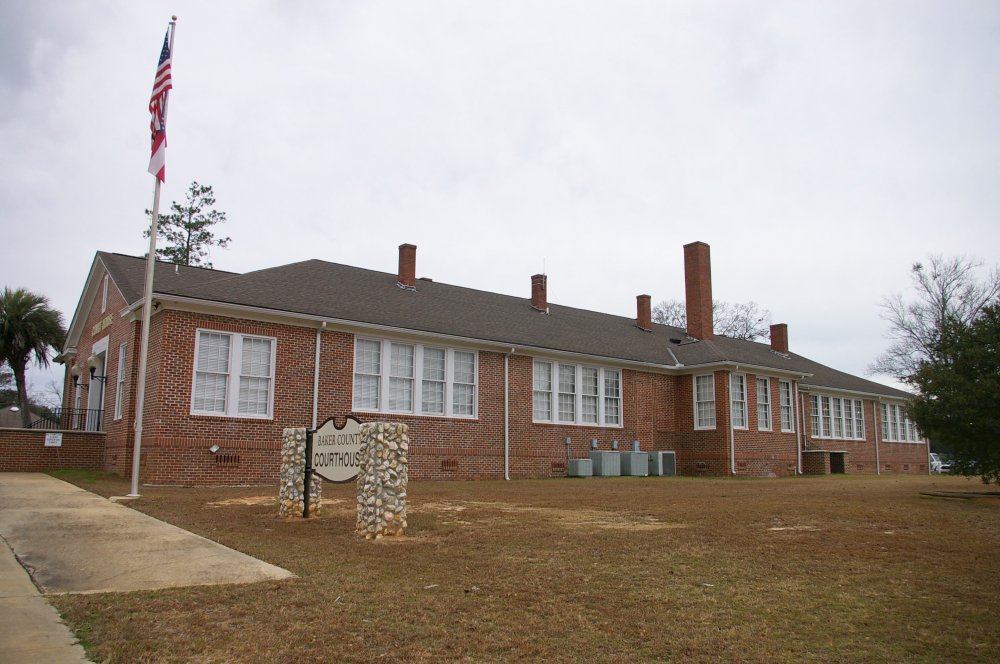 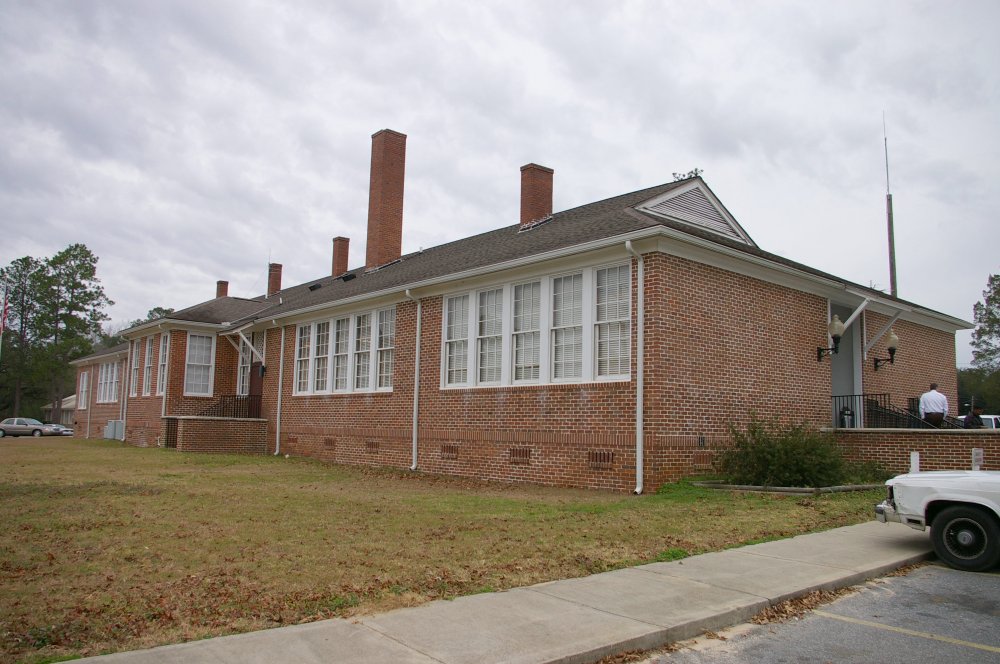 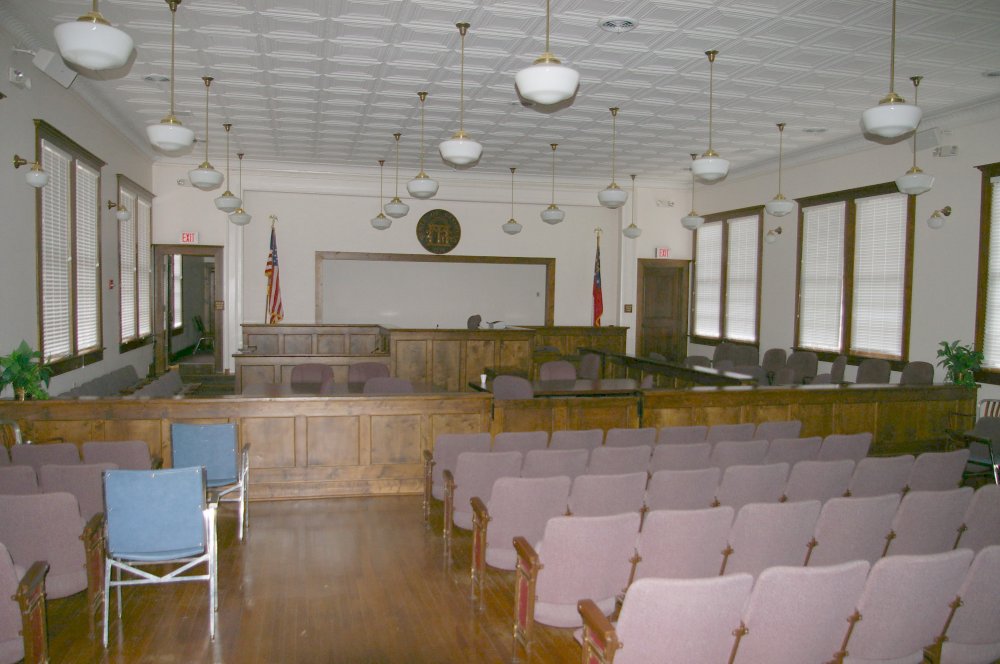