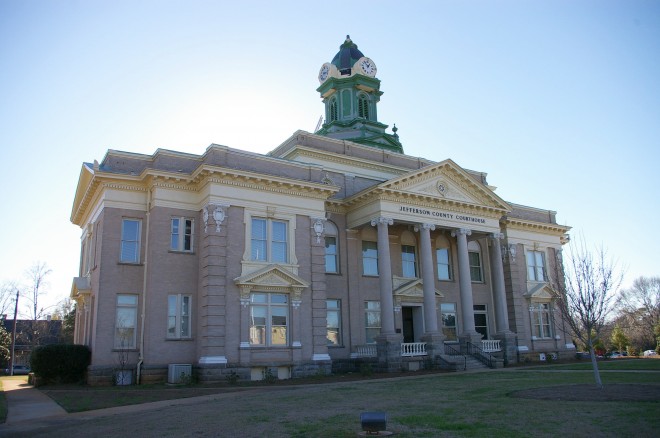 Jefferson County is named for Thomas Jefferson, who was the third President of the United States. 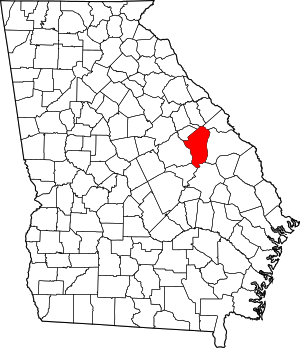 Description:  The building faces northeast and is a two story gray colored stone and concrete structure. The building is located on spacious landscaped grounds in the center of Louisville and has a large portico supported by four large columns rising to pediment at the roof line. There are small pediments over the projecting first story windows. A wide horizontal band runs beneath the roof cornice. A high rectangular section is located in the center of the roof with an octagonal green cupola with clock rising in the center. The courtroom is located on the second story. The building was renovated in 1990. The architect was Dort B Payne and the contractor was Blalock & Blalock.

History: The first court met at private residences, the Louisville Academy and an old coffee house, between 1806 to 1816. The old State Capitol, a red colored brick Georgia style building erected in 1796 was purchased and became the first courthouse. In 1848, the second courthouse was built using material from the former courthouse. The third and present courthouse was constructed in 1904 to 1905. 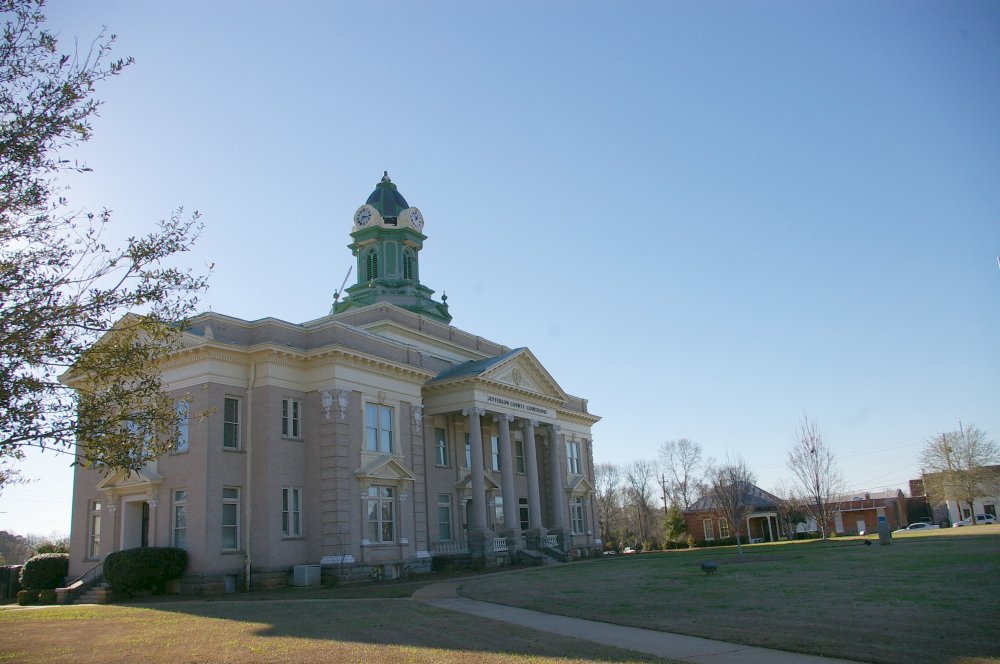 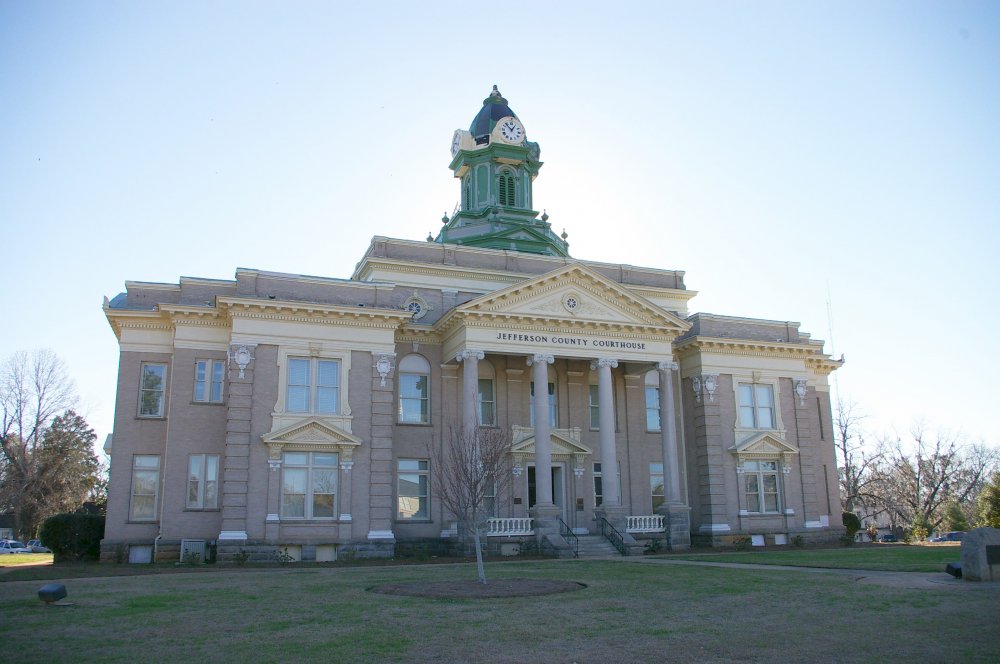 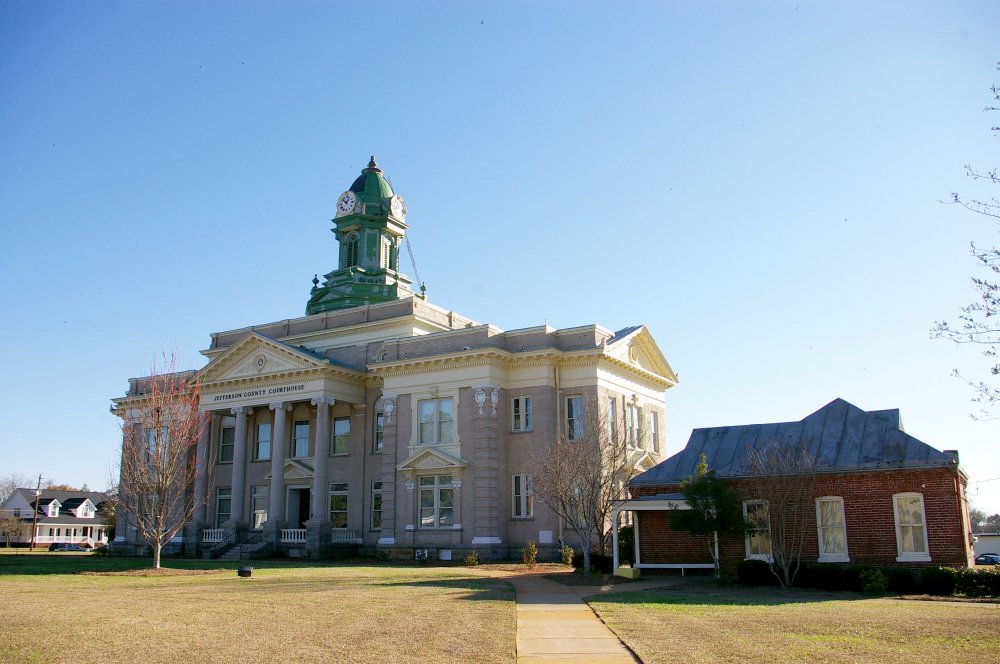 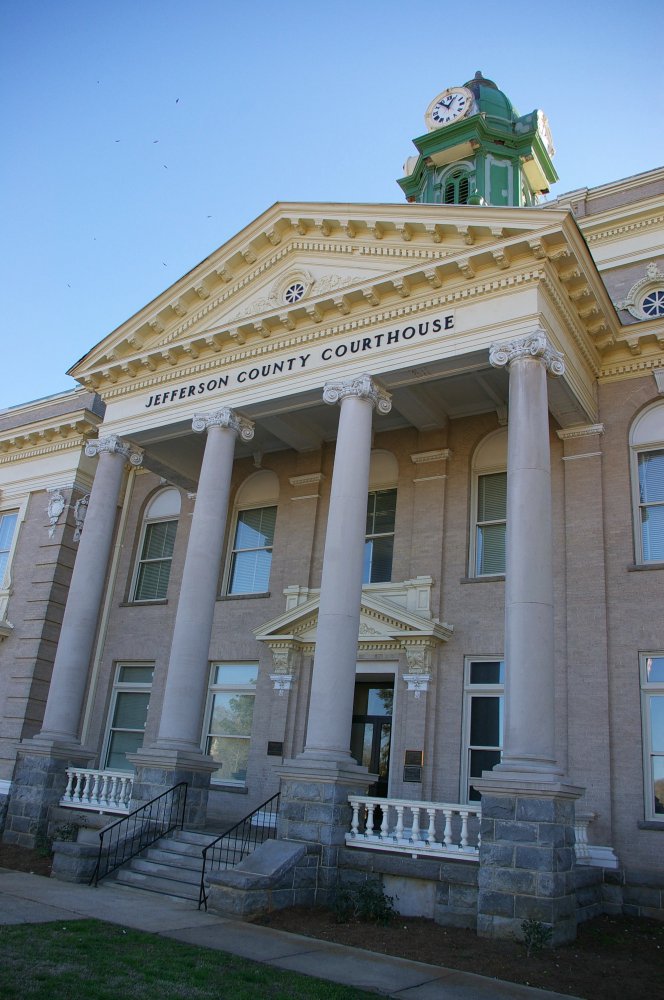 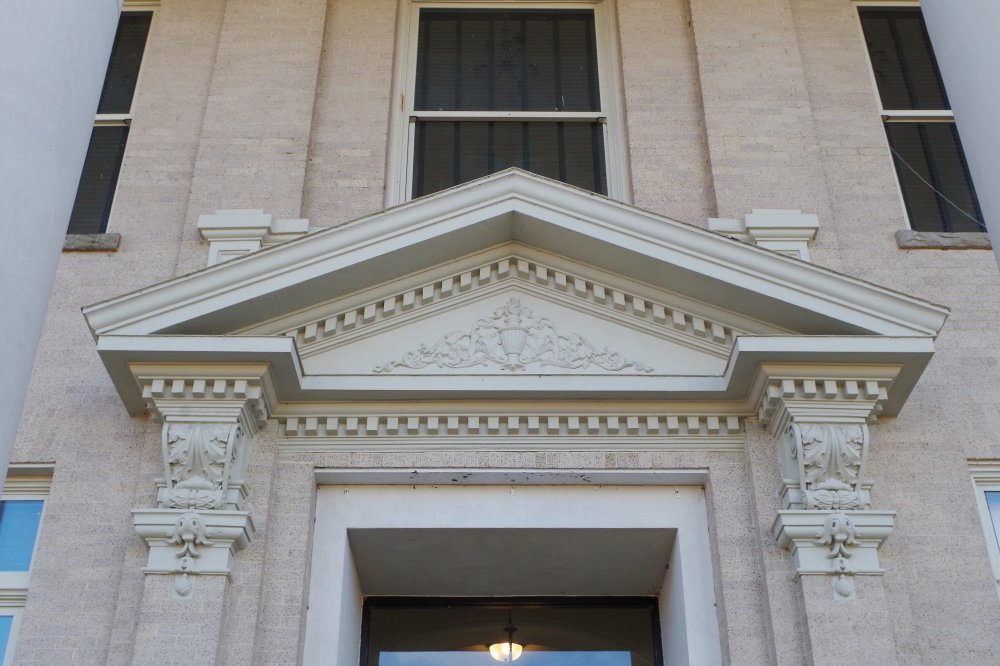 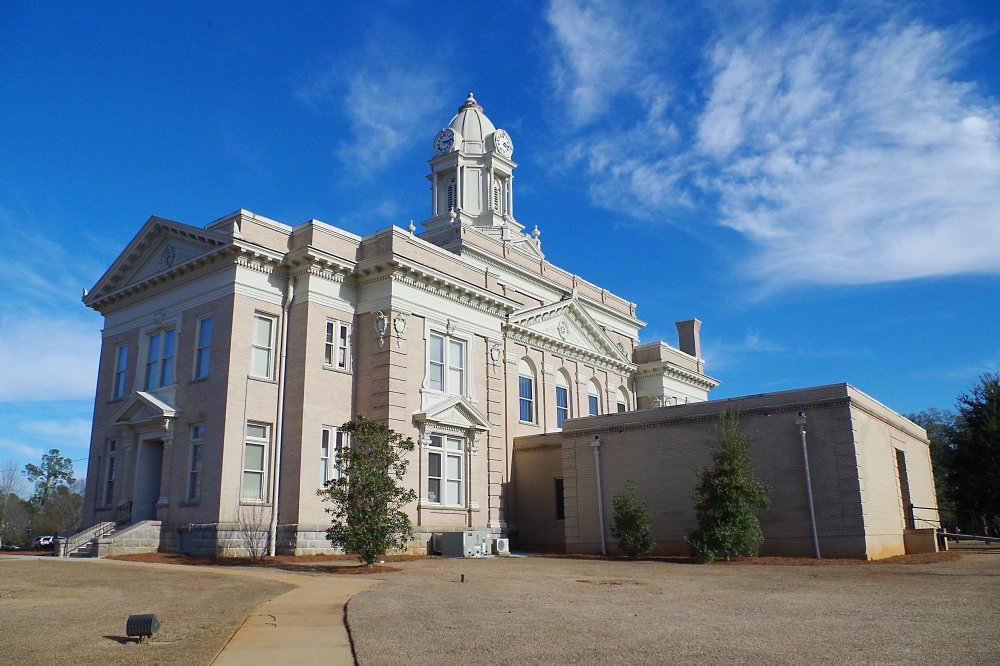 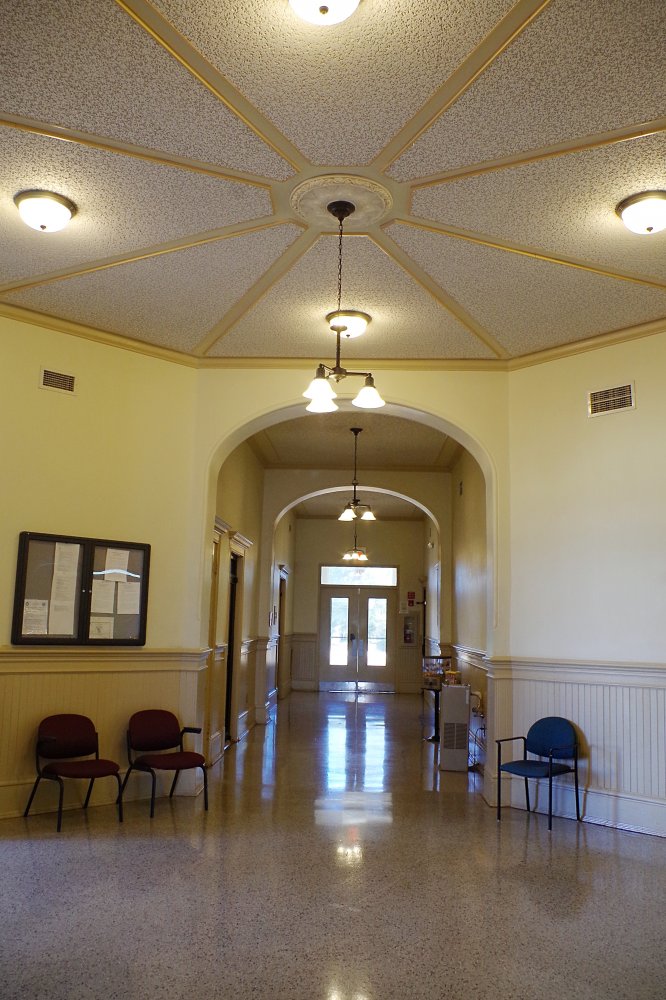 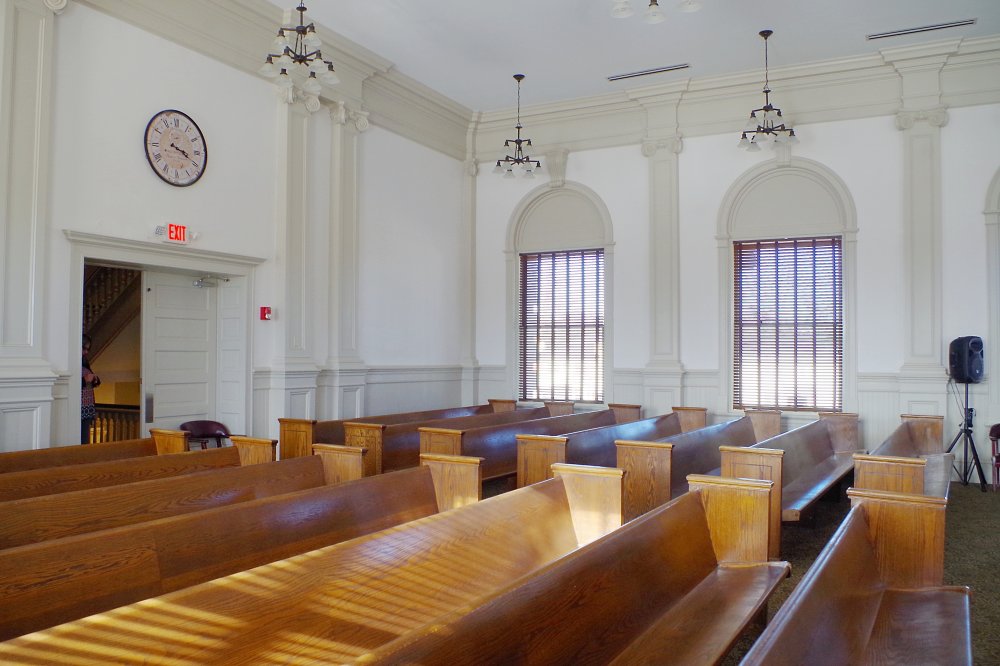 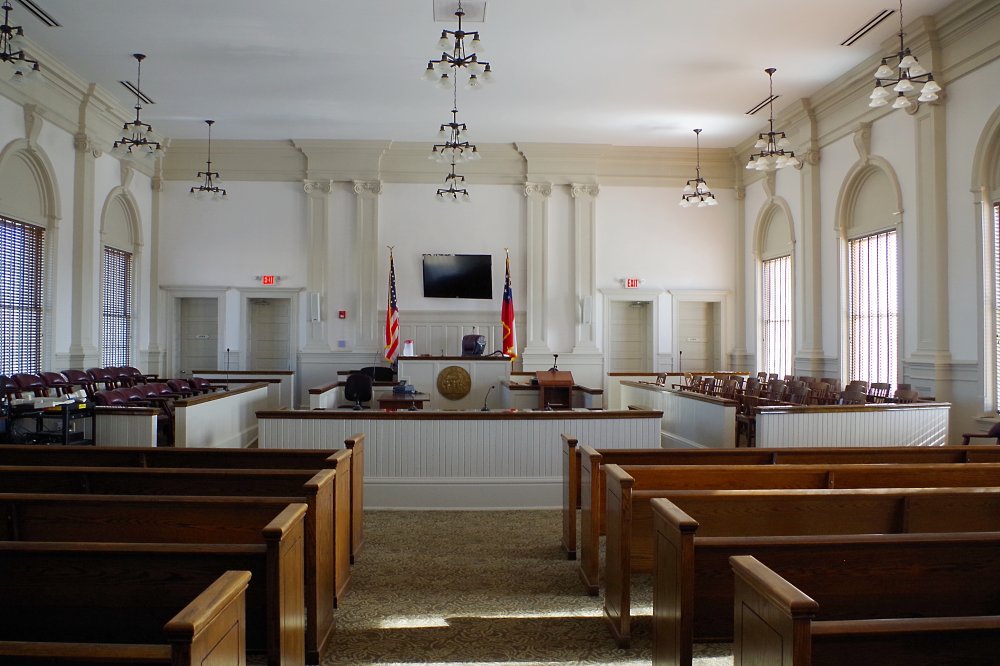