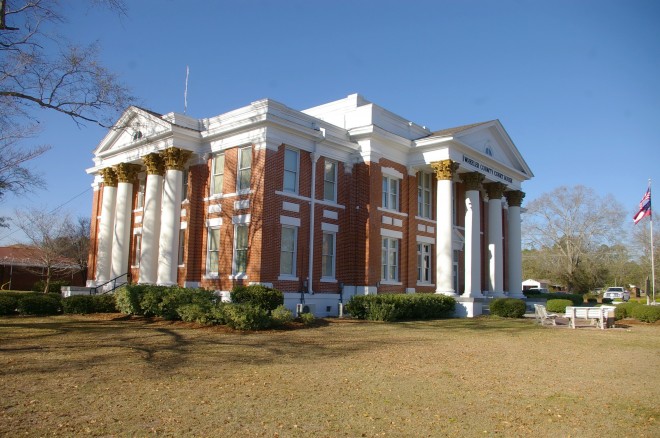 Wheeler County is named for Joseph E Wheeler, who was a Confederate general. 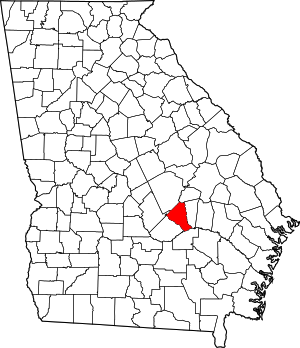 Description:  The building faces southeast and is a two story red colored brick, stone and concrete structure. The building is located on spacious landscaped grounds in the center of Alamo. The southeast front has a portico with four columns rising to a pediment at the roof line. There are similar porticoes on each side of the building. A wide horizontal band runs along the flat roof line. On the center of the roof is a large platform, The building was renovated in 1961. 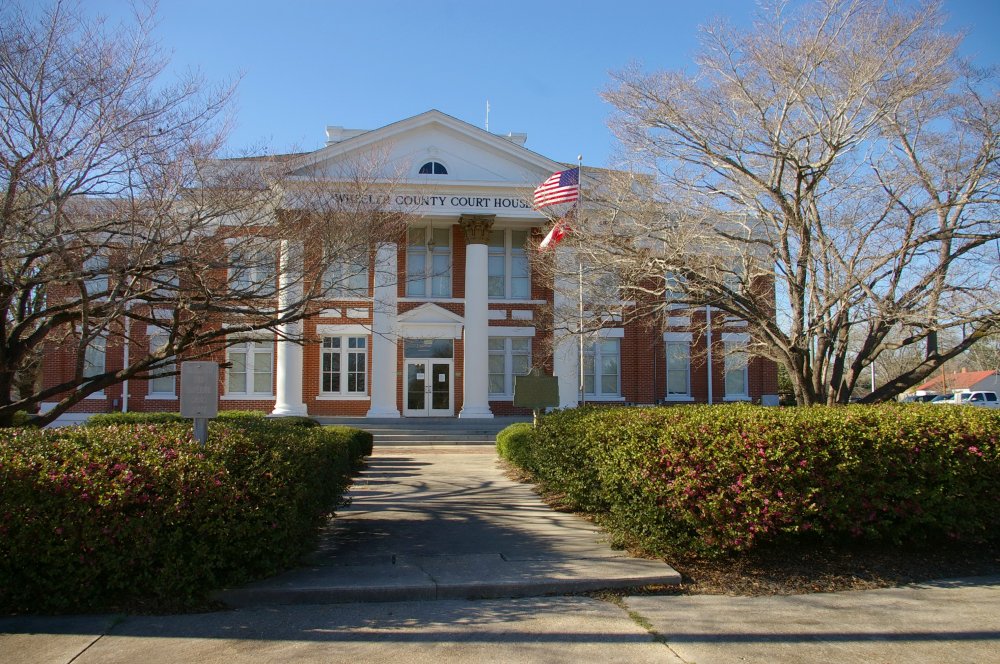 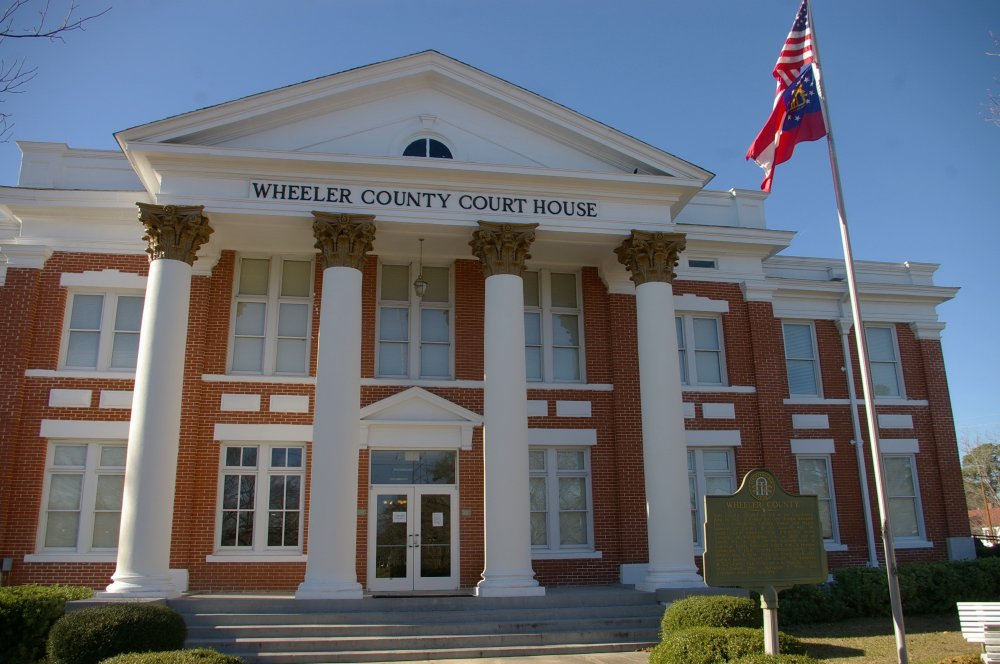 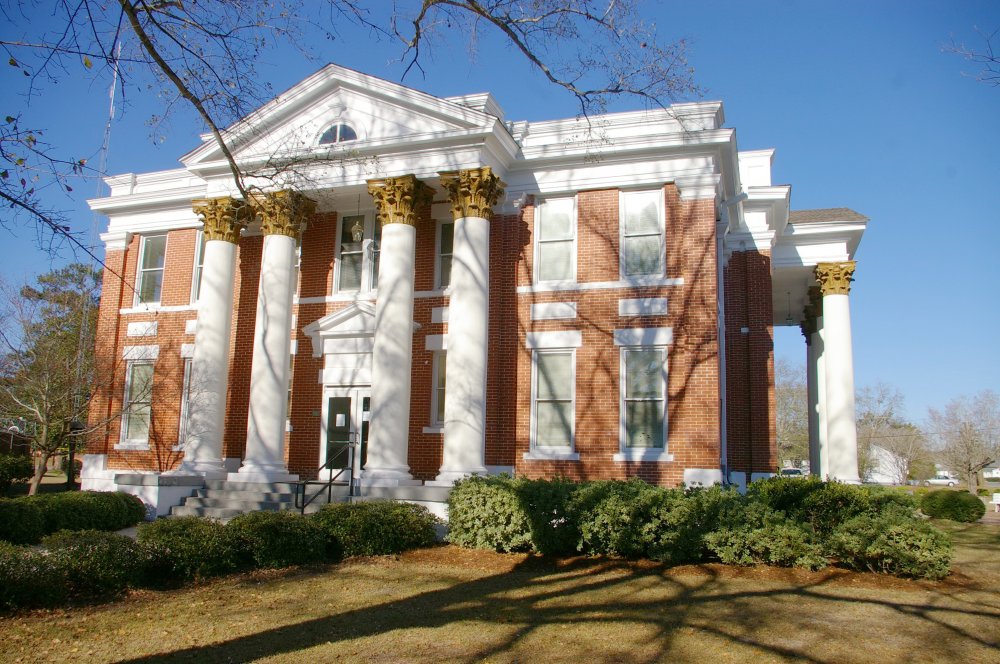 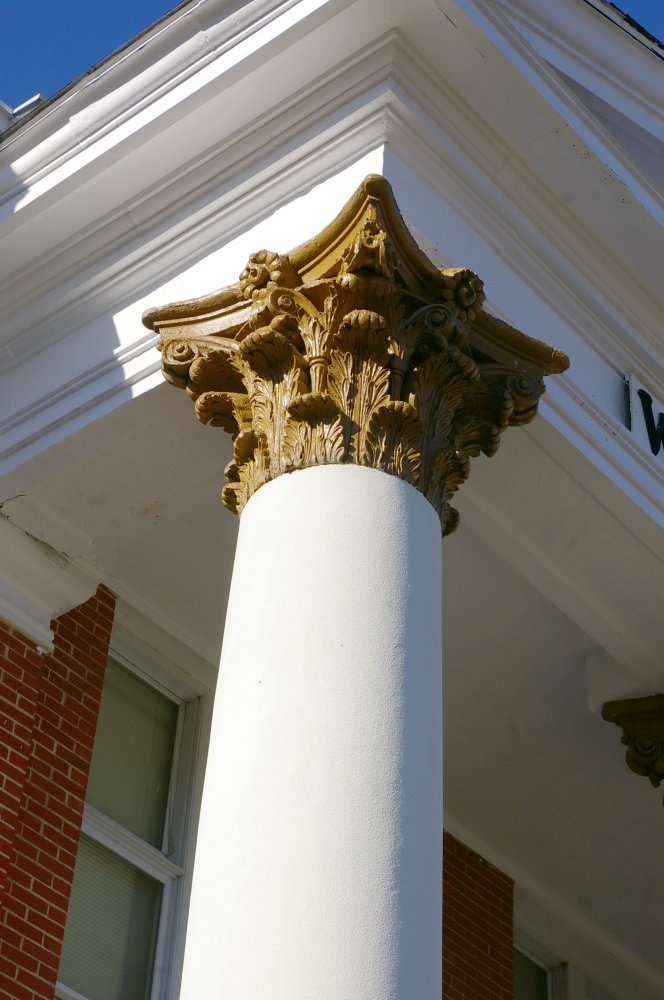 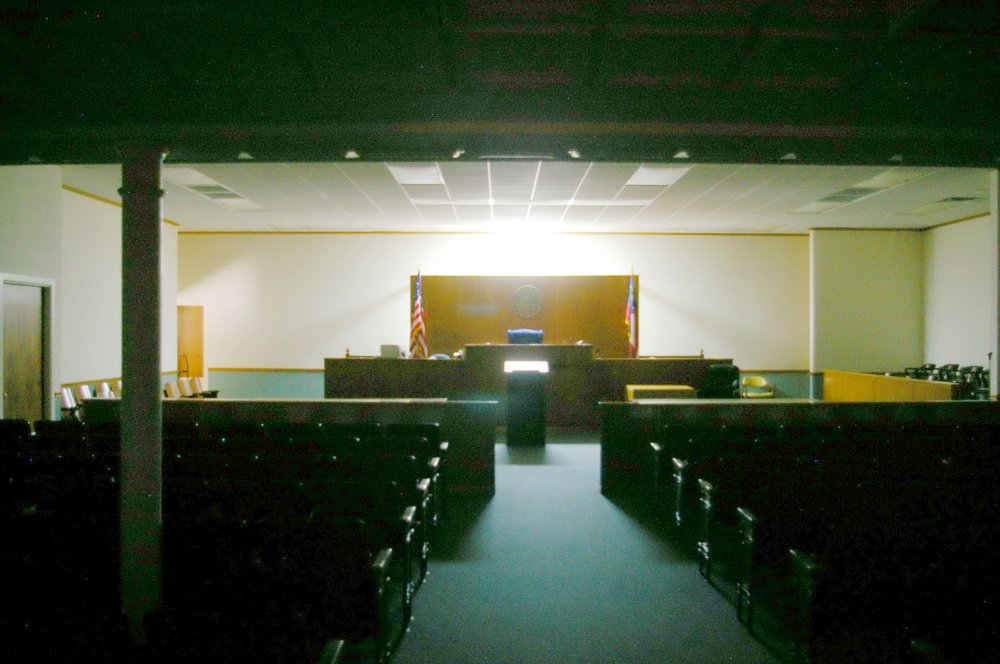 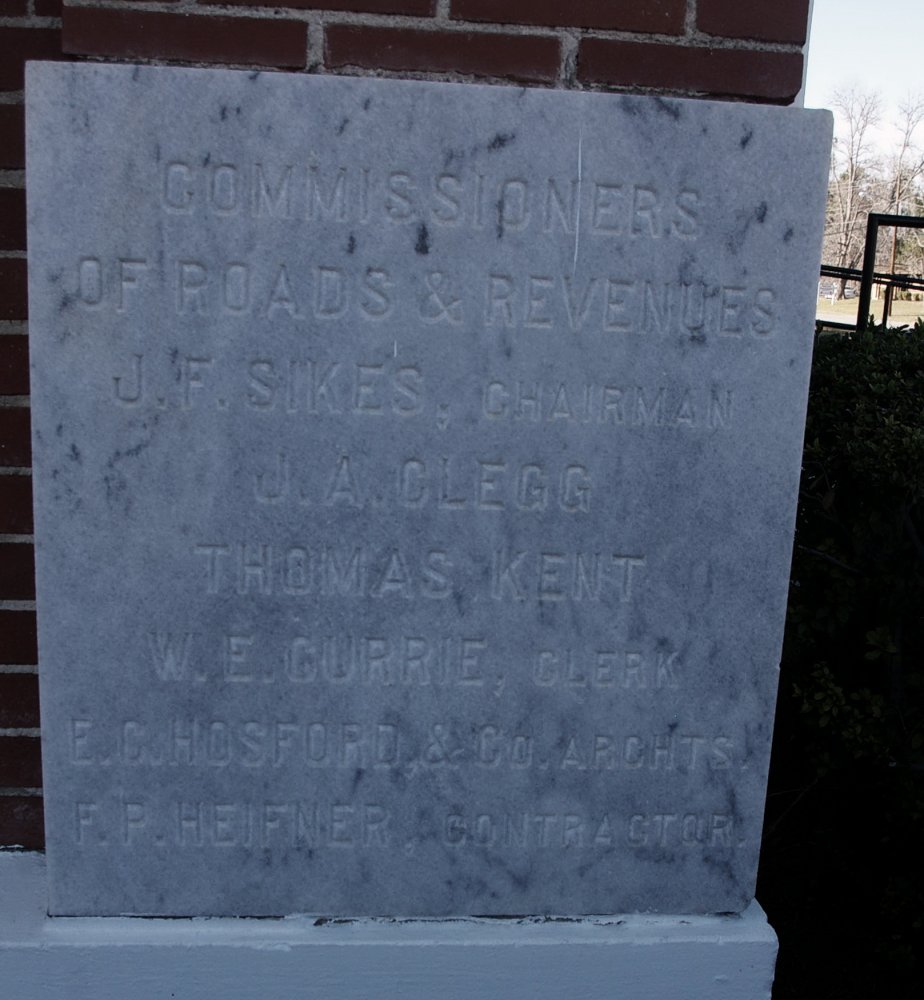 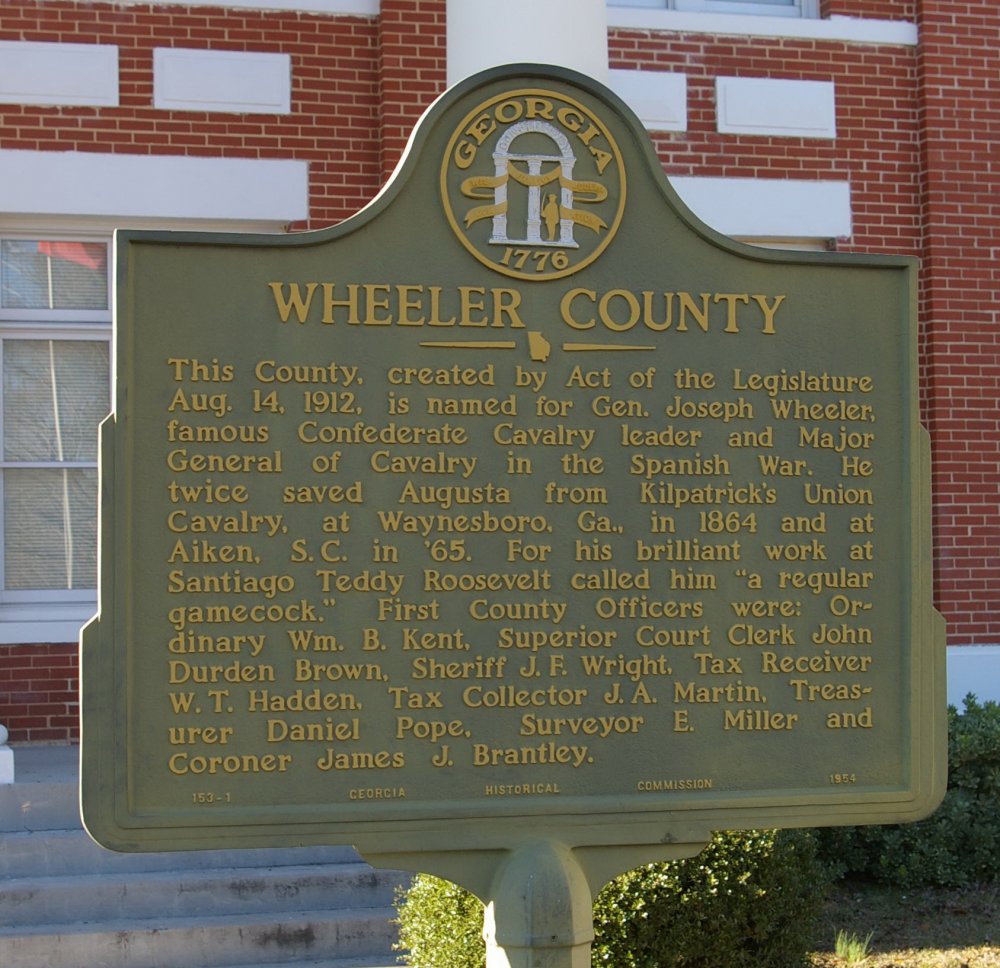