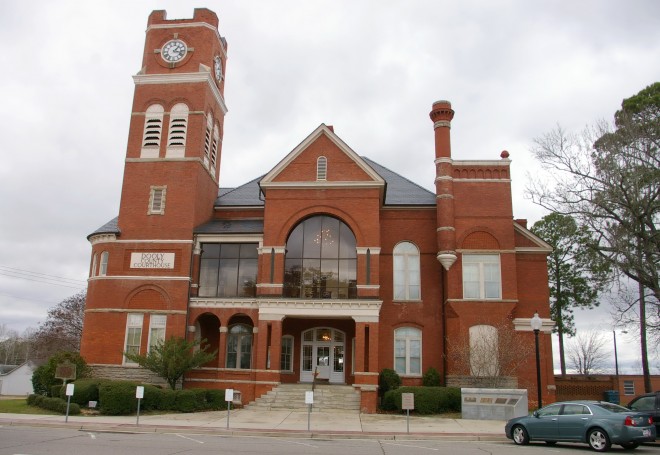 Dooly County is named for John Dooly, who was a commander at the Battle of Kettle Creek in 1779.

Description:  The building faces east and is a two story red colored brick and stone structure. The building is located on landscaped grounds in the center of Vienna. The east front has a projecting center section with a one story porch with four brick pillars and recessed entrance. Above the porch are large arched windows on three sides. Above, the wall rises to a peak at the roof line. On the southeast corner is a large square red colored brick clock tower. On the north side of the front is a lower tower with high narrow turret rising above the roof line. The roof is gabled. The courtroom is located on the second story. The building was renovated in 1963. The build was further renovated in 1987 to 1988. The architect was Lee Meyer and labor was provided by the Georgia Department of Corrections. 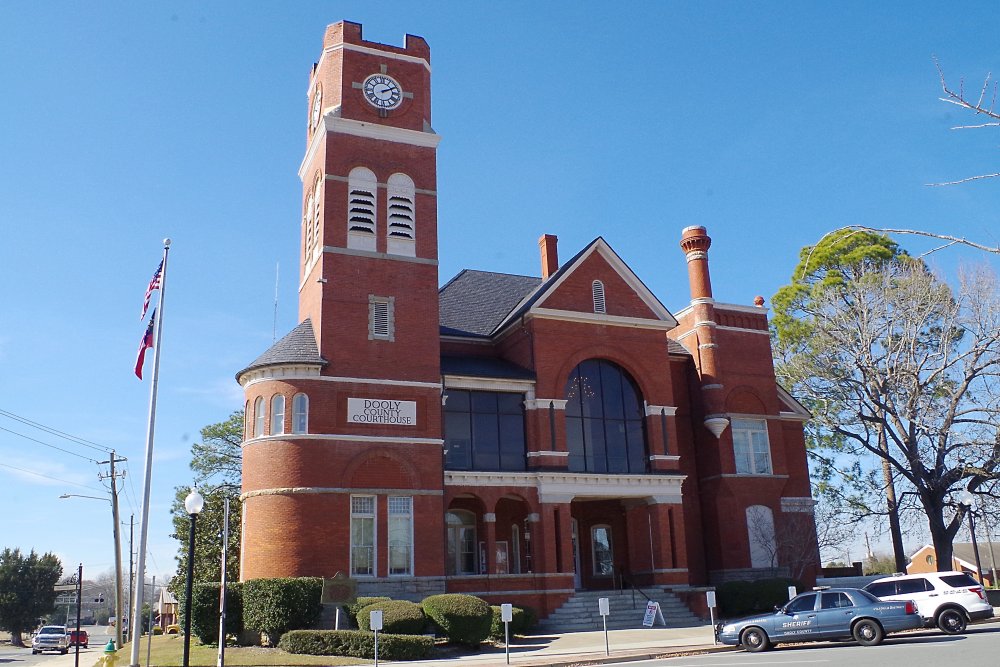 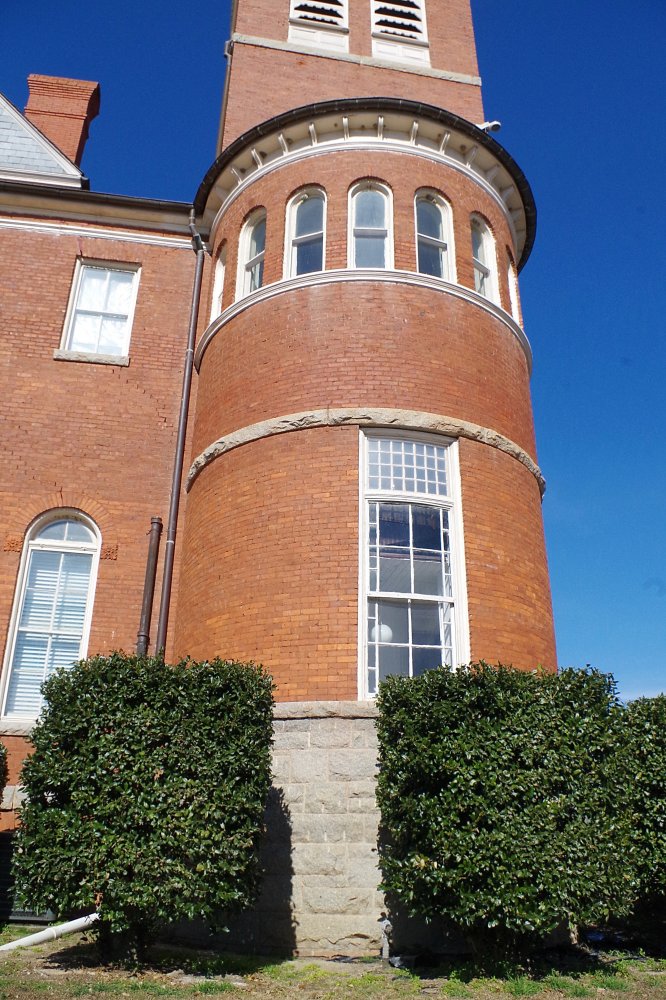 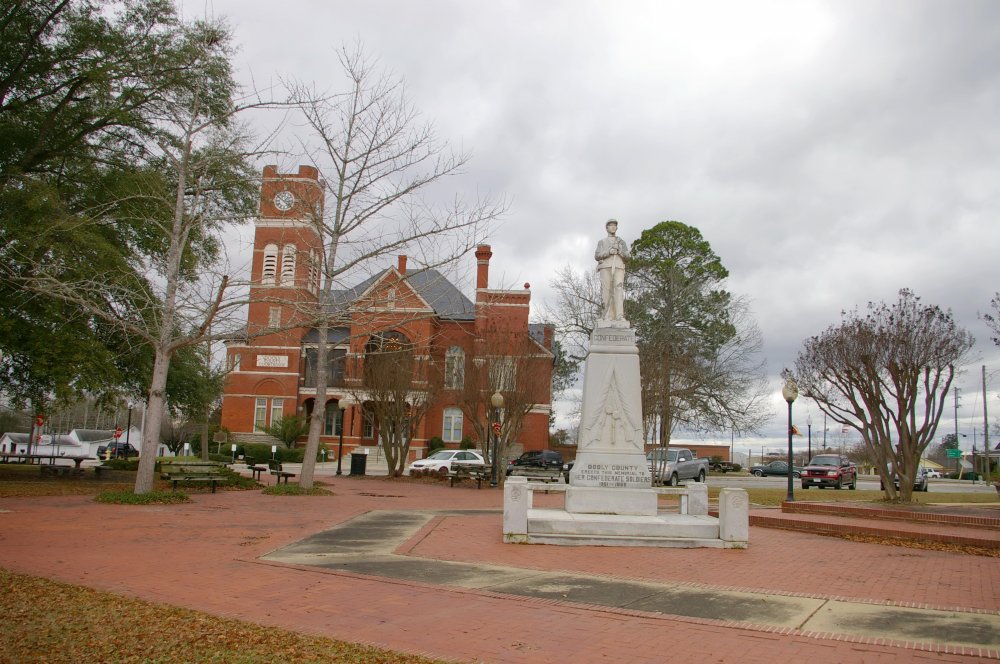 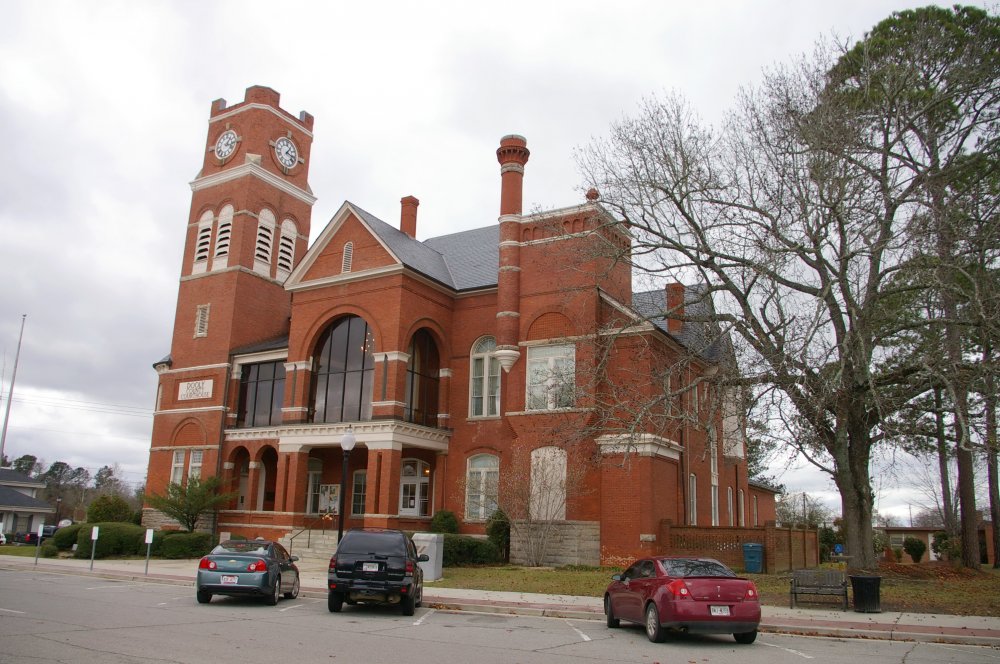 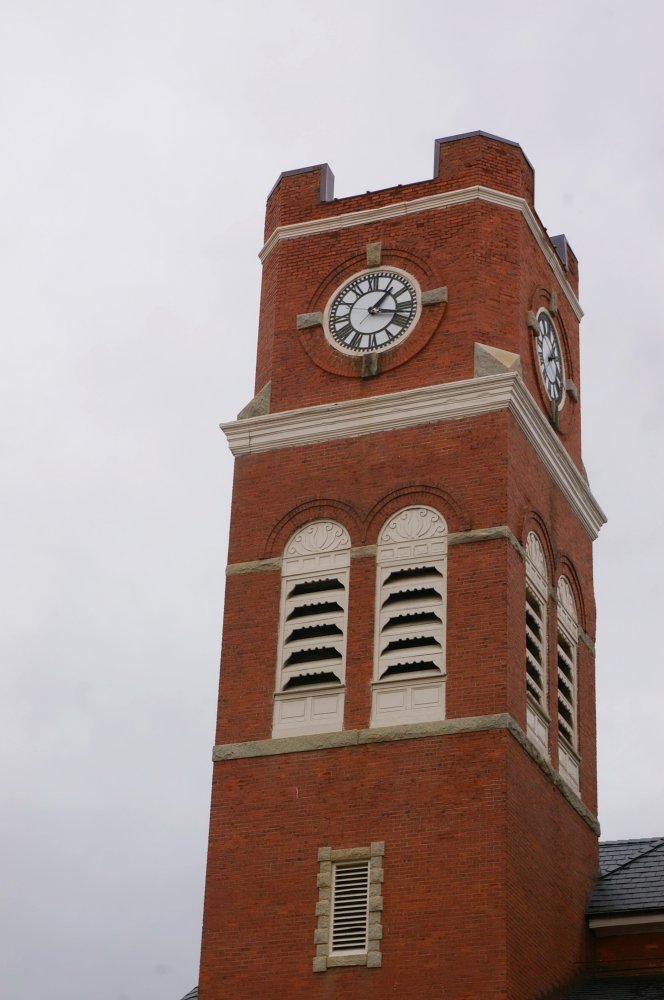 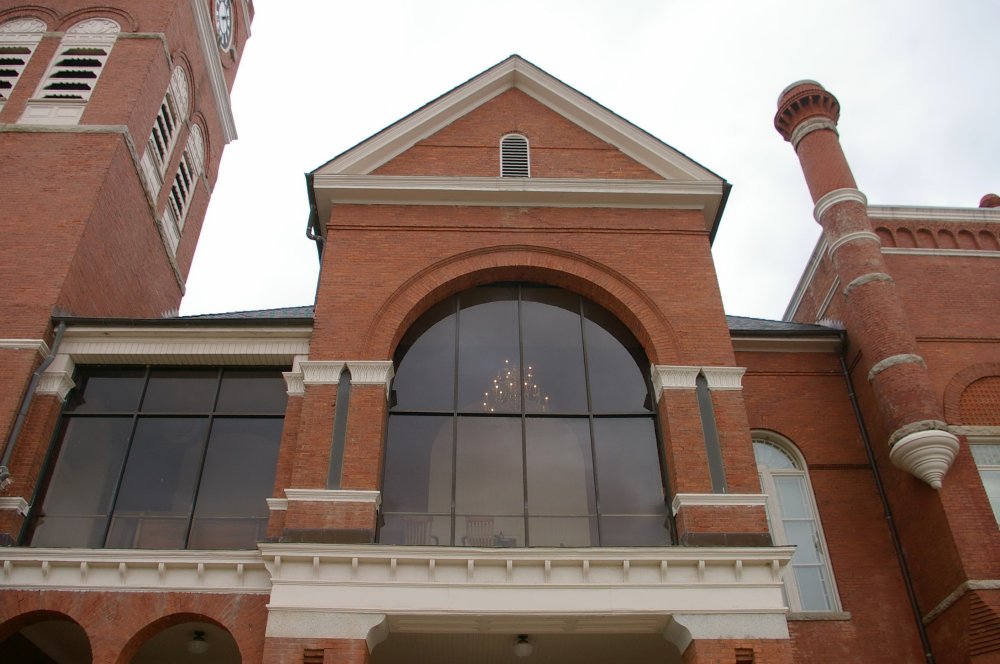 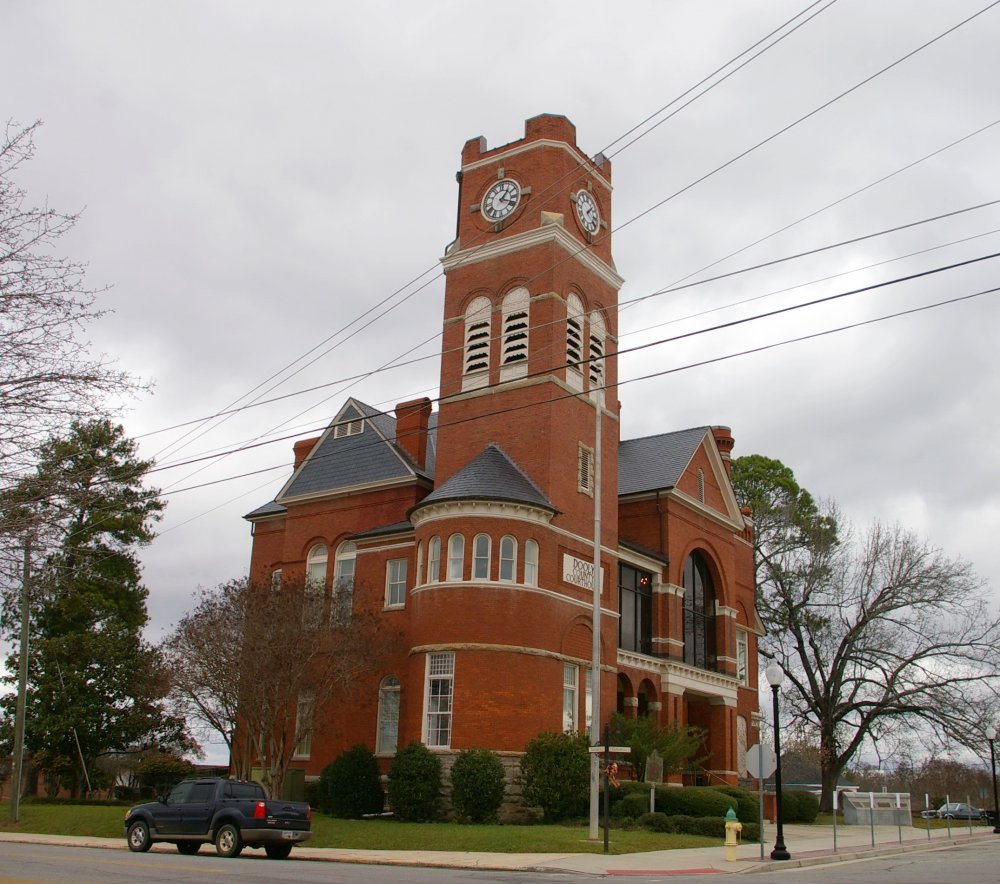 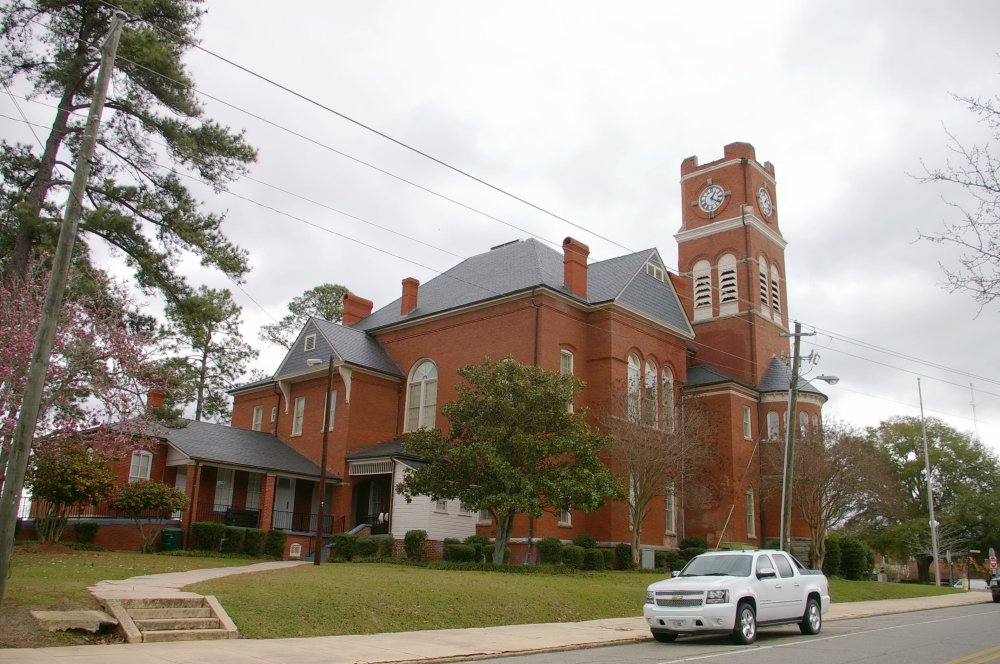 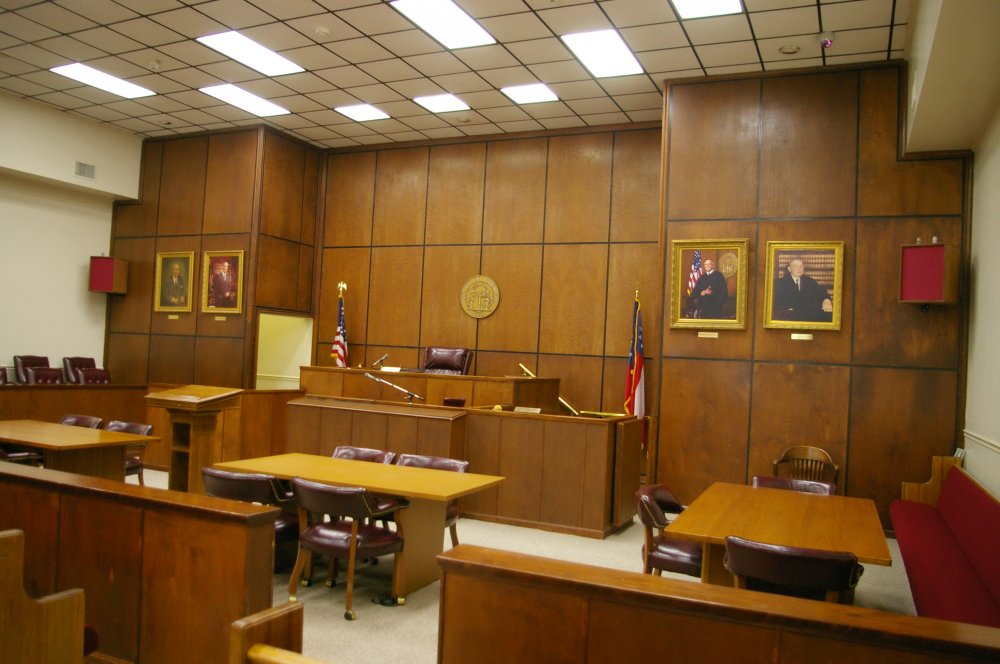 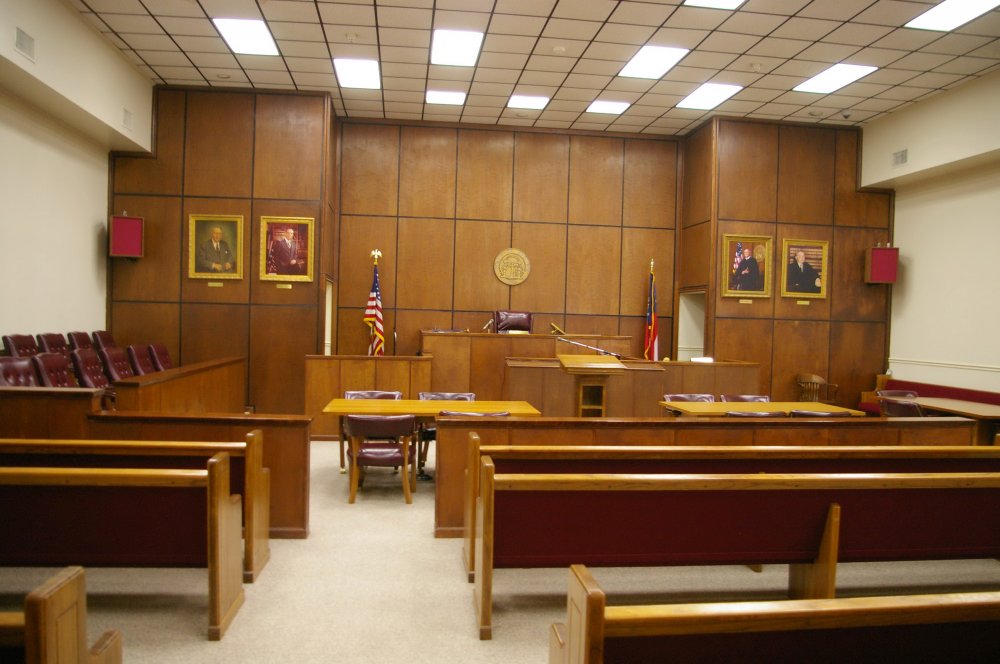 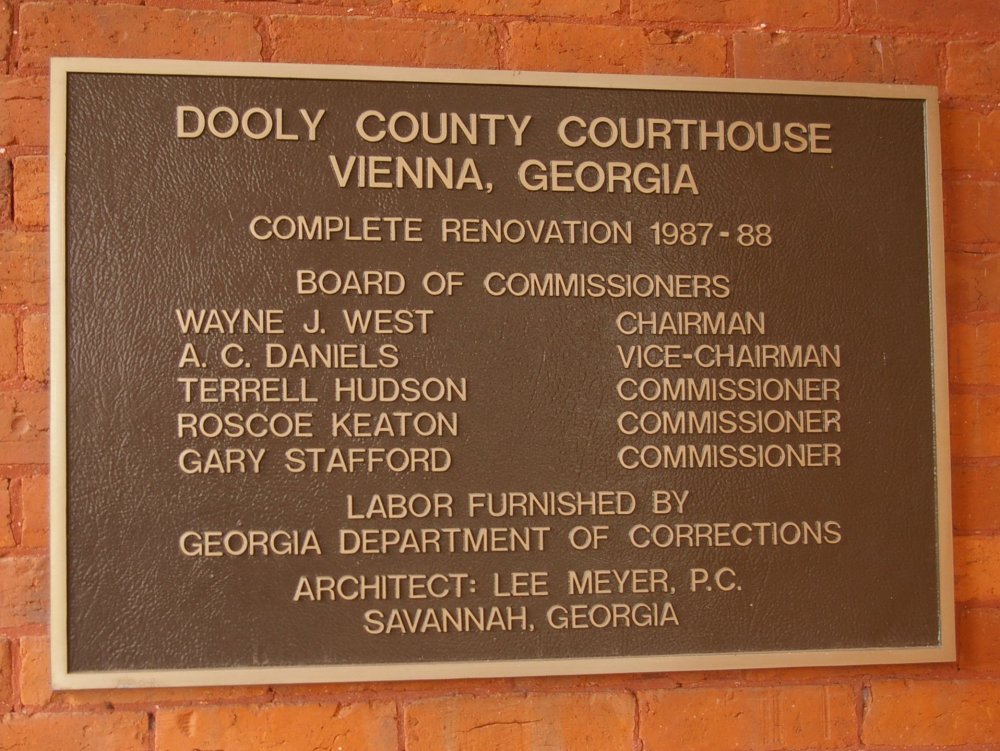 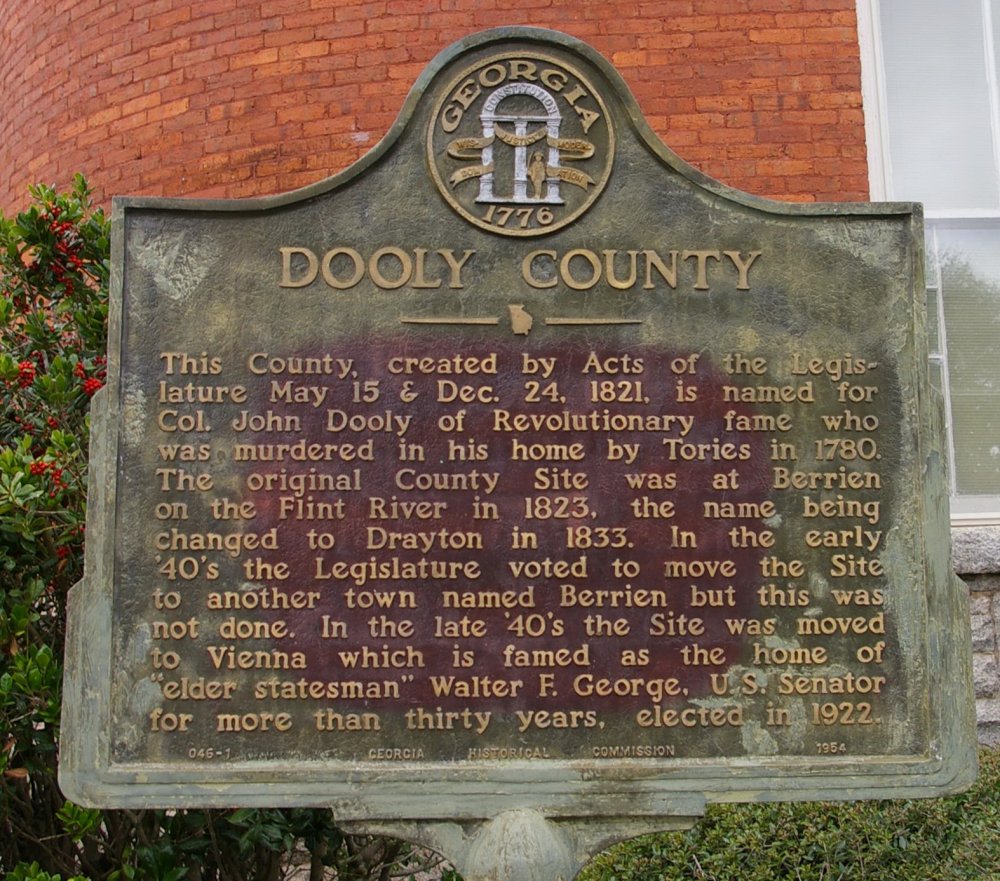