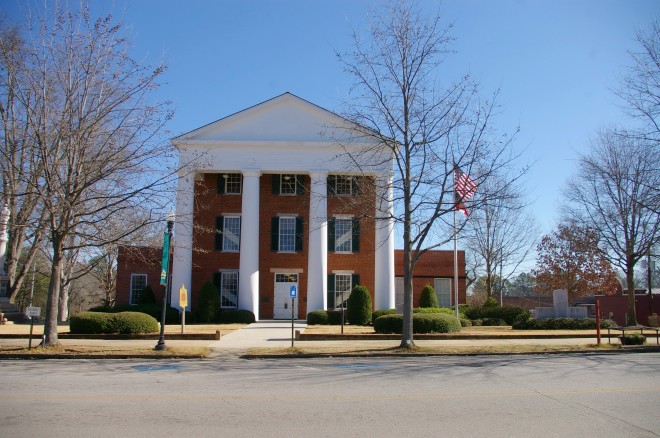 Greene County is named for Nathanael Greene, who was a hero during the American Revolutionary War. 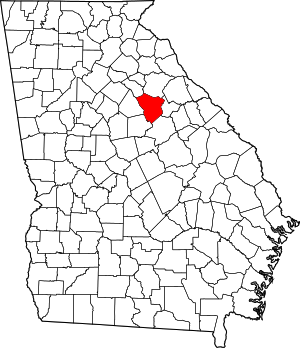 Architect:  David Demarest of Athens and Atharates Atkinson of Madison

Contractor:  David Demarest of Athens and Atharates Atkinson of Madison

Description:  The building faces west and is a three story red colored brick and stone structure. The building is located on landscaped grounds in the center of Greensboro. The building is located on landscaped grounds in the center of Greensboro. The west front has a large porch with four large white colored columns rising to a pediment at the roof line. In the interior, the courtroom on the second story is reached by dual staircases that are placed immediately inside the front entry. The double doorway leading into the courtroom is pedimented with engaged columns on each side. Two columns stand in the midst of the courtroom giving the room more weight. The cornice has five-pointed stars that encircle the room and at one time they were gilded. The plain bench is paneled and four urn shaped finials top the railing between the litigation and spectator sections. A third story was added and served as a meeting room until 1897. On the north and south sides are small one story additions. The building houses the Superior Court and Magistrate Court of the 8th Judicial District. The building was remodeled in 1938. The architect was F Arthur Hazard and the contractor was Knox Brothers Lumber Company of Thomson. On the east side is a modern three story addition constructed in 1998.

Note:  This is the only 1840′s Greek Revival Courthouse remaining in Georgia, and the only one which has a third floor built to be used by the Masonic Lodge. It is still used in the same manner today. It is an excellent example of the Greek Revival style as interpreted by architect/builders of this pre-civil war period.

History:  The county was created in 1786 and Greensboro was designated as the county seat. The first courthouse was a log structure built after 1786. The second and present courthouse was constructed in 1848 to 1849. 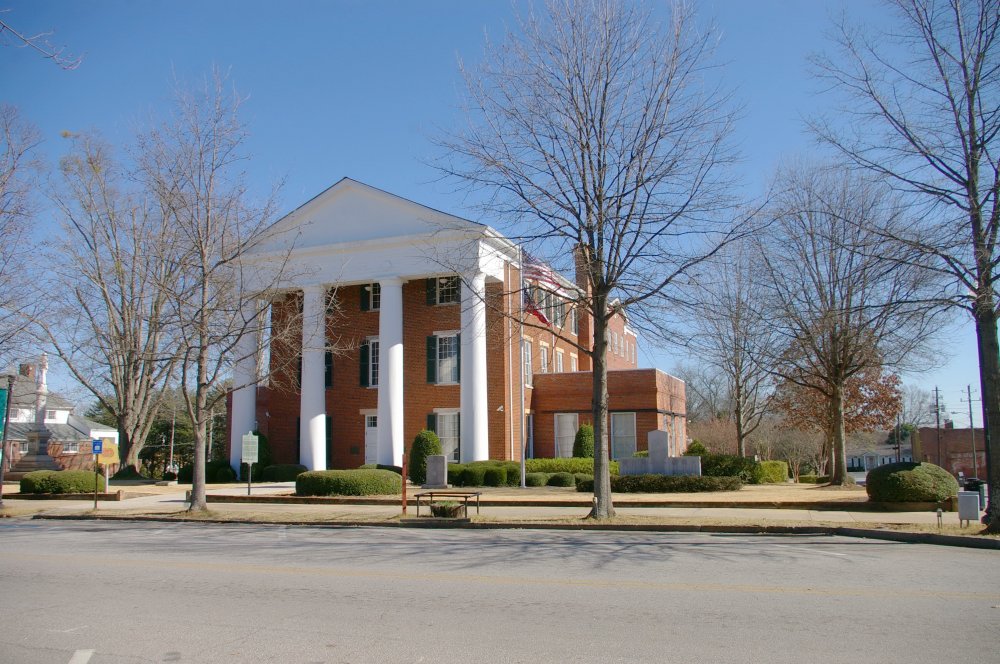 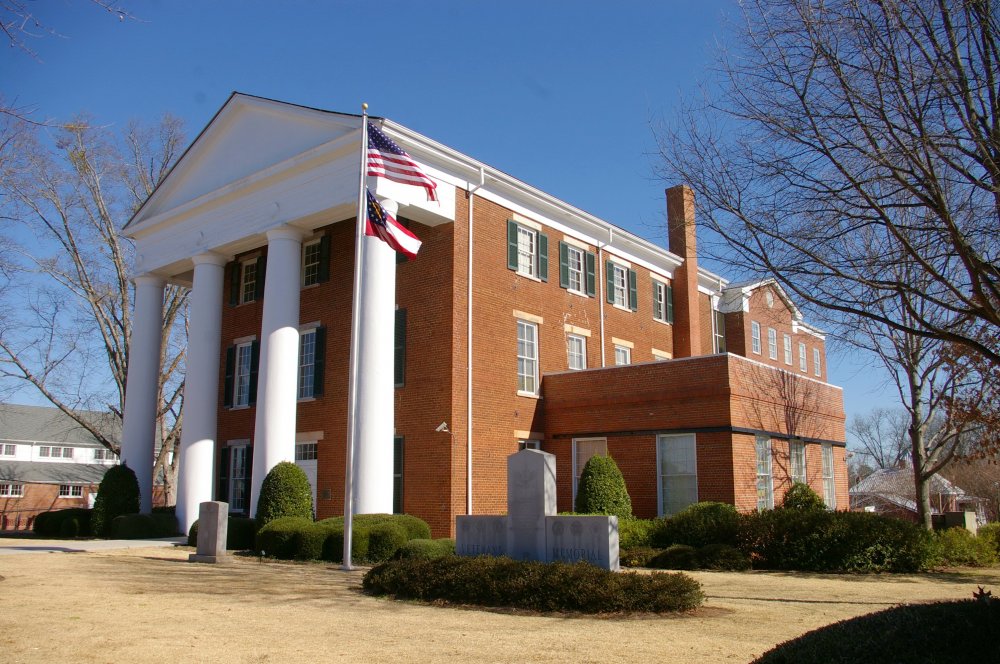 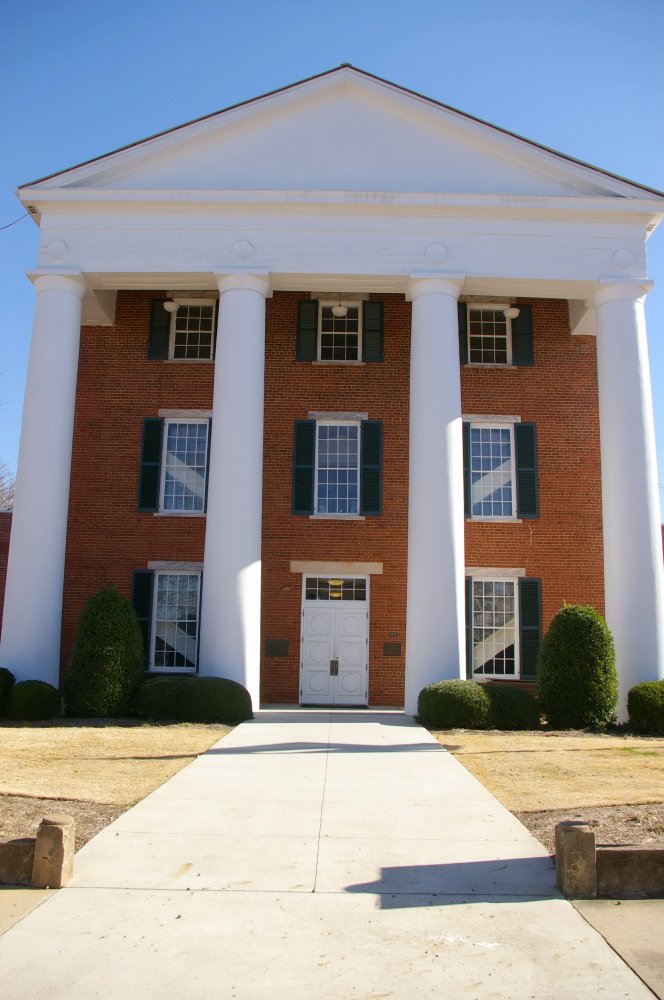 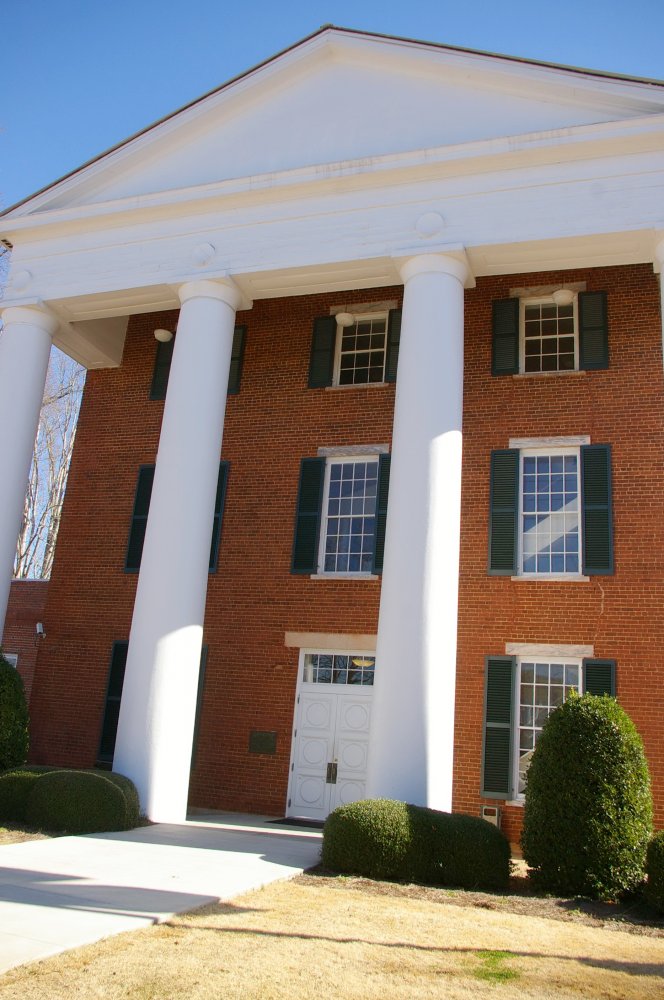 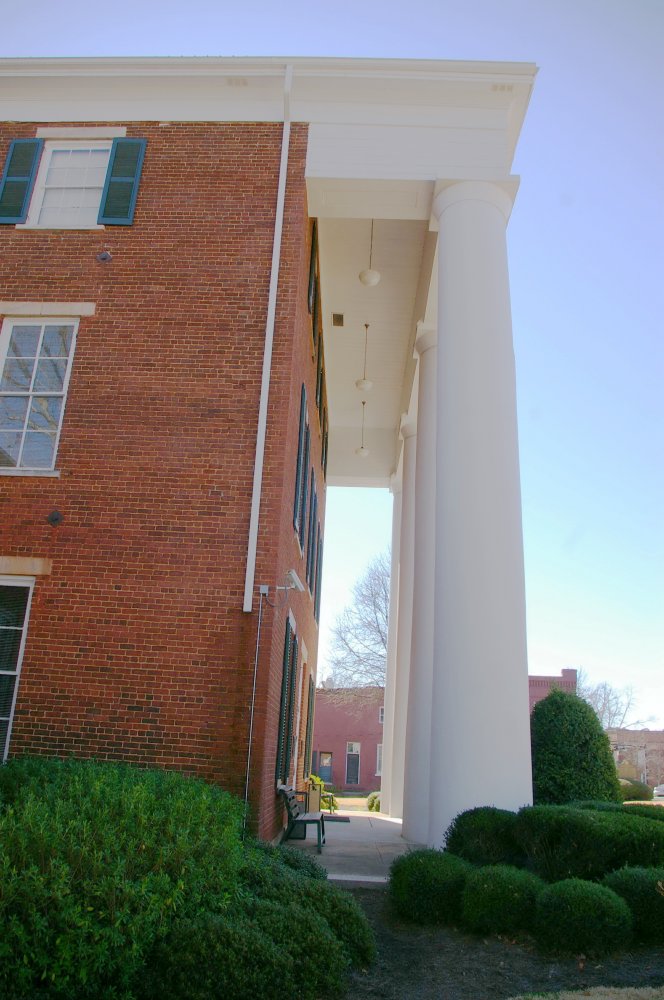 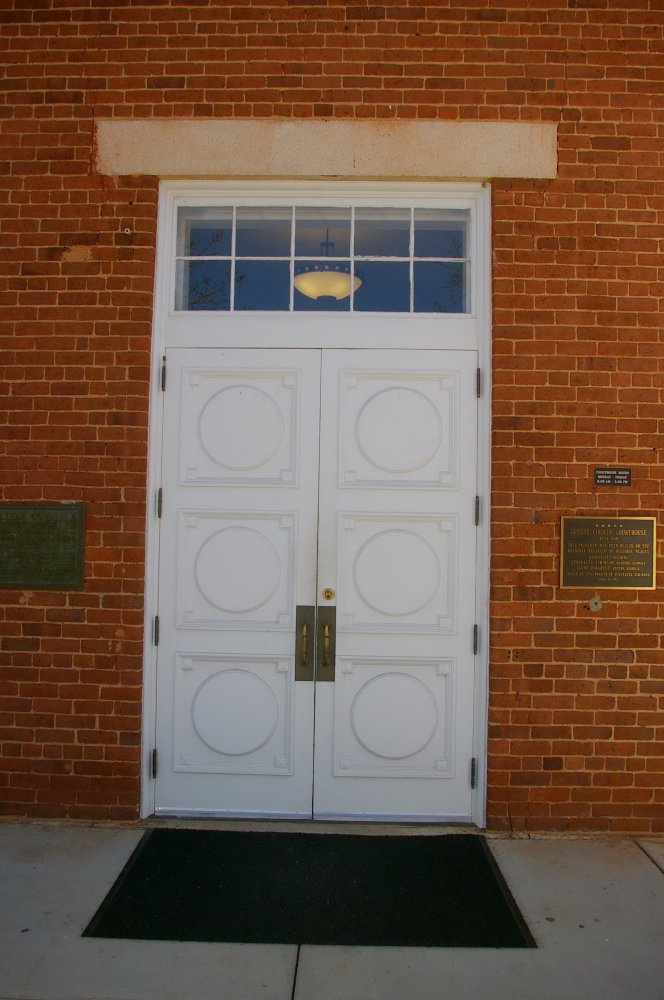 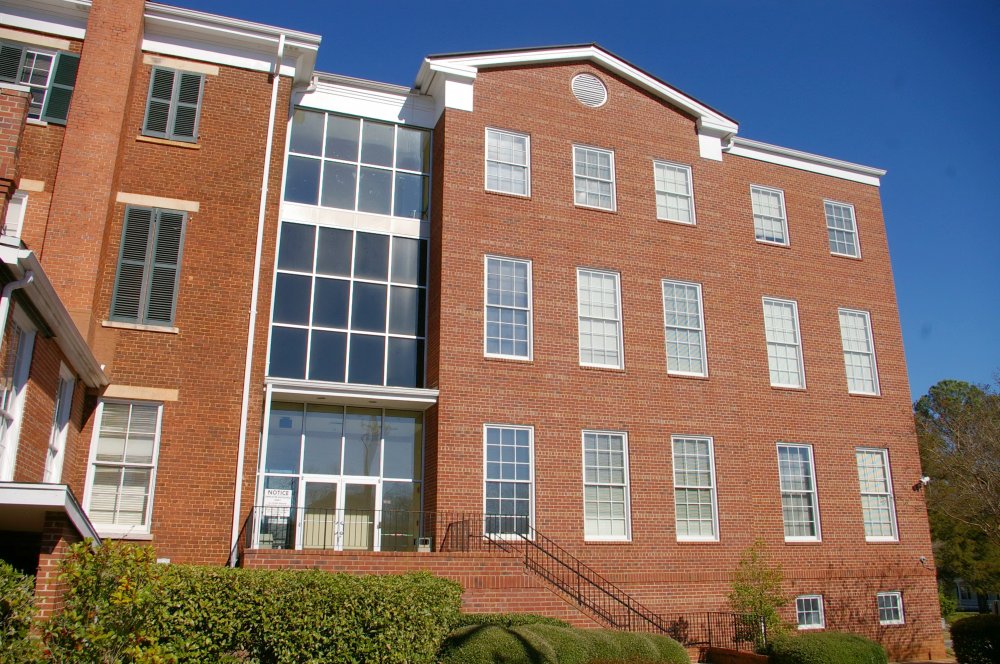 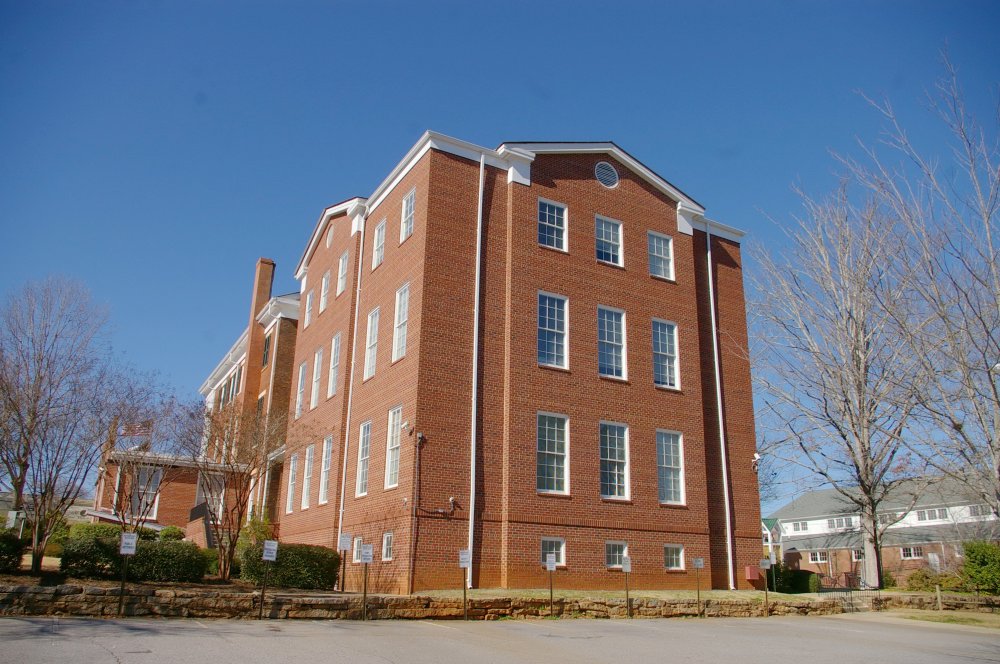 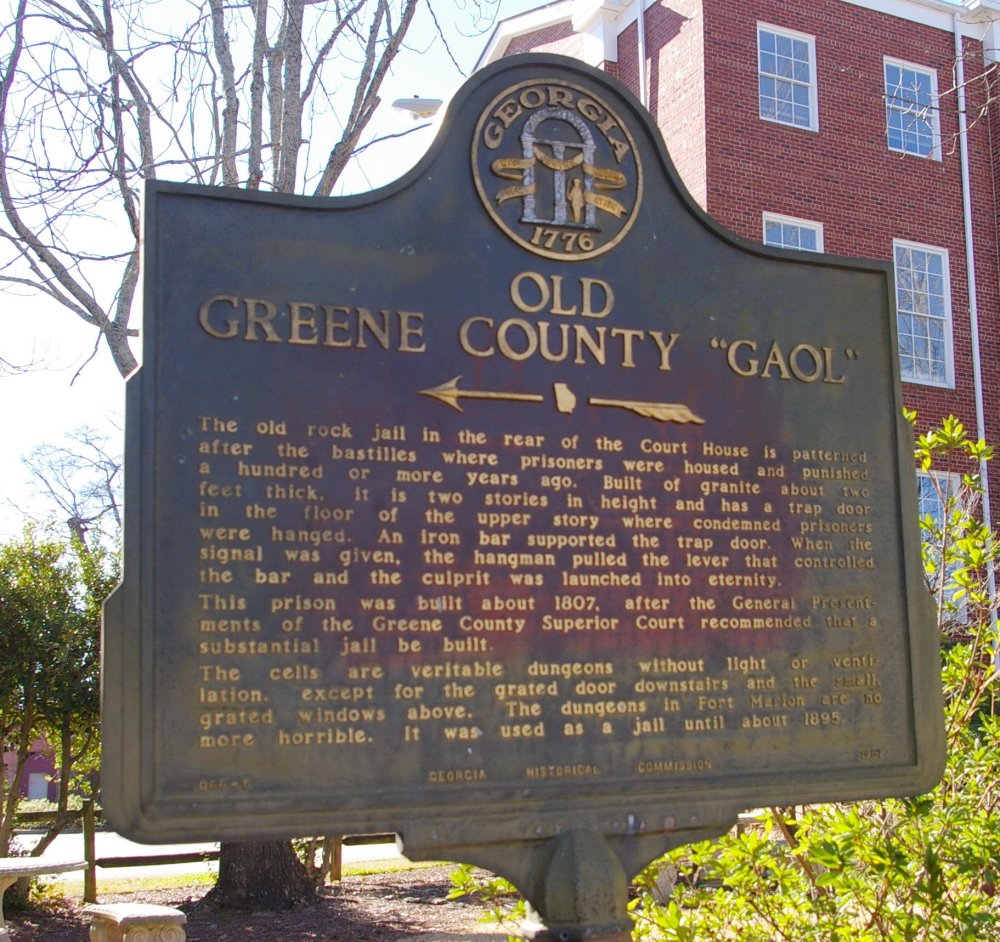 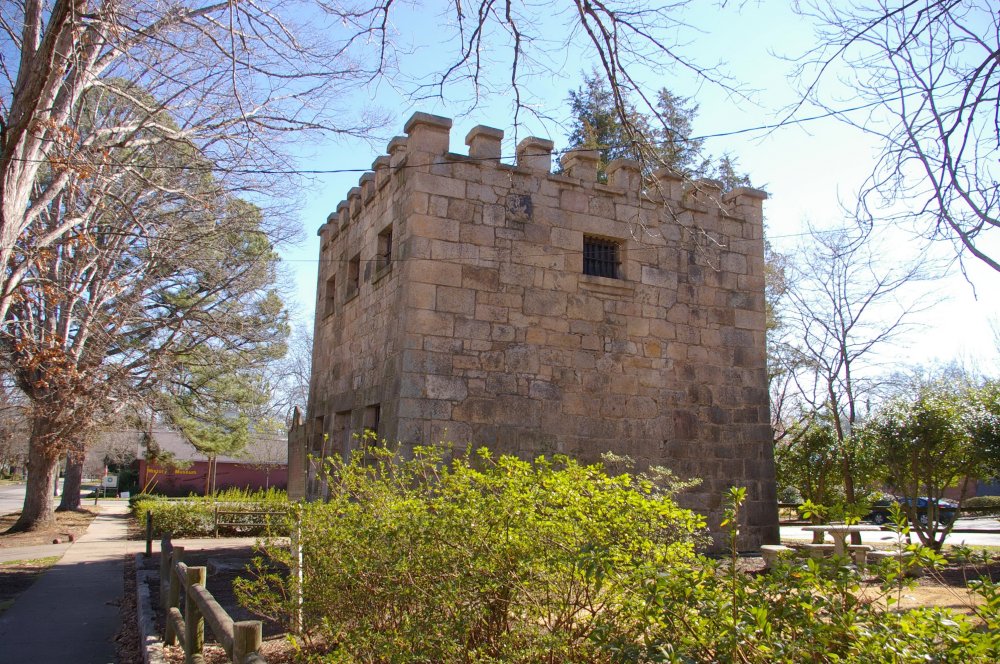 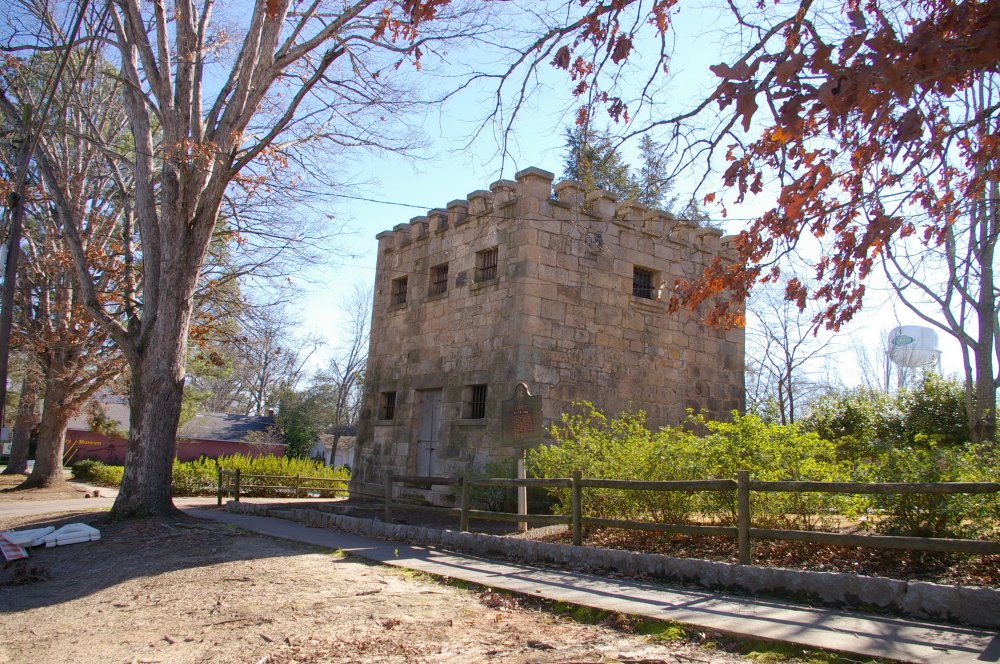