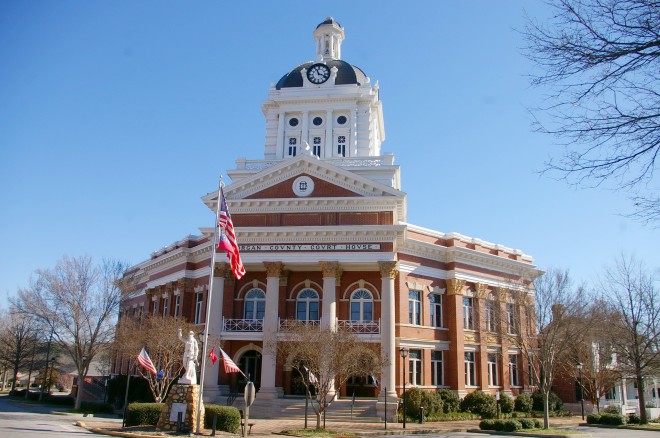 Morgan County is named for Daniel Morgan, who was general during the American Revolutionary War and a congressman from Virginia. 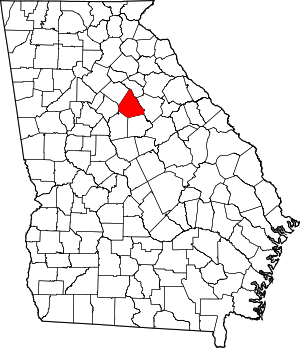 Description:  The building faces southwest and is a two story red colored brick, concrete and stone structure. The building is located in the center of Madison. The southwest front has a large porch with four high columns supporting a balcony on the second story and rising to a wide header with pediment above the roof line. On the second story are three large arched windows. A wide cornice runs below the roof line. Behind the pediment is a large square white colored clock tower with clock , black colored dome and lantern at the top. On the north side is the old jail constructed in 1895. 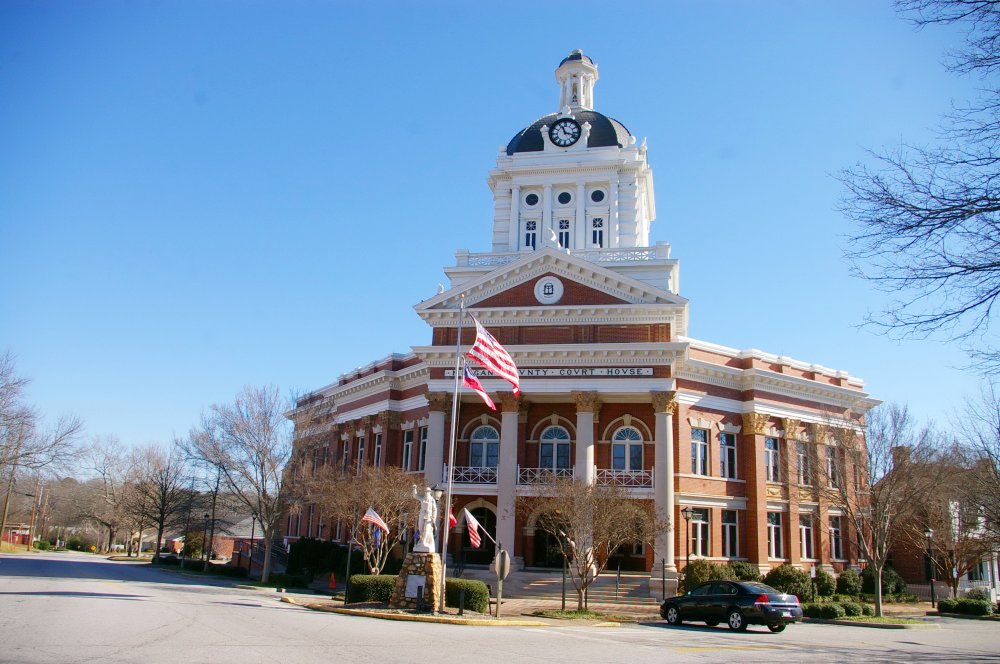 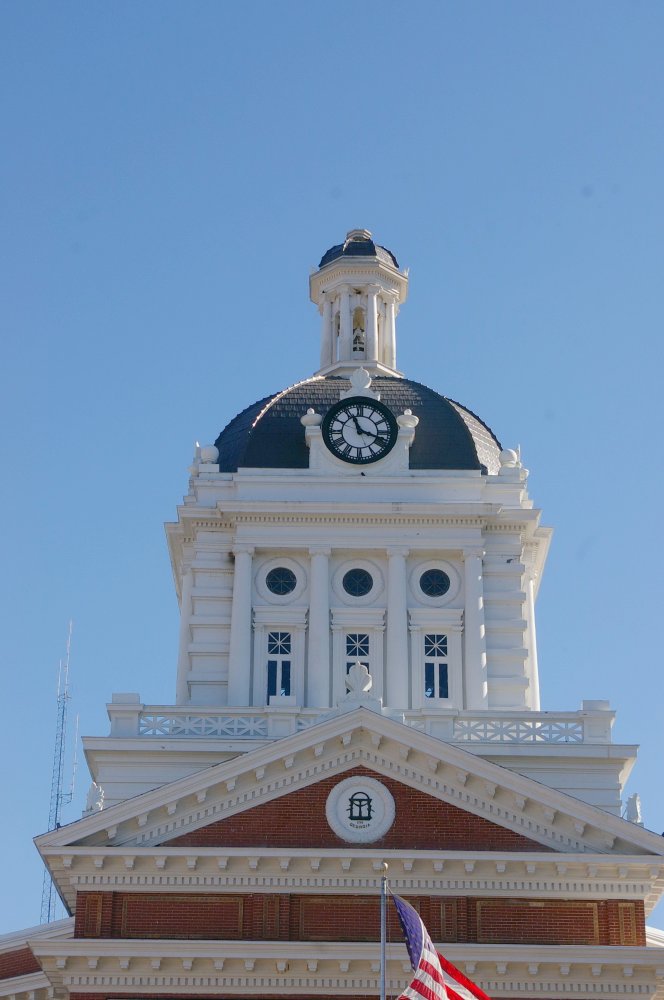 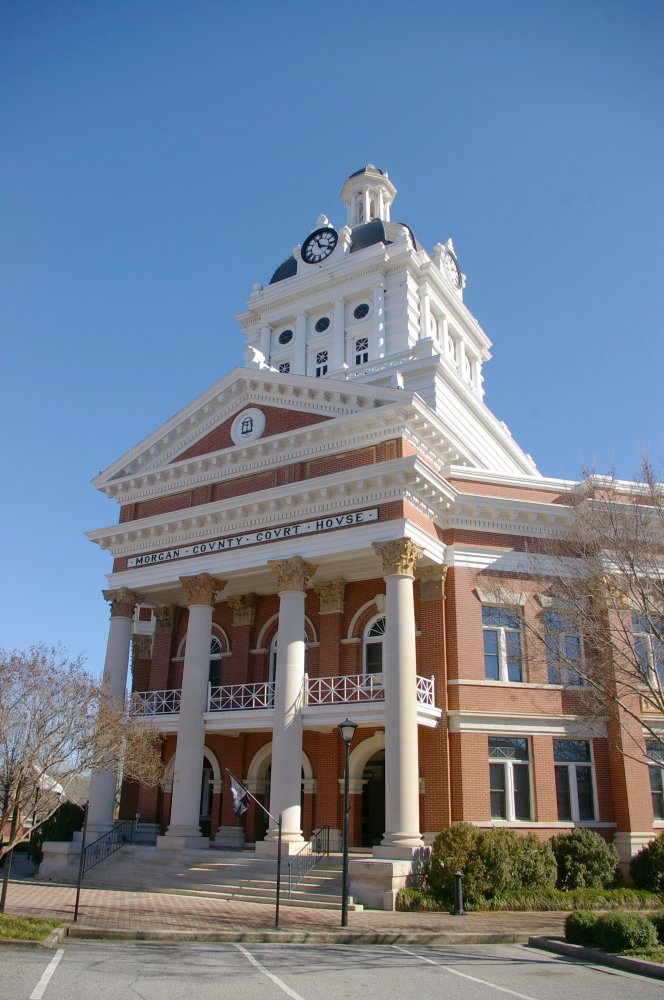 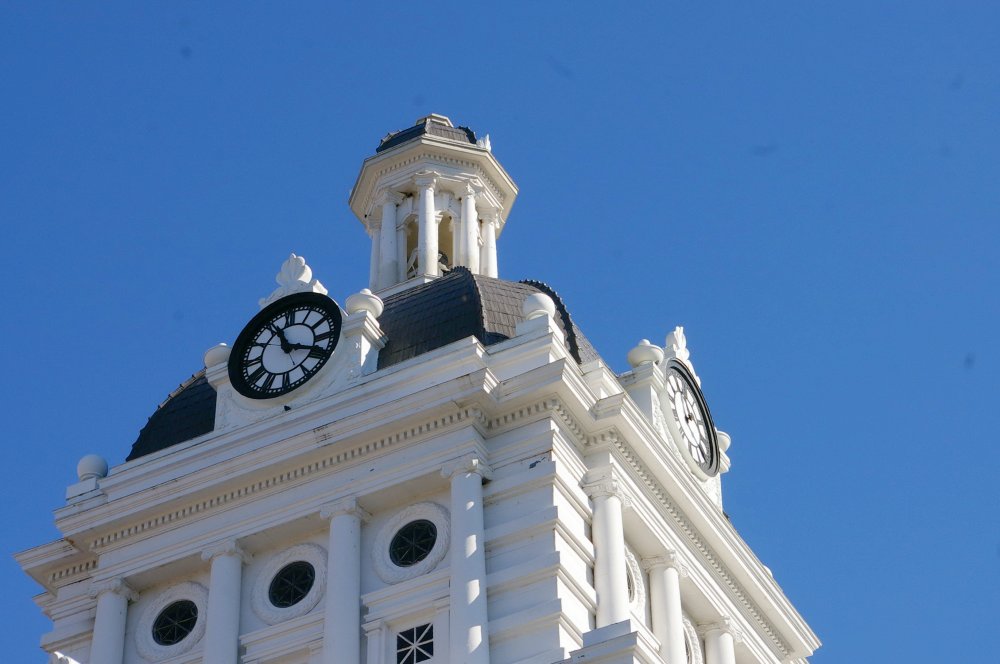 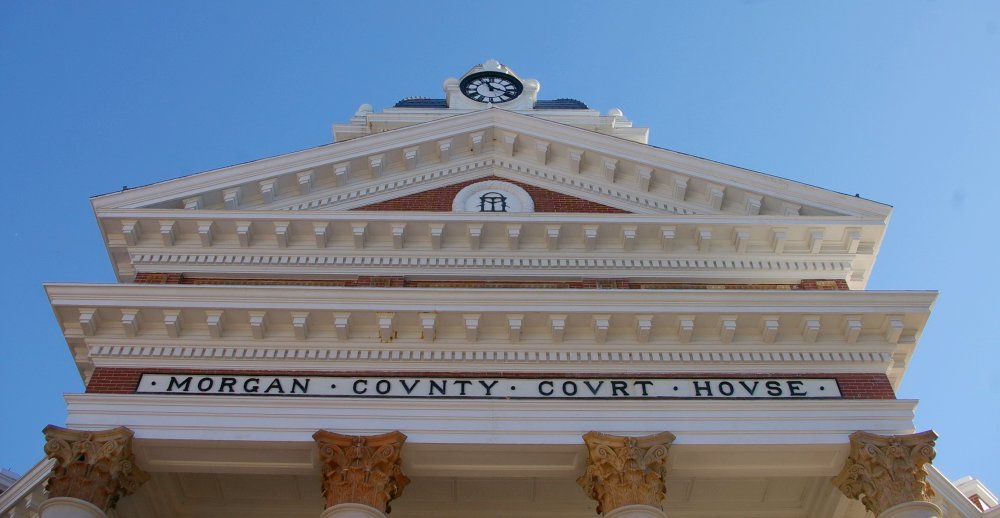 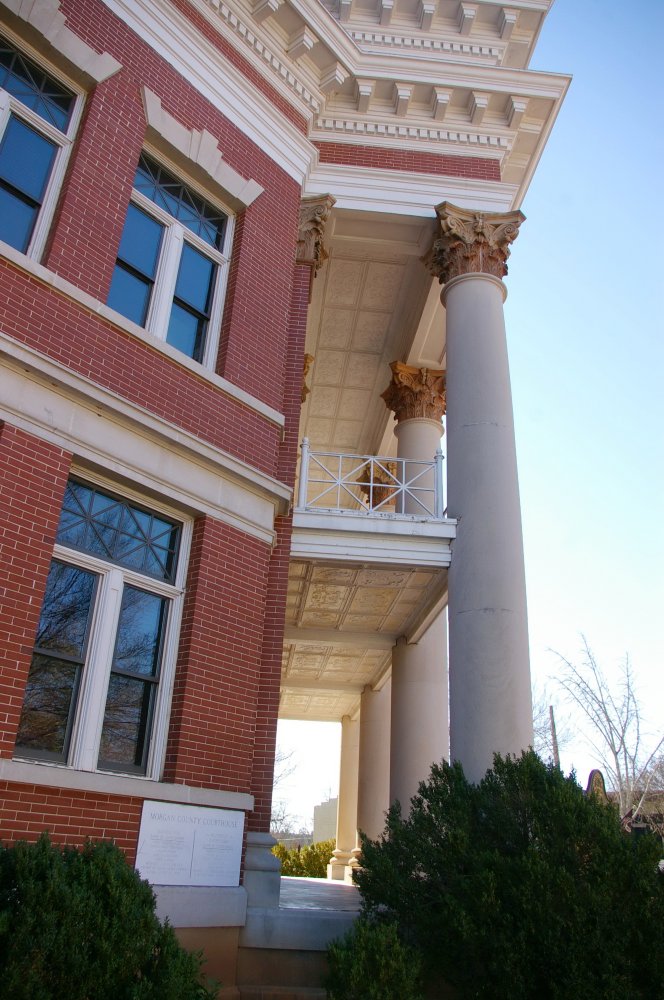 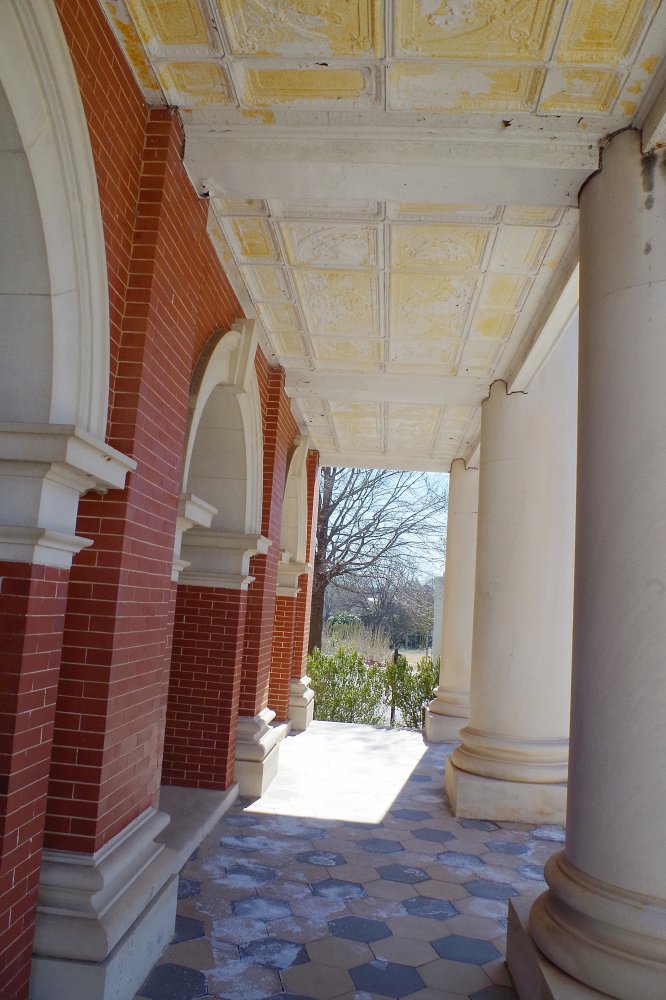 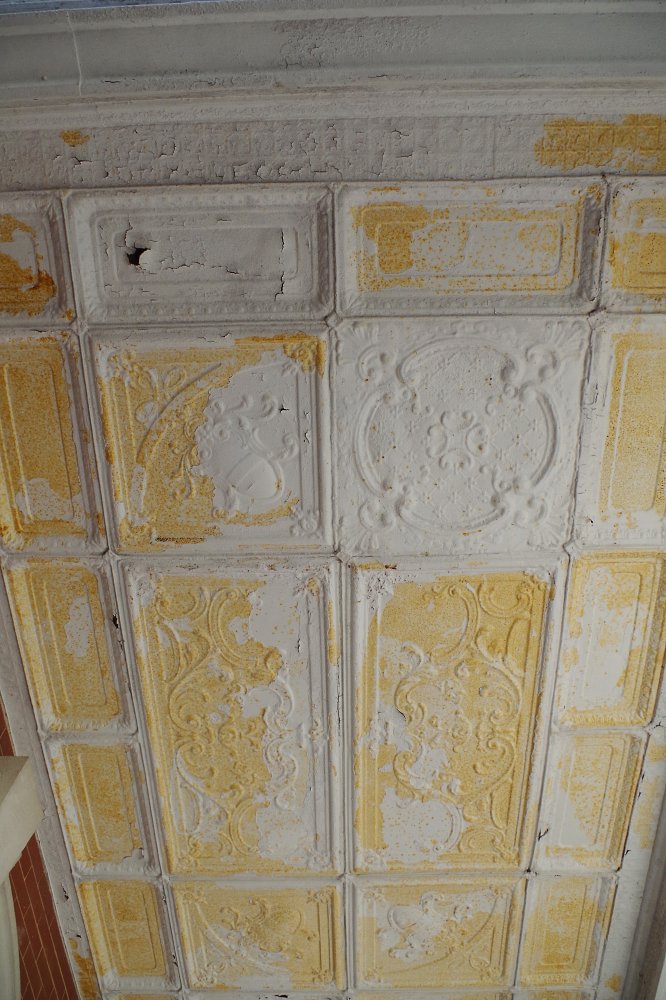 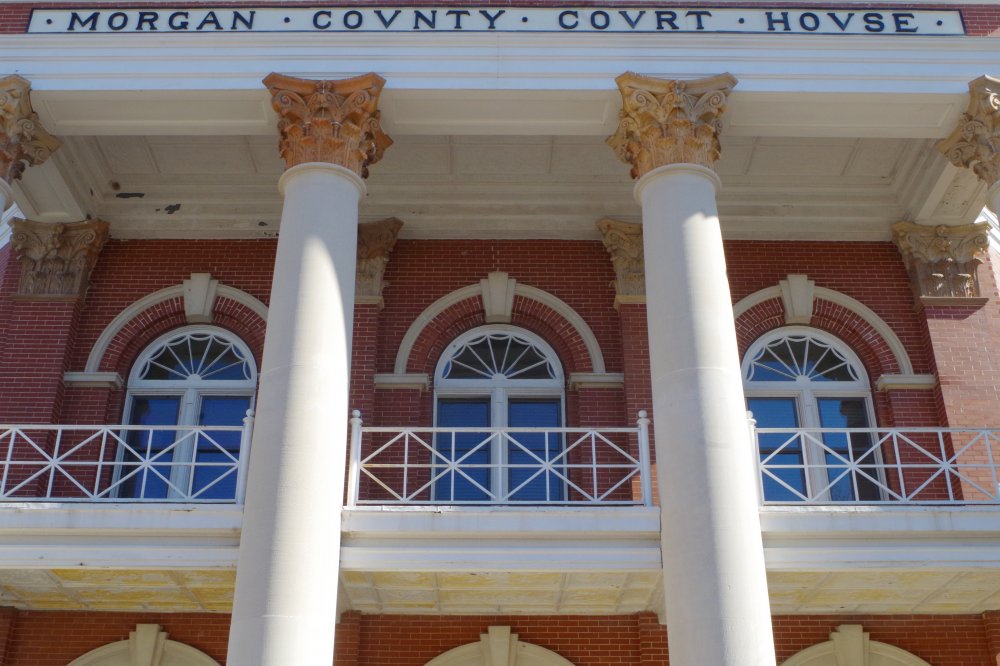 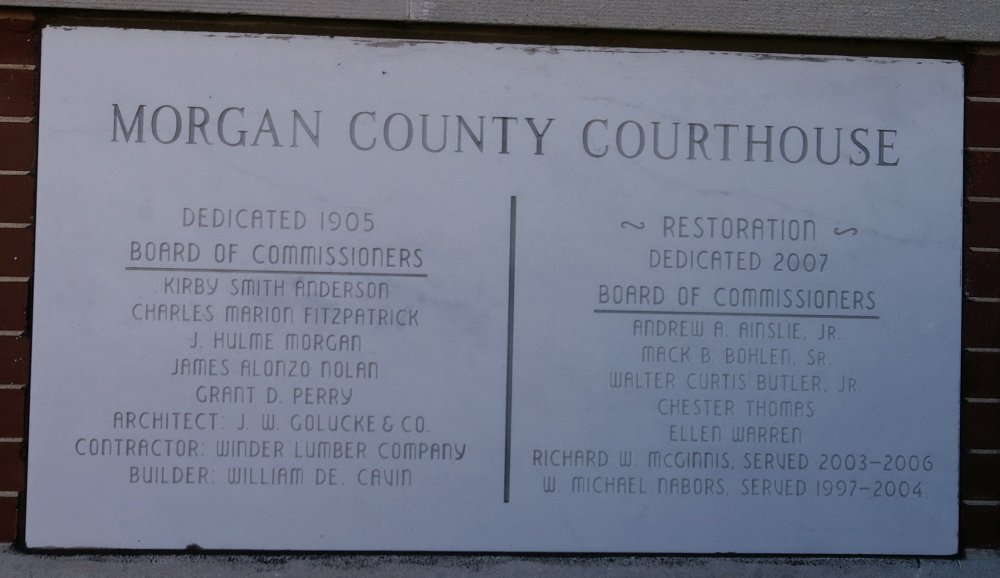 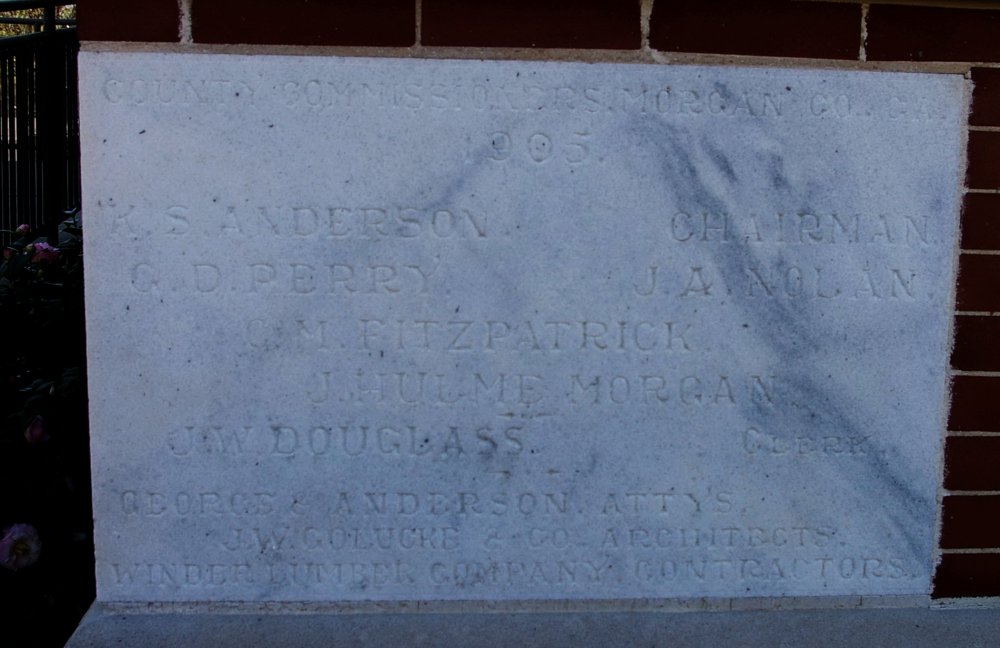 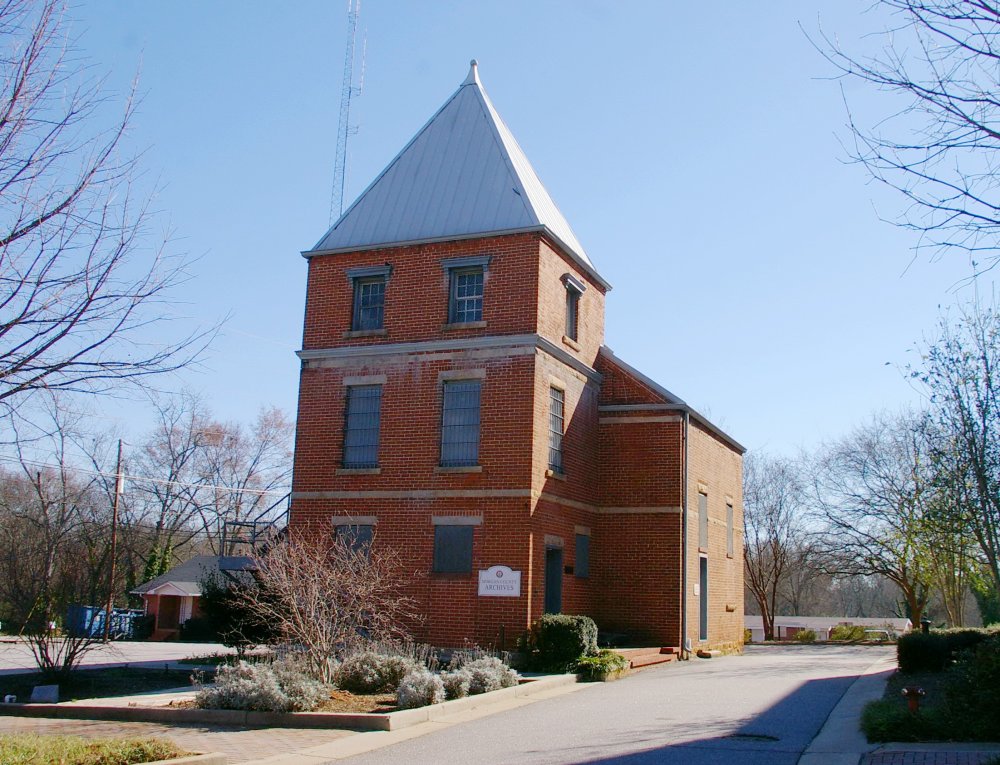 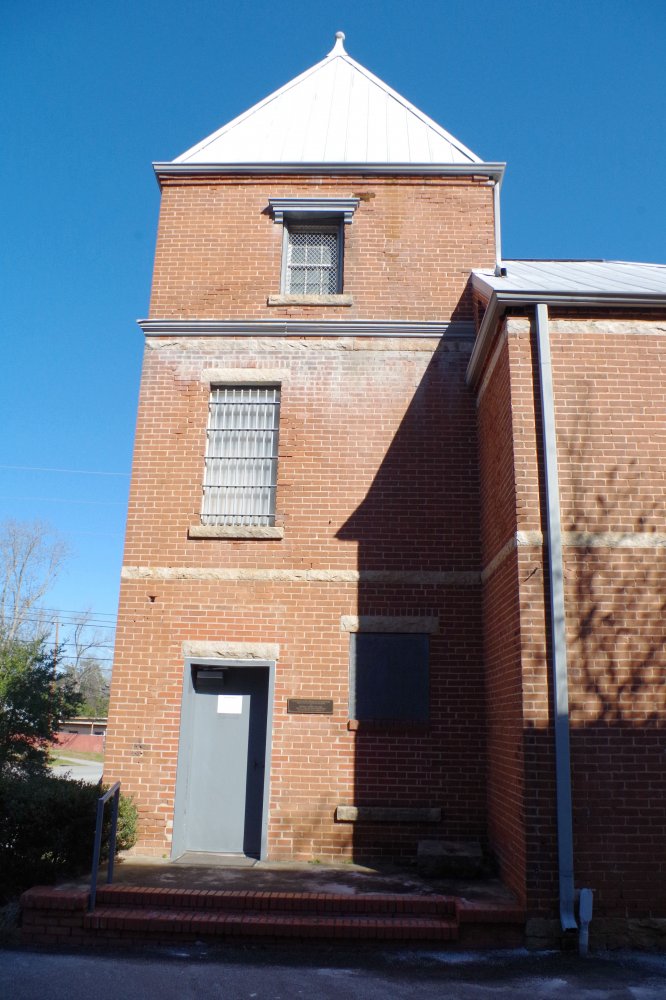