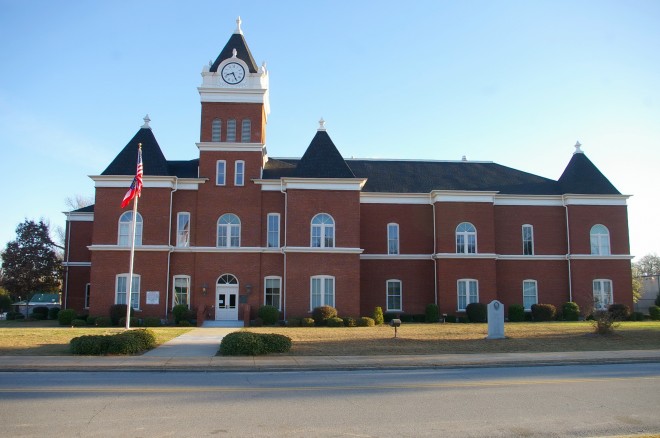 Twiggs County is named for John Twiggs, who was a general during the American Revolutionary War.

Description:  The building faces southwest and is a two story red colored brick, concrete and stone structure. The building is located on spacious landscaped grounds in the center of Jeffersonville. The southwest front has a central clock tower with arched entrance on the first story, arched window on the second story and rising to a clock and steep roof. On the east and west corners are large square brick towers with steep roofs. , A wing extends east with square brick towers on the corners. A horizontal band runs above the first story. The roof is hipped. The building was renovated from 1996 to 2003. The architect was Brittain, Thompson, Bray and Brown and the labor was supplied by the Department of Corrections.

See:  The cross plan of this courthouse is similar to the courthouse plan in Madison County. 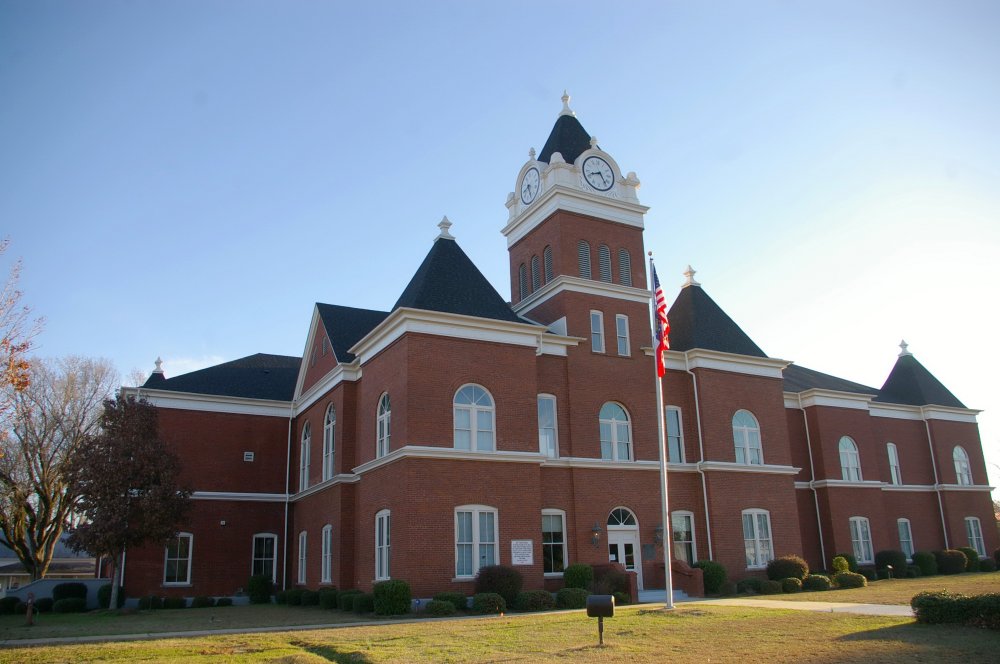 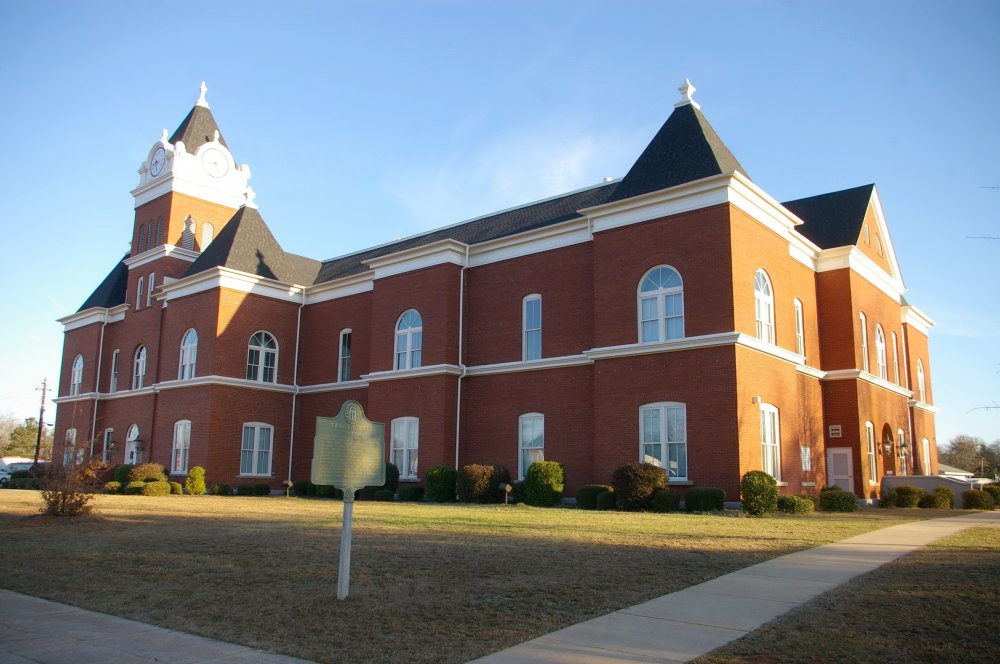 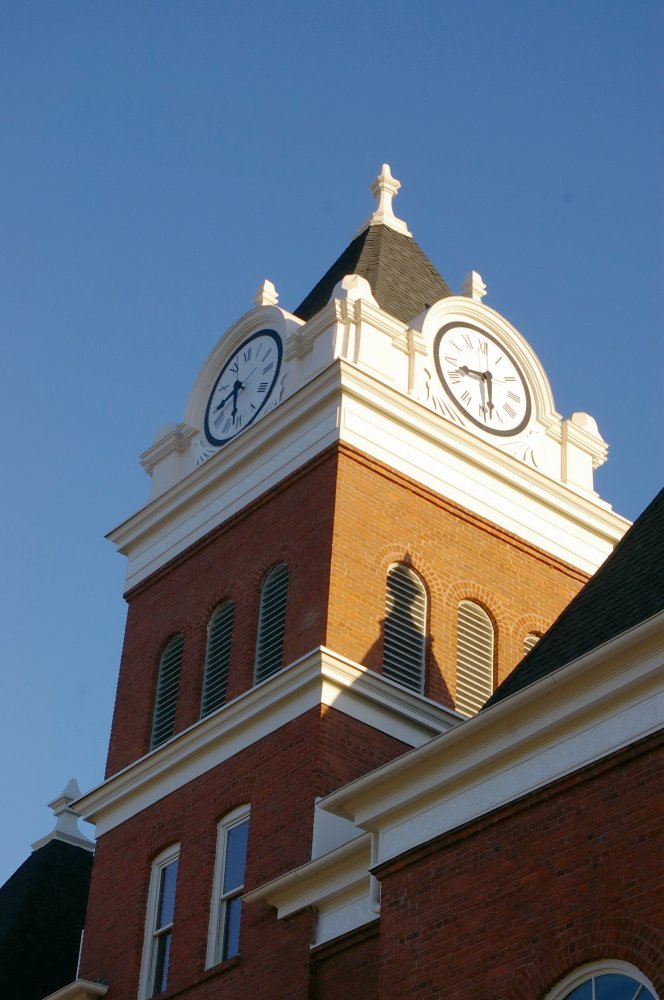 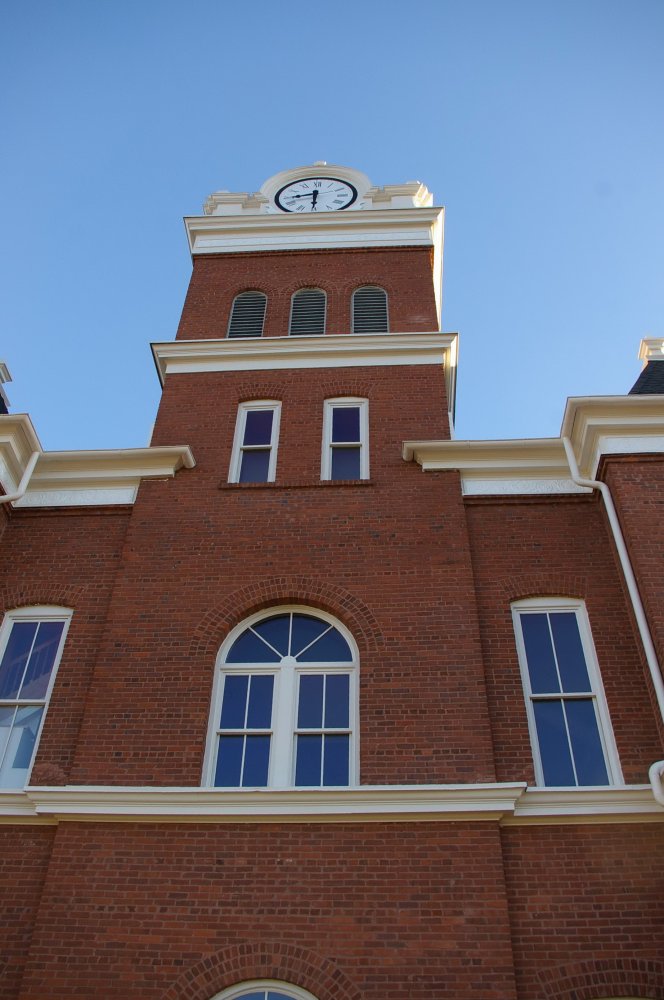 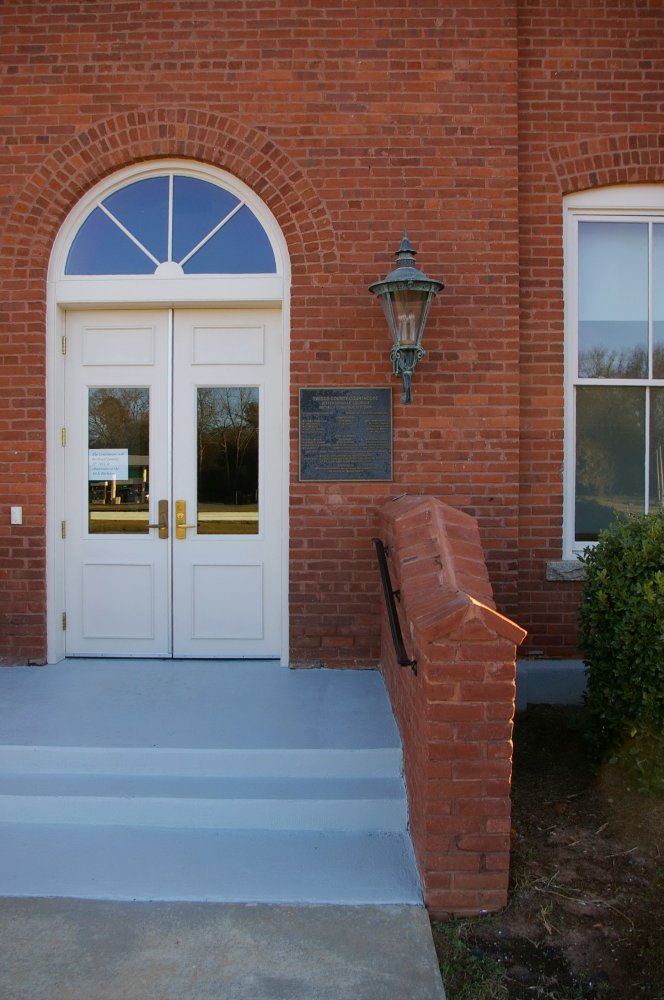 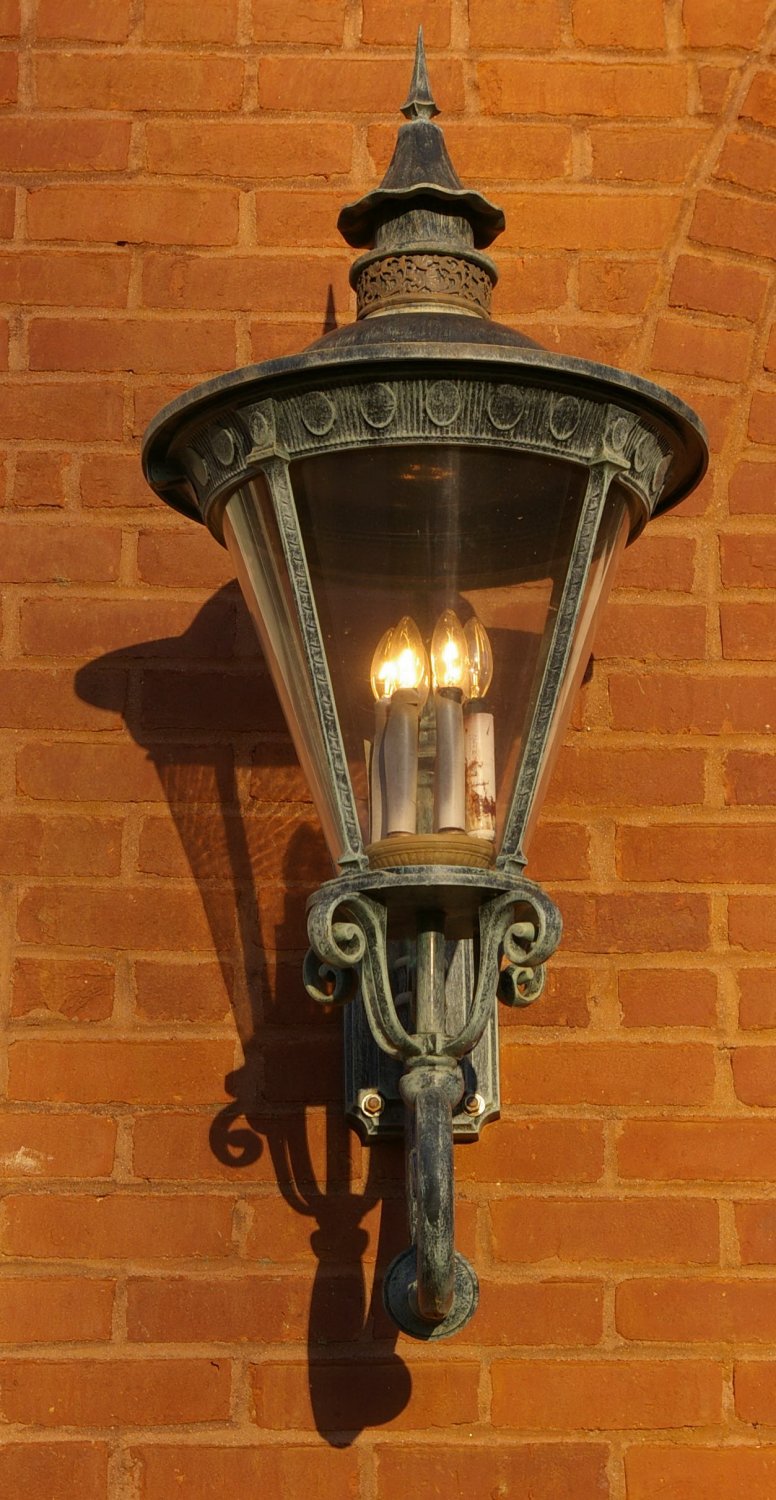 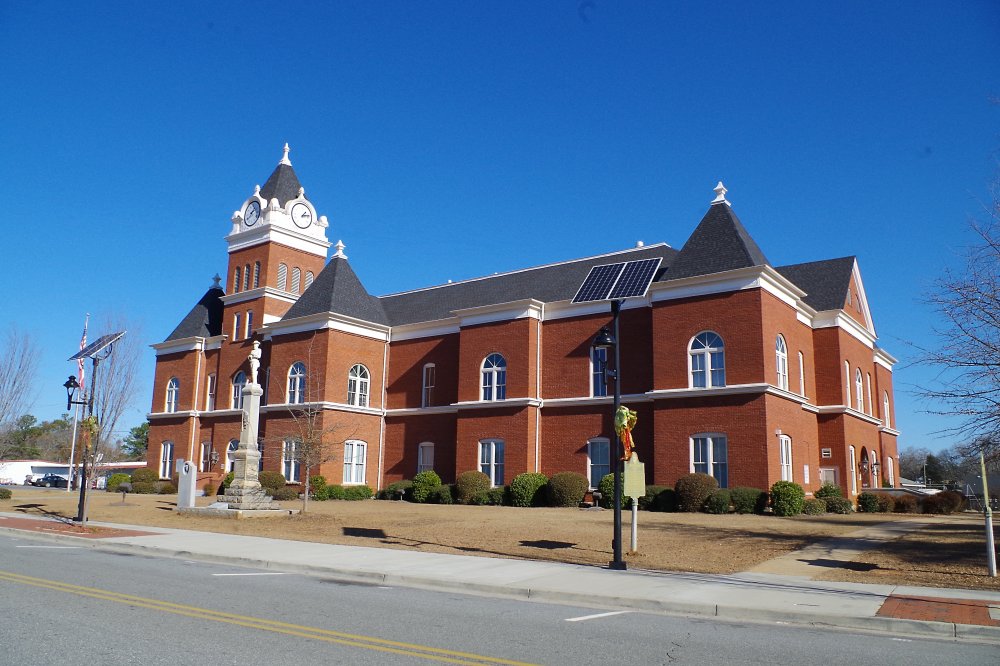 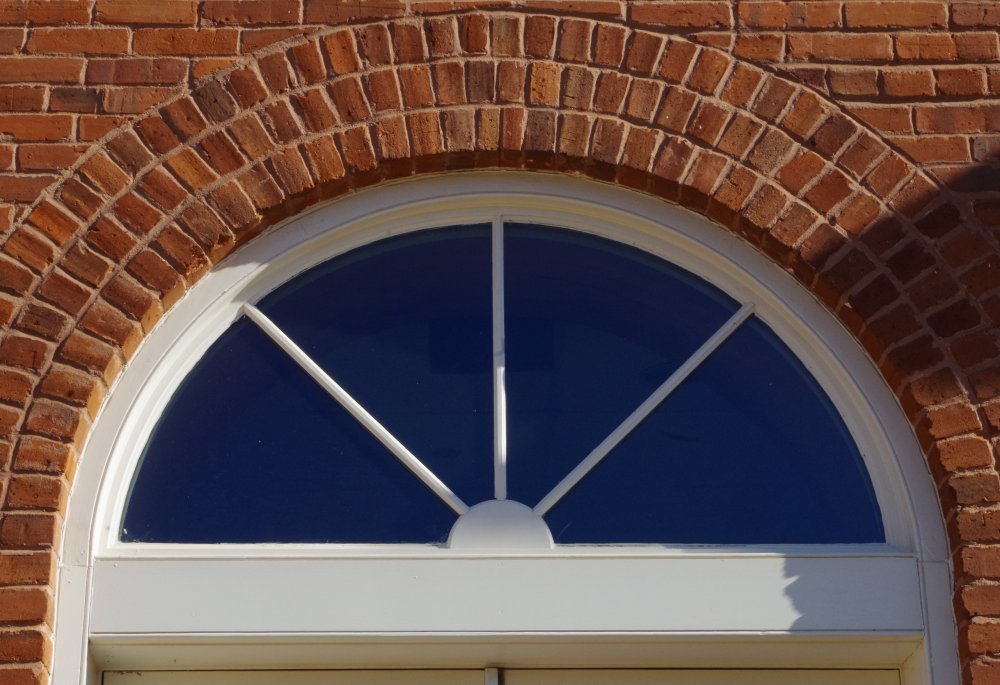 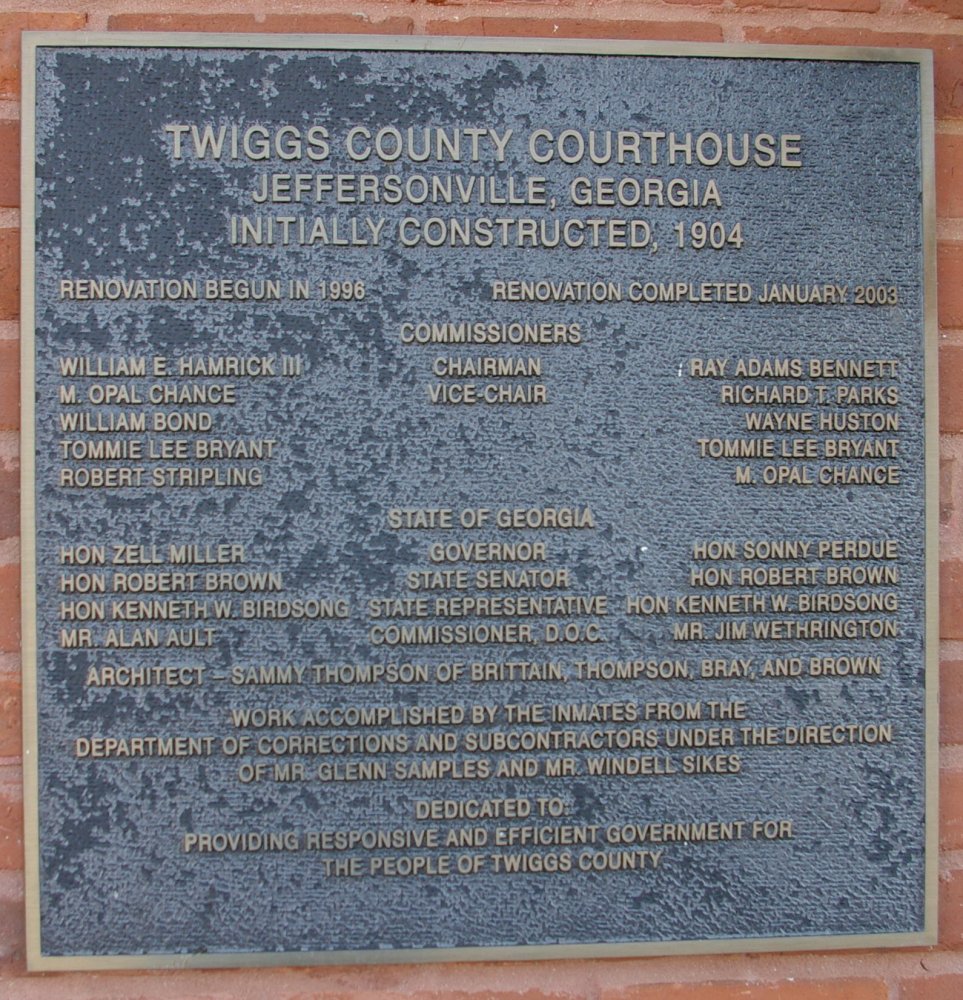