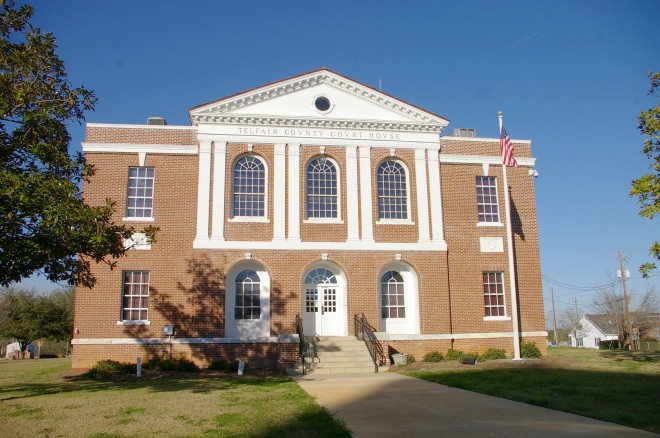 Telfair County is named for Edward Telfair, who was a Governor of Georgia and a congressman. 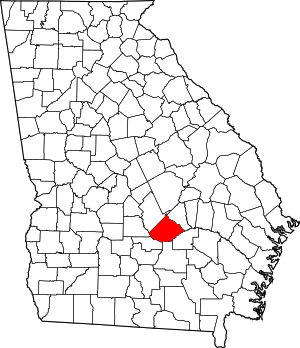 Contractor:  A E Aittner of Albany

Description:  The building faces south and is a two story buff-red colored brick and concrete structure. The building is located on landscaped grounds in the center of McRae. The south front has a projecting center section with three arches on the first story and three arched windows divided by vertical pilasters on the section story and rising to a pediment at the roof line. A horizontal band runs below the flat roof line.

History:  The first courthouse was built in Jacksonville in 1816 to 1820. The second courthouse was a wood structure built in 1860. In 1871, the county seat was moved to McRae and the third courthouse, a two story brick structure, was erected in 1872 to 1873. The fourth courthouse was designed by Alexander Blair of Macon and constructed by J H McKenzie’s Sons of Augusta in 1905. The building burned and the fifth and present courthouse was constructed in 1934 to 1935. 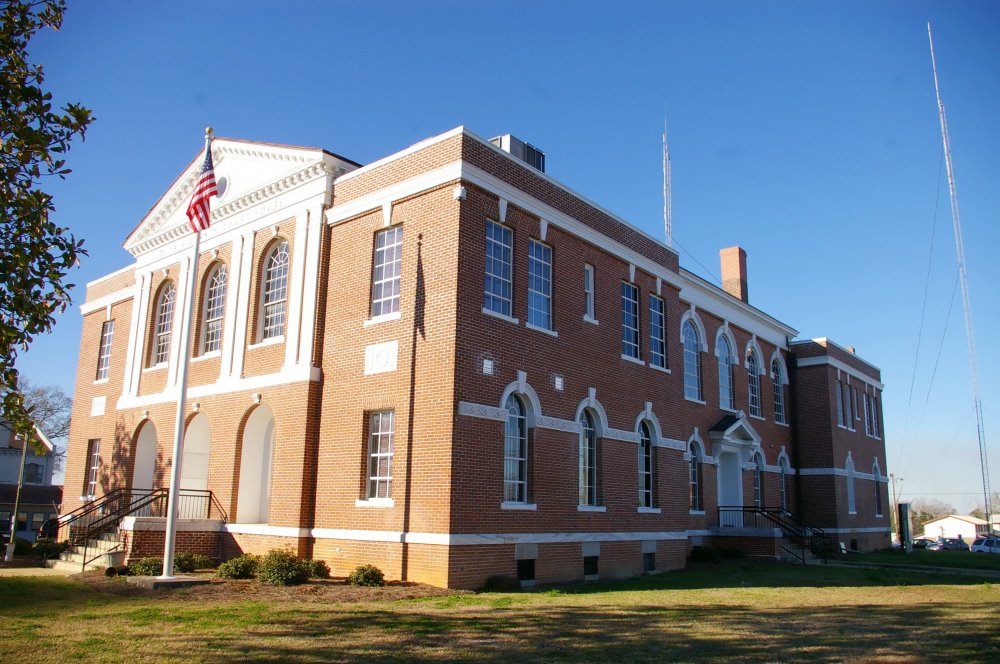 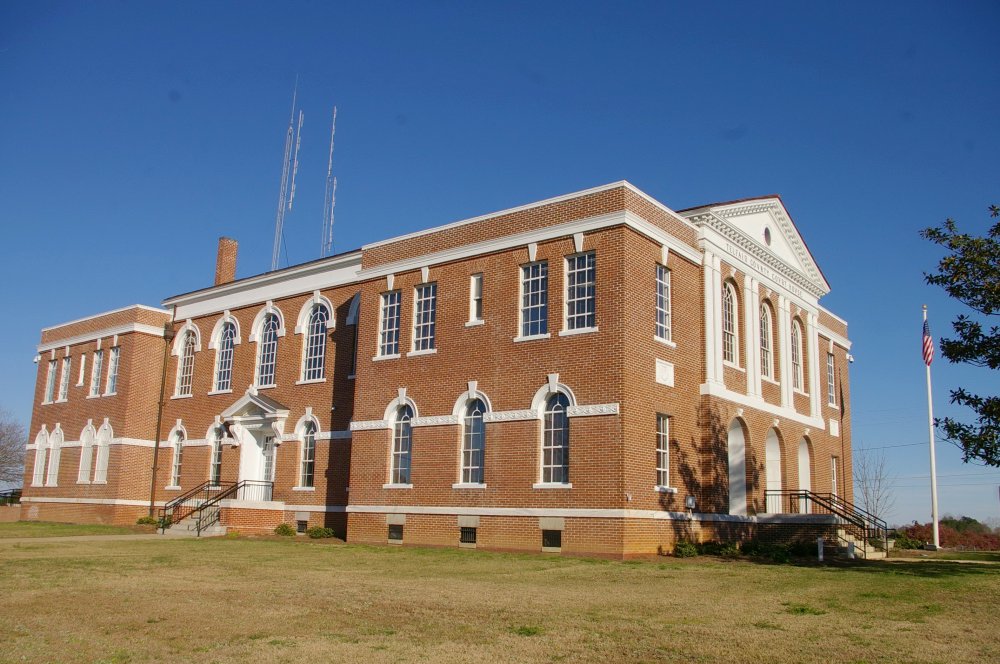 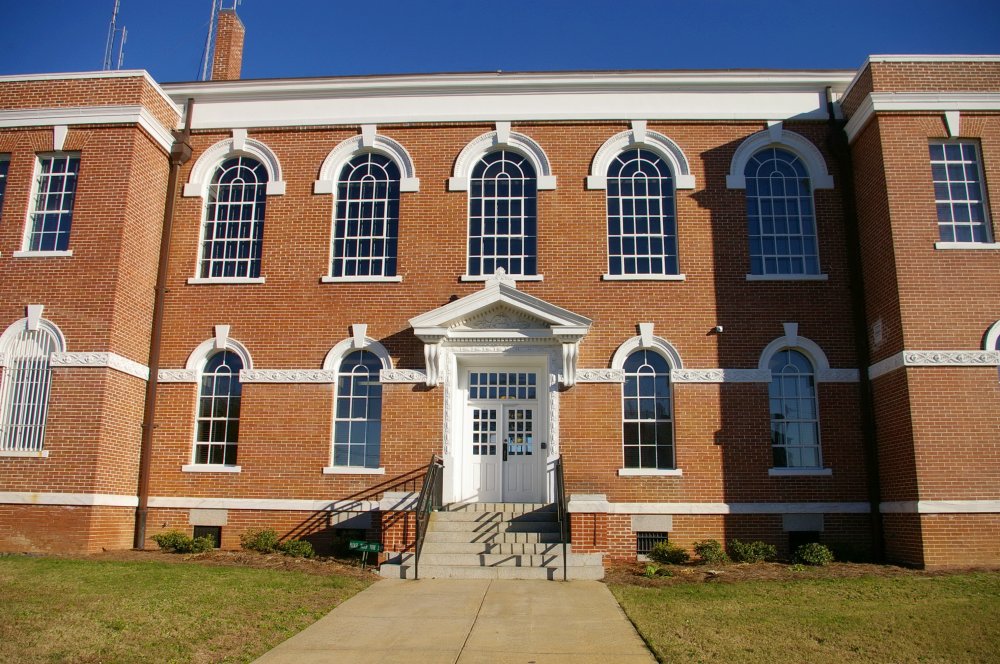 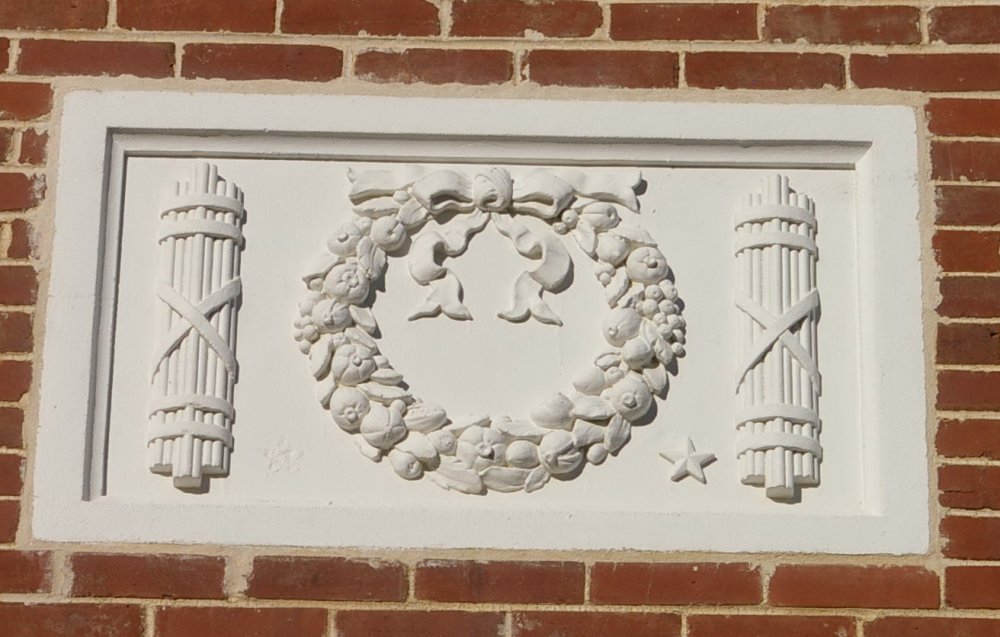 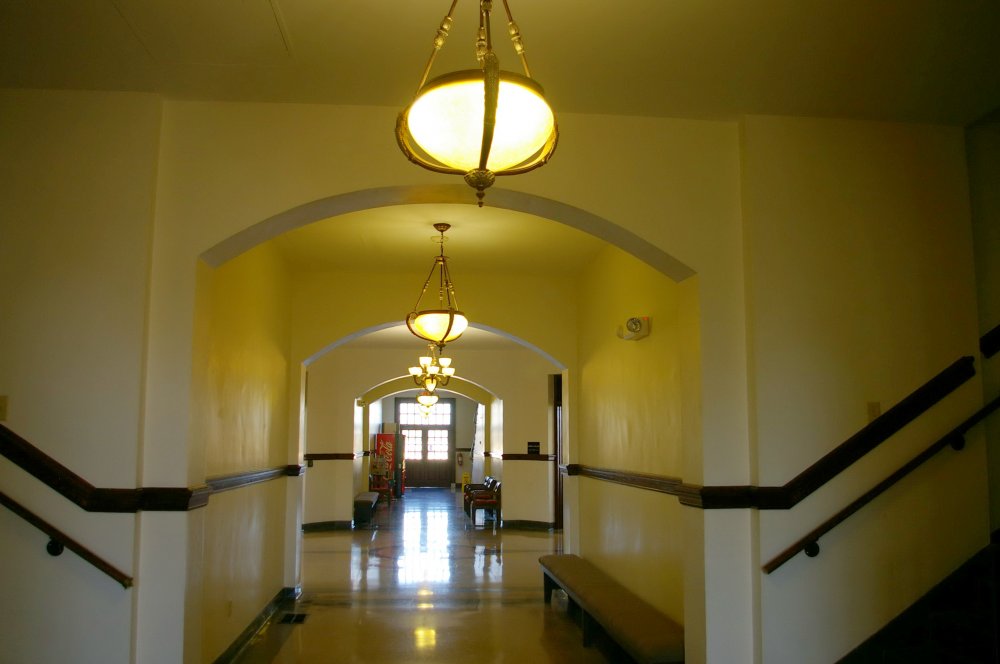 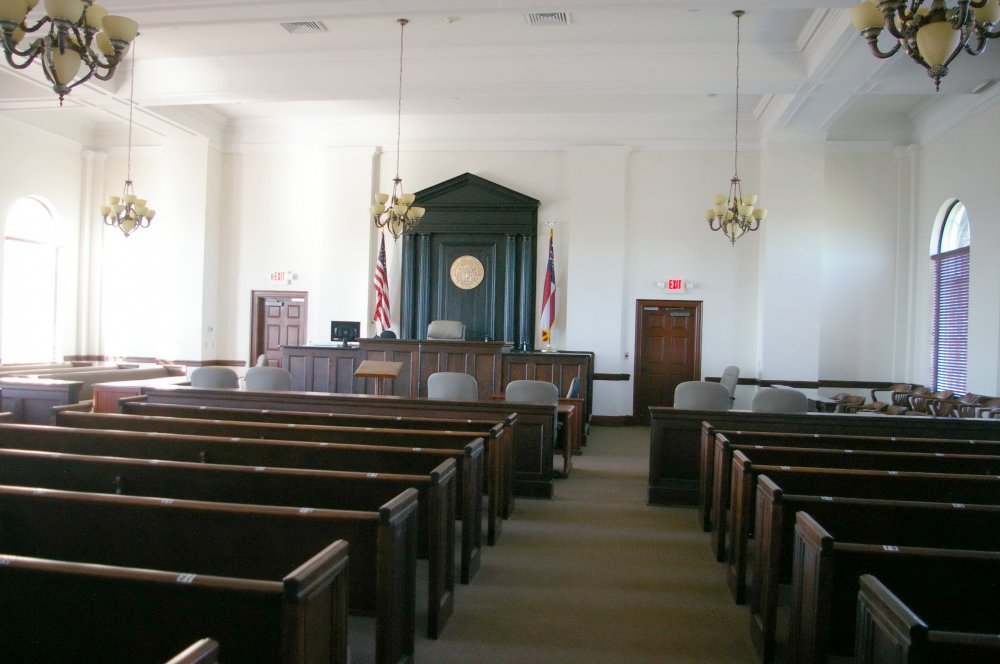 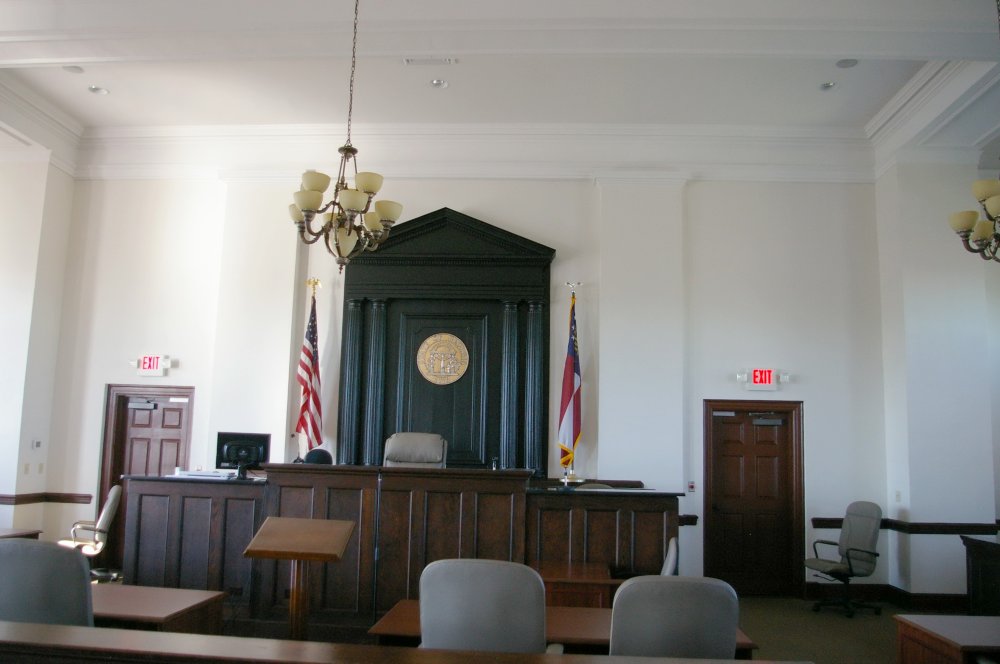 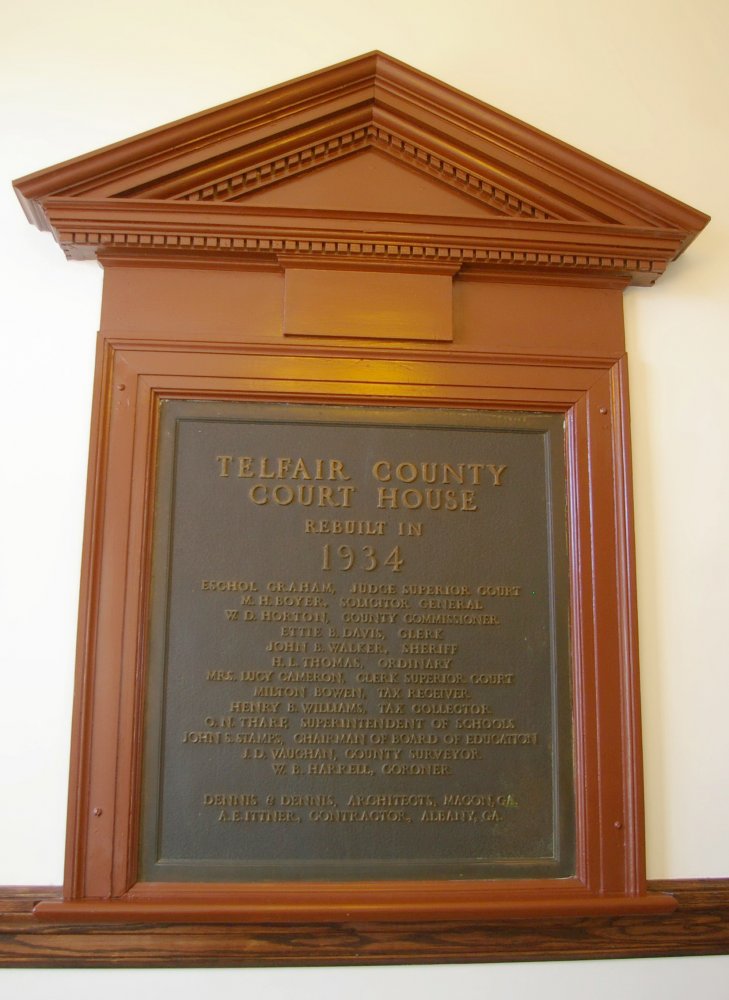 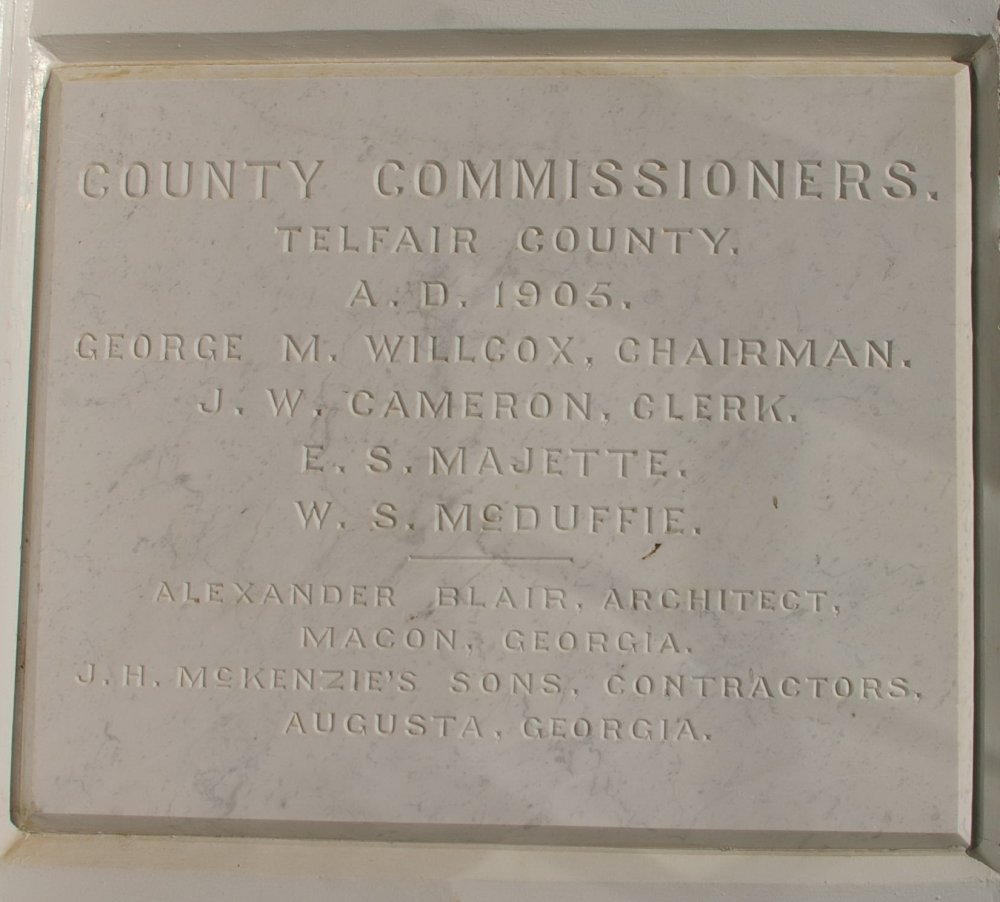 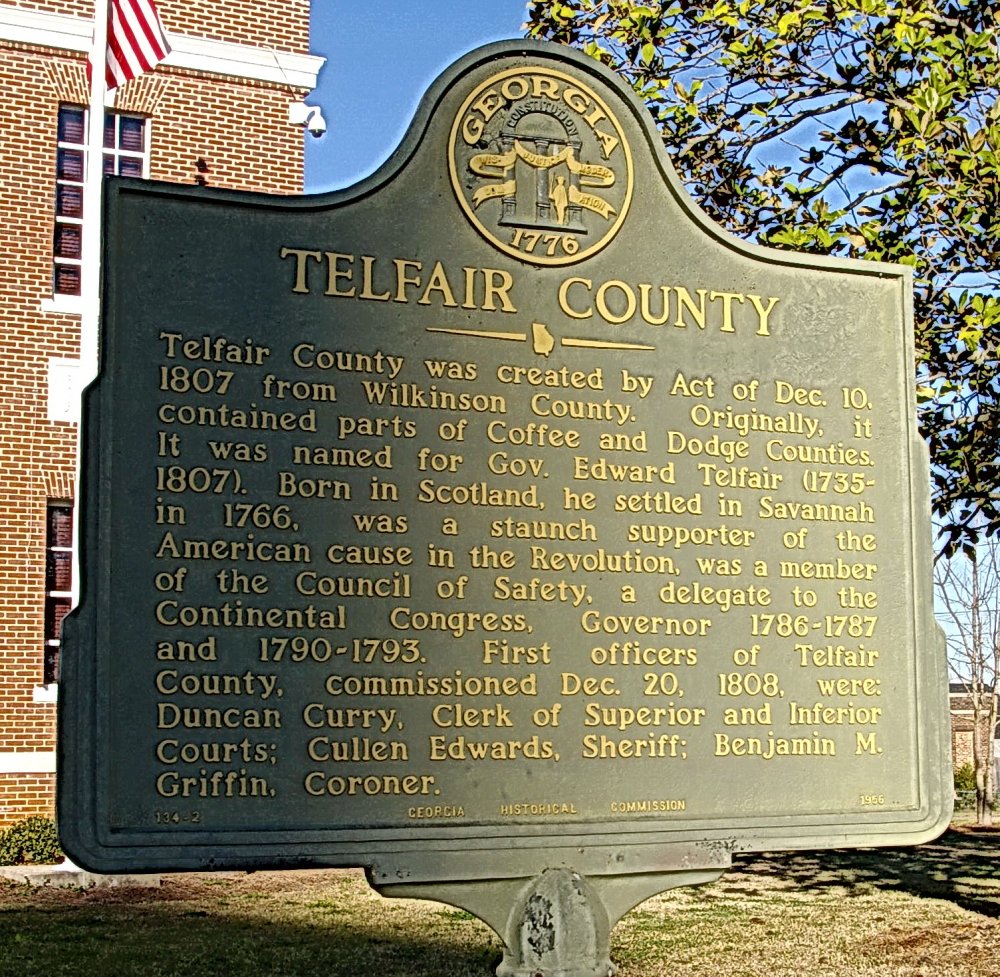