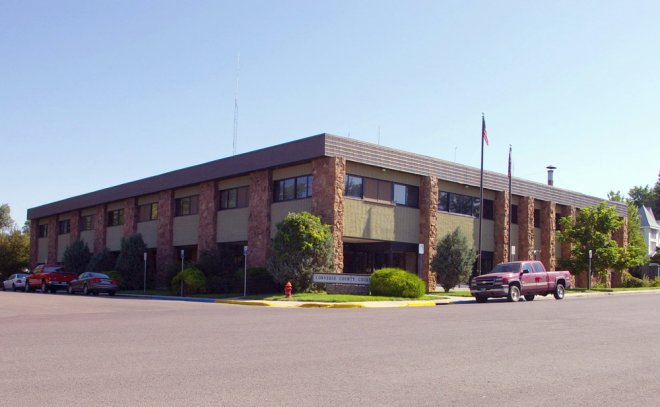 Converse County is named for A R Converse, who was a banker and rancher from Cheyenne.

Built:  1975 – 1976
Style:  Modern
Architect:  Henry Therkilden
Contractor:  Julien Construction Company
Description:  The building faces west and is a two story flagstone, concrete and glass structure. The building is located in the center of Douglas. The entrance is located at the southwest corner with a recessed glass panel and lobby on the first story. There are flagstone vertical dividers between the windows. A wide band runs below the flat roof line. In the interior there is an entrance lobby with stairs ascending to the second story. The courtroom is located on the second story. The building houses the county District Court and County Circuit Court of the 8th Judicial District. 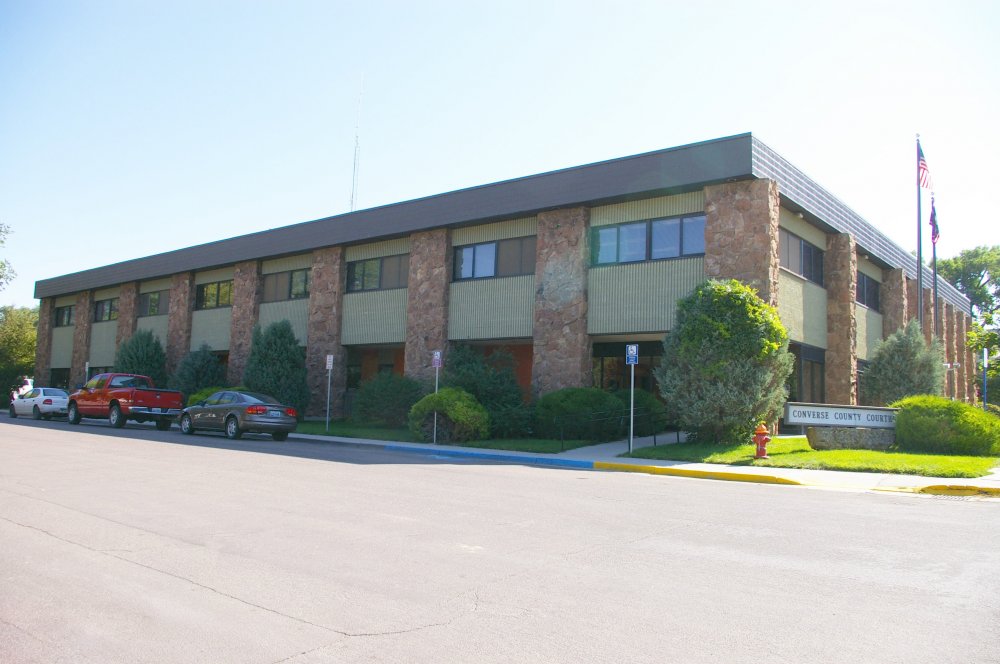 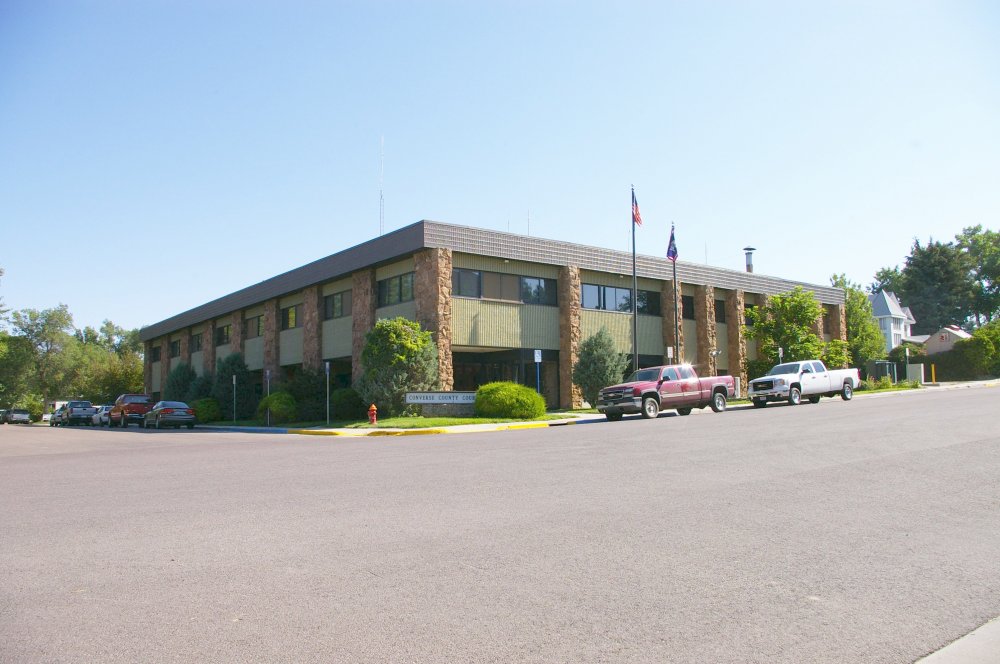 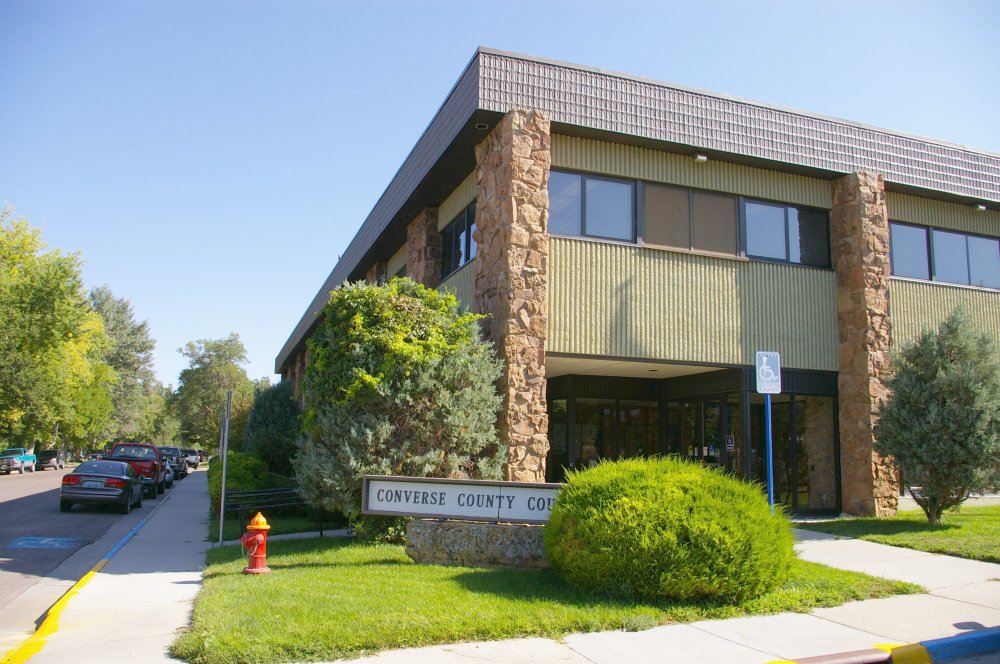 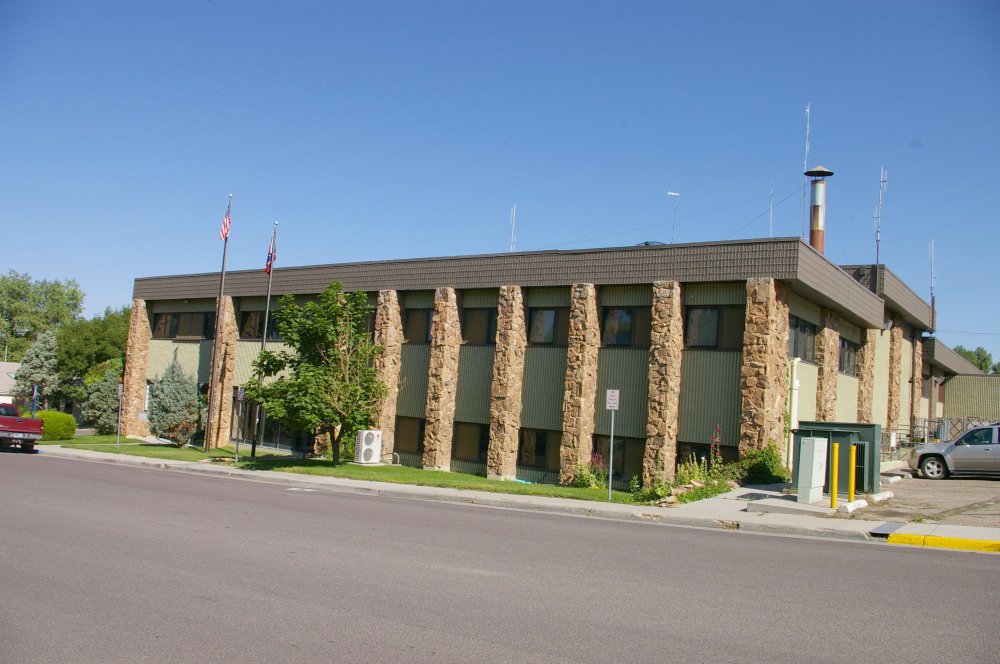 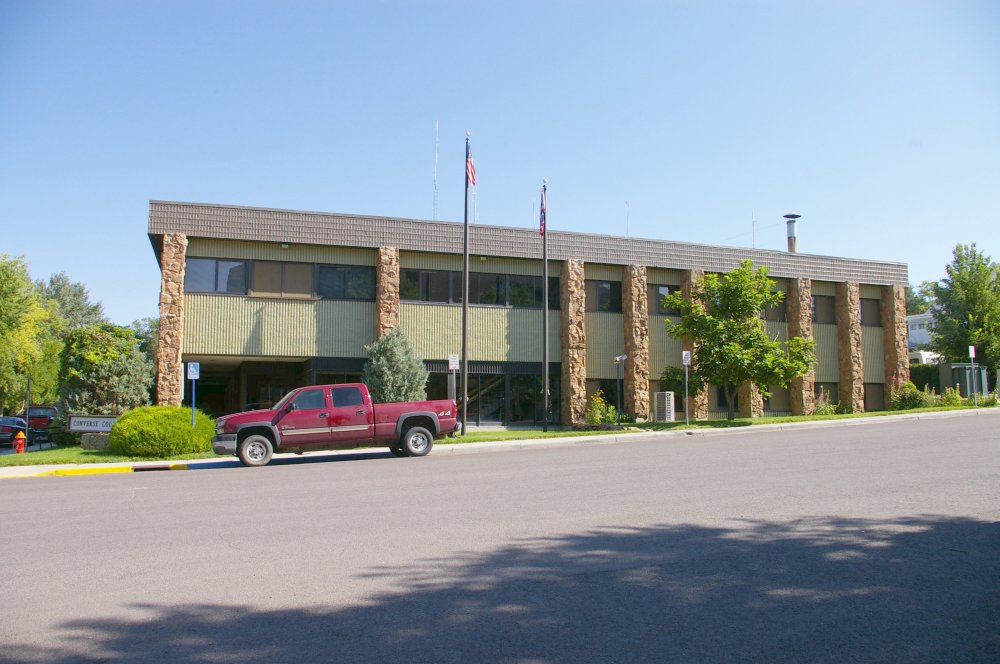 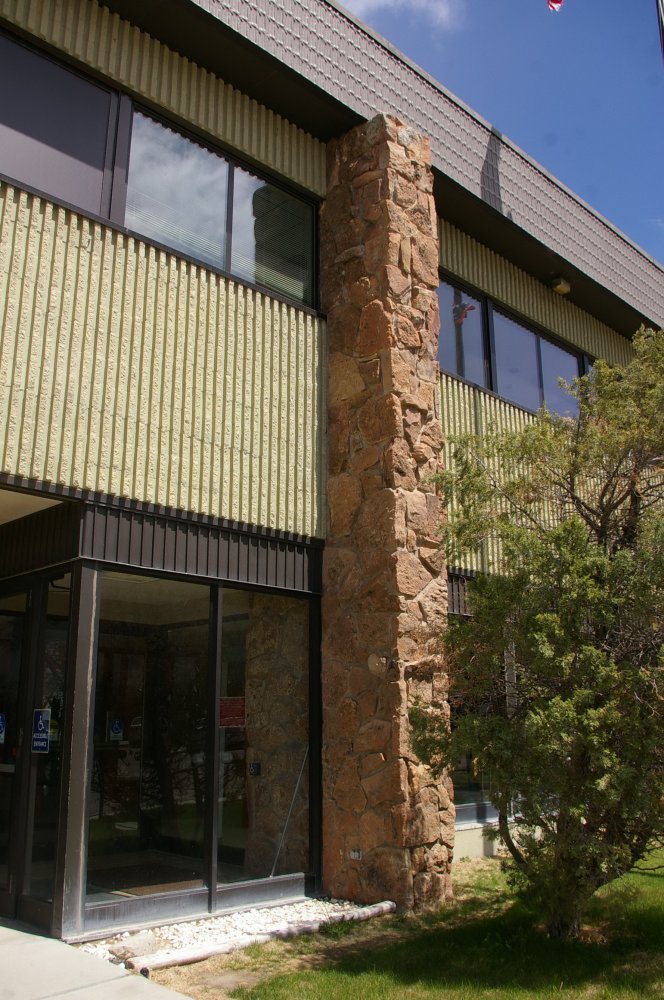 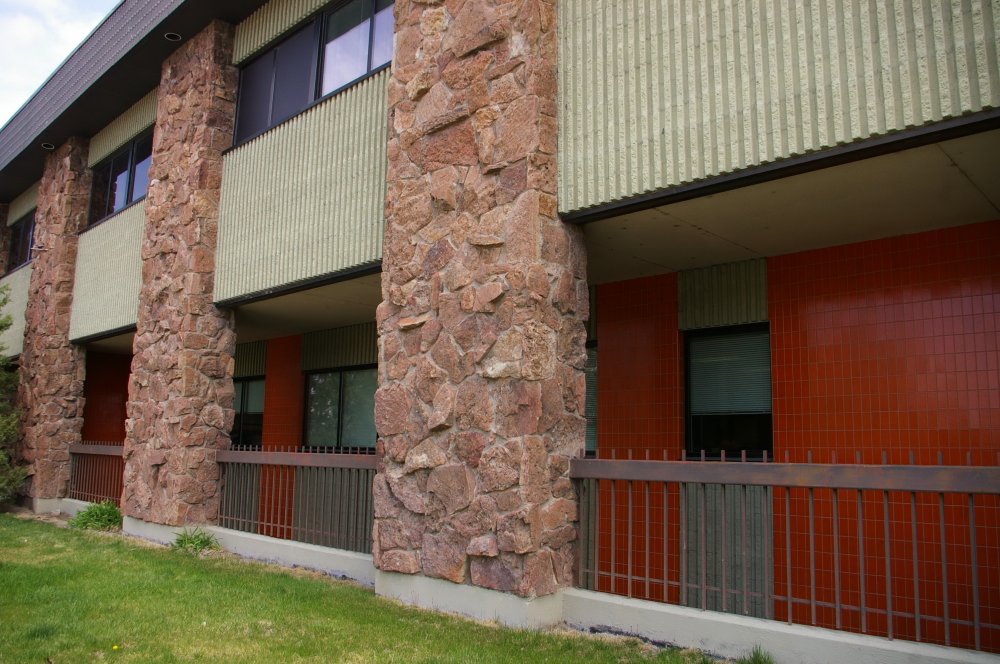 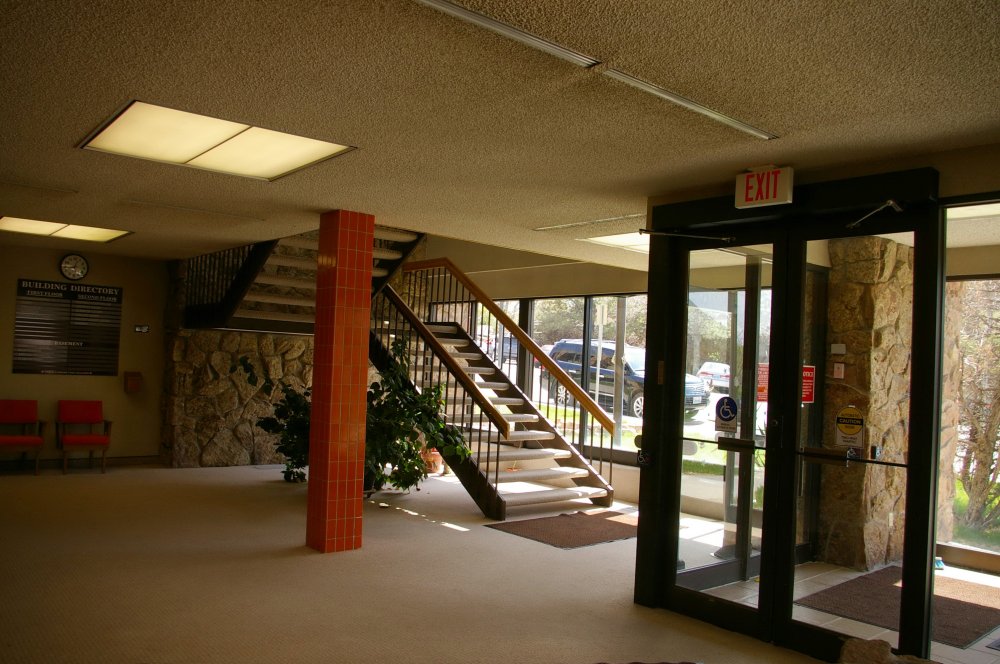 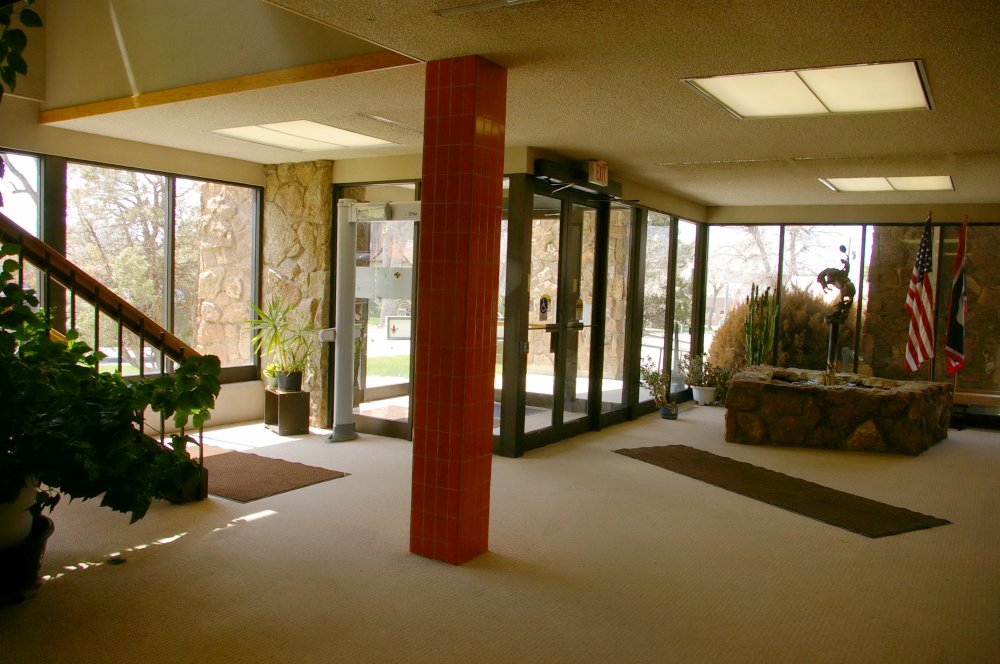 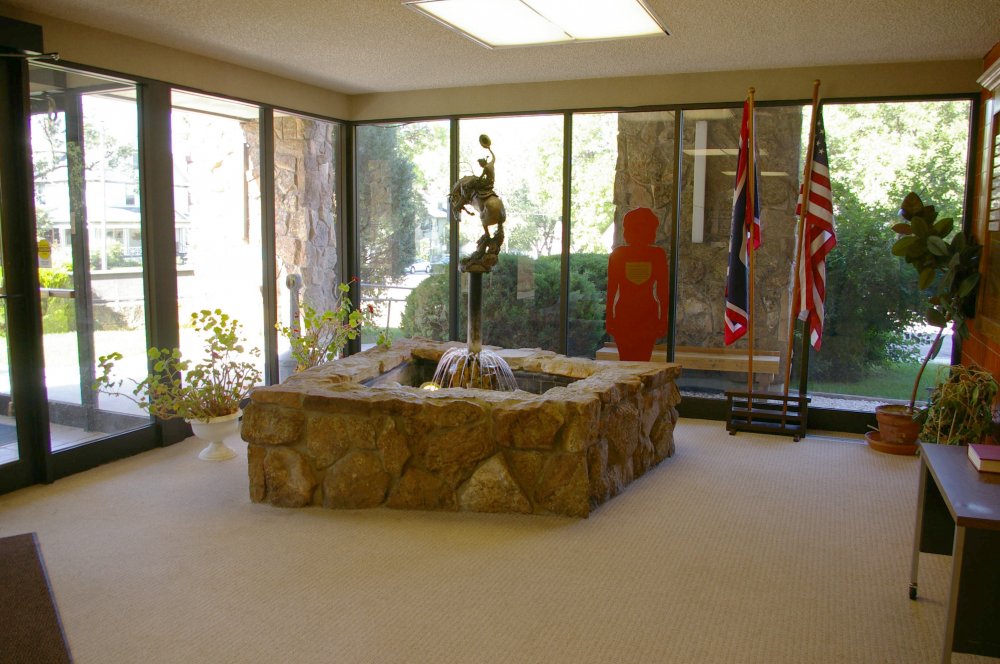 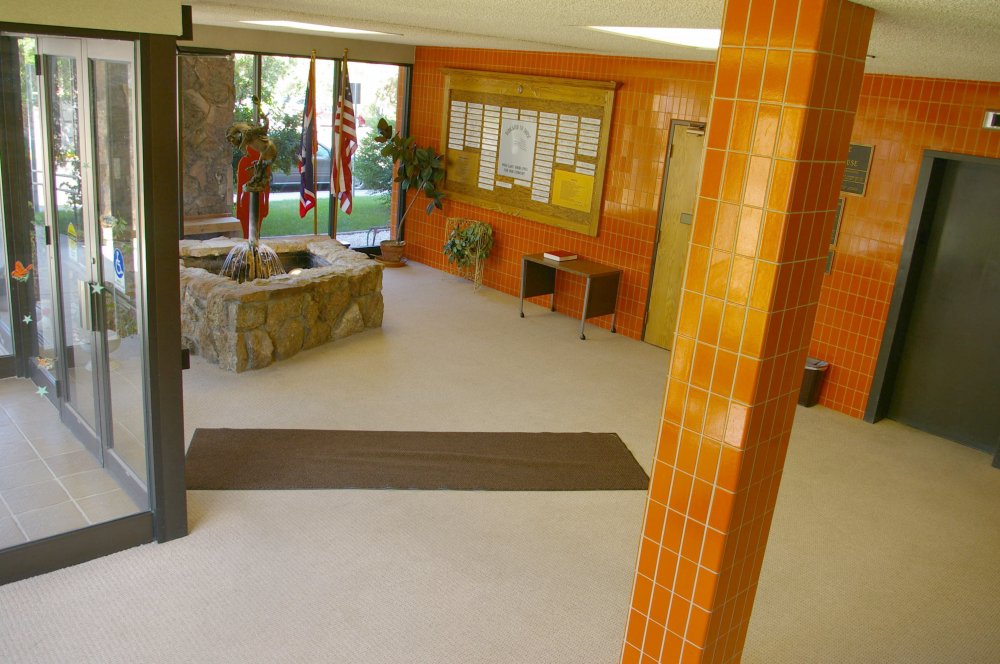 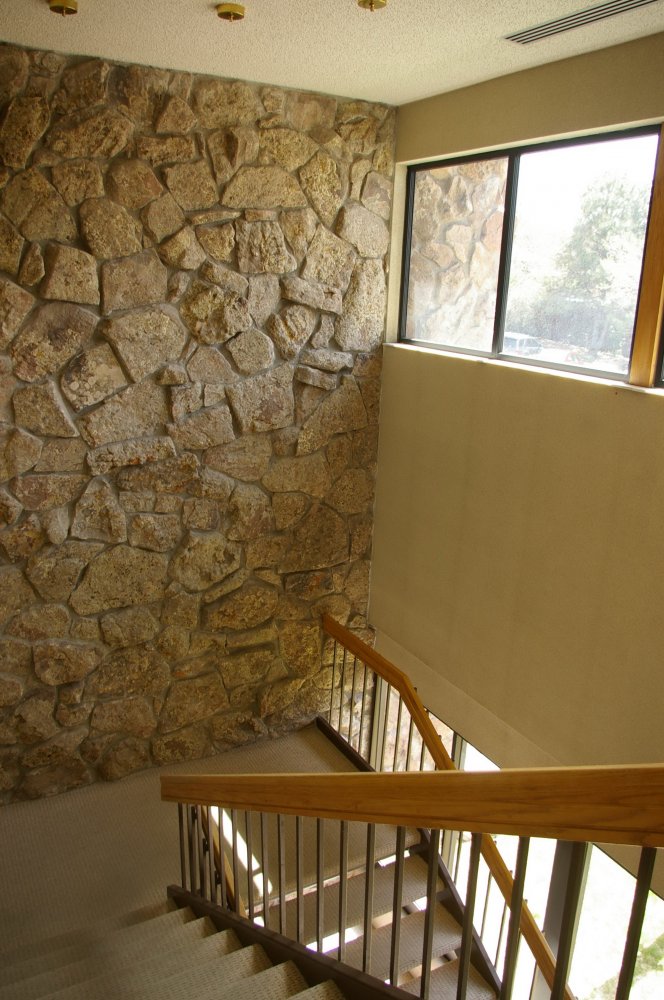 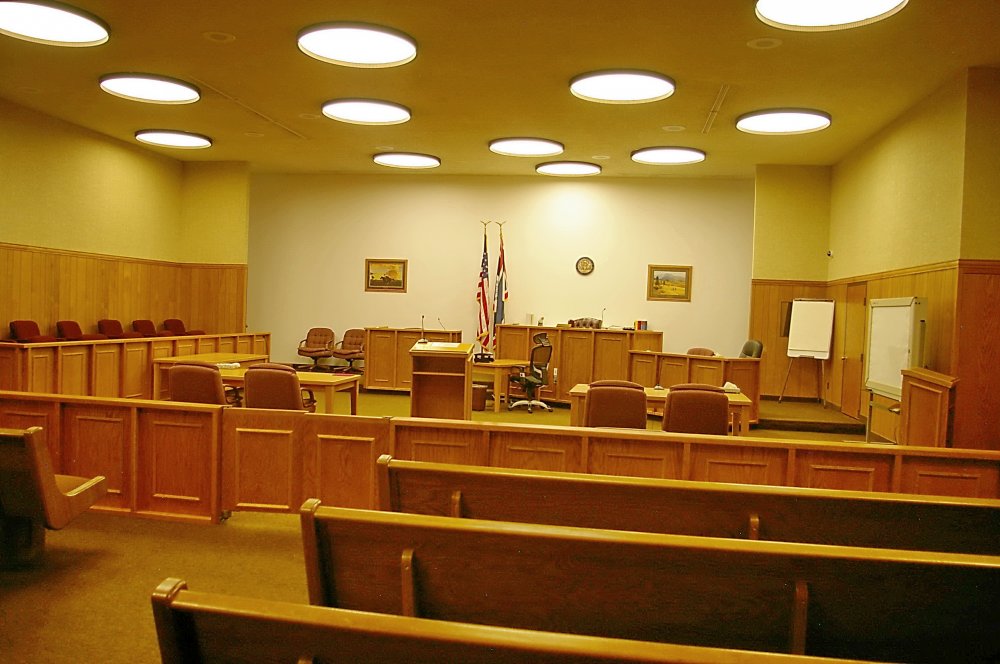 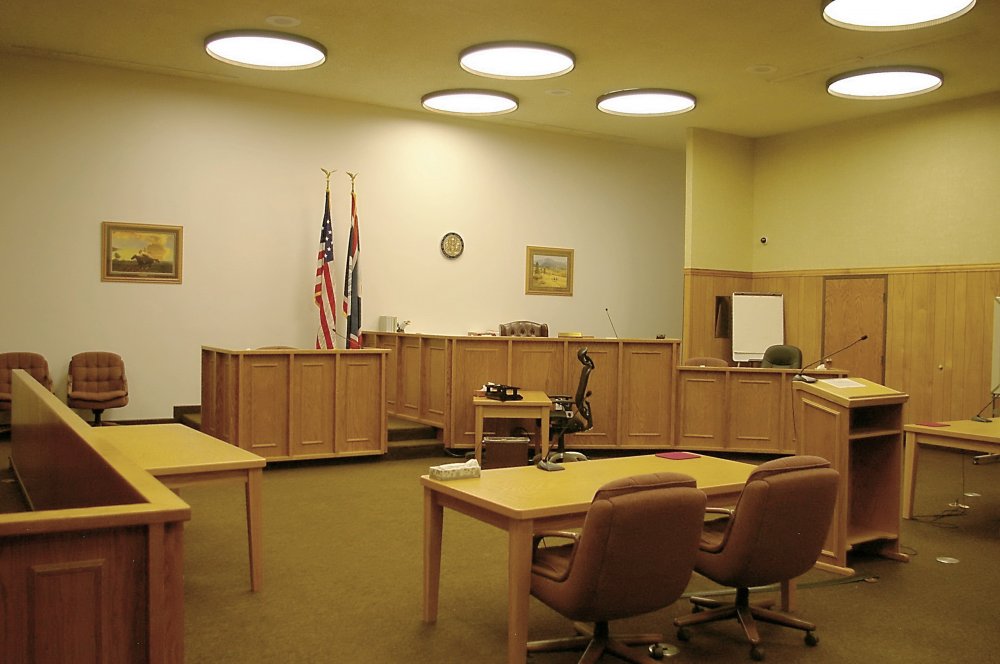