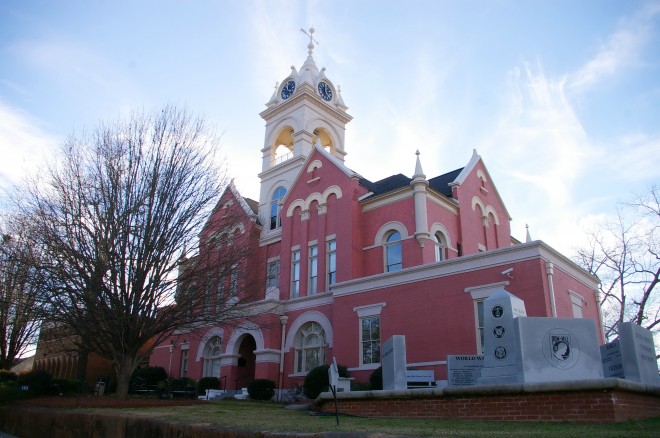 Jones County is named for James Jones, who was a United States Representative.

Description:  The building faces east and is a two story red colored brick, stone and concrete structure. The building is located on landscaped grounds in the center of Gray. The east front has a projecting one story central section with large arch and recessed entrance. On either side are projecting sections which rise to peaks at the roof line. Between these sections is a large high square clock tower with open belfry, clock and dome at the top. There is a one story section on the northeast corner which extends from the main building. In the interior, there is a central rotunda with metal ceiling. The courtroom is located on the second story and there is a small courtroom on the first story. The building houses the Superior Court of the 8th Judicial Administrative District, Juvenile Court, Probate Court and Magistrate Court. On the south side is a three story buff colored brick addition constructed in 1976 to 1977 which houses the County Law Enforcement Center. The architect was Dunwoody and Company and the contractor was Warren and Associates. 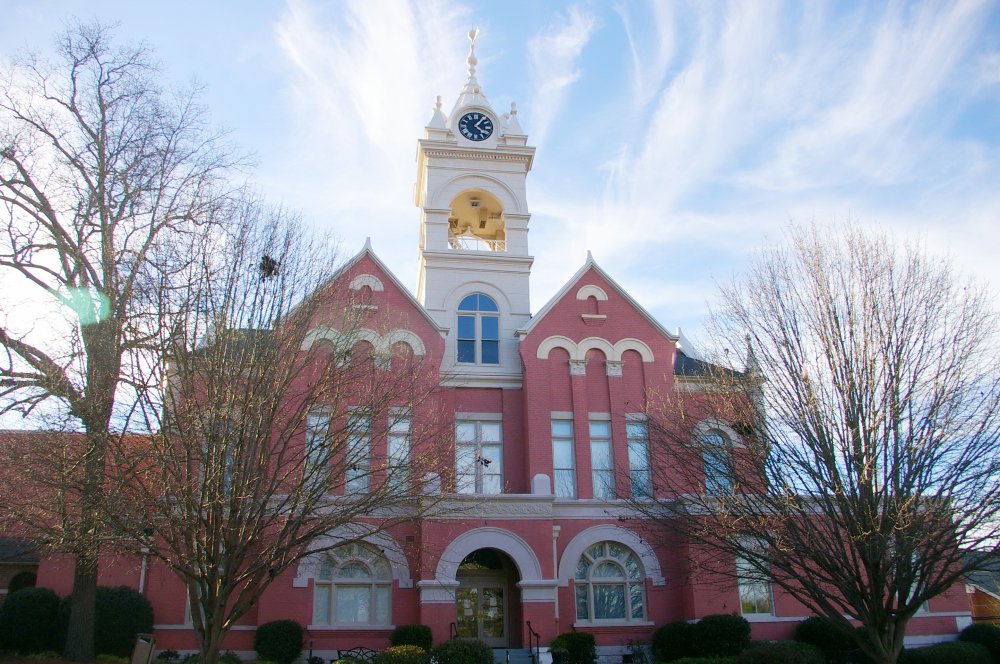 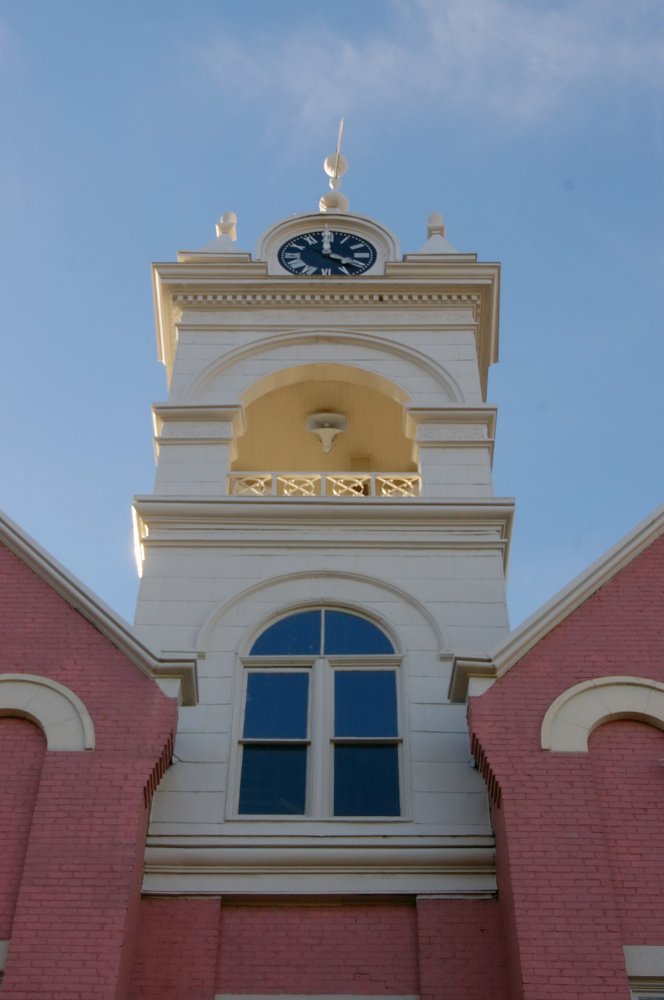 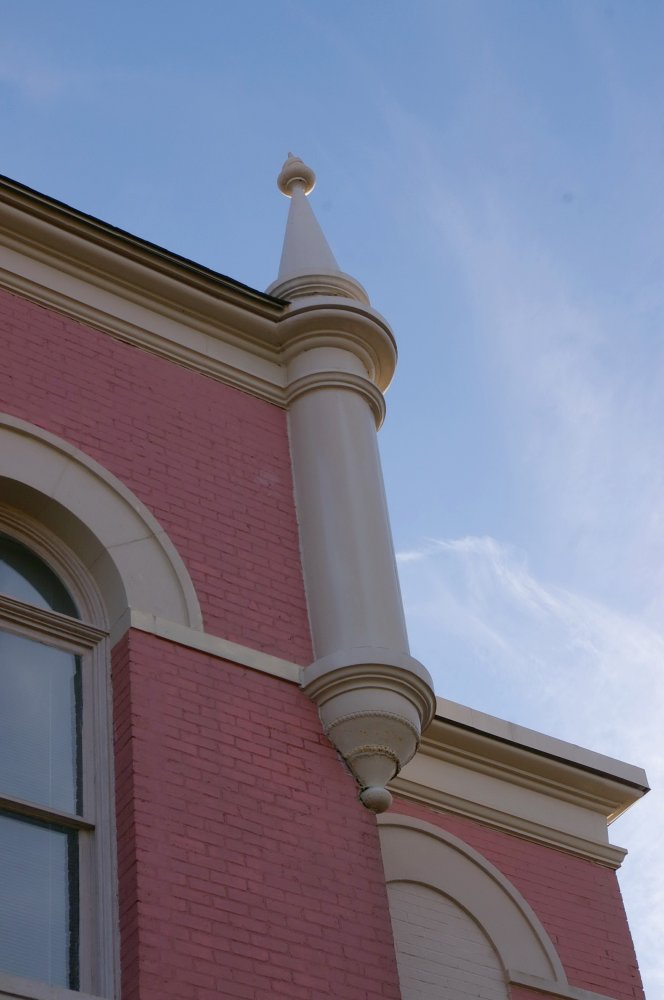 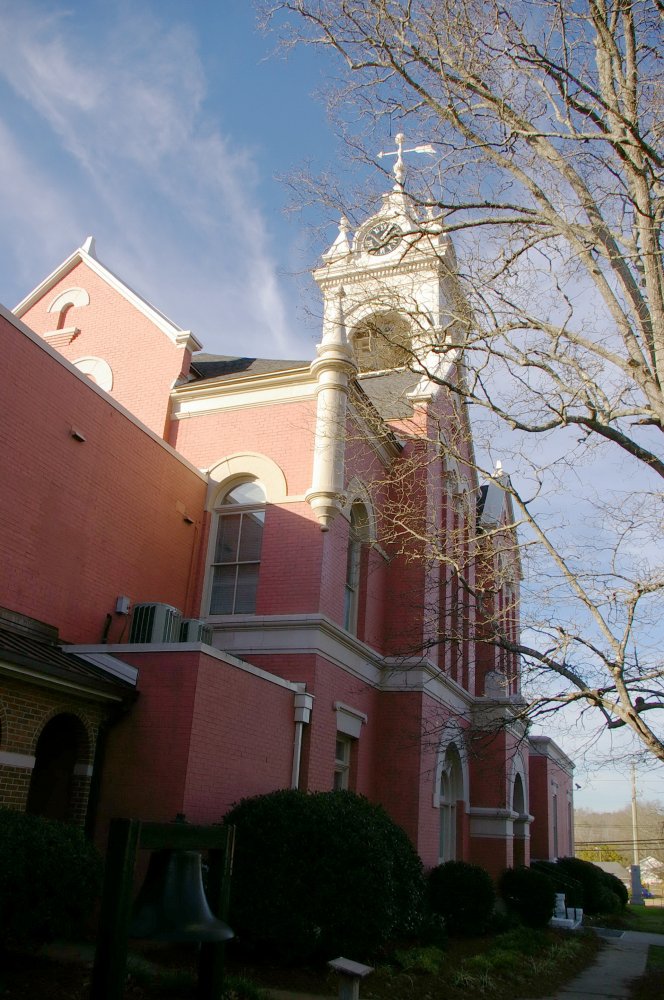