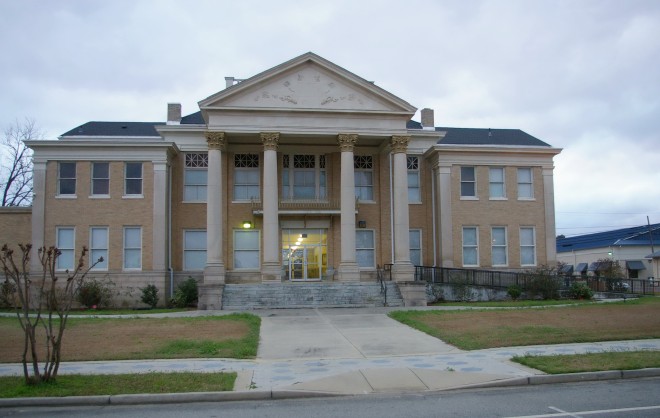 Ben Hill County is named for Benjamin Hill, who was a Confederate and a United States Senator. 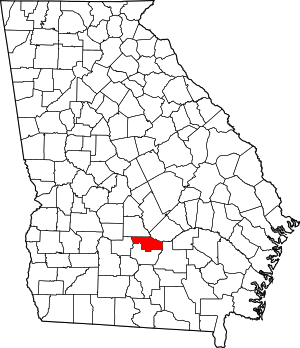 Description:  The building faces north and is a two story buff colored brick and concrete structure. The building is located on spacious landscaped grounds in the center of Fitzgerald. The north and west sides has central porticoes with four columns rising to pediments at the roof line. There are small balconies on the second story above the entrances. On the north side, the east and west sections of the building project from the main building. On the roof is a large platform with white colored railing. The courtroom is located on the second story.

History:  The courthouse originally had a clock tower, but the tower was removed in the 1950’s. The courthouse is the first and only courthouse erected in the county. The cost of construction was $50,000. 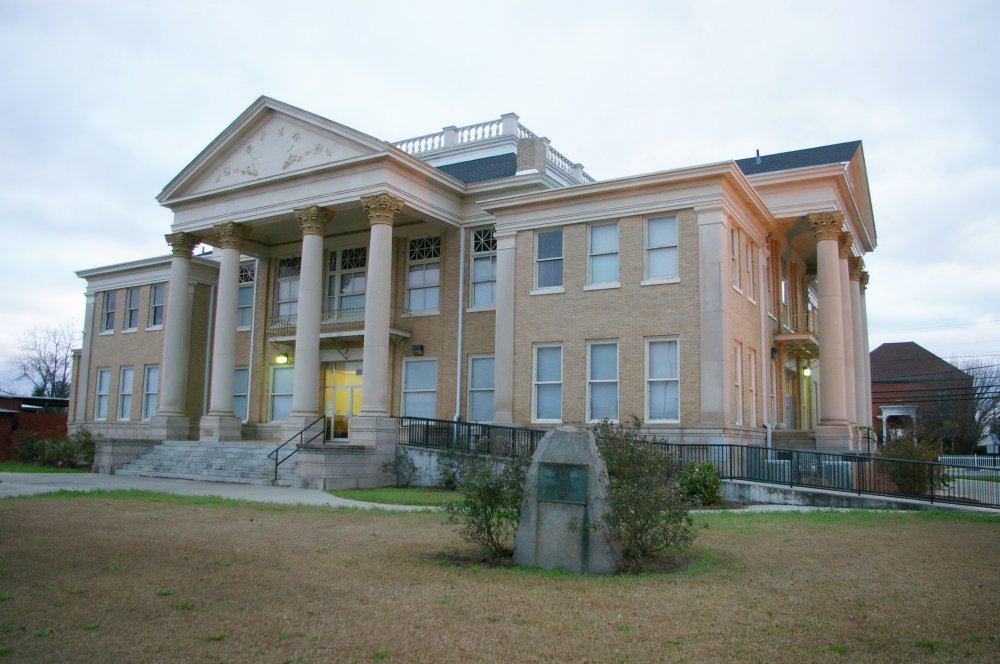 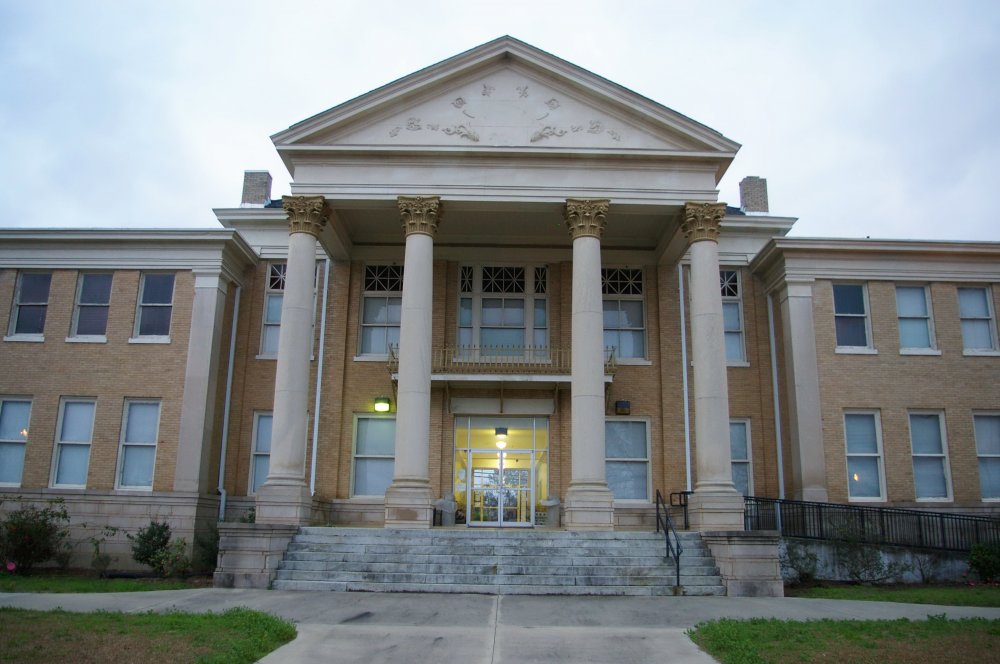 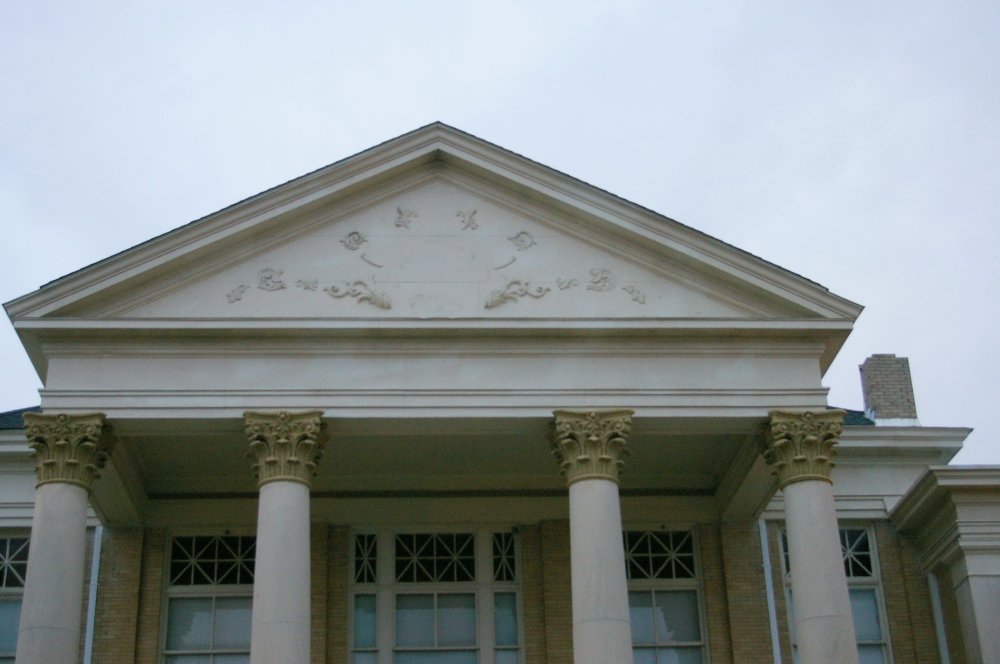 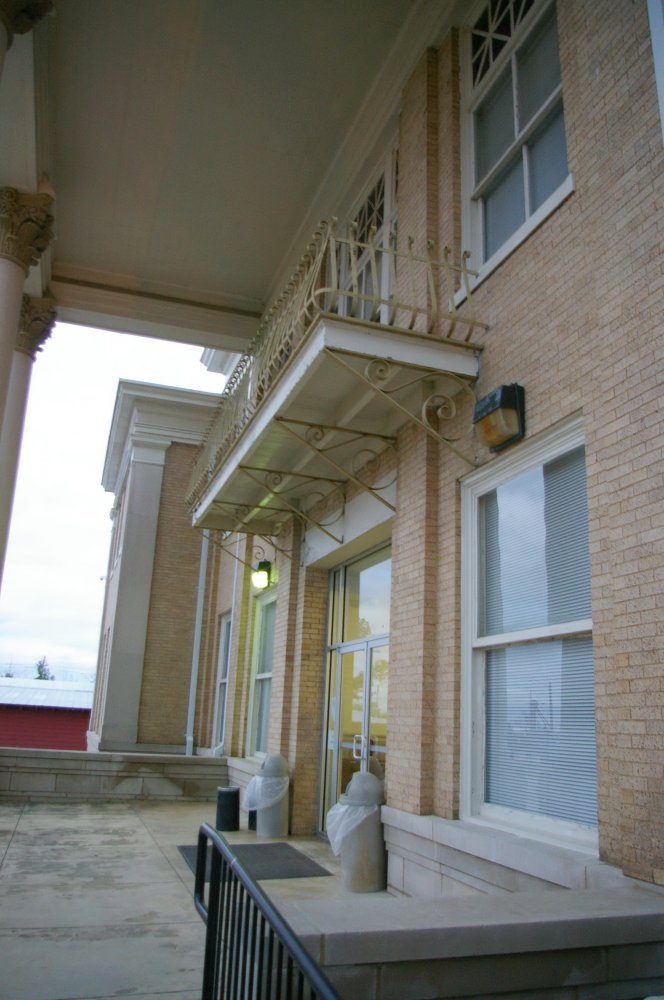 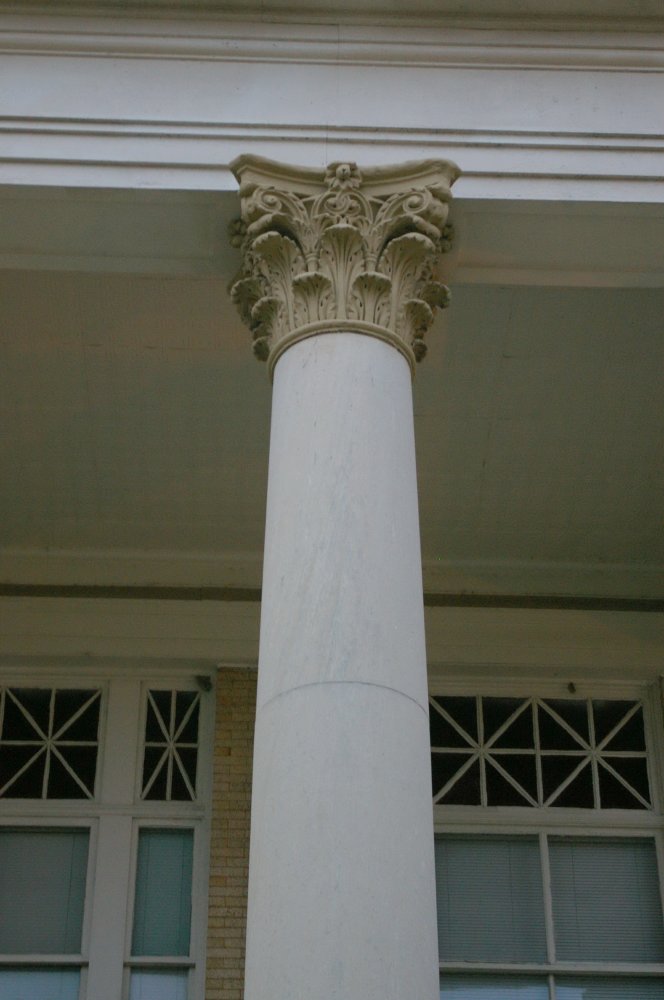 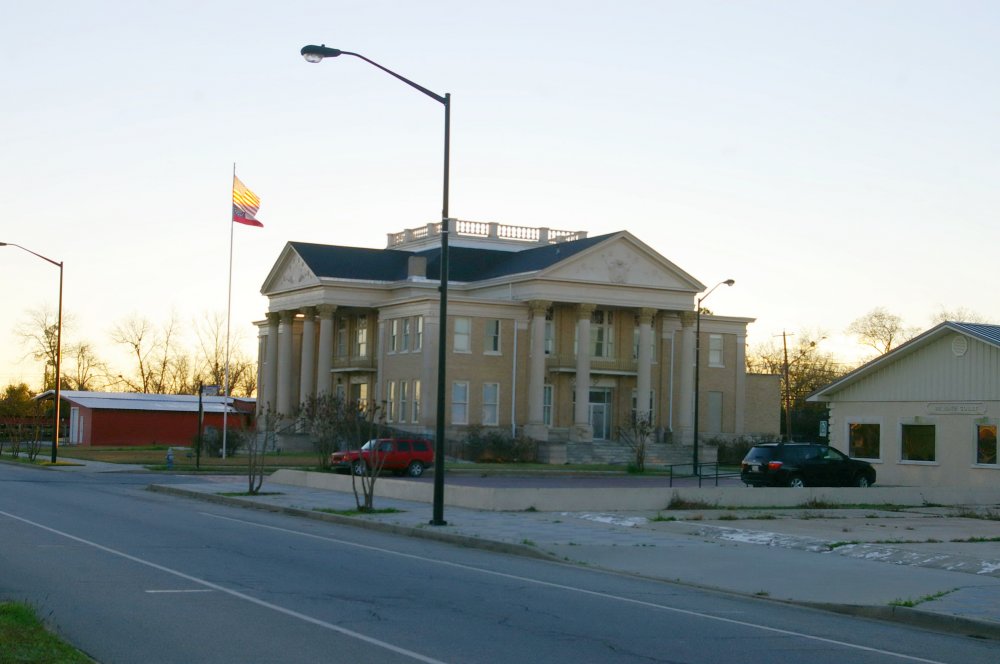 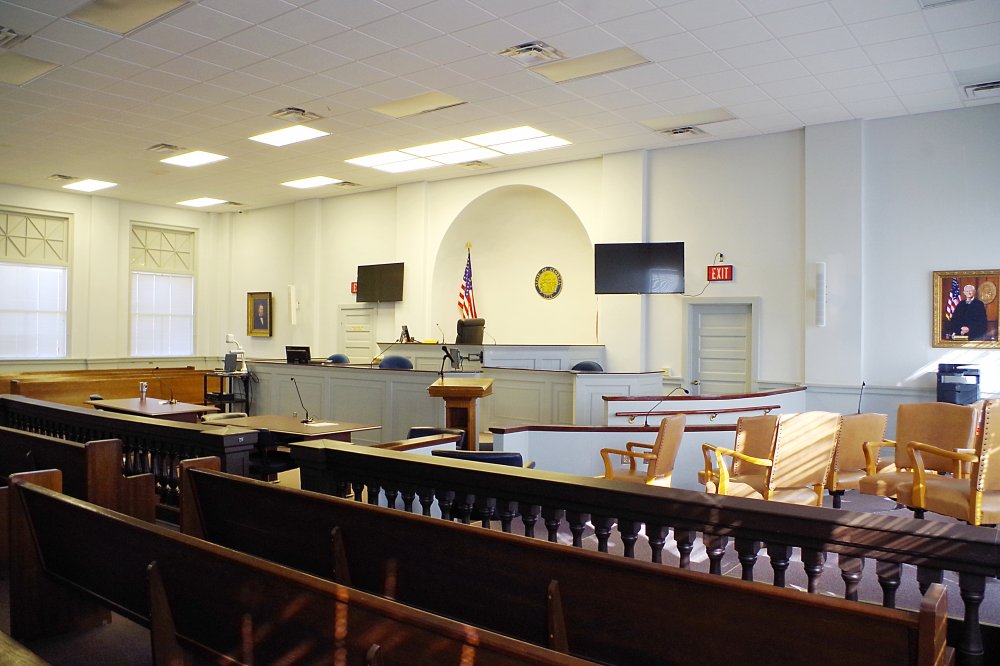