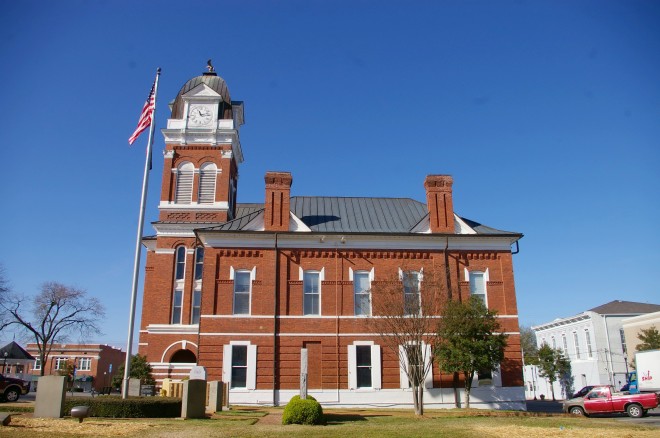 Description:  The building faces south and is a three story red colored brick and stone structure. The building is located on the landscaped grounds of Courthouse Square in the center of Sandersville.. The building faces south and was completed in 1869. The south front  has a large arch on the first story with recessed entrance. Above the arch rises a square brick clock tower with clock, black colored dome and eagle statue at the top. On the west side is a three story section with central dormer and on the east side is a two story section. There is stone trim on the building. The roof is hipped. The courtroom is located on the second story. An addition was built in 1899. the architect was Lewis F Goodrich and the contractor was J H McKenzie & Sons. Another two story red colored brick addition was built in 1938 on the west side with small square brick cupola at the east end. The architect was L H Ledford and the contractor was H L McCaskill. The building was renovated in 1970 to 1973 and in 1987 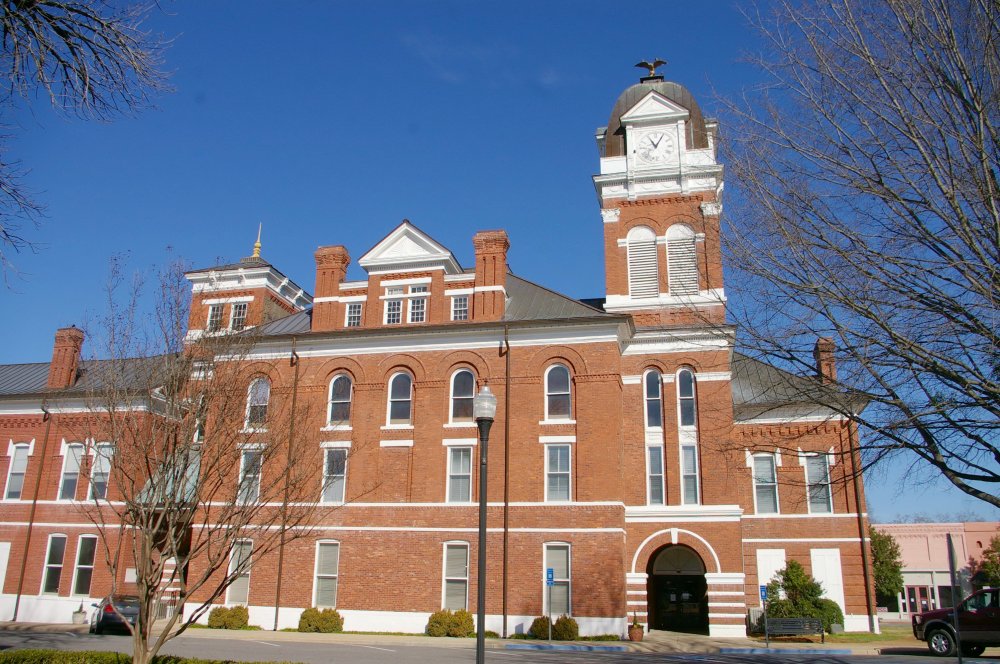 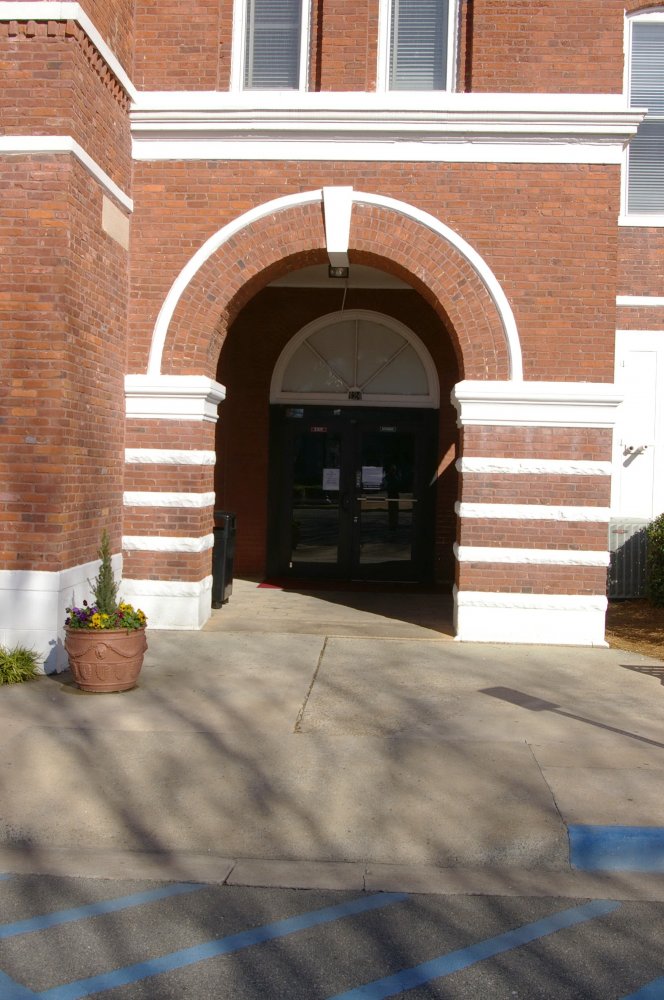 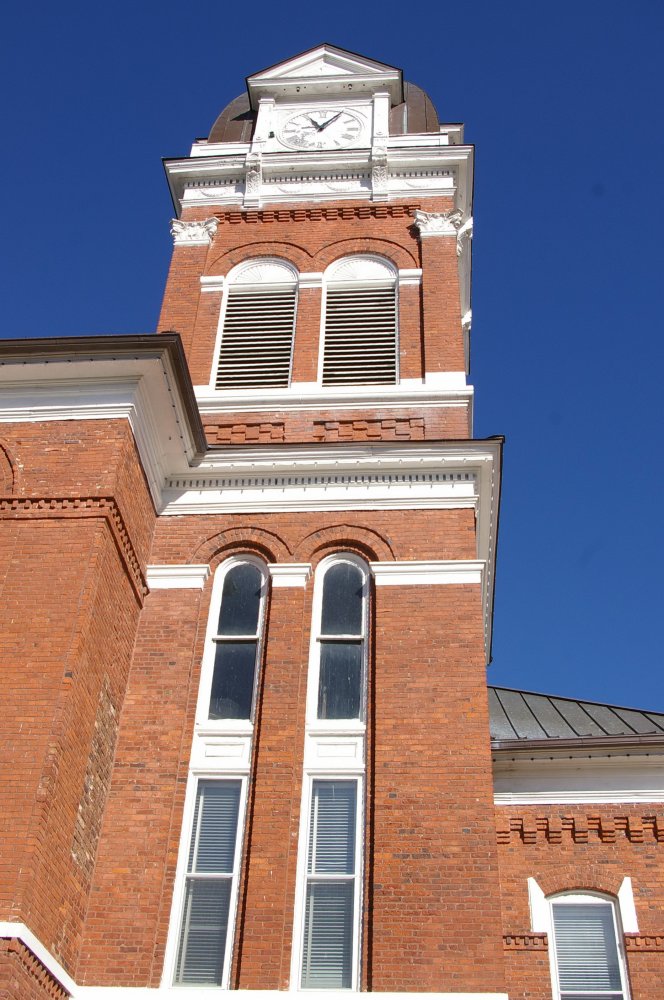 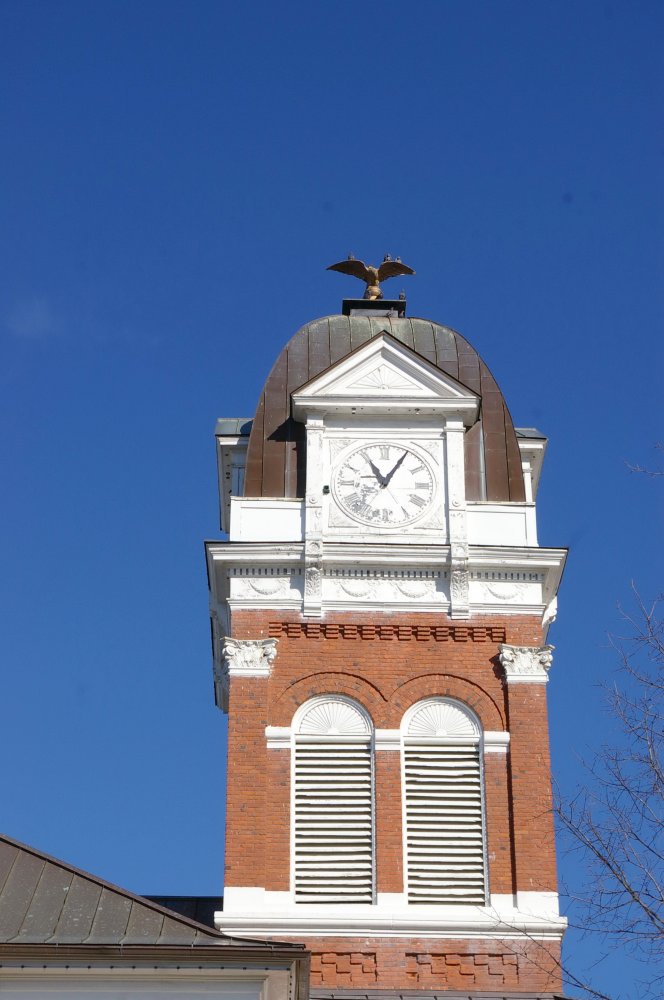 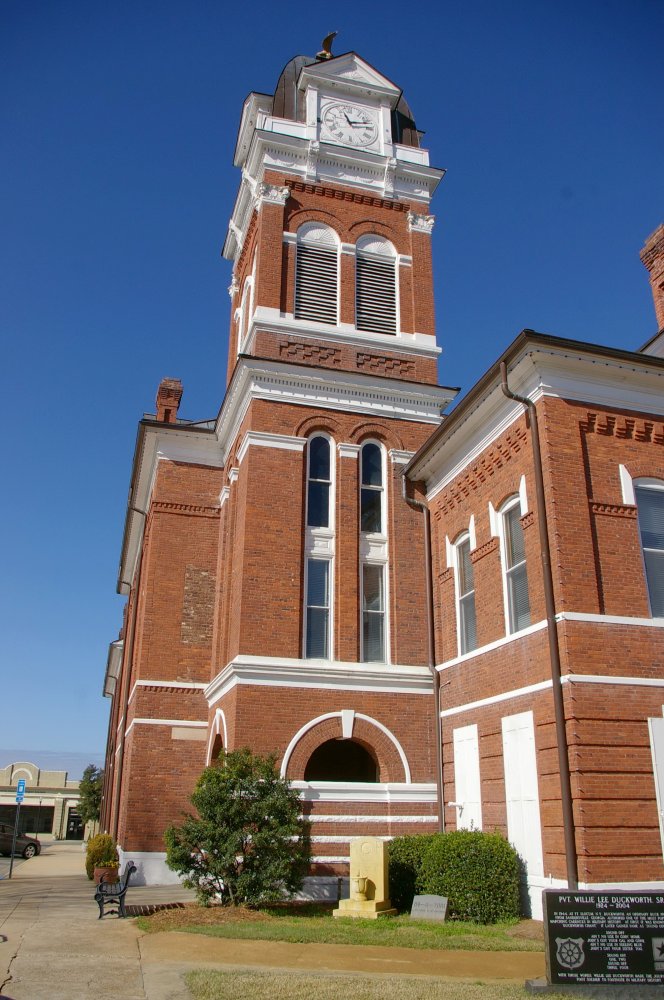 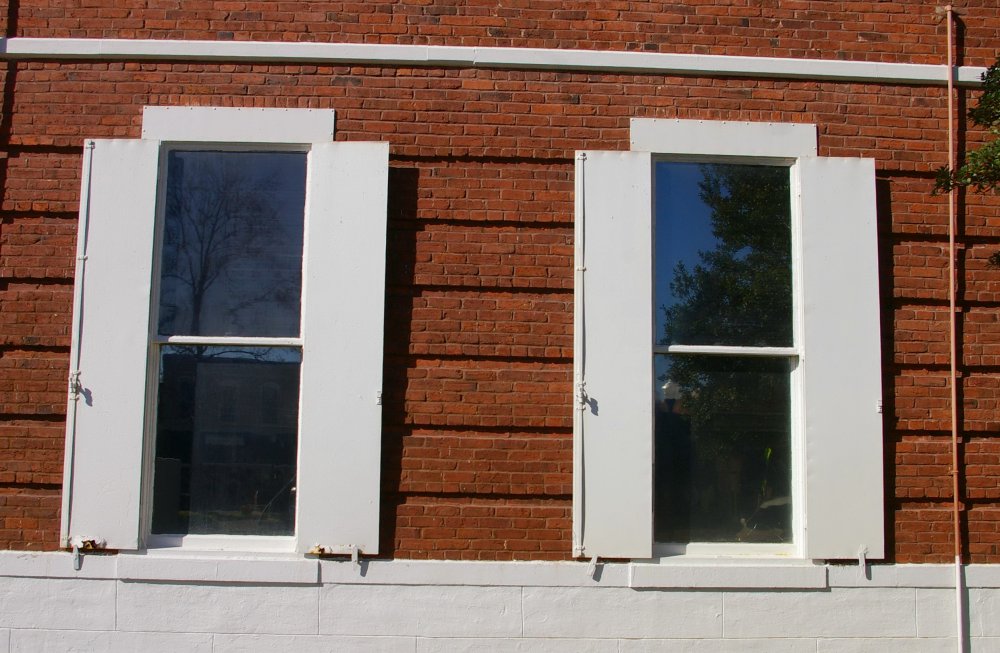 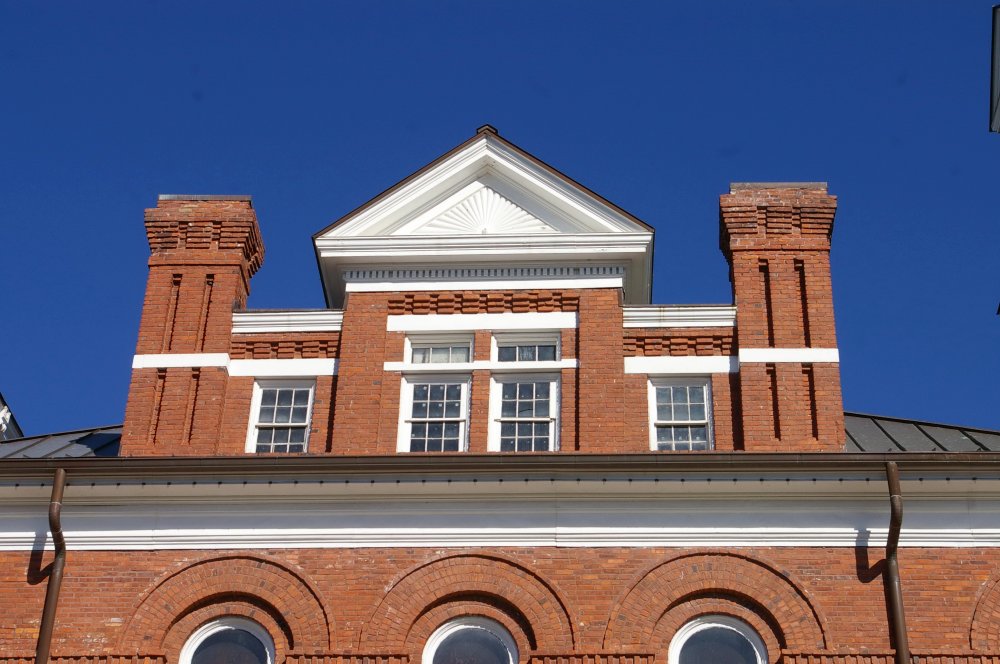 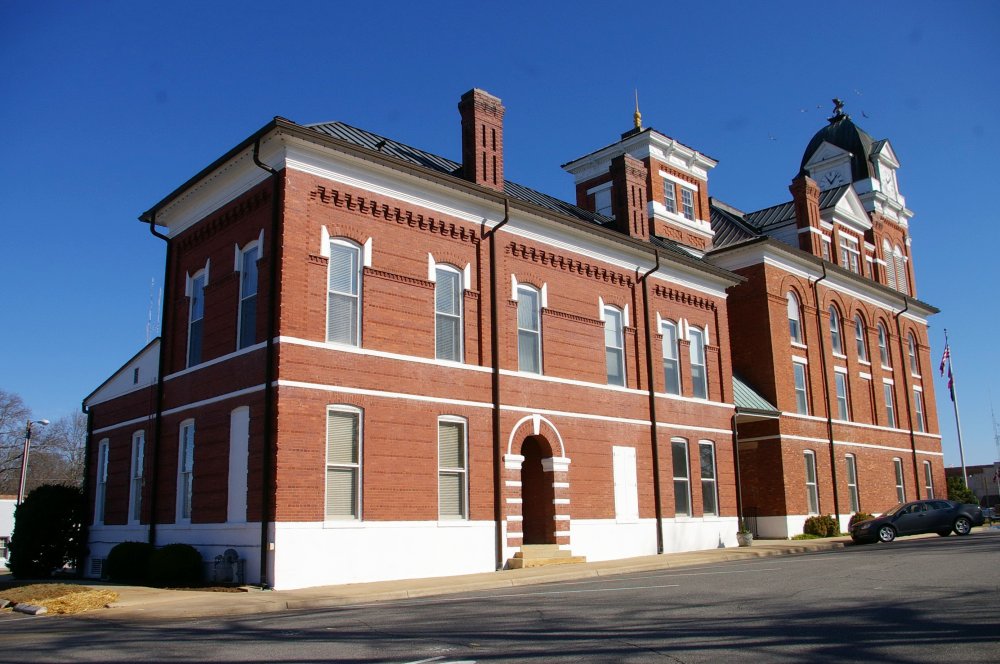 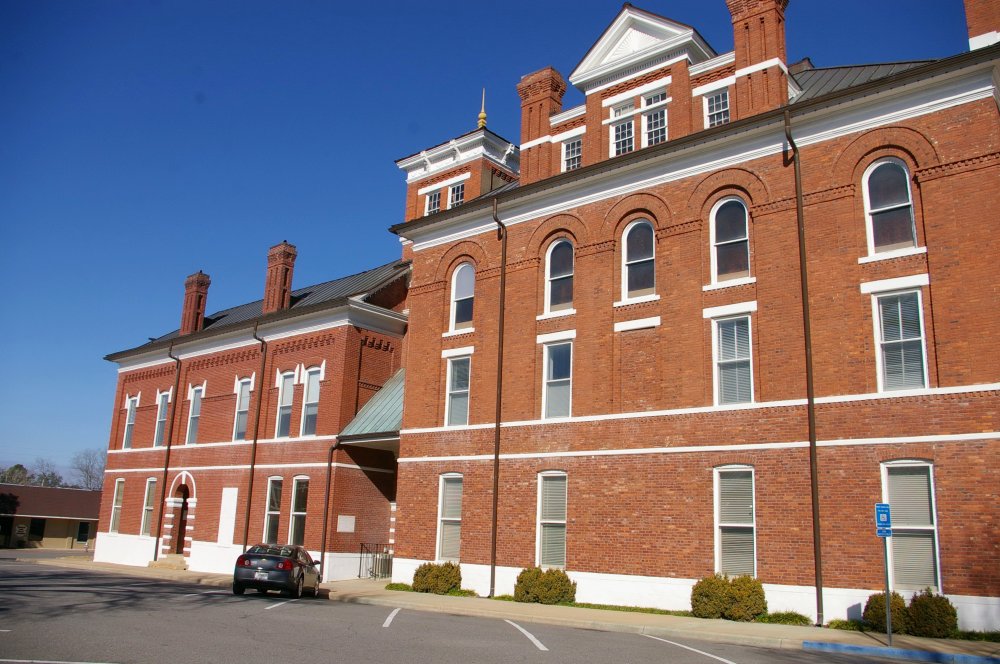 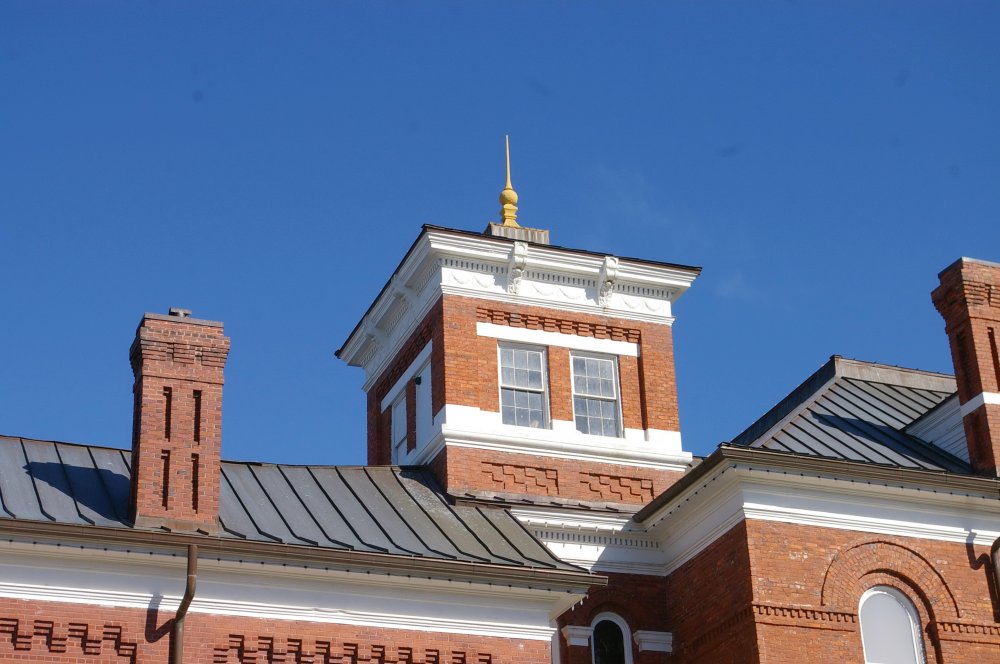 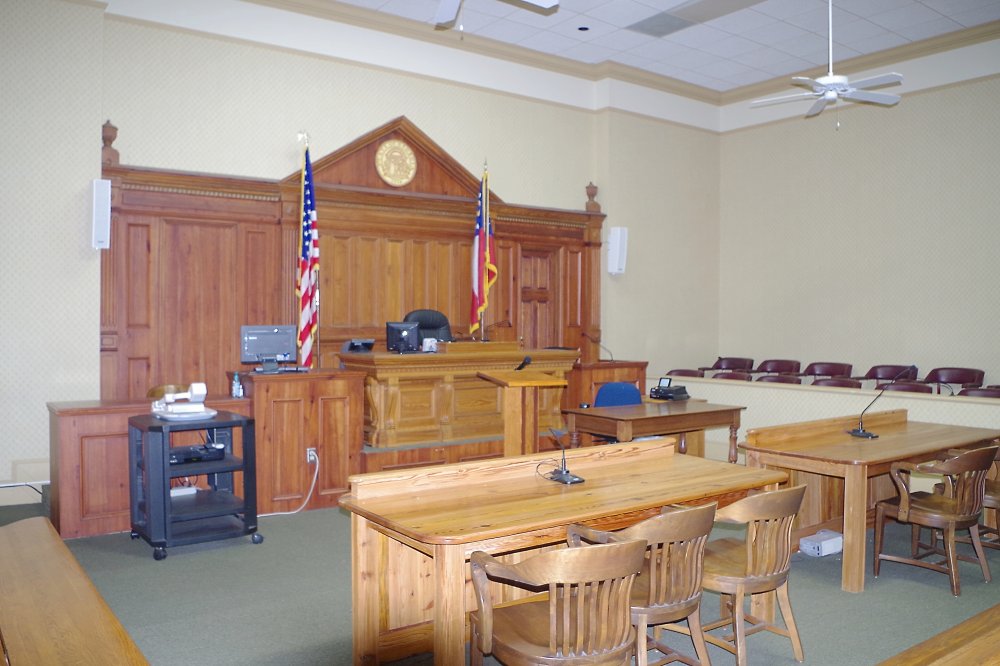 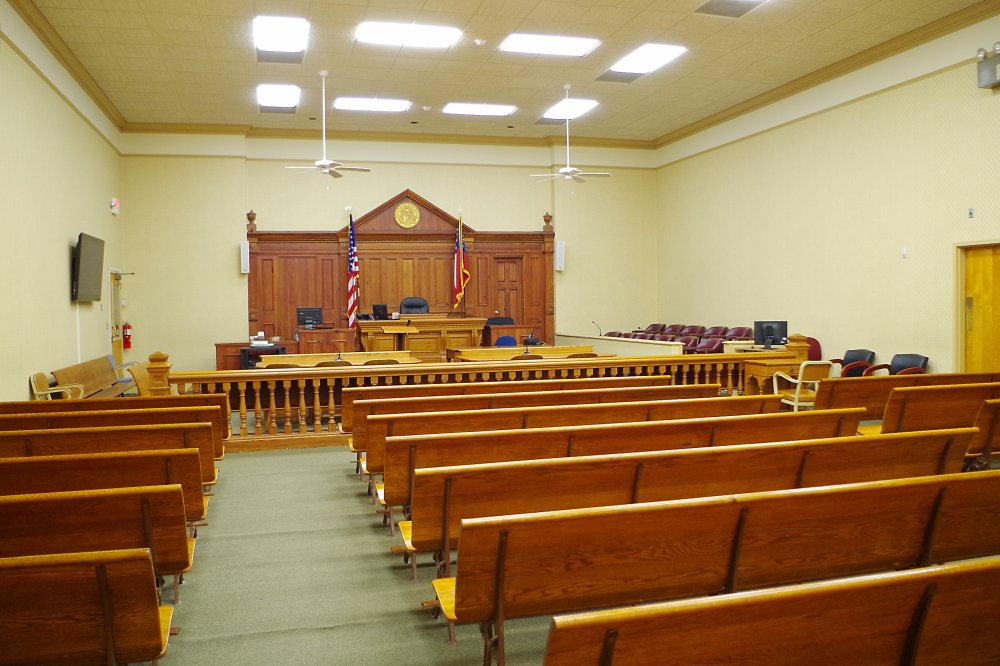 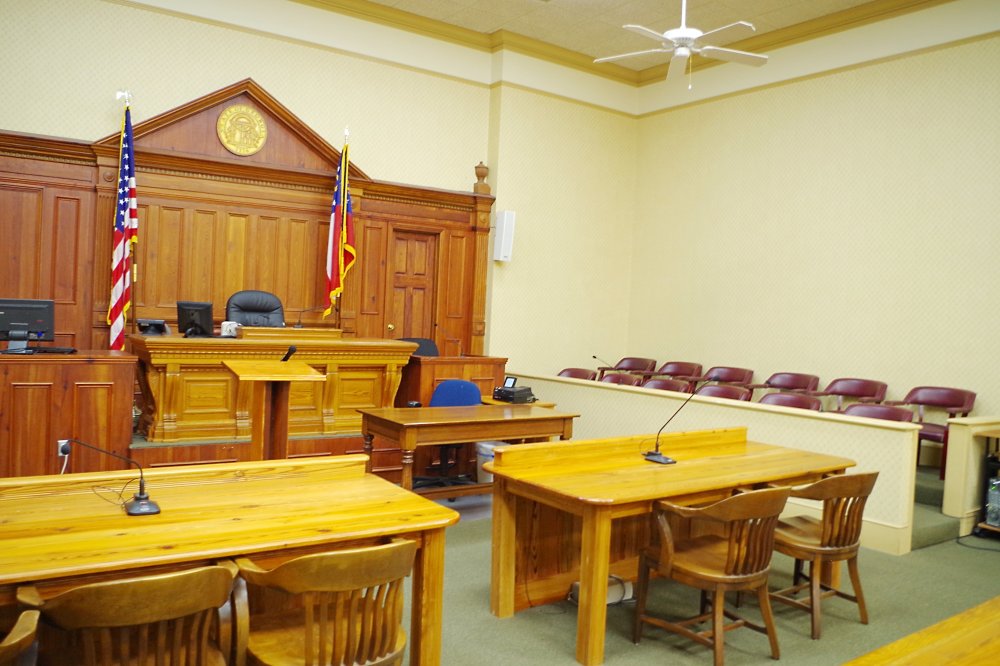 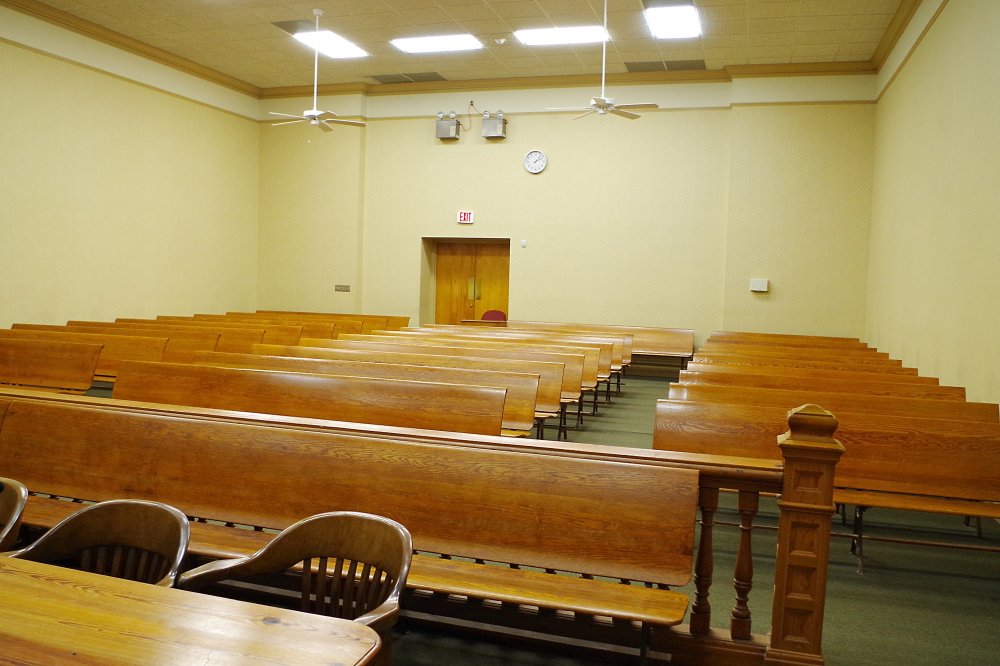 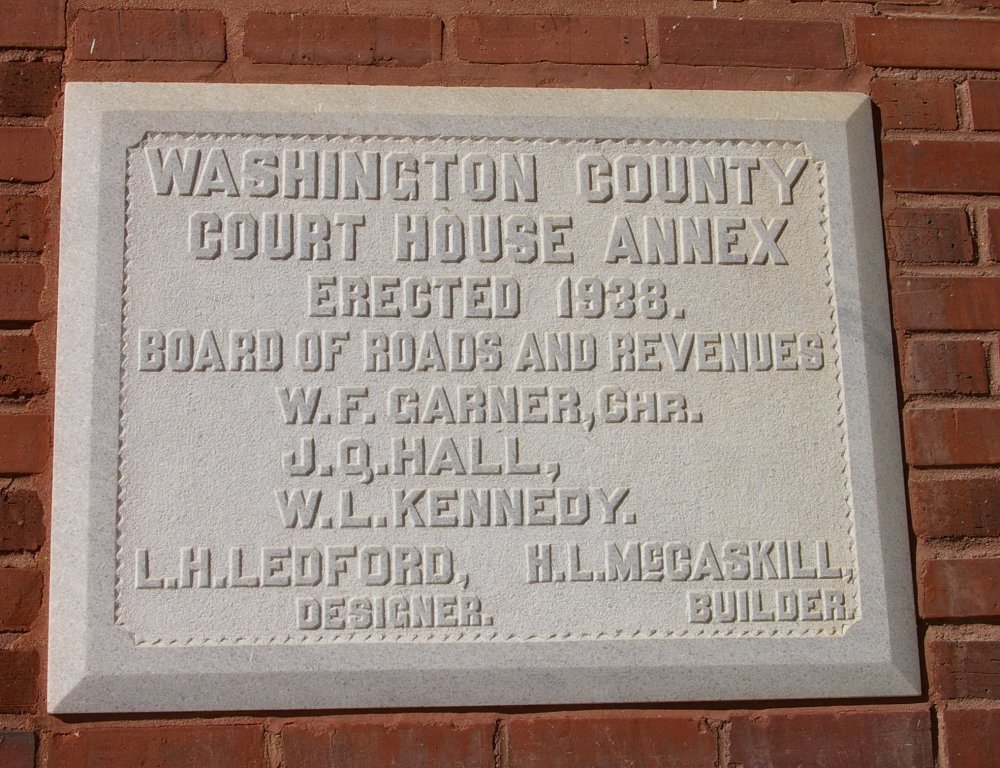