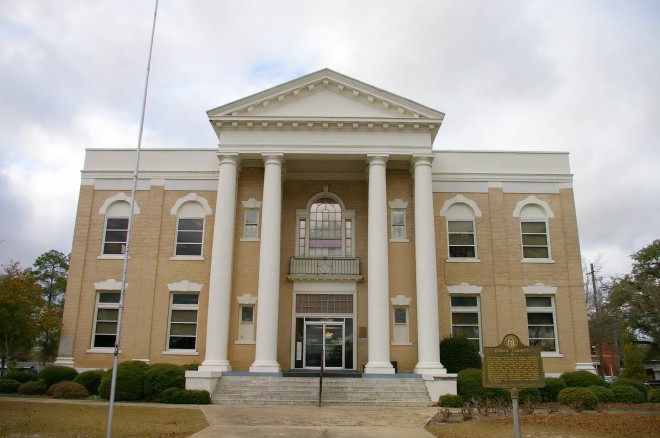 Dodge County is named for William Dodge, who was a New York congressman and who purchased a large amount of land in the county.

Description:  The building faces south and is a three story buff colored brick and concrete structure. The building is located on landscaped grounds in the center of Eastman. The south front and north side have porticoes with tall columns rising to a pediment at the roof line. On the second story is a small balcony with large arched window. The second story windows are arched. A wide horizontal; band runs along the flat roof line. 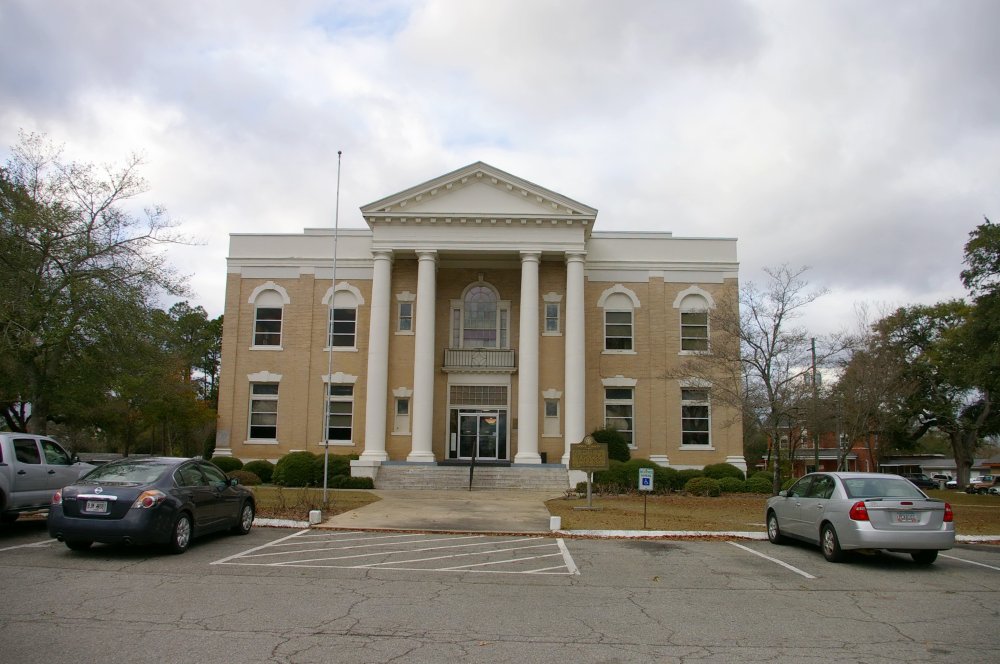 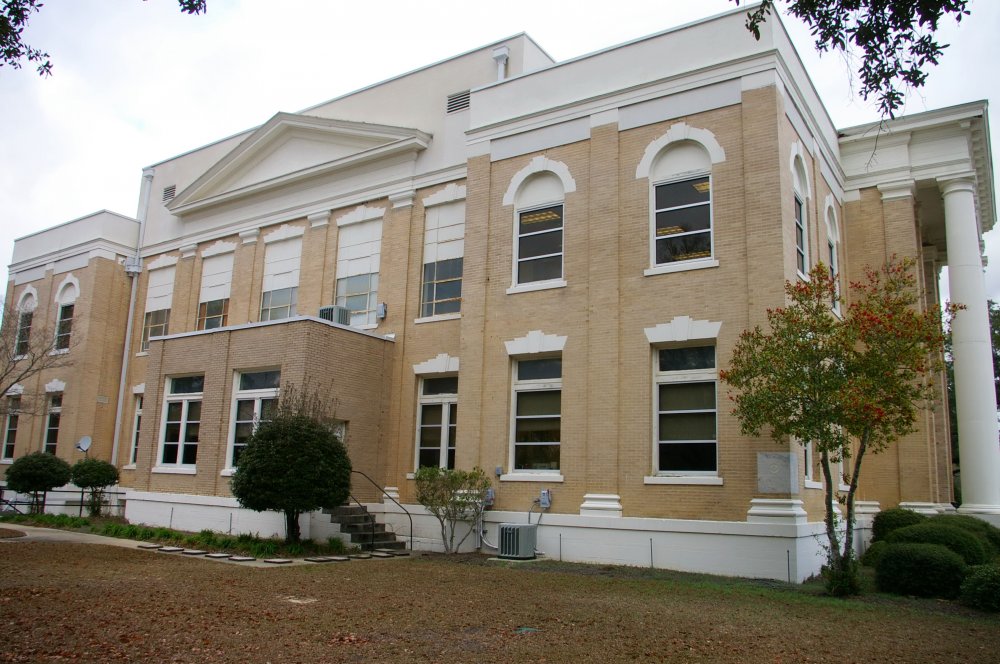 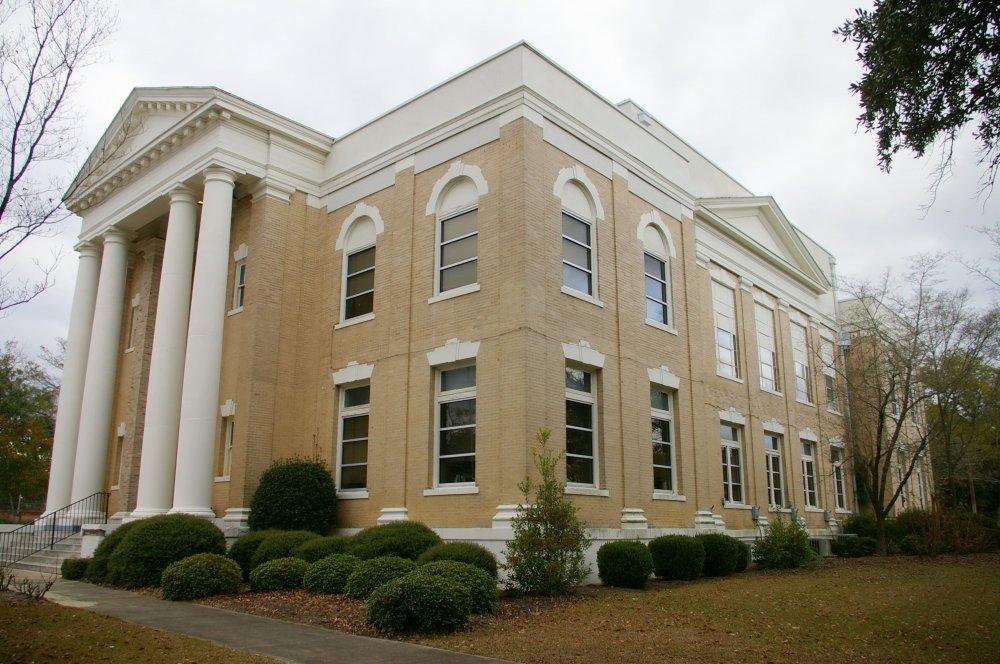 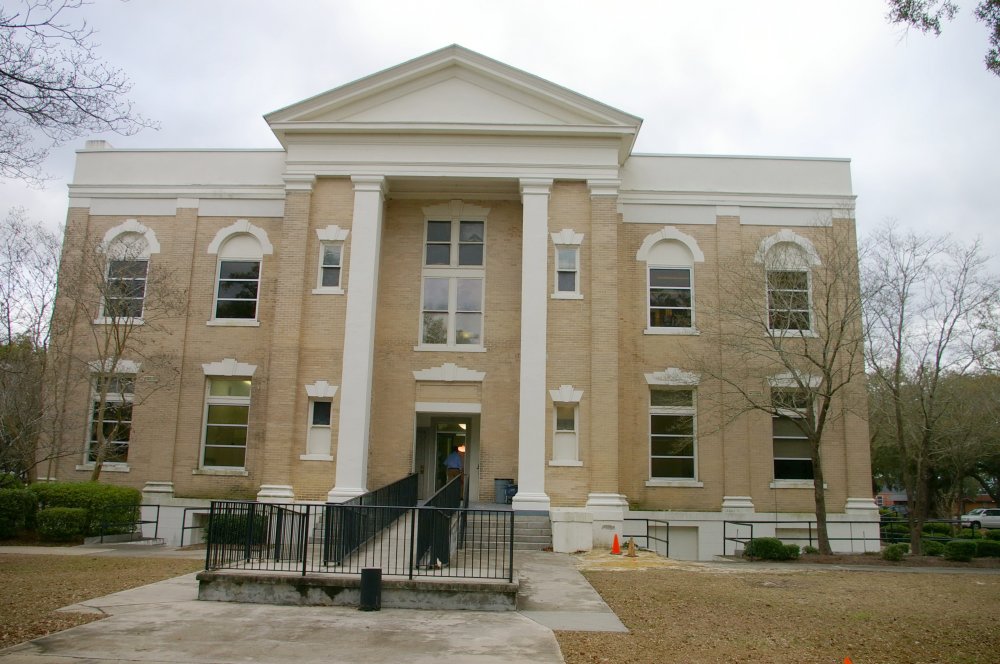 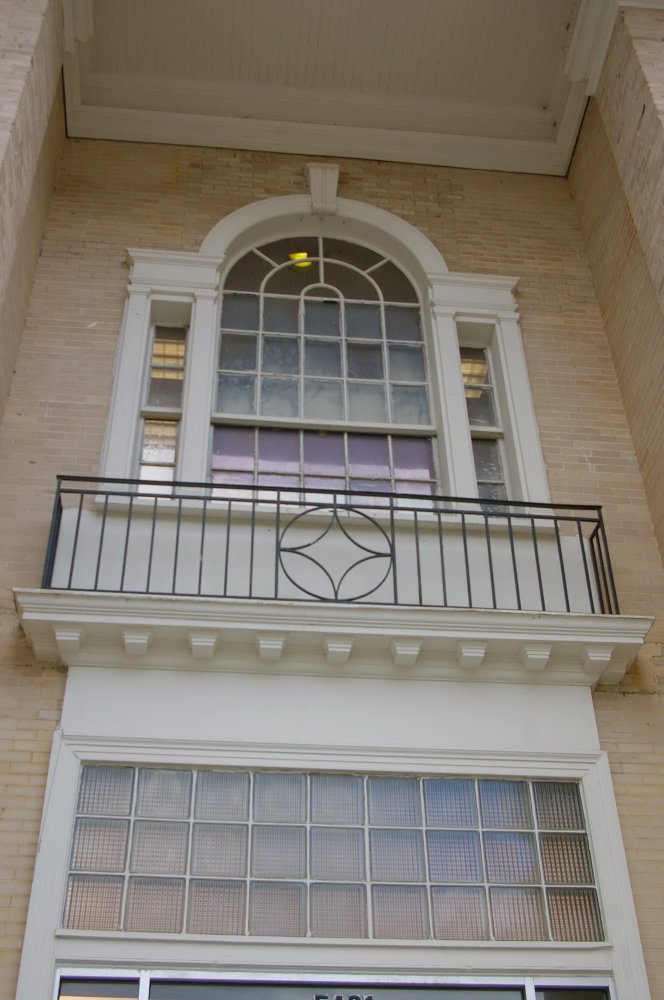 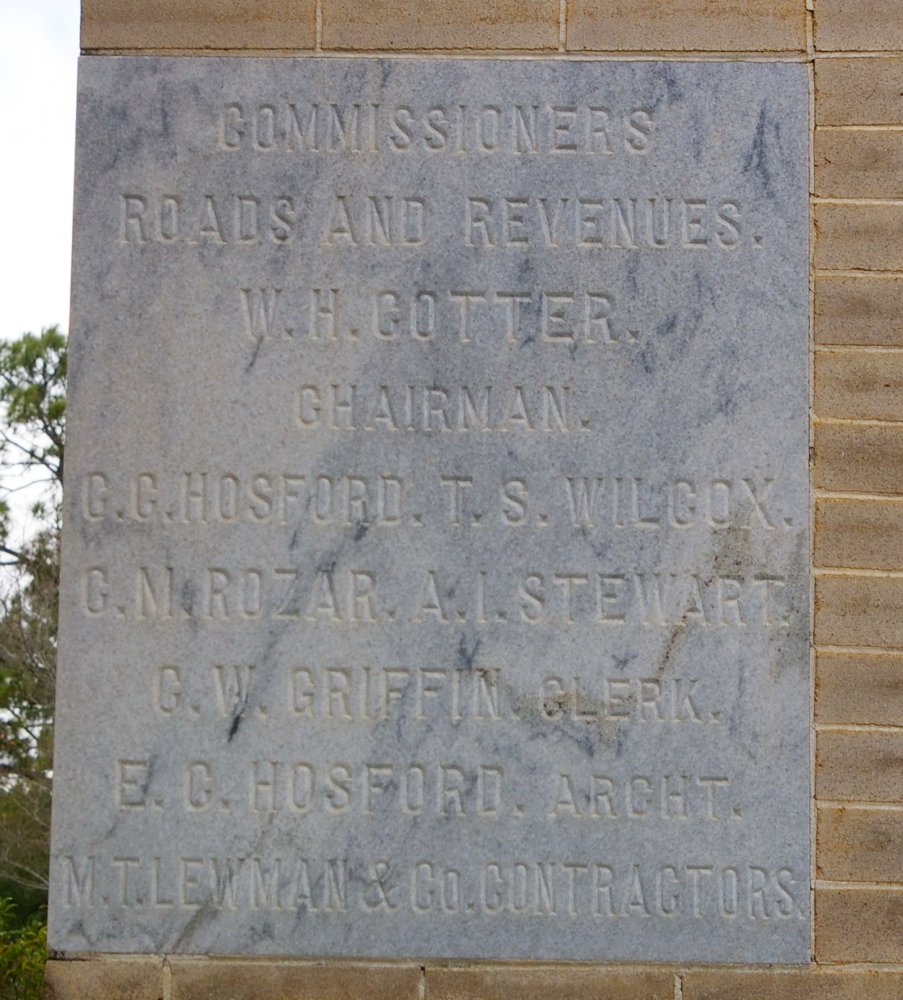 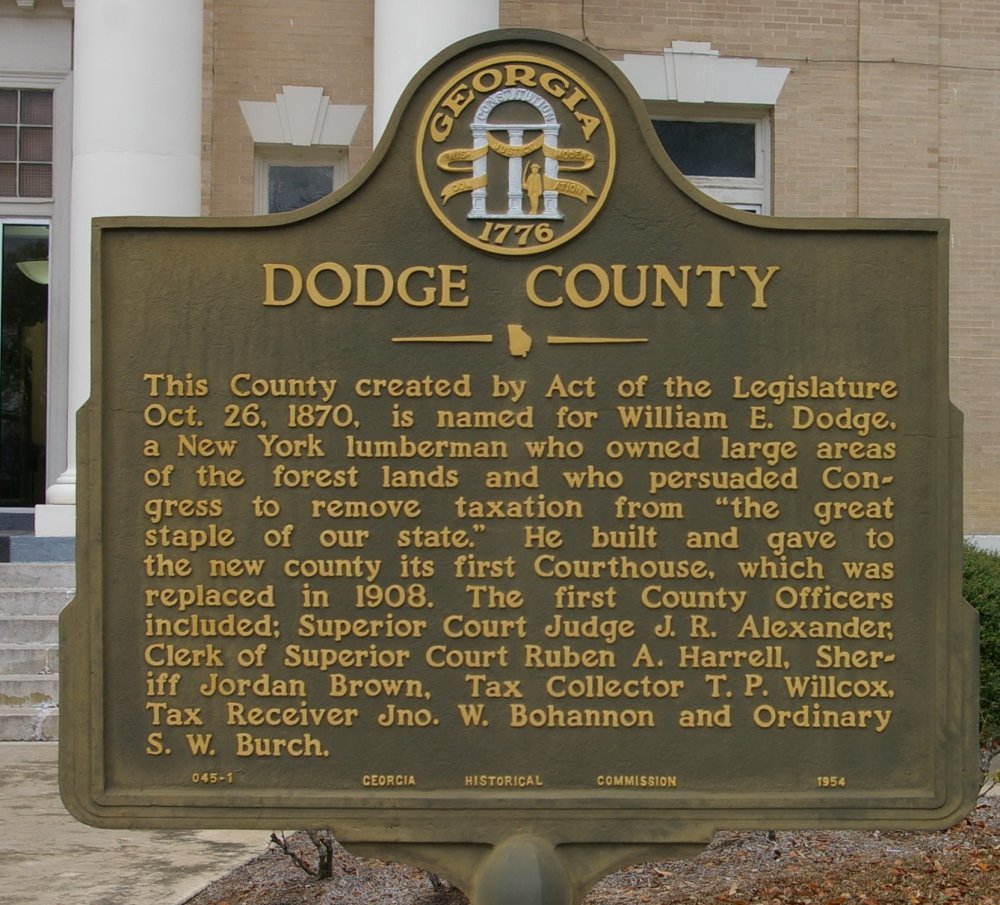