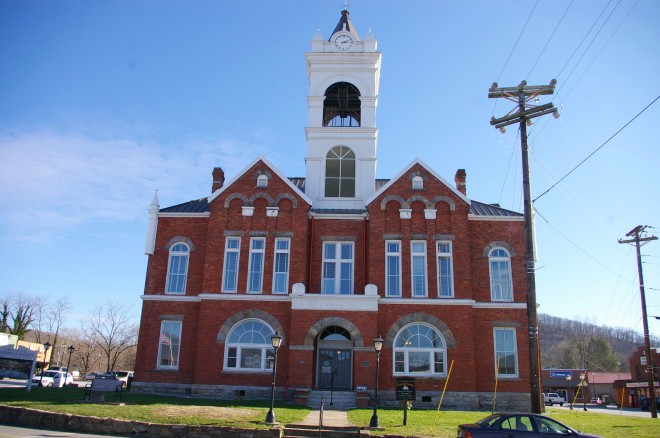 Union County is named for the Federal Union showing loyalty to the national government.

Description:  The building faces northwest and is a two story red colored brick and stone structure. The building is located on landscaped grounds in the center of Blairsville. The northwest front has a one story porch with arched entrance. On either side are projecting sections which rise to peaks at the roof line. Above the central front is a high square bell tower with clock and steep roof at the top. Note:  The highest point in Georgia is Brasstown Bald Mountain at 4784 feet ( 1458 meters ) which is located in the county.