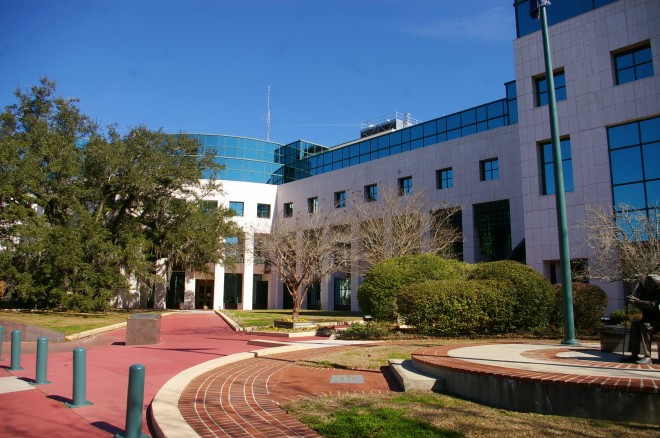 Leon County is named for Ponce de Leon, who was the Spanish discovered of Florida. 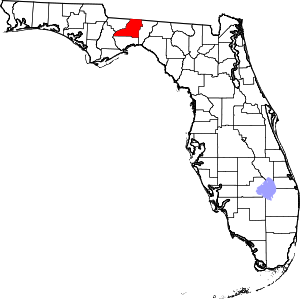 Description: The building faces west and is a four story concrete and glass structure. The building is located on landscaped grounds in the center of Tallahassee. The central entrance on the west side side has a rounded section with high square arches rising three stories with blue colored glass panels on the fourth story. The southwest section projects westwards. The roof line is flat. In the interior is a rotunda rising to a domed roof. In the interior, the halls runs along the exterior glass walls. There are seventeen courtrooms. The building houses the County Circuit Court of the 2nd Judicial Circuit and County Court.

See:  Florida Supreme Court and Court of Appeal are located in Tallahassee. 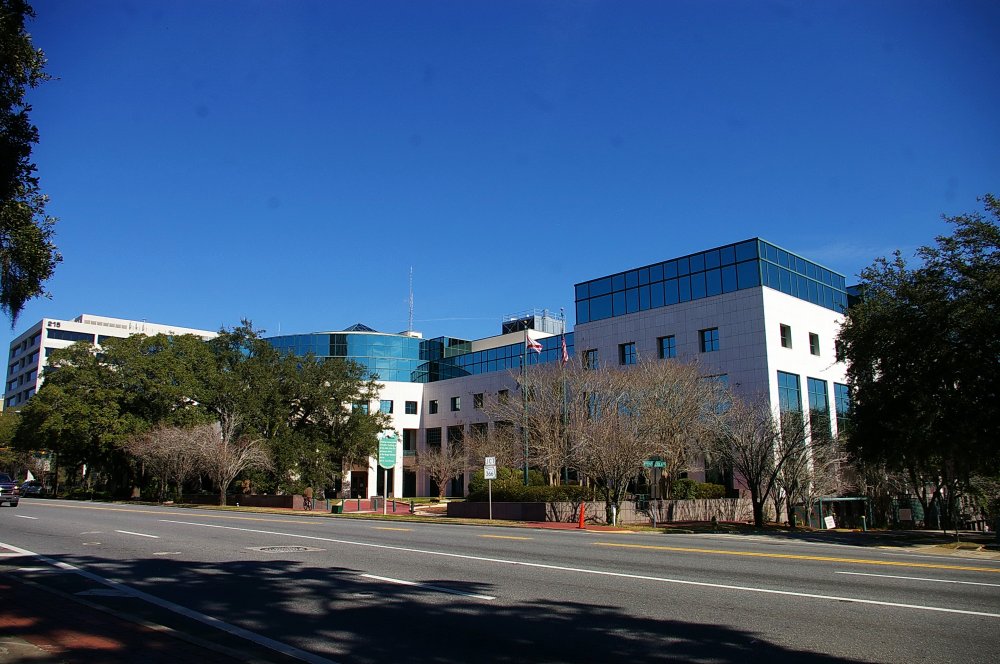 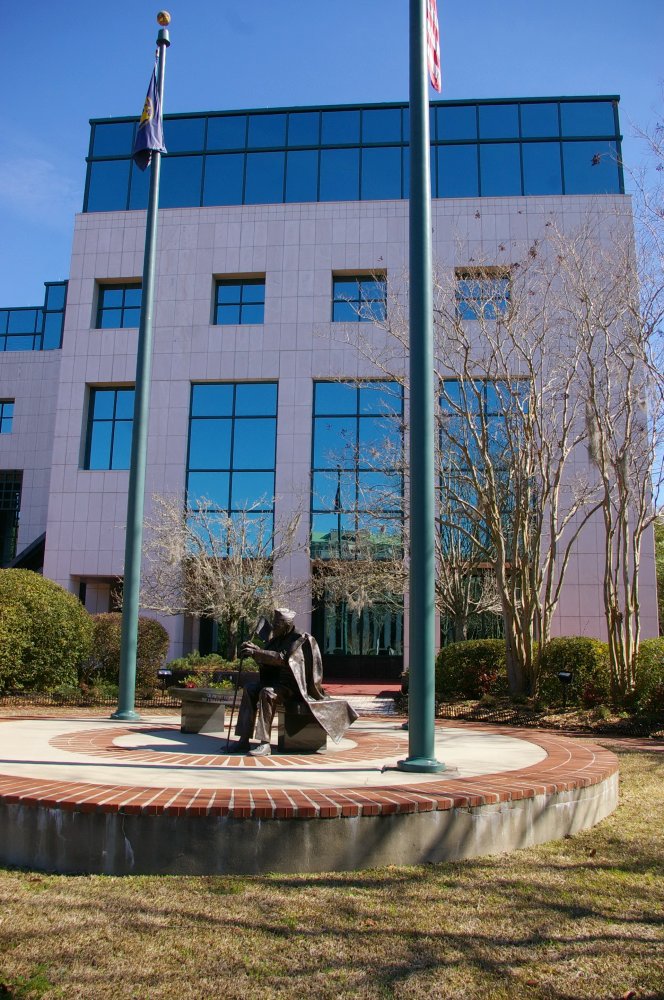 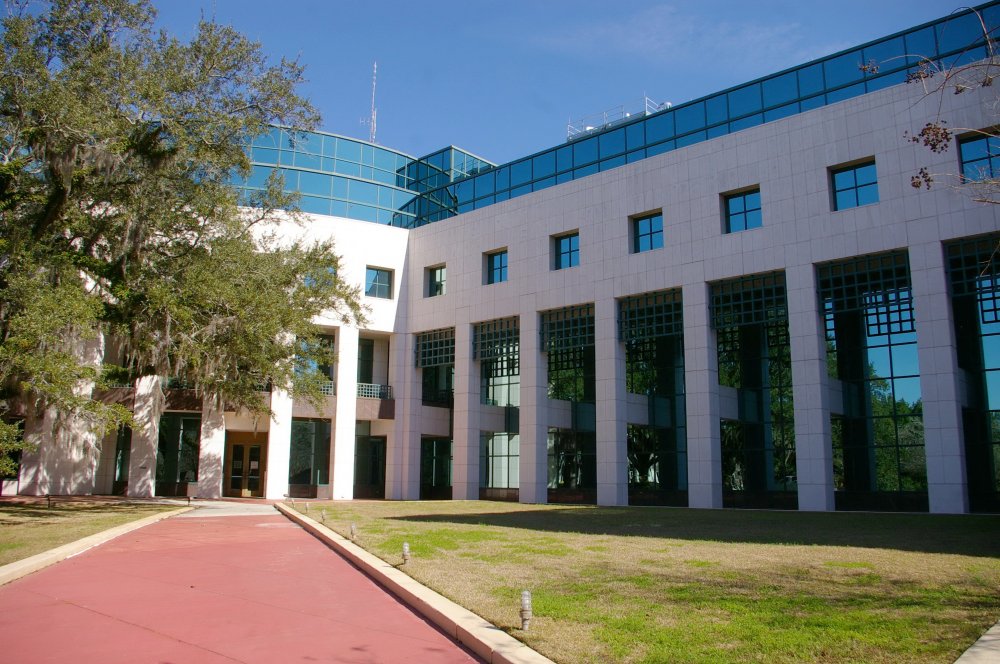 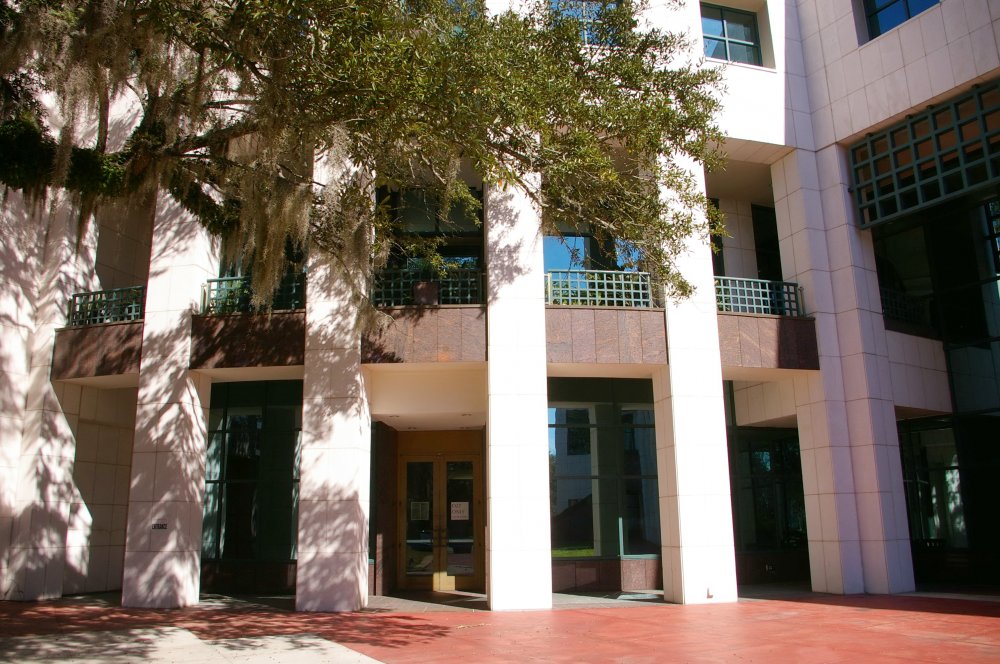 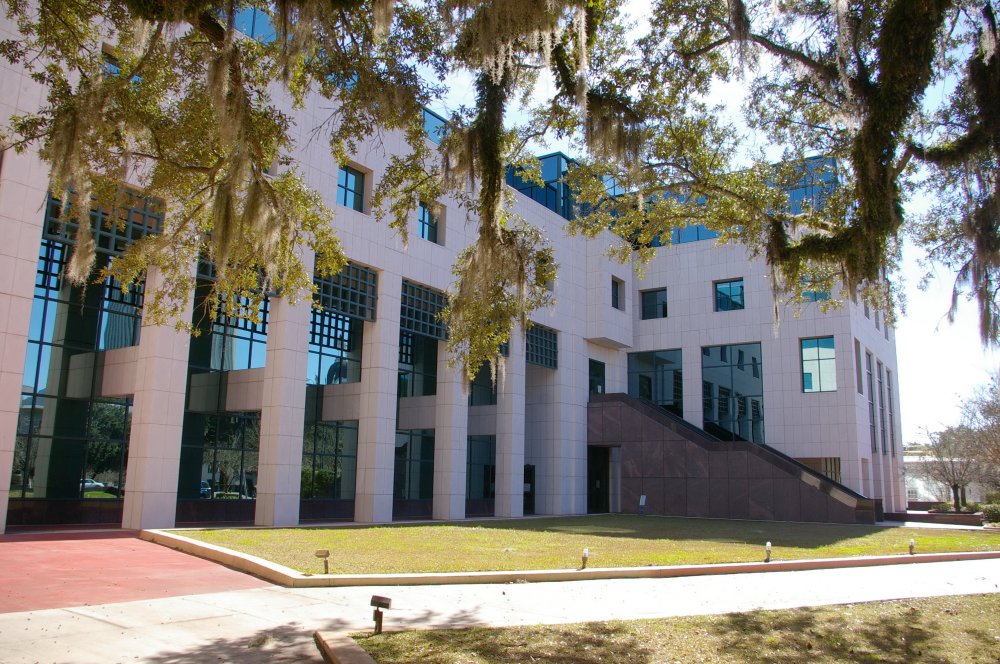 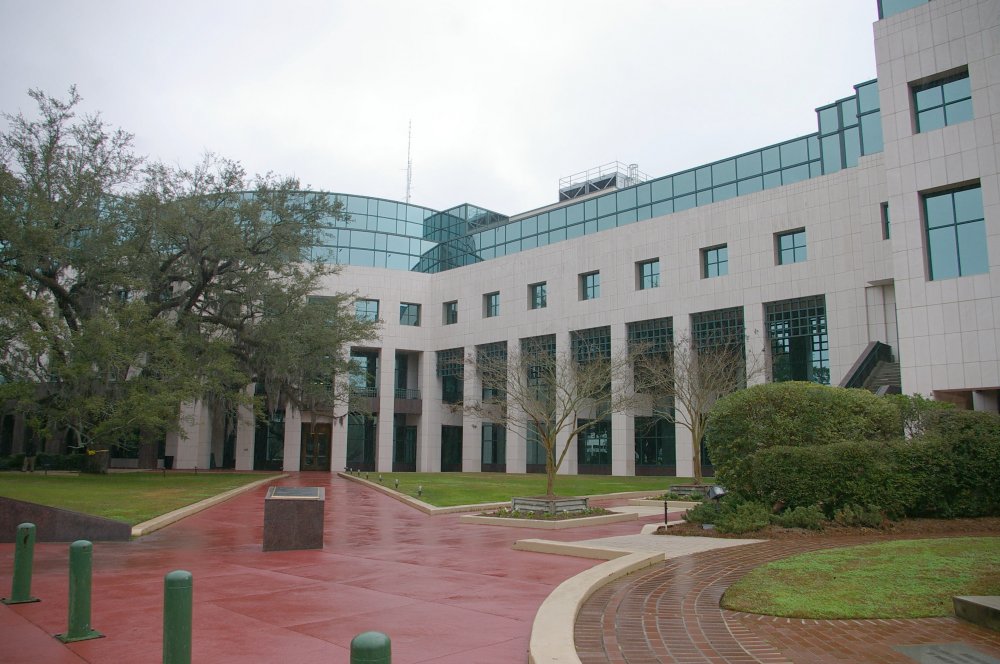 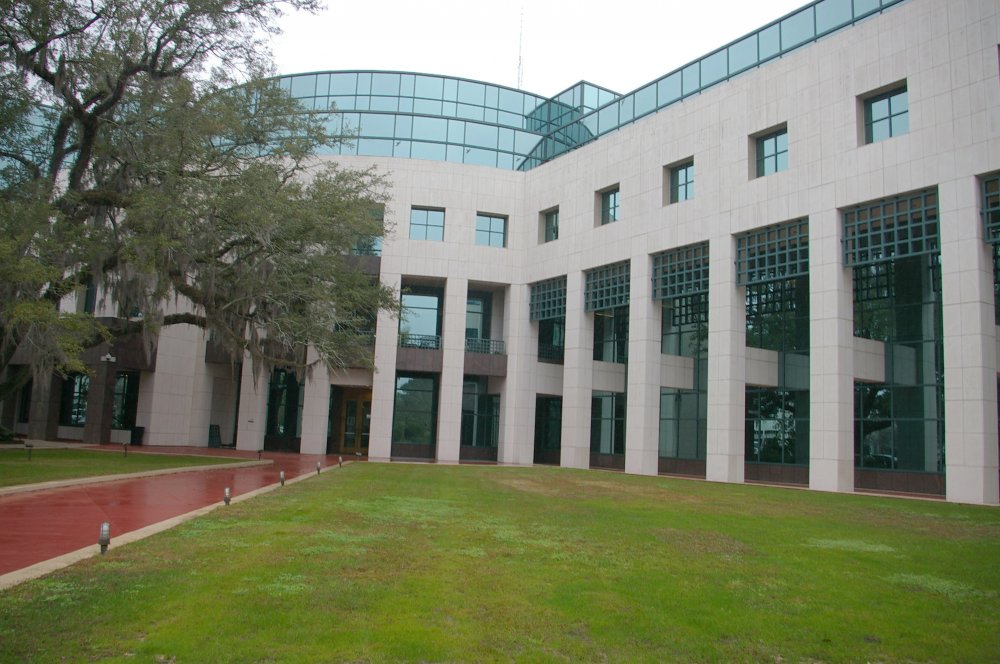 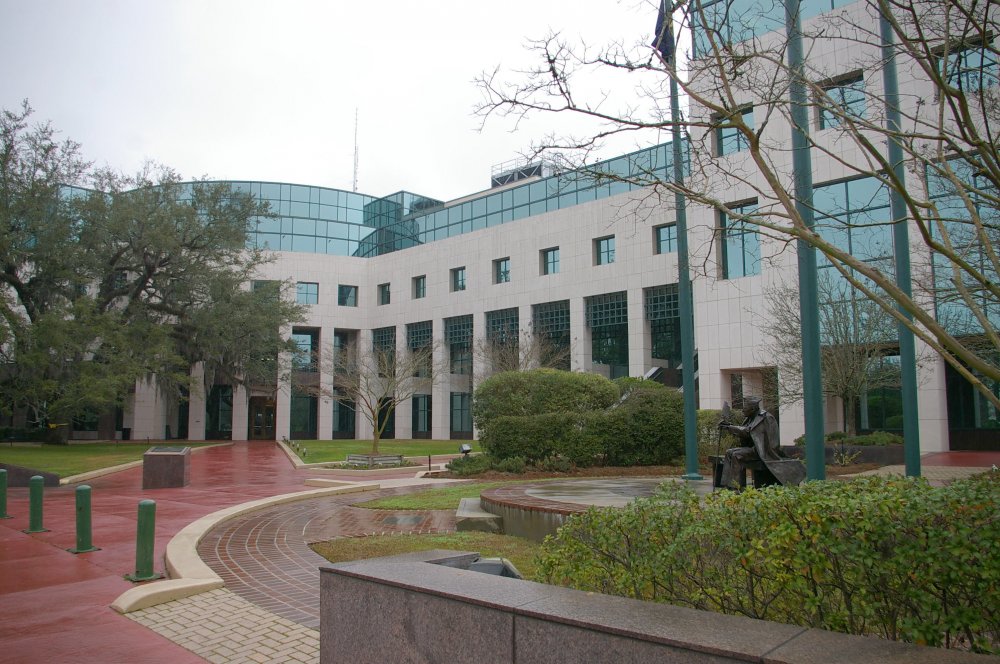 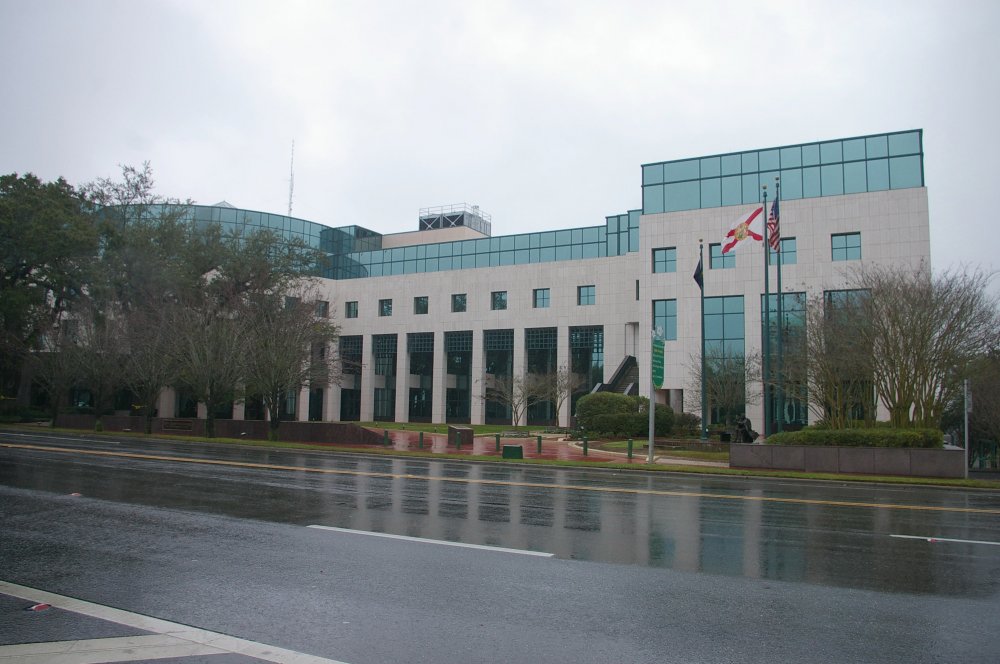