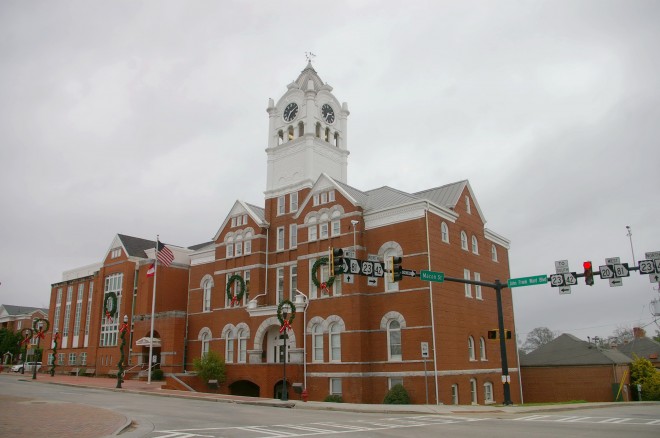 Henry County is named for Patrick Henry, who was a patriot during the American Revolutionary War.

Description:  The building faces south and is a three story red colored brick and stone structure. The building is located on landscaped grounds in the center of McDonough. The south front has a projecting large stone trimmed arch with recessed entrance at the center of the first story. On either side of the center section are projecting sections which rise to peaked roofs above the third story. Behind the center section rises a five story square clock tower with white colored brick and open section below the clock and steep roof. The roof is gabled. The building was reconstructed in 1980 to 11981. The architect was Nix, Mann & Associates, Inc. and the contractor was The Flager Company. The building was renovated in 2008. The architect was OJP Architects and the contractor was Headley Construction Corporation. On the west side is a modern two story red colored brick addition constructed in 2000 to 2003. 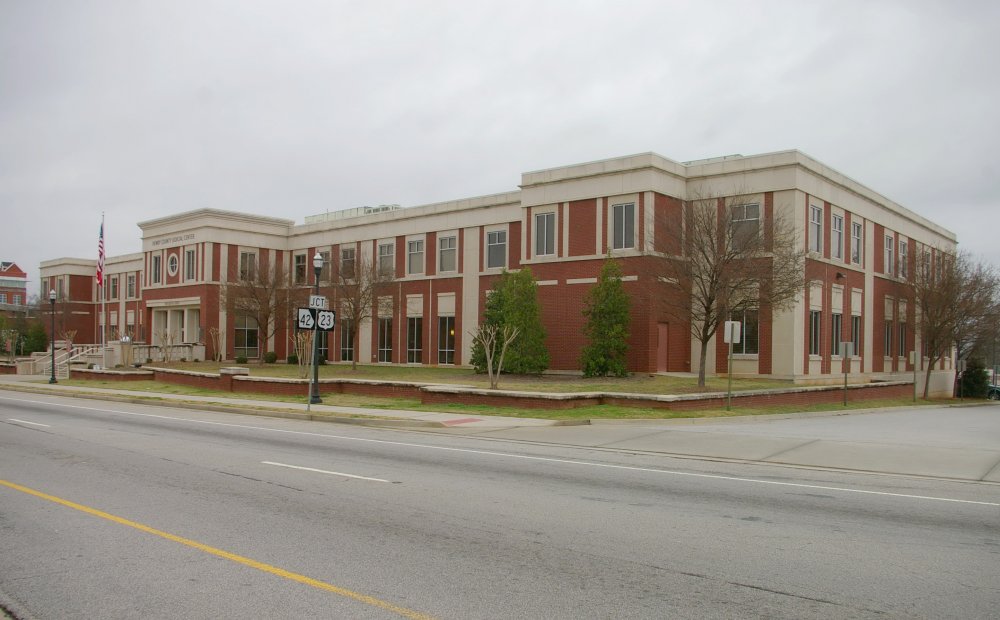 Description:  The building faces south and is a two story red colored brick and concrete structure. The building is located on landscaped grounds in the center of McDonough to the east of the courthouse. The south front has a projecting center section with three entrances on the first story. On the east and west sides of the front are projecting sections. There is a wide white colored band running below the roof line and vertical bands around the building. The roof line is flat. 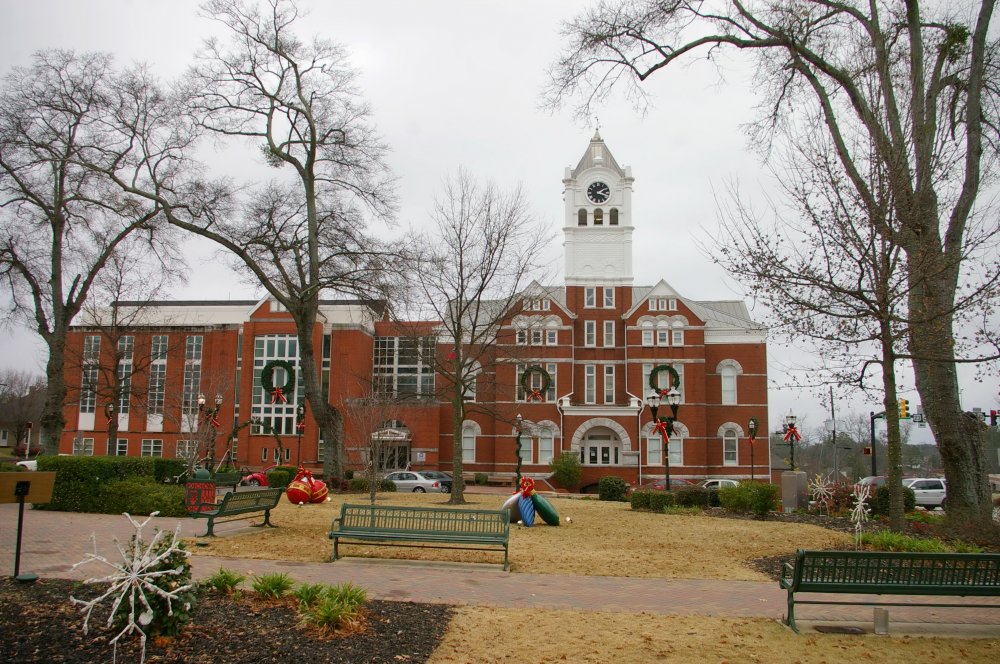 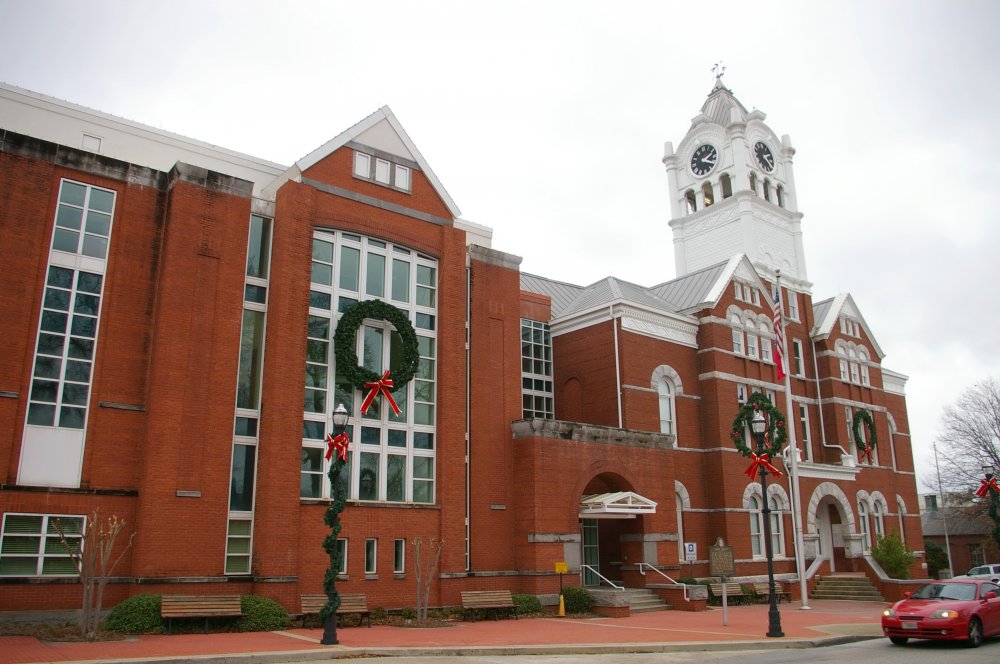 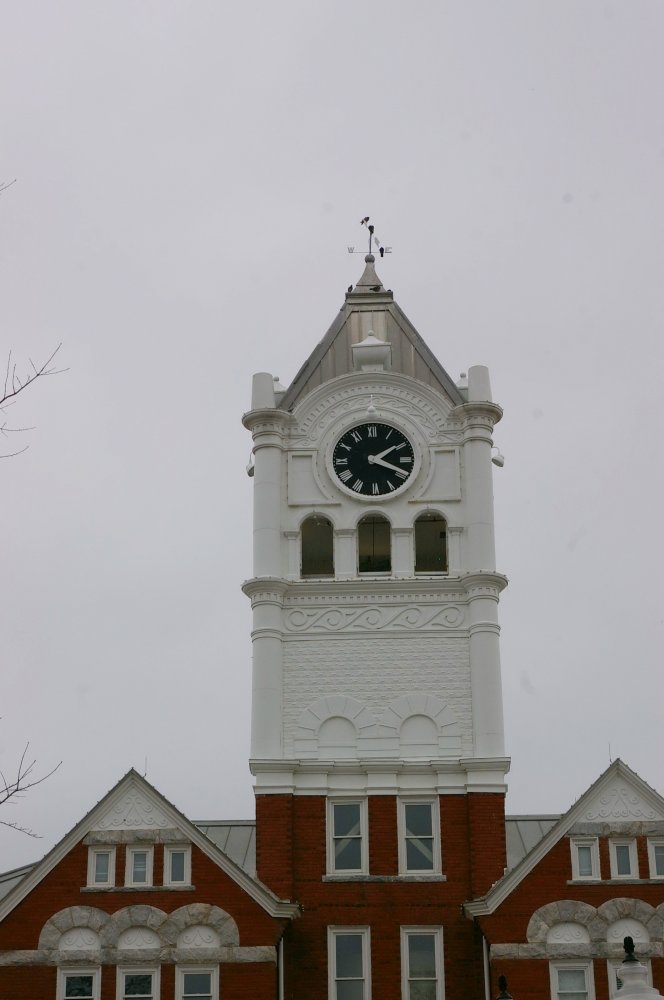 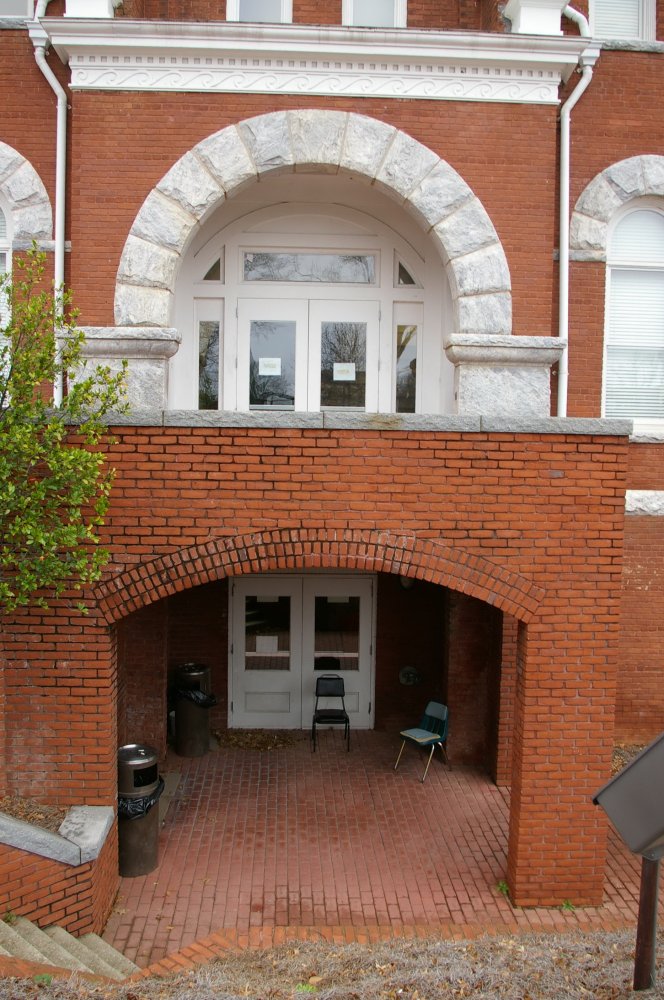 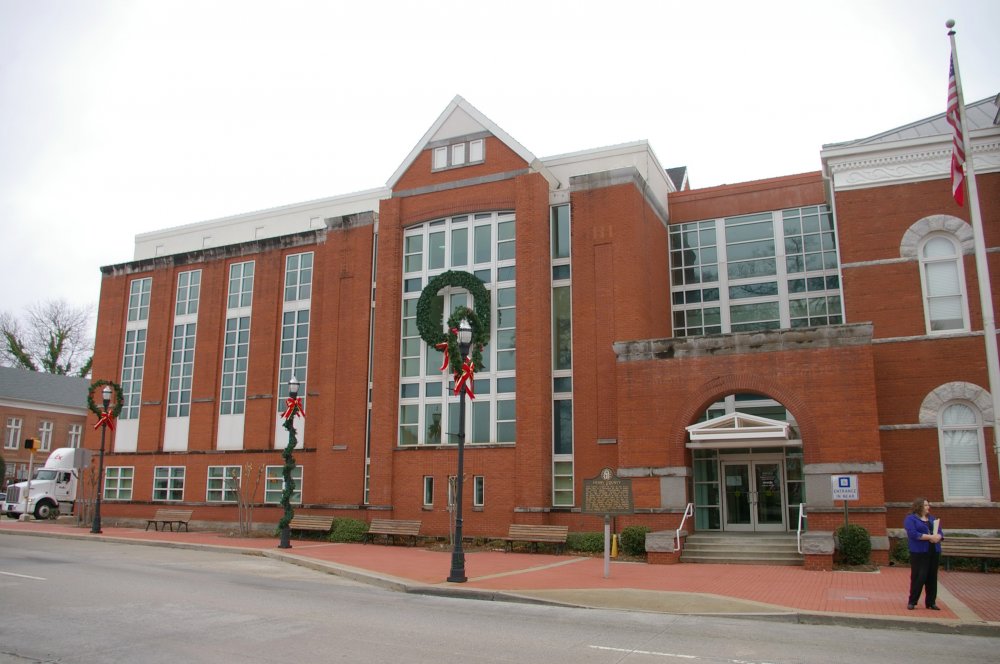 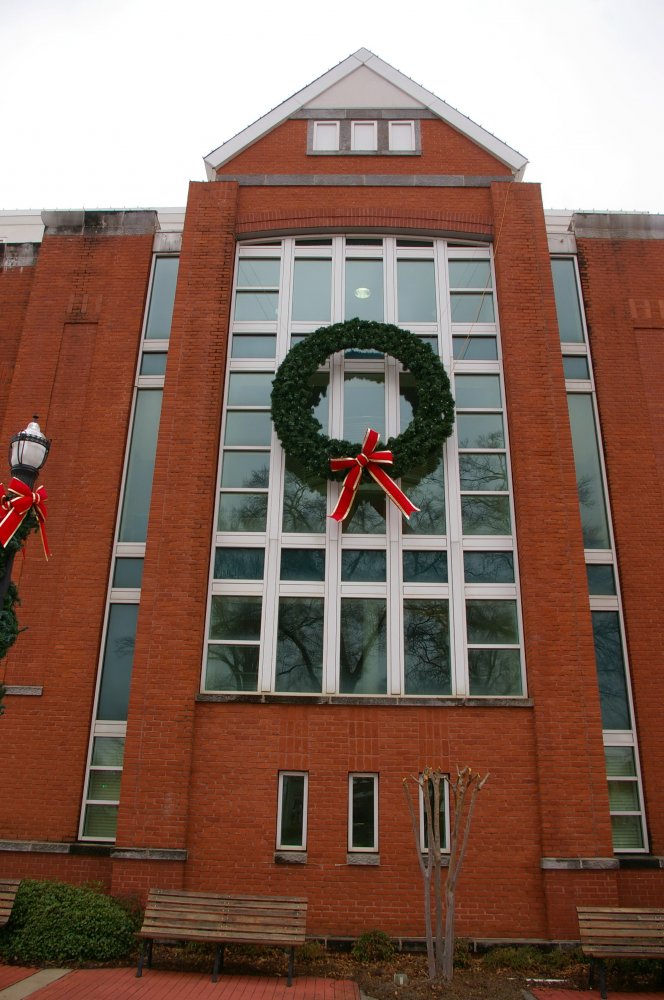 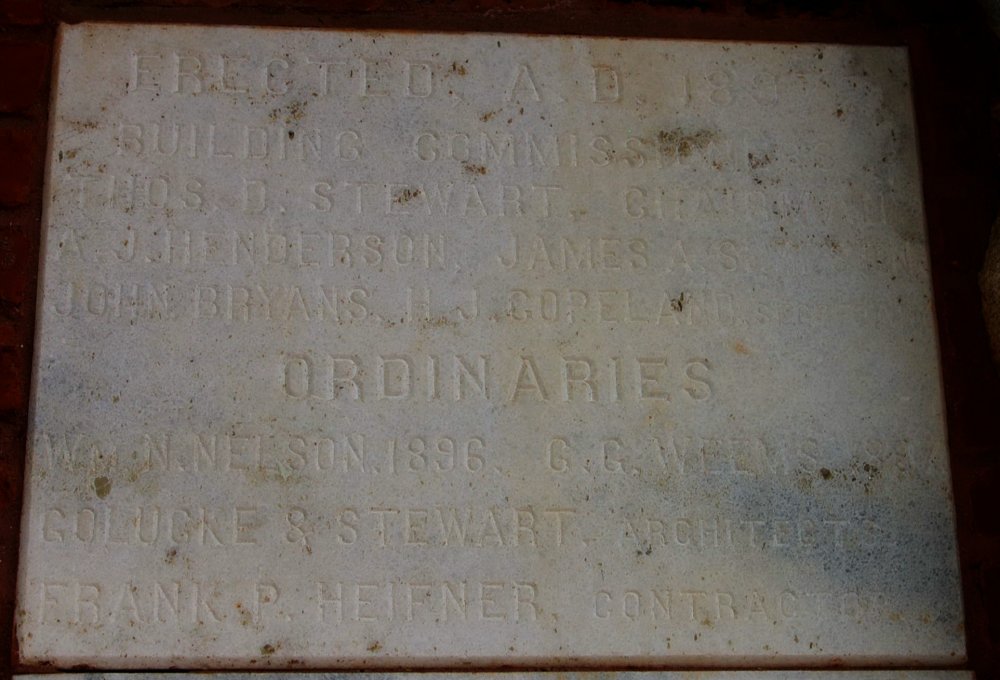 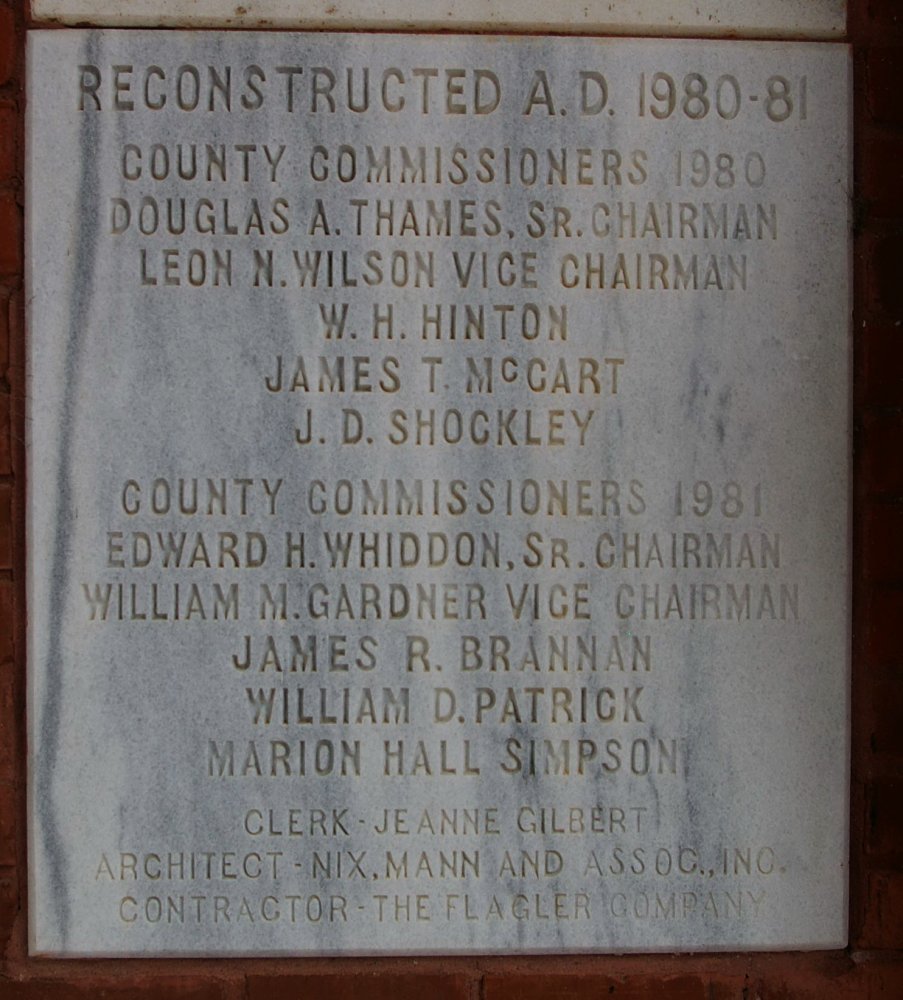 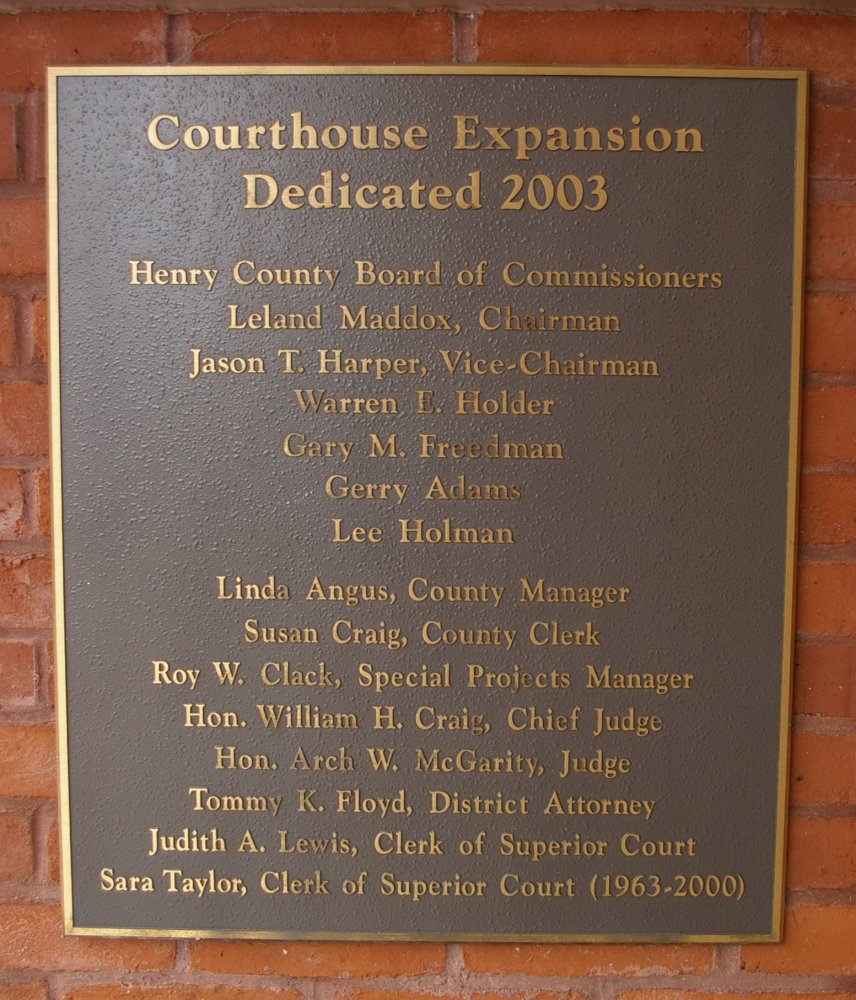 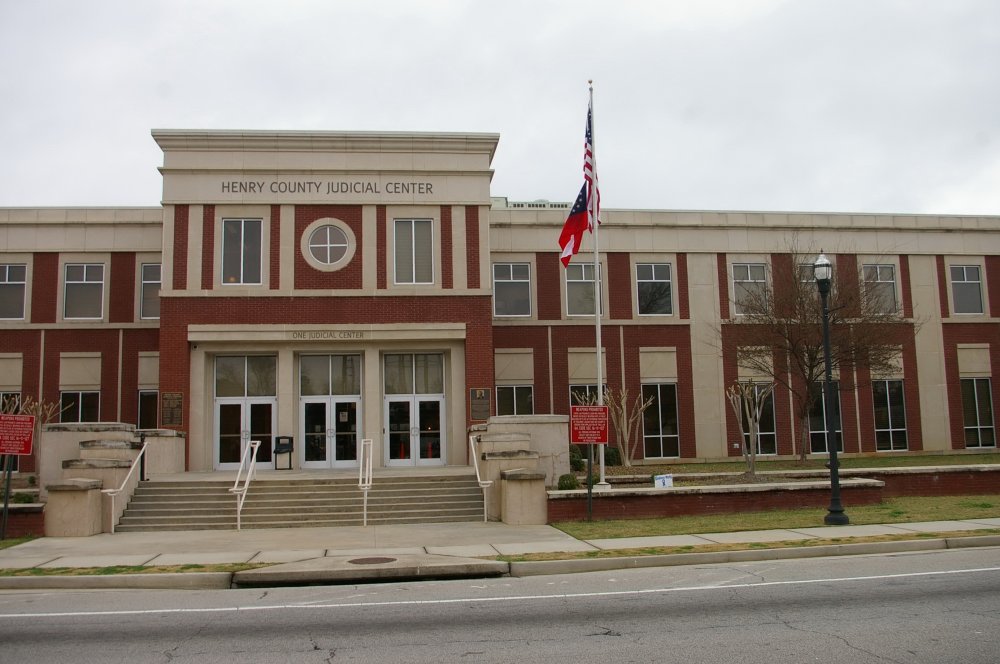 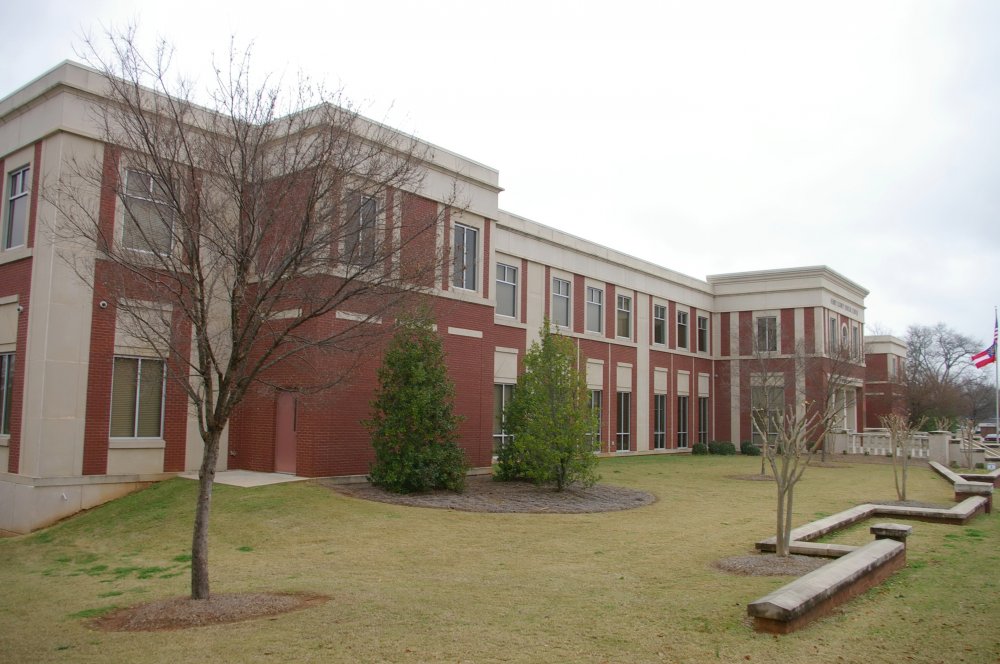 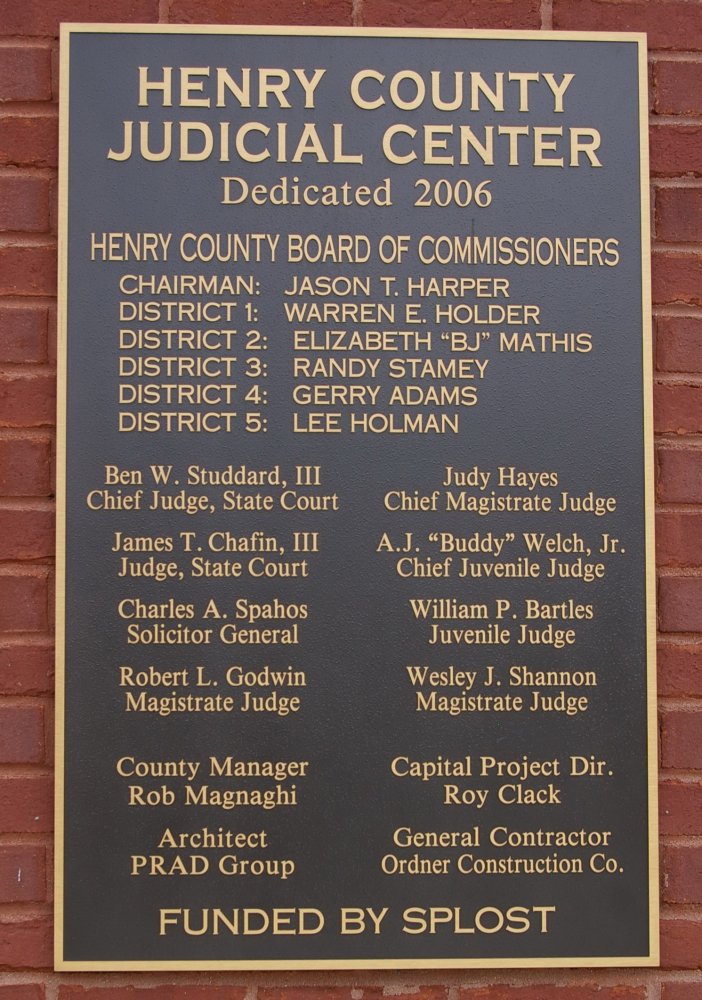